Crowleys/ All Kinds of Everything 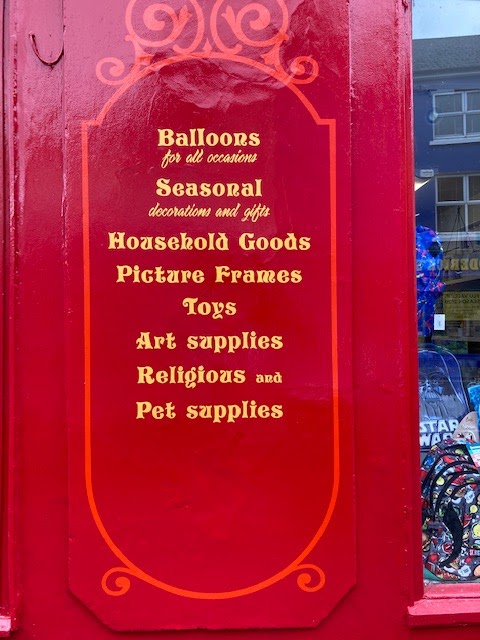 Here are some of the things you can buy in All Kinds of Everything. Martin Chute painted the sign. 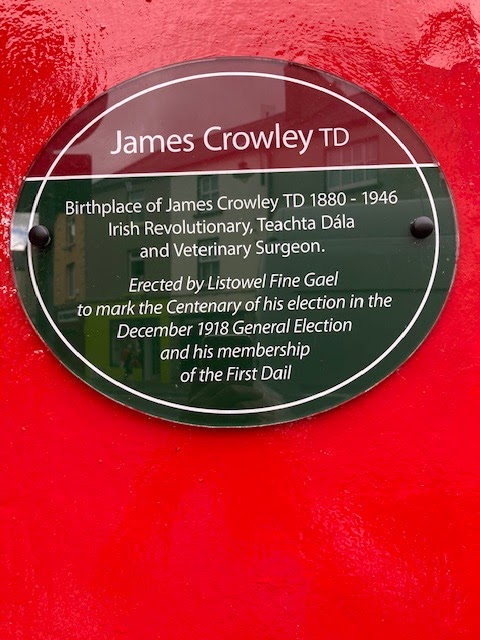 All Kinds of Everything is housed in the premises that was the birthplace of this local T.D.

New Shop in The Square 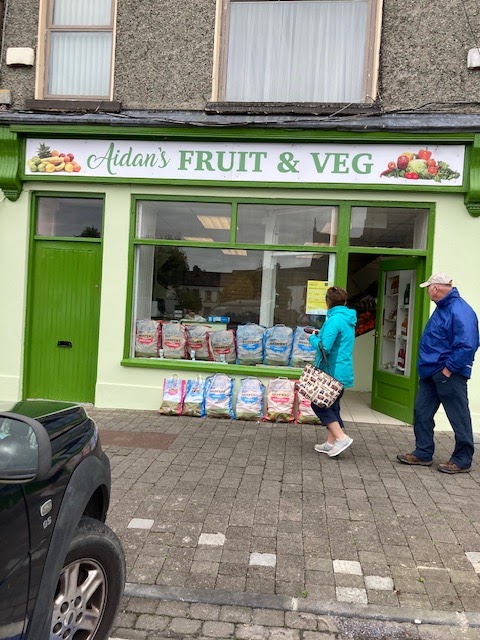 It;’s great to welcome a new shop to Listowel Town Square. This is a fruit and vegetablele shop being run by the man who used to sell his stock in The Square at the Friday market. Now you can buy his fresh produce any day.

A Friendship  Forged in Adversity

( Story from Lynda Kieran in The Leinster Express) 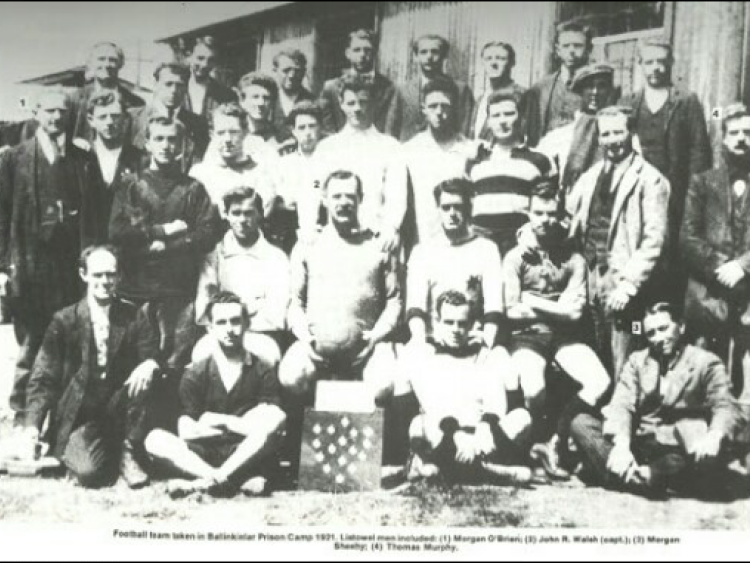 Paul Murphy of Listowel sent this photo of a prison football team in Ballykinlar in 1921 to The Leinster Express. Paul’s great grandfather is on the right.

Read on to see why he sent it.

Laois people are being asked to help trace the family of a butcher who formed a close friendship in an infamous British prison camp in Ireland during the War of Independence.

A letter has been found in Kerry dating back to 1956, sent to a Mrs Murphy on the death of her husband Thomas Murphy.

It is from Thomas Cribbin in Portarlington, and it is a bittersweet letter as he recalls his friend, and regrets never making it down to Listowel to meet and talk to him before his death.

The two were the butchers in the Ballykinlar Prison Camp, an internment camp in Co. Down opened by the British authorities to inprison Irish men in the War of Independence. It was famed for its brutality.

“Dear Mrs Murphy, It was with deep regret I read on today’s Independent of your husband’s death. I sincerely offer you and your family my deepest sympathy.

“I was a very close friend of Tom’s in Ballykinlar Internment Camp. We worked side by side during that period, when cutting up the meat for our comrades. I had never the joy of passing through Listowel but I was always hoping to do so in the near future, so that I could meet and talk of bygone days but alas it’s now too late. May he rest in peace. 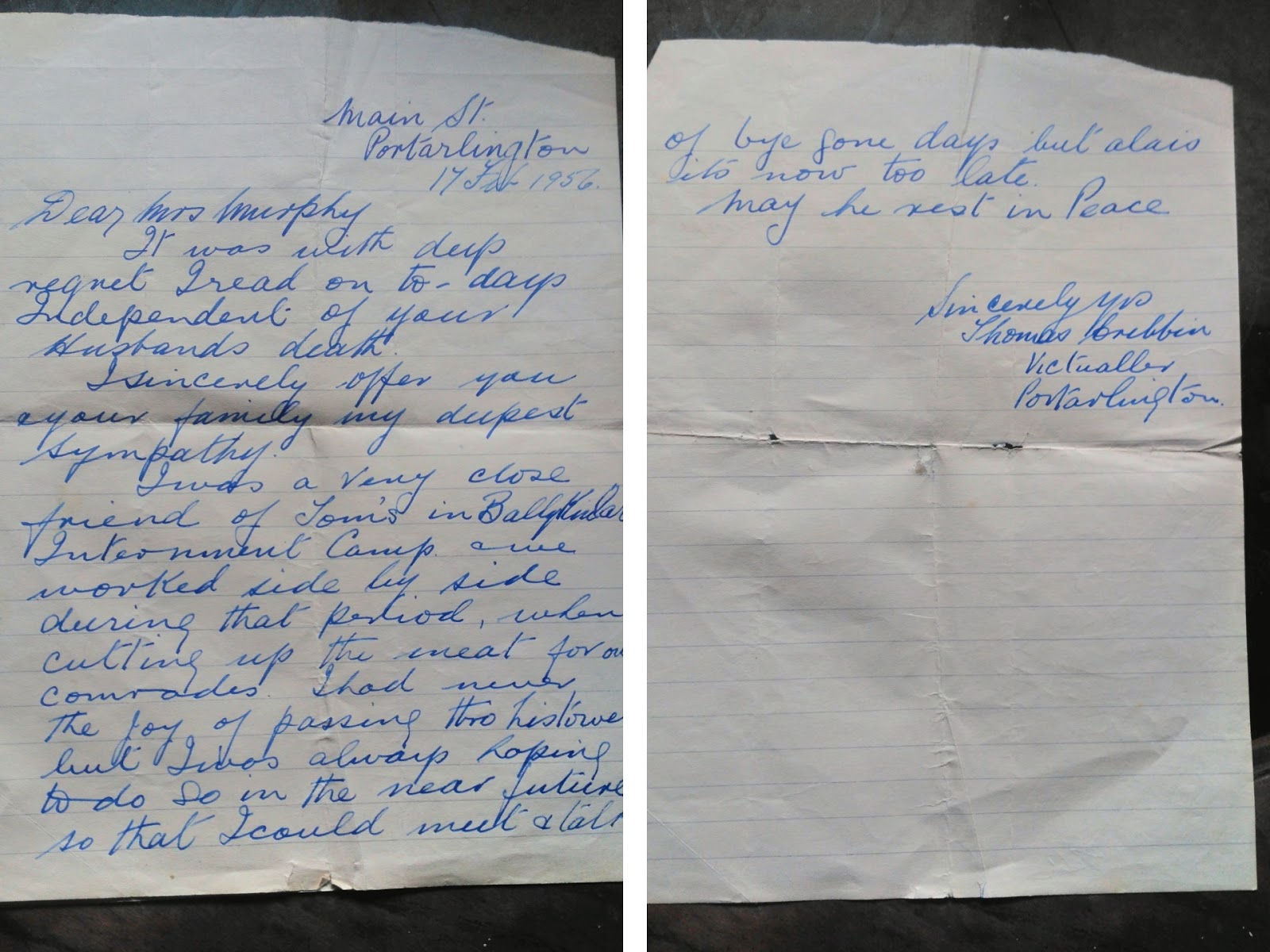 The letter was found by Thomas Murphy’s grandson Paul Murphy also from Listowel.

He also sent the Leinster Express the photo of his grandad in a football team in 1921 in the prison and wonders if Thomas Cribbin might also be in that photo.

“Rummaging through my dad’s stuff, I came across this letter from a man from Portarlington. He and my grandad were the butchers in the infamous Ballykinlar prison camp in Down. Is his family still around? The prison picture includes my dad and maybe the other Thomas in 1921,” he said.

“I’d just like to say to his family how appreciative I am about this letter. It’s a nice story coming up to the centenary,” he said.

An Email from a Blog follower

I loved seeing your mention of the Irish lacrosse showing such respect to the Iroquois team. I live in Syracuse and this area is rich in history.  The Skanonh Center (Great Law of Peace Center) is located here and is a gold mine of information. You might enjoy visiting the website, www.skanonhcenter.org.