All the schoolboys named, Tar Abhaile and painting.

It’s beginning to look a lot like Christmas in Listowel 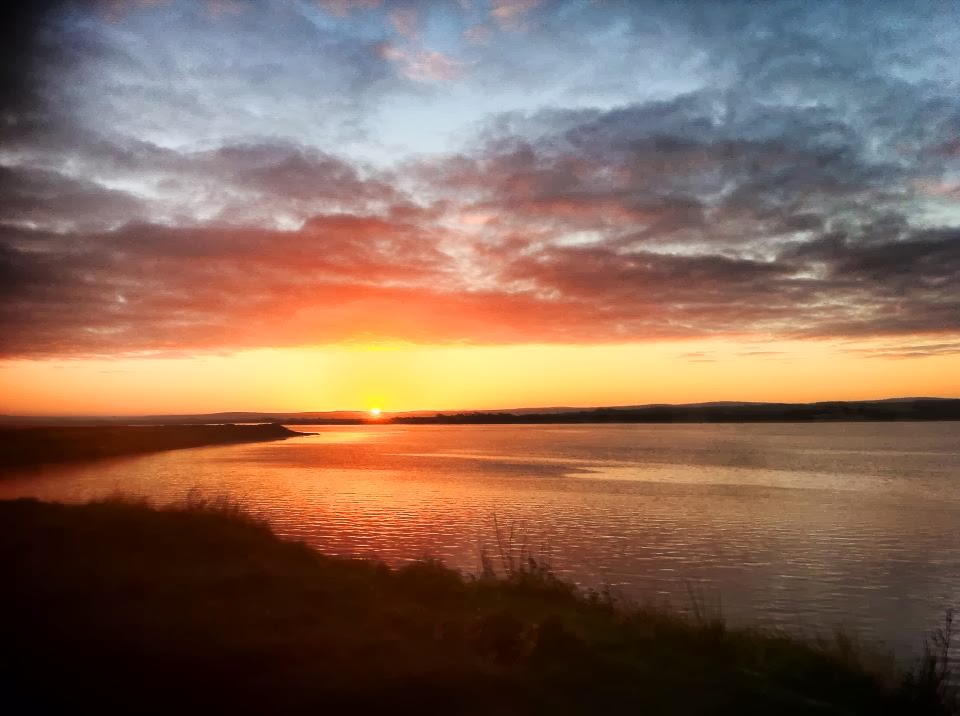 Mike Enright took this great photo of a sunrise in Ballybunion, November 2013 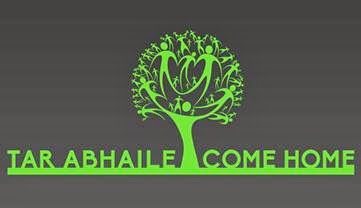 Don’t forget to watch TG4 on Sunday night next at 9.30 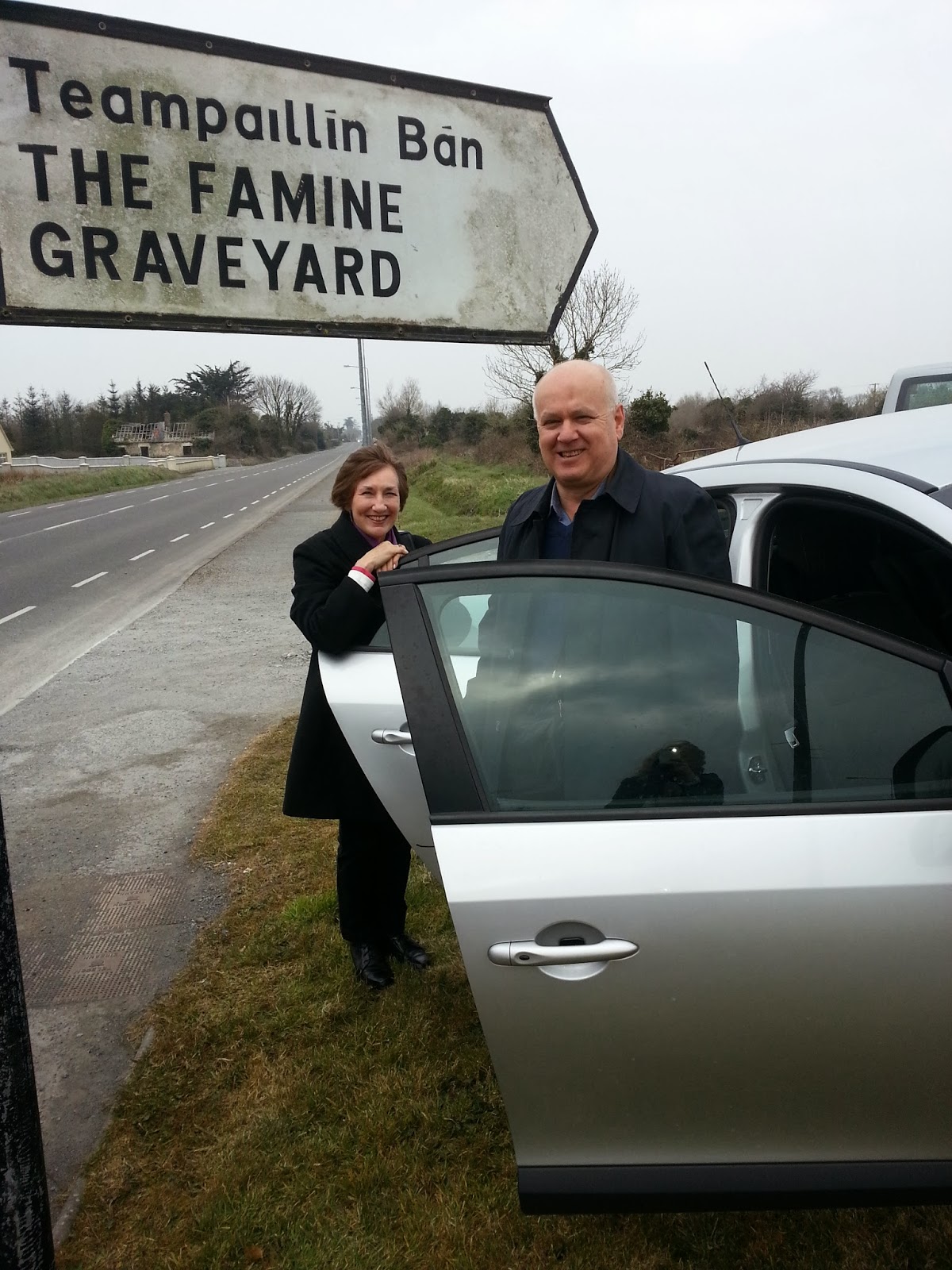 Julie and Glyn Evans pictured outside the famine graveyard in Listowel in Spring 2013.

Julie’s search for her the truth about her great great grandmother brought her to Teampaill Bán Famine graveyard. 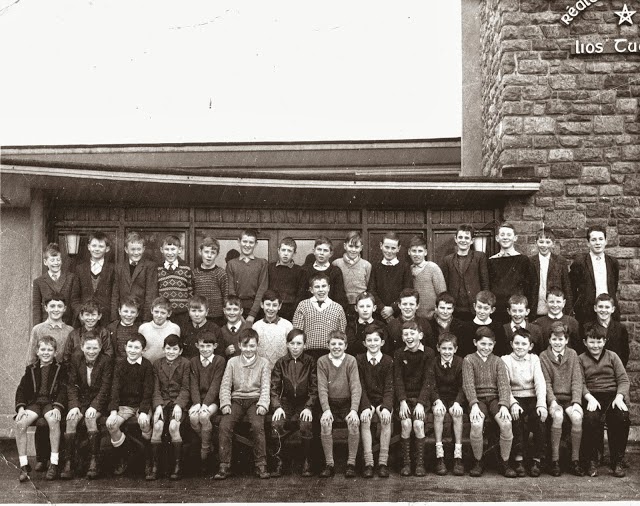 Dan Doyle’s old photo has brought much pleasure and not a few sad memories to many in Listowel and further afield. May the Lord have mercy on the souls of the men no longer with us who in this photo are smiling here as hopeful little boys, To the others who are still with us, thank you to those who have contacted me and a special thanks to Tadhg Moriarty and Aidan Murphy who put their memories to the test  and passed with flying colours.  Below are all the names as supplied to me by the two aforementioned men.

Má tá bréag ann, bíodh.   (If there’s a lie in it let it be).  This was the old storytellers get out phrase. 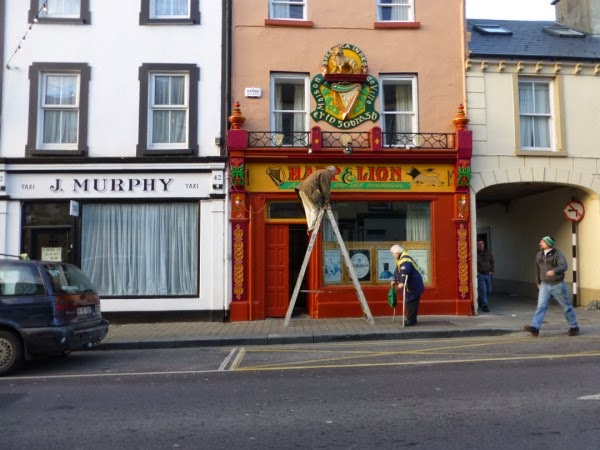 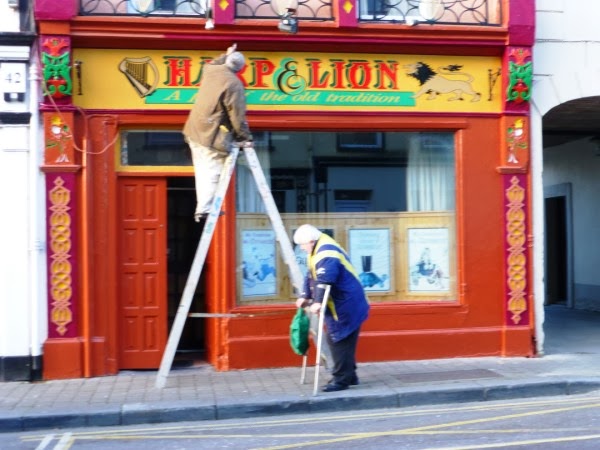 Fred Chute continues his painting while he chats to Martin Hickey on Church Street last week.

Tomorrow night Weds, November 27 the committee of the great Ballydonoghue Parish Magazine will be in Conversation with Weeshie on Radio Kerry at 6.00 p.m. The winners of the competitions will be announced. I have entered a few photographs and I have high hopes.