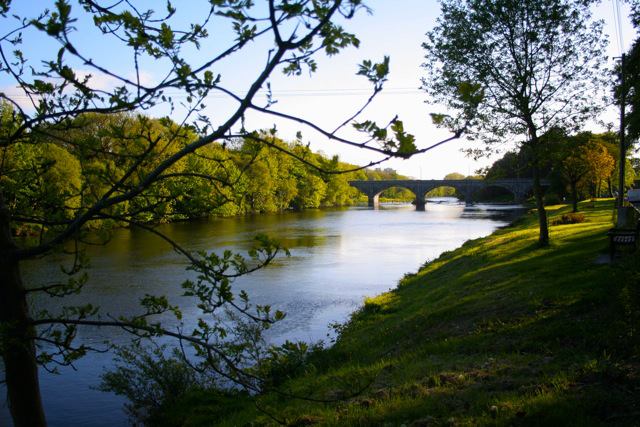 Photo by Denis OCarroll of Listowel’s Big Bridge and the River Feale taken on May 23 2013. Superb! 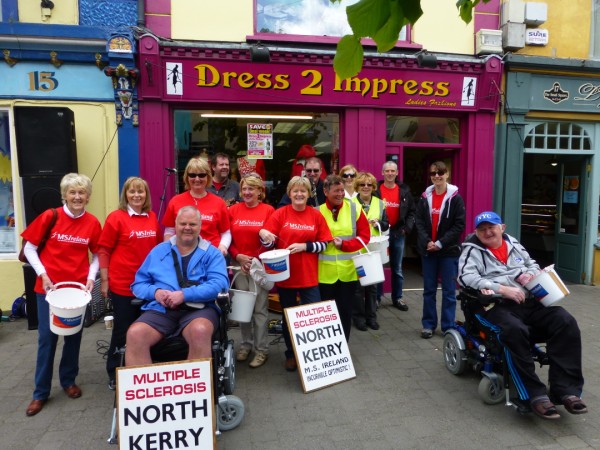 These are some of the musicians and volunteers who worked so hard to make Friday’s MS fundraiser such a hit. 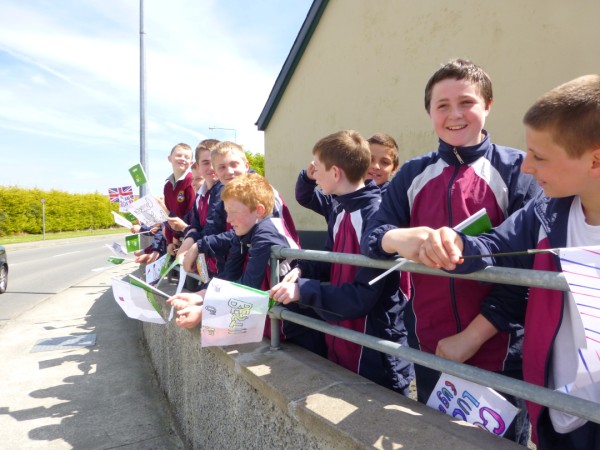 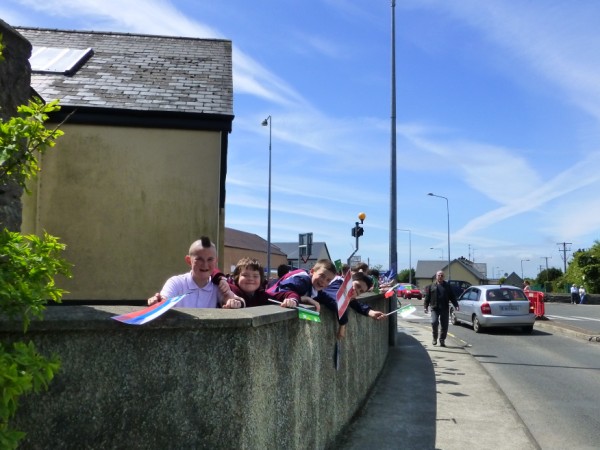 On May 21, as The Rás came through, the boys from Scoil Realt na Maidine were safely positioned behind the wall at The Slua Hall.

The following photos are of local people out in the sunshine to enjoy the excitement. It was great to see such a positive buzz in town and everyone forgot about recession for a day or two. 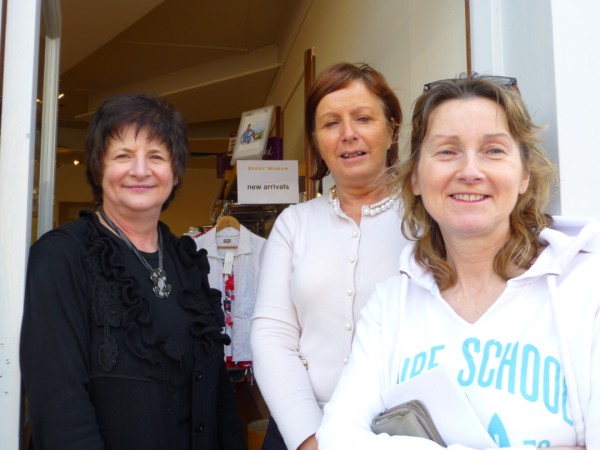 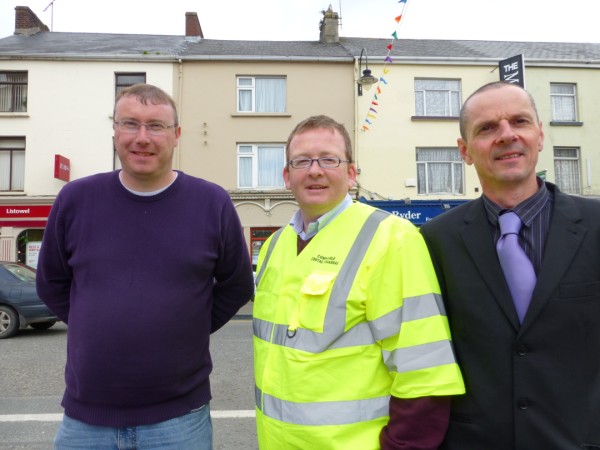 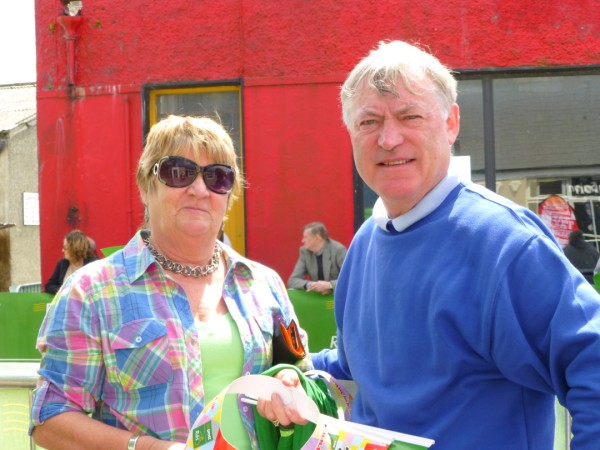 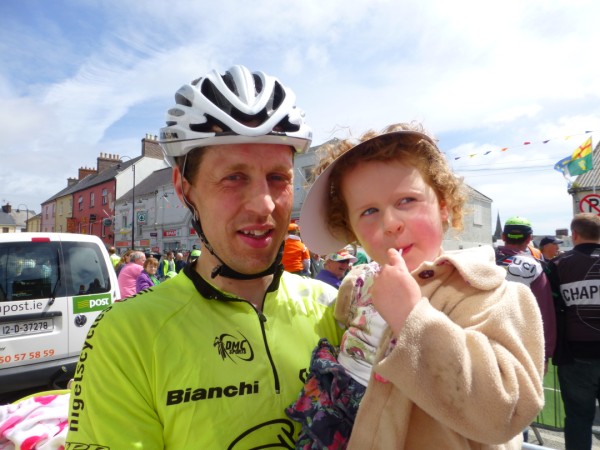 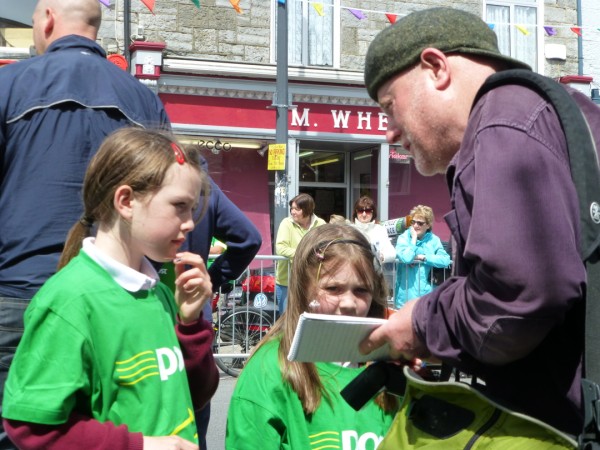 Some people were working; John McCarthy is welcomed home by his daughter after the finish in his hometown, Listowel. Press photographer, John Reidy was snapping some local colour. 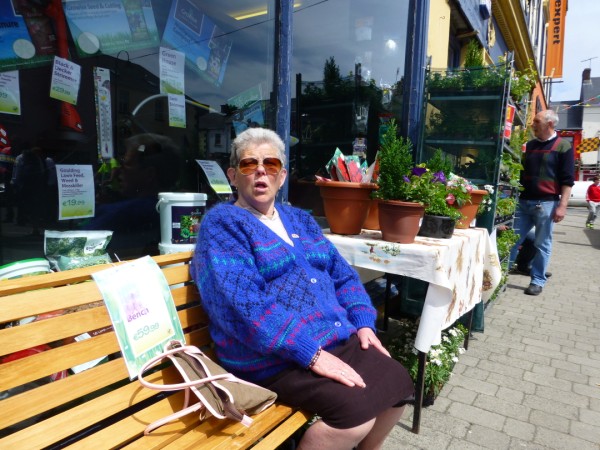 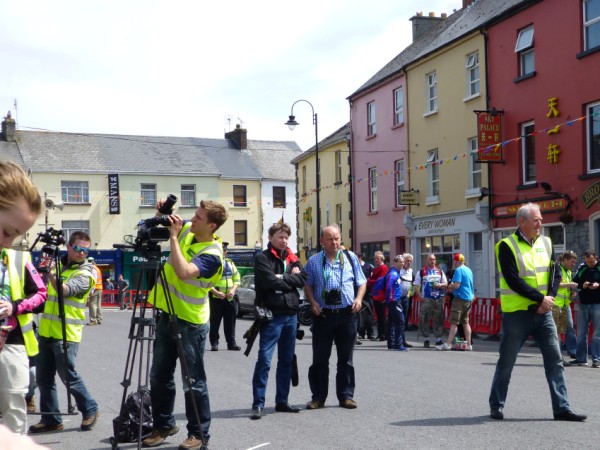 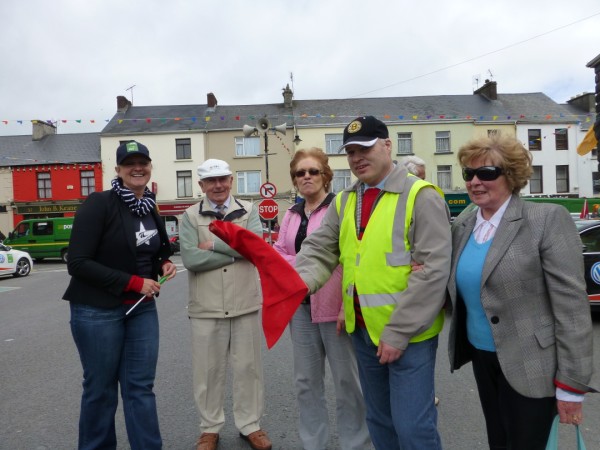 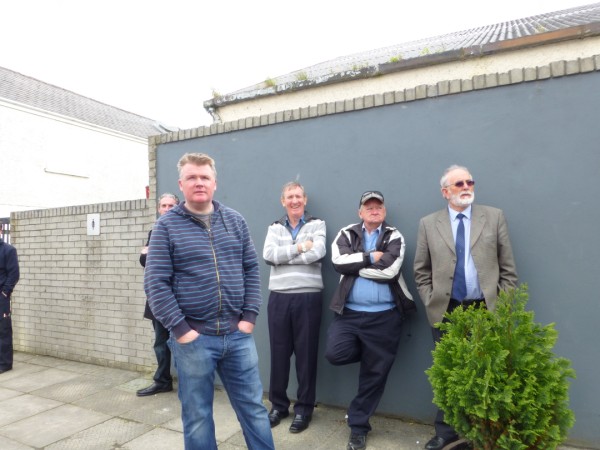 Some local media and local supporters.

In conjunction with The Gathering there are lots and lots of Clan and family gatherings taking place. 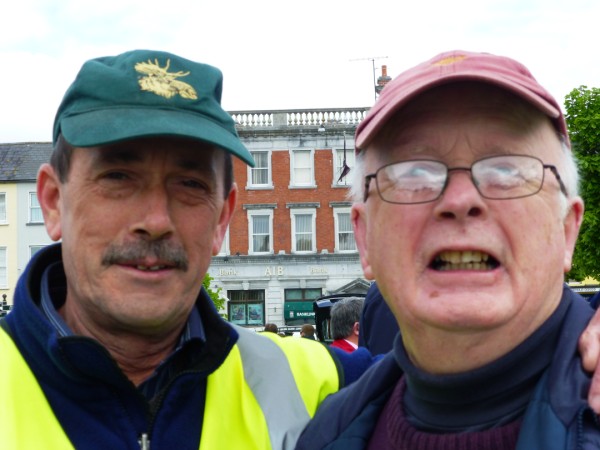 On the left is Martin Griffin. He, along with the Lartigue crew, is planning a gathering of descendants of people who worked on the monorail. This is planned for later on in the year. I’ll keep you posted.

Junior tells me that he is Griffin from both sides of his family. Both Griffin sides are planning a family reunion . 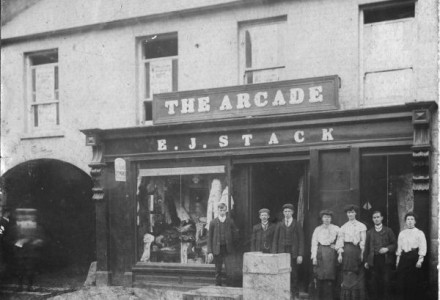 This is Damien Stack’s photo of his family shop which was established in 1910. The gathering of the Stack clan back to their Listowel roots promises to be a great hooley.

The Stack Clan and all its branches and adopted sons and daughters will make their way to Listowel  from July 19 to July 22 for a packed weekend.

Meanwhile in Dingle all this week a week of events to welcome scattered descendants of Corcha Dhuibhne emigrants is taking place.

I read all about it here:

“The Dingle Peninsula has a unique and complex history.   A lot of
damage was inflicted on the Peninsula during the
course of the Second Desmond Rebellion,
the Nine Years War and the Wars of the Three Kingdoms. Its remoteness and
isolation may have protected it from the worst excesses of the Williamite War and the 1798 Rebellion.

It is one of the
places in Kerry thas has experienced the highest level of emigration over the
past  three hundred years.

It was particularly
devastated during the Famine, with up to 5000 people dying in the Dingle
Workhouse alone.   The Kerry Examiner of 8 February 1847,
records ‘The state of the people in Dingle is horrifying.  Fever, famine
and dysentery are daily increasing, deaths from hunger daily occurring.
From all parts of the country, they crowd into the town for relief and not a
pound of meal is to be had in the wretched town for any price’.

Thankfully all these wars and famines are behind us and the Dingle Peninsula has
survived.

This year, the year of The Gathering, the people of the Dingle Peninsula are
taking the opportunity to welcome back our diaspora from all over the world so as
that they too might experience The Corca Dhuibhne Peninsula, the Gaeltacht, the
friendliness of our people, the goodness of our food and the wealth of our
culture, language and heritage.

Corca Dhuibhne – one of the most
beautiful places on earth.

Joanne Dillon sends us this link to a very poignant article from Irish Central.  It tells the fate of many Irish immigrants who died in quarantine.