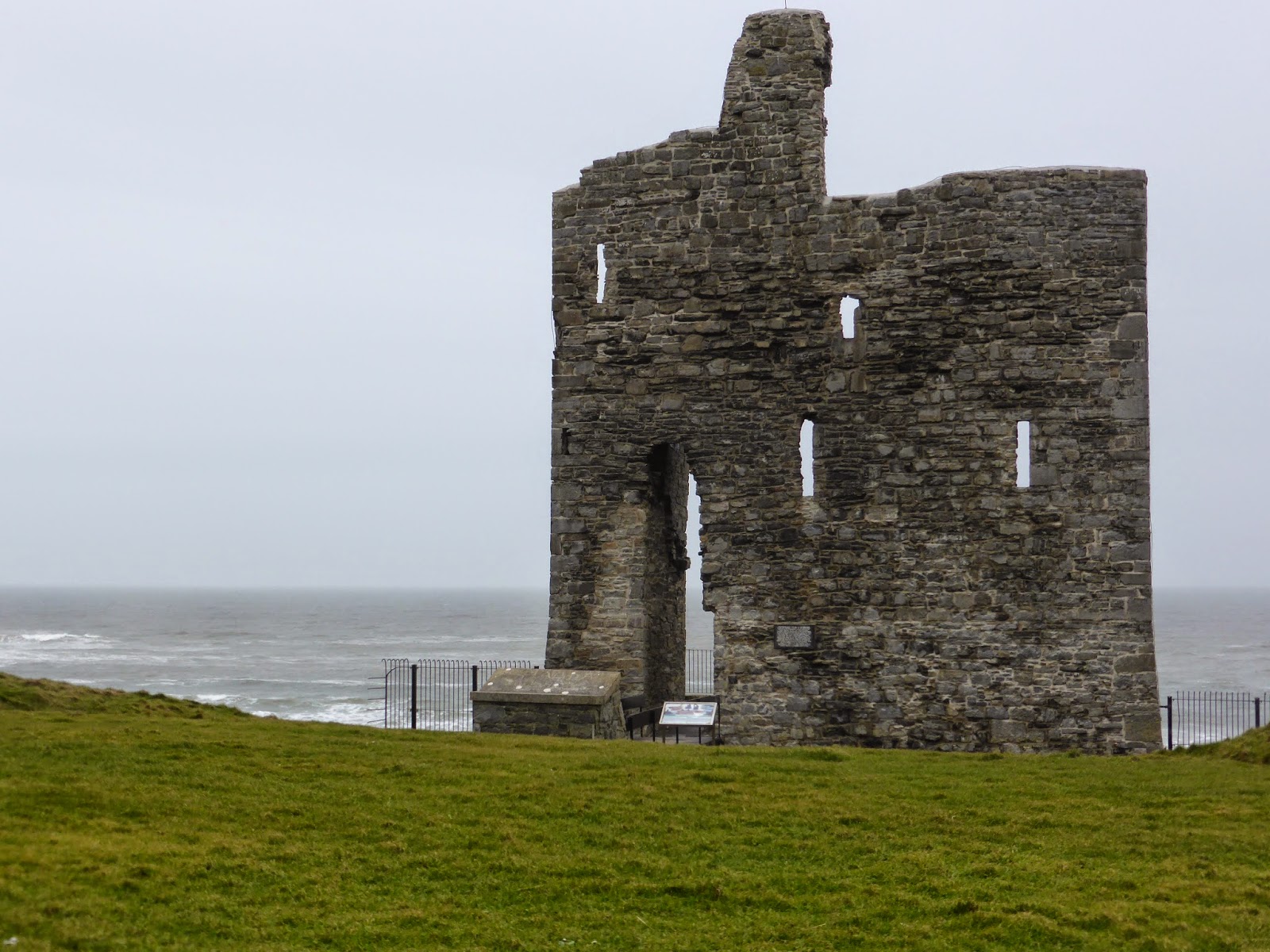 I visited Ballybuniion for the first time since Christmas. The refurbished castle looks suitably imposing. 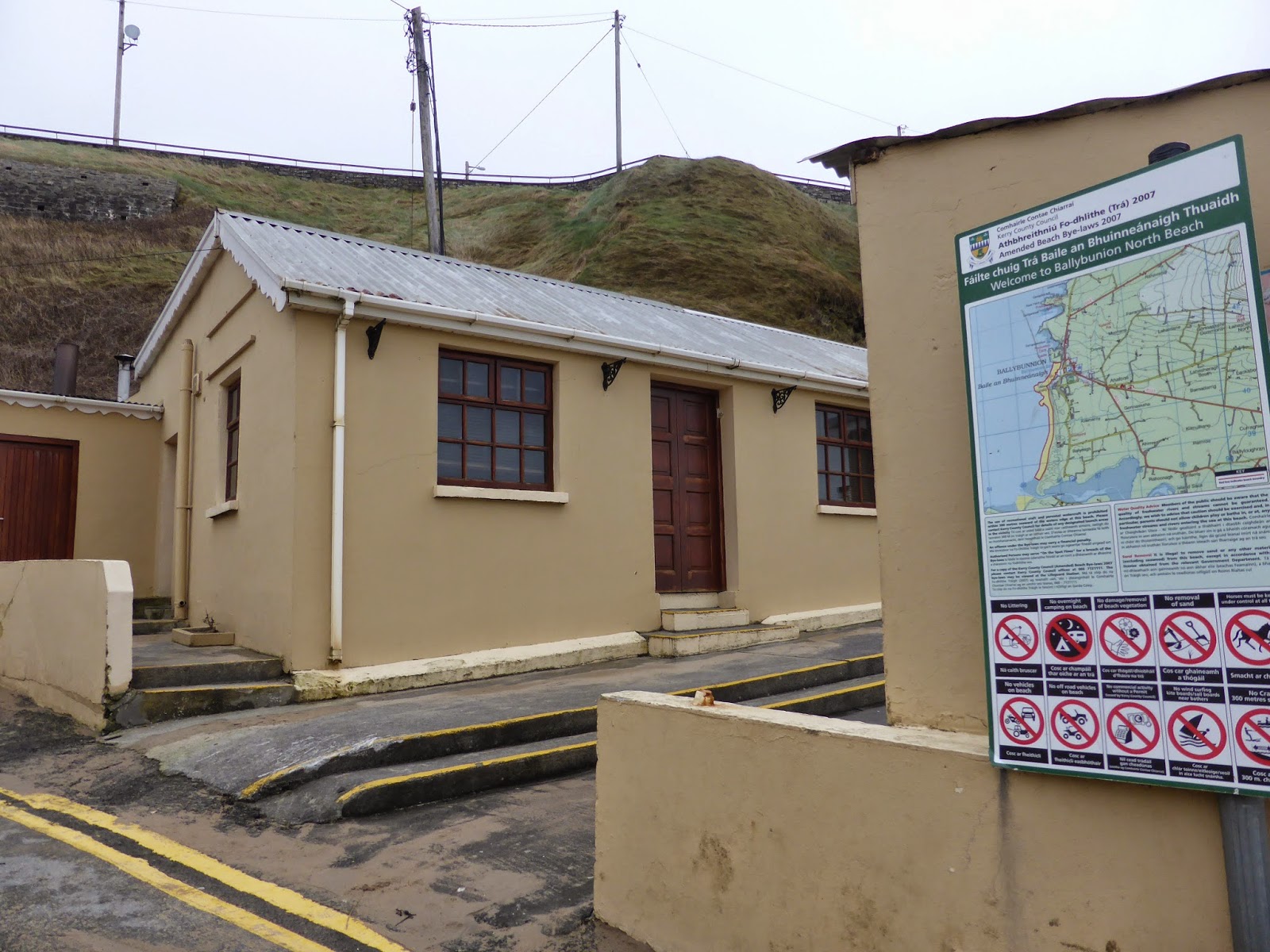 This corner by Collins’ Baths has a new sign. 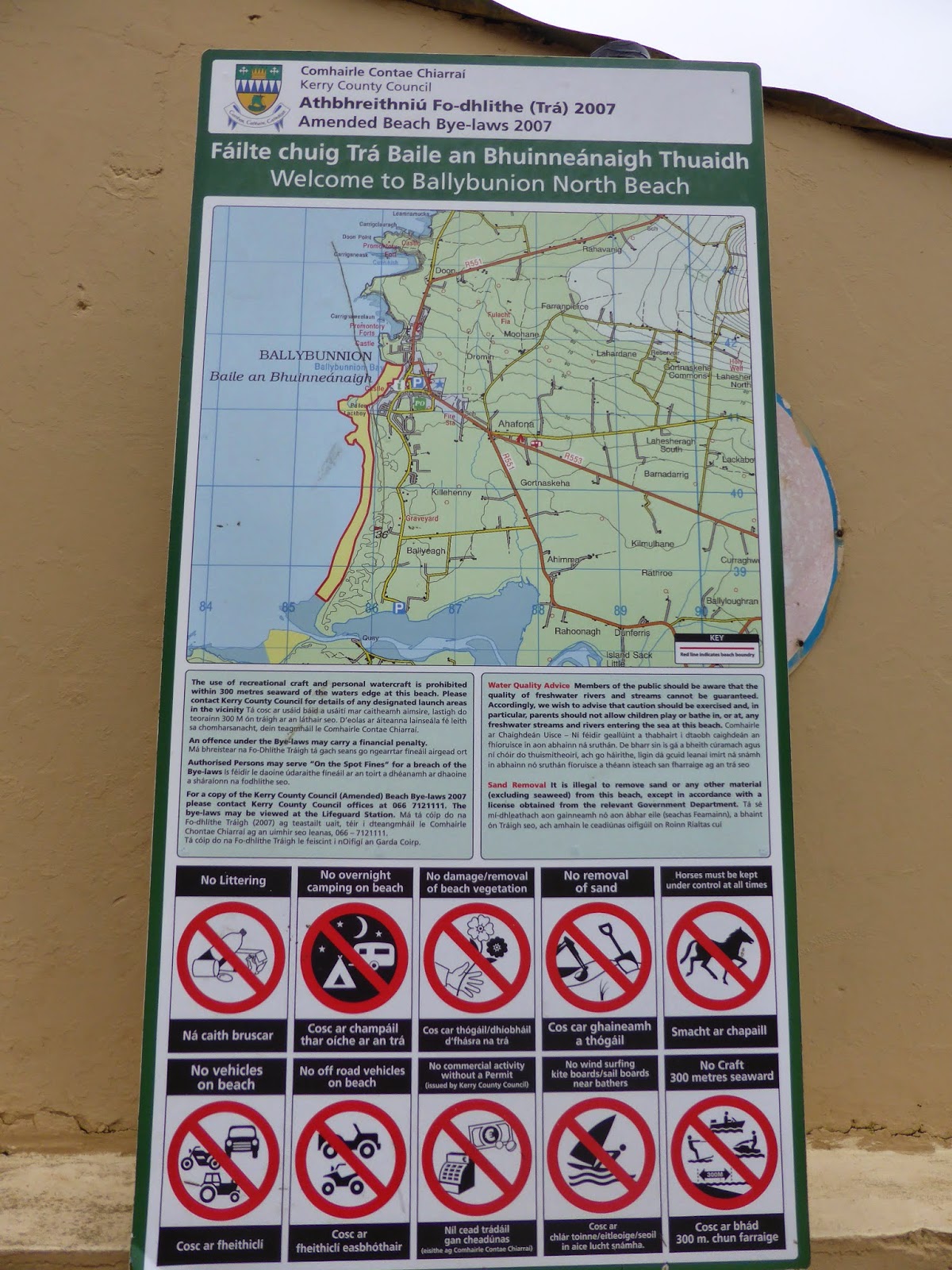 The sign is a bit on the negative side, listing ten activities that are not allowed. 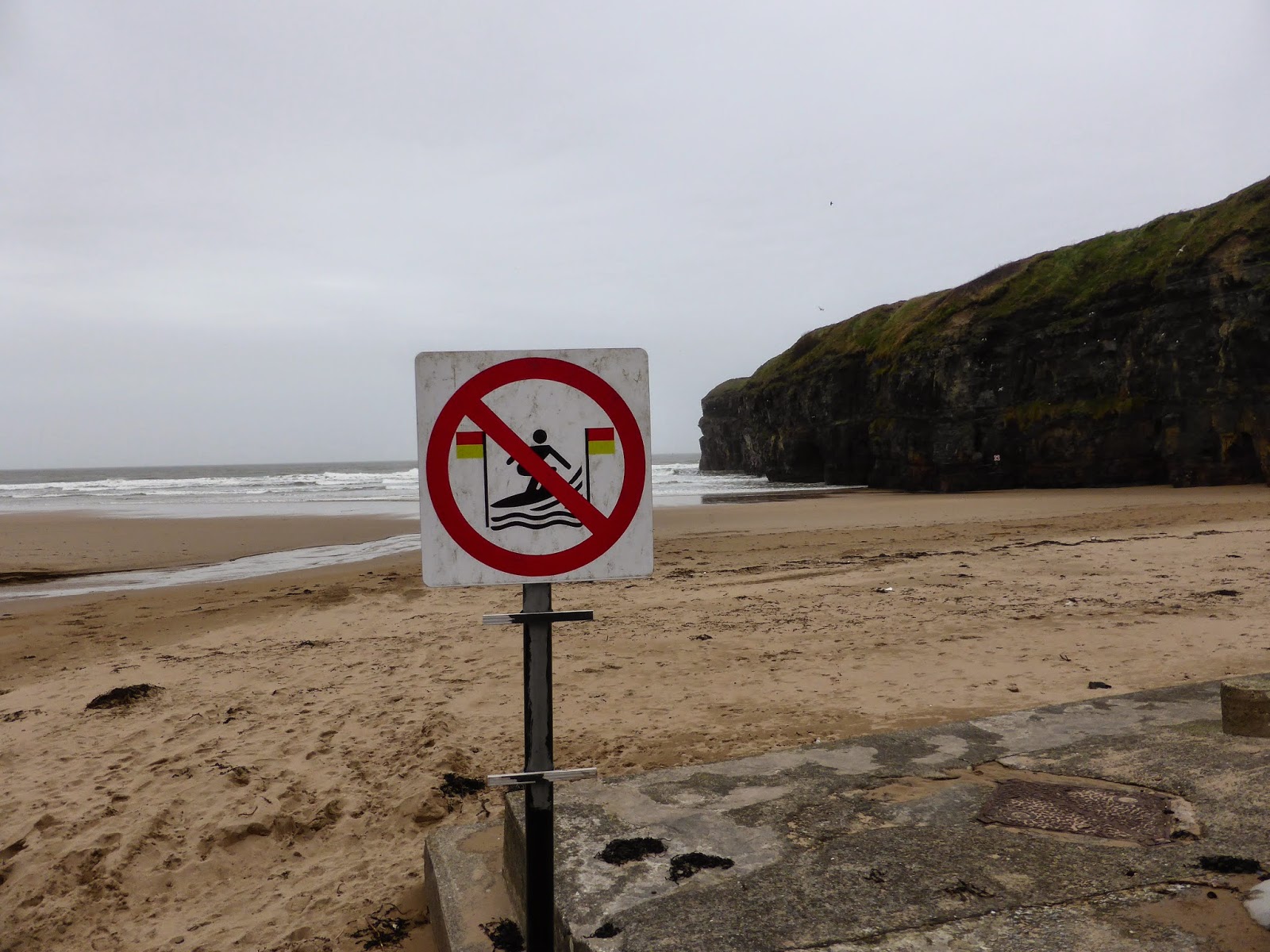 Does this mean that surfing is prohibited now too? 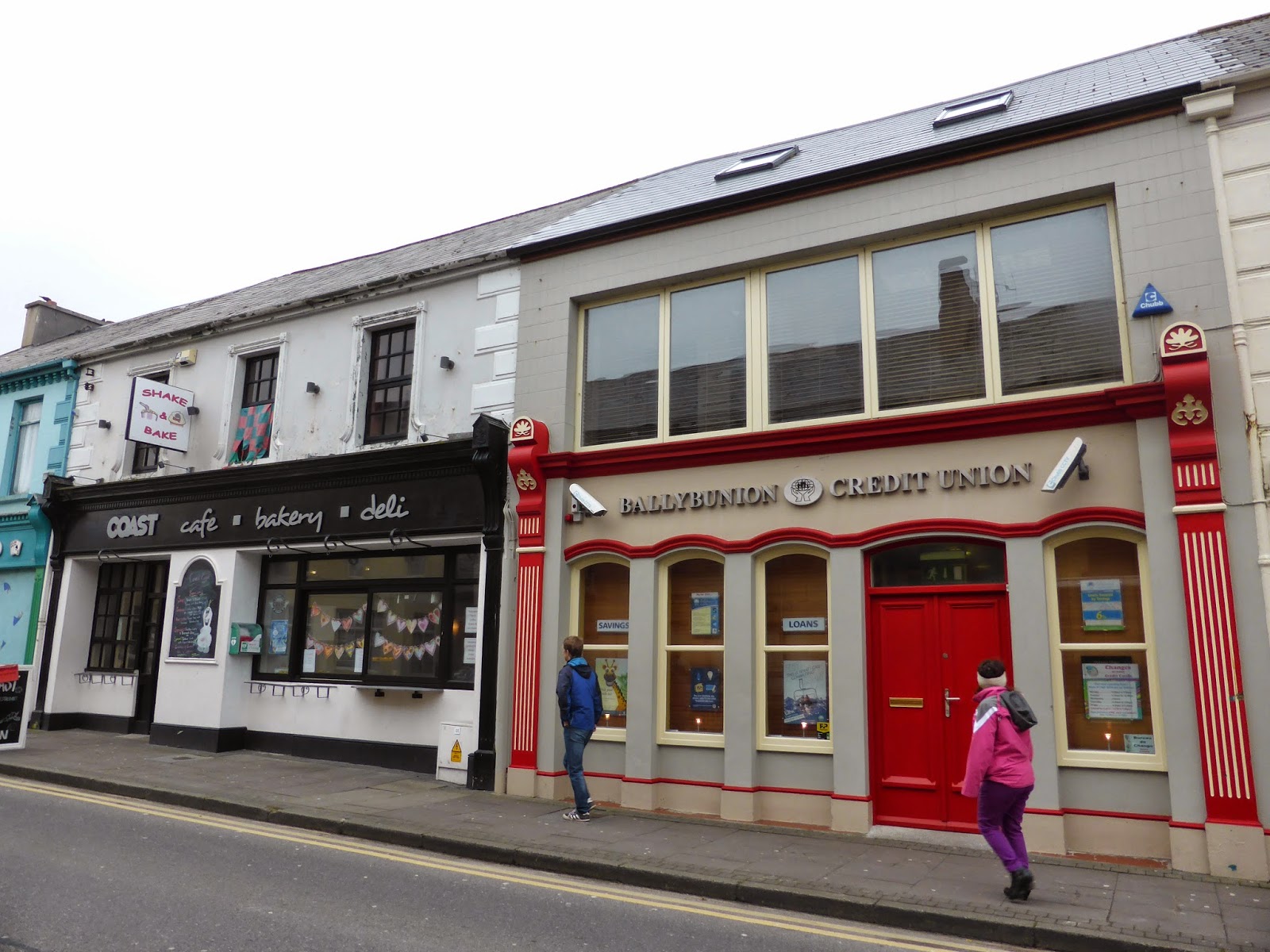 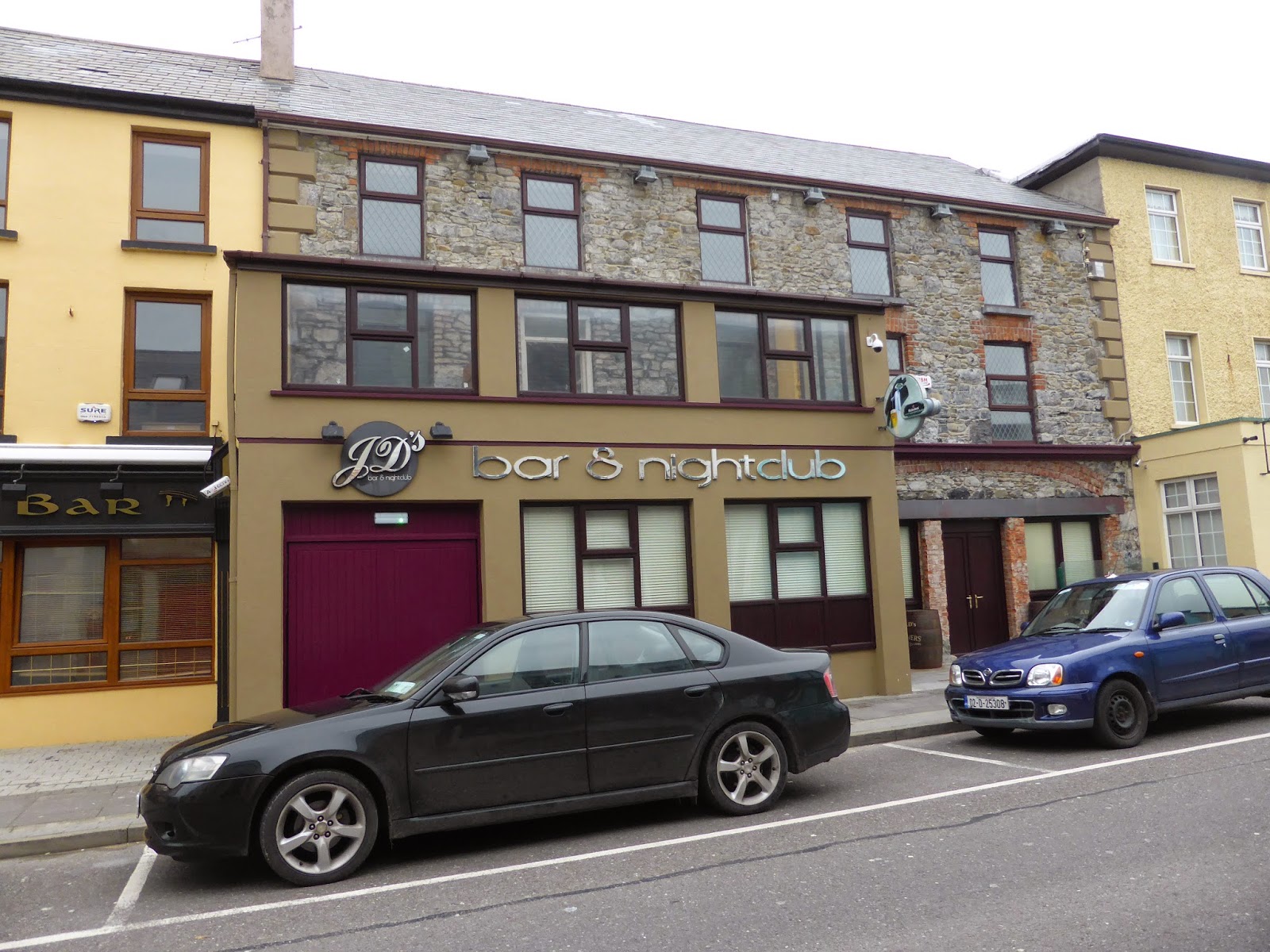 JD’s was closed but I’m assured that it is as popular as ever. 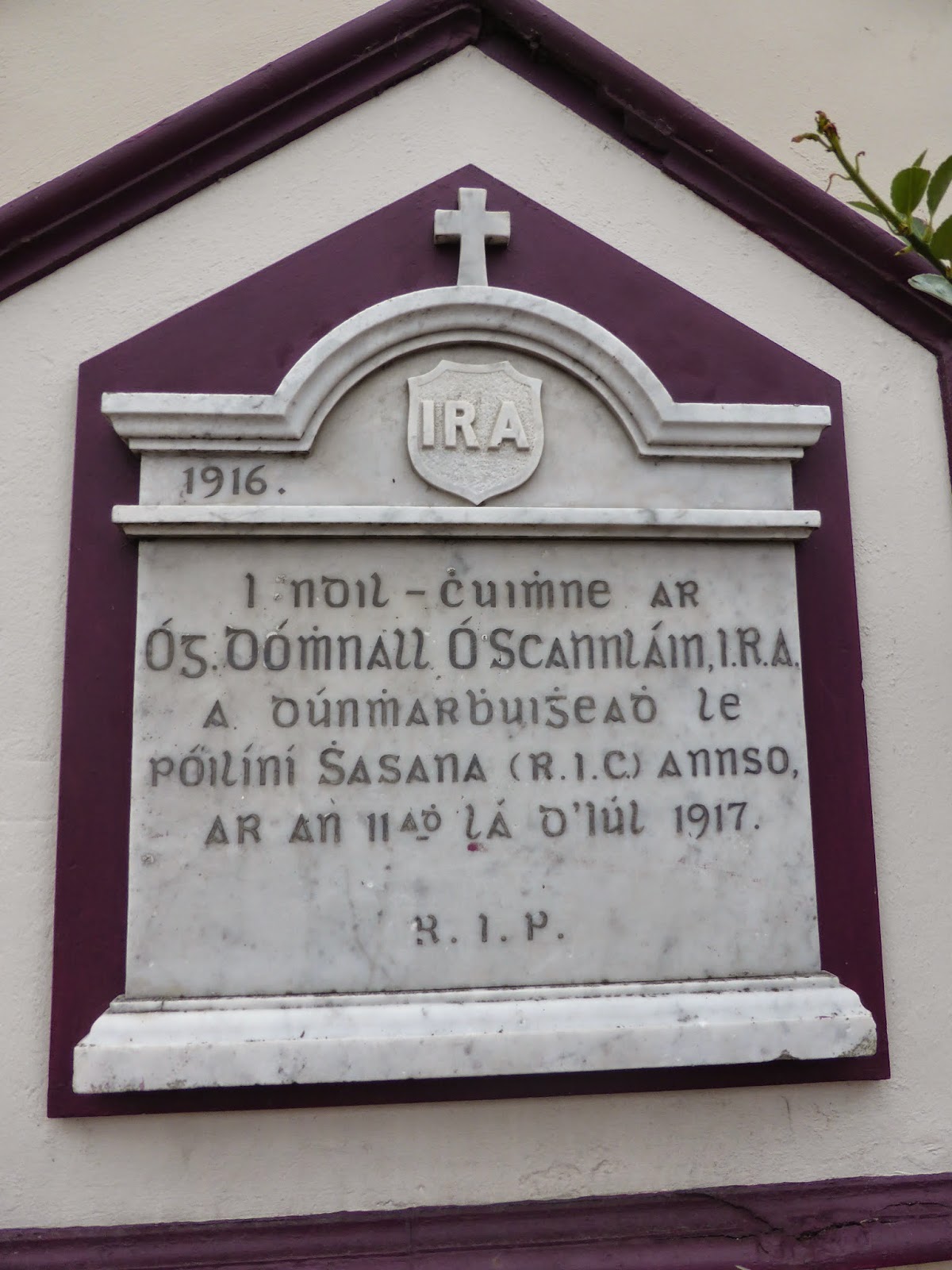 A reminder of dark days in our recent history 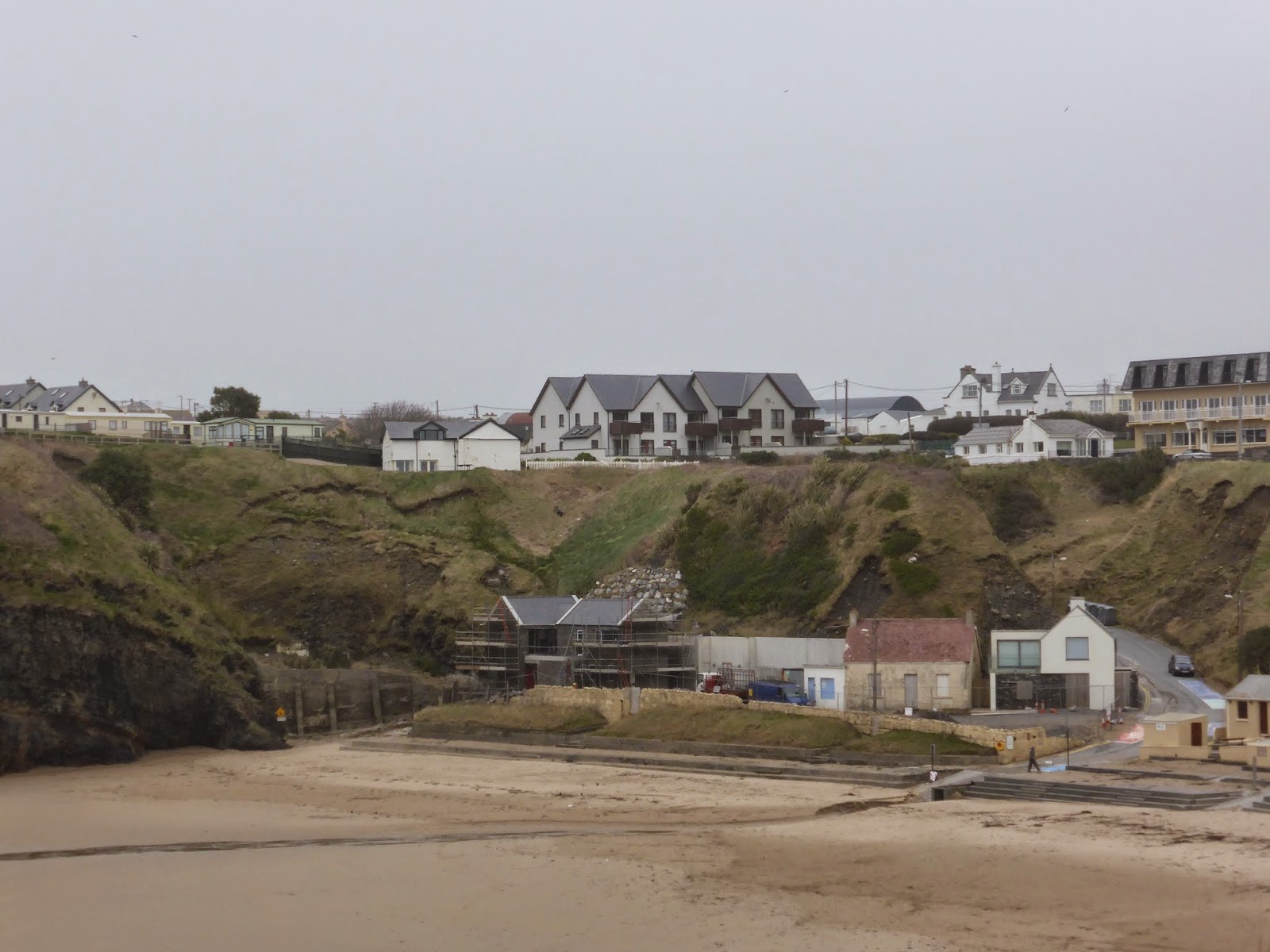 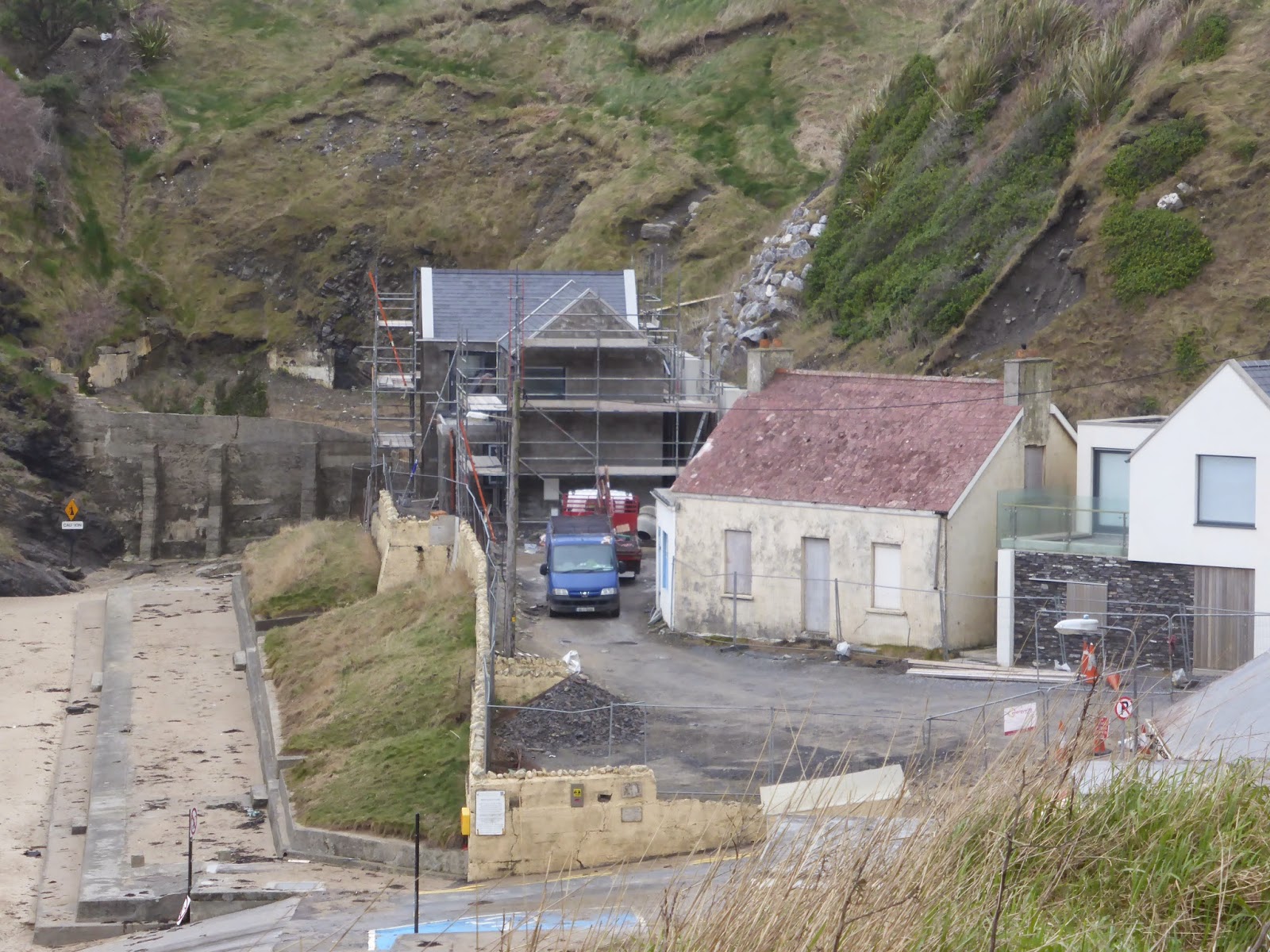 The corner by the old Daly’s Baths is undergoing renewal. 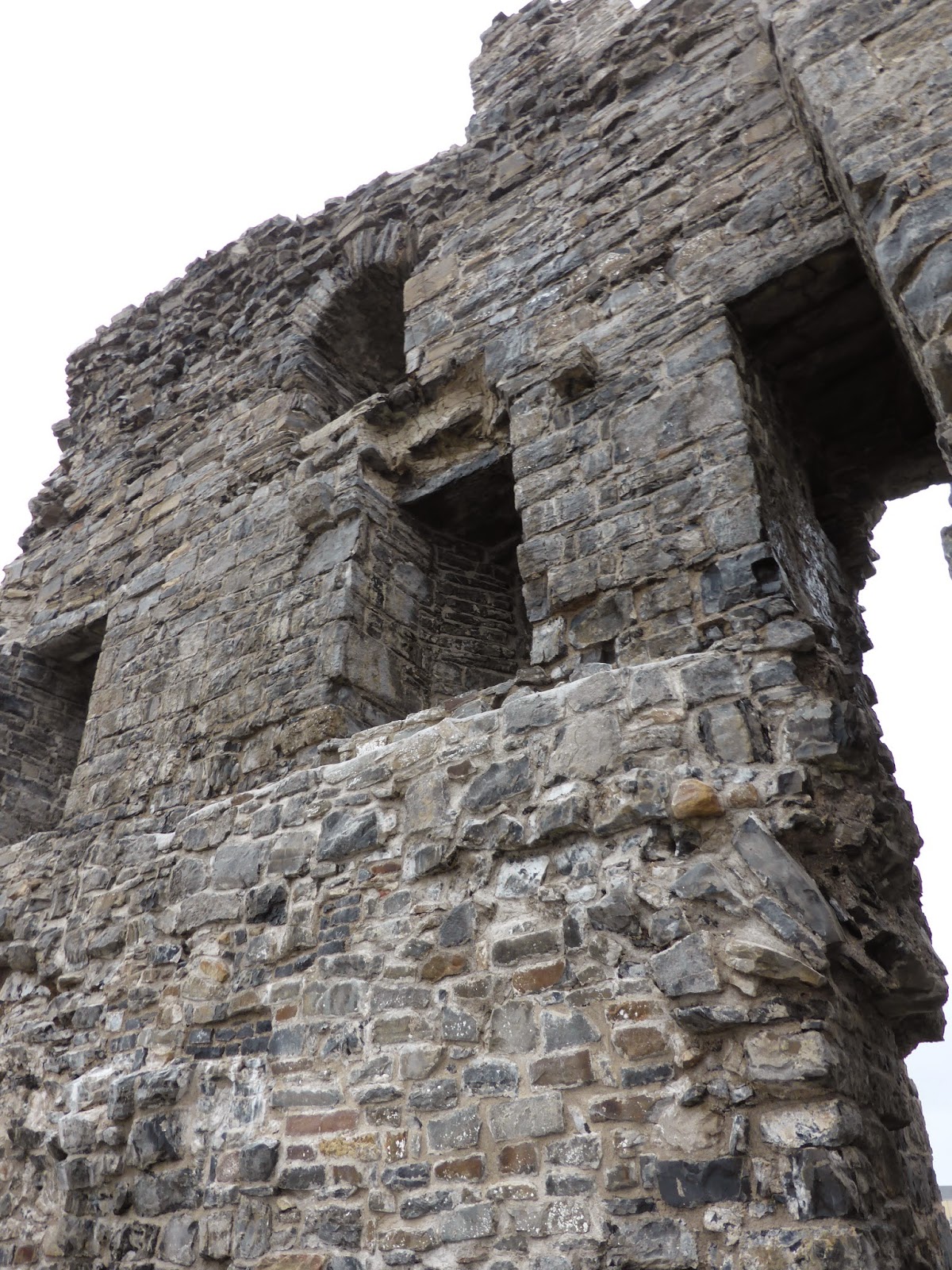 Close up of stonework on the castle. 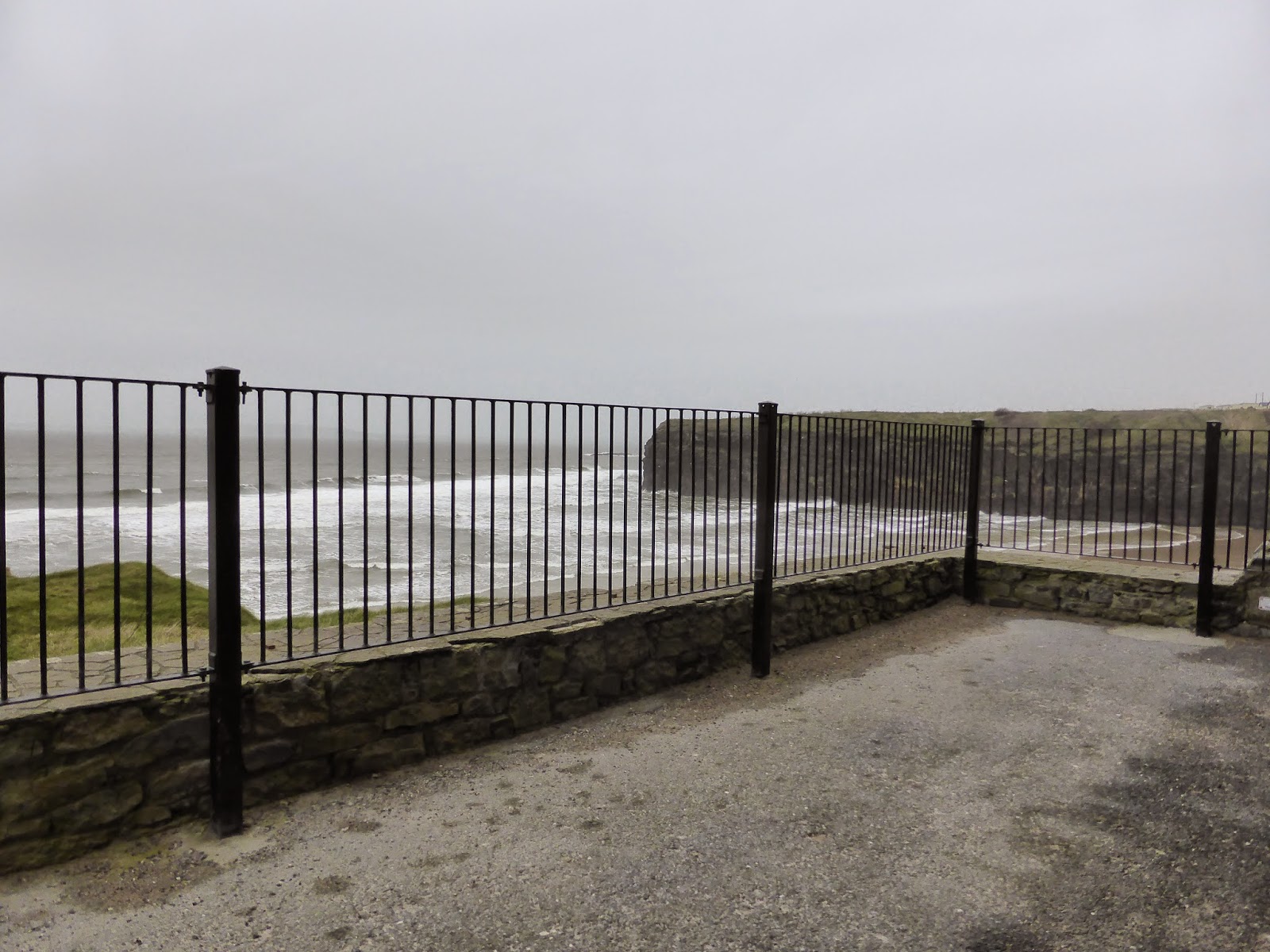 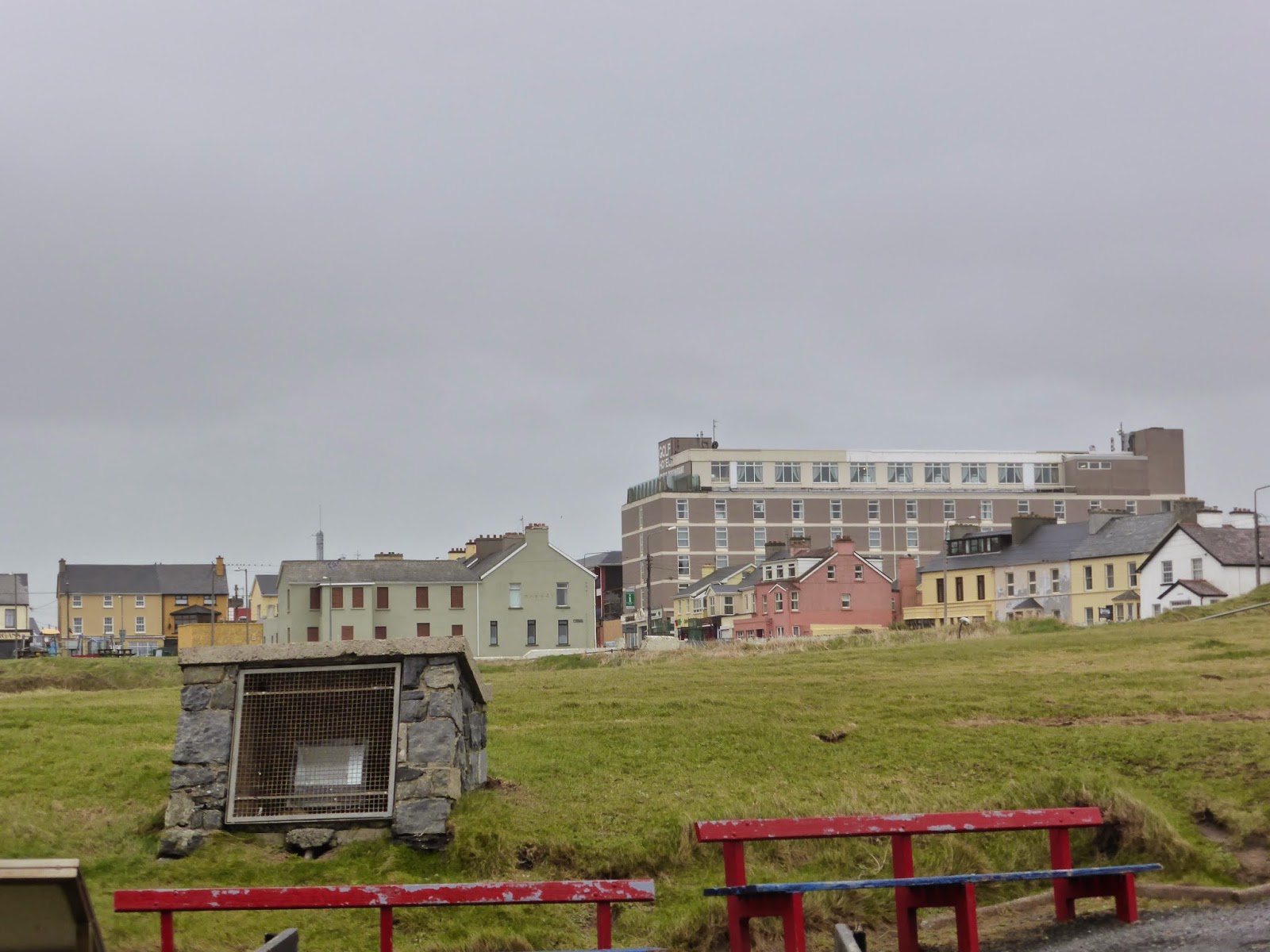 The view from the castle doorway. 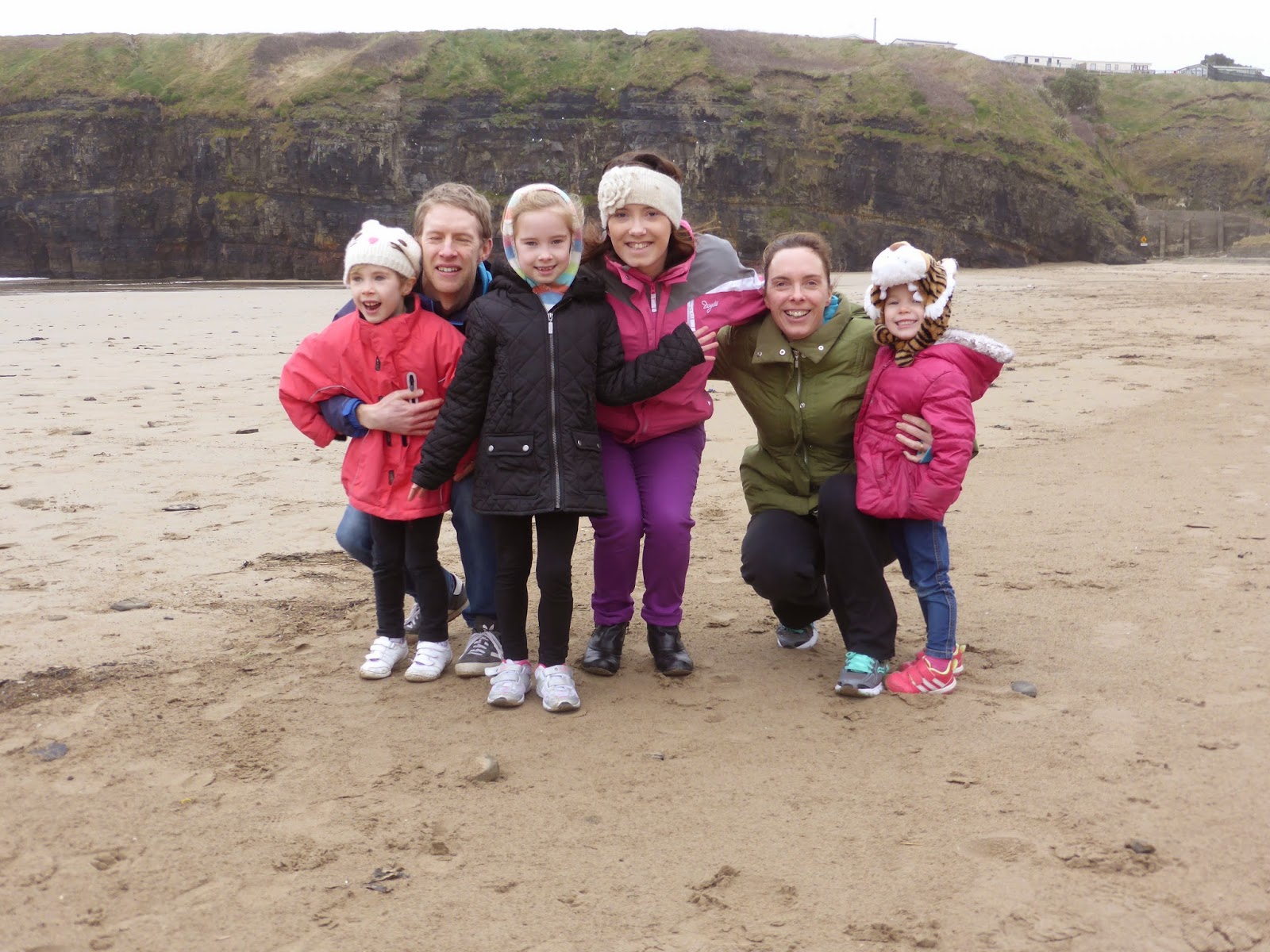 My gang on the beach. We had it practically to ourselves. The weather was Baltic.

Ballybunion for the holidays 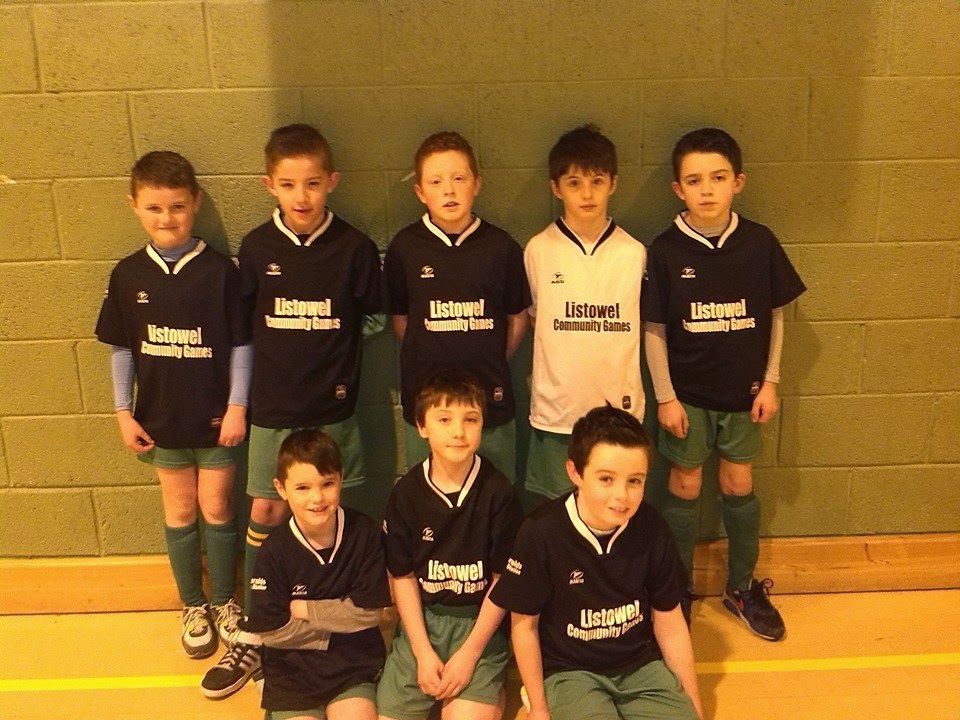 Still Snowing in the U.S. 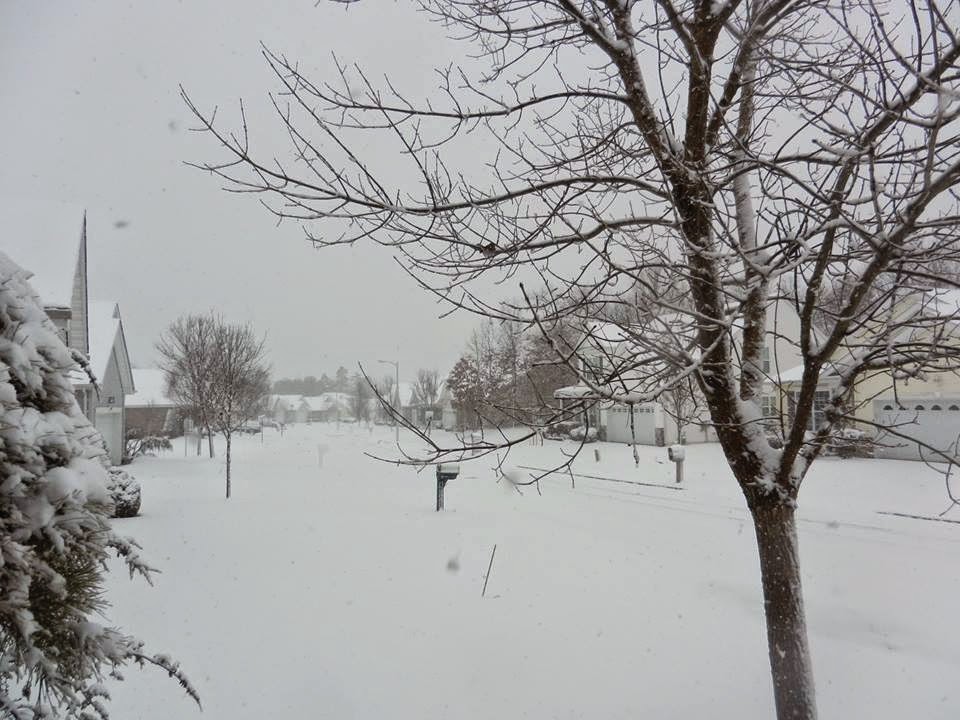 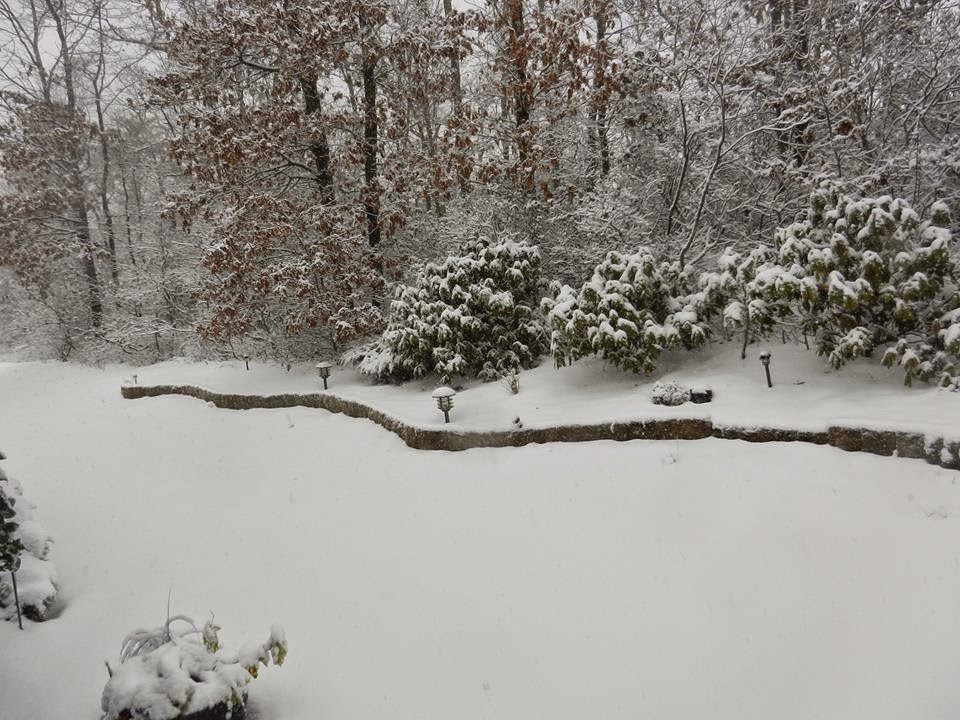 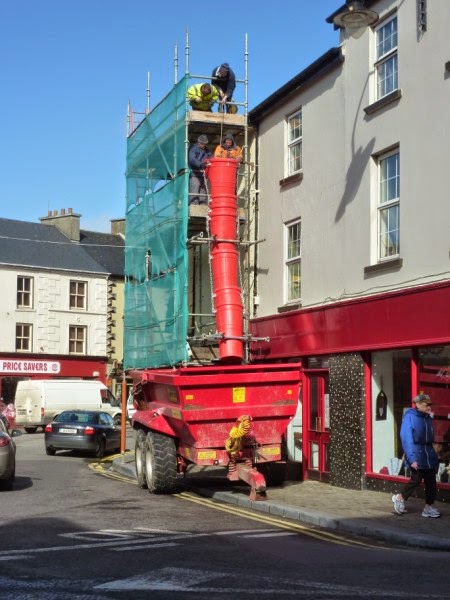 This shop which used to be Justin Stack’s,  then Changes Hairdressers, then The Kerryman and finally A Snip Ahead is being refurbished from the roof down. It’s so heartening to see an end to all the empty shops.

When all the others were away at
Mass

I was all hers as we peeled
potatoes.

They broke the silence, let fall
one by one

Gleaming in a bucket of clean
water.

From each other’s work would bring
us to our senses.

So while the parish priest at her
bedside

Went hammer and tongs at the
prayers for the dying

And some were responding and some
crying

I remembered her head bent towards
my head,

Her breath in mine, our fluent
dipping knives–

Never closer the whole rest of our
lives.

See him at Writers’ Week 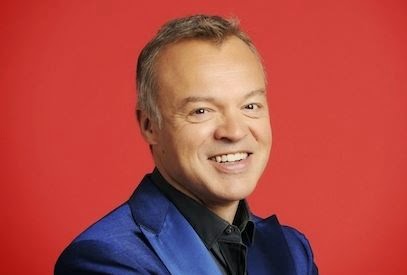 A documentary about a group of Kerrymen working on rebuilding the site of the World Trade Centre attacks in 2001 is to be broadcast on Radio Kerry on St Patrick’s Day at 10am.
Kingdom Rising tells the story of the men from Kerry who helped rebuild Ground Zero and the 9/11 memorial after the terrorist attacks.
Navillus Construction, owned by Donal O’Sullivan from Ballinskelligs, won the concrete contract to build the 9/11 memorial.
“Kingdom Rising tells the stories of the men from the Kingdom including Paul Kenny from Listowel, Ian Galvin from Waterville, Kieran O’Halloran from Tralee, Willie O’Donnell from Ballylongford, as well as countless others, who have worked on one of the most symbolic sites to terror and freedom in the world.
“What they built are meaningful tributes to what happened at Ground Zero and their handprints are part of the history here,” said producer Audrey Galvin.
Kingdom Rising will be broadcast on Radio Kerry on St Patrick’s Day at 10am.

Well worth a listen.

A Snip AheadBallybunion 1962When all the others