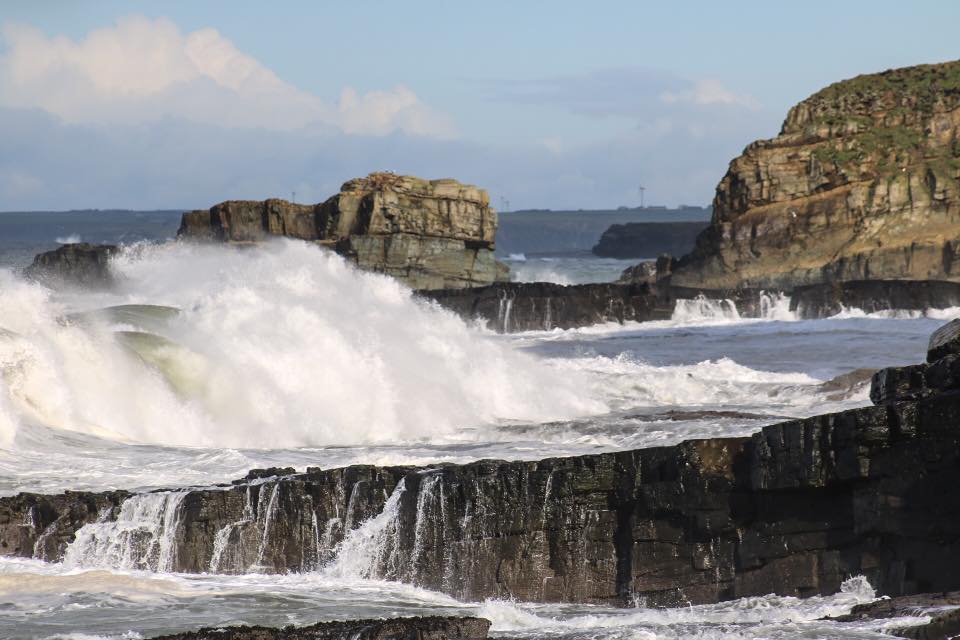 Did you watch the old video footage of the frozen river Feale in 1963?

This little film was made by a young Jimmy Hickey on the below Kodak Brownie.

The 8 minute film strip ran reel to reel and when you reached the end you rewound it with the winder shown below.

I think you’ll agree that camera technology has come a long way since 1963. 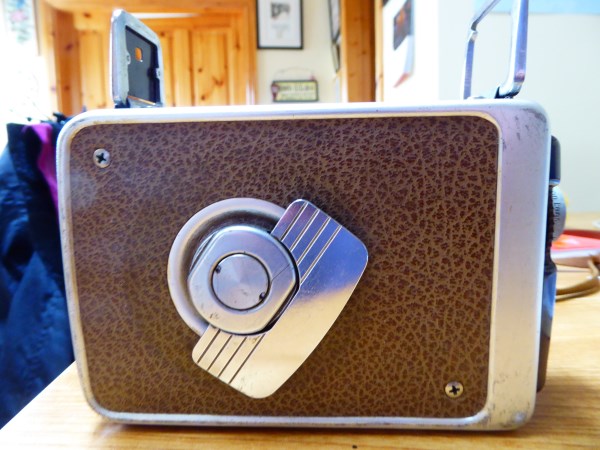 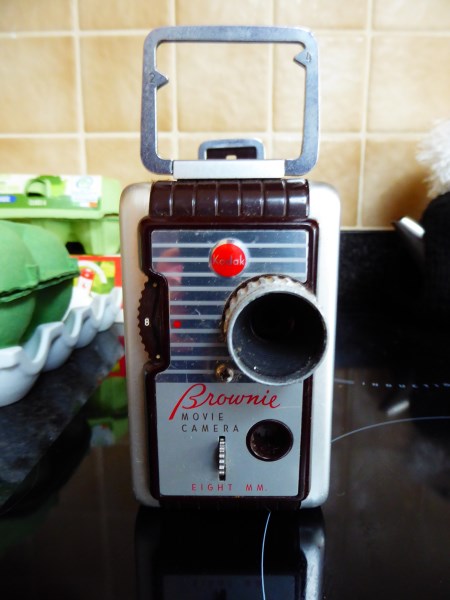 Some Spring Colour in The Garden of Europe 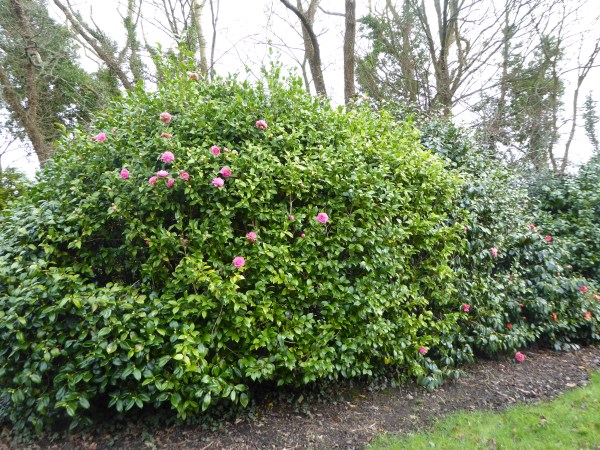 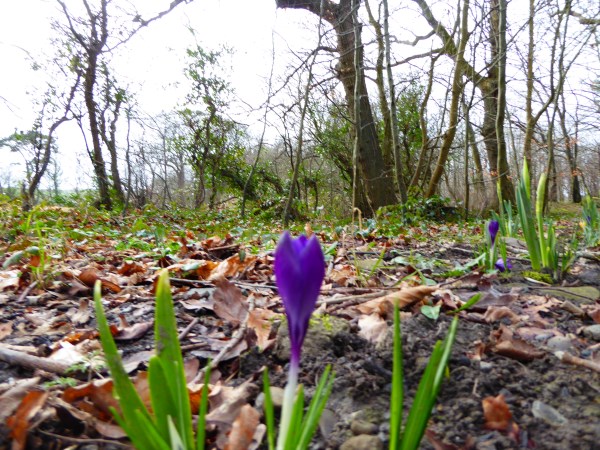 By Delia O’Sullivan
(published in Lifelines, an anthology of Writing by the Nine Daughters Creative
Writing Group)

In 1950s Ireland Lent was a
time of penance, prayer and self restraint. For forty days and forty nights we
were encouraged by the nuns to give up sweets – a scarce resource anyway.  We were to give our pennies to the missions
instead. The mission box was adorned with pictures of little naked, smiling shy
black children. It was brought out after morning prayers. Each offering was
carefully recorded. The nun said that this was important, as, on reaching the
half crown mark we would then have bought our own black baby. Michael’s mother
was the local maternity nurse and he did well from all her clients, so he was a
clear winner and the only person to reach the target. Michael was told that he
could now name the baby but we were all very disappointed to learn that the
baby would not be travelling. He would stay in Africa. The nun said that maybe
someday Michael would visit him.

When we reached our teens,
we found the dancehalls closed for Lent. The showbands headed for the major
English cities. But every rural village in Ireland had its own dramatic group.
The plays and concerts were not frowned on by the clergy as they brought in
much needed funds for churches and schools. This was a wonderful time for us.
As part of the Irish dancing troupe we travelled on Sunday nights with the
players. We sold raffle tickets, met “fellas” and experienced a freedom that
our parents didn’t even dream of.  We got bolder, inventing concerts in
far-flung area, returning later, saying there was a cancellation.

In 1959 we were student
nurses in London. During Lent we could enjoy the dances and the showband scene
denied in Ireland. But, with only two late passes a week we were restricted.
However we found ways around it – mainly by signing for a late pass in the name
of a fellow student who never went out. One of these was Mrs. Okeke.

As young country girls in
Ireland most of us had never been beyond the nearest small town. In our small
rural Catholic environment, foreigners were the occasional English or American
husband or wife, brought on holidays by an emigrant. They spoke with strange
accents and didn’t seem to understand the rituals of standing and kneeling at
mass. In Ireland I had only ever seen one black person, Prince Monolulu, adorned
with a headdress of feathers and very colorful robes, performing the three card
trick at Listowel Races. We were now part of a multi national society in a huge
teaching hospital. It overlooked Highgate Park where we watched the squirrels
climb trees and nibble at shoots. We also saw a steady flow of visitors to the
grave of Karl Marx in Highgate Cemetery. We integrated well, most of us being
of the same age group.

The exception was four
Nigerian ladies who were older and dour. They never smile. One of them, Mrs
Okeke asked us why we stared and , if we laughed, she called us silly girls. Off
duty, they dress in bright robes and huge turbans. They chewed on sticks to
whiten and strengthen their teeth. They cooked spicy foods on the gas rings
which was supposed to be used only for boiling kettles. When reprimanded by the
Home Sister, they pretended not to understand.

It all came to a head on the
day  the anaethestist was giving us a
demonstration of the different types of anaesthetic. We were encouraged to
participate. As Mrs. Okeke’s hand went up for a demonstration of laughing gas,
we all kept our heads down. A small whiff and she was laughing hysterically,
displaying a number of gold teeth. We laughed until our sides were sore.
Suddenly her face took on its usual dour look but by then we were unable to
stop laughing. She couldn’t retaliate with the anaesthetist present.

Some days later we met her on
her way back from the Matron’s office.  She had been asked to explain why her name had
been signed for seven late passes in a row, even though she was convinced that
she had never had a late pass. Her perplexity deepened when one of us suggested
that she was suffering from the after effects of laughing gas.

Help for a Family who have suffered an appalling tragedy 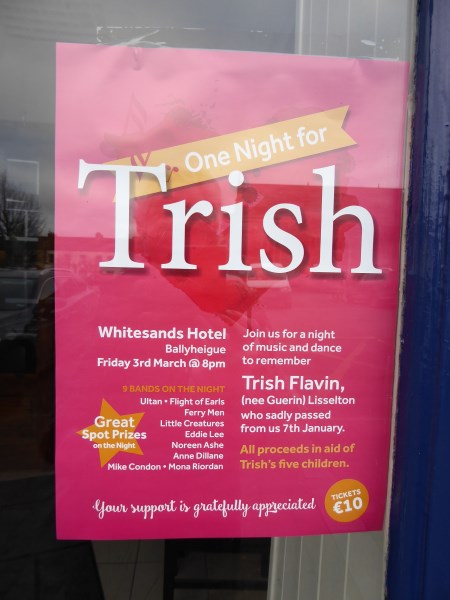 During the week I posted an old picture of Listowel’s Plaza/Ozanam Centre. Here is the story behind its construction from Vincent Carmody’s Snapshots of an Irish Market Town 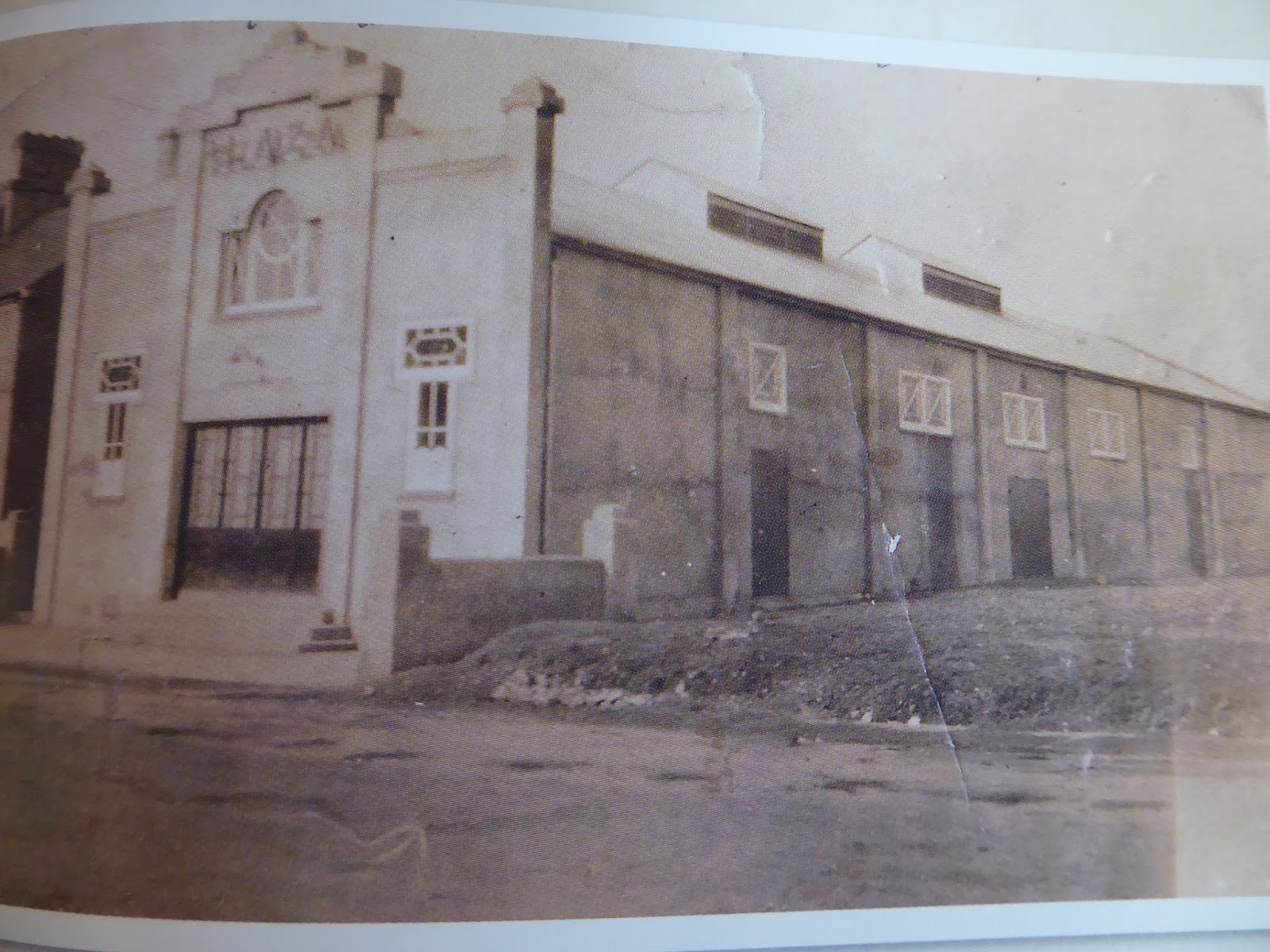 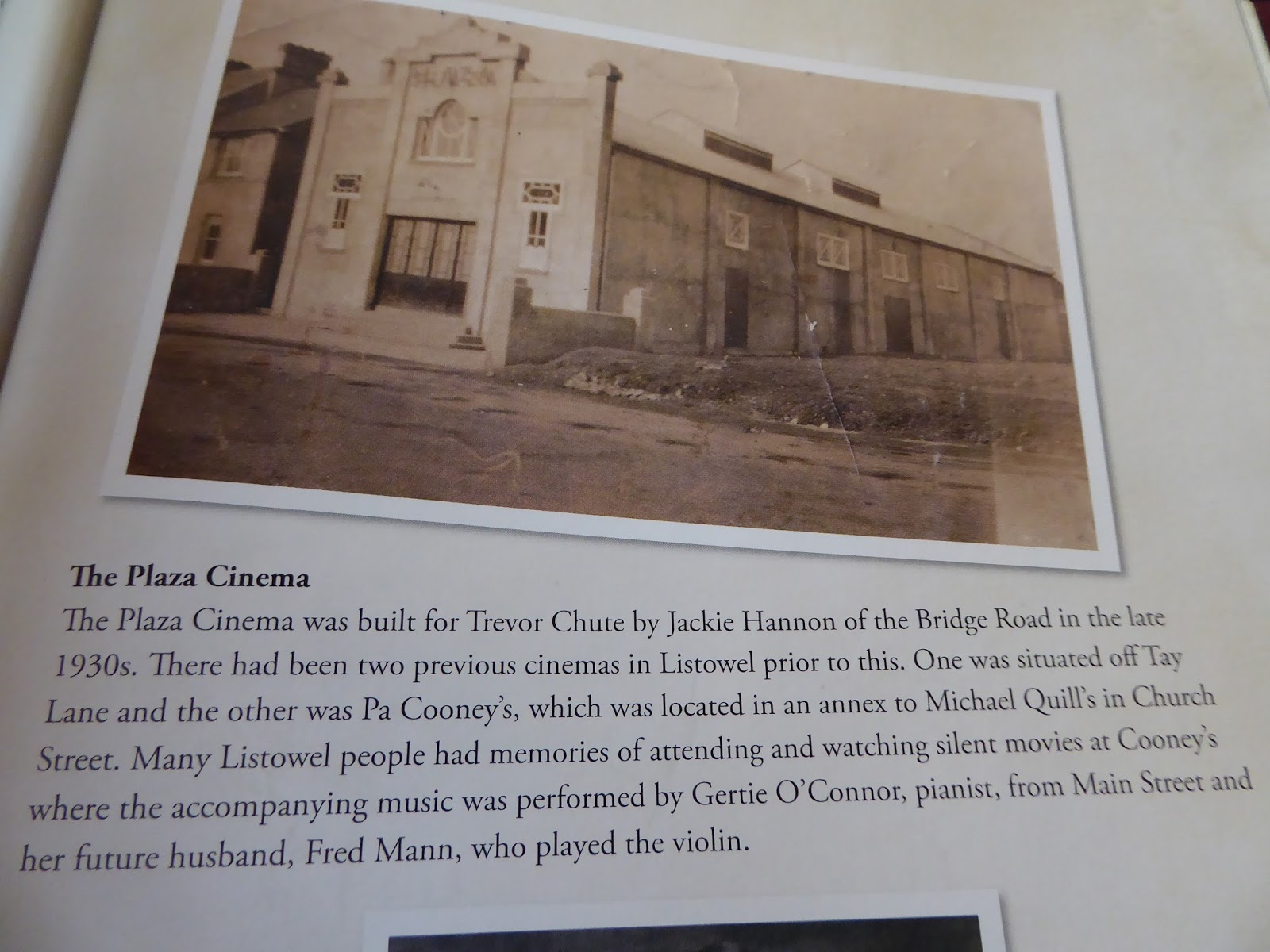 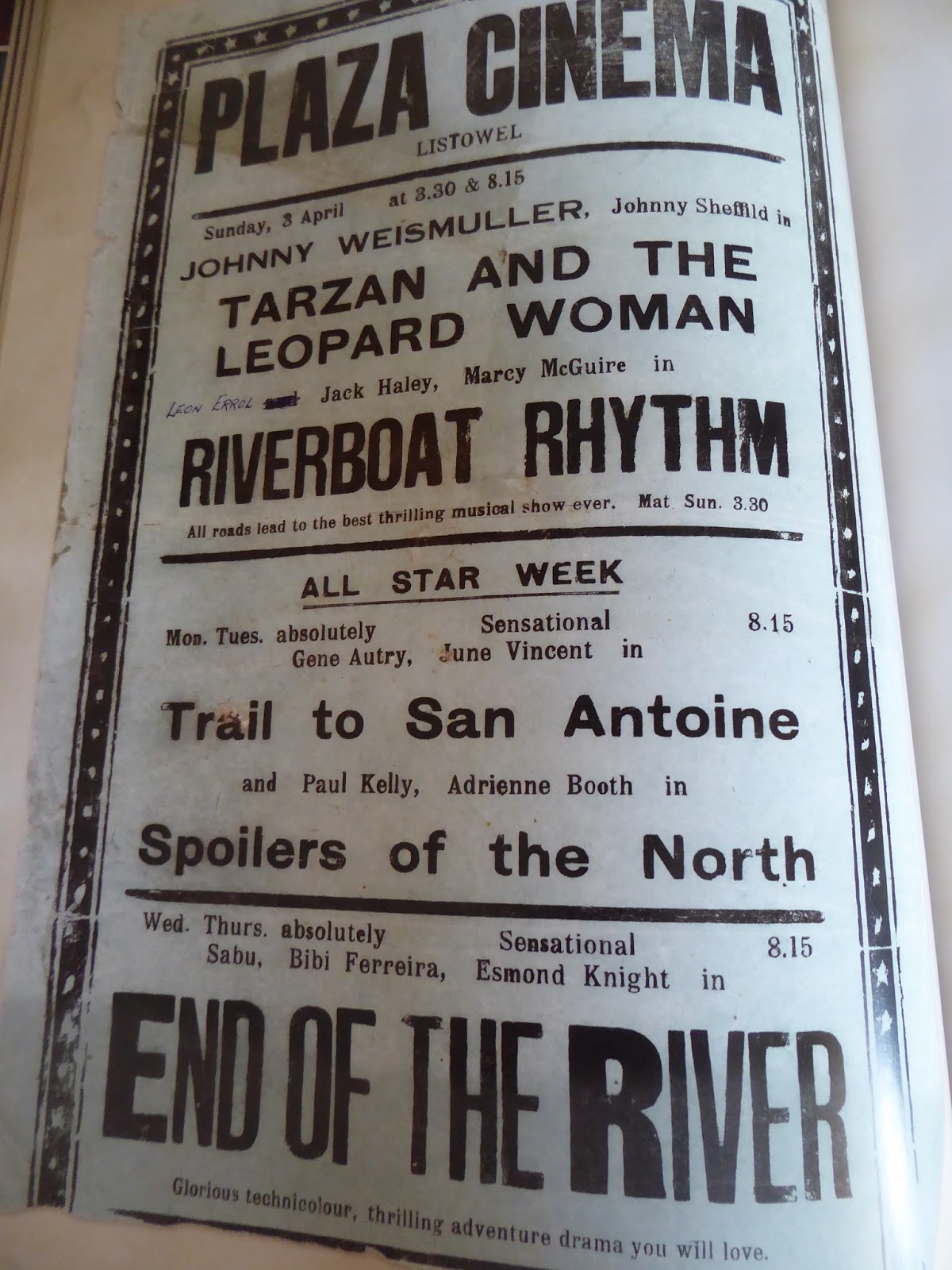 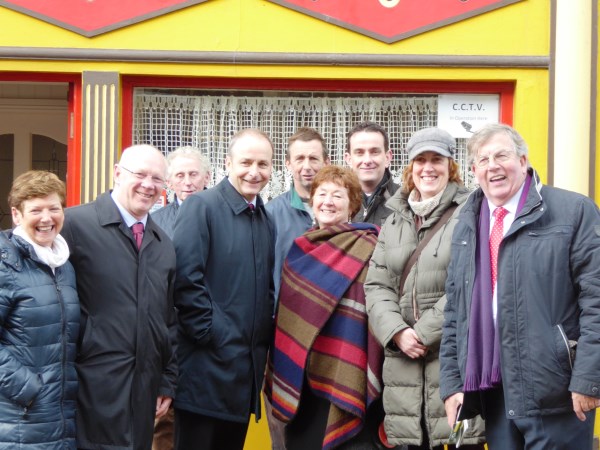