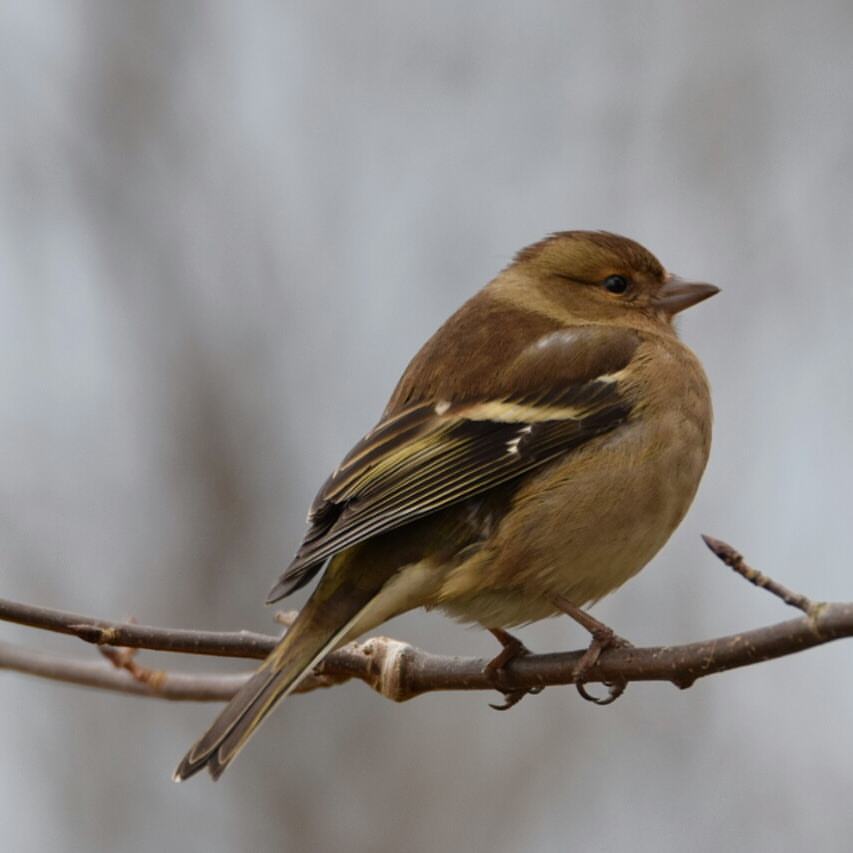 Swinging a Camán in Ballybunion 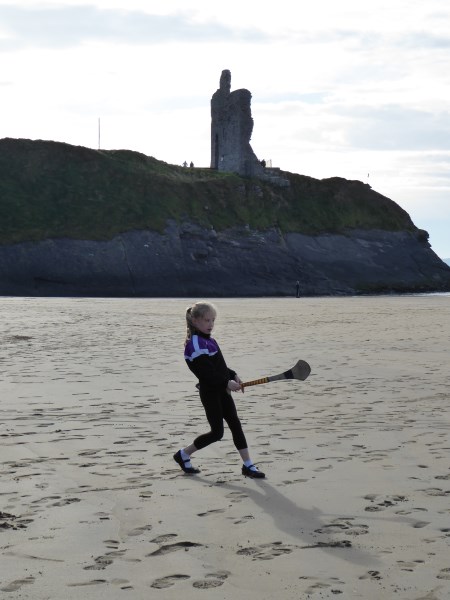 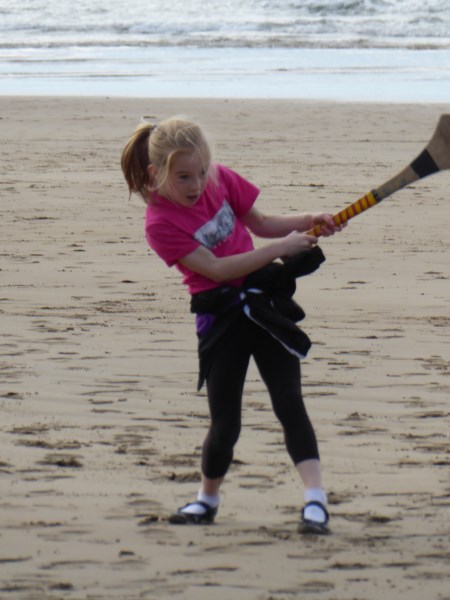 I have a granddaughter who loves to hurl. Here she is giving it a lash on the beach in Ballybunion on Sunday October 30 2016. 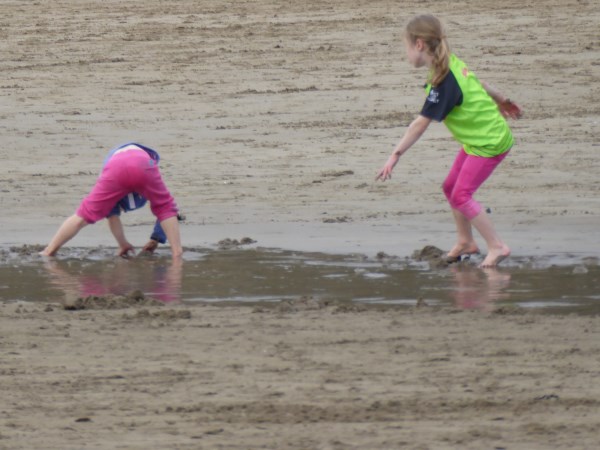 It was like a summers’ day. The children were having a ball. 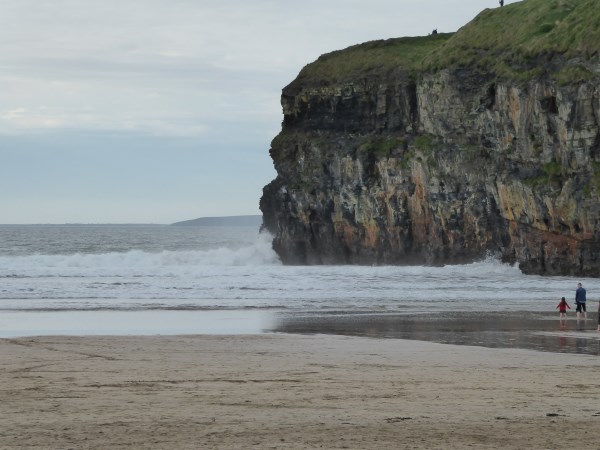 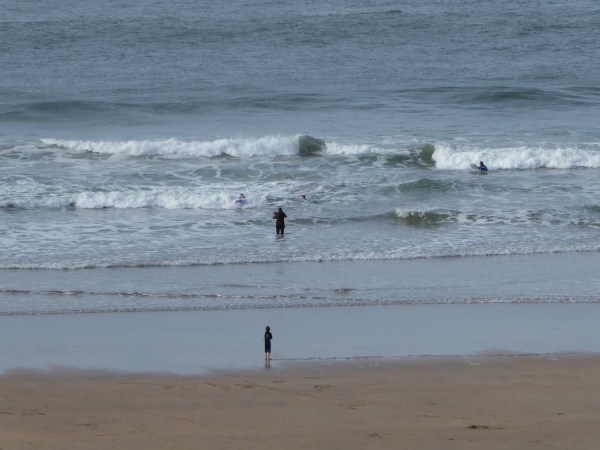 There were swimmers and surfers in the water, some of them without wetsuits! 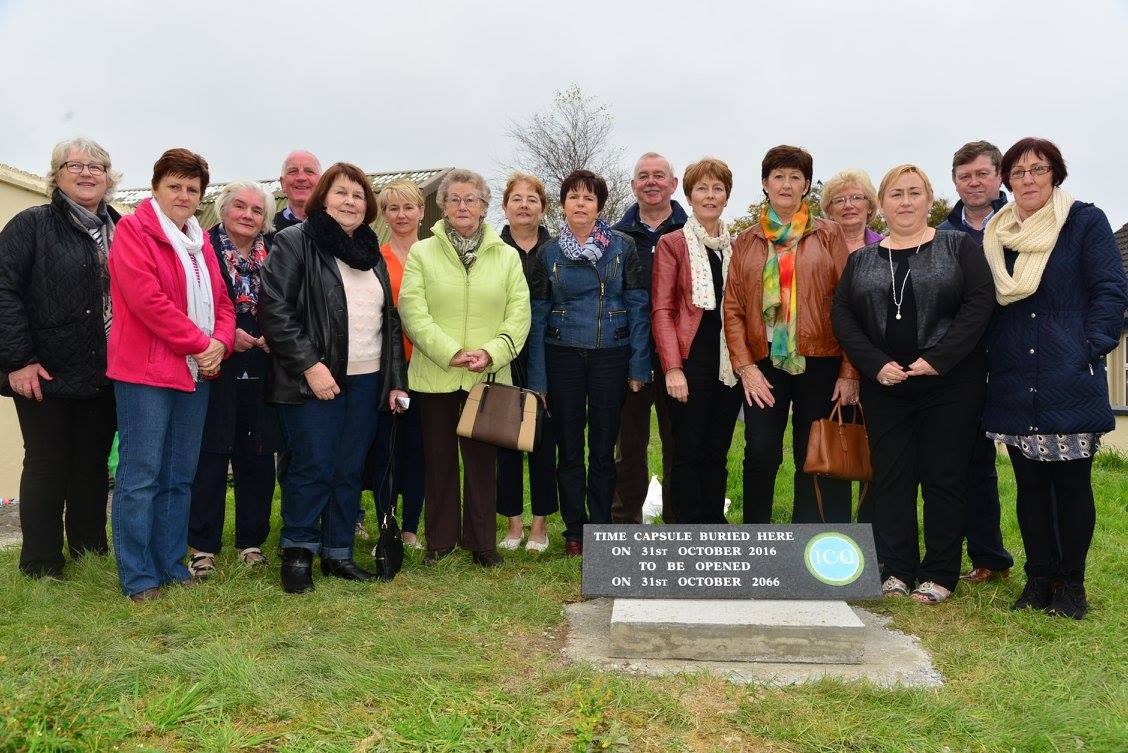 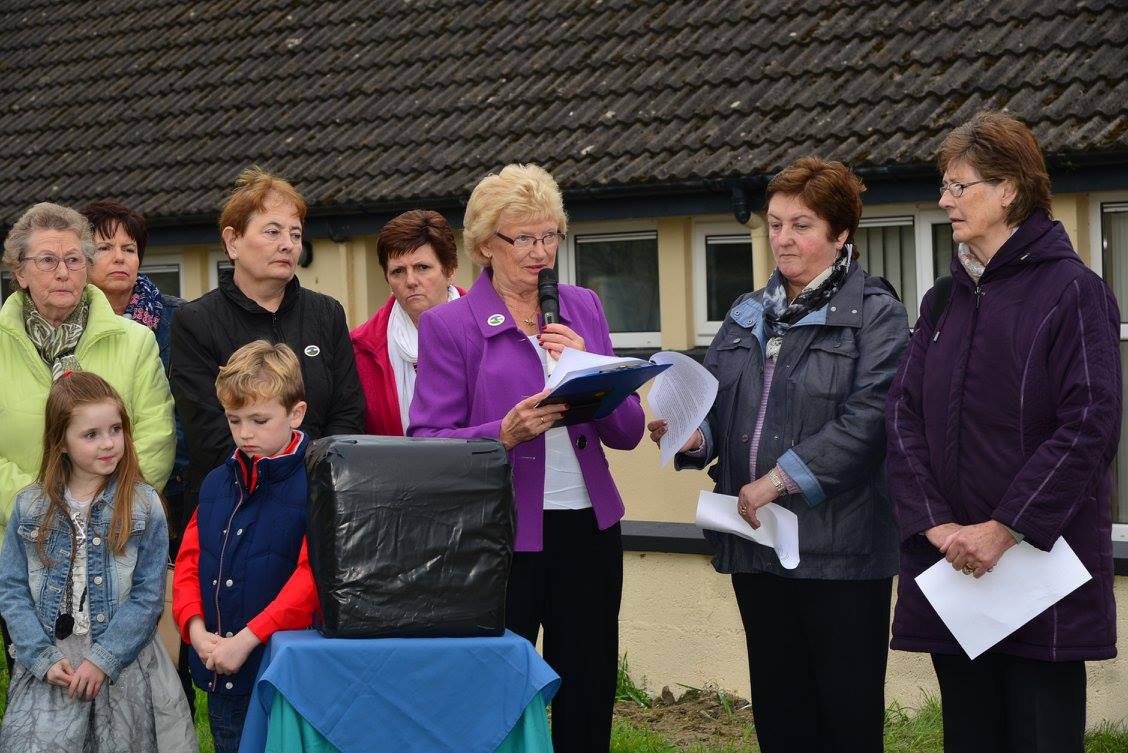 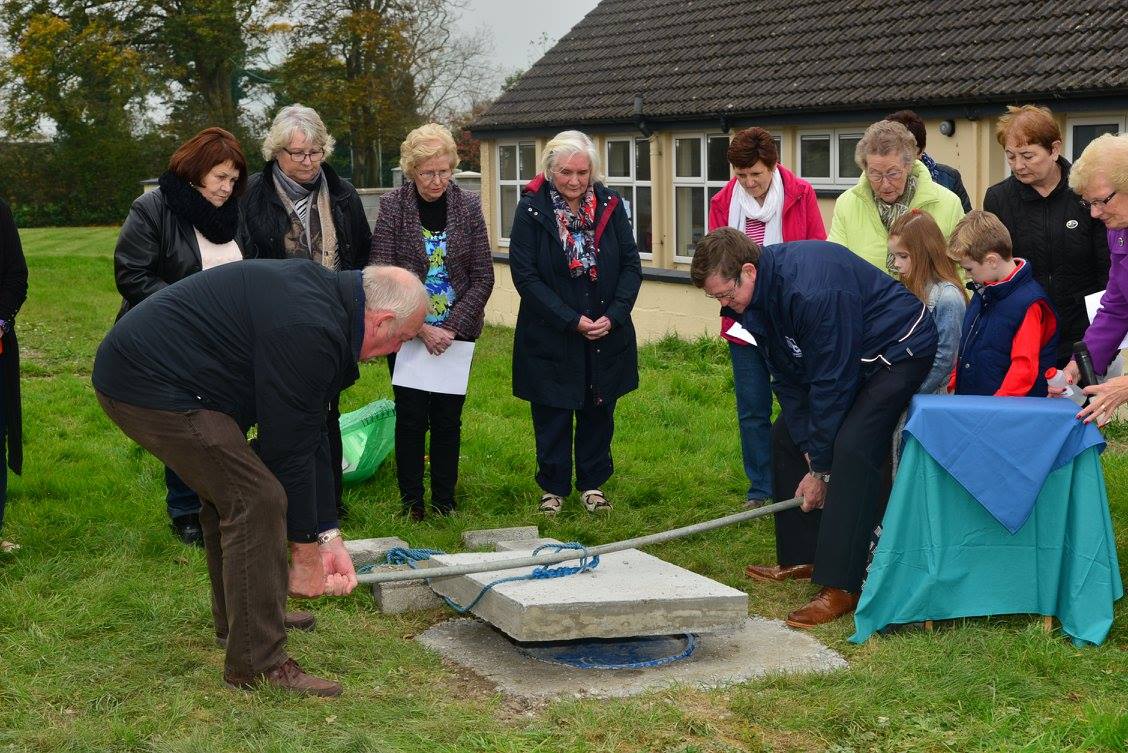 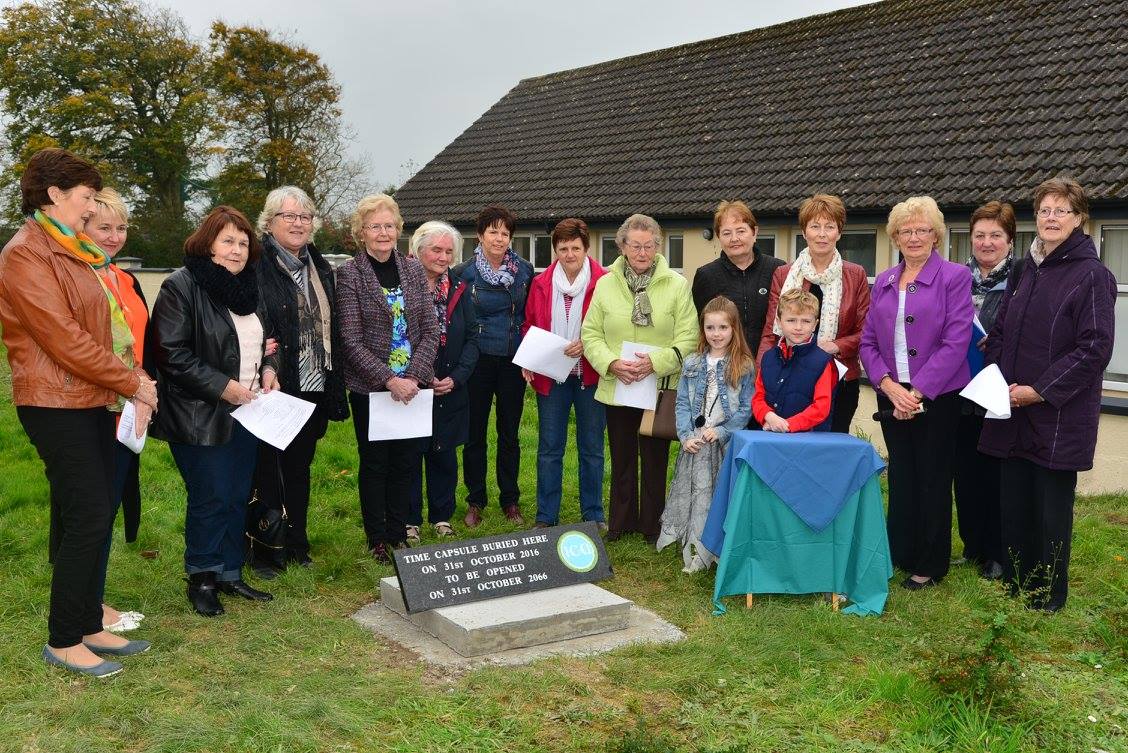 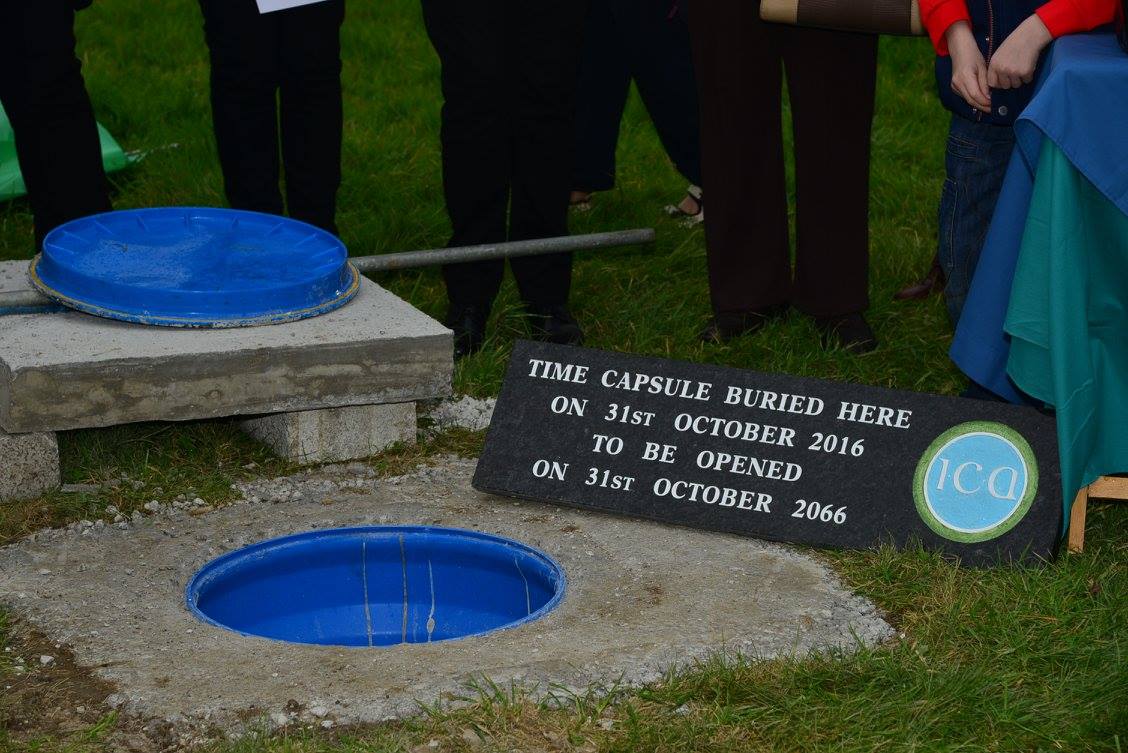 
The Best of Billy Keane 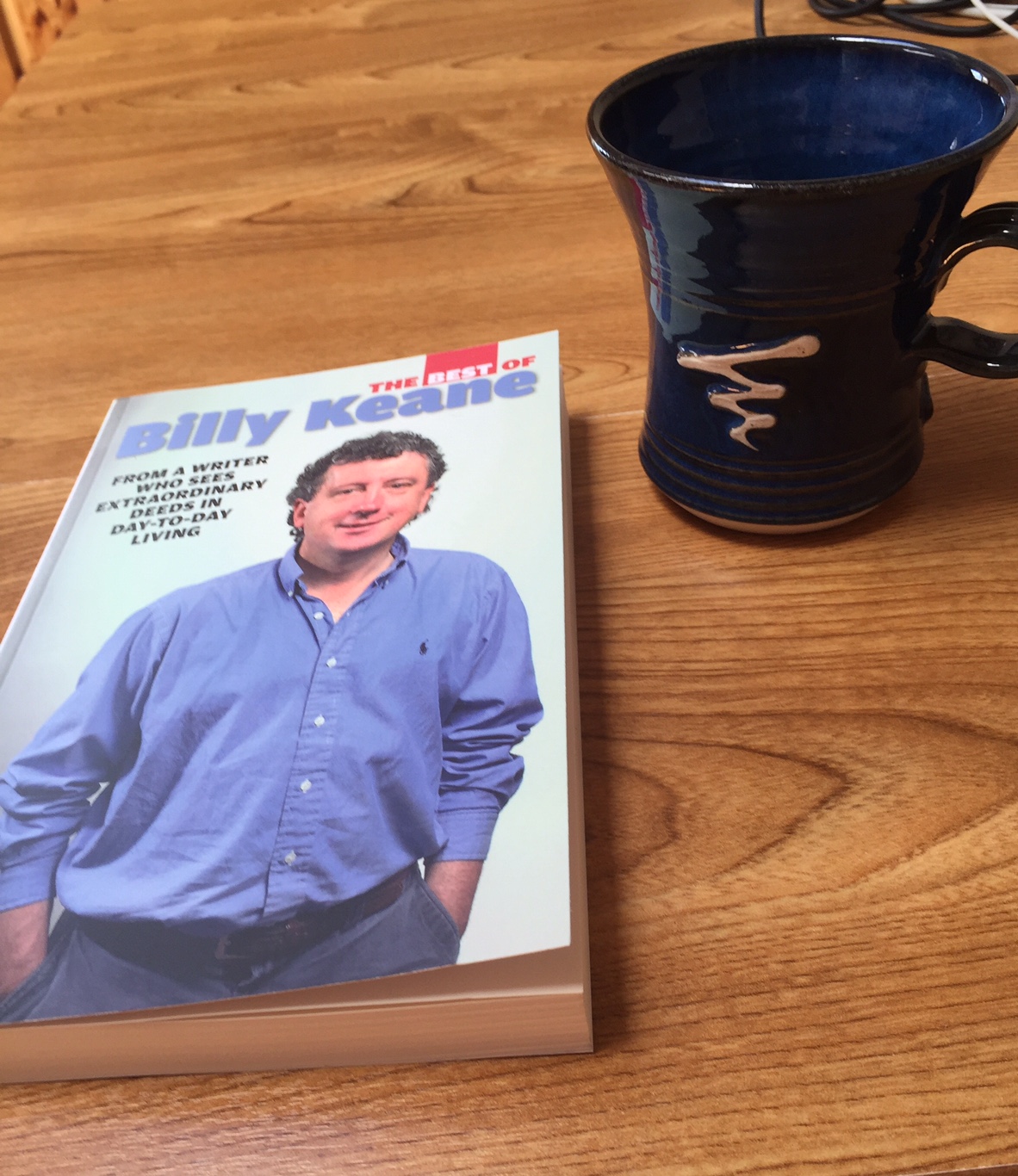 This book is a new departure for Billy Keane. It is not a novel. It is not a sports biography. In a way, it is a bit of both and more.

Journalism, by its nature is throw away writing. Colour pieces like Billy’s weekly columns in the Irish Independent are to be read and discarded. That is the nature of the beast.

Every now and again someone recognises that writing of this calibre is more relevant and lasting than yesterday’s newspaper and thus a collection is born.

The Best of Billy Keane is a curated collection of Billy’s columns in The Irish Independent and The Kerryman.

I am a fan of this genre.  Among  my all time favourites is the late great Con Houlihan, the chatty Maeve Binchy,  Tom Humphries, Olivia O’Leary and Miriam Lord. So you see what I like; a well turned phrase, an unexpected analogy, but most of all a keen observation of people with a hint of the eccentric, the entertaining.

Billy Keane’s writing is all of the above. At times he wears his heart on his sleeve. His essay can be a mixture of self revelation, self deprecation, occasionally a bit of self indulgence, a moment to wallow in grief, or sorrow or regret. He writes about the people he admires and the people he loves. Who will forget his recent articles following the death of Anthony Foley?…..too late for inclusion in this anthology. Rarely, does he get on his hobby horse and indulge in a rant. He sometimes wanders into a bizarre world of tall tales and overwrought imaginings.

One thing I love about Billy’s writing is the randomness  of it all. When I open my Irish Independent on a Monday, after I’ve read the headlines and done the Soduko I head for Billy Keane’s column. It’s like opening a surprise present from a favourite giver. Very often it is a local issue, maybe a story or a death that has caught Billy’s fancy.

Didn’t Homer make the Iliad out of a local row, according to Patrick Kavanagh?  Like Kavanagh, Billy Keane has that ability to take the local and make it universal.

I have laughed and cried reading Billy Keane. I have learned a bit, mainly about sport or the lot of the rural publican. I have been uplifted, amused and sometimes plunged into despair by the power of his writing. I have always, always been entertained.

I welcome this anthology. I will keep it handy beside my collections of the writing of Con Houlihan and my Windharp Poems of Ireland. I think I’ll ditch The Life Changing Magic of Tidying (unread) to make room.

Billy Keane has always encouraged me in what I do. He has often told me of his high regard for my late husband. Billy was in one of the first classes that Jim taught when he came to Listowel. Before the principalship of Diarmaid OSuilleabháin, St. Michael’s more often then not employed past pupils. Billy told me that Jim was like a breath of fresh air.

When Jim died and I was finding it hard to find motivation to continue with my blog, Billy was among the many local people who encouraged me to keep going. I remember what he said when I met him one day in the small square. “We need chroniclers.” So, from one chronicler to another,

Go néirí go geal leis an togra nua seo. More power to your elbow. May you continue to entertain us for many years to come. Is ag dul i bhfeabhas atá tú. 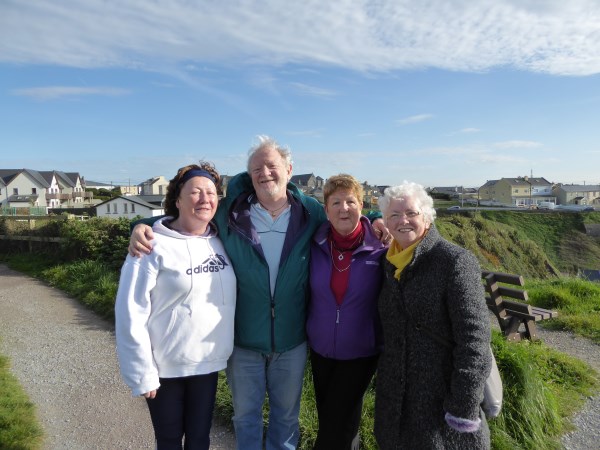 Jean, Neil, Mary and Mary on the Cliff Walk, Ballybunion