While I was on my holidays in Pays Basque, I went one day to Bayonne to visit the Basque museum and to explore this historic French town. 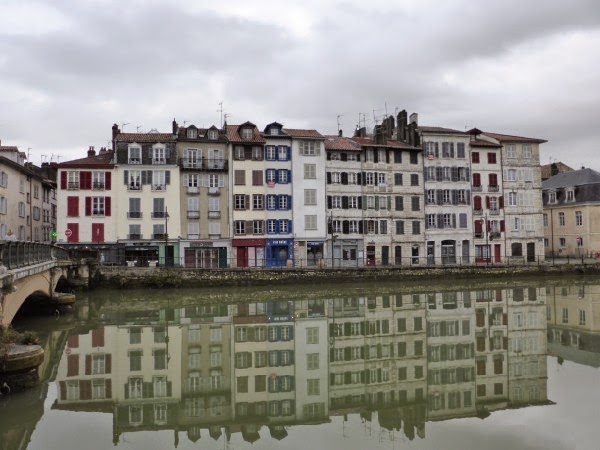 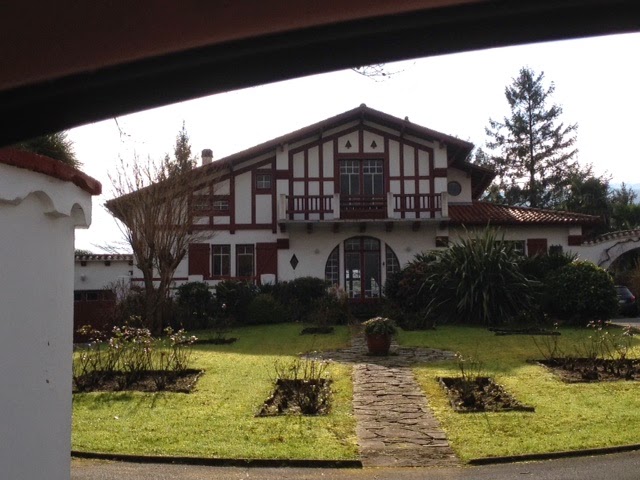 This is a typical Basque house. The whole extended family lived together, very often with the animals on the ground floor providing warmth and the grain store in the attic to be kept dry. Interestingly the eldest inherited, regardless of whether the eldest was male or female. 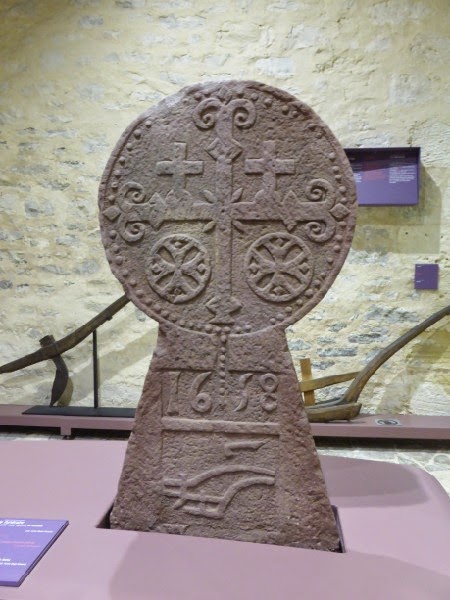 Old Basque headstones did not tell the dead man’s name or any of the particulars of his life except the year of his death. 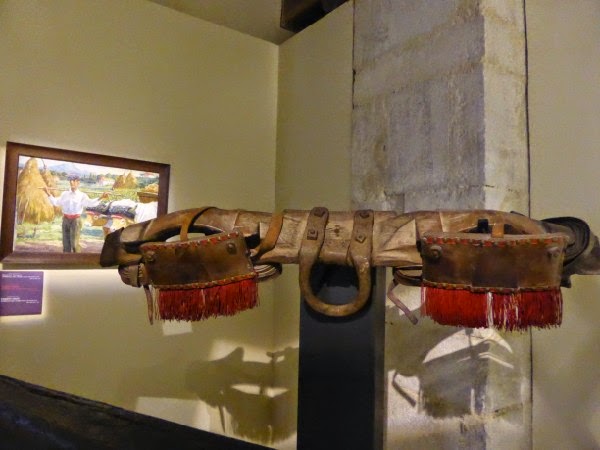 These people lived high in the mountains in terrain unsuitable for a horse. This yoke is literally a yoke that tied two oxen together for ploughing. The farmer is often seen walking ahead of his oxen. 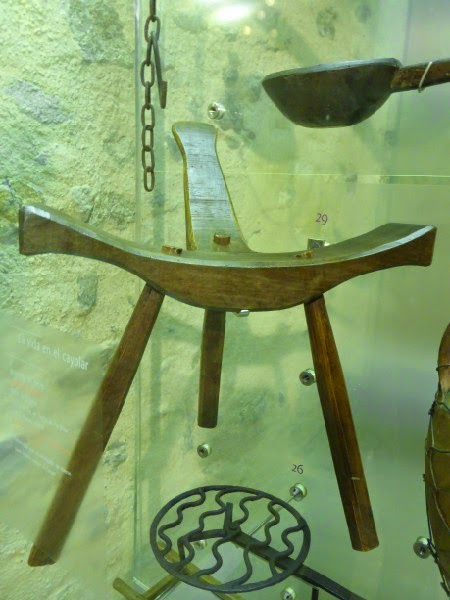 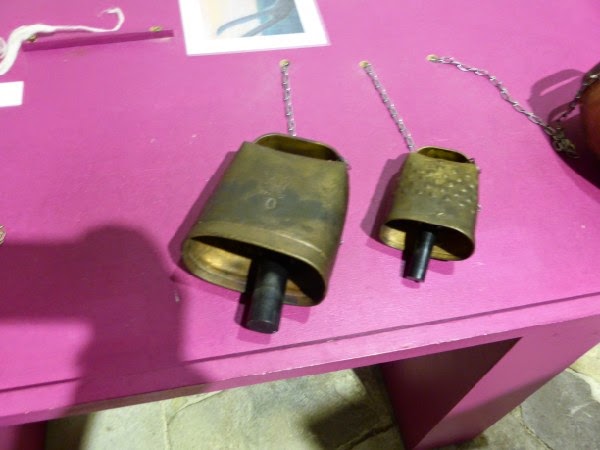 No fences here so the bell was an important locator…a kind of early tagging system. 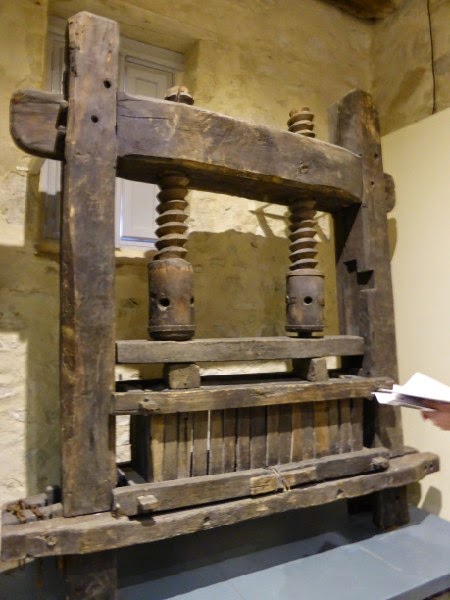 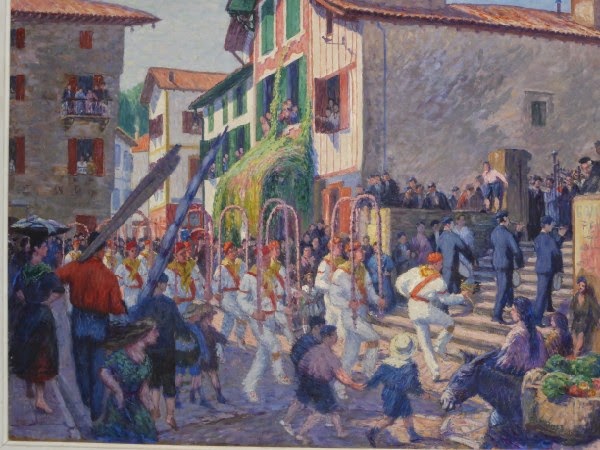 Basque people love to sing and dance at their festivals 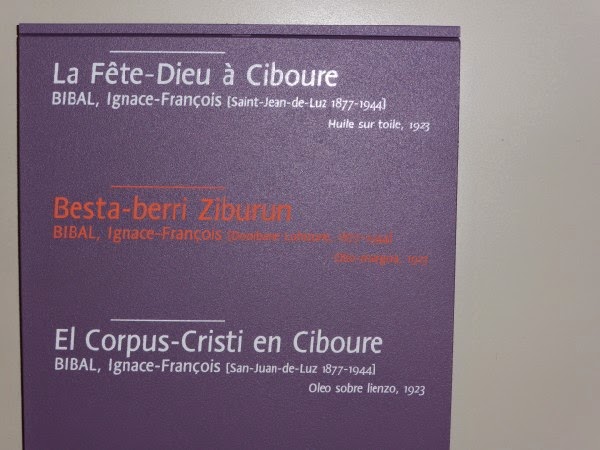 The Basque people have a game very close to our handball which is played all over the Basque region. There are local variations of the game. Sometimes the players wear a glove or use a racquet or basket type implement. But what they have in common is the fronton. This is the court or wall where the game is played and you can see these frontons in the centre of almost every town in the region. 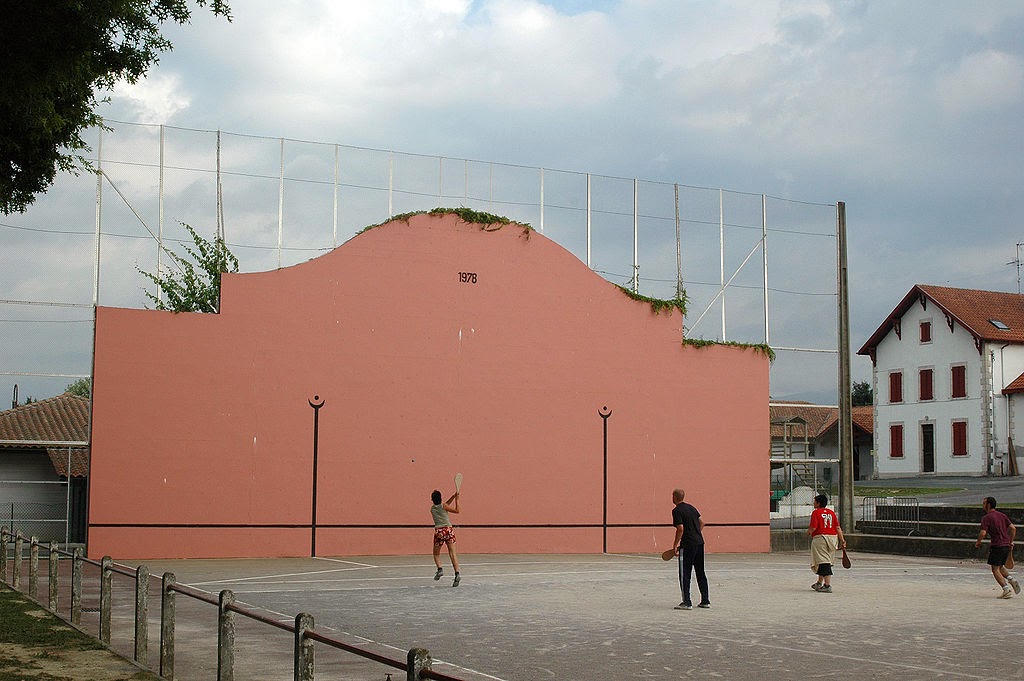 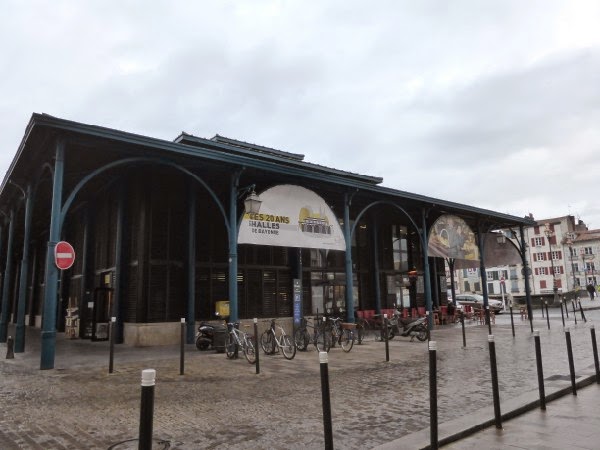 The Halle or market in Bayonne 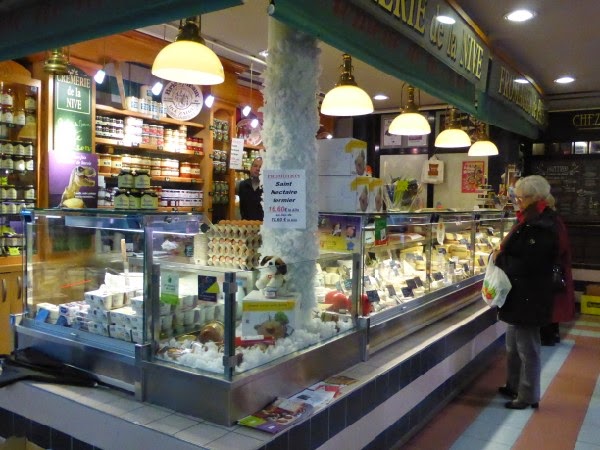 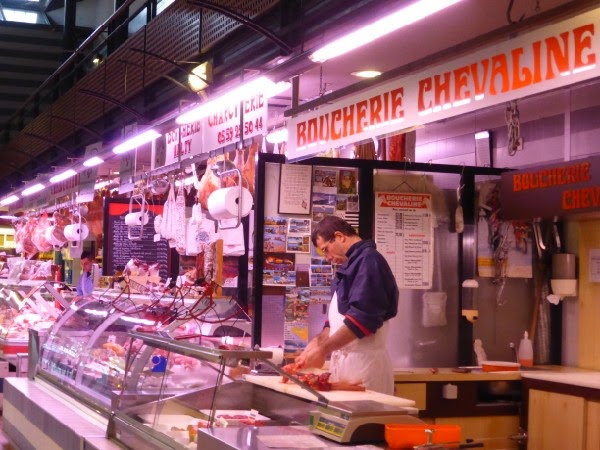 Yes, they do eat horse. Here is a horse butcher at work. 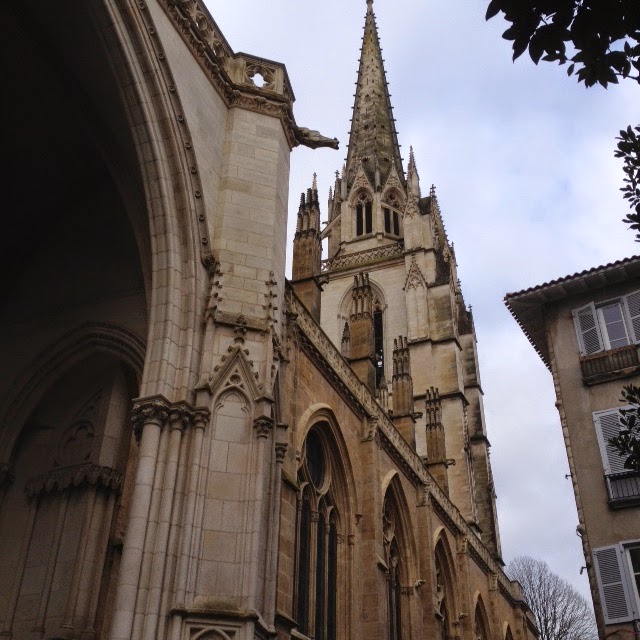 There is a beautiful cathedral in Bayonne 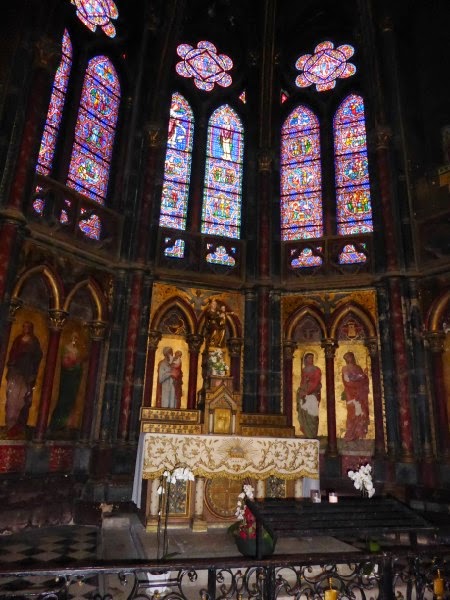 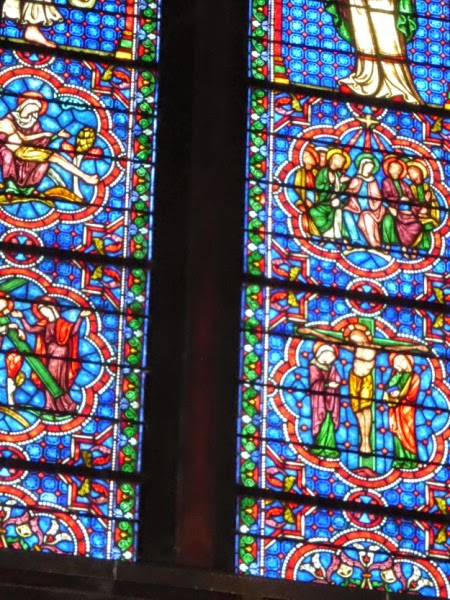 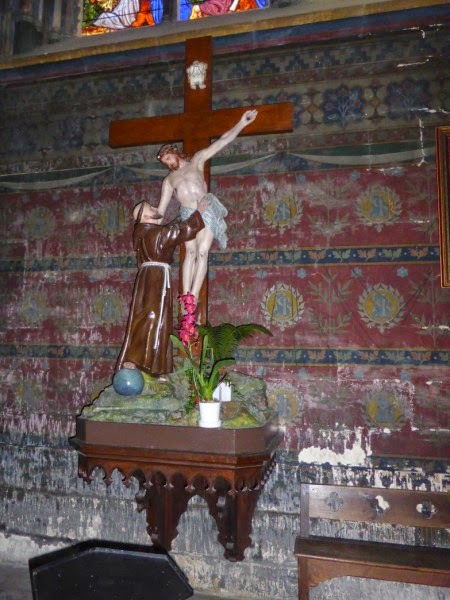 Unusual depiction of the crucifixion. Is that St. Francis? 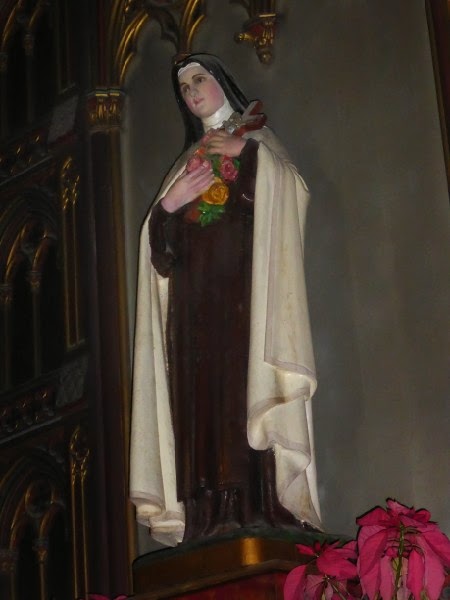 Some more familiar statuetry as well 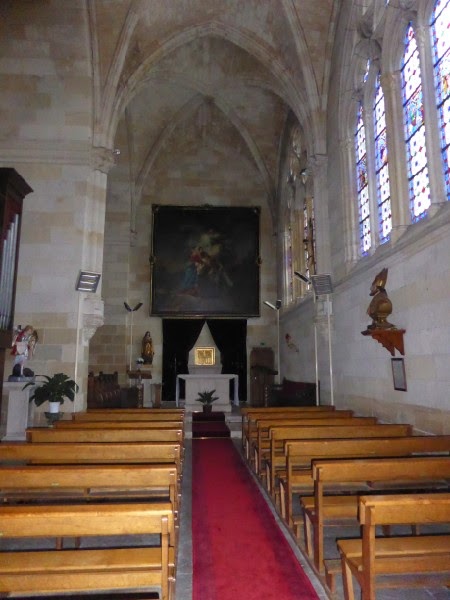 They have a good idea in that they have a side chapel that is used on a daily basis and they leave the big cathedral for ceremonial occasions. 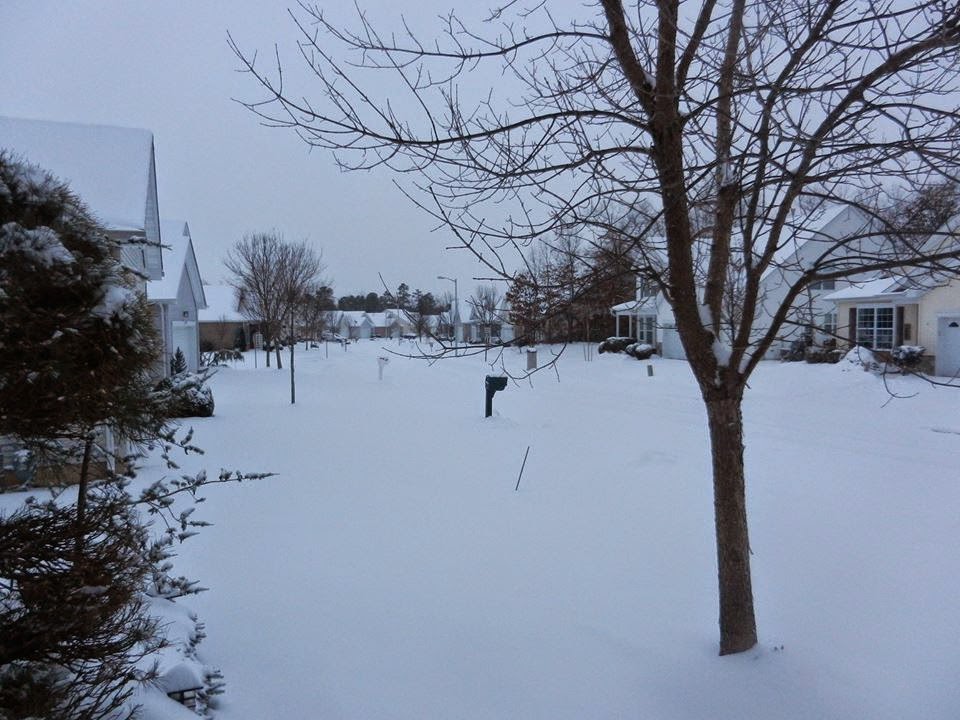 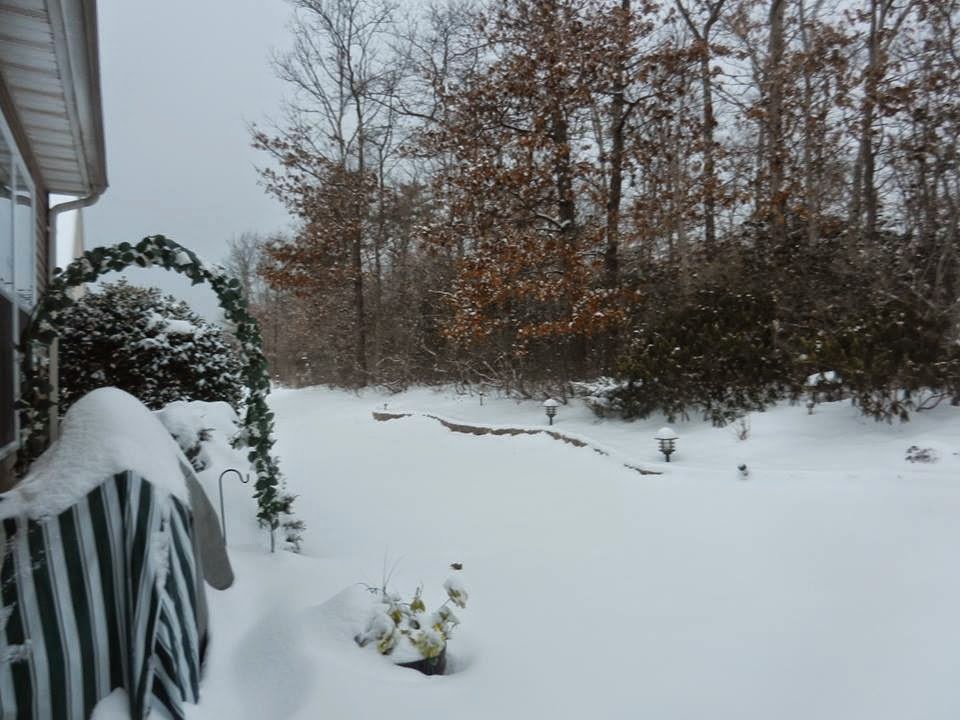 Liam Murphy, formerly of Lyreacrompane, posted these photos on his Facebook page. This is the view front and back of his home as New England is caught in the grip of one of its worst snowstorms in living memory.

Scoil Realta na Maidine keep us up to date on what the boys are at with frequent updates to their Facebook page. This week some boys were rewarded for their random acts of kindness and some second class boys tried their hands at sewing. 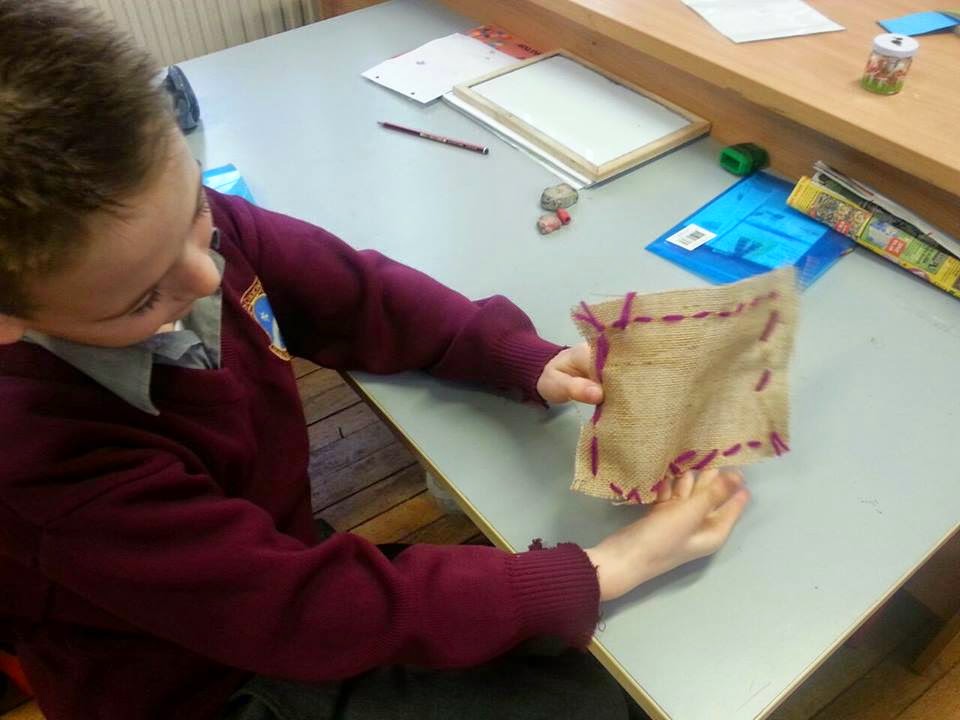 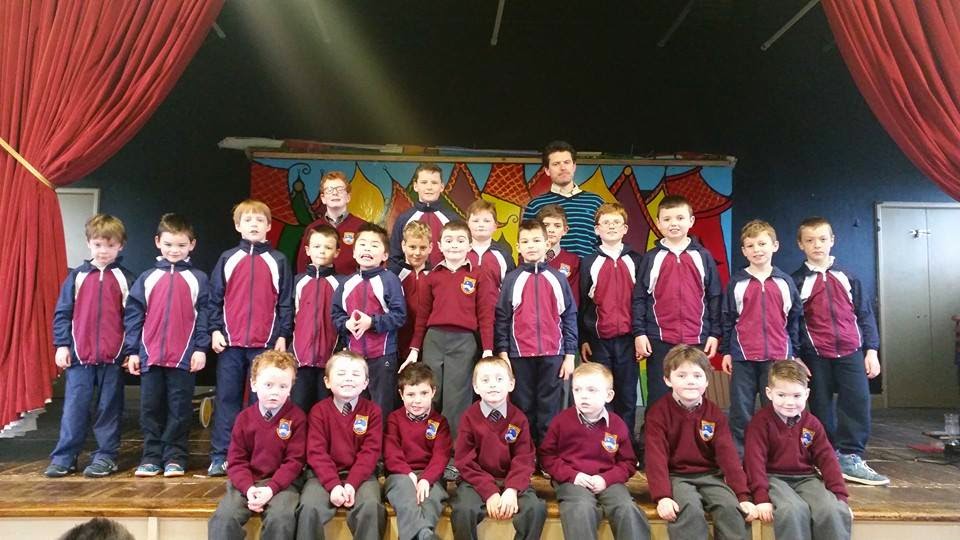 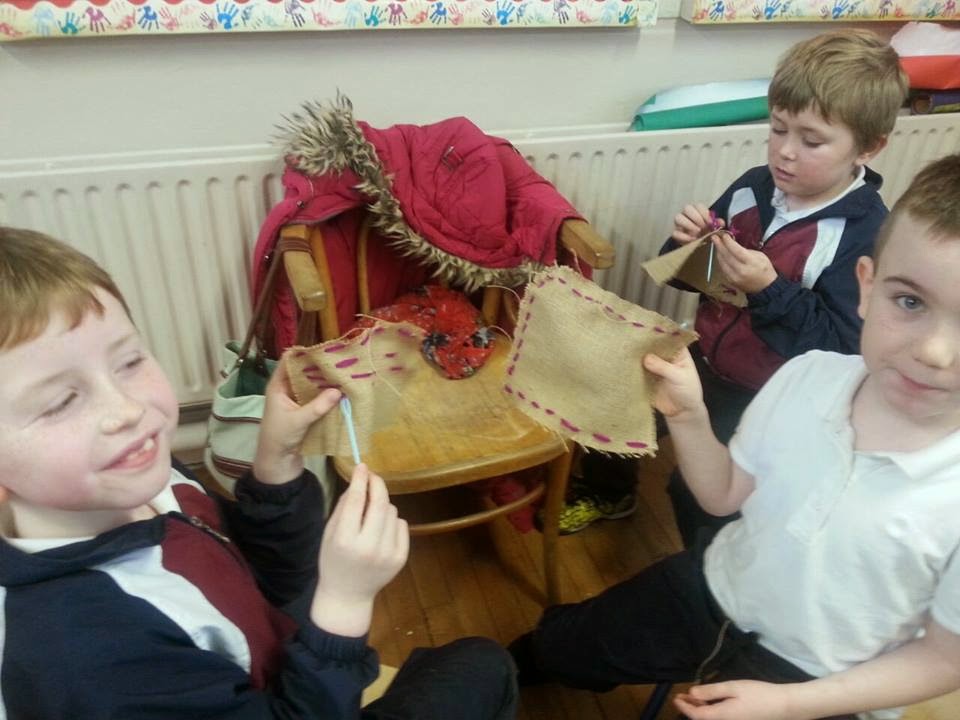