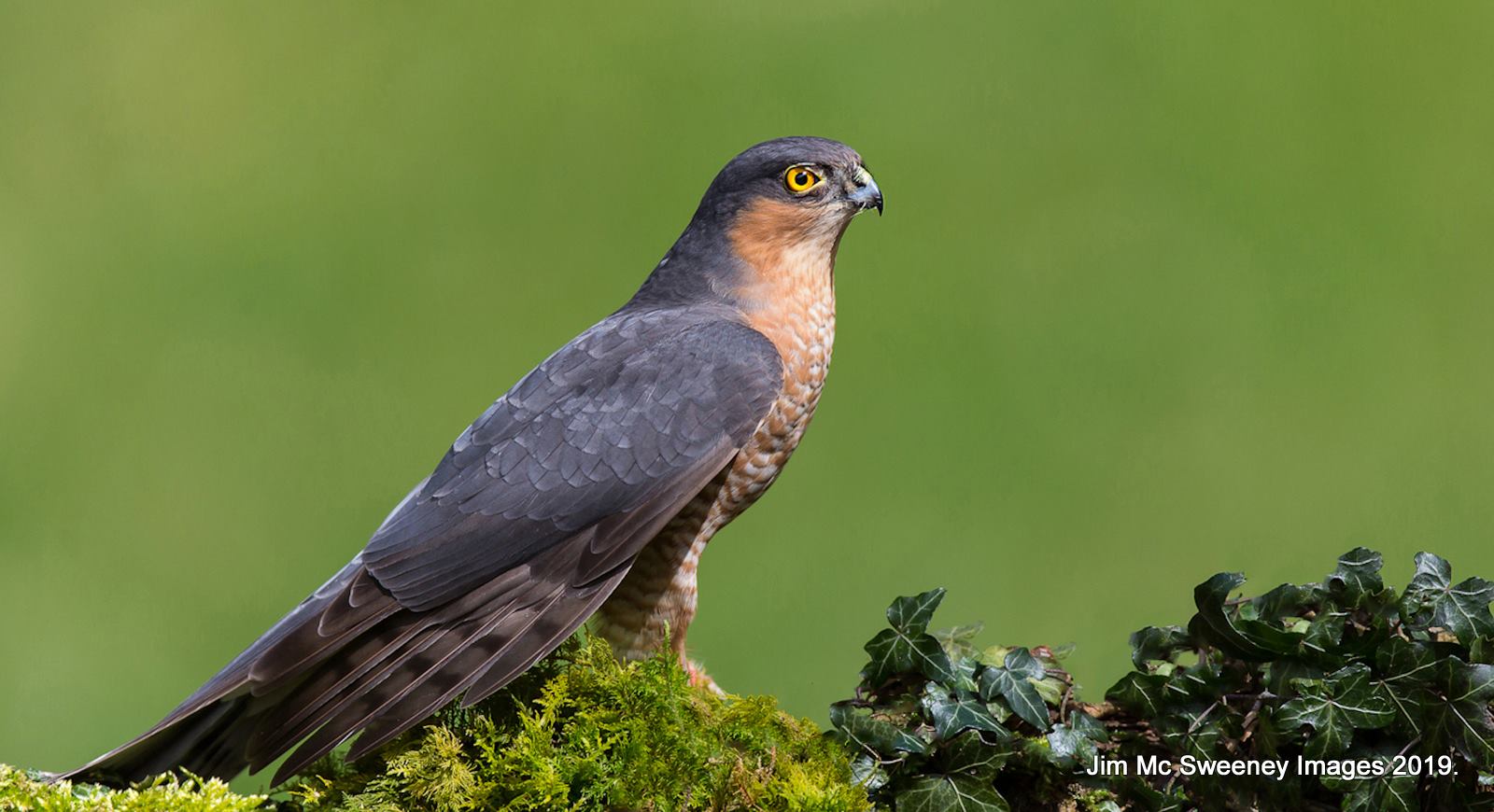 You’d never know who you’d run into at the St. Patrick’s Day parade. On Charles Street I met up with neighbours and friends. 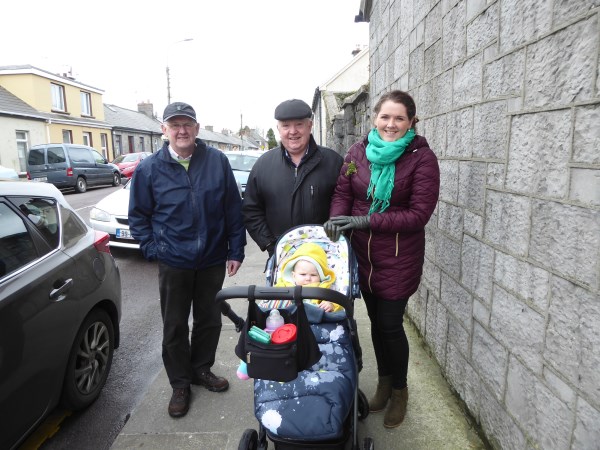 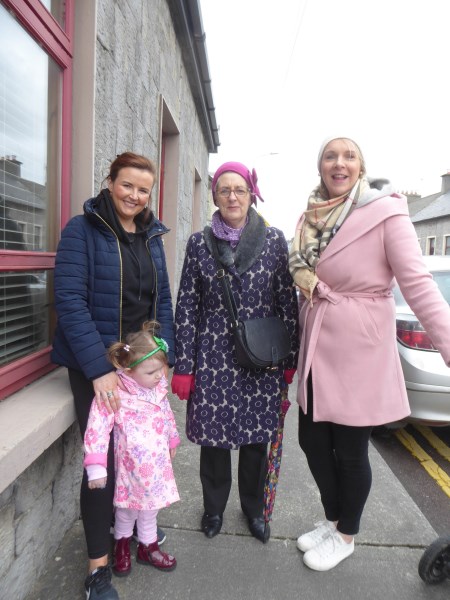 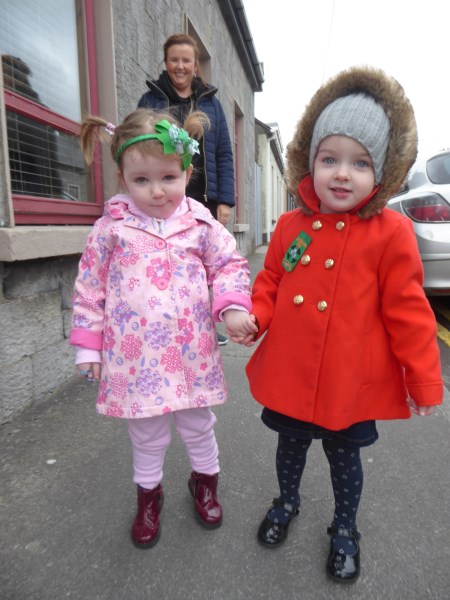 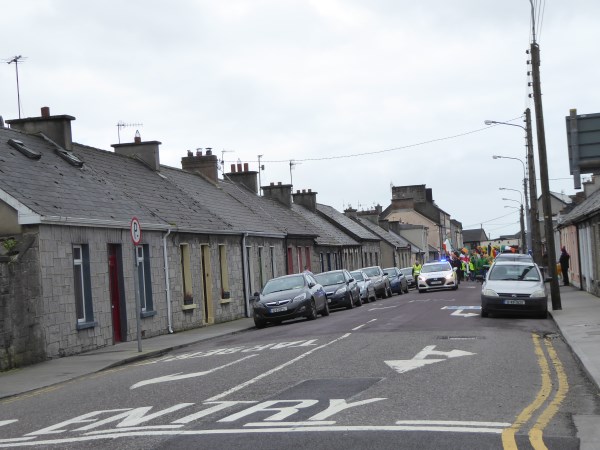 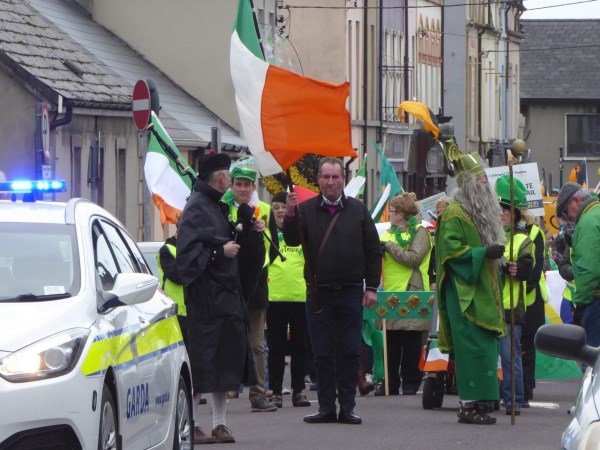 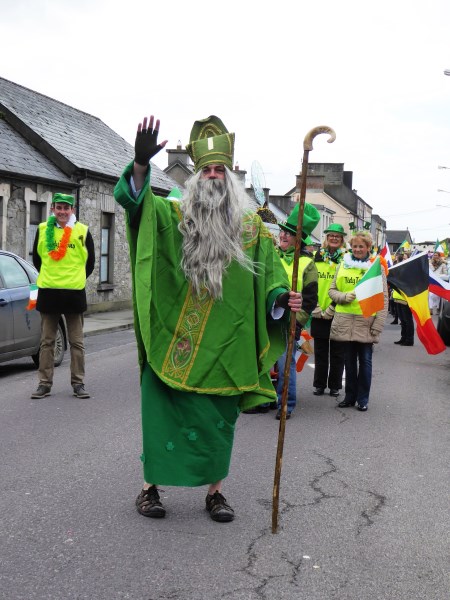 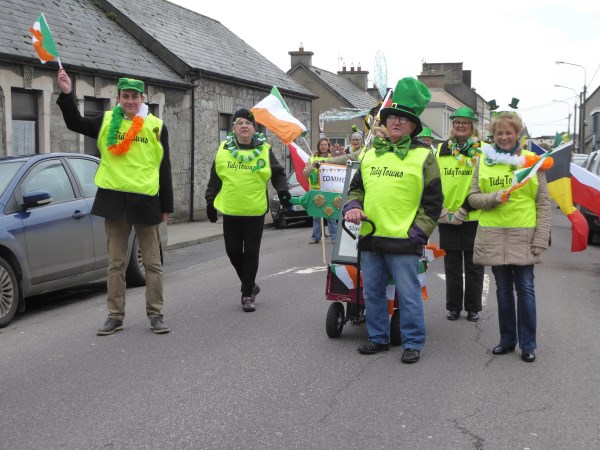 Proudly flying the flag for Listowel were this year’s victorious Tidy Town Committee. 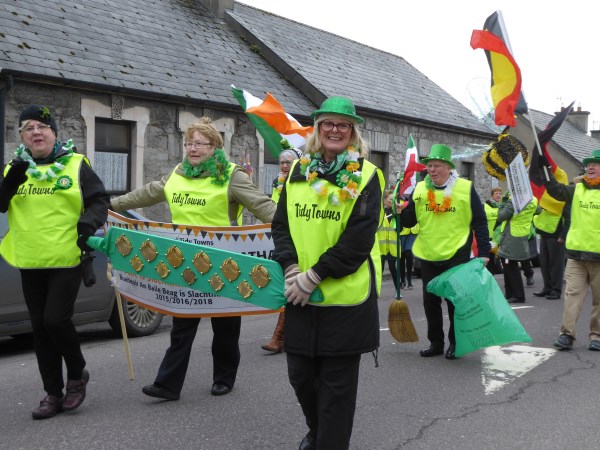 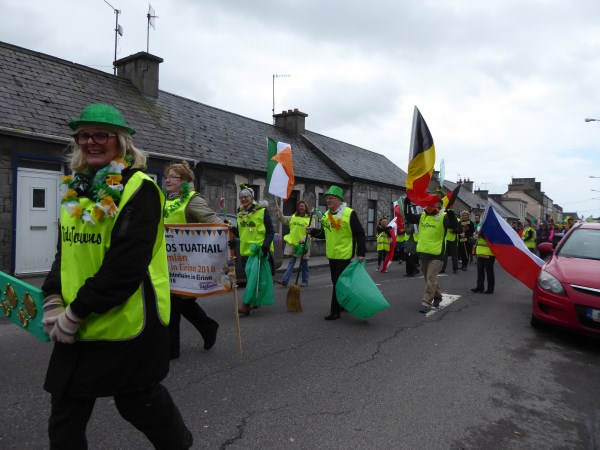 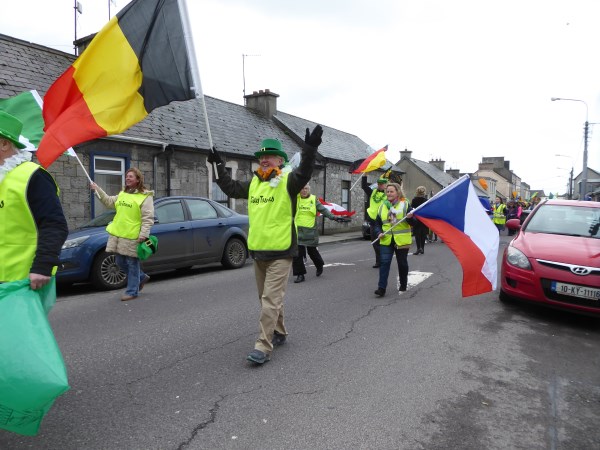 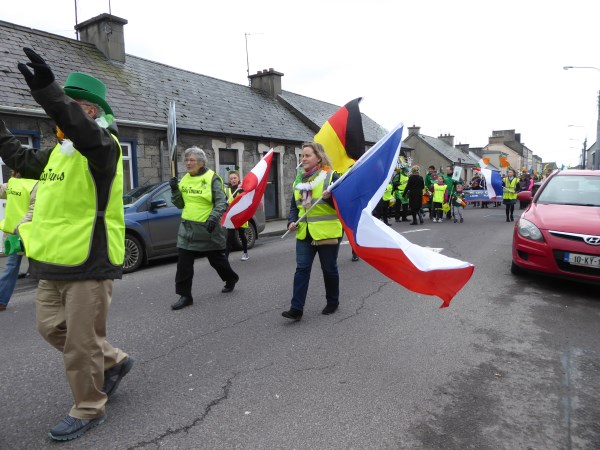 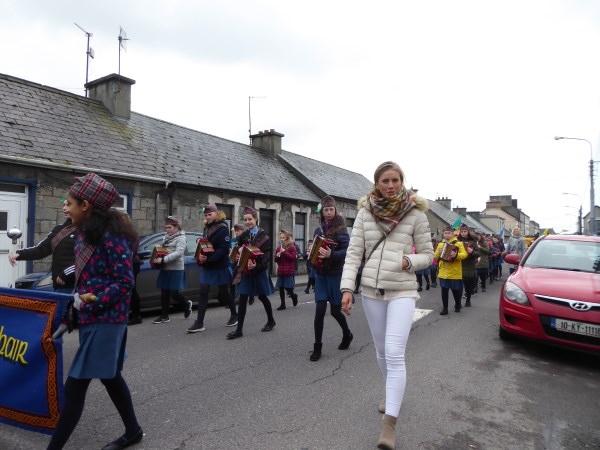 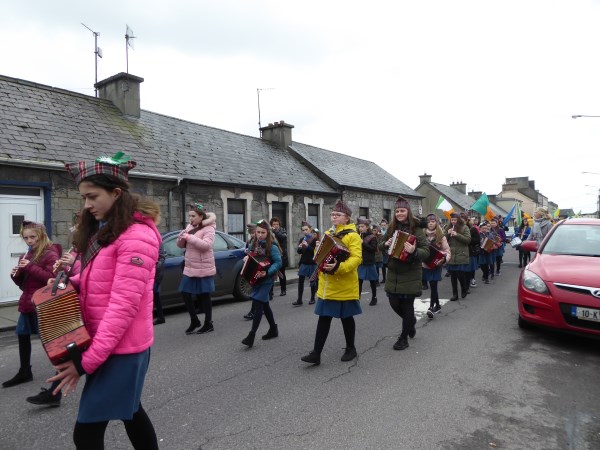 The Listowel convent girls marching band are an essential part of Listowel’s parade.

What is it with U.S. presidents and golf?

Since Eizenhower in 1954 the White House has had a putting green. It’s been installed, allowed to grow over, reinstalled and eventually relocated by President Clinton, an avid golfer. 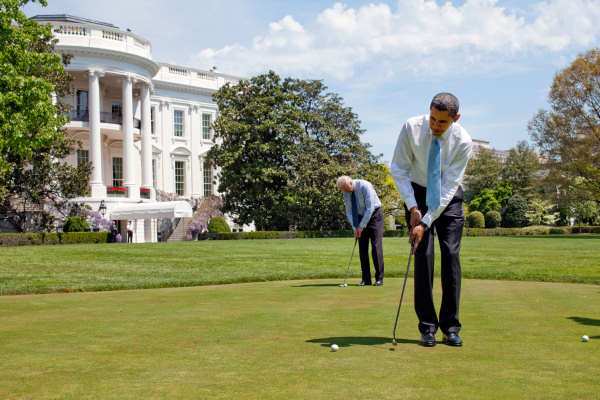 Photo of the then president and vice president in 2009 from the internet.

Flash back to September 1998 and US President Bill Clinton is on a visit to Ireland and part of that trip is a round of golf in the famous Ballybunion links.

The plan was for POTUS to stop in Listowel for a photo op. drinking the obligatory pint in John B.’s. His itinerary was known and a group of peaceful protesters gathered in the small square. US security got a bit windy for the president’s security and hastily changed the plan. Listowel was bypassed and the cavalcade instead stopped in Lisselton. It had to stop somewhere, else it would arrive ahead of schedule in Ballybunion. So Listowel’s loss was Lisselton’s gain and he was greeted enthusiastically by the lovely people of that borough.

Mike Guerin was out with his camera and here is his recording of the scene at McKenna’s Corner on that historic day.

Mike Guerin wasn’t the only cameraman present to record the day. Junior Griffin took a lovely photo of John B. at the door of the pub as he waited for the customer that never came. 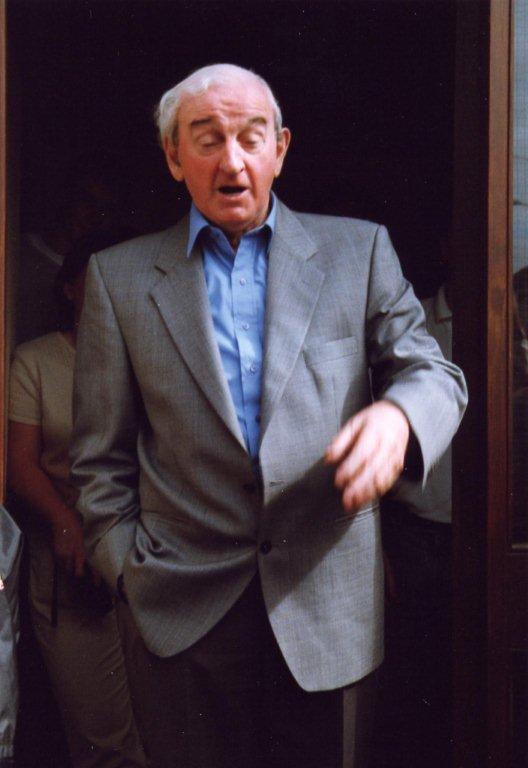 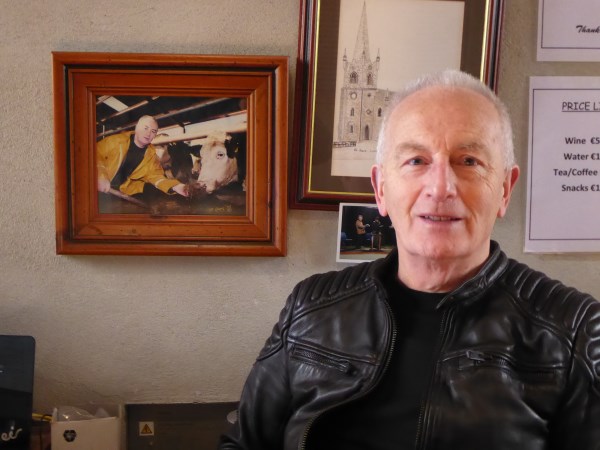 Listowel’s very own man in black, “Vicar” Joe Murphy, is in his last year at the helm in St. John’s. Anyone who knows Joe will agree with me that he is force of Nature. He has run St. John’s with charm, dedication, enthusiasm and lots and lots of hard work. The place wont be the same without him. 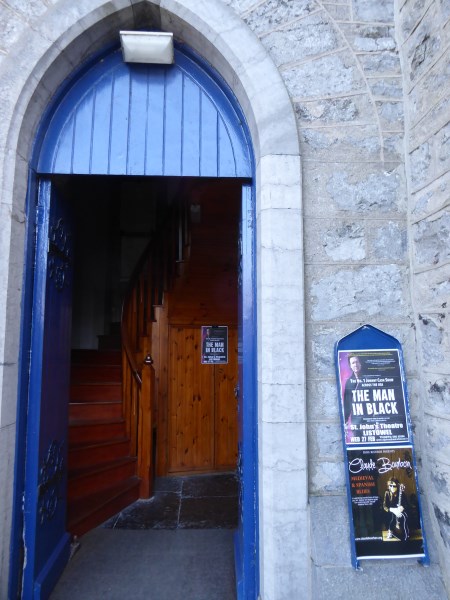 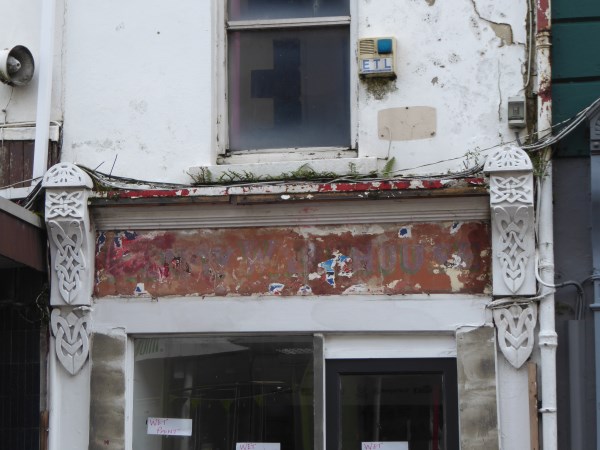 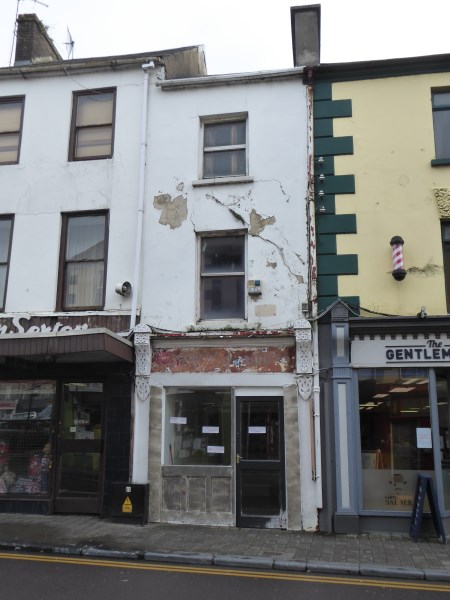 When I came to Listowel first in the mid 1970s this shop was called The Fancy Warehouse and it was run by a Miss O’Brien. It sold knitting wool, notions and other haberdashery. The name os the shop always fascinated me. Up to then I imagined a warehouse as a big store but this shop was tiny. If you look closely you can just make out the old shop name as it is stripped down for refurbishment.

Vincent Carmody in New York, Ballybunion in the 1920s and an anecdote about begging

Ballyvourney, Listowel’s One Stop Sweet Shop, roadworks at the courthouse an the 2019 Parade