I want to explain something about how my blog works.

I usually compose the bones of a post a day or two ahead of publication. I leave it in draft mode until the night before. Then I tweak it a bit, add a photo or two or sometimes something that I have found on the internet or something that has been sent to me by email. I then schedule the post to upload the next morning at 7.30 a.m. People who check into my blog anytime from 7.30 on see this latest blogpost.

Niall, the techie who set up the NKRO website added a feature to my blog. This feature is called Google feed burner. It is a facility that invites interested people to sign up with an email address in order to receive my posts by email. 120 of my”followers” have done this. These are not the 49 who appear as followers on the right hand panel. Now here’s the rub. People who receive my posts by email get them a day late,

I have learned from talking to people that many of you read the email and never visit the actual blog,

If you are one of these people, you probably then delete the email. This means that you are not alerted if I modify the content (I very rarely do unless I have made a big mistake and it is pointed out to me) or if someone posts a reply ( again this only happens rarely as most people have difficulty with the reply facility in Blogger).

All of this is by way of explaining why I am posting these next two pieces that came in as comments:

“was following the irish lacrosse team in the european championship as my sons wife brother-in-law Tim Weir is one of the coaches.They were in the top10 in the world before the final and this should push them up.I checked all week during the tournament for results but not a line in any irish paper.The team is made up of irish born and of irish decent.One name caught my eye was a ODonoghue kid from pittsburgh and Listowel conections.If i remember years ago a ODonoghue family from Tanavalla left for pittsburgh and were involved in the bar business there. ”

“really enjoyed reading about the handball alley and the wonderful people that played there.I remember playing in a tournament during my 2 yrs. at St.michaels and the one match i won was against i think Bernie Murphy or bernie Buckley.that is as far as i advanced.My story about the ball alley is at the tender age of 16 i was selected to be the goalkeeper for the listowel senior hurlers against Abbeydorney in a curtainraiser to Kerry V Roscommon at Sheehy park in 1961.Off i went to the ball alley for 2 weeks practicing hitting a ball up against the wall and catching it with the bare hand.Now trained to perfection and ready for the big day and big crowd.Well the first ball that came to me was a high ball and with my backline of Renie Farrell,lyons and Rohan keeping the forwards at back put up my hand to catch the ball as i had done hundreds of time in the ball alley in secret training I swung at the ball instead.Big Mistake.missed the ball,Goal.15 minutes and 4 more goals later got the call from the sideline from Guard Healy,Sheehy off Tony Barrett on.I remember one of the umpires saying to me after the 5th.goal i should have stopped that goal,my answer was i should have stopped all the(—-__)goals.I wonder we had 4 goals Barrett should i be called 5goals Sheehy.Just a thought.Thanks vincent Carmody for the program of that day which i will treasure. ”

Both of the comments came from Mike Sheehy in NY and formerly of Main St. Listowel. Thank you Mike. Your stories are welcome anytime. 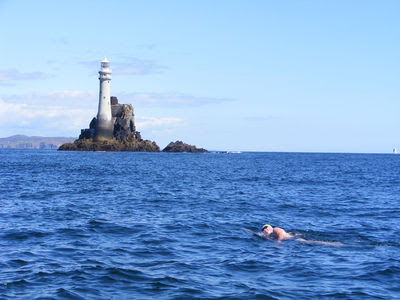 An Irish man has made history by becoming the first person in the world to complete the Oceans 7 Challenge.

The endurance swimmer  had to abandon previous attampts to take the Strait in June when he was defeated by strong currents.

It joins his other epic swims in Hawaii, New Zealand, California, the English Channel, the Strait of Gibraltar and the Irish Sea.

He’s the first person ever to complete this  grueling challenge – which is considered to be the equivalent to climbing the seven summits in open water swimming. 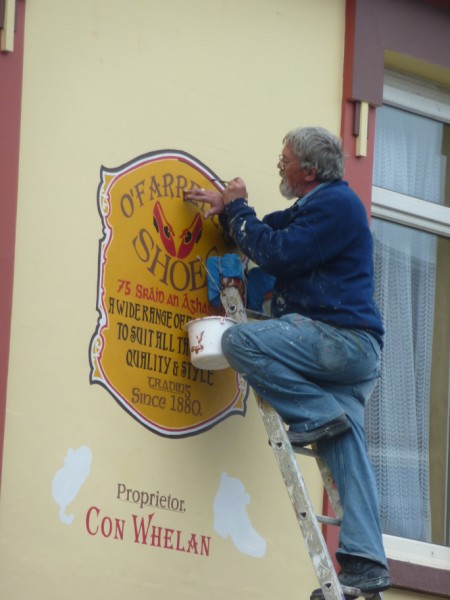 A special meeting was held on Wed. Feb. 14th
at which the chairman reported that the

sub-committee had met with M/s McMahon, O’Hanlon and
Ml Keane who had

to the land in question which was the property of
Lord Listowel.

4pm the following day. He would, however, give the
Handball Club the first choice

Mr. Paddy Fitzgibbons (senior) who advised that a
club as a body had no legal

standing and had also advised on the role of the
trustees. The five trustees appointed

At a following meeting Mr. Enright withdrew his name
from the trustees and for

personal reasons Mr. Fitzgibbons retired as chairman
and was replaced by Mr. John

President, Mr Joe James who had died during the
year.  Mr. Kenny said that Mr.

James had been a founder member of the Listowel Handball
Club and had at all times been available to give advice to committee members
and players, and had always taken a special interest in the juveniles

.  On the
proposition of the secretary it was decided to purchase a shield

for the minor championships and call it after Mr.
James.

also had died during the year.

still
generated in these. At a meeting held on Sat. Nov. 16th1963 the
draws were

The Senior singles tournament was played on a
handicap basis for 40 aces. Draw;

Unfortunately, the results of the tournaments have
not been recorded.