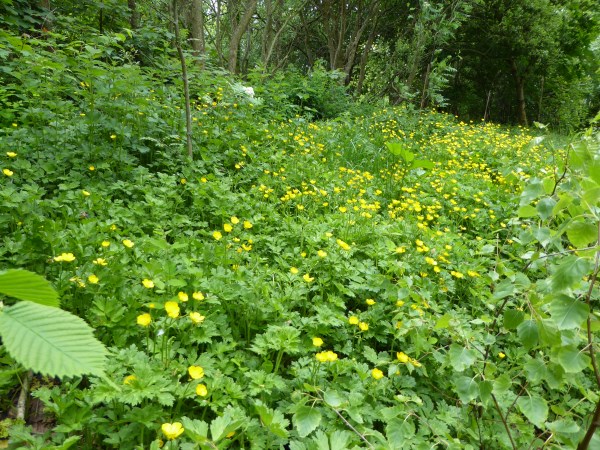 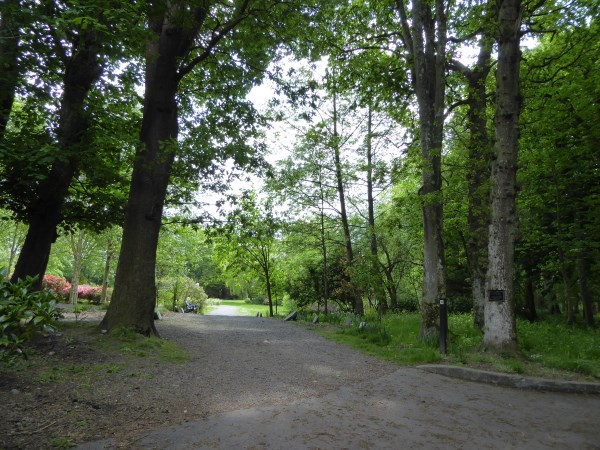 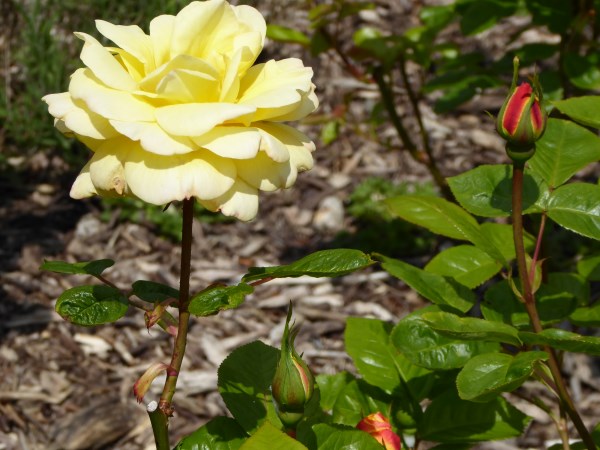 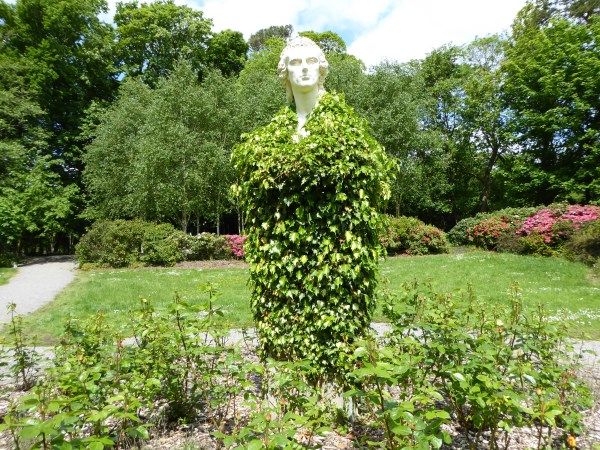 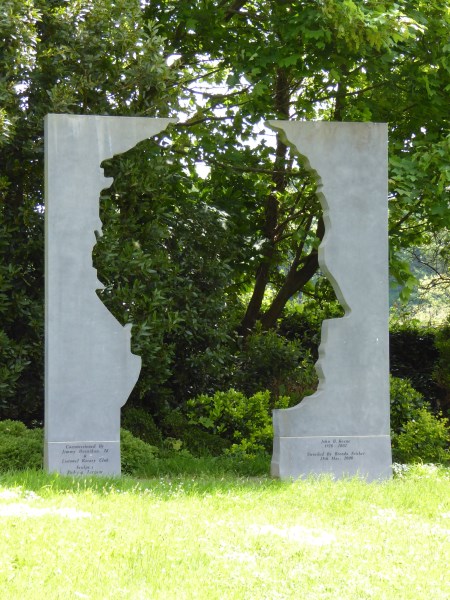 The Blue Box Appeal is a fundraising initiative undertaken by Bank of Ireland in conjunction with The Society of Saint Vincent de Paul. On Monday last, May 23 2016 the appeal came to town. The idea is that a team of cyclists take the blue box from town to town. The cyclists are volunteers. In each town as the box lingers a while a big fundraising effort is put in. In Listowel the cyclists were met by the Convent School Band. When they reached the Square, Jimmy Hannon and his band had another show in full swing. There was a barbecue, Woody and Mickey and Minnie were in attendance and all the schools brought their pupils to enjoy a great morning. Meanwhile around the town, St. Vincent de Paul volunteers were holding a flag day. 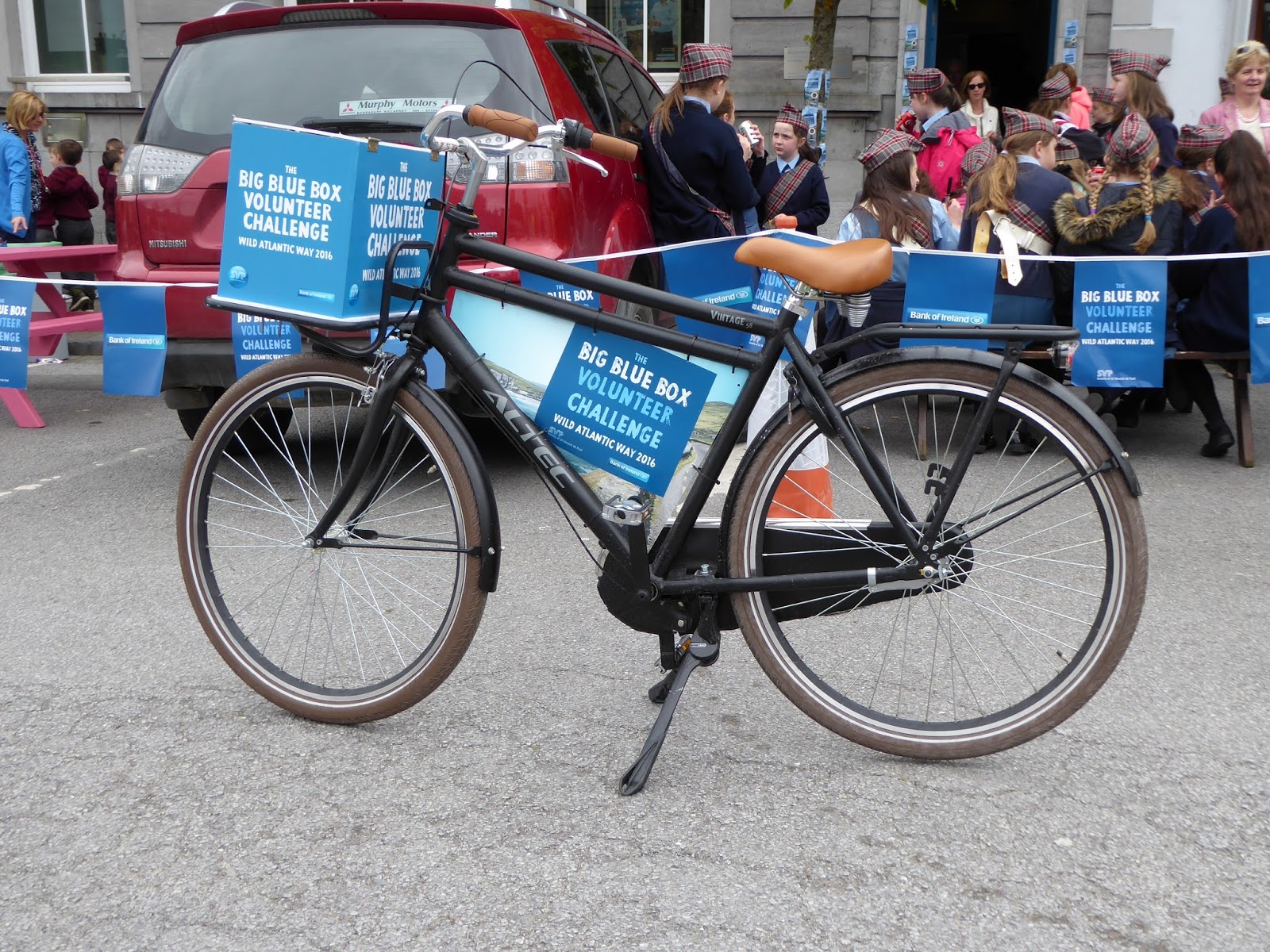 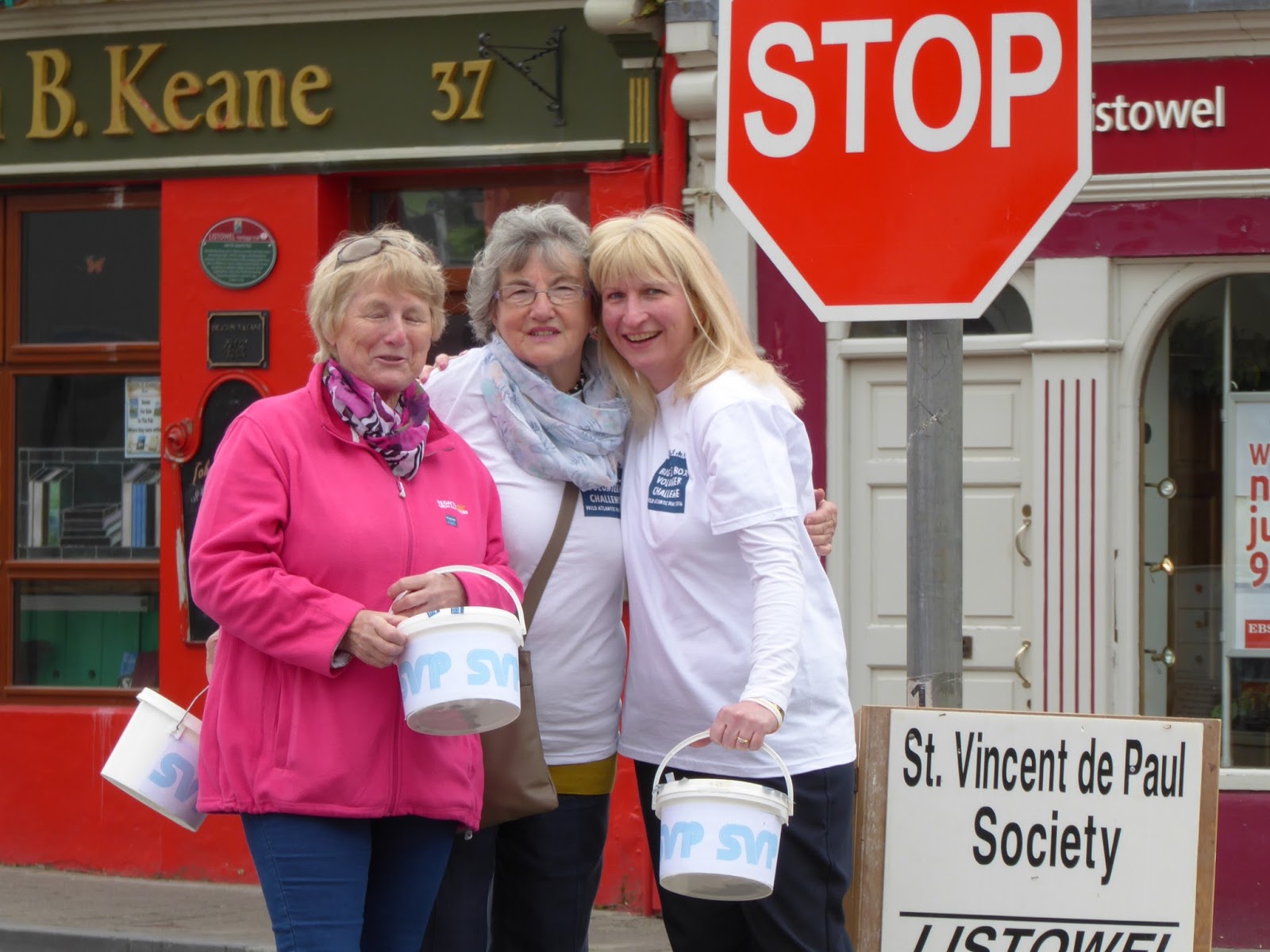 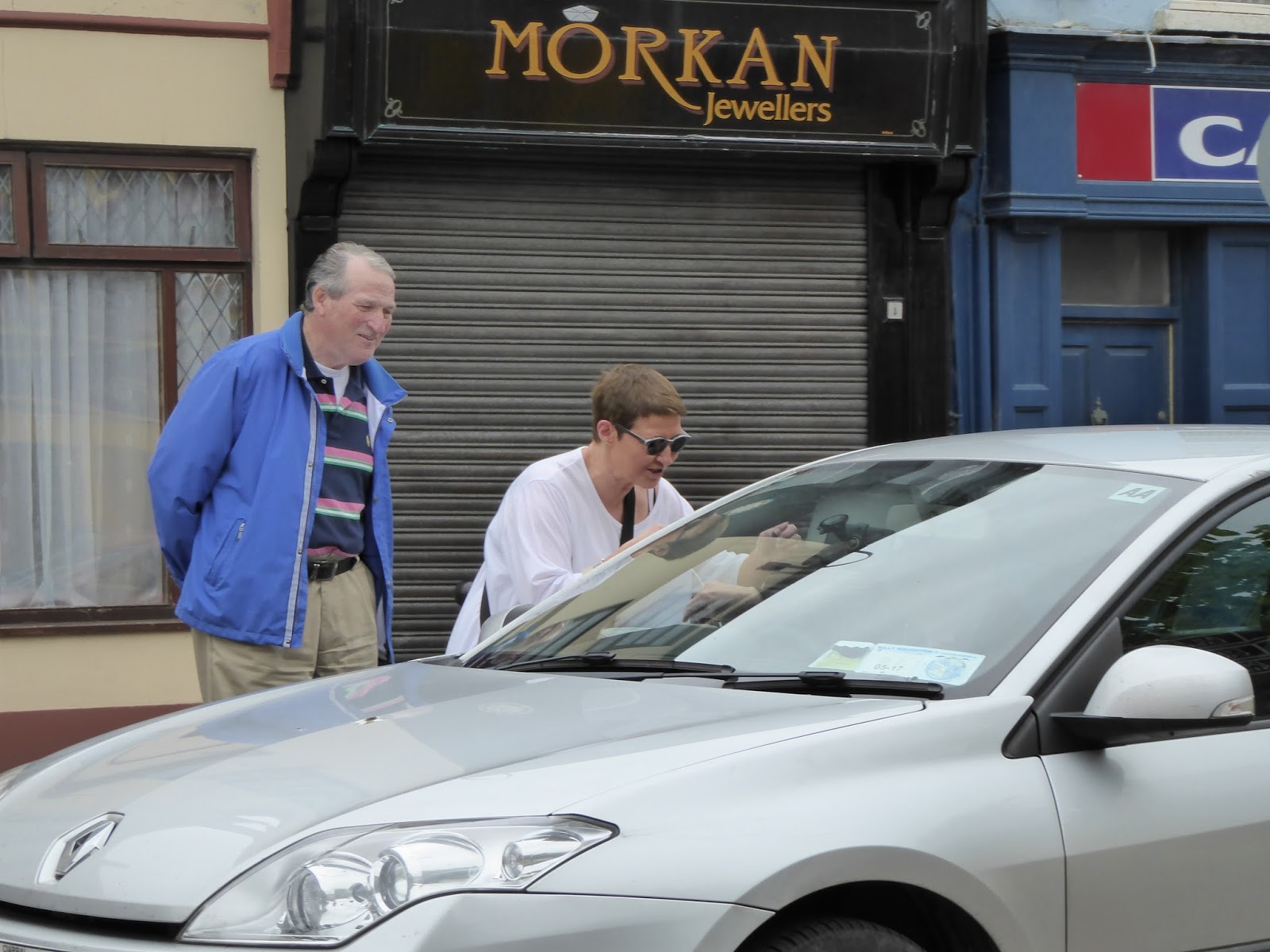 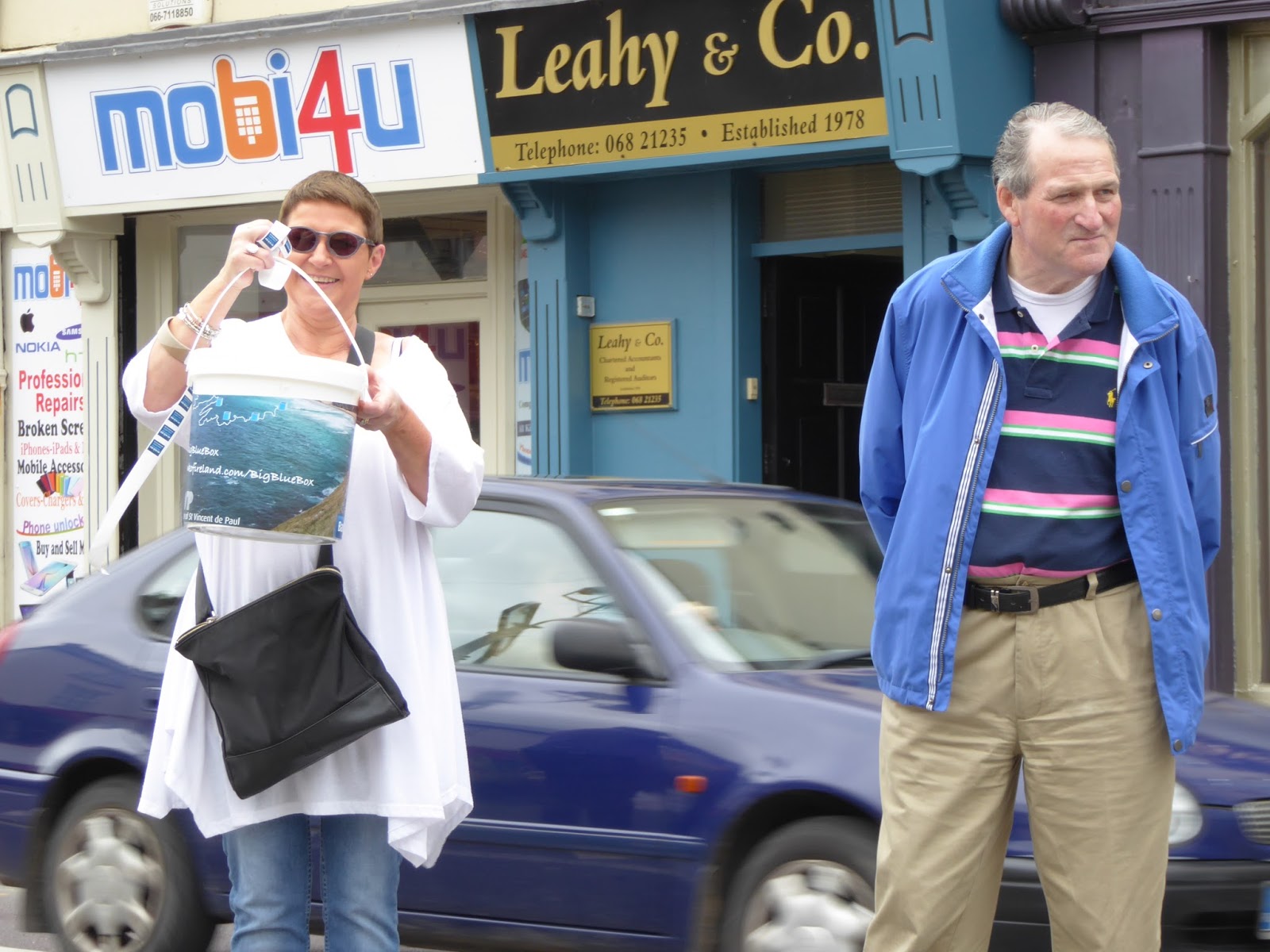 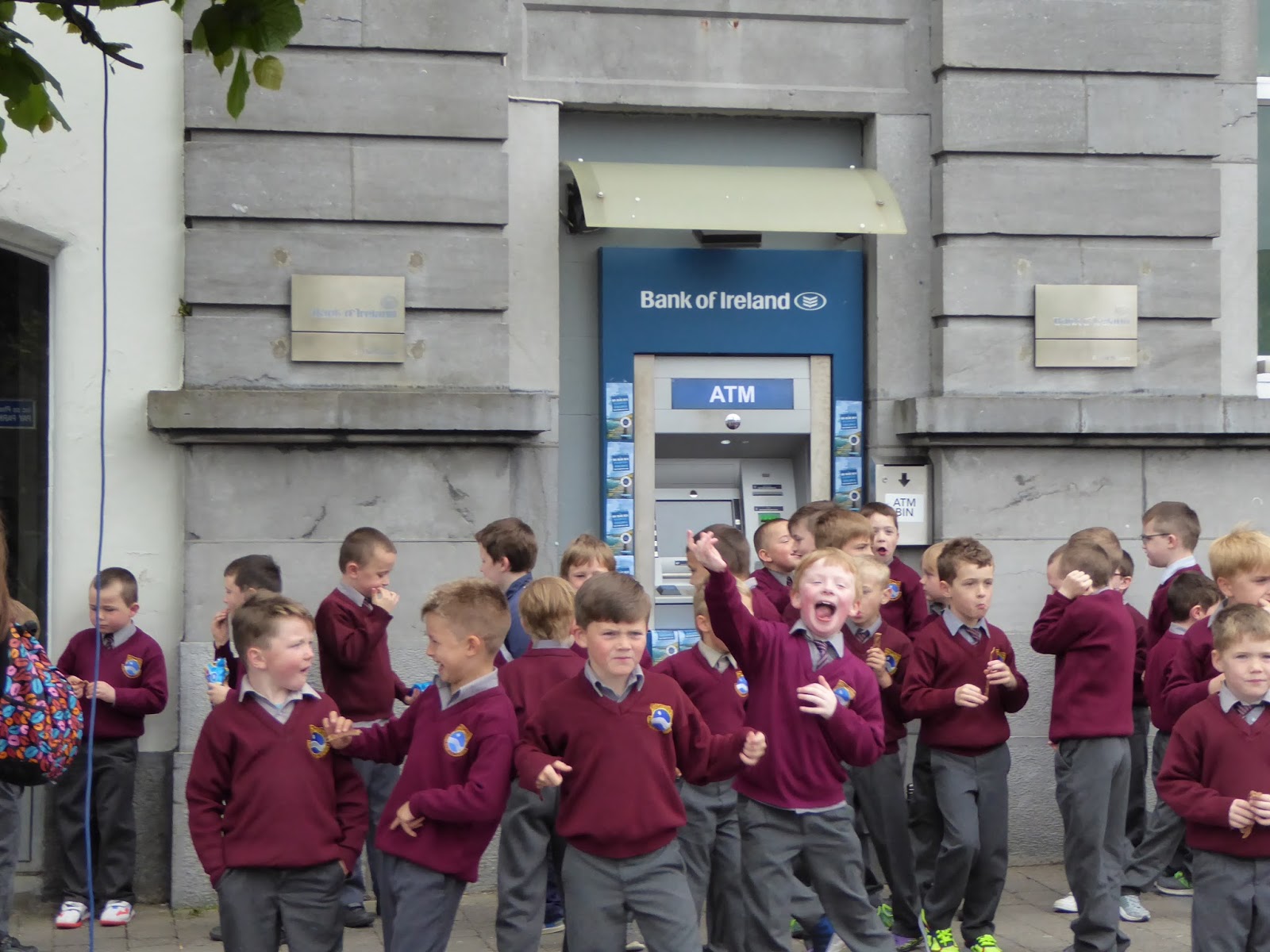 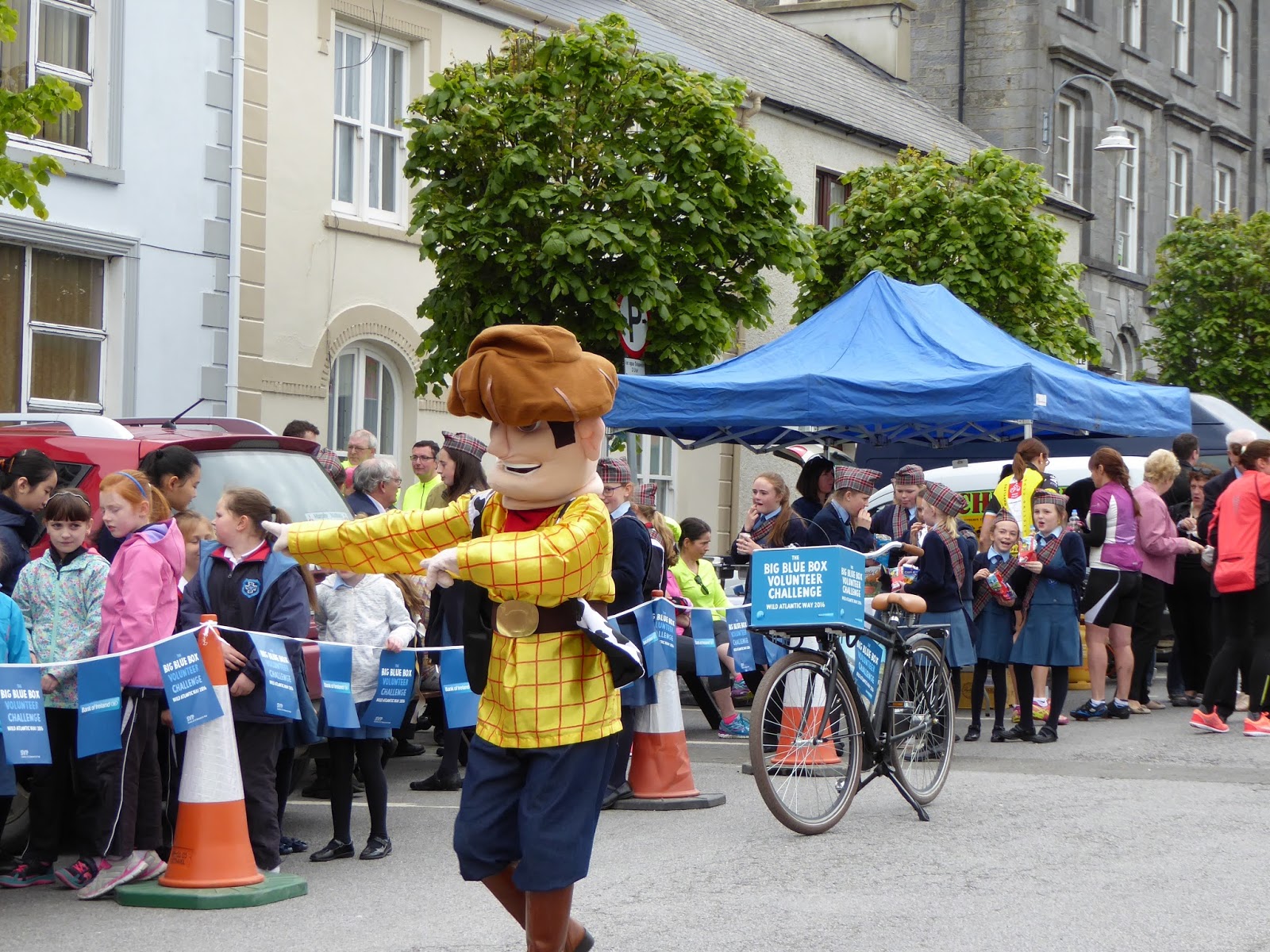 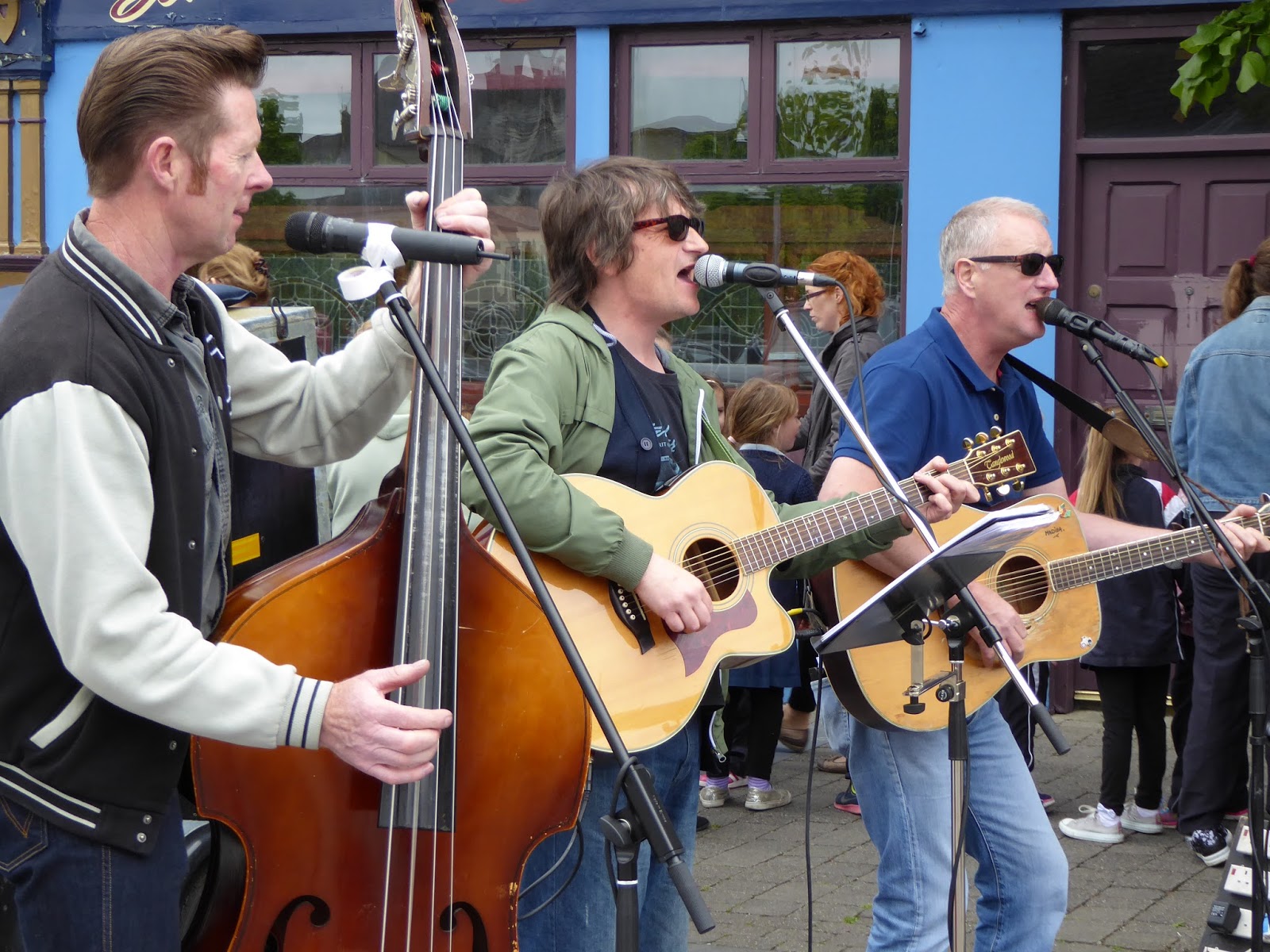 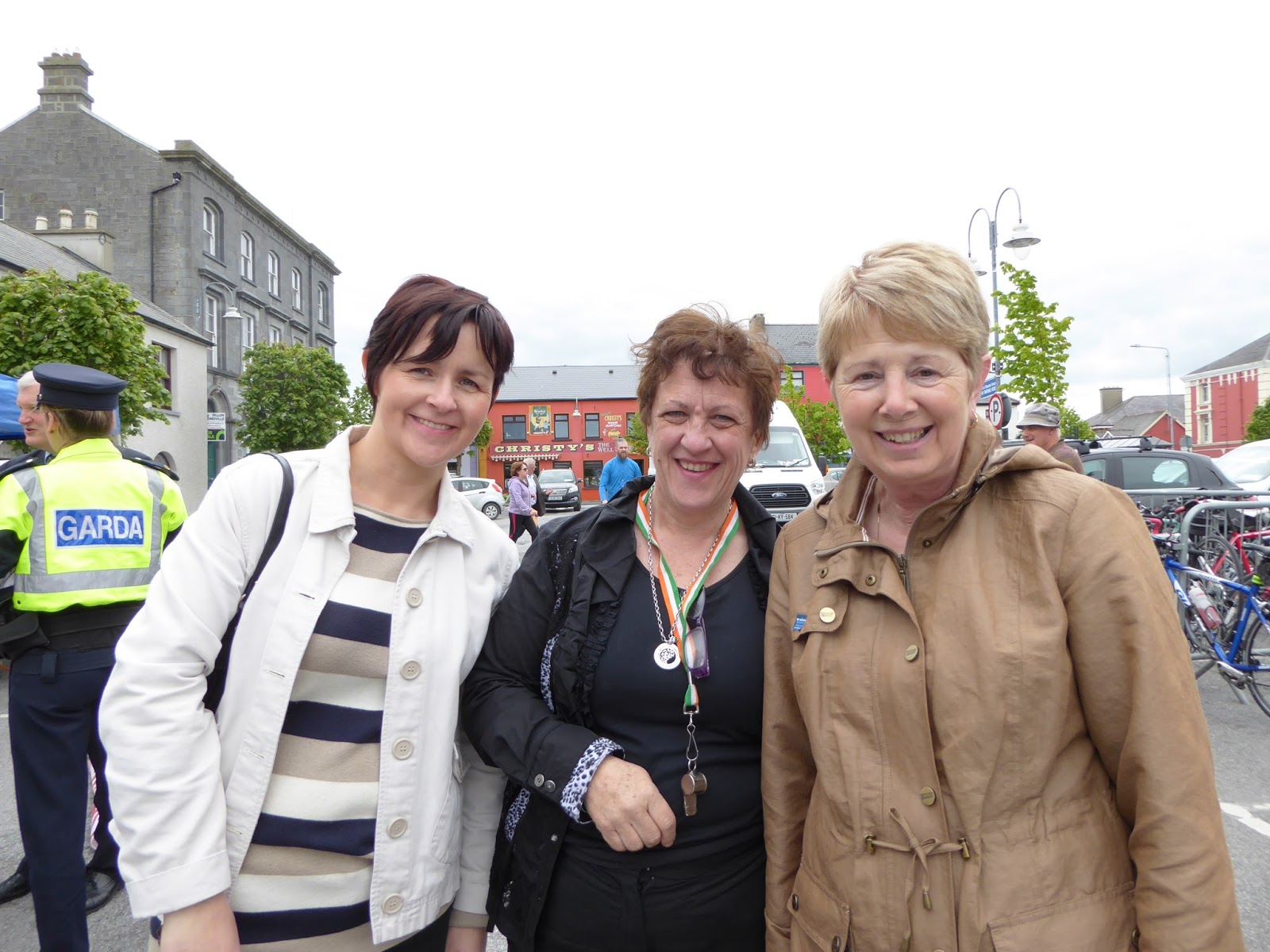 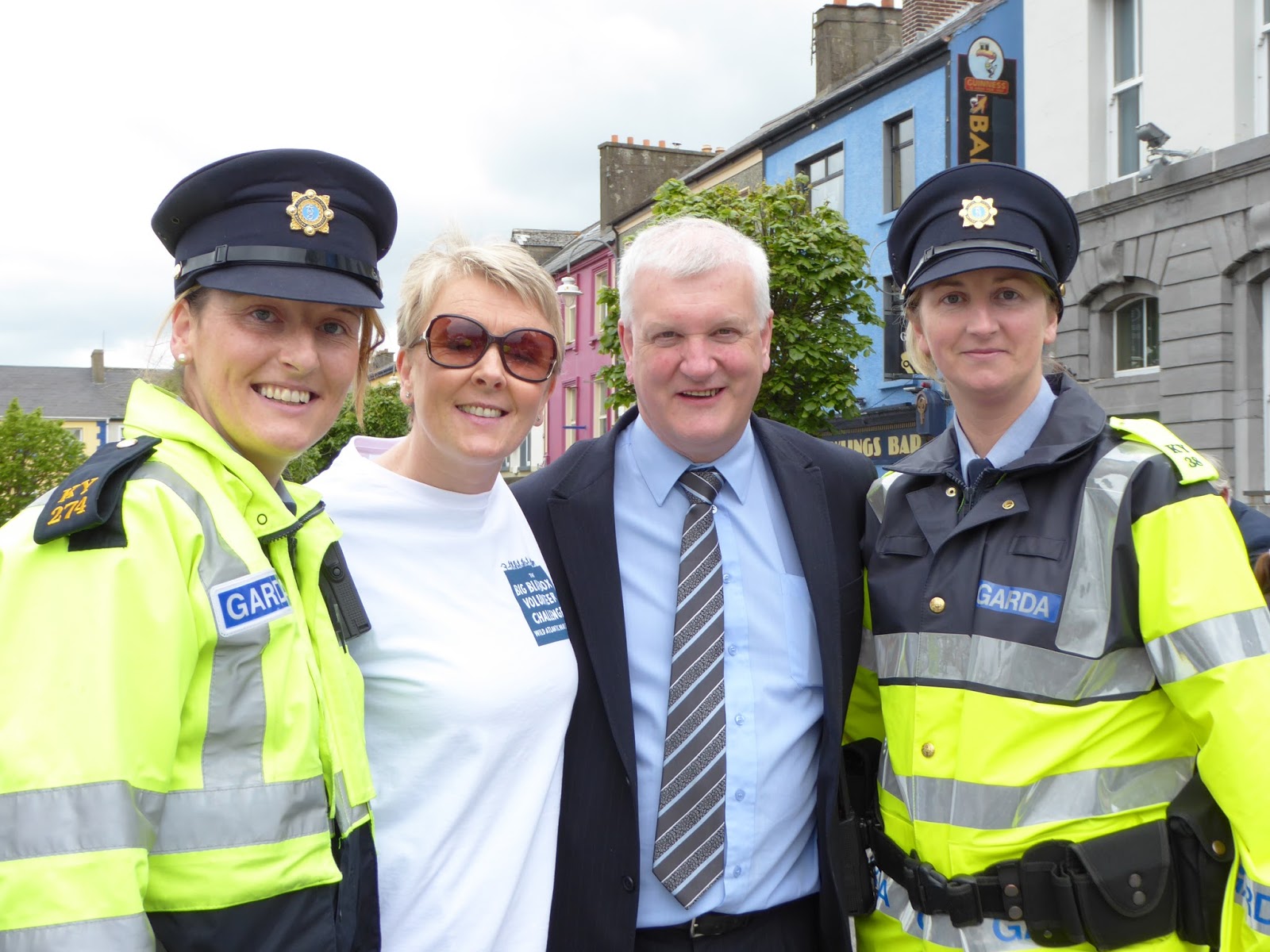 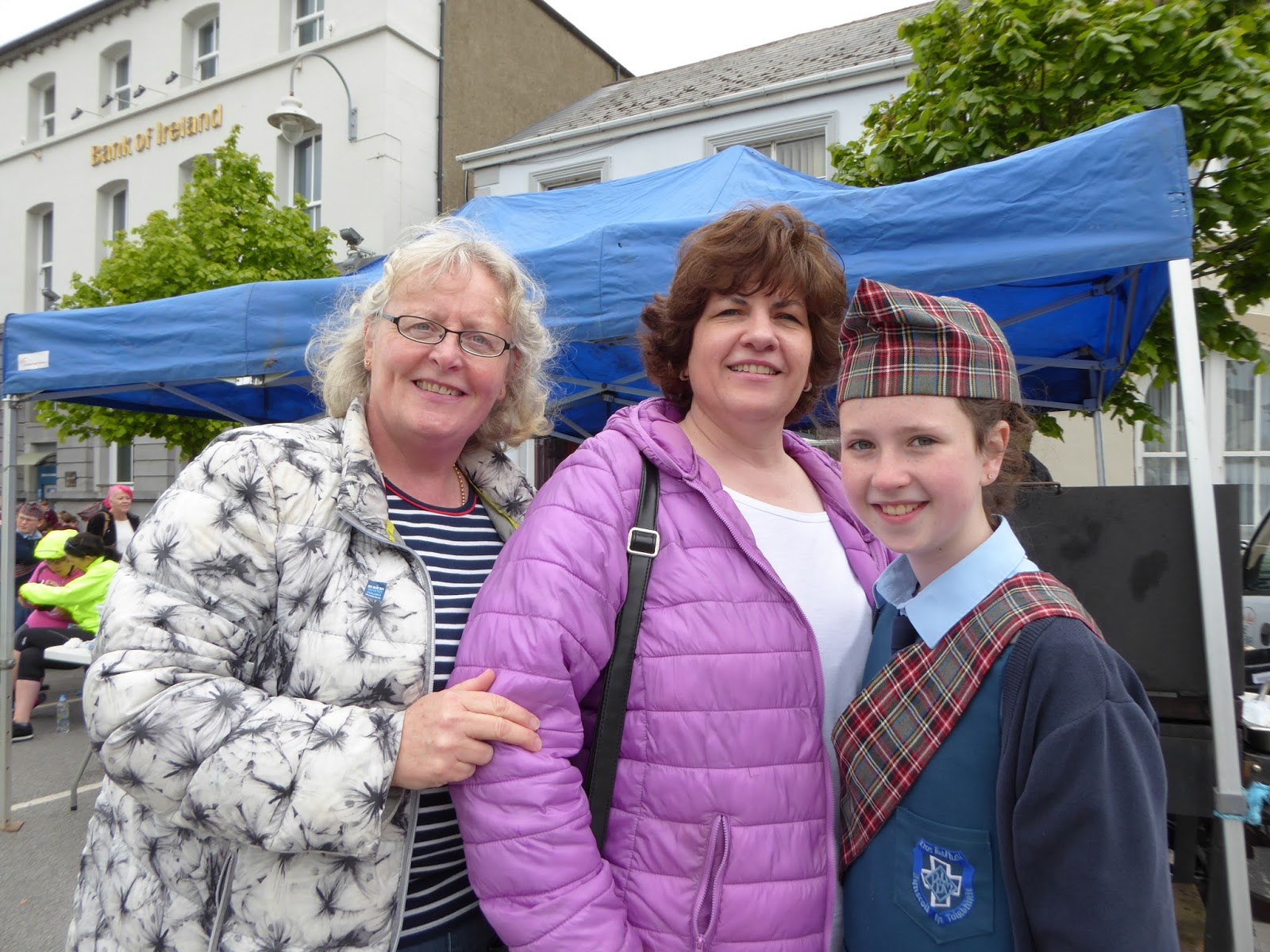 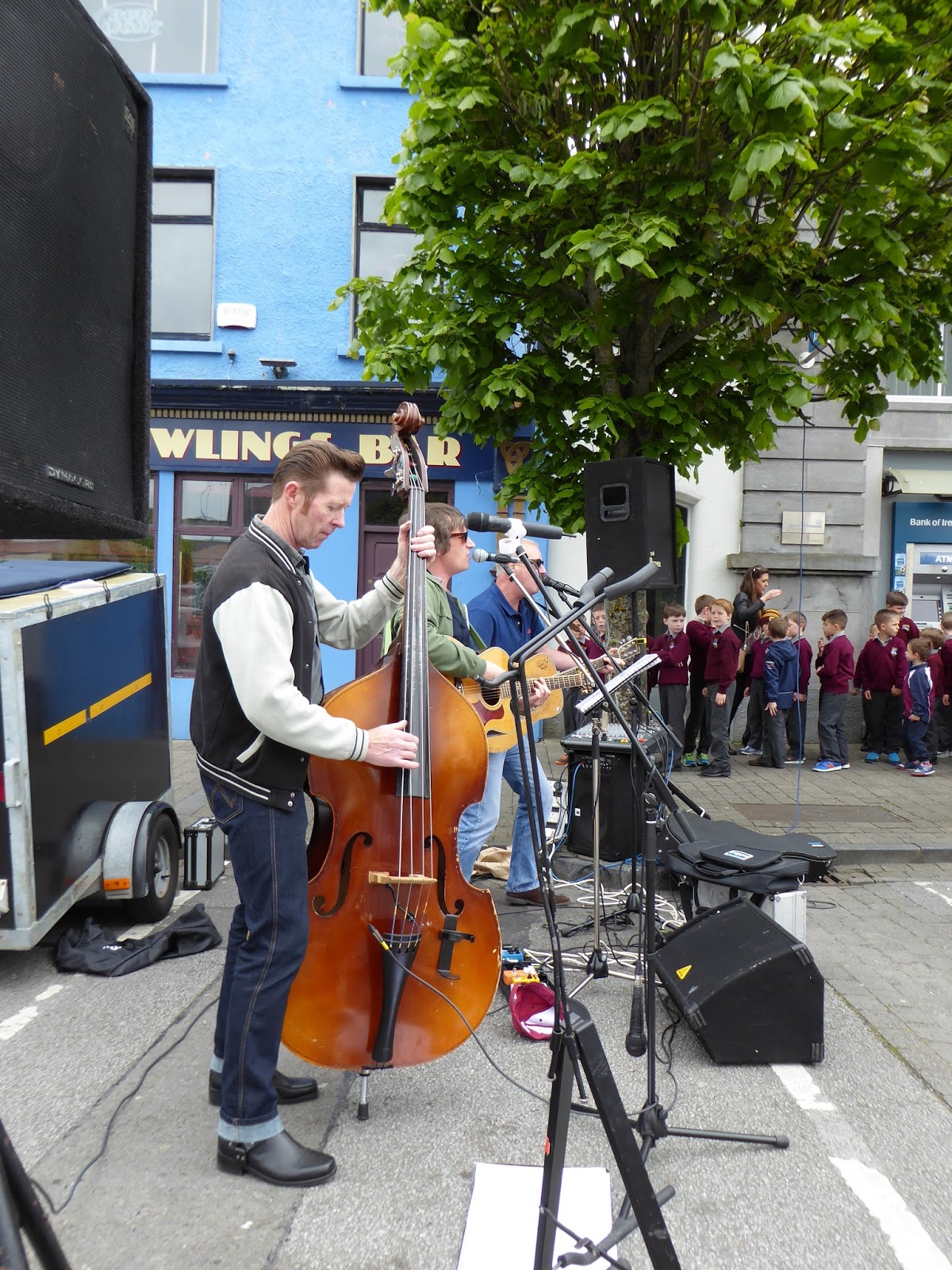 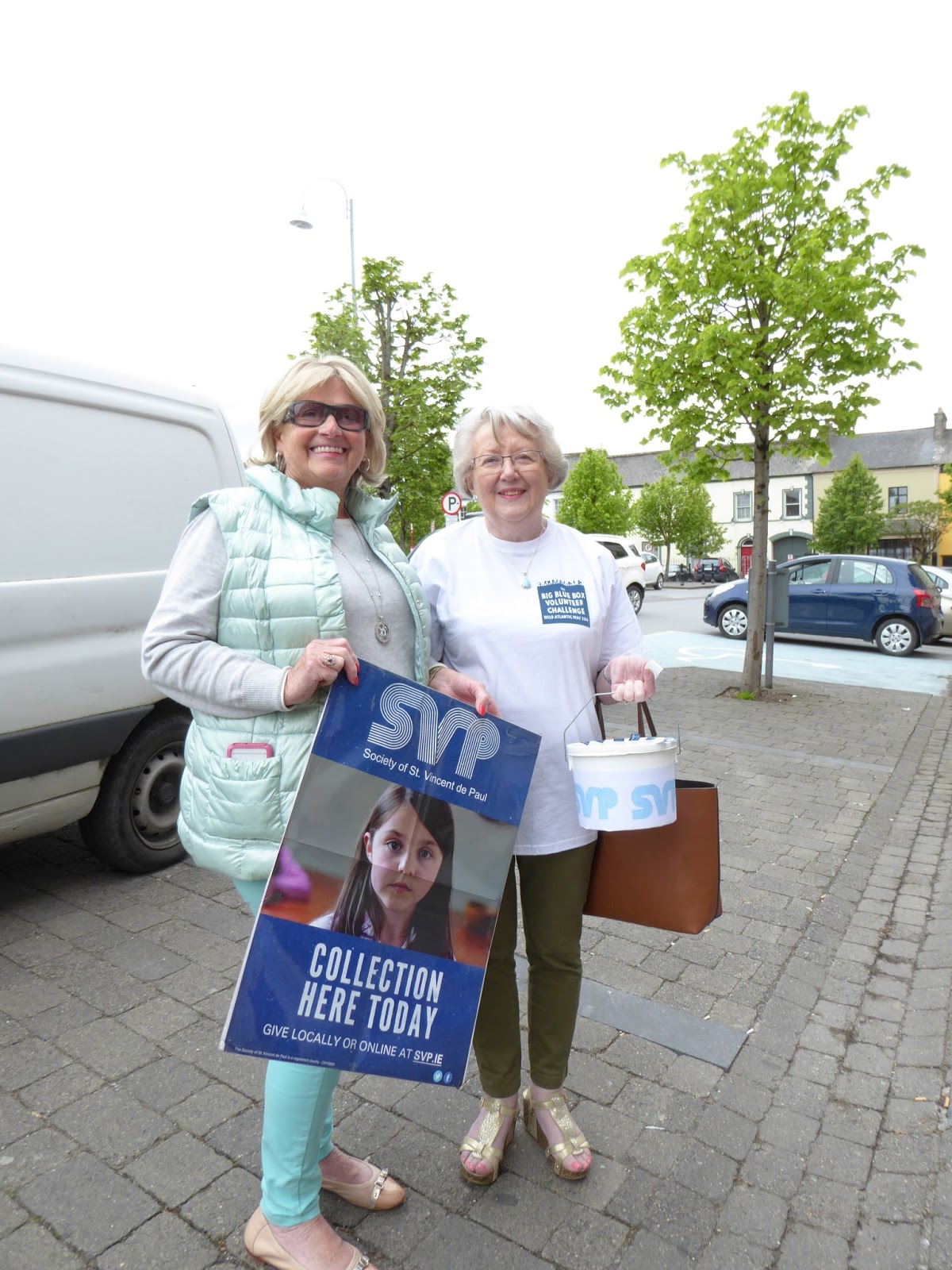 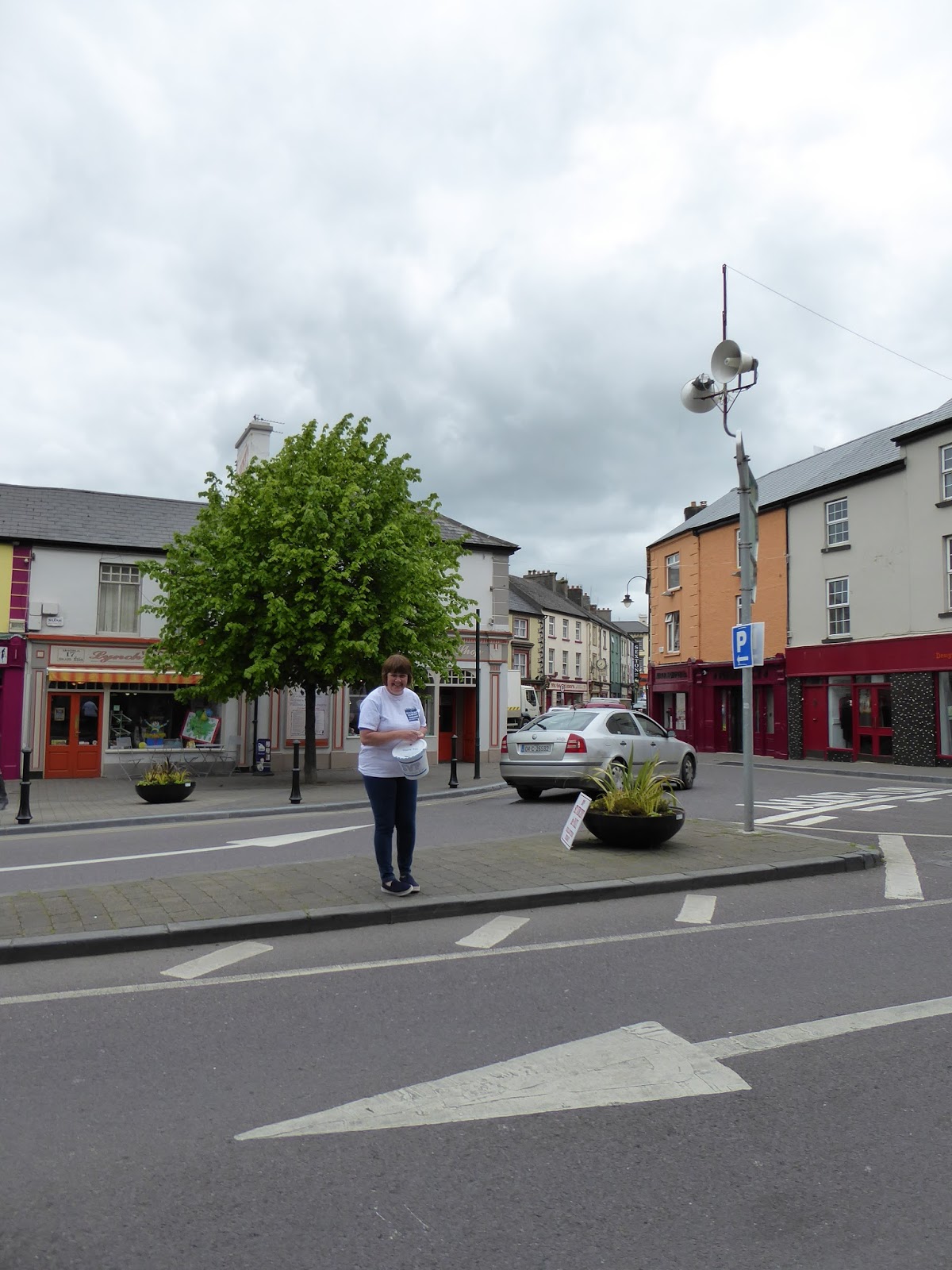 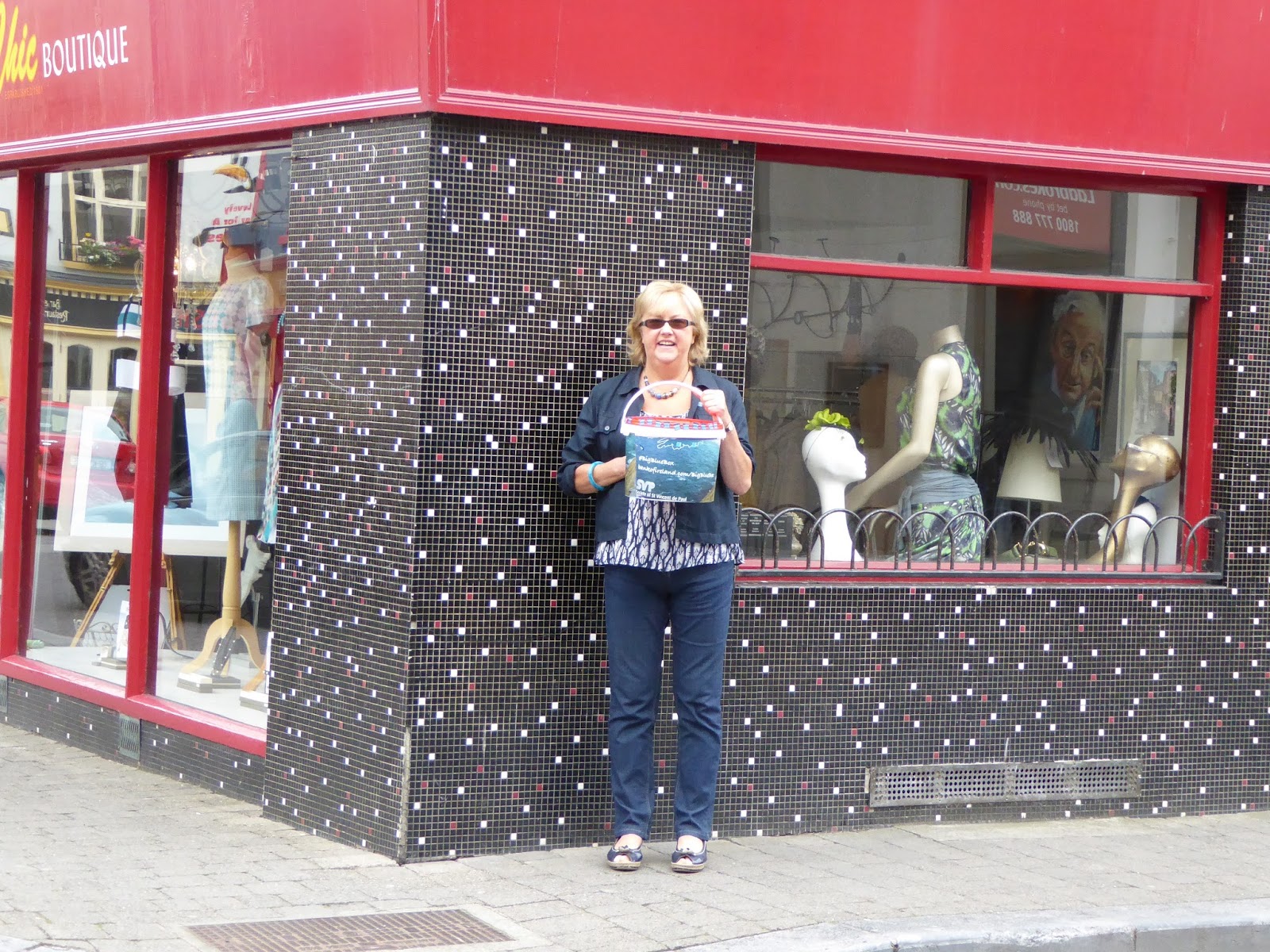 Play the Cards  You are Dealt 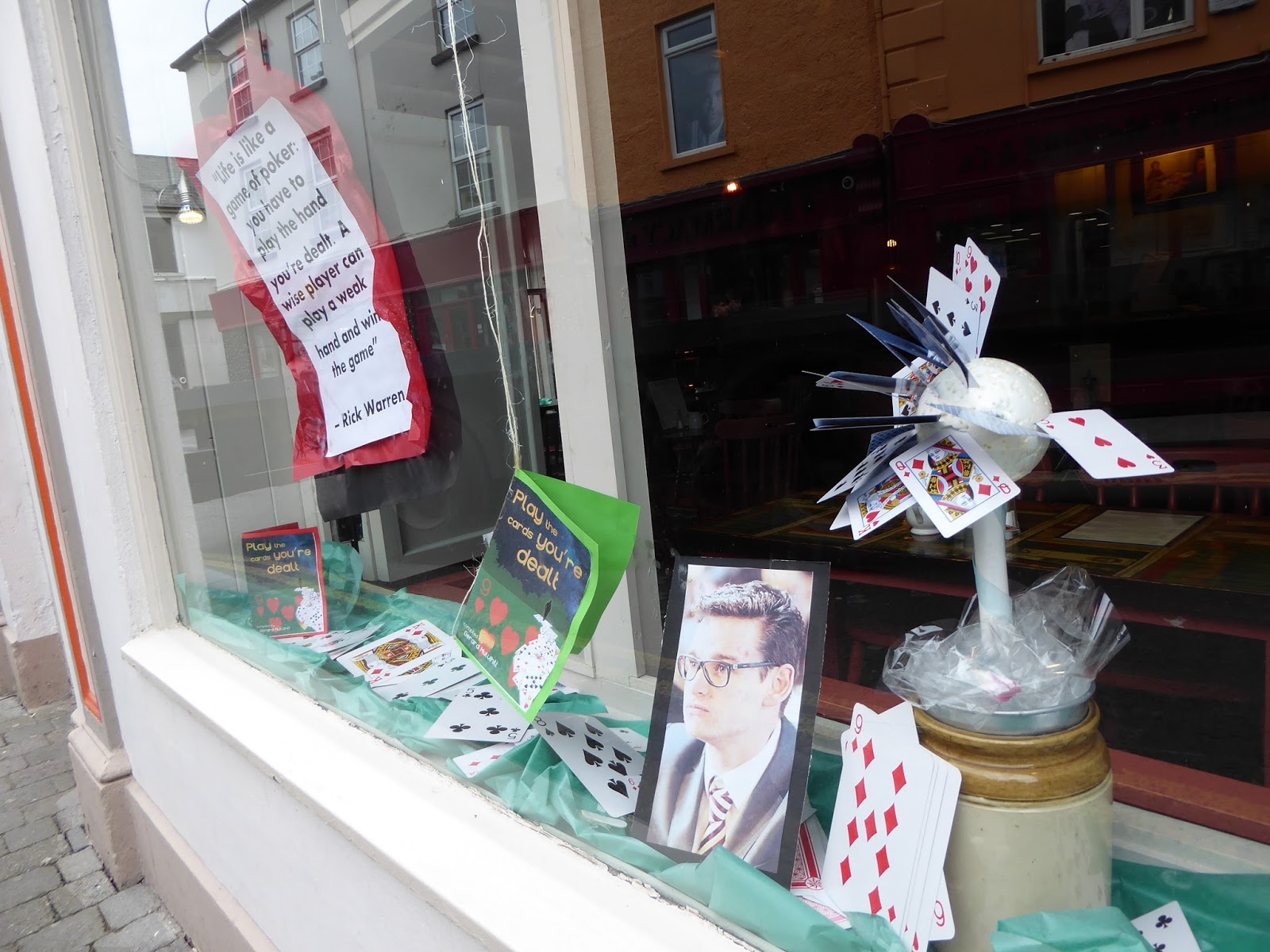 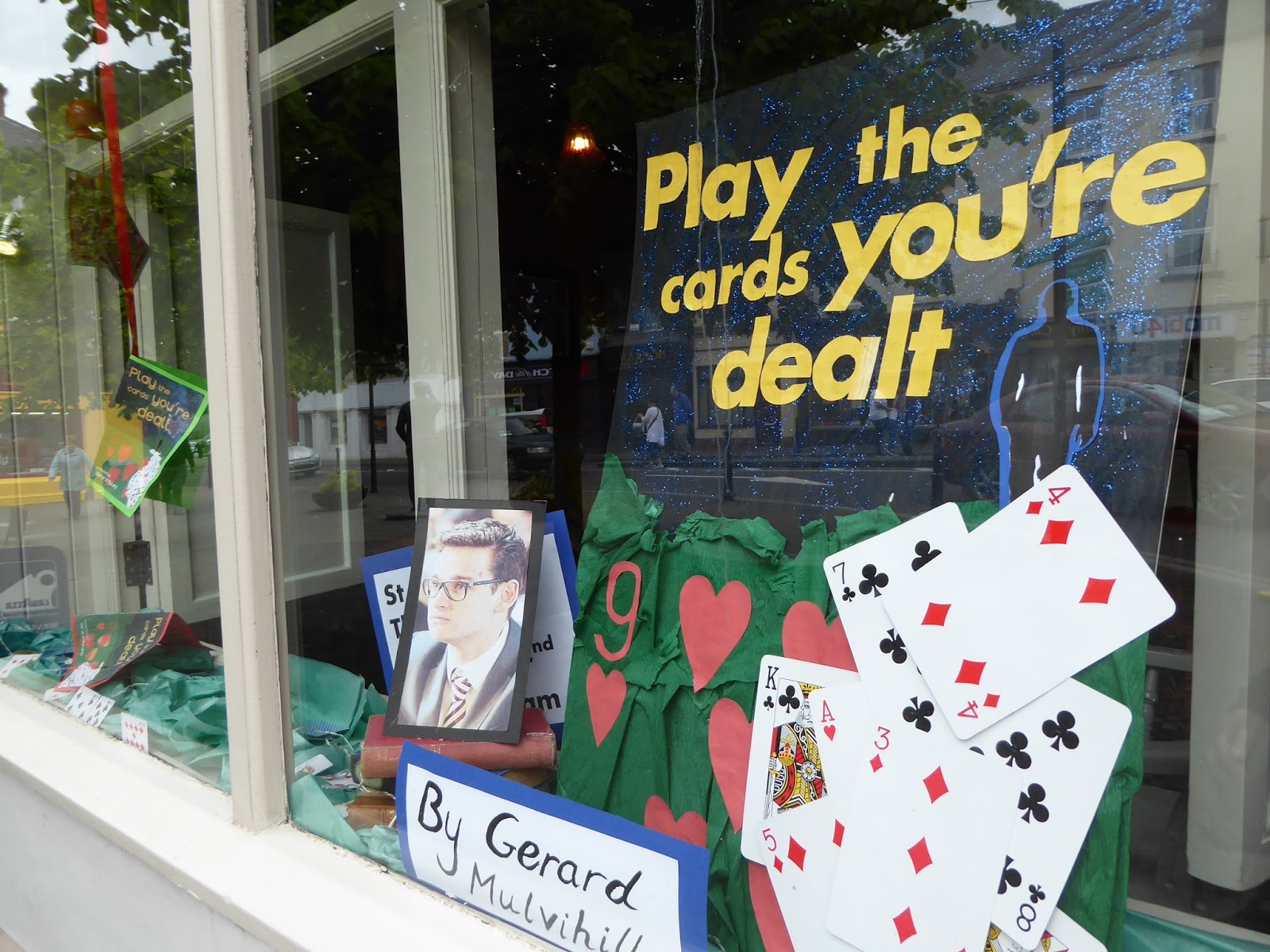 This book by local author, Gerard Mulvihill will be launched at Writers Week 2016 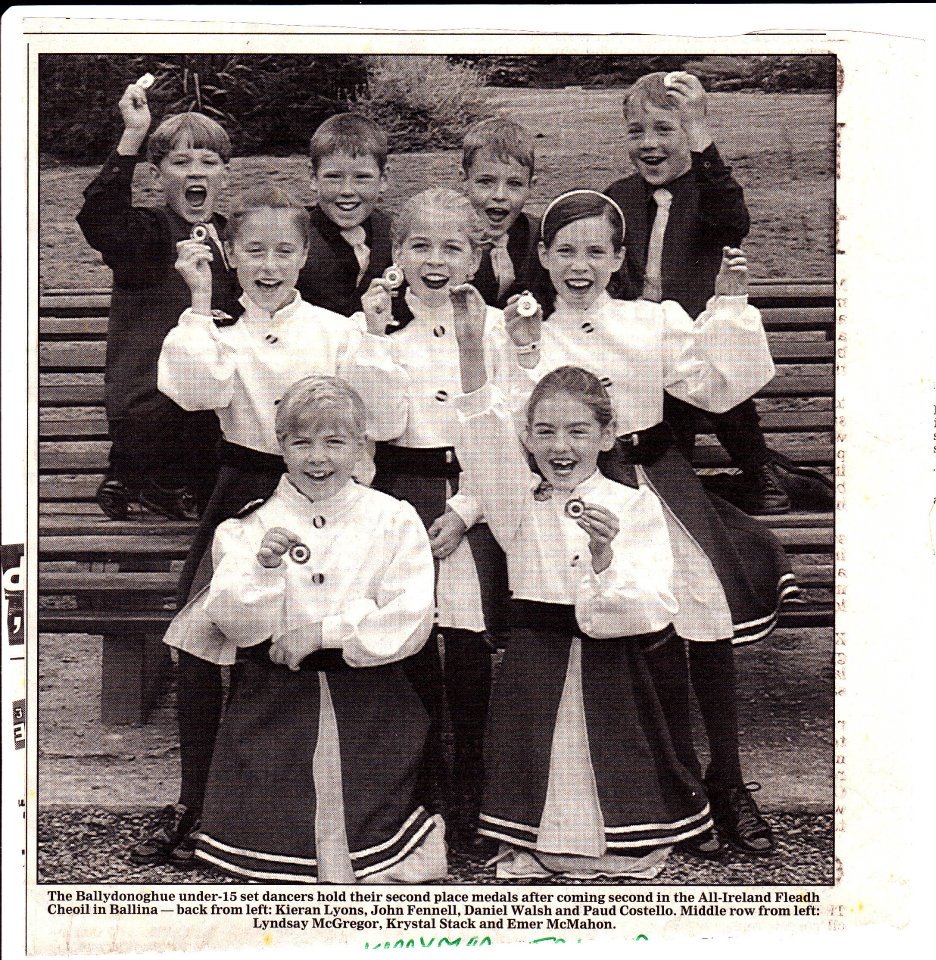 Hard to believe its 19 years ago. This photo was originally shared on Facebook by Elizabeth Brosnan.

The Fitzmaurice land Murder: The Parnell Commission on Crime

A friend of Listowel connection  who has read a lot about this incident  writes;

” I have read a lot on the Kerry ‘outrages’ and am quite taken aback at the cruelty,  viciousness and  brutality that seemed ‘normal’ among the moonlighters when ‘dealing’ with ordinary people of their own sort and station in life.  I hasten to say that this did not solely apply to Kerry-  the same can be said about  all other counties where unrestrained violence became the ‘local law.’

The fear of the workhouse – and the moonlighter- made people callous and craven; but it would be almost  impossible to  blame them in the cirsumstances.

It is very easy to raise the devil- it is another thing entirely to put him back where he came from!”

The above message was accompanied by this  extract from an account of the Parnell Commission’s Enquiry into the Fitzmaurice murder. Nora Fitzmaurice, the victim’s daughter was with him when he was shot. She gave sworn evidence to the enquiry. 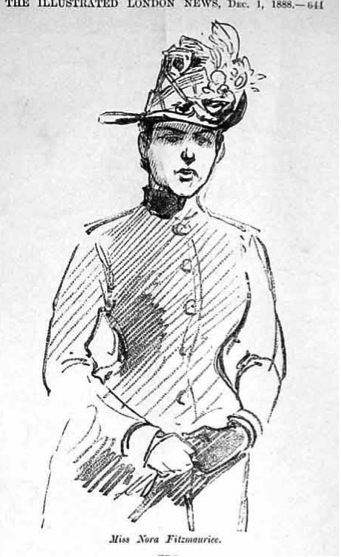 He would now call attention to the case of James Fitzmaurice, 60 years of age,
whose murder was one of the most brutal character. He was killed on the 31st of
January, 1880; but for two or two and a half years his life had been made a
misery to him. His murder was directly traceable to the Lixnaw Branch of the
Land League. It might be said that the Land League was suppressed three weeks
before his murder, and, therefore, the organisation could have had nothing to do
with it; but he should be able to show that it had. In 1887 Fitzmaurice helped
Mr. Hussey, a landlord’s agent, over a ditch. That was his offence, and the
local branch of the Land League then issued the following resolution, which was
given in the Kerry Weekly Reporter: – “That as James Fitzmaurice has acted
the part of special constable to S.N. Hussey on the 14th inst., we consider his
neighbours should hold no further intercourse with him.”

That was in June, 1887. On the 31st of January, 1880, Fitzmaurice was shot
while driving with his daughter in the morning. There were several persons who
then passed them on the road, but they dared not go to the assistance of the
dying man and his daughter. The men charged with that murder were defended by
the National League funds. He (the learned counsel) supposed it was to see that
they got a fair trial.

THE DISPUTE WITH THE BROTHERS FITZMAURICE.

Norah Fitzmaurice was the next witness. She is a tall good looking young woman,
and gave her evidence very clearly. She stated that her father, Jas.
Fitzmaurice, lived in the parish of Lixnaw, in the county Kerry, with her uncle
Edmond, the two holding a farm of sixty-six acres. Both were ultimately evicted
for non-payment of rent, and were put back as caretakers. Prior to the
eviction, a dispute had arisen between her father and uncle, as the latter was
not willing to pay his portion of the rent, and it was in consequence of this
that the eviction took place. In March, 1887, her father was made tenant of the
entire farm, and her uncle left and went to live at the next farm.

A VISIT FROM THE SECRETARY’S SERVANT.

Shortly after that the servant of the secretary of the local branch of the
National League, Thomas Doolan, brought a letter to her father, which asked him
to attend a meeting of the National League on the succeeding Sunday. This,
however, he did not do, and subsequently she saw notices in the Kerry Sentinel
and the Kerry Weekly Reporter with reference to her father.

Here a discussion arose as to the admissibility of notices in the latter paper,
inasmuch as no one connected with that paper was mentioned in the charges and
allegations.

Sir C. Russell observed that it seemed to him the actual object of the inquiry,
viz., the inquiring into charges and allegations, had been lost sight of. He
submitted that it was not admissible, on the ground that the paper was not
connected with specifically mentioned persons.

The President decided that the evidence was not admissible.

Miss Fitzmaurice’s evidence was, consequently, proceeded with on other lines.
She said that shortly after her father took the farm on his own hands, Doolan,
with other men, visited the farm, and walked around the house, staying there
about two hours.

Mr. Atkinson here read from the Kerry Sentinel a report of a National League
meeting, at which Mr. Fitzmaurice was condemned for taking his brother’s farm.

Continuing her evidence, Miss Fitzmaurice said that in January, 1888, she left
her house at about four o’clock with her father for Listowel Fair. They were
accompanied some distance by a police escort. Shortly after the escort left
them a man passed them and returned with another man. They then fired at her
father, and he was killed. Two men named Hayes and Moriarty were hanged for the
murder.

THE ACTION OF THE NEIGHBOURS.

After her father had been shot, several neighbours passed in their carts. One
stopped and said, “He’s
not dead yet,” and passed on; while others refused to assist her at
all.

BOYCOTTED IN THE CHAPEL.

After the conviction of the two men Hayes and Moriarty the people refused to
speak to her. When she attended the parish church the people got up and left
the building, the man Thomas Doolan leading the way; and those who did worship
in the same church would not kneel where she knelt. Norah Fitzmaurice went on
to say that she was still living in her father’s house, with her sister and
mother, and they were still under police protection.

HER FATHER AND HER UNCLE.

In course of cross-examination by Sir Charles Russell, Norah Fitzmaurice
declared that there was a dispute about the bog-land near her father’s farm,
but she could not say it was because the landlord, Mr. Hussey, was trying to
close a road that the public had used for a long time. When her uncle was
evicted, he went to live with a Mr. Costelloe, also a tenant under Mr. Hussey,
who, she heard, was very much annoyed in consequence. She admitted that there
was “very bad blood” between her father and uncle.

Is it not a fact that Hayes, one of the men convicted of your father’s murder,
tried to break up the League at Tralee? – No, sir.

Did you know that either one of the two was a member of the League? – No. She
added that Thomas Quilter, who had been brought over to London as a witness,
and died here, was her cousin, and was the assistant secretary of the local
branch of the League.

DENUNCIATION OF THE CRIME.

Miss Fitzmaurice left the box, and Michael Harris entered. His evidence was
directed to representing the hostility of the people towards the Fitzmaurices
after the murder. “Referring to the fact that Doolan left the chapel when
Miss Fitzmaurice entered, he said he believed that was simply because Miss
Fitzmaurice was there. Doolan was afterwards sent to jail for intimidating Miss
Fitzmaurice.

The Court here adjourned for luncheon.

“KERRY SENTINEL” AND THE INTIMIDATION.

On resuming, after luncheon, Sir Henry James put in a copy of the Kerry
Sentinel, containing a report of the proceedings of the trial of Doolan for the
intimidation of Norah Fitzmaurice. He said his object was to show that there
was no condemnation of the outrage and boycotting.

Head-constable Irwin was then re-called. He said that on the 18th of August,
1880, Quilter made a statement to him. Witness then read a portion of the
statement from his note-book.

He was interrupted by Sir Charles Russell, who, addressing the Court, contended
that the statement was not evidence, as it had not been made by Quilter as an
official of the League.

The President upheld that view.”