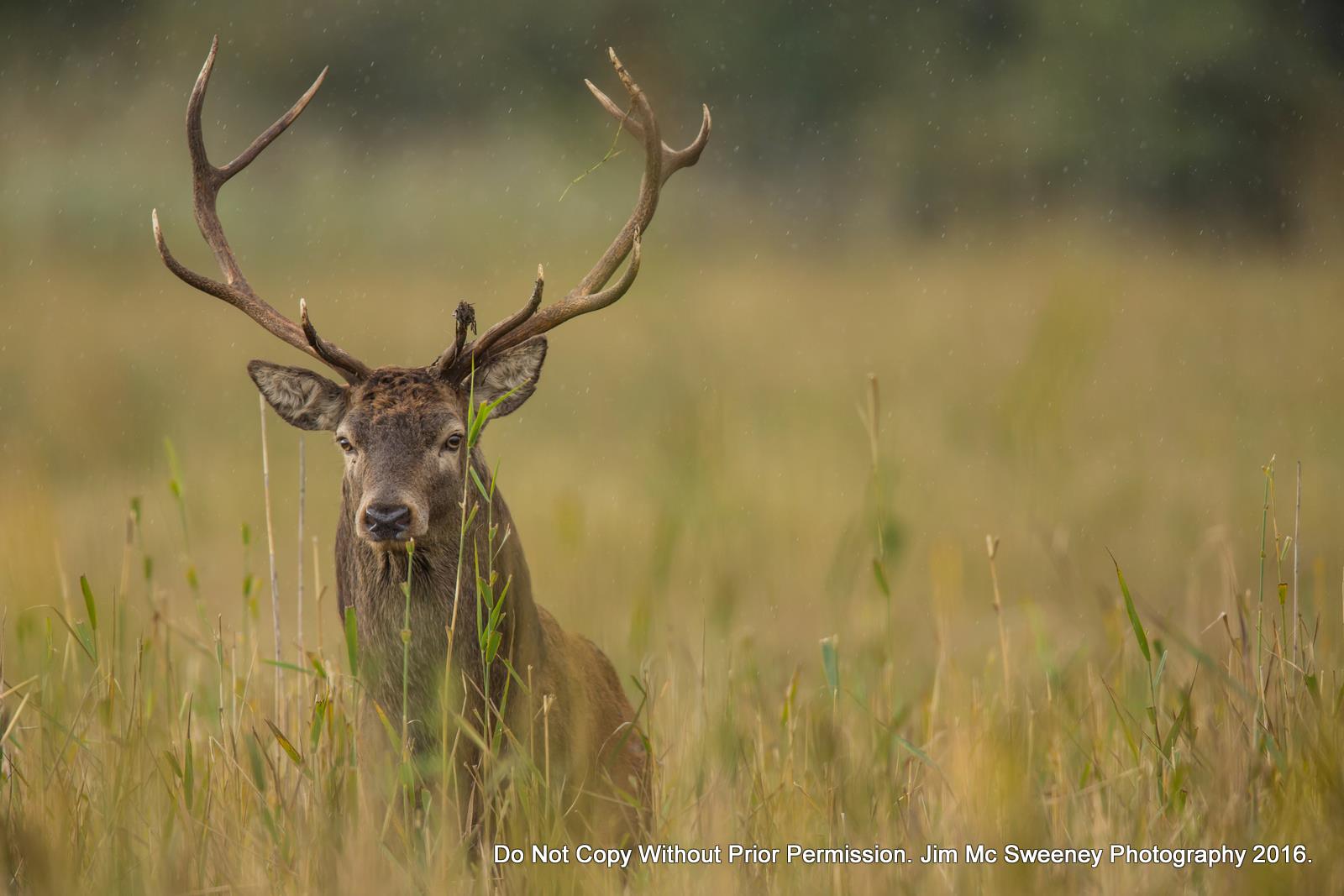 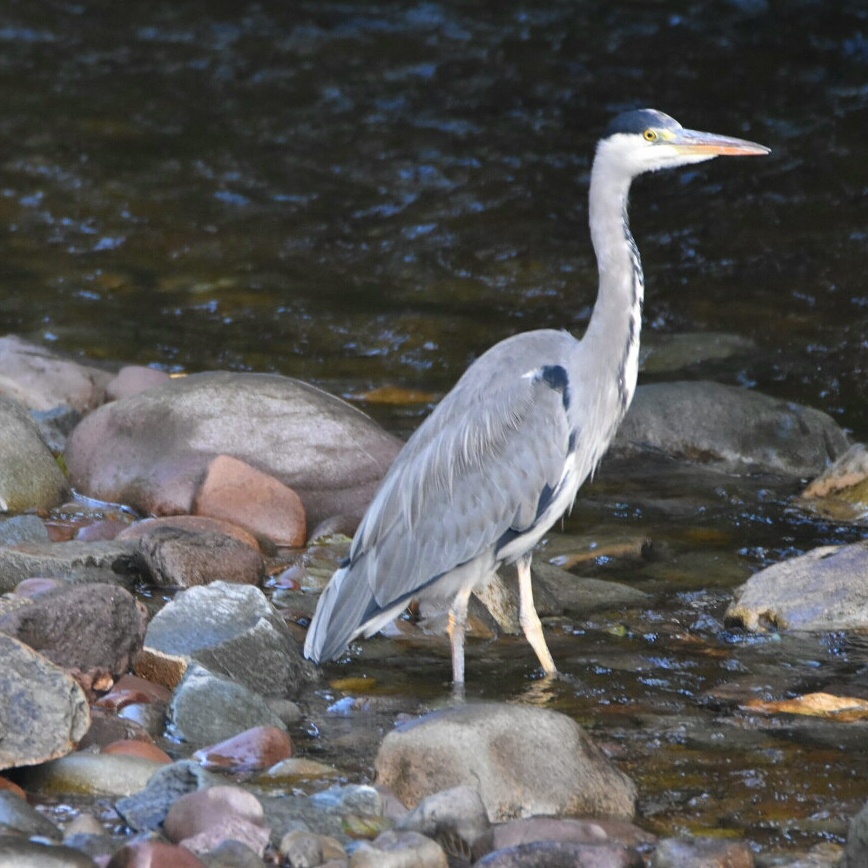 Chris Grayson who took the photograph identified this bird as  a heron, but we all know Killarney is famous for cranes. I consulted  Charlie Nolan, our local expert on bird life in general but particularly birds who live near rivers. He tells me that there are no cranes in Ireland. That settles that. It’s a heron.

Charlie Nolan told me two facts, one about cranes and one about herons.

Apparently when we had cranes in Ireland, we ate them for dinner.

The heron lays four eggs. The first fellow to hatch is the strongest and he picks off his brothers and sisters, turfing them out of the nest until he has it to himself. A classic case of survival of the fittest. 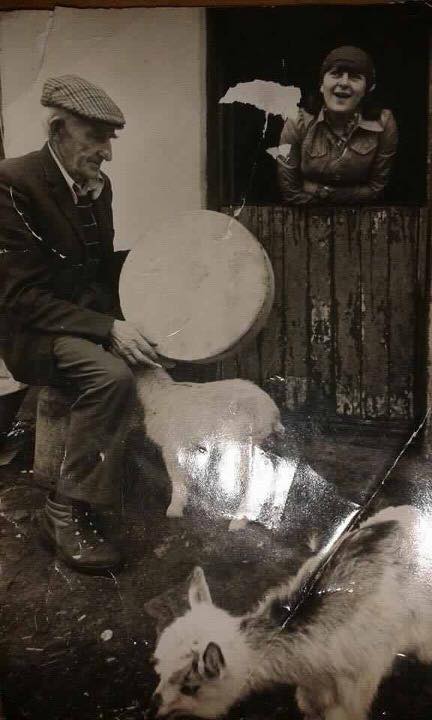 Listowel on Facebook posted this photo of Sonny Canavan and his niece Margaret. It prompted the man below, Gerard Leahy, to share a memory. 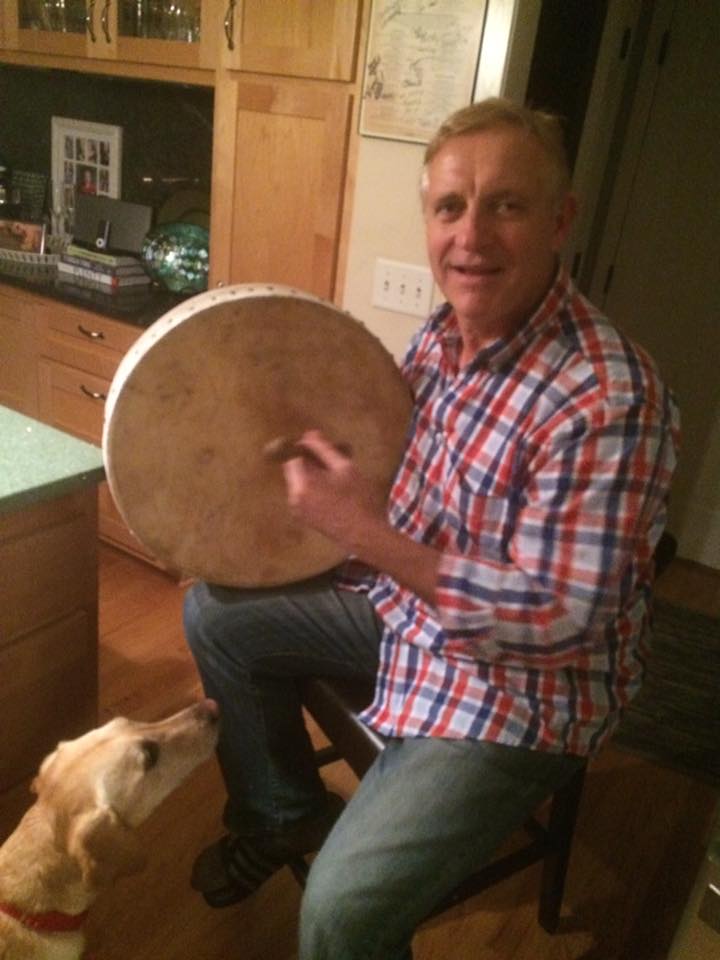 I have a Canavan bodhran, it is the Stradivarius of bodhrans.

I was getting home from the movies at the Astor one night to 23 Market St when I was about 17 years old. It was raining, Sonny was hanging out under the veranda of our shop, the pubs had just closed. He saw me and said, ” Sonny Leahy, can you give me a ride home”. My first thought was that he called me Sonny and I thought was what an honor to be called Sonny by the legendary Sonny Canavan.
I drove him home and we talked about bodhrans. He told me he had 4 or 5 up on the kitchen and I could have my pick for 5 pounds ( he told me he was getting 15 from the yanks! ).
I remember him reaching up to the gutter to pull down the keys and he walked into his kitchen with little kid goats running around the place.
I treasure this bodhran that he made and the stick that my old friend Tom Enright ( working at Sean Tacks ) made for me. Absolute treasures.


A Trip Down Memory Lane for Some Former Basketballers 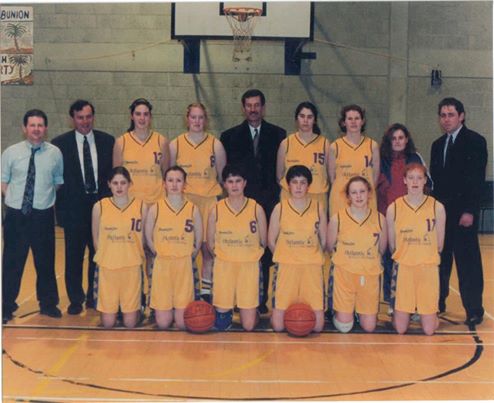 National League team, “Team Atlantic” sponsored by Frank Quilter. The year was 1995. We had a home fixture and if we won that we won the league that year and WE DID! We had the Tanaisté & Minister for Foreign Affairs, Dick Spring present as a guest. Great memories, we had some craic! 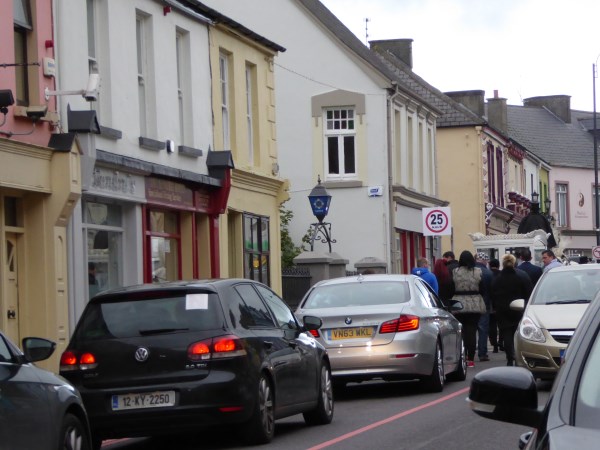 The Origins of Irish Step Dancing

information from Jimmy Hickey,  the Last of the Great North
Kerry Master Dancers 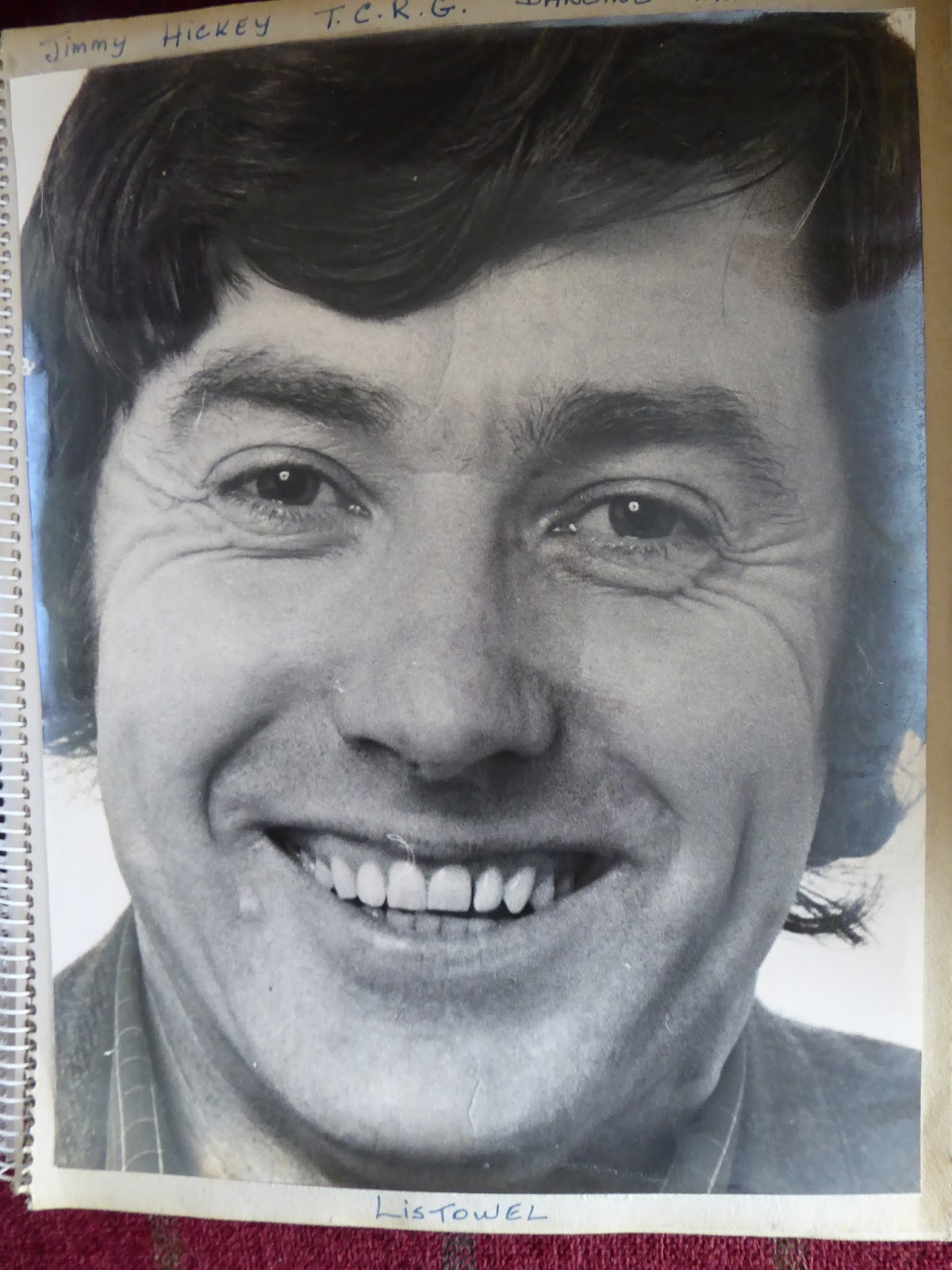 Who will take me from the
floor

and float me into air?

Who will make those soft
black shoes

When you’re no longer there?

For I have had a master

Since first he came to town.

I put him on a new stage

He left behind the clown.

He danced me down through
time

Hornpipes and reels from far
off fields

And jigs all truly mine.

From the actor to the master

The great house to the class

No one to dance my dances

When you have danced your
last.

This poem was written by one
talented Listowel man for another. John
Fitzgerald recognizes that we might be seeing the end of traditional dance in
North Kerry.

Modern Irish dancing in the
Riverdance mode or the bouncing wigs, heavy make up and glued on socks variety is the successor
to the old form of Irish dancing. It is part of an evolutionary process that
began in pre Christian times.

I will give you now a short
history of North Kerry dancing as told by Jimmy Hickey, one of it’s most
articulate exponents. Jimmy told this story to Fr. Pat Moore in a Radio Kerry programme produced by Mike Joe
Thornton in 2004. Jimmy gave me a recording of the programme.

It seems that Irish dancing
was brought to these parts by a circus man called Tom Moore. He taught the
steps and the technique to Ned Batt Walsh who taught Jerry Molyneaux who in
turn taught Liam Dineen and Liam Dineen taught Jimmy Hickey. Jimmy has found no
one who will stick with him for long enough to learn all the complicated steps.
He has had some great dancers over the years but they all give up and go on to
other things.

Dancing as a form of
entertainment is as old as time. The Druids danced around the May bush. Dancing
at the bonfire was a kind of fertility ritual. The young couple danced over the
flames. Fire has traditionally symbolized life.

The influence of the Spanish
Armada which was wrecked off the west coast can also be seen. The battering
element of Irish jigs and hornpipes is very like the battering and heel
drumming of the flamenco.

In the days of the big house,
dancing was a very important accomplishment for a young lady or gentleman.
Parties for the gentry took the form of shooting by day and dancing by night.
These balls were where matches were made. The best and most elegant dancers
stood out. They caught the eye of the prospective marriage partner or his
mamma.

The quadrilles and cotillions
were the forerunners of our polkas today.

In the 19th
century in pre Famine Ireland there were
three types of dancing master.

The top of the tree were the
dancing masters who lived at The Big House and taught the young ladies and gentlemen
to dance. These men claimed to be trained in France. They wore silk stockings and
top coats. They dined at the table of their masters and were treated almost
like one of the family.

The next tier of dancing
master taught classes to ordinary people. These took the cotillion and
quadrille of the Big House and customized them for ordinary folk.

The third type of dance
teacher was the village hop merchant. He was a jig actor who taught basic steps
to people and who organized cross roads dances.

Another influence on Irish
dancing was the American factor.The Irish who emigrated to build railways in
North and South Carolina often settled there and they bought their Irish dancing and music with them. This evolved
into Blue Grass and Barn Dancing. Turkey in the Straw is actually a reel.

The jig is a truly Irish
dance, the reel is Scottish and the hornpipe English. Figure dances are usually
reels. 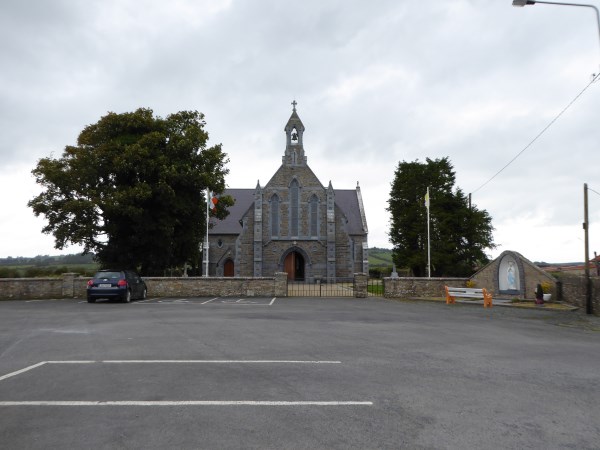 Castleisland Parish will hold a Special Appeal on behalf of Brosna

Parish on the 3rd/4th December.  It will be an invitation to support

works done on the Parish Church some time ago. There will be an

envelope collection that weekend and a special concert featuring Liam

We hope to set up a committee to help organise the weekend. If you 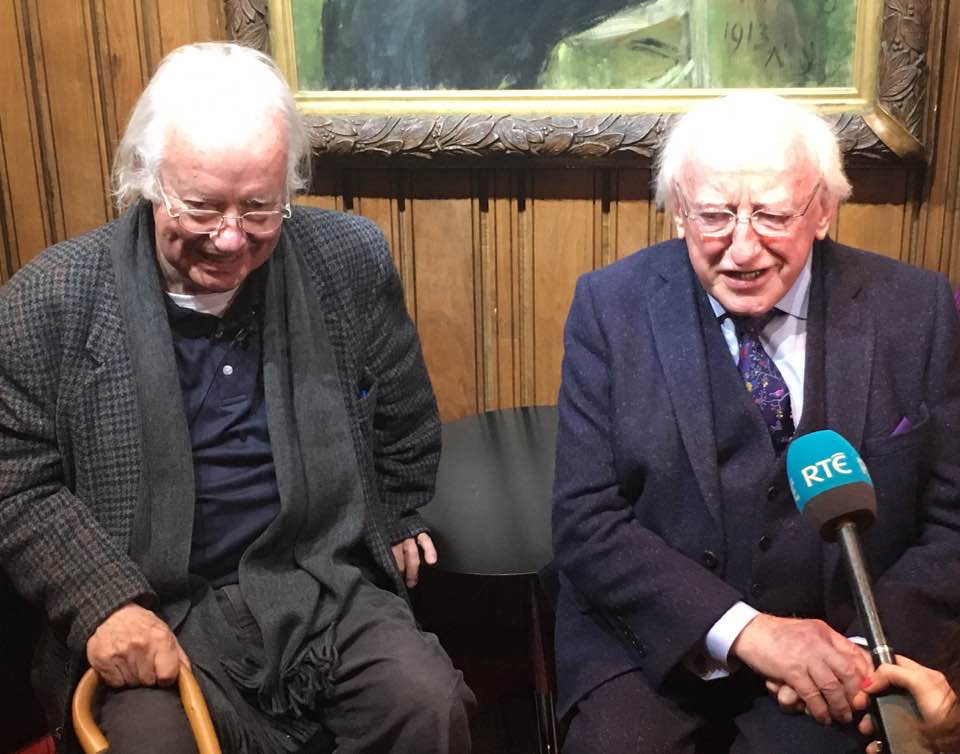