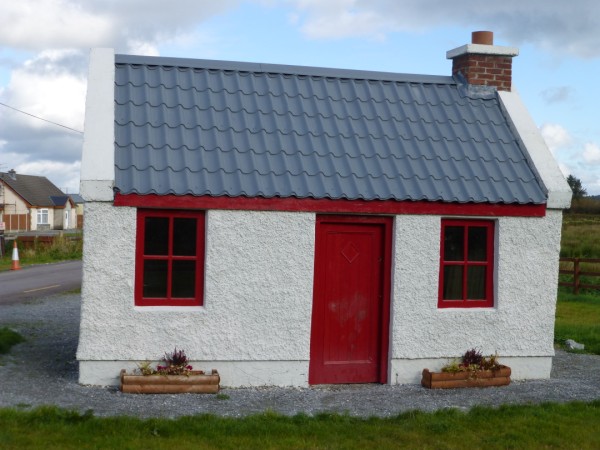 If you pass this quaint little cottage on the road to Ballybunion you might be wondering about it and admiring its olde worlde charm. 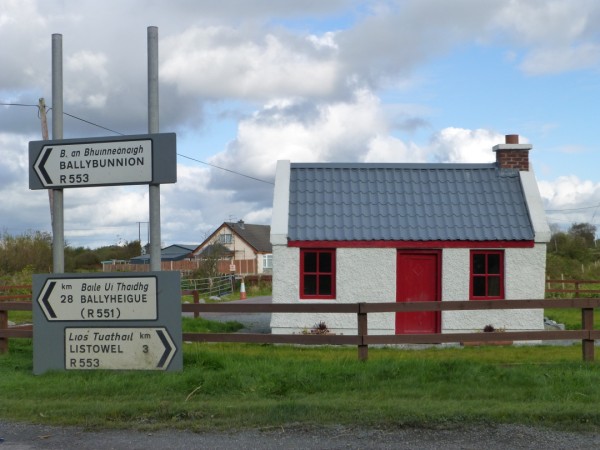 The cottage stands at a junction on the Ballybunion Road called Callaghan’s Cross. 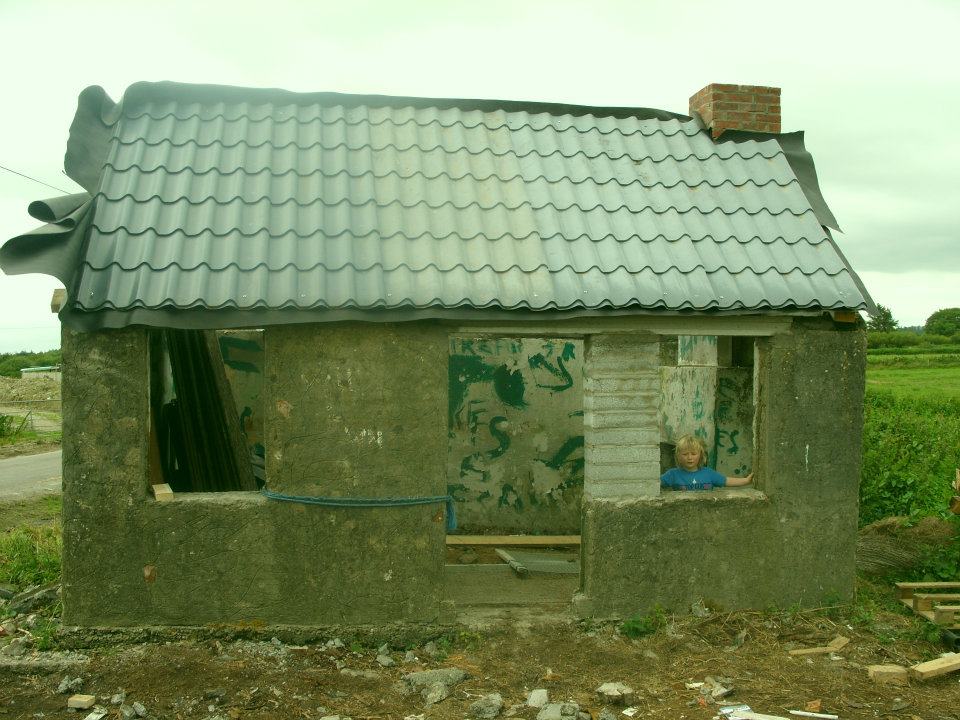 This is how it used to look when a band of concerned local people formed themselves into a restoration committee and set about contacting the owners and requesting permission to restore the cottage and the pump across the road. This too had fallen into disrepair as you can see from the photographs below. 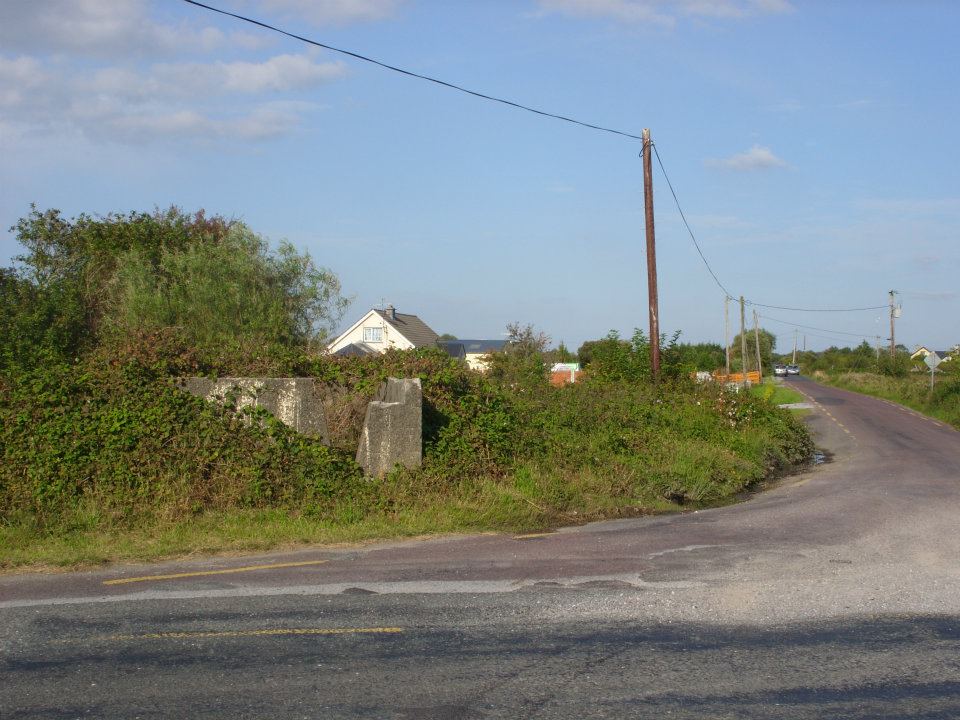 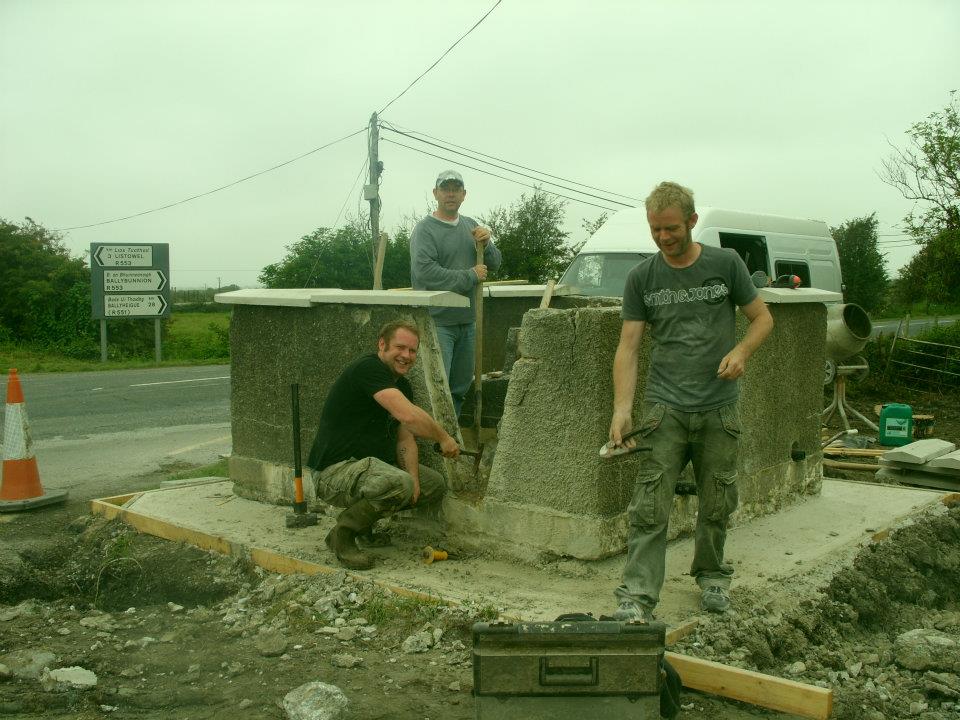 All hands to the pumps as the restoration work got under way. 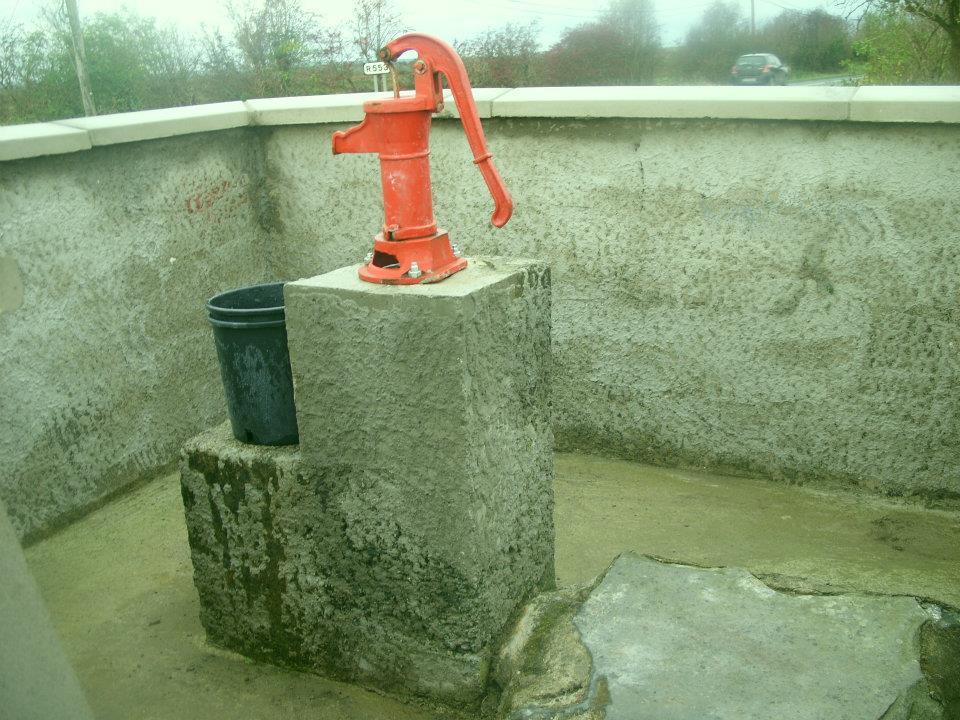 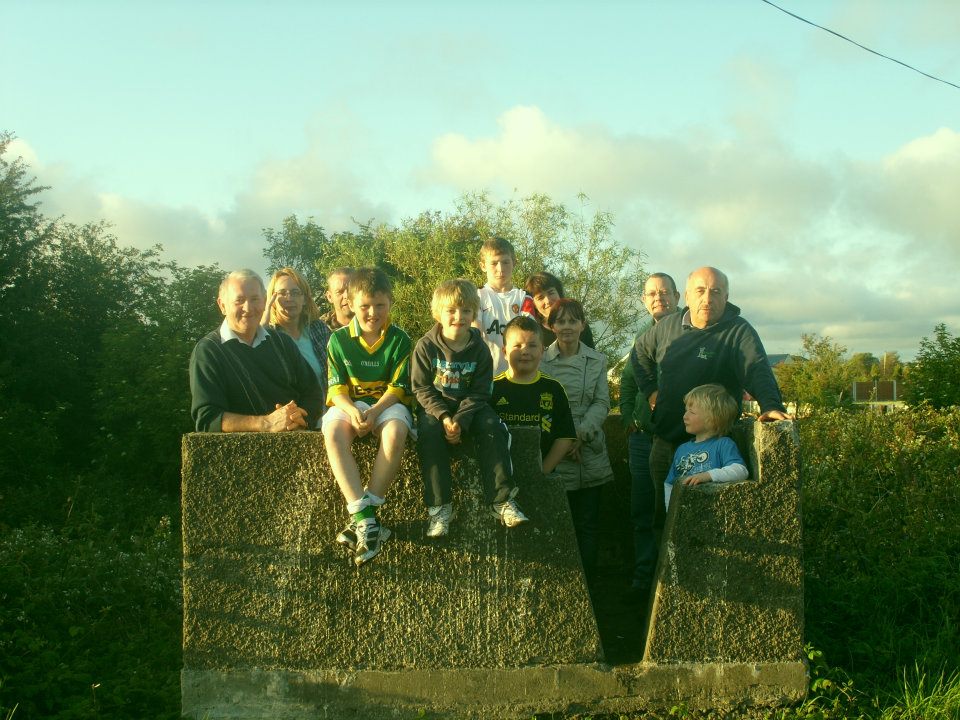 This is a happy group of local people gathered at the pump one evening during the restoration.

( All these old photos are taken from the Callaghans Cross webpage) 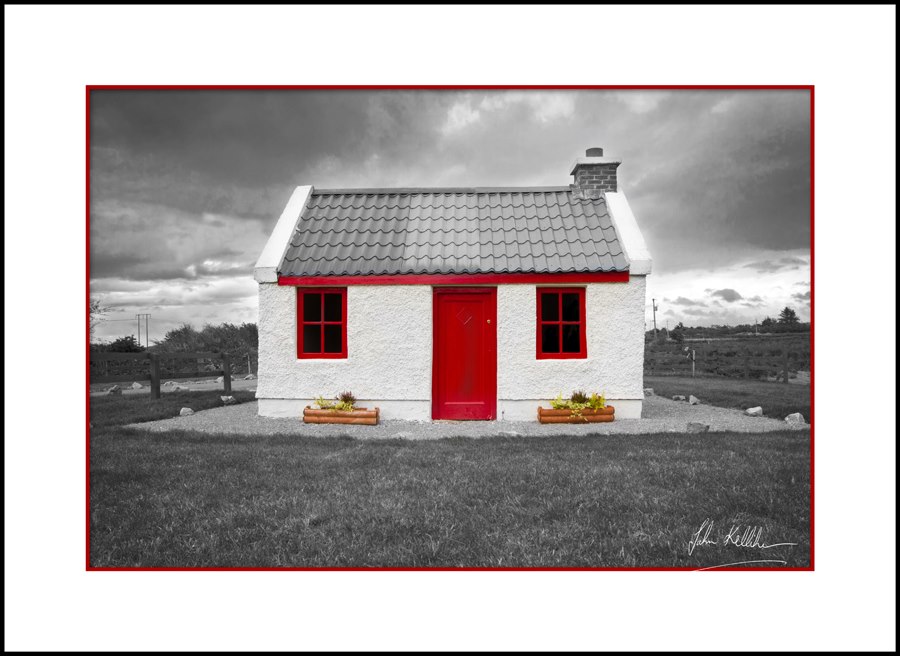 John Kelliher’s postcard of Callaghan’s Cottage is a fitting tribute to the hard work and community spirit of all the neighbours who worked so hard to restore the glory of this lovely little tigín. Well done all!

The pope canonised 2 new saints on Sunday. One of them was the first native American to be canonized. Jer sent us a link to a video about the miracles they performed.

We have Jer to thank as well for this uplifting tale of the world’s oldest teacher;

A profile of Father Geoffrey Schneider who has been declared the world’s oldest teacher by Guinness World Records, just weeks short of his 100th birthday. 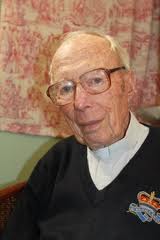 As the world’s oldest full-time teacher, Sydney priest Geoffrey Schneider knows a thing or two about how to bring the best out of students.

The secret, according to the 99-year-old, is “a mountain of patience”.

“Their books will eventually open.”

The Jesuit priest has taught at schools in Sydney, Melbourne and Perth, shaping the intellects and values of leading figures of Australian government, business, academia and sport, including Tony Abbott.

But as most workers switch between jobs or eagerly plan their retirement, Father Schneider yesterday signalled no intention of ending his 47-year tenure at Sydney’s St Aloysius’ College, where he is touted as the world’s oldest full-time teacher.

Nobody has so far come forward to challenge that title.

“So I can read the paper every morning and then forget what’s in it?

“That’s what a retired friend told me happens to him,” he said, recounting a recent visit to a home for retired priests.

“At 3pm there’s afternoon tea and if you don’t turn up in the first minute they come knock on your door and say, ‘It’s tea time now’.

“Really, I shouldn’t be frightened of it, but it just doesn’t appeal to me. I just feel I can be more useful here.”

Asked whether Mr Abbott was an unruly youngster, Father Schneider chuckled he could never “invent anything better than has been in the news of late”.

He politely added neither Mr Abbott nor Mr Hockey were particularly “troublesome children”.

Father Schneider’s ripe age has some particular advantages, such as his lived experience of 20th century history and a handy grasp of Latin, preferred by some older Catholics.

He enjoys a fierce popularity at St Aloysius’.

In the early 1990s, Year 3 students were asked to name a new building after their favourite Jesuit saint. Innocently, they chose “Saint” Schneider.

“I didn’t worry about it at the time, really, but after that we received a direction that the Jesuits were not to have any buildings named after them while they are alive,” he said.

“I don’t believe it wasn’t a direct consequence of what happened, but they managed to name the building before that order came down.”