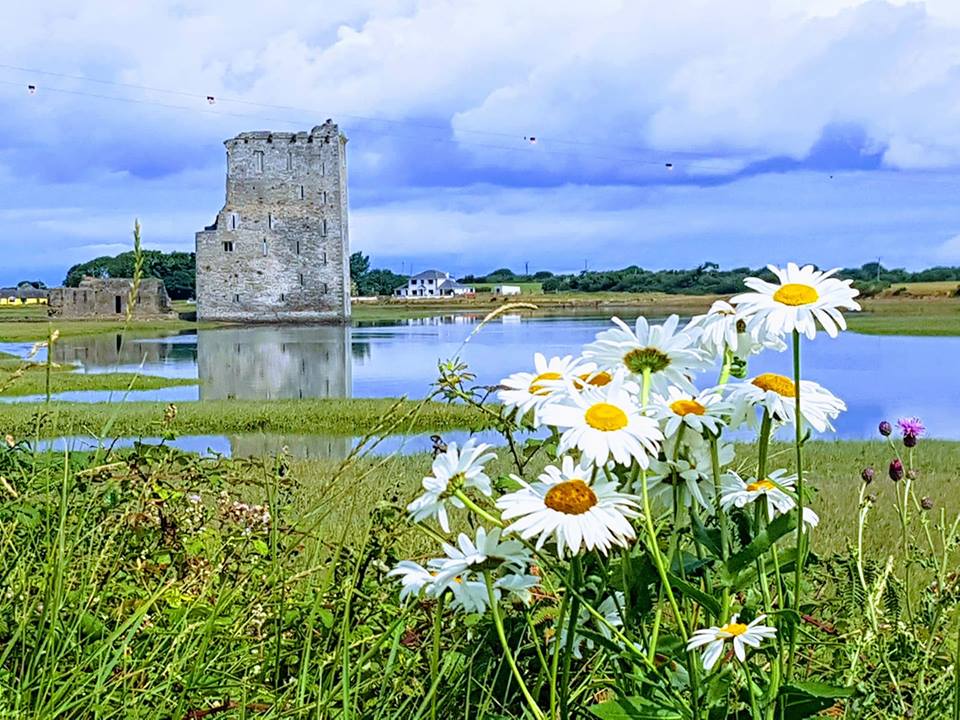 I took a walk with Molly along the River Walk a few weeks ago and I was shocked to see how the drought had affected our local stream. I’m glad to report that all is changed now. 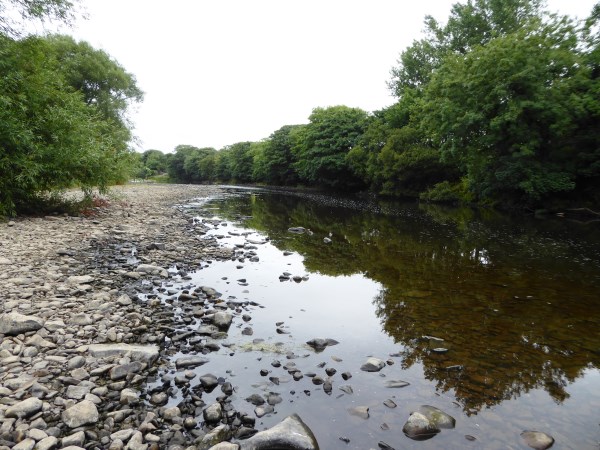 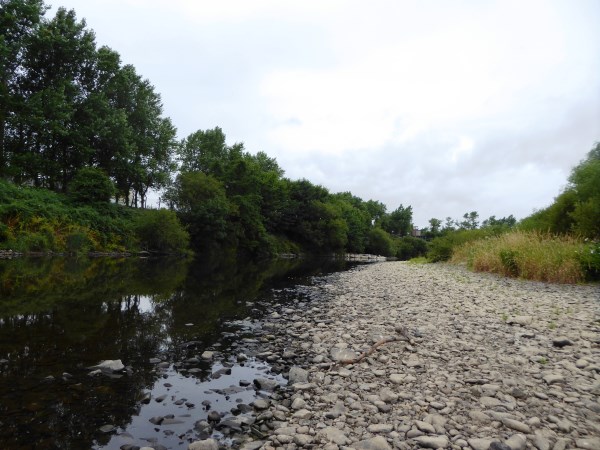 These extraordinary pictures show how the Feale looks in July 2018. 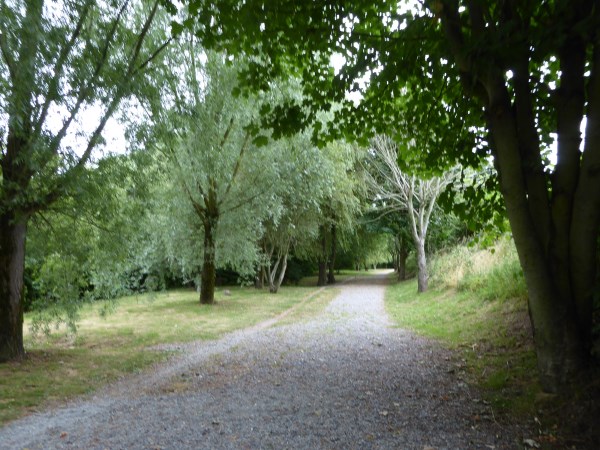 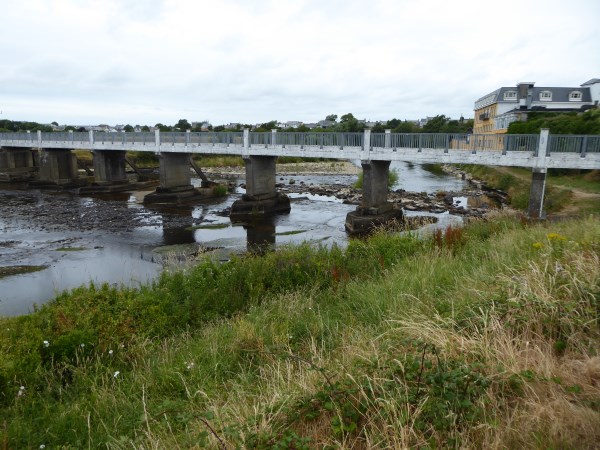 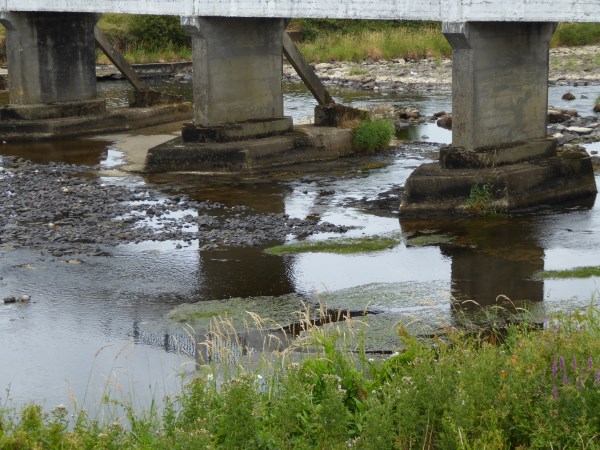 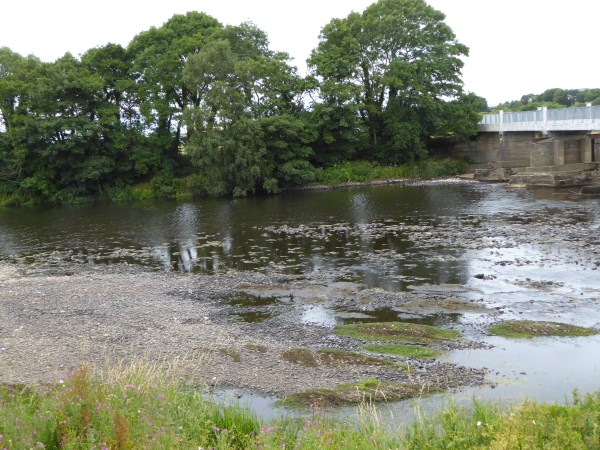 This is the river by the bridge to the racecourse. If you were to “throw me down something’ now it would be very easy to find.

Signs of the Times 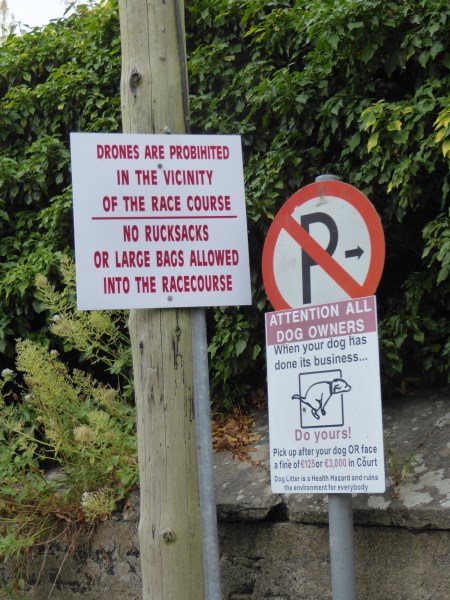 Ballyduff, Moyvane and Listowel according to the Green Guide of 1965 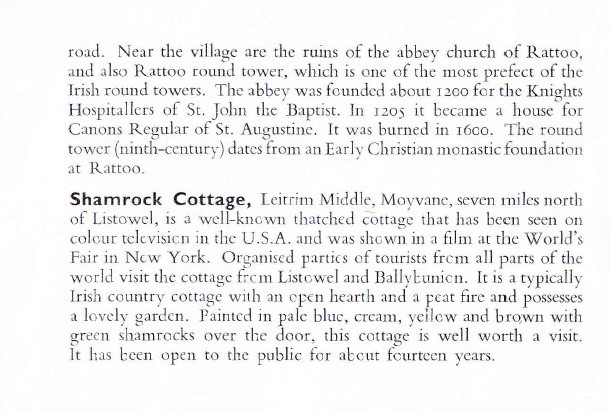 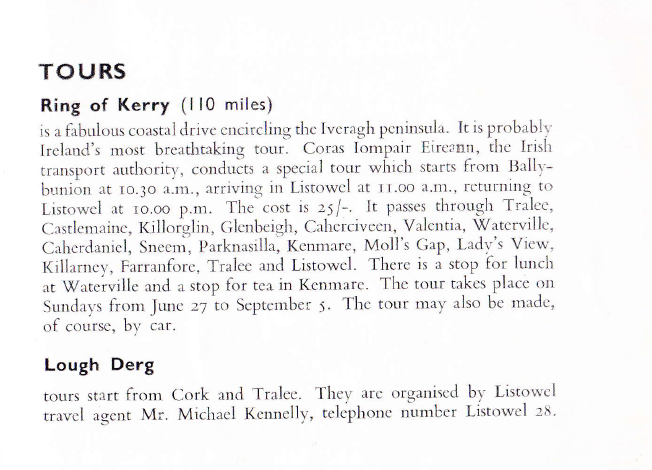 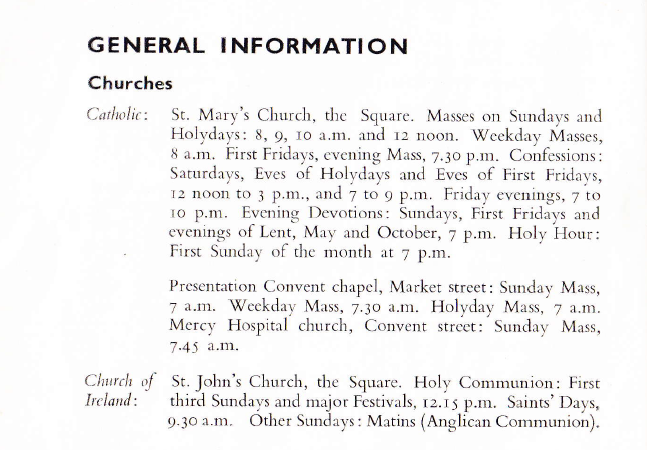 It’ not just Fred. I have to give credit to Frances and Roly Chute for some lovely paintwork in Listowel. It’s a family thing. 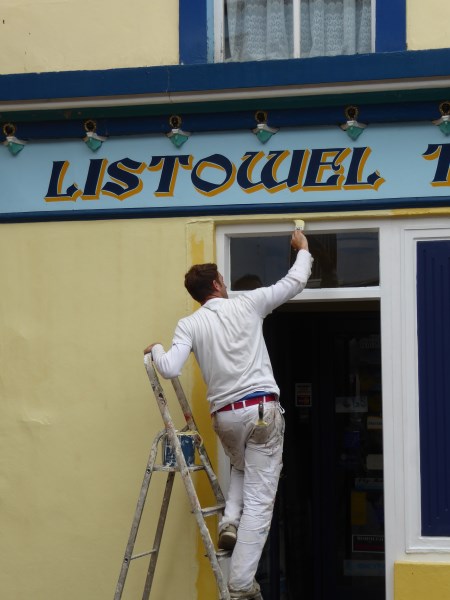 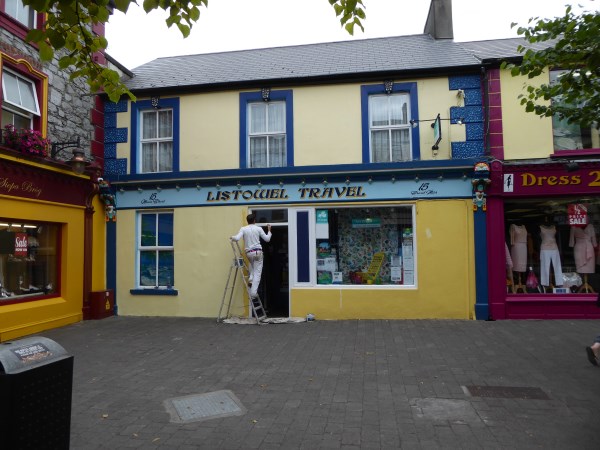 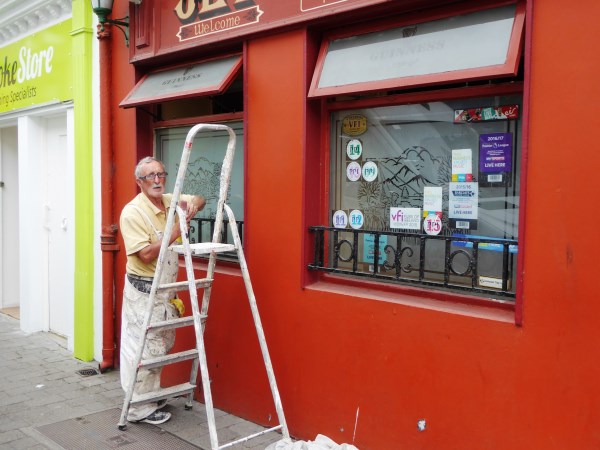 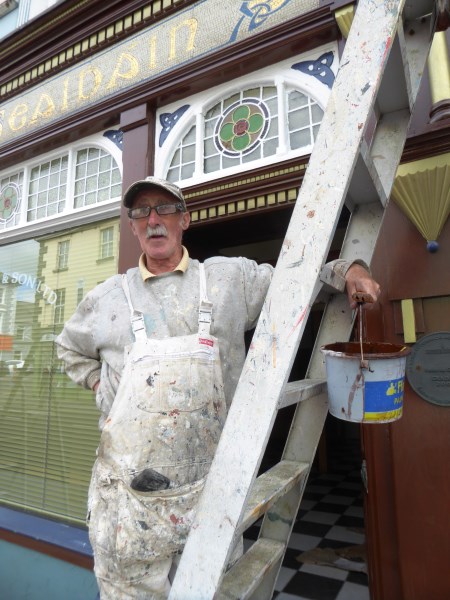 Recently we celebrated what would have been John B. Keane’s 90th birthday with a walk led by Vincent Carmody to places connected with the great playwright in Listowel. 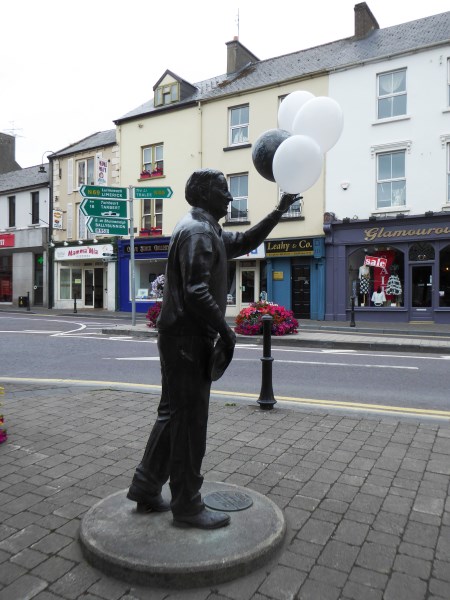 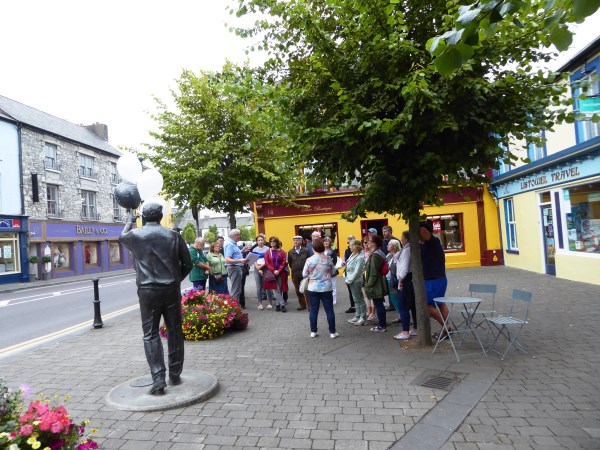 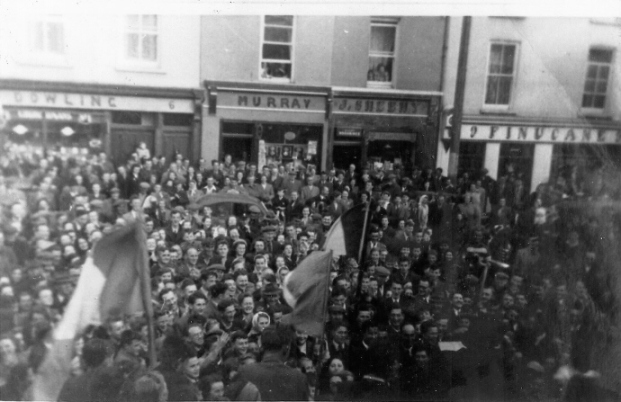 This was the scene in The Small Square on the night Doodle arrived to give his election address.

“Use your noodle, vote for Doodle” was his catchy slogan. 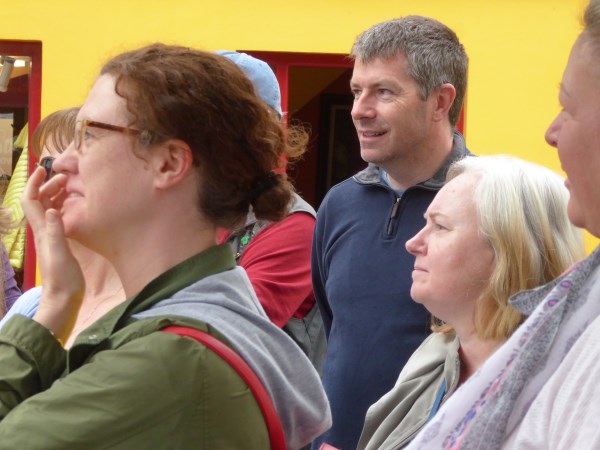 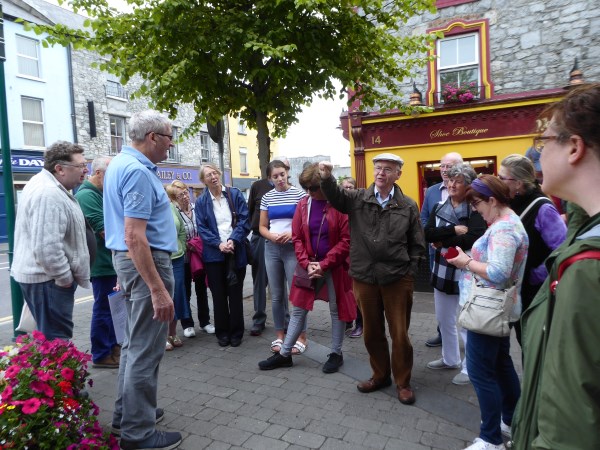 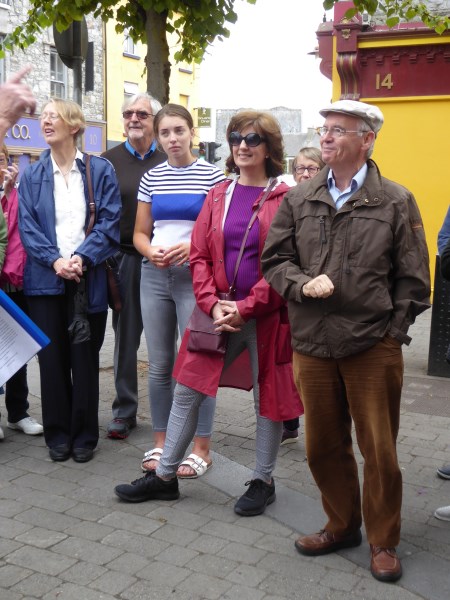 We had in our midst people who were hearing the story for the first time but we also had people like Jimmy OQuigley who remembered the night because he was there  and Paddy Keane who grew up in Listowel hearing the story of the great night repeated often. 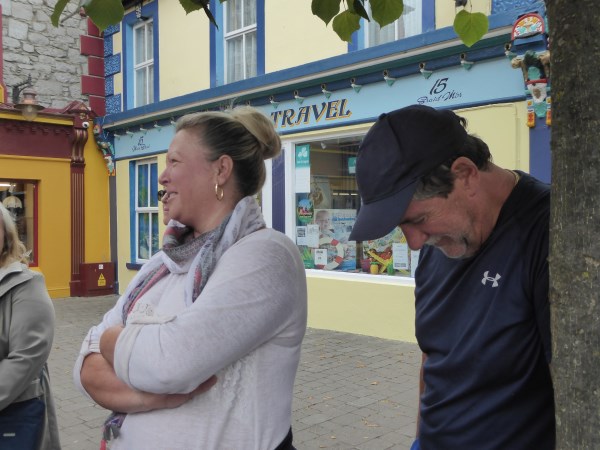 Aidan OMurchú also grew up in Listowel where the Doodle Rally was relived in song and story at an annual reunion ball of the Independent Cologeous Party. 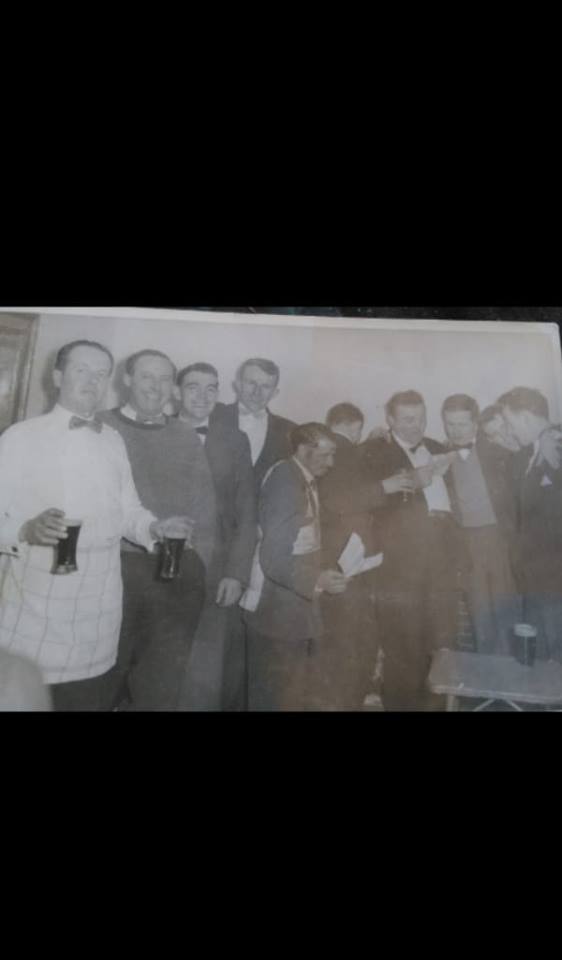 This last photo is from Paul Murphy whose father was a card carrying member of the famous party.

Green Guide to Listowel 1965, Mosaics in The Garden of Europe and Bridge Road Then and Now