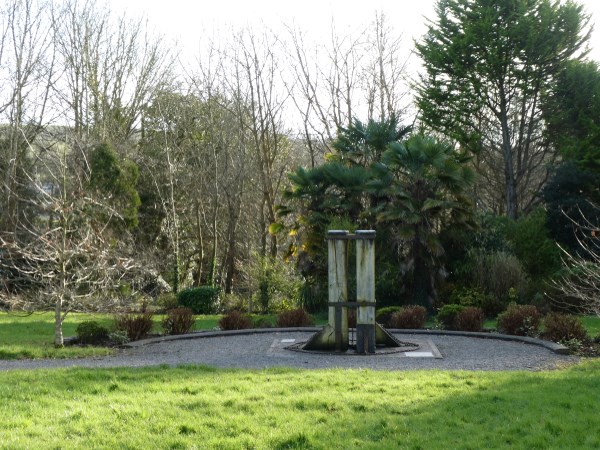 Holocaust Memorial in Listowel’s Garden of Europe in February 2020 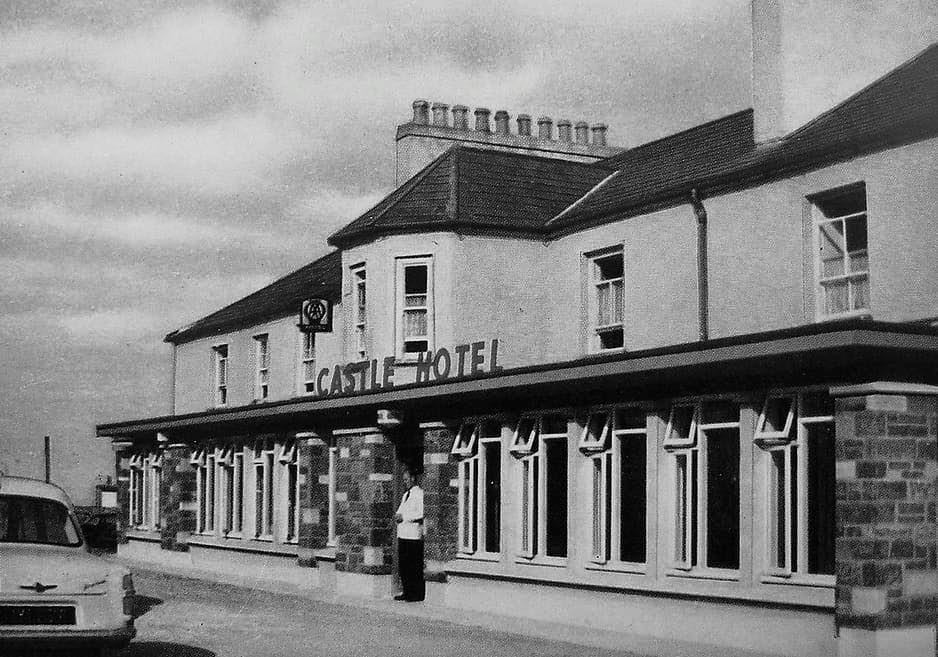 Ken Duckett heard my plea for help with items for the blog and he enquired if memories that were not exactly Listowel related were welcomed. They are, of course.

Here is what Ken writes of his North Kerry connection. 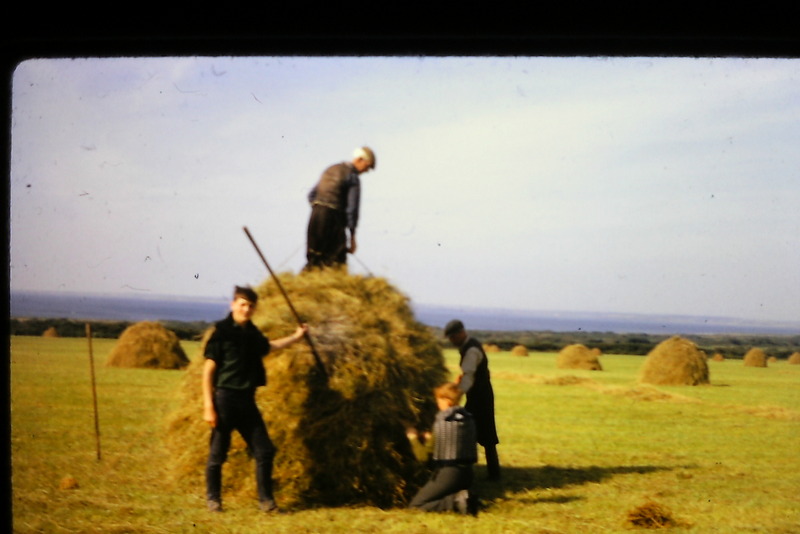 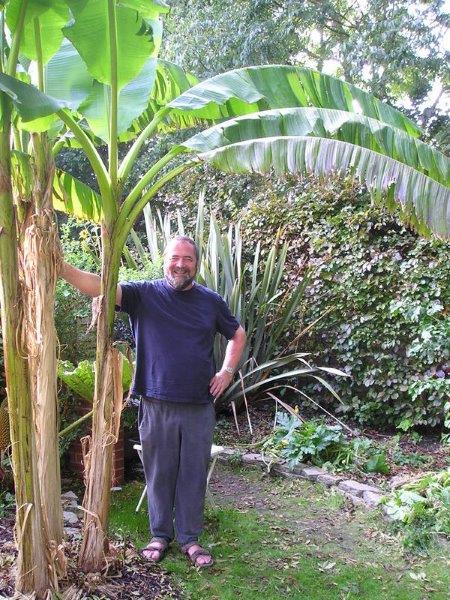 Here’s a couple of pictures, one haystacking on my uncle’s farm when I was around 14/15. My uncle was Edward Hanlon the farm that he and my mum Kathleen Hanlon plus 9 other brothers and sister were raised.

This was my grandfather Patrick Hanlon and Grandmother Margaret (Stack) Hanlon’s farm, the first one they bought after a number of their Hanlon ancestors leased. In the background you can see the Shannon flowing by.

My mother trained as a nurse and left Ireland, met my dad in England and married. We used to have several trips to Kerry as we enjoyed their company in Shannon View lodge, Asdee. My cousin presently lives there and

we’ve been over a few time. The second picture is me standing next to a Japanese Banana plant.

The Stacks were from Moyvane and lived in Gortdromasillahy and Gortdromagouna townlands over a number of generations.

It would be interested if anyone has heard or has connections with the Hanlons or Stacks. I have a recently seen picture of two of my mum’s brothers either on the way or at the Listowel races.

A Legend of Listowel Badminton Honoured 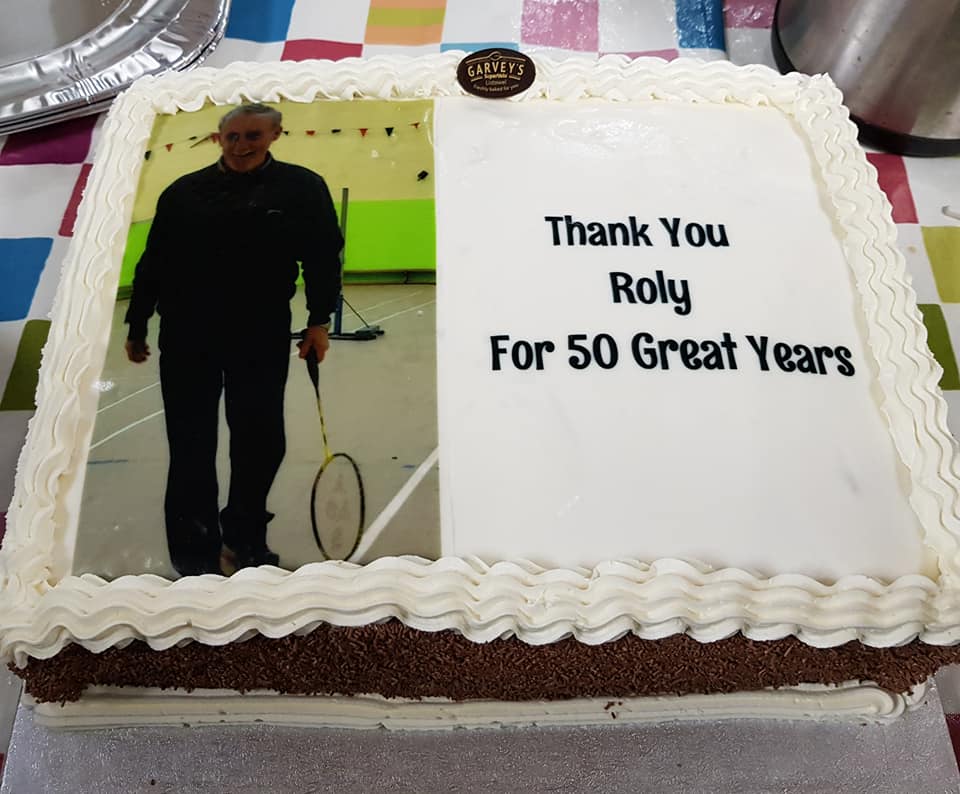 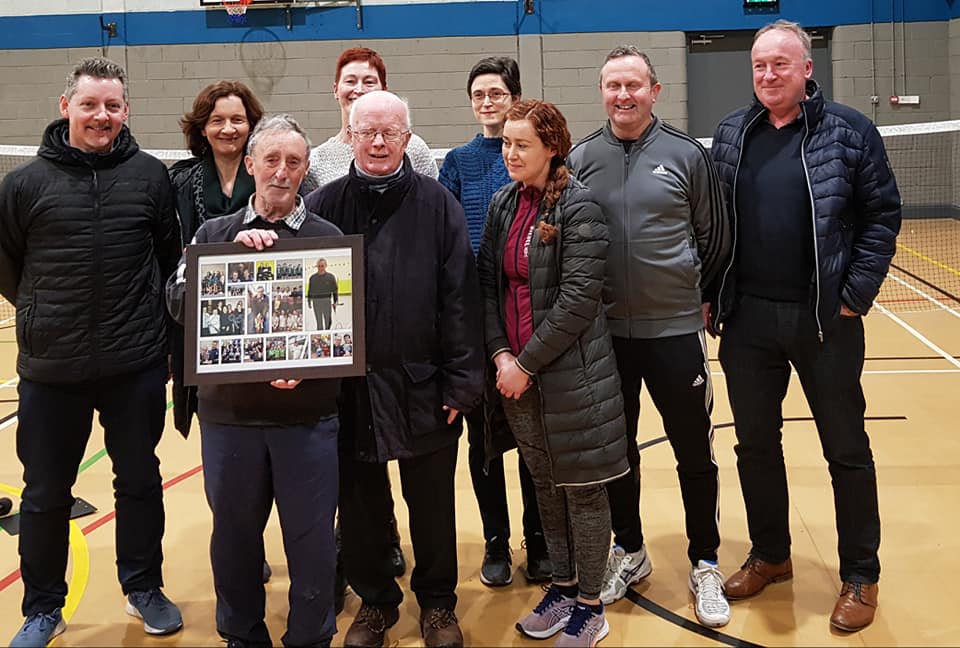 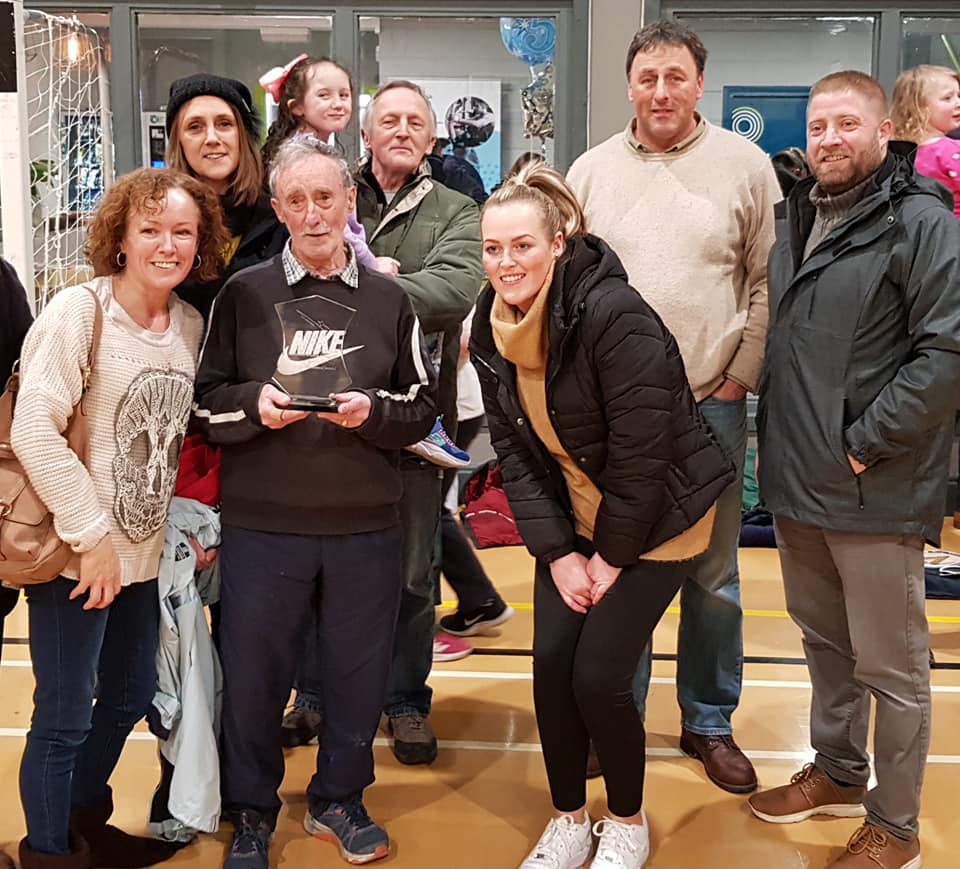 Roly Chute’s family and friends gathered at Listowel Badminton Club’s tribute night for a great servant of the club. Roly has coached generations of Listowel youngsters. I have experienced in my own family his skill and dedication. We owe him a lot.

Roly is that rare breed…a selfless volunteer. Will we ever again see one person give 50 years volunteering his skills to one sport? And he’s not finished yet!

Tidbits from Listowel in the Dúchas Folklore collection

7. If you bought bonhams and put them all together throw two buckets of sour milk on top of them to keep them from fighting. I saw Dan Shea of Clievragh doing it.

It isn’t sour milk at all sir, it’s porter you should throw in their eyes. I saw Mick Stokes of Makel St. doing it.

( This one reminded me that when my mother bought in day old chickens to be reared by a hen who had just hatched out her own eggs, she would sprinkle talcum power on them so that the hen would not reject the new ones)

8. If you kill a goose, or a cock, or a cow and put your fist on the back of his neck and press he’ll make the noise he made when alive.

(10). My mother (Mrs Doyle Slievecahel) told me that a man was coming home from Castleisland one night and he saw a lovely city inside in a Glen. He went in and there was nothing there only rocks. It was the reflection of a town in Australia.

(11). My mother said they used use pointy sticks before as forks. They used have a pointy stick as a Knife and a gabhlóg as a fork.

(12) People long go used go to no Mass but they used put a pot on another man’s head and hit it with something and that’d be by-the-way the bell. One night the pot fell down and they couldn’t pull it off and they had to break it to knock it off.

14. Jack Joy told me that Paddy Ferris of the Gaire made a cake a’ Christmas time with 5 stone of flour and it took him 5 hrs to make it.

15. St. Synan’s Well is in “Souper” Connors land (Protestants) and they got water out of the well to boil the Kettle and it wouldn’t boil at all so they had to throw it out and get other water.

16. Daniel O’Connell was at a feast one time and poison was put in his glass. One of the serving girls was by the way singing a song  in Irish and thus she warned him and she blew out the candles and he changed glasses with some other one. She sang

(T. Kennelly from mother who is from Glenbeigh)

( the gist of the song is that that there is too much salt in your soup. I’ll turn out the light so you can give it back to them)

Mattie Lennon found a reference to bittling in literature.

It would appear that bittling was washing clothes on a flat flag in a river. Apparently Kickham used it in Knocknagow.