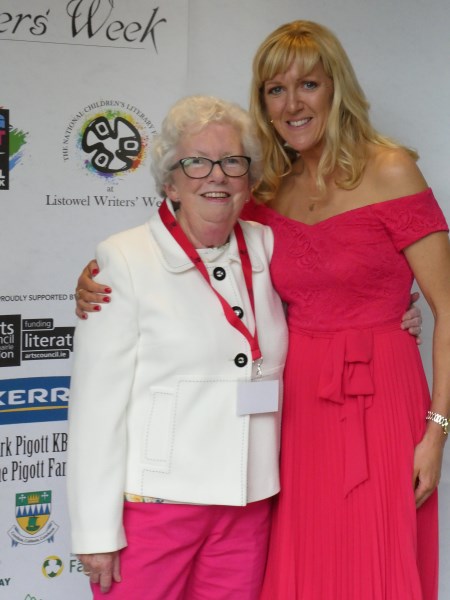 I have known Catherine Moylan since she was knee high to a grasshopper and it came as no surprise to me that this young lady, who has broken through many a glass ceiling in her career so far, is making an excellent job of what is probably her biggest gig to date, chairing Ireland’s premier literary festival. 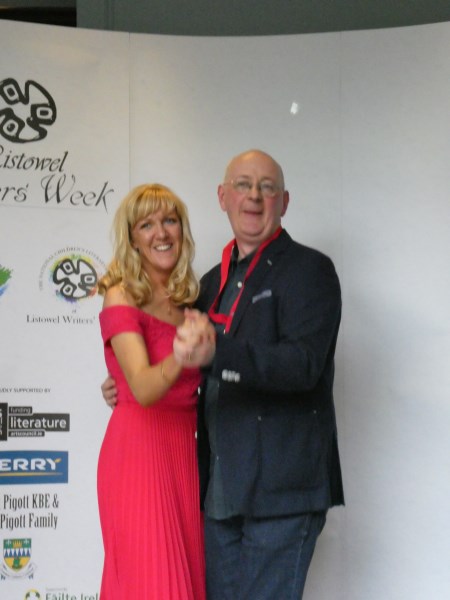 Former chair, Mike Lynch gives the new chair a twirl just to calm the nerves before the big opening speech for Listowel Writers’ Week, May 29 2019. 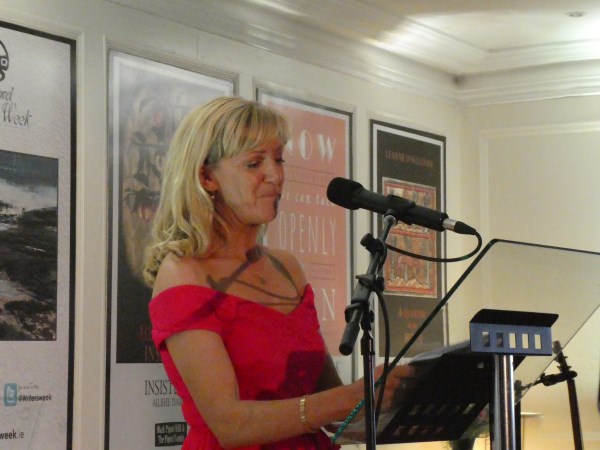 Catherine gave a well crafted, well delivered  and very well received keynote address. She told us how special she felt to have grown up in Listowel where Writers’ Week was a constant every year, where Bryan MacMahon read the children a story at her friend’s birthday party and John B. Keane was someone you could meet any day on the street. She hit the nail on the head when she identified the USP that makes Listowel Writers’ Week so different to other literary festivals. The key ingredient is Listowel and it’s people. 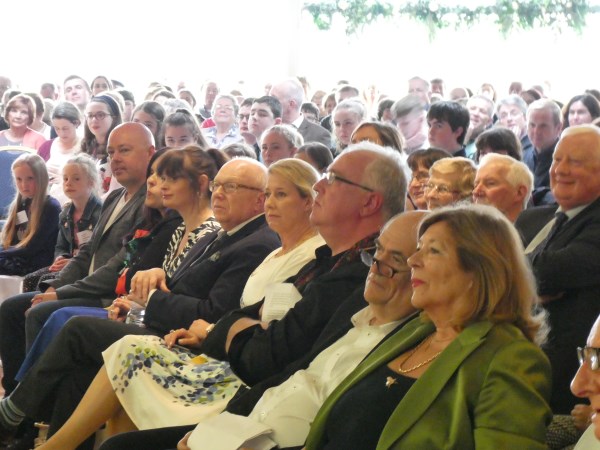 Look at the front row of the audience she addressed undaunted. 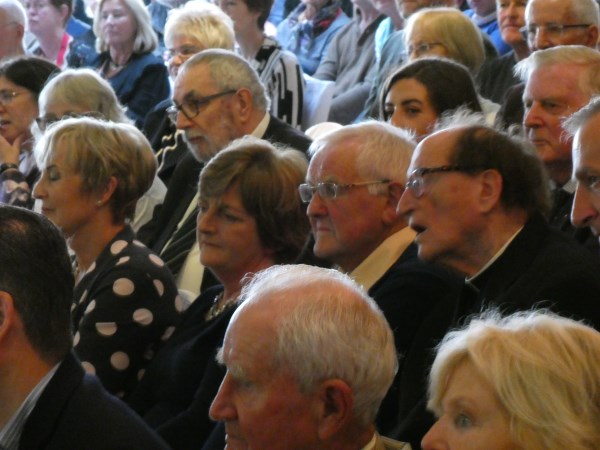 In the audience were parents, Helen and Eddie, looking a bit nervous but massively proud.

Pictures from Listowel Town Square on May 29 2019

Politicians, musicians, poets, clergy, businessmen and women, old friends and new were there. 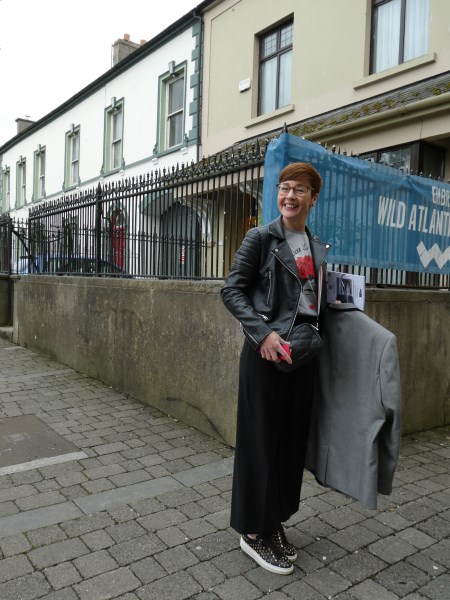 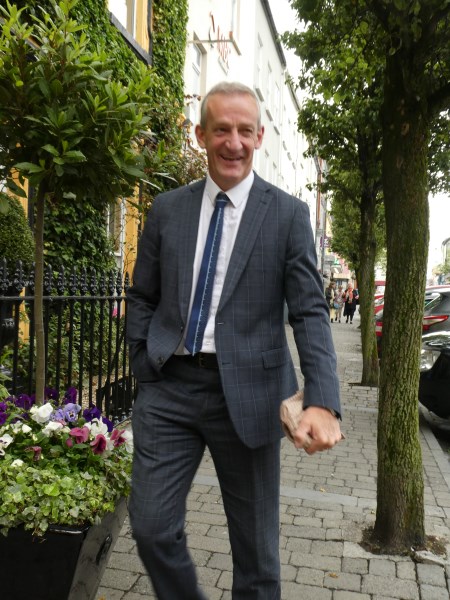 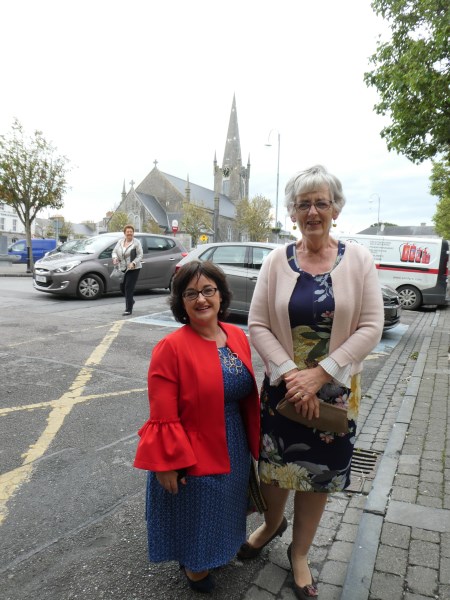 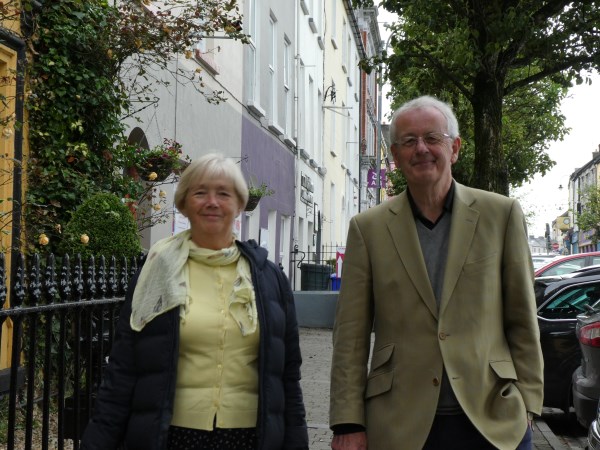 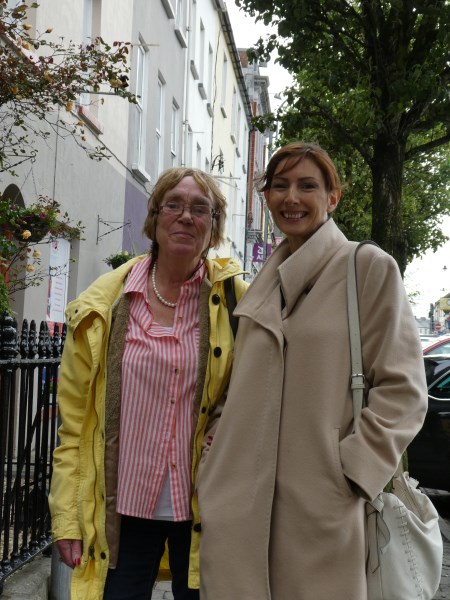 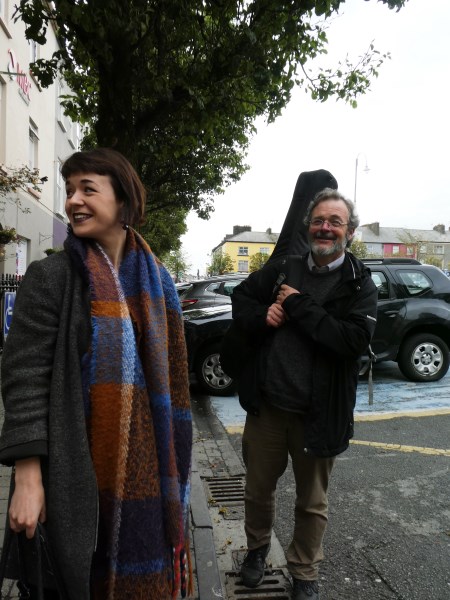 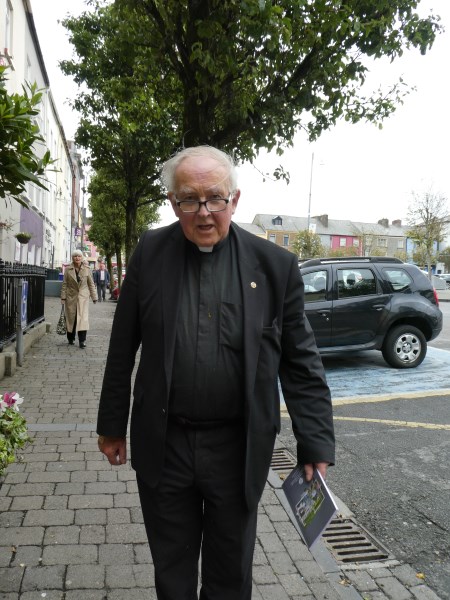 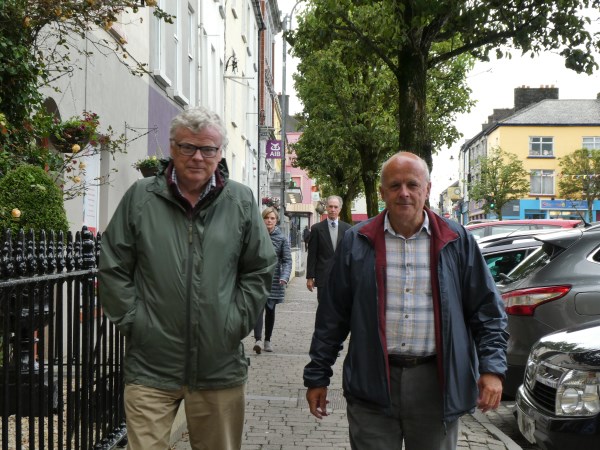 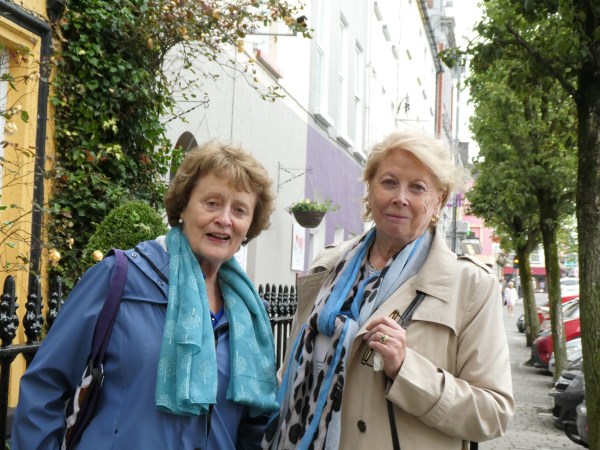 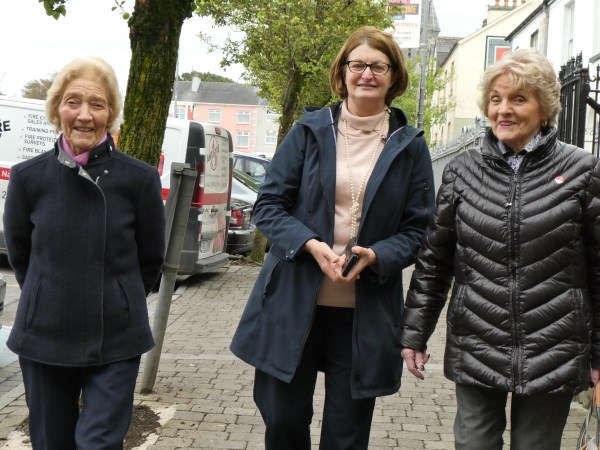 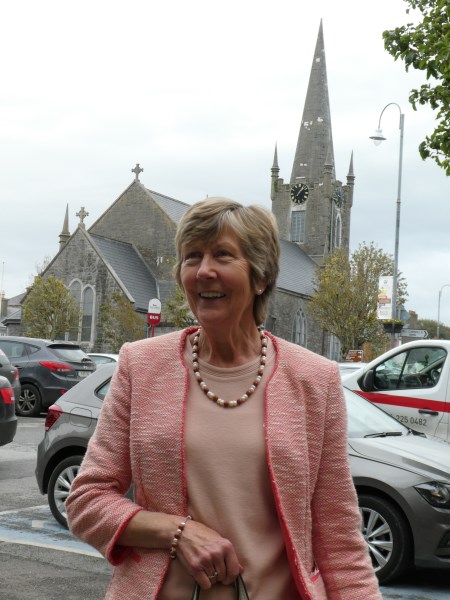 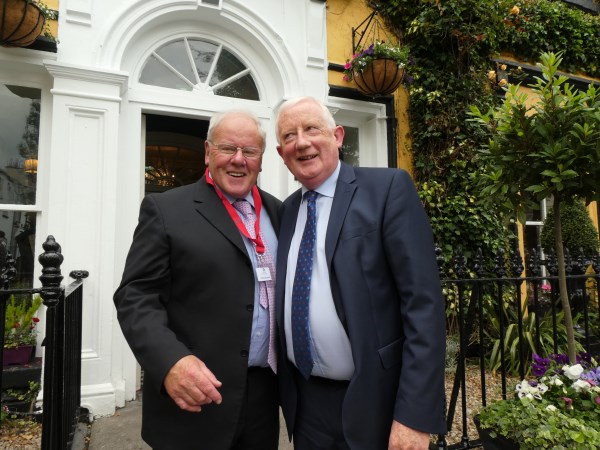 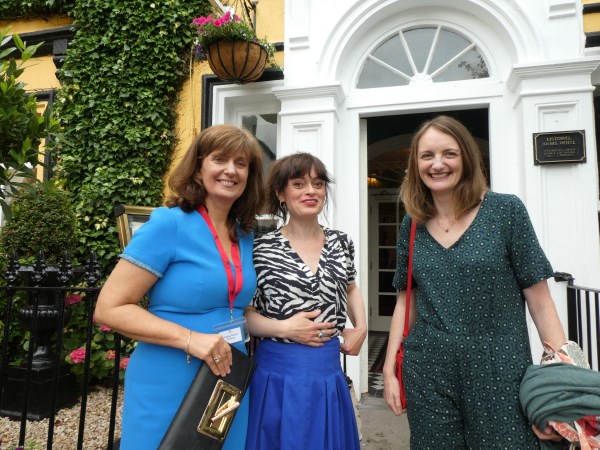 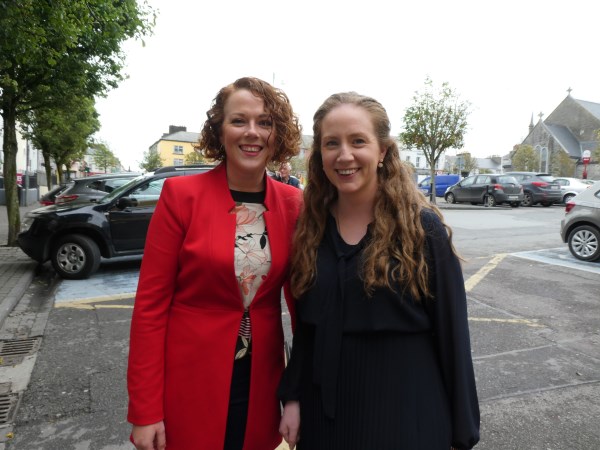 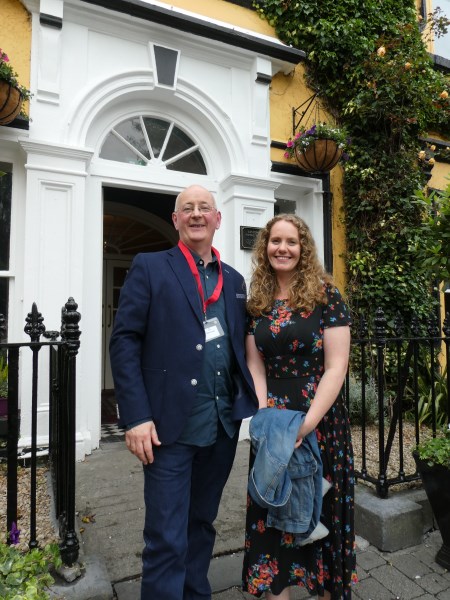 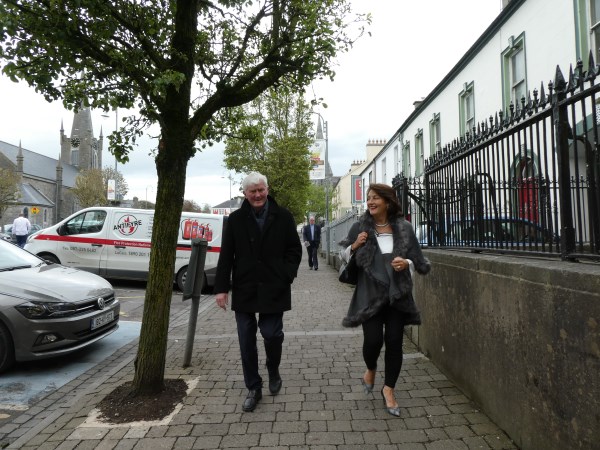 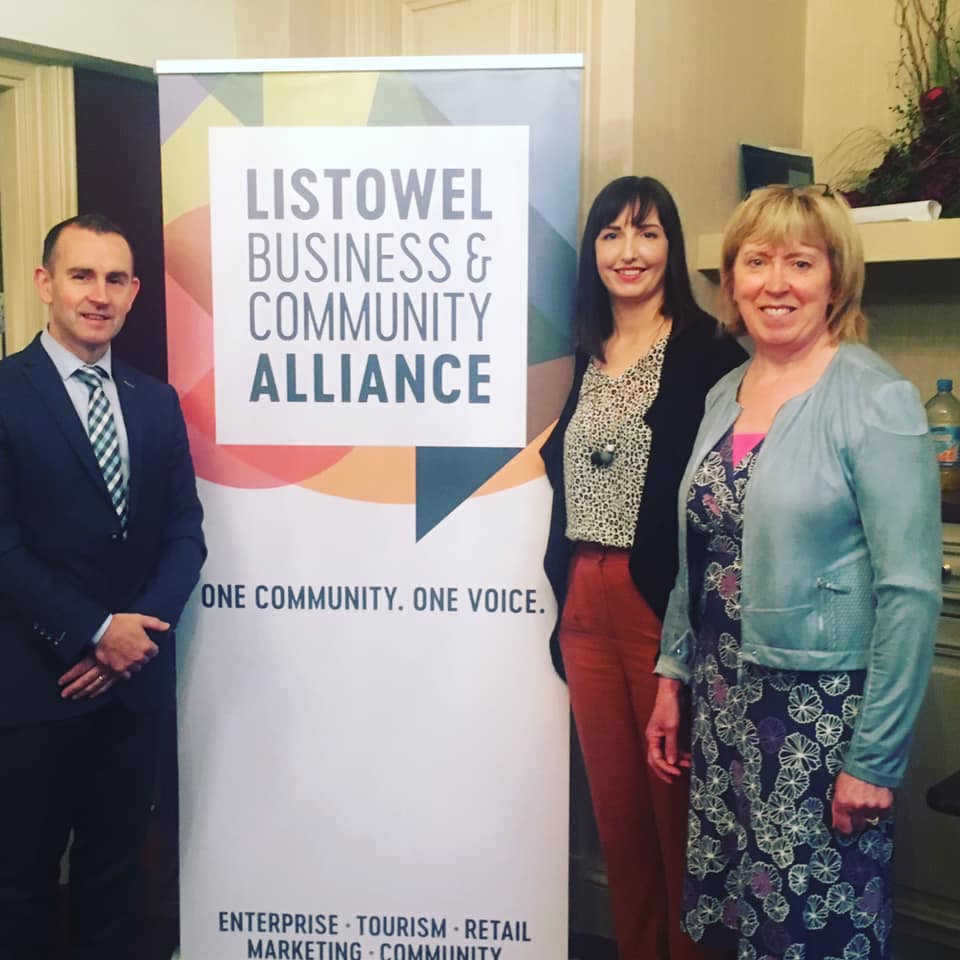 Rose Wall has replaced Stephen Stack at the helm of Listowel Business and Community Alliance. She is pictured here with Paul O’Connor and Maeve Queally.

Maeve of Some Studio was giving a morning talk to the local business community on the concept and importance of branding. 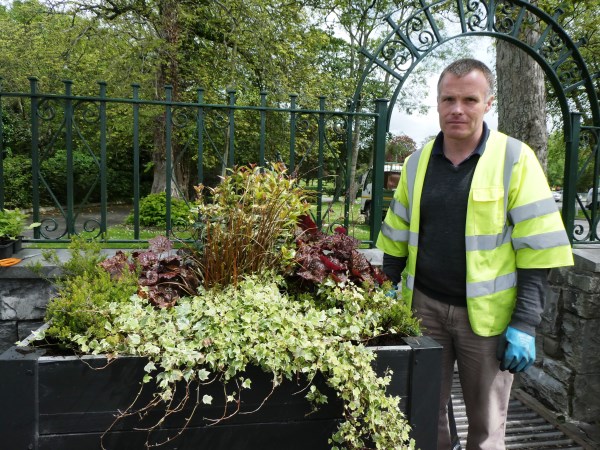 Some people know David better as an athlete, but I first met David when he was starting out on his gardening and landscaping career. He is one of the people responsible for the planted environment in our lovely town. When I took this photo last week he was getting Listowel ready for the Entente Florale judging.