Crocuses in Gurtinard Wood in February 2020 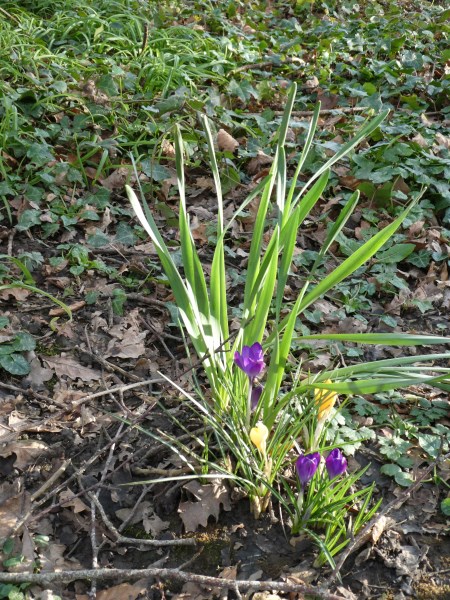 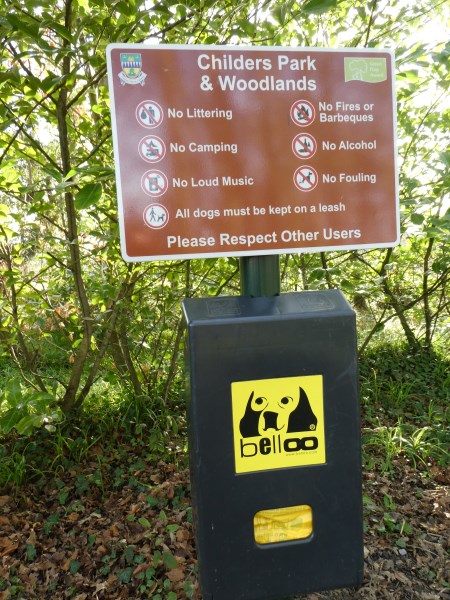 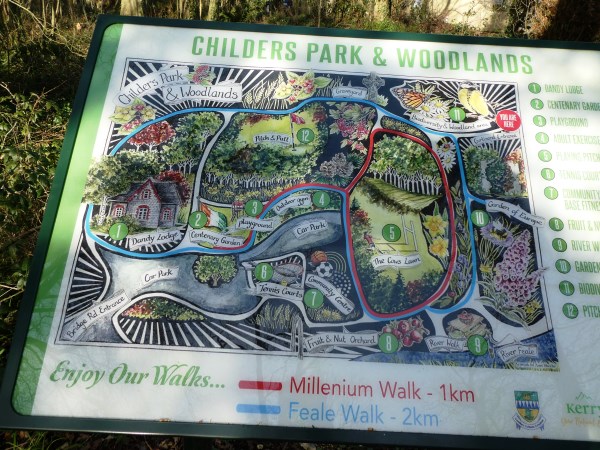 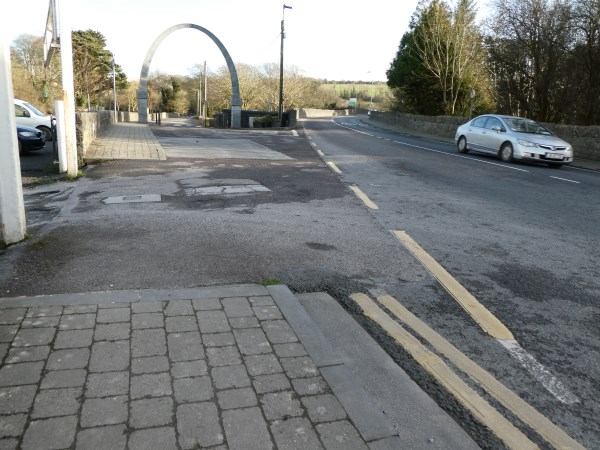 This is Lower Bridge Road as it divides for the riverside walk and the road to Tralee. When I came to town first there used to be a wall here. Local people told me that a low wall was built at the end of the footpath so that drunkards who were making their way home on foot would be alerted to the danger of going straight ahead and into the river. The wall would make them stop and veer to the right so that they could continue their homeward journey in safety.

Sexton’s canopy has been removed and a new sign hasn’t been erected yet. Sexton’s children’s clothes shop is now located between two new style shops, phone and PC repairs and vaping. 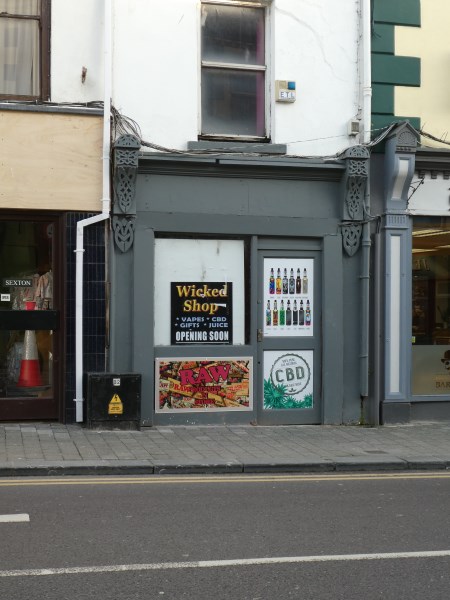 From the Schools Folklore Collection

1. The first man having a gramophone in Listowel was Timmy Molyneaux and he had it where Mrs Stack in Church St. has her house now. It was staying in a box and the country people used flock in and thought it was a man in the box was singing. There was a slit in the box and the people used put in 1d for every tune. They thought it couldn’t work without the 1d and the owner used lead them on I believe this so as to get money. This man had also four St. Bernard dogs.

Entrance to The Tower of London used to be free if you brought a dog or a cat to feed to the lions.