One of the less publicized aspects of Writers’ Week is its absolutely fabulous children’s programme. I have already alluded to the Writers in Schools programme where hundreds of schoolchildren got to meet an author.

The highlight of the children’s events was the day in the big top. The day began with Jeremy Strong, a very popular children’s author. He has written more than 90 books and his young fans were treated to an insight into how he creates his characters. He even showed us a picture of his studio /shed and told us how he goes about gathering his thoughts for a novel. 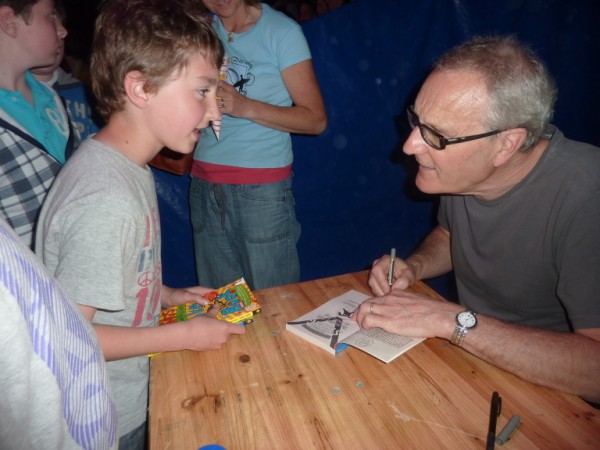 Jeremy signing a book for a young fan.

After a break for a snack 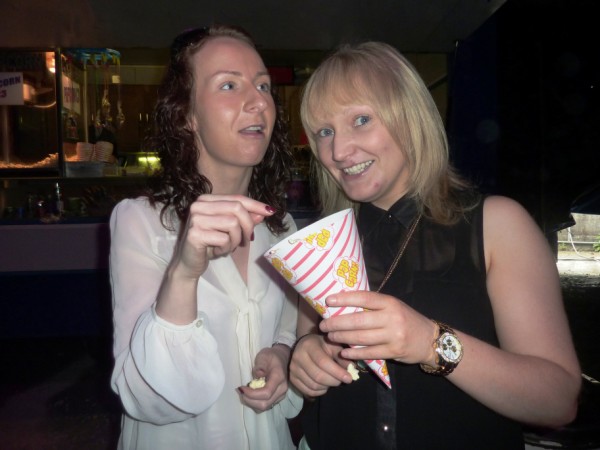 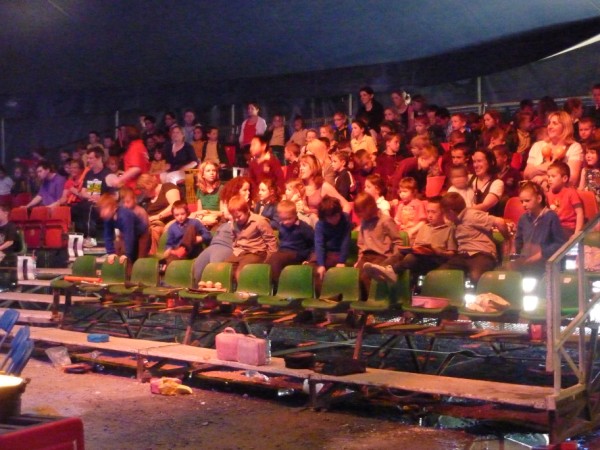 The crowd of over 400 children were treated to a performance by Drum Dance Ireland. This group brought a musical instrument for everyone in the audience and boy! did we make music.

The children also had a tea party, a juggling or clowning workshop and Baby Boogie with Jo Jordan. 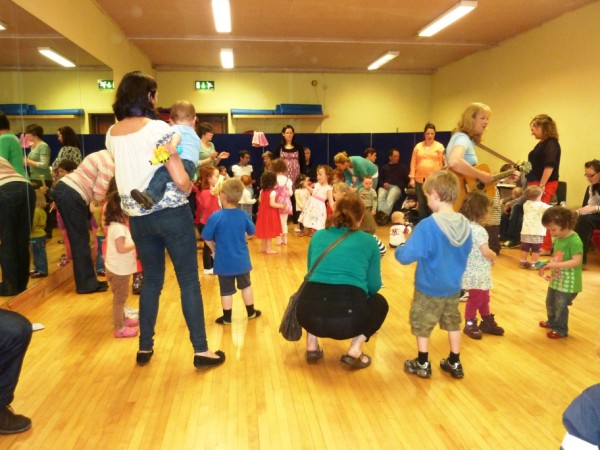 A planned activity for the children was the painting of an outdoor mural on the walls of the ball alley. This project had to be postponed due the inclement weather. We had publicised the venture and there was great interest in it, so we were sorry it could not go ahead but it will be done at a future date. 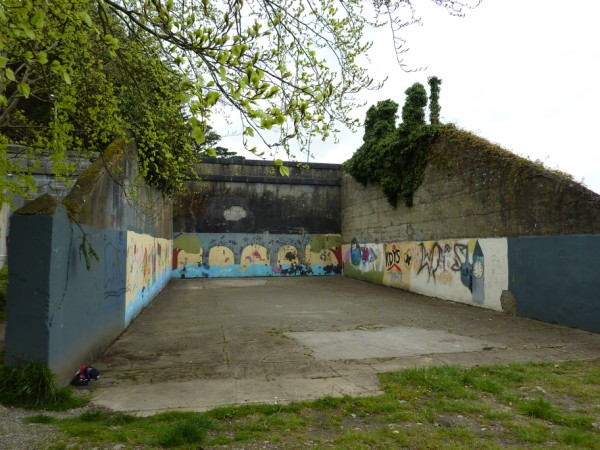 This is how the ball alley looks at the moment. The Transition Year class in Pres. painted a mural a few years ago. Unfortunately, it has been vandalized and ruined with graffiti. 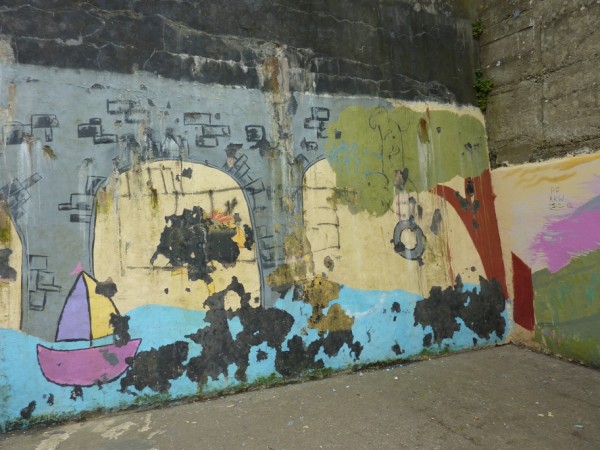 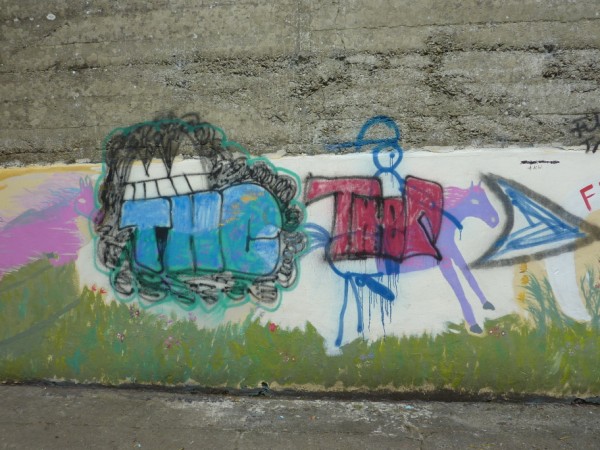 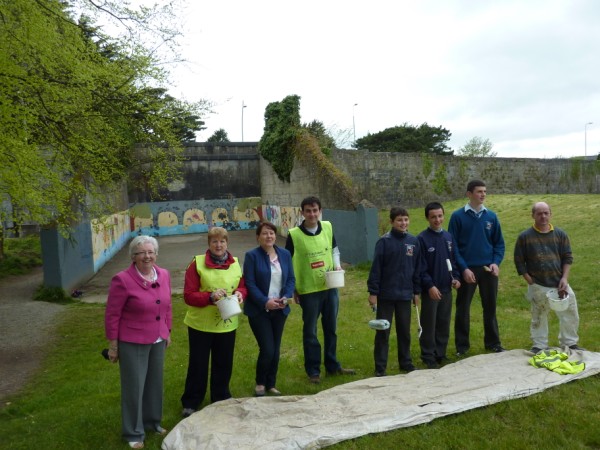 This is a photo of some Writers’ Week people, some local Tidy Towns volunteers and some young folk ready to get painting. The photo was taken before John Reidy  of The Kerryman thought we would all look better lying down. 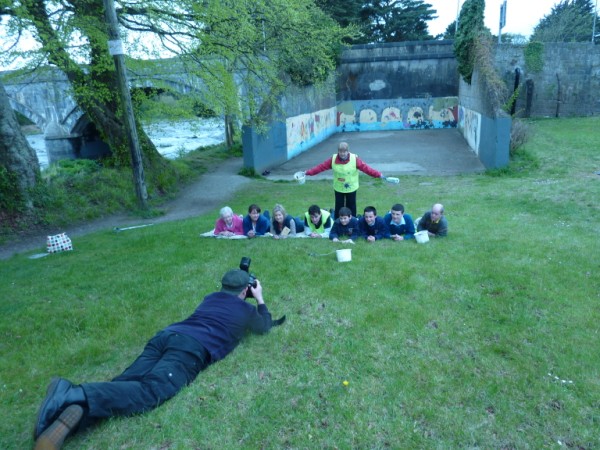 Junior Griffin kindly sent me this lovely poem he wrote about the ball alley.

Memories
of the ball alley in Listowel

When school was o’re, our
hearts would soar,

With homework done, to seek
our fun,

To toss that ball against the
wall,

With left hand or right we’d
try our might,

But win or lose, how we’d
enthuse

On those games played down
the alley

Each game was fought, the prize
was sought,

The match was won at twenty
one,

But time moves on, the youth
now gone,

To toss that ball against the
wall

Yet, memories hold of
comrades old

Of times gone by which
brought such joy

Those days spent down the
alley

Ah, those were the days, indeed. Hopefully the poem brought back a few happy memories