Circus, A Stone Wall and Listowel helping the war effort 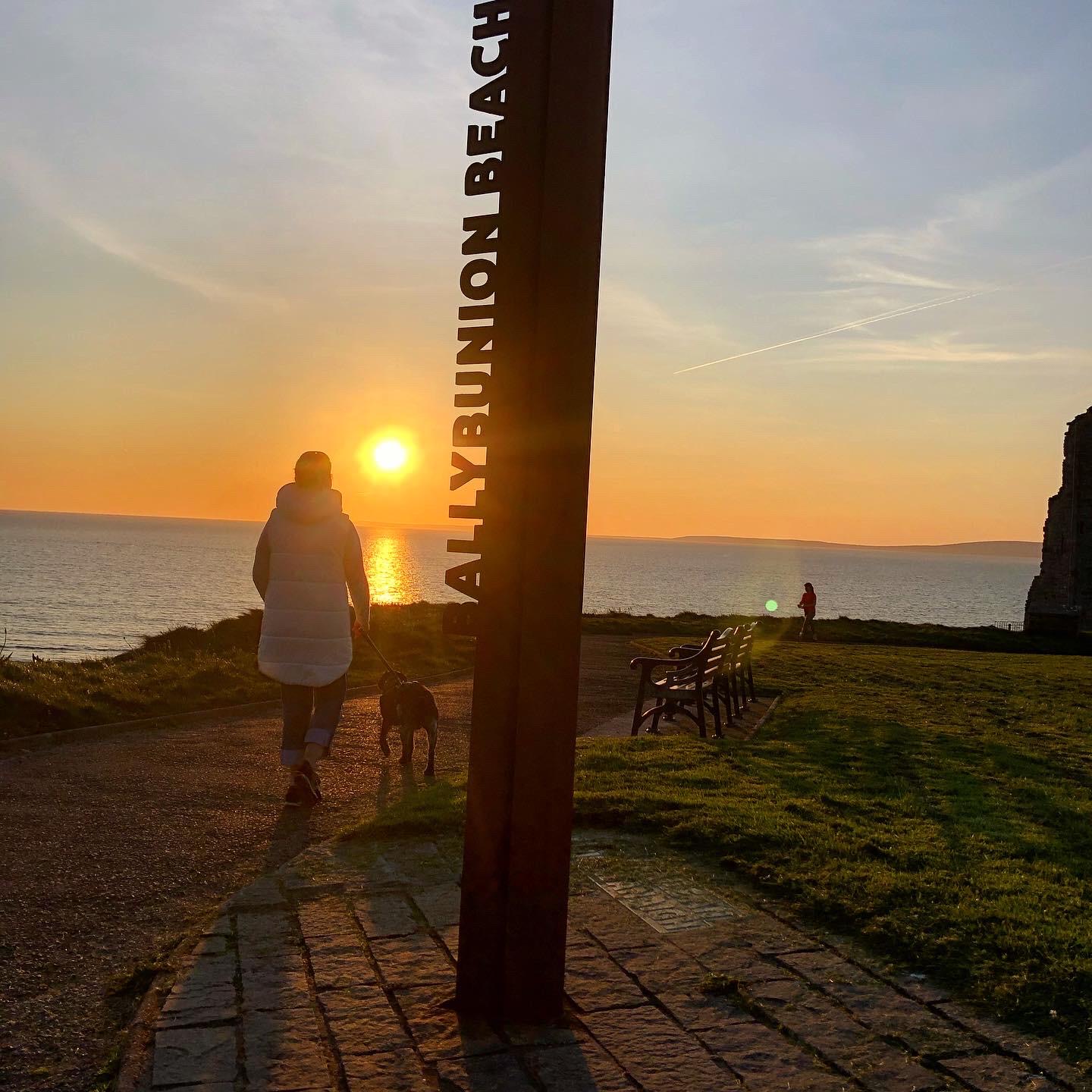 I miss the circus. Don’t you? 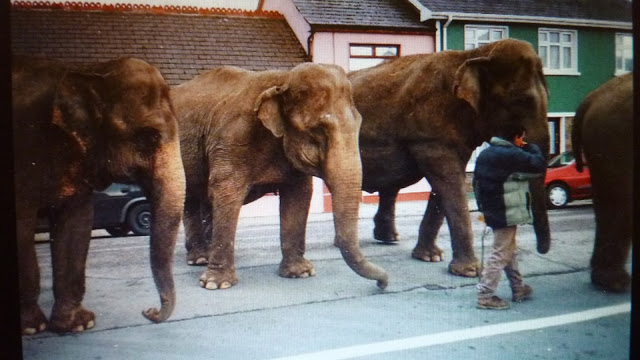 Circus elephants in Market Street….Photo by the late John Hannon

Its haul down the ropes, and let the tent rise
Like clockwork they know, each cog to prise
They heave and they haul ‘til the tent is full size
John Duffy, the circus is callin’
The brass band of old is pipe music new
Monkeys are scarce and the elephants few
The trapeze has nets and the safe rope has too
John Duffy, the circus is callin’
The circus, alas, is not that of old
The magic, the music, the laughs and the roars
See a child’s face when the sparkle’s gone cold
John Duffy will soon not be callin’

Listowel People Helped Soldiers at the front during World War 1

I found the following account on the internet. I presume it comes from a newspaper of the time.

The Committee of the Listowel Fund for the soldiers’ comforts met in the billiard room of the Listowel Arms Hotel on Tuesday evening, when Madame Dei Janasz, the very popular and energetic President, gave an account of the good work done, by the committee, and Mr. B. Johnston, the Hon. Secretary and Treasurer, put the financial aspect of the undertaking before the meeting in the shape of a statement of accounts which was highly satisfactory.

Madame do Janasz read her report as follows:—On the 6th October a meeting was called at Listowel at the instigation of Mrs de Janasz for the purpose of organising a collection of various articles, socks, shirts, mufflers, belts, etc., for sending to the soldiers at the front, in order in some  way to lessen the terrible privations and hardships they are exposed to during the winter campaign. The response to the appeal was very hearty, and the meeting, at which Canon Pattison presided, was attended by a considerable number of those who were invited to it. The meeting decided that the gifts should be sent to the Munster Fusiliers serving at the front, and chose the following committee for the purpose of carrying out the work: Mrs de Janasz, President; Mrs. Johnston, Mrs Jack McElligott, Mrs Little, Mrs. Foran, Miss Horgan, Miss Breen, Mr McKenna, Mr McAulay,  Mr de Janasz, Canon Pattison, Mr. Johnston, Hon, Sec. and Treas. Donations both in money and gifts were accepted, a good many being given and promised at the meeting. A list of monetary subscriptions up to date are set forth in detail in the balance sheet to be submitted by the Hon. Treasurer.  Subscriptions not appearing in balance sheet, £13 10s d  given by Mrs. de Janasz for wool and flannel for shirts and belts. Then followed a long list of those who sent donations of shirts, socks, belts, etc., including socks, knitted by the following from Kilmorna and the neighbourhood  gratuitously  from wool supplied Mrs  Wall, Mrs Murphy, Mrs. Lane, Mrs. Gould, Mrs Stack, Mrs Moore, Mrs. Carroll, Mrs. Midigan , Miss Lizzie Stack , Miss, Nell Kelliher, Miss Bridget Enright, Miss O’Connor , Mrs. Gaire, Kate Kelihan , Mrs. Hunt, Mrs. Leahy, Mrs. Sullivan, Hannah McElligott, Mrs. Sheehy, Johanna Dillon, Margaret McMahon, Bill Finucane, Mary Leahy, Mrs. Bowden, Miss Sheahan, Mrs. Ned Mulvihill and Mrs Norah Keane. Belts from—Mr and Mrs Little. Scarves—Mrs. Johnston, Mrs. Armstrong; Wristlets—Miss Clifford, Mrs Little, Mrs J McElligott. Cigarettes—Mrs. Little. Tobacco-Dr . O’Connor. Matches—Miss Horgan, Mrs de Janasz. Pipes—Mr. Johnston, Mr. Armstrong; Vaseline—Mr. and Mrs Leane, Mrs. Darling- Mrs. Knight-Pedlar, Mrs. Pierce.

Mr. Johnston, Hon Sec., then produced his balance sheet , from which appeared that the total sum subscribed was £84 4s 7d., including £22 I8s ld., collected by the ladies at the races, and there was a credit balance of £4 19s 8d., which was considered very satisfactory. The Chairman said he did not know if there was any necessity for the appointment of an Auditor.  Mr. Johnston—It would be  more satisfactory to me to have the accounts audited. Mr. McElligott consented to act as  Auditor

(Break, Note Mr Foran remarked that Mrs de Janasz was sister of George Gun Mahony and she has filled the void left by him, she was the main instigator of the meeting which sponsored and promoted subscriptions for the soldiers) 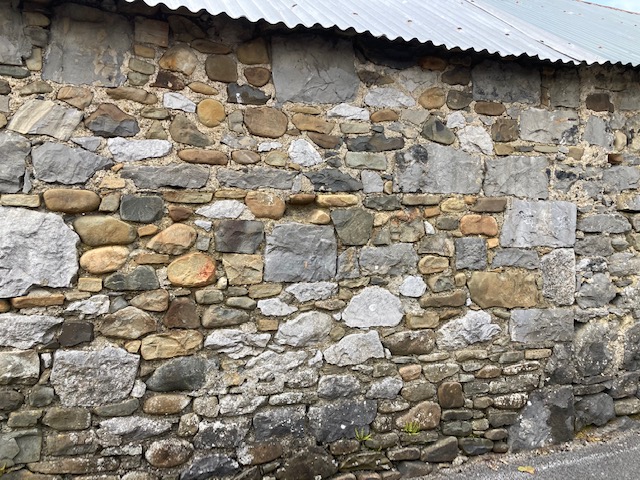 This beautiful stone wall is the back wall of a shed in a lane behind Charles Street. They dont build them like that any more.

Out and About with Camera 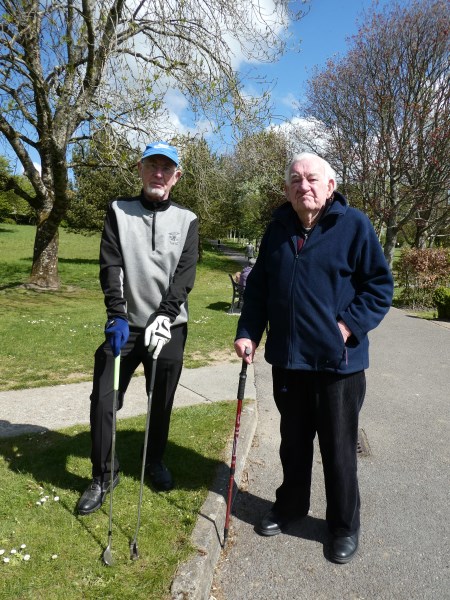 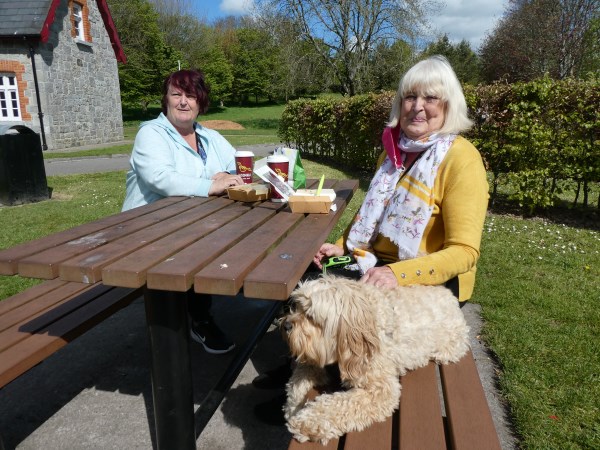 It’s such a treat to get to the park again and to see old friends. I’m enjoying my vaccine freedom.