Paudy MacAuliffe sent me this photo of his former classmates who reunited  and played a football game for old time’s sake. 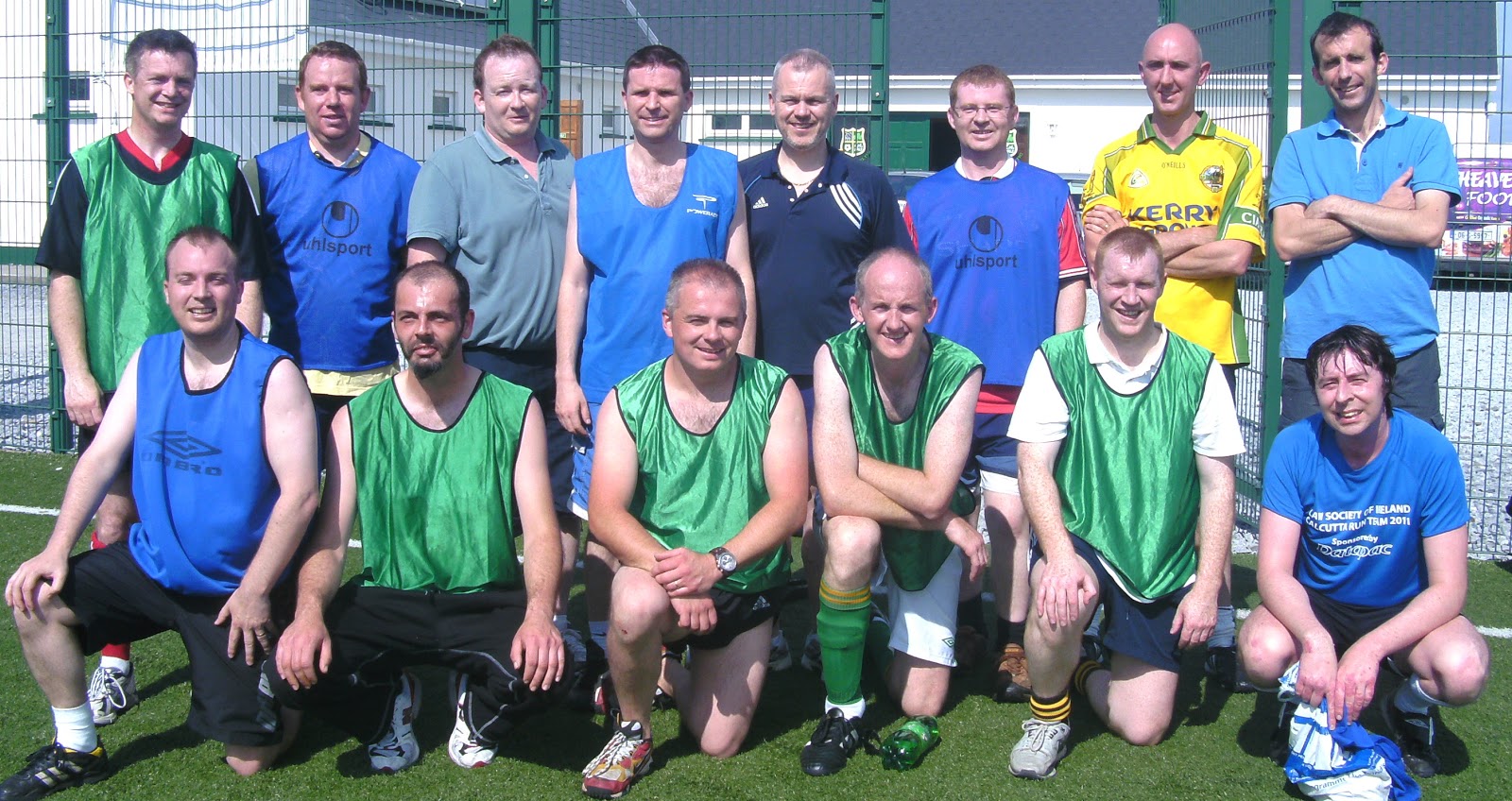 This achingly beautiful piece from one of my favourite writers was published in last Saturday’s Irish Times. It will resonate with anyone who has lost a partner.

Dermot Bolger is reading poems from this very very sad collection, The Venice Suite on Thought for the Day all this week on RTE1 in the mornings. These poems are intensely personal but strangely universal as well.

Where we are now

POEM: THIS IS THE CONCLUDING poem in a
sequence, The Venice Suite, that no poet would wish to write. Its memories are
unique to me, yet its voyage of loss is undertaken by thousands, sometimes with
huge support, like I was privileged to receive, but often in isolation.

In
2010, my wife, Bernie, collapsed while swimming with one of our sons. She had
no symptoms of ill health and no thoughts of death before death cruelly thought
of her. I was beside her when she died from an undiagnosed ruptured aneurysm on
a trolley in the Mater hospital in Dublin, still awaiting the doctor assigned
to her.

I was
numb with grief, and I have no recollection of writing poems. But, sorting
through drawers, 18 months on, I found multiple scraps of paper tucked away:
barely legible lines scribbled on envelopes that were not poems but notes left
to myself during the first dark year of mourning. Reshaping them into poems
allowed me to confront that initial grieving process and try to imagine myself
into the different life I now lead.

These
memories are unique to me, but their underlying emotions are not. Thousands of
people articulate the emotions expressed here with greater eloquence in the
silence of their hearts than I managed by reconstructing thoughts first
scribbled down on whatever scrap of paper came to hand.

Three
years have passed since a day of incessant snow

That
halted at midnight, when I ventured with our boys

Through
the unchained park gates opposite our house

Into a
white moonscape untainted by footstep or bird claw.

Squadrons
of swollen clouds impeded any moon or starlight,

Allowing
an eerie luminosity to emanate from the ground.

Each
everyday object transformed into a source of light.

The
ordinary made wondrous: rendered gleaming at midnight.

To share
in our witnessing of this miraculous spectacle,

But you
complained you were sleepy, snuggled down,

You
waved aside each entreaty as we begged you to come:

“Not
tonight,” you said, “not now, but I promise the next time.”

It
would cover your grave for weeks, leaving us shell-shocked,

Mutely
comforting each other as we mourned your absent radiance.

Two
years after your death I have finally built our extension,

With
six feet of balustraded decking, five steps above the garden.

Our
sons have converted it into an impromptu amphitheatre.

Tonight
its recessed lights are abetted by the colossal supermoon

That
occurs each twenty years, when its orbit is nearest the earth.

Guitars
and a mandolin have been brought out to accompany songs

Composed
by your sons and their friends, interspersed with old tunes

You
would love to hear, as lads pass around long-necked foreign beers.

We
three have known grief; have carried coffins thrice in two years,

But
tonight is serenely beautiful: this is where we are, in this moment

That
cannot be repeated. You’d love to sit here, but if you were in bed

I would
need to plead and coax you to get dressed and wander down,

With
you protesting: “Not tonight, not now, but I promise the next time.”

Next
time a supermoon occurs our sons will be forty and forty-one:

I may
be a pensioner of seventy-three or be long since deceased.

I don’t
know what or where I will be, I am robbed of all certainty,

Liberated
from trying to predict the future or shield you from it.

I know
only the single lesson we have been taught by your death:

There
is no next time; no moment will replicate the wonder of now.

I feel
you have moved on and I possess no desire to hold you back:

But,
just this once, don’t say “Not tonight, but I promise the next time”;

Don’t
argue or prevaricate, but let your ghost come and sit, unnoticed,

On the
wooden steps of this moonlit deck that throbs with song.

Be with
us, for the eternity of this supermoon, as guitars change hands:

See
what fine sons you blessed the world with; what good friends

They
have summoned around them with music and chilled beer.

Two
years on and this is where we are: mourning you deeply still,

Yet
moving on, as we must move on: our eldest finished his degree,

Our
youngest immersed in college life, their dad in a battered hat

Joining
the gathering briefly to sit and share shots of Jägermeister.

We
don’t know where you are, but we are finding ourselves again.

I don’t
know if ghosts exist or just a welcoming emptiness awaits:

All I
know is that, if you were here, dragged protesting from bed,

You
would love to hear these songs, these subtle guitar riffs.

So,
whether your ghost sits here or not, I want you to know we are okay

As I
call you back to be with us one last time and then let you depart.

The
Venice Suite is published by New Island 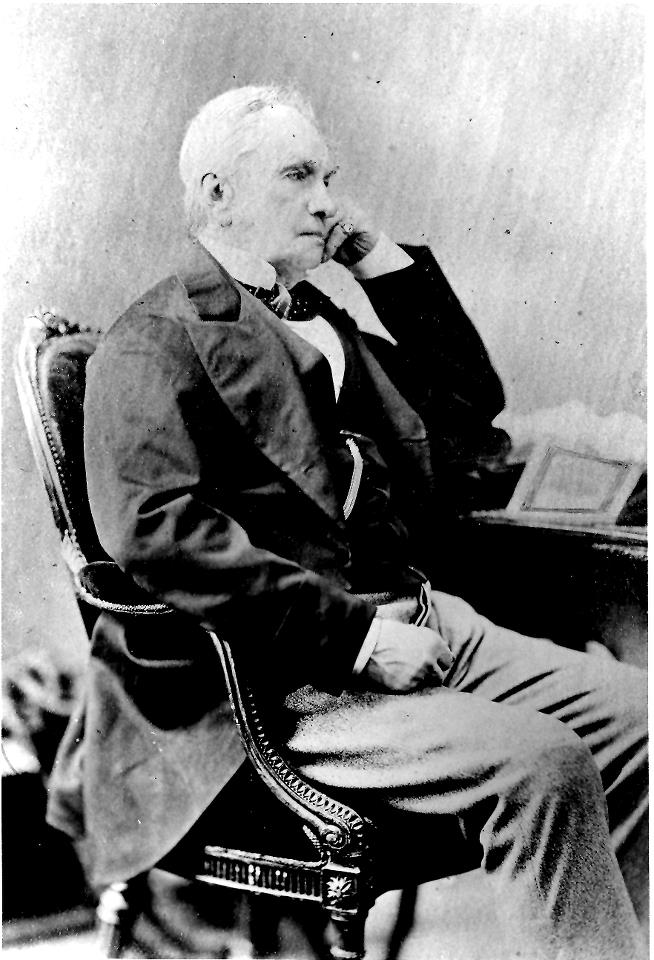 This is a photo of Richard Griffith (1784-1878). He was one of
the engineers involved in mapping the bogs of Ireland from 1809 to 1813. He was
a remarkable man, he surveyed 80,000 hectares of lowland bog and 100,000 hectares
of mountain bog in detail during 1,300 days of intensive field work spread over
the five years from 1809 to 1813. The maps were drawn up at a scale of four
inches to the mile and were the most accurate maps yet produced for such a
large area.

Bord na Móna has digitised the maps from The Bog Commissioners
Reports of 1809 – 1814. The reports are the most valuable single work on
Ireland’s bogs and are an essential starting point for local bog studies today.
They cover, in detail: 1,013,358 acres of bog and contain a wealth of detailed
information on reclamation practices in different parts of the country in the
early 19th century.

The maps are here;

Plans to redevelop Ballybunion Church have been given the go ahead in part by An Bord Pleanala. St Brendan’s Diocesan Trust had planned to carry out renovations and extensions; a new entrance; landscaping; as well as ancillary works at the church, which is a protected structure. St John’s Church Ballybunion is the work of Irish Architect George Ashlin. Church building work began in 1894 and the building was dedicated on August 6th 1897. Kerry County Council originally granted planning permission to St Brendan’s Diocesan Trust for the works. However An Taisce lodged an appeal saying some of the plans may have a negative impact on the architectural quality of the protected structure. The plans include rearranging the altar rails and the baptismal font, extending the sacristy and installing underfloor heating. An Bord Pleanala has granted overall permission, but the removal of the altar rails and extension of the sacristy will not be allowed.

A quarter of road accidents so far in Kerry this year involved a person over the age of 60. That’s according to the Kerry Garda division which has launched a new road safety campaign aimed at older drivers.

Traditionally road safety campaigns have been aimed at younger motorists. Now Gardai are asking older drivers to take account of their age when they consider their driving ability.

Inspector Donal Ashe is from the Kerry Garda traffic corps. He says this campaign is not about targeting older motorists, but supporting them.