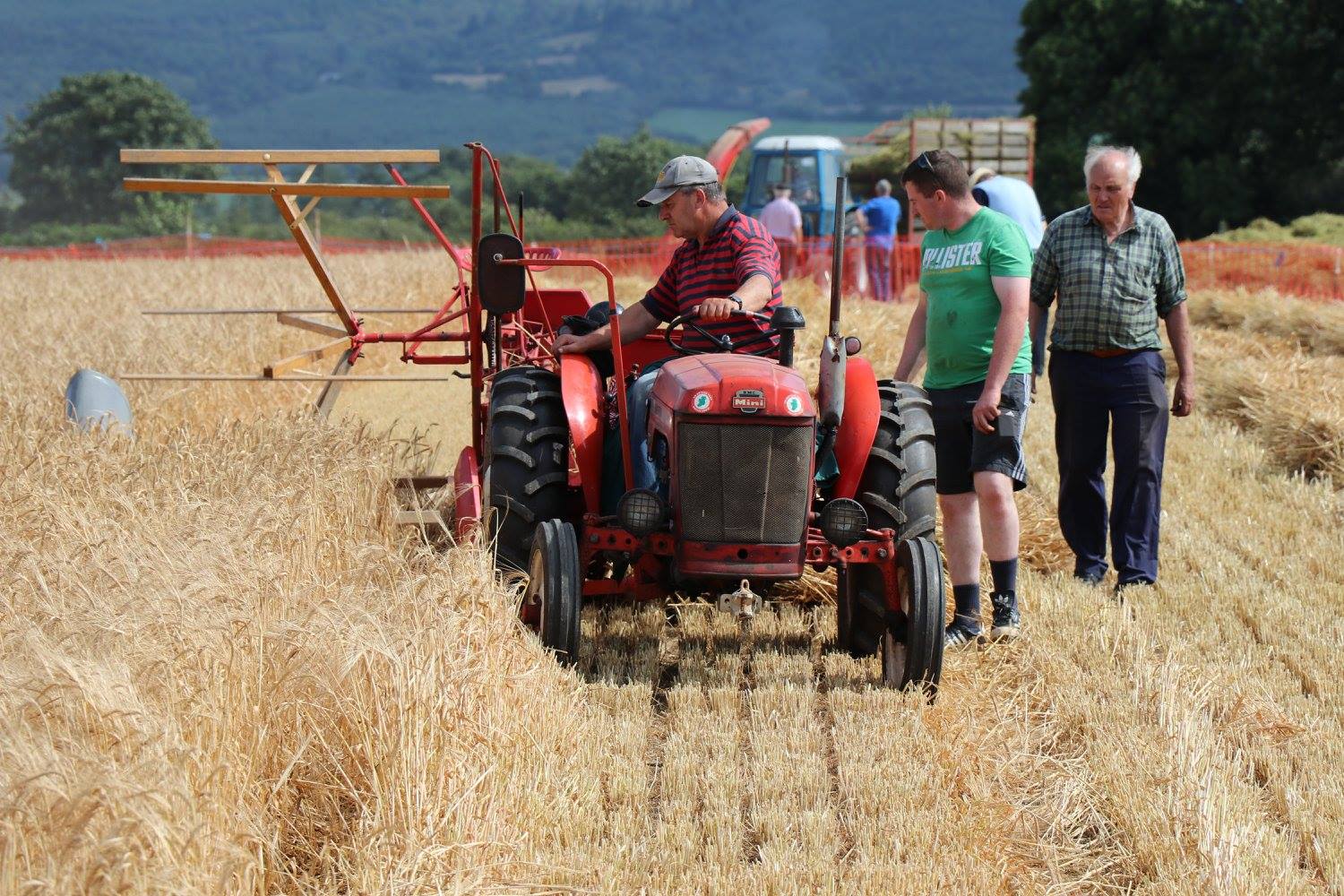 Closing of the ESB shop 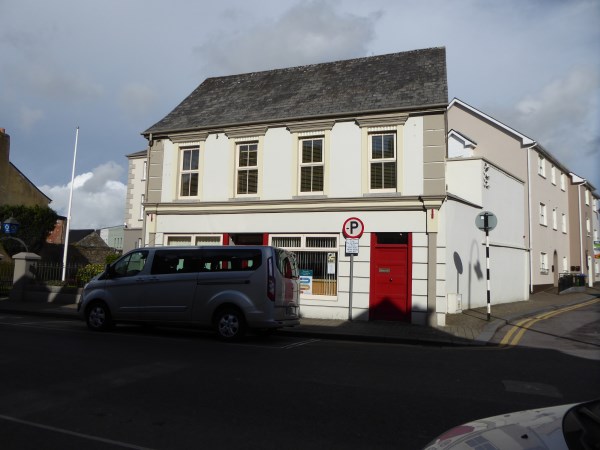 This building once housed the ESB shop.

As it was closing down, Johnny Hannon took some last photographs. Mike Hannon gave them to me to share. 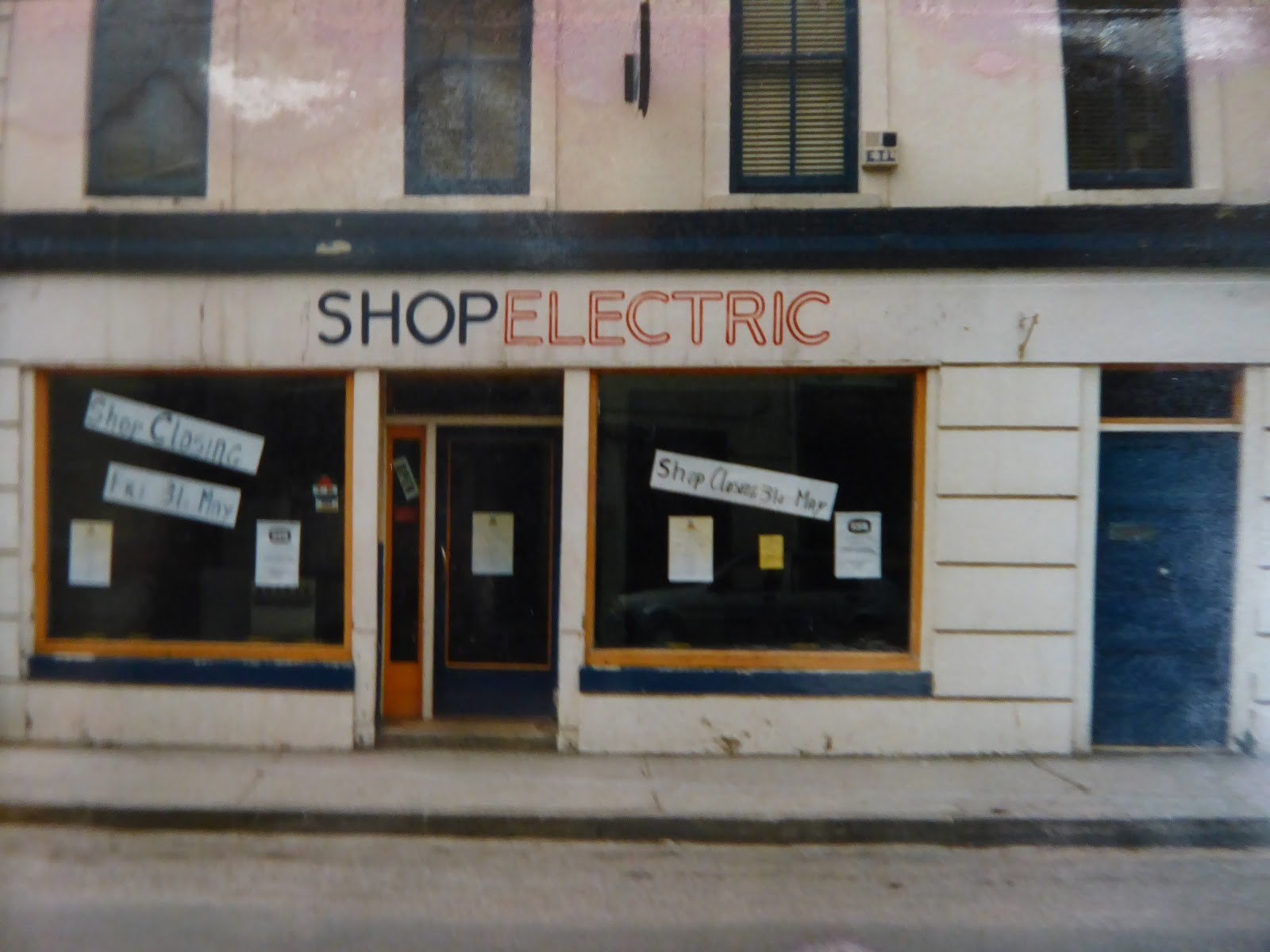 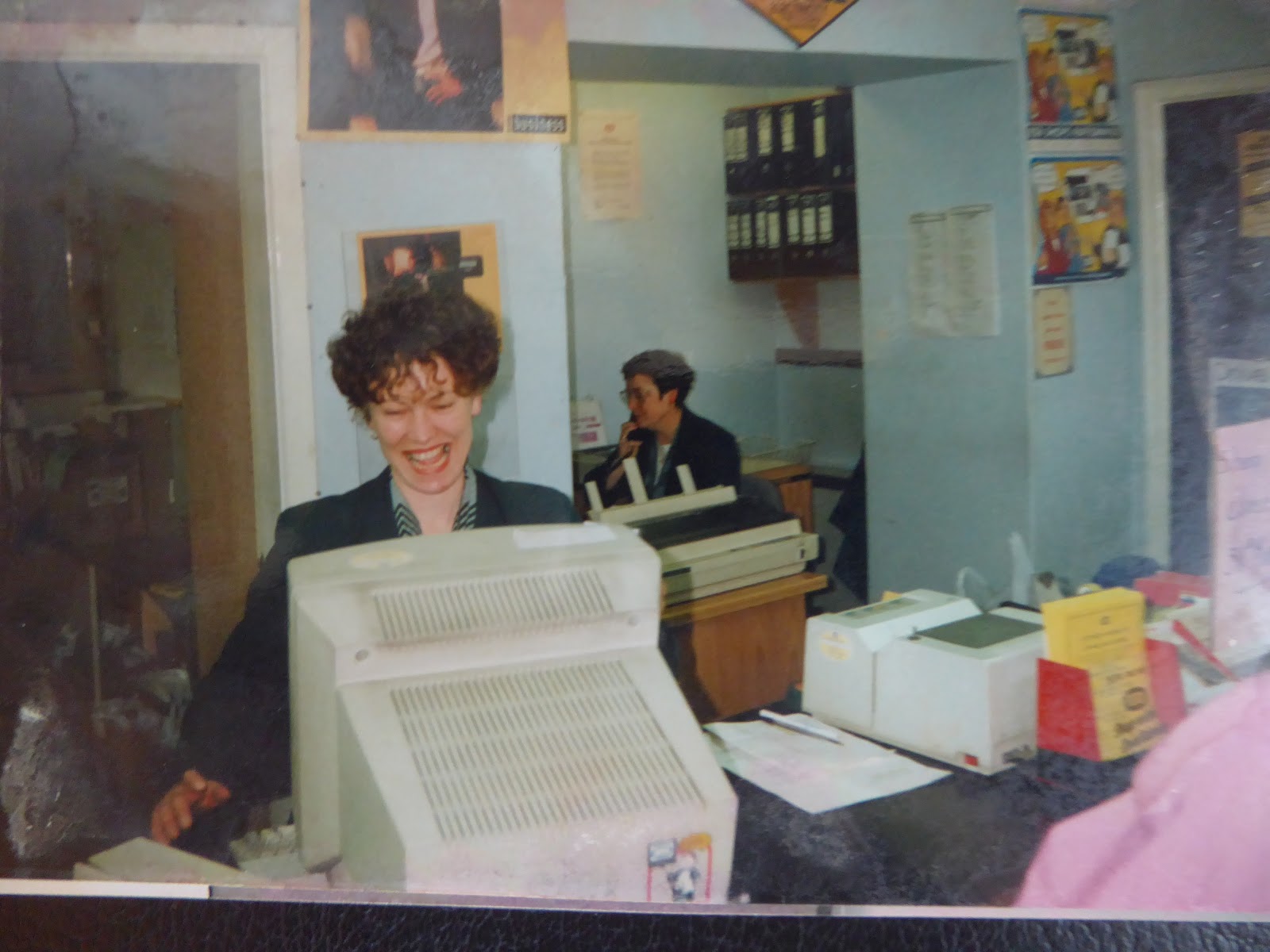 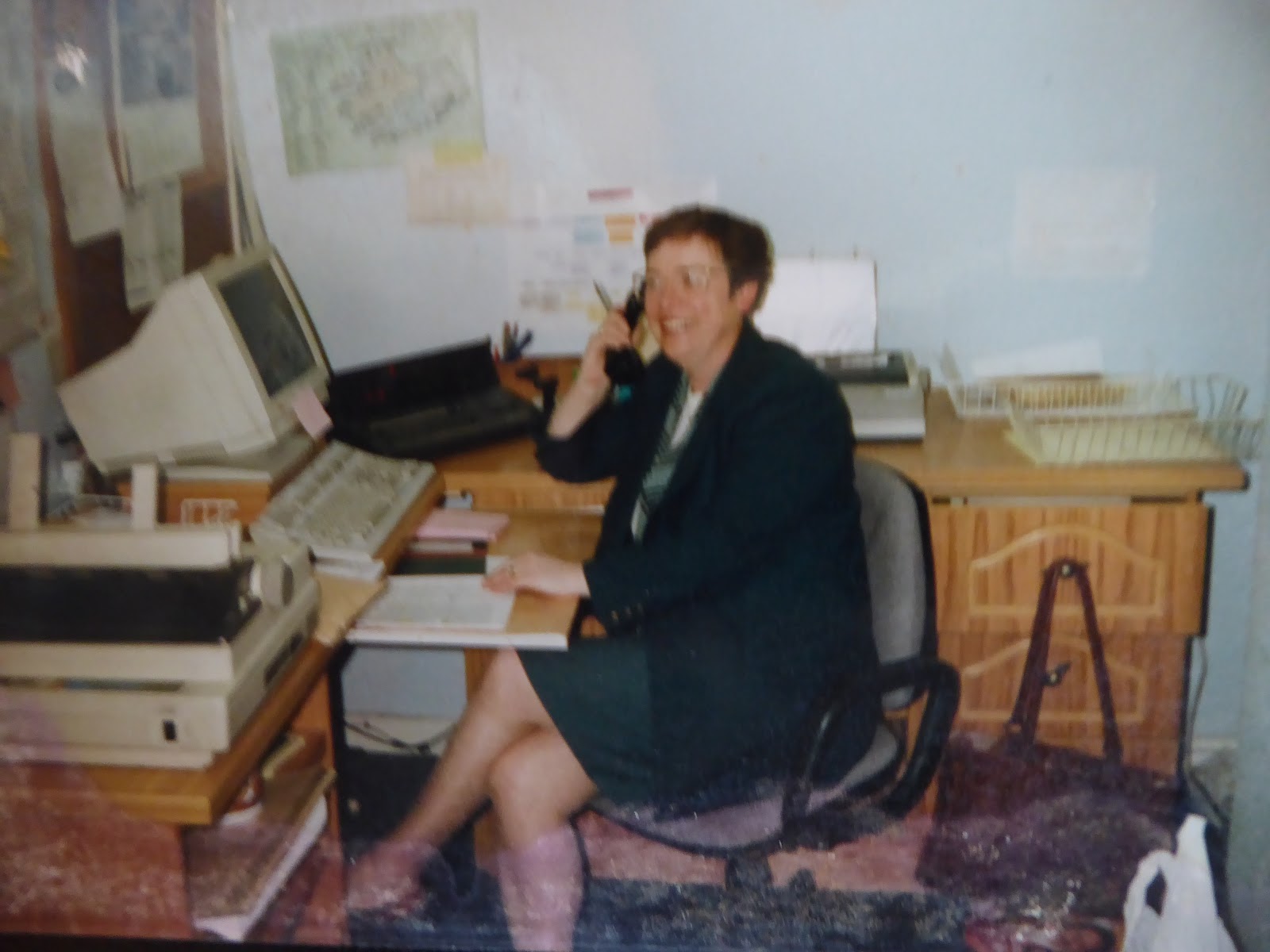 The Council of Dirha by John B. Keane   (conclusion)

……..Billy Drury opened
the proceedings with a story explaining at the outset that it was to be taken
in lieu of his conclusions on the subject in question. I now propose to explore
the Drury paradigm in its fullest.

Some years earlier
he had worked with a farmer to the north of Listowel. In a croteen at the lee
of the house there was a prime pig fattening. When the time was ripe one of the
children of the house was dispatched to the house of the local pig butcher.
Duly the pig was killed and butchered and the meat salted and barreled, the pork
steak cut away and the blood readied for the filling of the puddings. The last
chore was always undertaken by the women of the house. Eventually all the
puddings were filled, boiled and placed in tall tiers so that they might cool. When
they were sufficiently cooled, the man of the house, without a word to anyone,
produced the frying pan, greased it with lard and placed it on the red hot
Stanley range which dominated the kitchen. He then went to the tiers of puddings
and withdrew a substantial ring for himself.

“Will you sample
one of these?’ he asked Drury

“I’m your man.”
Drury responded. The man of the house placed both puddings on the pan where
they set up a sibilant sizzling. This was followed by a heavenly smell as the
puddings started to cook. Both men sat happily by the range while the fat spat
and the puddings crackled. Then came the unexpected. Down from the bedroom in
her long flowing nightdress came the woman of the house. First she looked at
the pair by the range and then she looked at the pan.

When neither
answered her she pointed out it was Friday and is wither one partook of the
puddings he would be risking eternal damnation. Both men shuffled uneasily in
their seats. The man of the house rose but Drury stayed put. The man of the
house preceded his woman to the bedroom casting a cold look at the frying pan
and an even colder one at Drury. To make a long story short, Drury consumed both
puddings in their entirety.

The hobside
theologians digested the Drury story and cogitated on its many implications
while they filled or relighted their pipes. Finally a man from Affoulia spoke
up.

“You committed a
mortal sin,” he said, “and that’s the long and short of it.”

Others disagreed
and for a while the argument ranged back and forth. It was Drury however who
had the last word.

“I was a witness,”
said he, “t o the filling of the puddings.’ The blood was salted. Common oatmeal
and macerated onions was all that was added. If a sin was committed it was a
venial one and a very watery venial one at that. If, continues Drury “ the
puddings were filled by Mary Flaherty and I was after guzzling two of them then
it would be a mortal sin for Mary Flaherty’s puddings are stuffed with every
known groodle from spice to pinhead oatmeal.

At this stage there were murmurs of approval
from the council. Mary Flaherty’s puddings were known and prized from the
Cashen to Carrickkerry.

Drury was quick to
press home his point. He listed the numerous ingredients of the Flaherty
pudding from the chopped liver of the pig itself to her minutely gartered
gristle. He pointed pout that the two puddings he eaten on that Friday in the
farmer’s house were not legitimate puddings and by no stretch of the
imagination could they expect to qualify as whole or legal puddings under the
act. Drury went on to state that one of Mary Flaherty’s puddings was a meal in
itself and thereby contributed to a breaking of the law laid down by the
Council of Trent.

The council re
lighted its pipes and cleared its throats. In the end it held that Drury had
done no wrong. Had the puddings in question been up to the Flaherty standard
there would be no doubting his guilt. The puddings were inferior and therefore
incapable of contributing to a sinful situation.

The conclusions of
The Council of Dirha were accepted locally until 1966 when Pope Paul’s
promulgation changed everything.

A Chess Player with a Listowel Connection 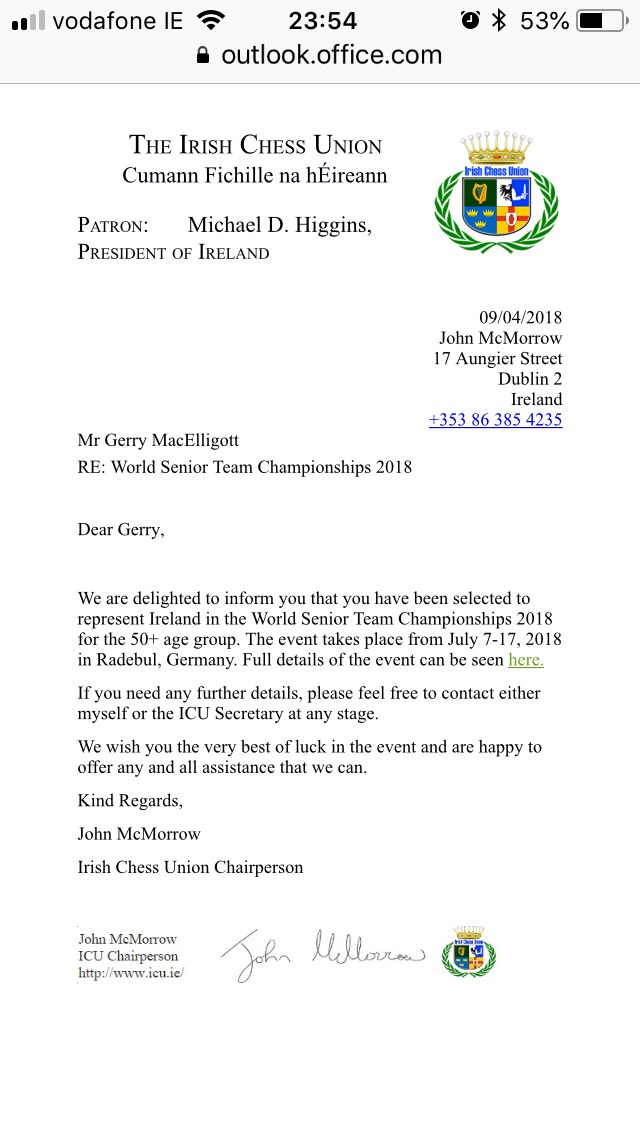 Both of this man’s parents hail from Listowel, or so I’m told.

The Voice of Home for thousands of Emigrants 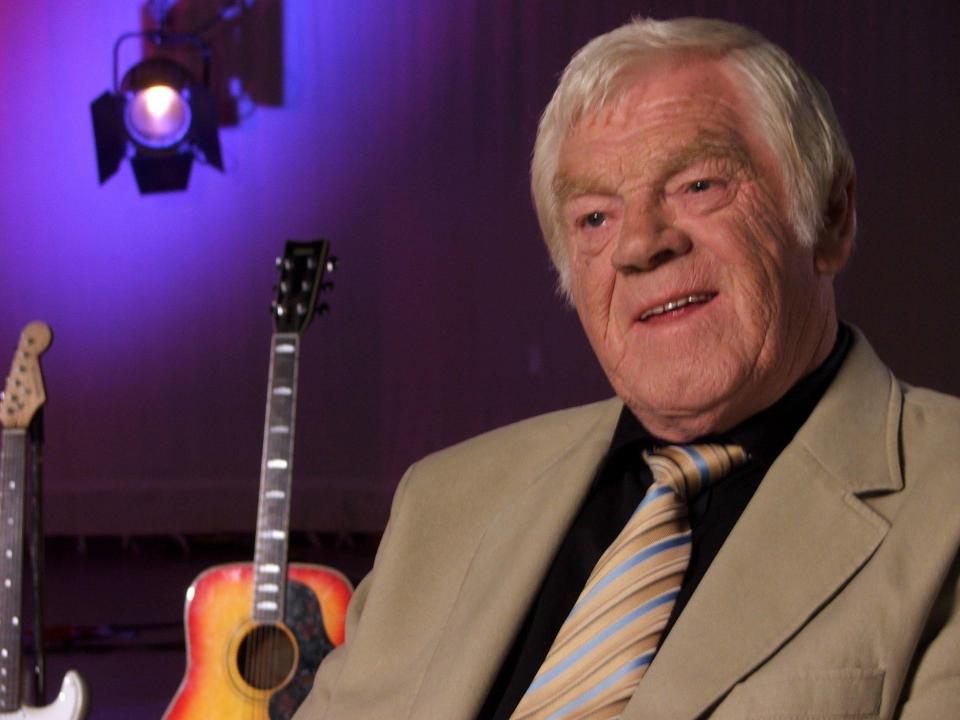 Big Tom McBride who died yesterday holds the record for the biggest crowd ever in The Galtymore. People who had never been to Glenamaddy cried at his Four Roads and Gentle Mother and thought of home.

I have never had to emigrate but I can feel the exile’s pain in Tom’s songs.

Here is a poem from another man who well caught the longing for home of the  culchie.

We borrowed a loan of Kerr’s Big Ass

To go to Dundalk with butter,

Brought him home the evening before the market

An exile that night in Mucker.

We heeled up the cart before the door,

We took the harness inside-

With bits of bull wire tied;

The winkers that had no choke- band,

The collar and the reins….

I name their several names

Until a world comes to life-

And God of imagination waking

in a Mucker fog.

Listowel Celtic, The Case of the Black Pudding and will the next US ambassador be a Corkman?