Clounmacon, a brush dance and times of last mail collection in Listowel

The following is from an old commemorative journal published to celebrate the opening of the GAA sports field in Clounmacon, near Listowel

Arguably
the first time I heard of Clounmacon was when they won the North Kerry Senior
Football Championship in Tarbert in 1954. Footballers to me in my youth were
gods and duly took their place in my youthful pantheon when they were
celebrated in Dan Keane’s famous ballad, “Ball, Battle and Bucket”. Football and
poetry ..the poetry of football  ..the
football of poetry   .. Clounmacon.

The years
went by and I qualified as a National Teacher in 1972. I took my first
teaching  post in Avoca. Co. Wicklow.
Another poetic (and local) connection: Thomas Moore’s famous “meeting of the
waters” is in Avoca where the Avonmore and Avenbeg  rivers meet to flow together to the Irish Sea
at Arklow, a few miles distant. Thomas Moore’s father, John Moore, is reputed to
have hailed from the banks of the Annamoy in Clounbrane, Moyvane, and to have
been educated at John Lynn’s hedge school at Trien, Knockanure about 1750. From
Avoca I came south to Limerick City in 1974 where I taught for a year in
Caherdavin. And, in 1975, the year Dwyer’s Babes won their first All-Ireland, I
was appointed assistant teacher in Moyvane N.S.

I duly
began to involve myself in the community – training under-age football teams,
being a selector for the senior team, becoming chairman of Knockanure
Comhaltas, involving myself in local development etc. All that was in the
Moyvane/Knockanure parish.

Then one
day an invitation came to attend a rehearsal for a John B. Keane one act
play(its title now eludes me) to be performed in Clounmacon. We were to meet at
Toddy and Maureen O’Sullivan’s and to proceed from there to Clounmacon N.S., the
Community Centre for rehearsal. Margery Long was to produce. Having assembled
and having been assigned our various roles, we met regularly thereafter for
rehearsal.

Jackie
Carmody of Listowel had the major role of the tramp in the play – and a very
good tramp he made! However, on the eve of the first performance, he fell ill.
Consternation. What were we to do? Who would (and could) fill in at such short
notice? Liam Hanrahan of Kilbaha, of course. The redoubtable Liam, a seasoned
Thespian, agreed at once and, in a Herculean feat of  memorization, had the part off on the night.

One
incident from that play sticks in my memory. Liam Hanrahan’s character dies on
stage and had to be borne off in great solemnity by my character and another –
played by Liam Keane of Gale Bridge, Clounprohus (I’m almost certain). Liam
Hanrahan, a fine sturdy specimen, duly ‘died’. The solemn moment of his removal
arrived. Tragedy turned to comedy as Liam Keane and I, two scrawny striplings,
caught him by the arms and legs and staggered gingerly across the stage barely
able to make the wings! Still, the play went down well and I had acquitted
myself competently in my first adult stage role.

After that
we had many concerts and Irish nights in Clounmacon. I remember them with
affection, driving to Clounmacon School, meeting old friends, singing and
playing till morning. Those were the days! I cut my teeth as a performer in
places like Clounmacon Community Centre. For which I am truly grateful. 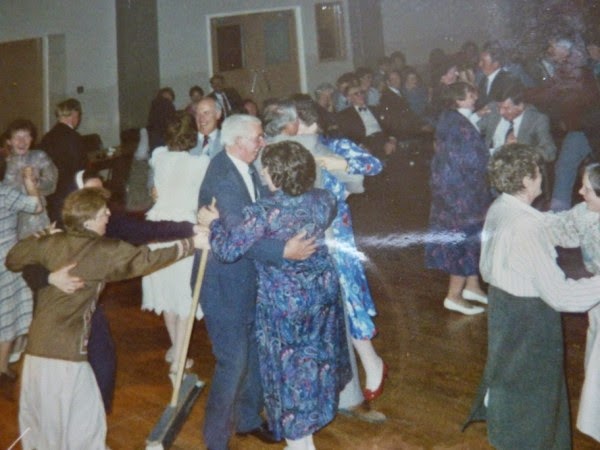 The Brush Dance at a Parents’ Dance in Pres. Secondary School, Listowel in the seventies. Innocent fun! 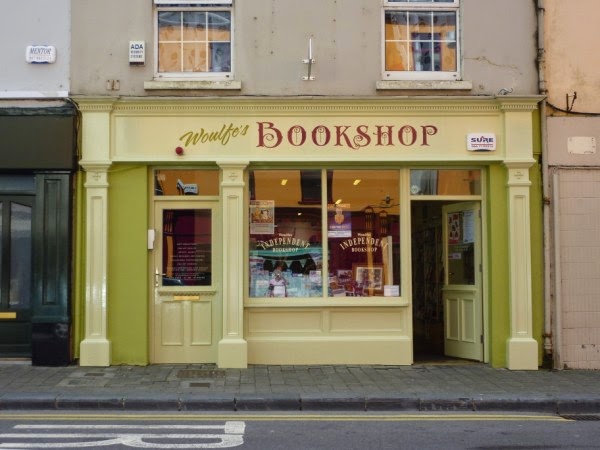 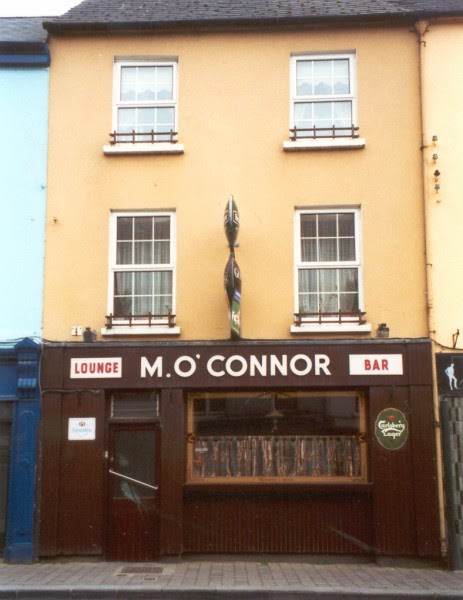 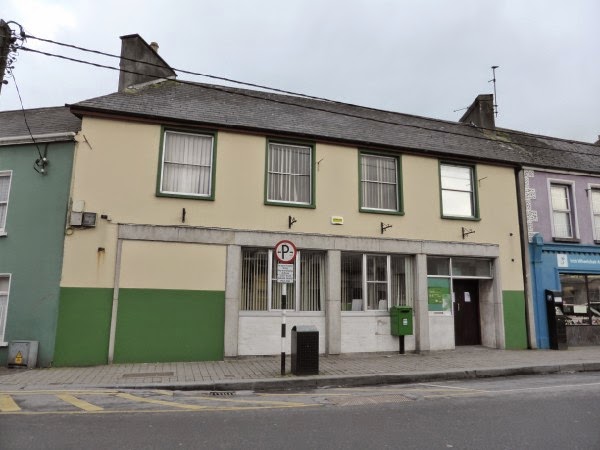 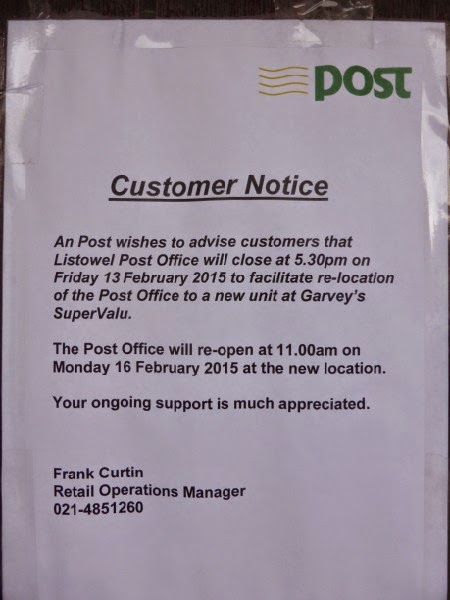 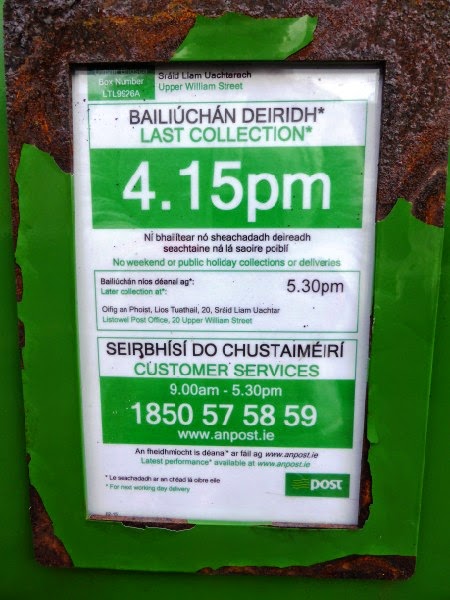 The collection time for mail posted at the old post office is 4.15p.m. 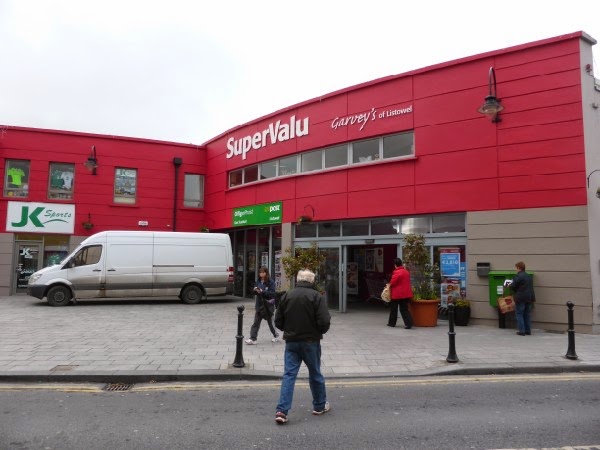 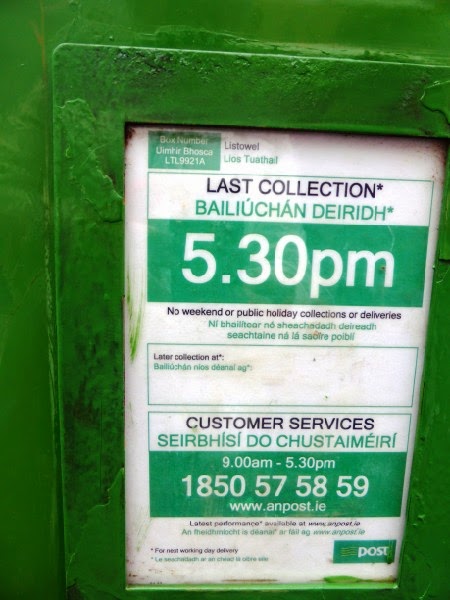 At the new post office, mail will be collected at 5.30

Thought for the Day

If your lips would keep from slips, five things observe with care;