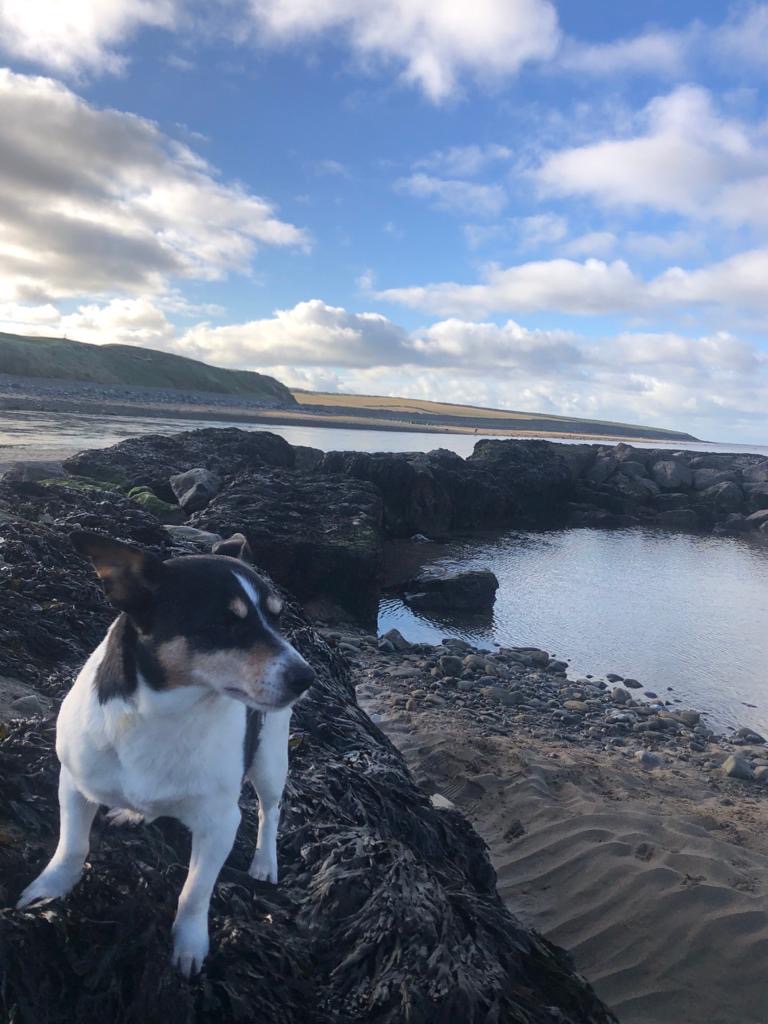 Today I have for you some more of Dick Carmody’s account of Irish words in everyday use in the Clounmacon of his childhood. They will bring back fond memories to many people. Some of these words are still in use here. Maybe we should all make an effort to keep some of these gems in use. If we don’t use them we’ll lose them.

Often sighs and exclamations such as muise, ochón and fada- fada, rather than conversation, conveyed a person’s true feelings and emotions.  If someone had a great meas for somebody else, it meant they held them in high esteem and deserving of respect.  A generous person would be described as flaithiúlach while somebody’s flattery might be dismissed as mere plámás. A bladairer would describe someone prone to nonsensical talk. Ochón would often be uttered on feeling or hearing of a great tragedy, while h’anam on diabhail was an exclamation used in similar situations or to guard against impending danger or bad news.

Many superstitions existed in the community and piseógs, such as placing of eggs or glugars in a neighbour’s crop to bring them bad luck, was not unheard of. In our youth we often listened to our elders talk about the curse and cry of the bean sí as a foreboding or sign of impending tragedy.

On a more positive note, local people gathered together as a meitheal to help each other out with a range of farm chores and this generous practice was known locally as comharing. Farmers in their endeavour to maximise grazing returns would seek to limit the spread of feileastrams or geosadáns and to comply with the legal requirement to eliminate the poisonous yellow buachalán weed from fields and meadows. Fionnán together with heather and bog cotton added to the beauty of the bogland, though sitting around on either for too long could result in a sore and embarrassing infestation by sciortáns. Having laboured with sleán and pike to provide a year-round supply of turf, every effort would be made to prevent any of the valuable fuel from becoming spairt through lack of proper saving or storage in poor weather conditions. Cipíns alone, gathered from hedges and ditches along boithríns, would not suffice to keep a family warm, especially if the cold dry wind of the scairbhín arrived as late as early May.

A farmer could be seen in the depths of winter carrying bearts of hay tied with ropes over his shoulder to cattle still out in the fields. He might hold a single sop of hay between his teeth as he contemplated the day’s weather prospects or feed a sop, as a small bundle of hay, to cattle in response to their hungry bellowing. Gabháls of hay were fed to housed farm animals while gabháls of turf were carried in to keep open fires and ranges fuelled up.  Small caoráns or claids of turf were ideal to get the fires started. 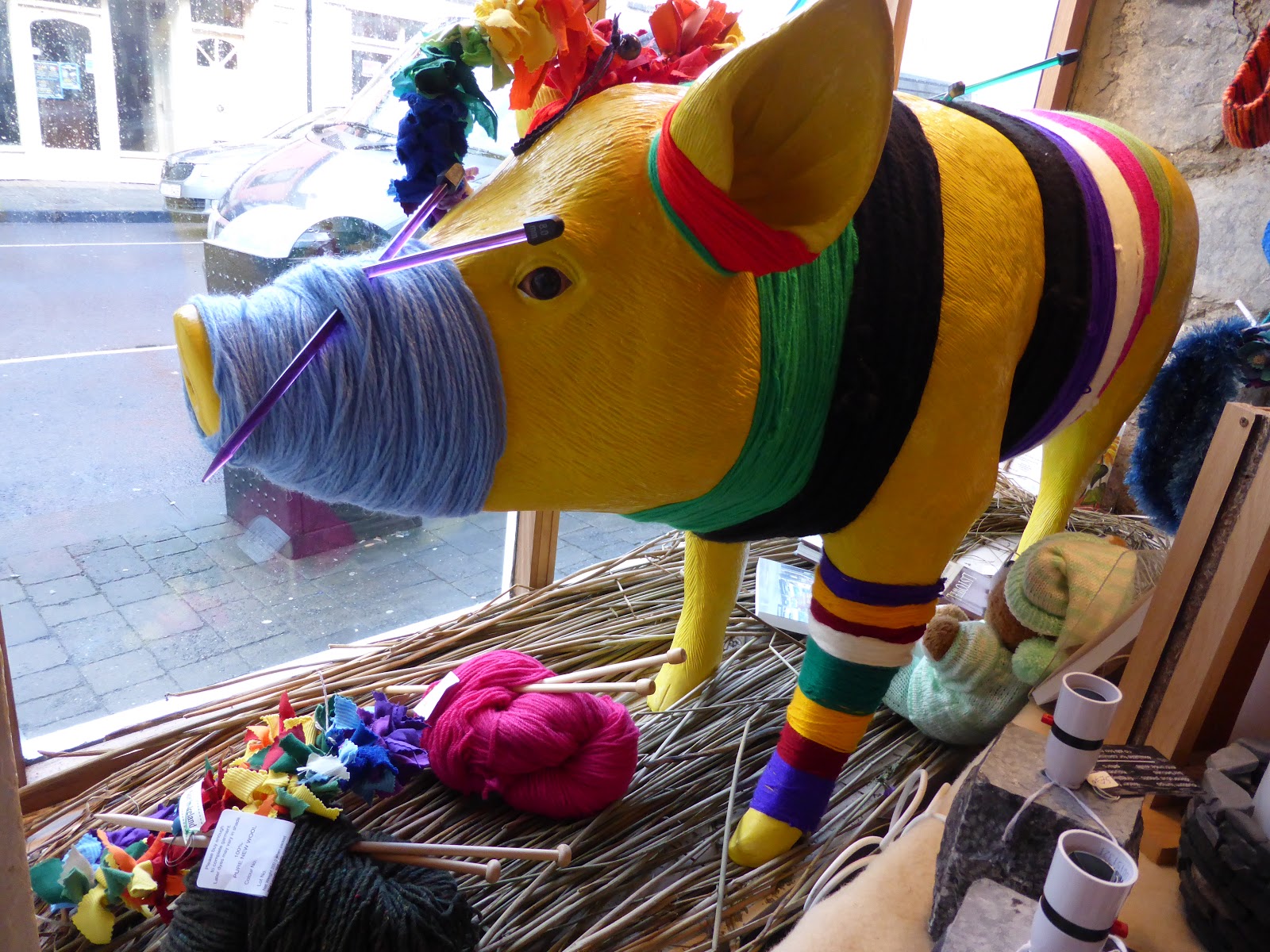 We held a competition to name the pig mascot which used to adorn the window of Craftshop na Méar. The name which won was Crubeen. The name was submitted by the late Dan Green.

Would you know a Newt? 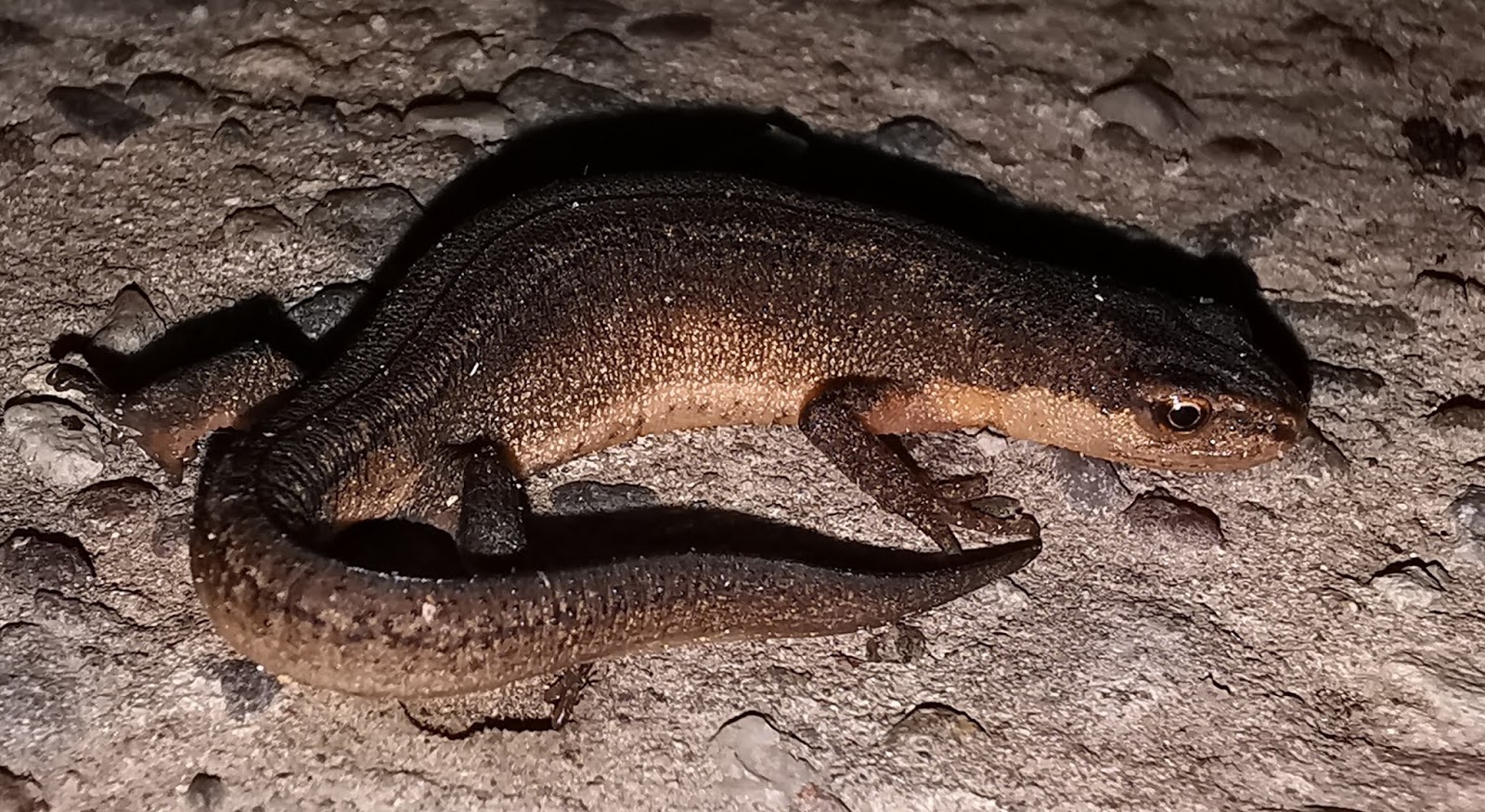 I wouldn’t know a newt if one came up and bit me. This is a highly unlikely occurrence.

Paddy Fitzgibbon encountered this one in Dromin last week and he got a photo.

I had to content myself with looking him up in Wikipedia.

The Smooth or Common newt is Ireland’s only tailed amphibian. Although a native member of our fauna, it is rarely seen and relatively under-recorded. … Newts spend up to four months of the year in water. The male has large black belly spots, whereas the female has a speckled belly.