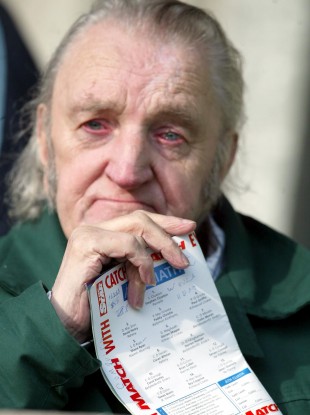 Bheadh Con Houlihan molta dá mbeinn i mo thost. But I will add here my  inadequate tribute to the great man.

All of the tributes to Con Houlihan extol him as a sports journalist, many calling him “the greatest sportsjournalist of them all”.  As Con said of another “He walked in mean fields without being mean himself.” The world of sports journalism is a mean field with which I am not very familiar .

I loved Con as an essayist, for in the field of essay writing he had few equals. He was a superb craftsman, possessing all the skills of the great essayists. He peppered his essays with humour, self revealing anecdotes and sporting, classical and popular allusions. He was the master of the apt and well conceived comparison. Above all he was a teacher. Everytime I read one of his essays I came away entertained and educated. Con was a stickler for punctuation and grammar. He did not have his tongue too far into his cheek when he declared that “the man who misplaces an apostrophe is capable of anything.” He never embraced technology, writing everything in longhand.

Had Con been born a few years later he would have made a great blogger. I learned a lot  about what I do here from Con Houlihan. I would count myself rich with half his skill.

Con Houlihan is destined to be one of the last great print journalists.

Journalists and bloggers write about Con at their peril.

” Biographers are a bold breed; they need to be. When you set out to explore someone’s life, you are venturing into territory where some of the signposts are meant to mislead, blessed is he who hasn’t experienced humiliation he wished to remain hidden.

Writers are probably the most difficult subjects of all: they tend to dramatize themselves and do not consistently subscribe to the belief that  truth is stranger than fiction.”

I will take the risk of delving into an aspect of Con Houlihan that is not always acknowledged by his biographers. Con was a consummate connoisseur of Art and he was marvellously knowledgeable about  great artists.

This is from The Evening Press in 1985. (abridged)

” It was the morning after  The Republic of Ireland’s clash with Switzerland. Did I say “clash”? They met with all the force of two pillows colliding.

After a none too hearty breakfast I went for a walk, by the river of course.

Patrick Kavanagh was right about water: it is the best psychiatrist in the world.”….

Con headed for the art gallery in Berne. Listen to some of his descriptions of painters whose work hung there.

Albert Anker is “the homeliest of painters.” ” His still lifes are the quintessence of domesticity.

The bread and ale are eminently eatable and drinkable.

I was glad to meet this stranger and deemed the experience to have made my day.

Little, as the man said, did I know that the best was yet to be.

I wandered into another room and came face to face with Paul Cézanne….”

There is only one Cézanne in the Berne gallery.

” It is a self portrait in which he is wearing a kind of flat cap.

It is an almost savage portrayal of loneliness, the loneliness of one who cannot find his place in the world.

Cézanne was unsentimental to a fault; he had no illusions about the romance of art.

And by the time he painted the portrait he had few illusions left about life….”

Con goes on to show his great knowledge of Cézanne, Zola, Van Goth, Degas, Courbet, Renoir and other lesser known artists he encountered in Berne.

He concludes his essay thus;

“You will hear various explanations of the cave paintings- but when our ancestors depicted certain animals, I suspect that they were striving to “capture’ them. To capture in this sense means to make an image of something in the hope of diminishing its power over you.

That, of course, is only one aspect of art. Albert Anker painted his Swiss scenes because they delighted him”

And they delighted Con too.

Jer sends us this video of lots of yesterday’s activities in, the dog show, craft fair, antiques fair, Duagh church grounds and the beautiful singing of the Moyvane Church Choir. 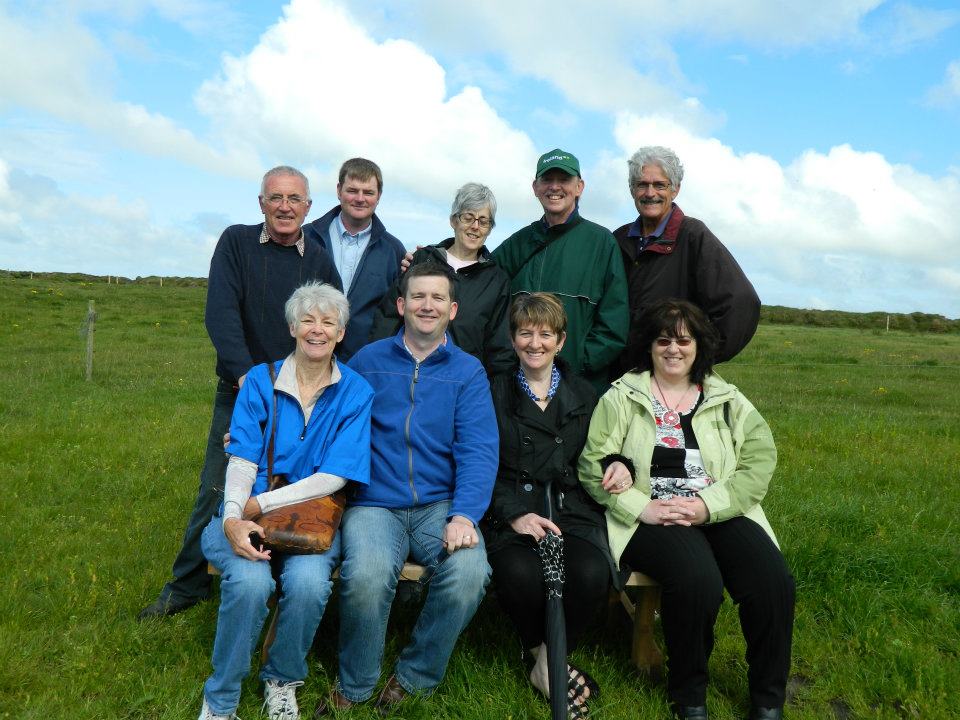