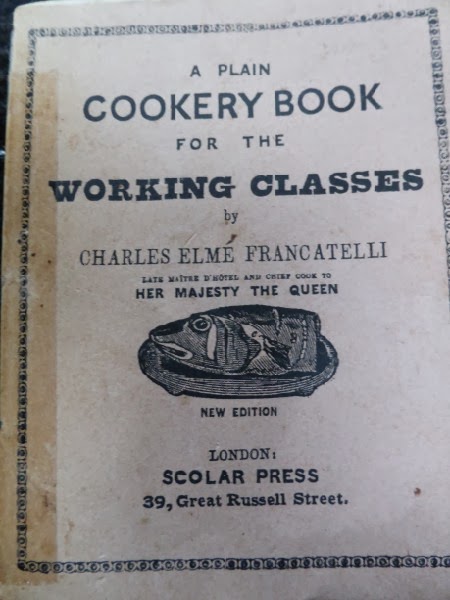 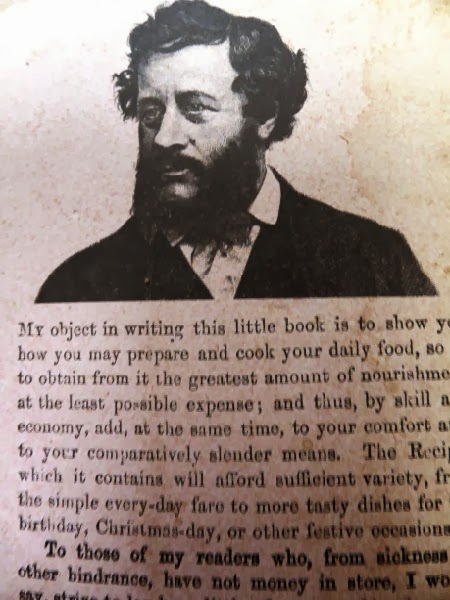 In his travels recently, my friend, Eddie Moylan came across this little booklet. He knew that I would love it. He was right.

Here is the introduction:

A Plain cookery book
for the working classes

My object in writing this little book is to show you how you may prepare and cook your daily food,
so as to obtain from it the greatest amount of nourishment at the least
possible expense; and thus, by skill and economy add, at the same time, to your
comfort and to your comparatively slender means. The recipes which it contains
will afford sufficient variety, from the simple everyday fare to more tasty
dishes for the birthday, Christmas day or other festive occasions.

In order to carry out my instructions properly, a few
utensils will be necessary. Industry, good health and constant employment,
have, in many instances, I trust, enabled those whom I now address to lay by a
little sum of money. A portion of this will be well spent in the purchase of
the following articles:- A cooking-stove with an oven plasced at the side or
under the grate, which should be so planned as to admit of the fire being
opened or closed at will; by this contrivance much heat and fuel are economized; there should also be a boiler at
the back of the grate…. Such poor men’s cooking stoves  exist, on a large scale, in all modern built
lodging houses. Also a three gallon iron pot with a lid on it, a one gallon
saucepan, a two quart ditto, a frying pan, a gridiron and a strong tin baking
dish…..

And her his one of the recipes 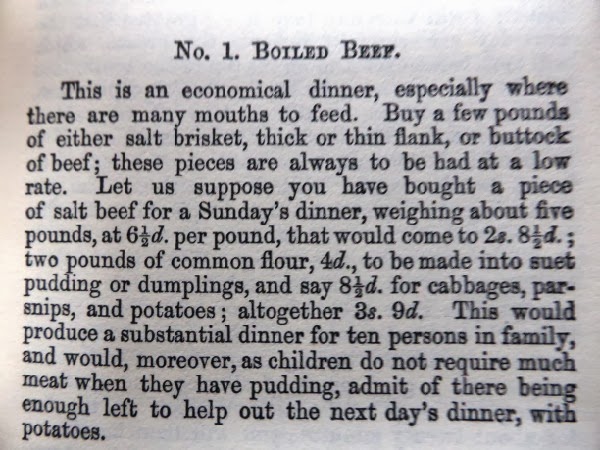 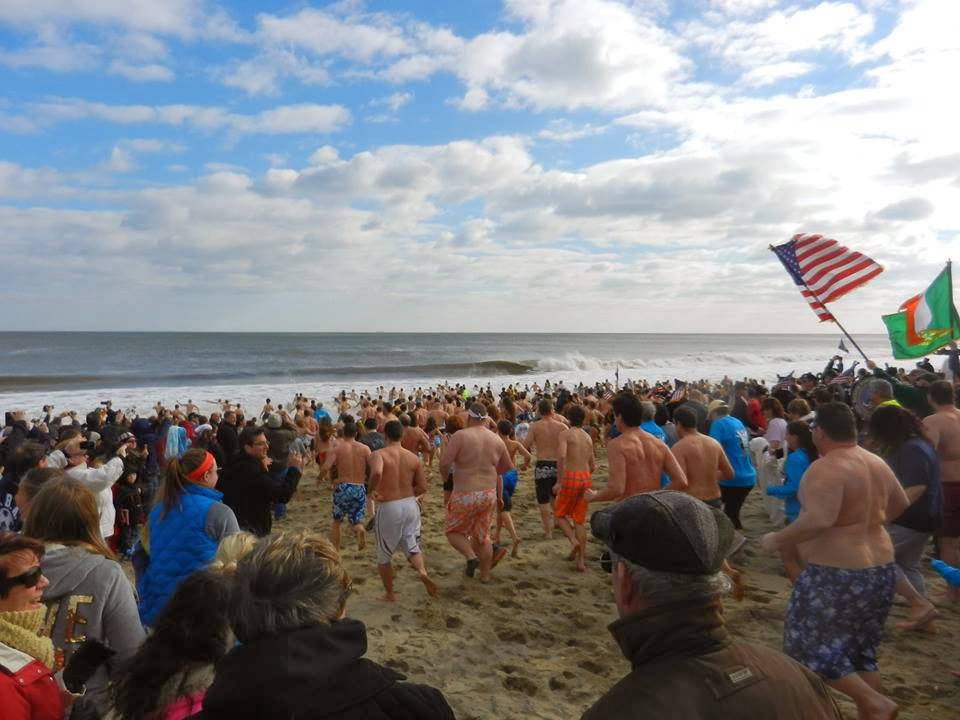 I was fascinated by this photo on Liam Murphy’s timeline so I asked him to tell me about it. This is what Liam wrote:

This is an account article about  details of the event on Sunday January 12th. At  Pier Village, Long Branch, Monmouth county, New Jersey  south of New York on the Atlantic Coast.

At least 1000 people plunged into the frigid ocean water to raise money for Catholic education. The 8th annual event, that our G-Daughter was one of those participating, hosted by the Ancient Order of Hibernian’s, raised at least $100,000 this year.

Organizer Jim Shaw said he expects the totals to reach about the same as last  year, which was $135,000.  This event makes an opportunity  to raise money  for tuition  assistance, for projects going on at  the  schools  – 100 percent of the money raised goes back into the schools.

Shaw estimated that at least 1000 people participated this year and said it looked like there were more plungers then last year. Schools from across the state, including as far away as Trenton and Jersey City participated in the event. 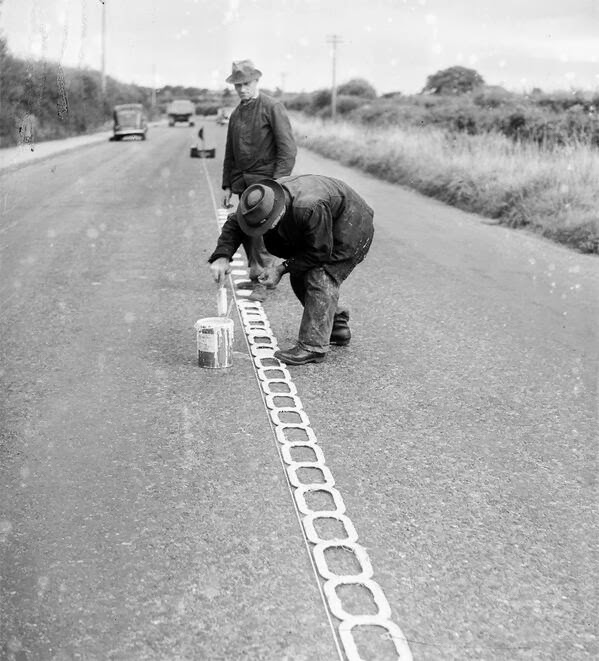 This is a photo from The National Library’s collection of two men painting a white line in the middle of the Naas Road in 1958.

Tonight I am reminiscing

And a couple sods of well dried turf

Harvest from the local bog.

Or the rosary instead?

I copied this poem by Seamus Hora from here;

The Irish in America

Cookery book for the working classes