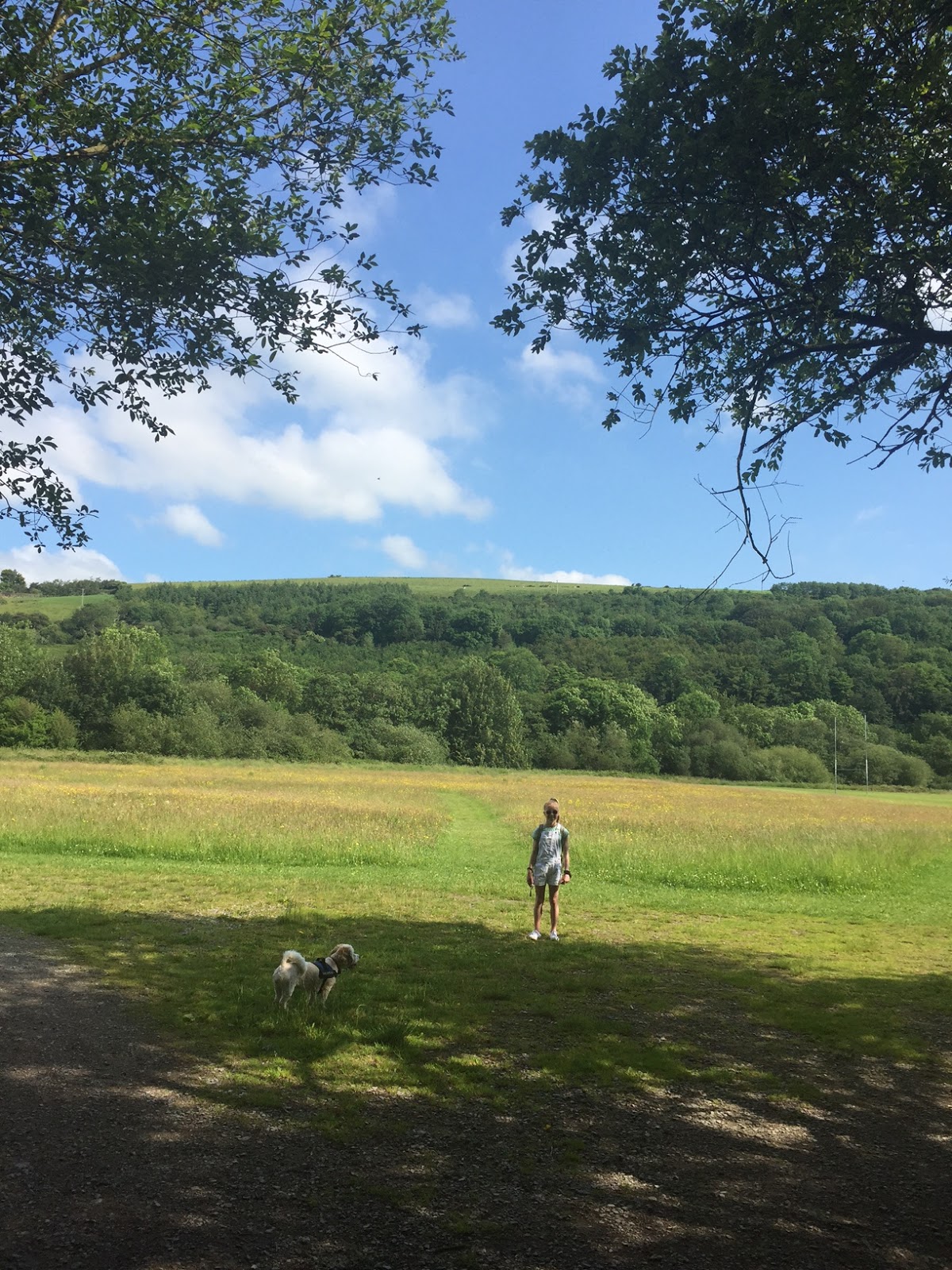 Aisling and Molly in Ballincollig Regional Park in sunny June 2019 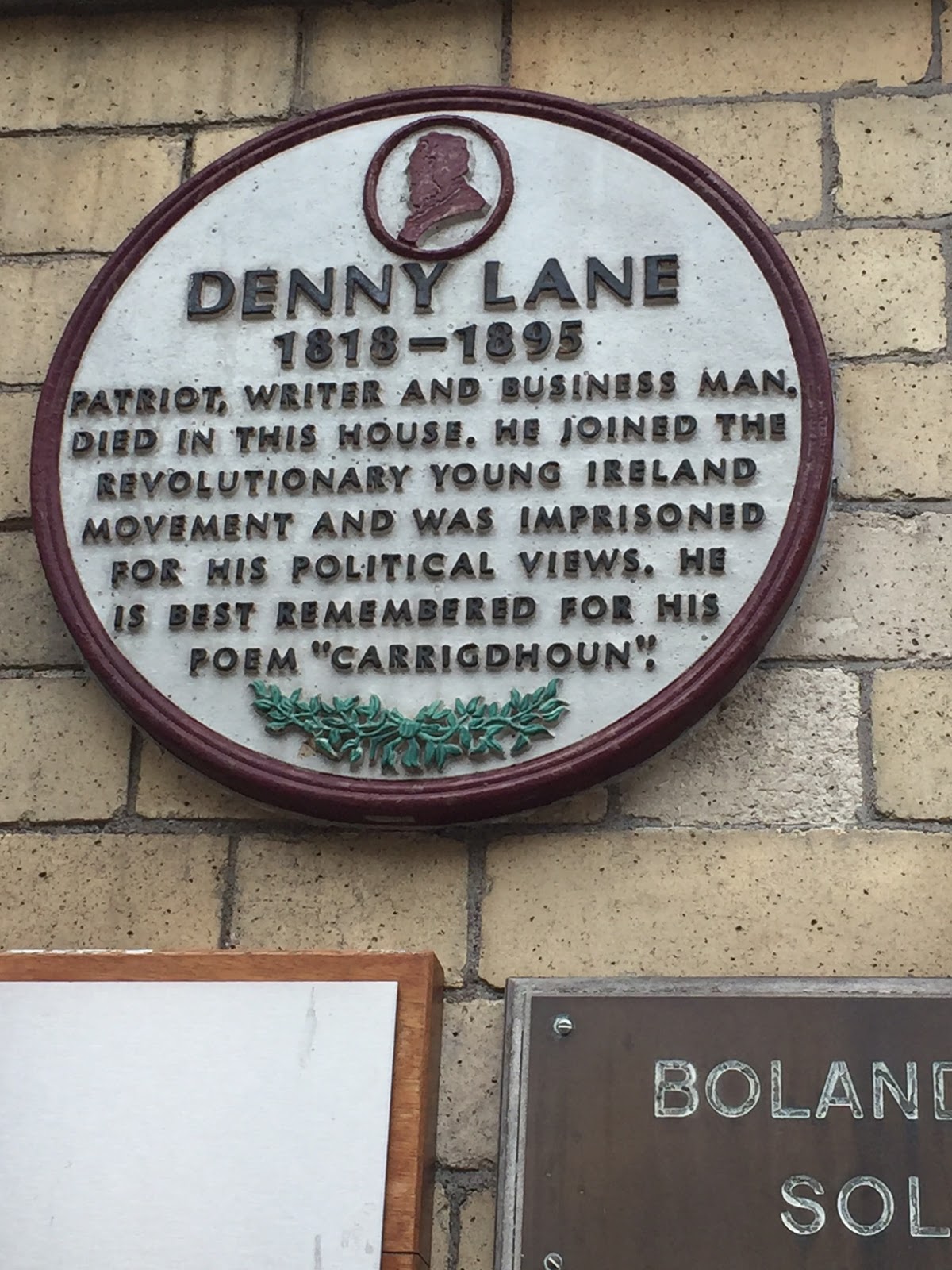 I spotted this on South Mall in Cork last week. 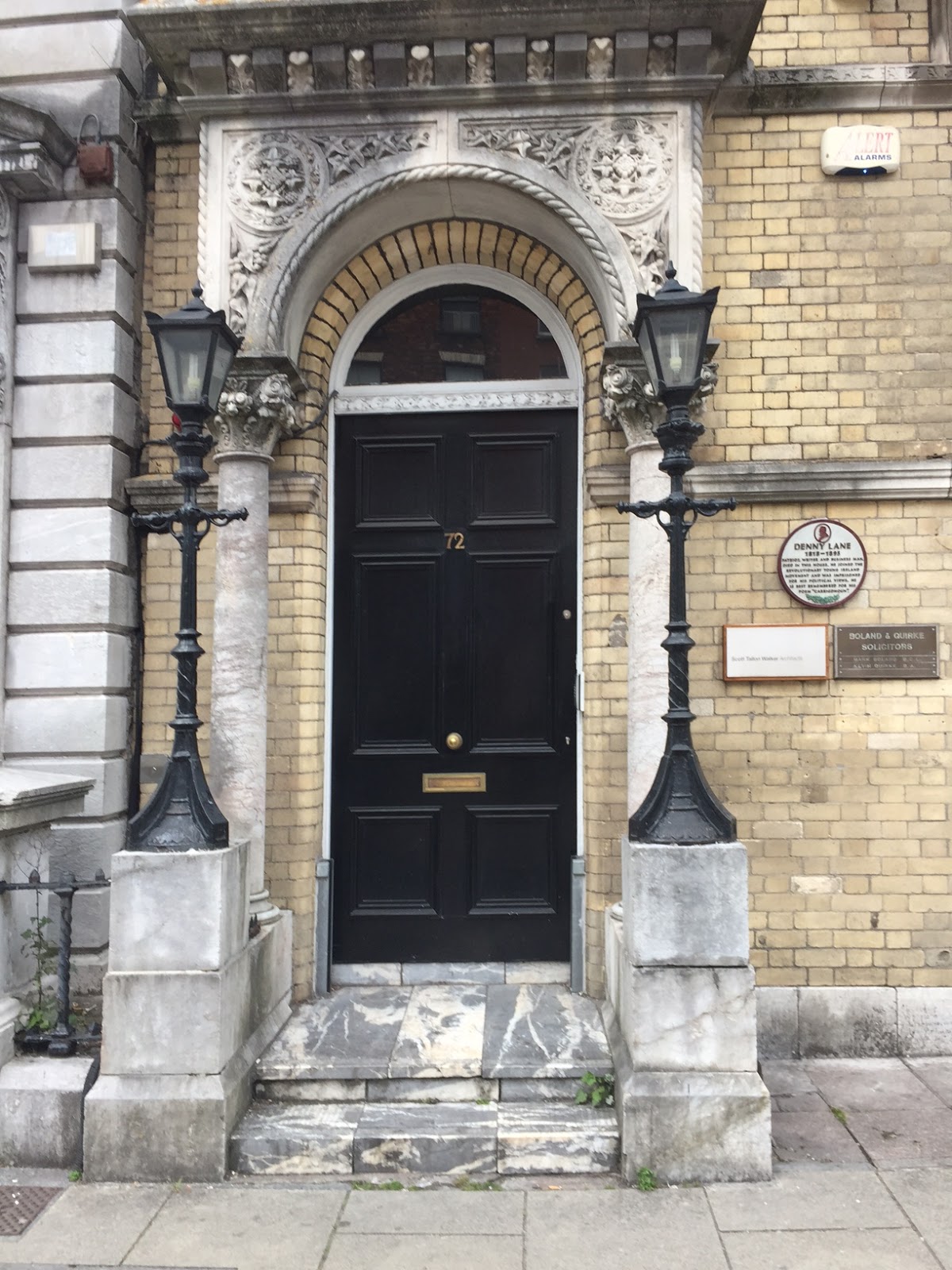 This is the elegant doorway to the Lane house 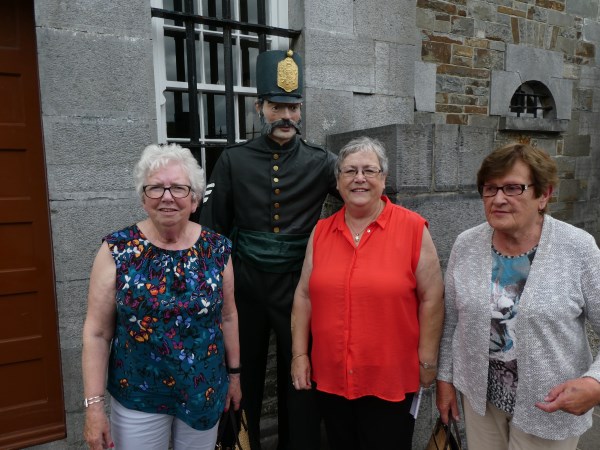 Here I am with another visitor and our guide, Mary O’Connell at the relaunch of the Tarbert Bridewell project on Saturday June 29 2019. If you want to give your children an easy history lesson or if you just want to find out something about rough justice in the 19th century this is a great place to come. 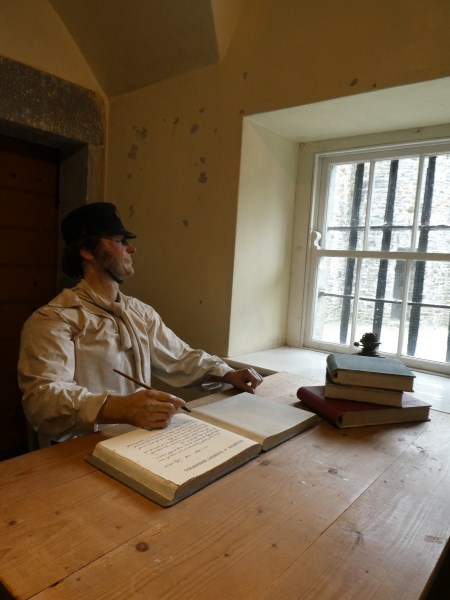 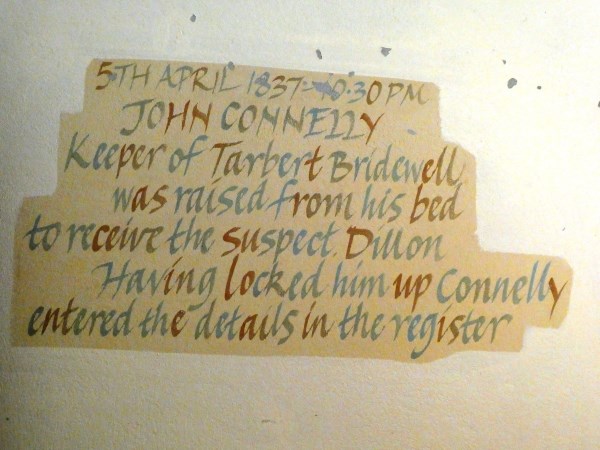 We follow the story of Tom Dillon who is accused of leaving his cow to trespass on his neighbours property. His defence was that the cow wandered through an open gate and he entered the field to retrieve her. The policeman who attended was having none of it and Tom was brought before the court sitting in The Bridewell Tarbert. 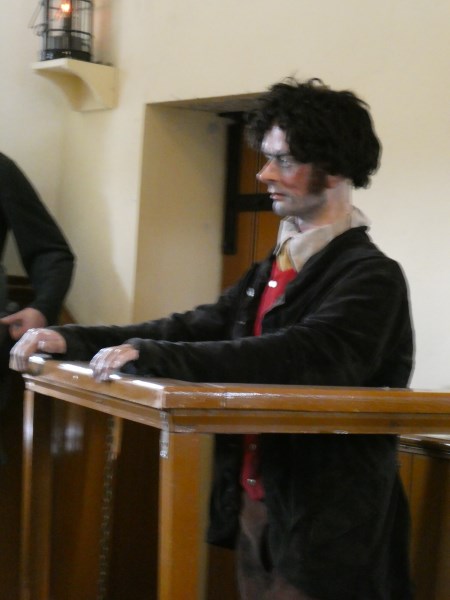 This is Dillon. Members of the local Tarbert drama group have recorded the story in dramatic fashion which we listened to as we went from room to room. 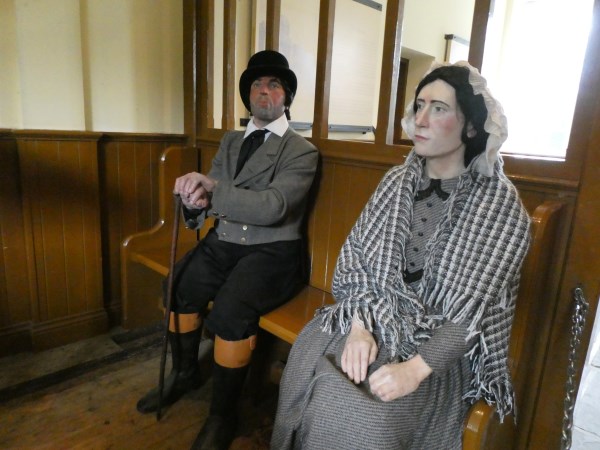 This is the maligned Mrs. Ahern whose grass Tom’s cow was eating. 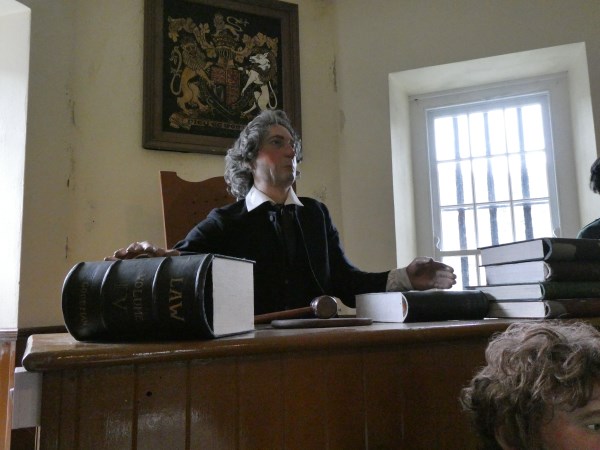 The judge was a bit harsh I thought. You’ll have to visit to find out the sentence. 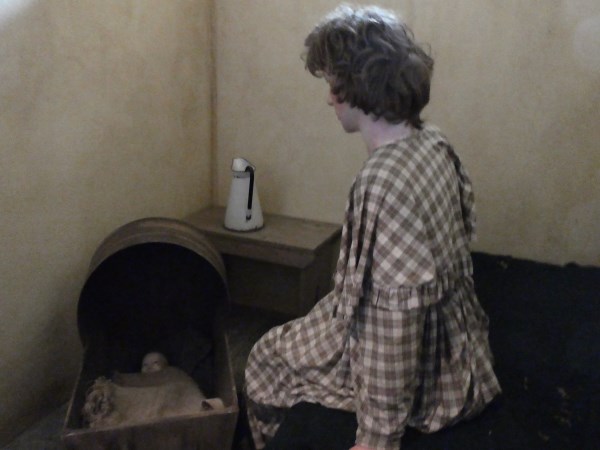 In another cell is this poor prisoner, emprisoned with her young baby.

Tarbert Bridewell visitor experience is located on the road to the ferry. It’s well worth factoring in a stop there if you are going to Clare. There is a lovely coffee shop and souvenirs as well.
<<<<<<< 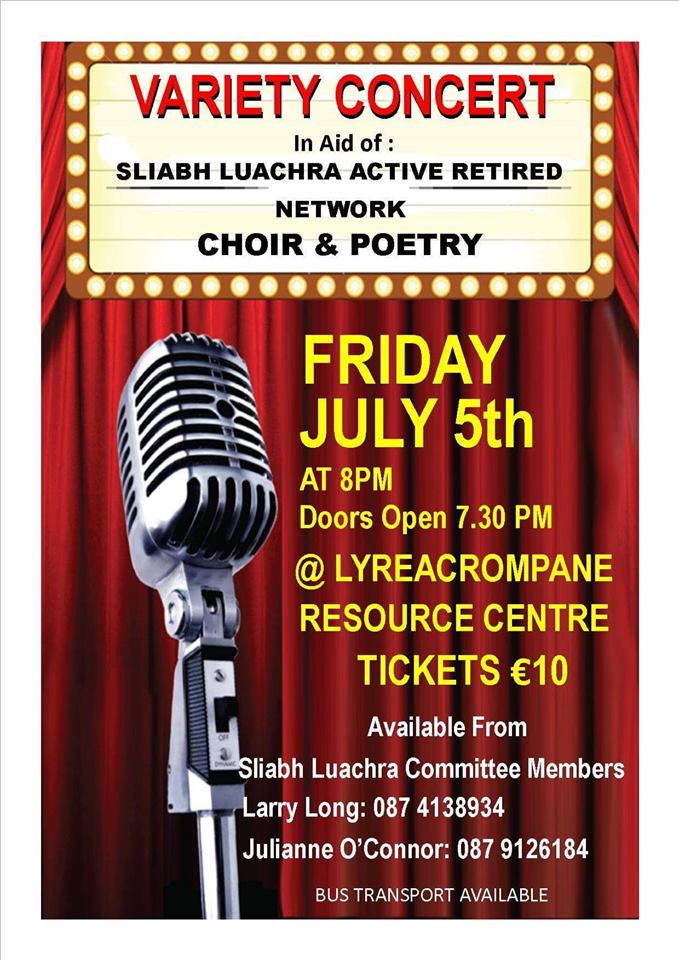