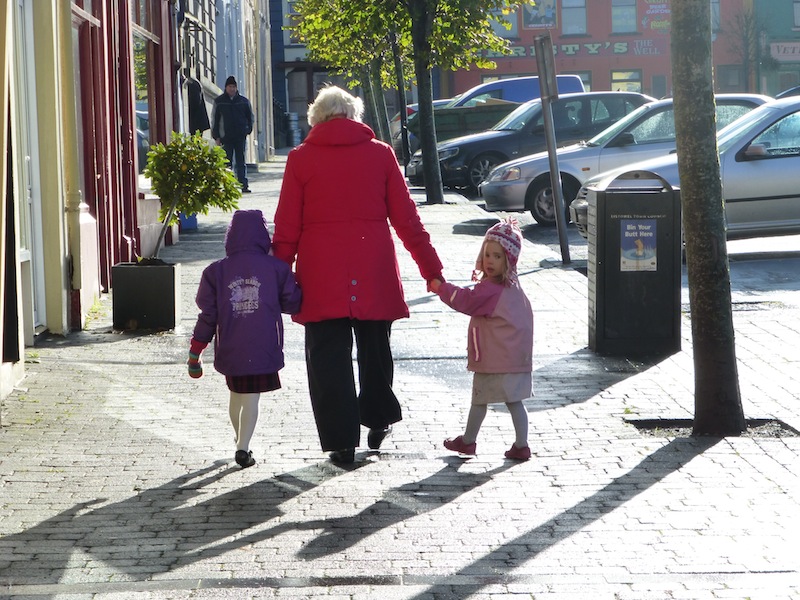 Yesterday was the final day of another very successful Food Fair in Listowel.

I headed off to the craft fair with my charges. 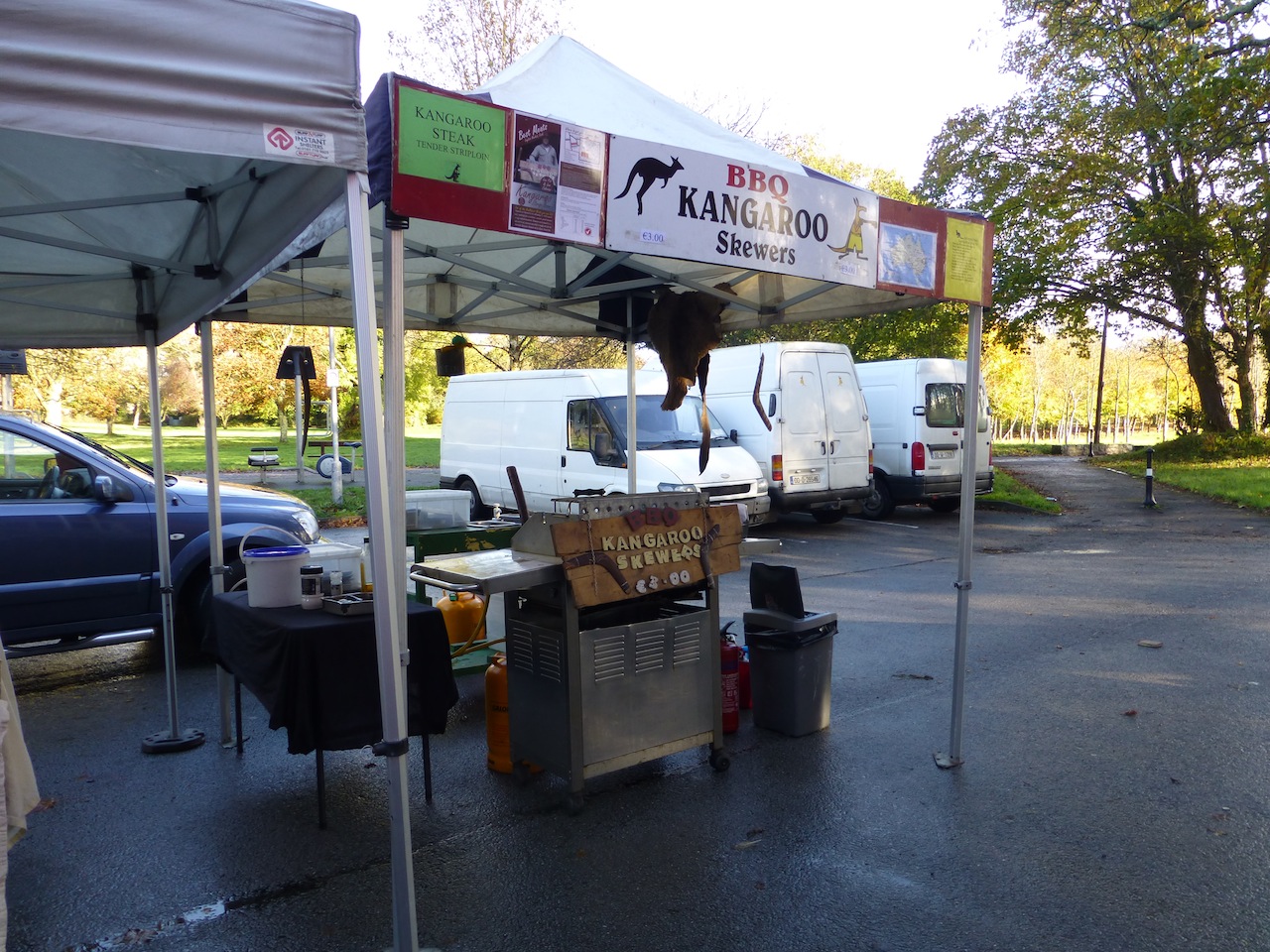 The fair was being held in The Community Centre. Some of the stalls were outdoors. 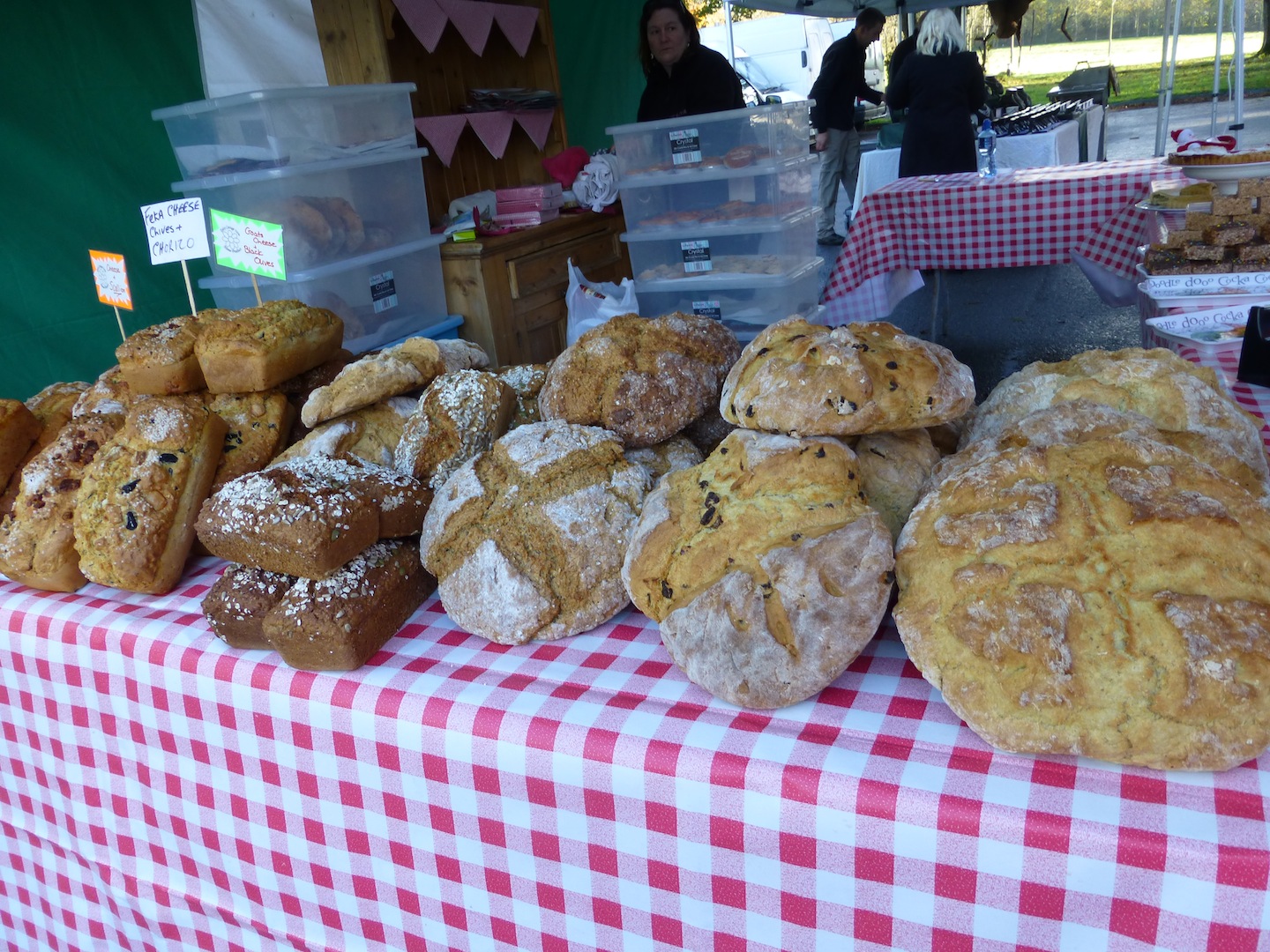 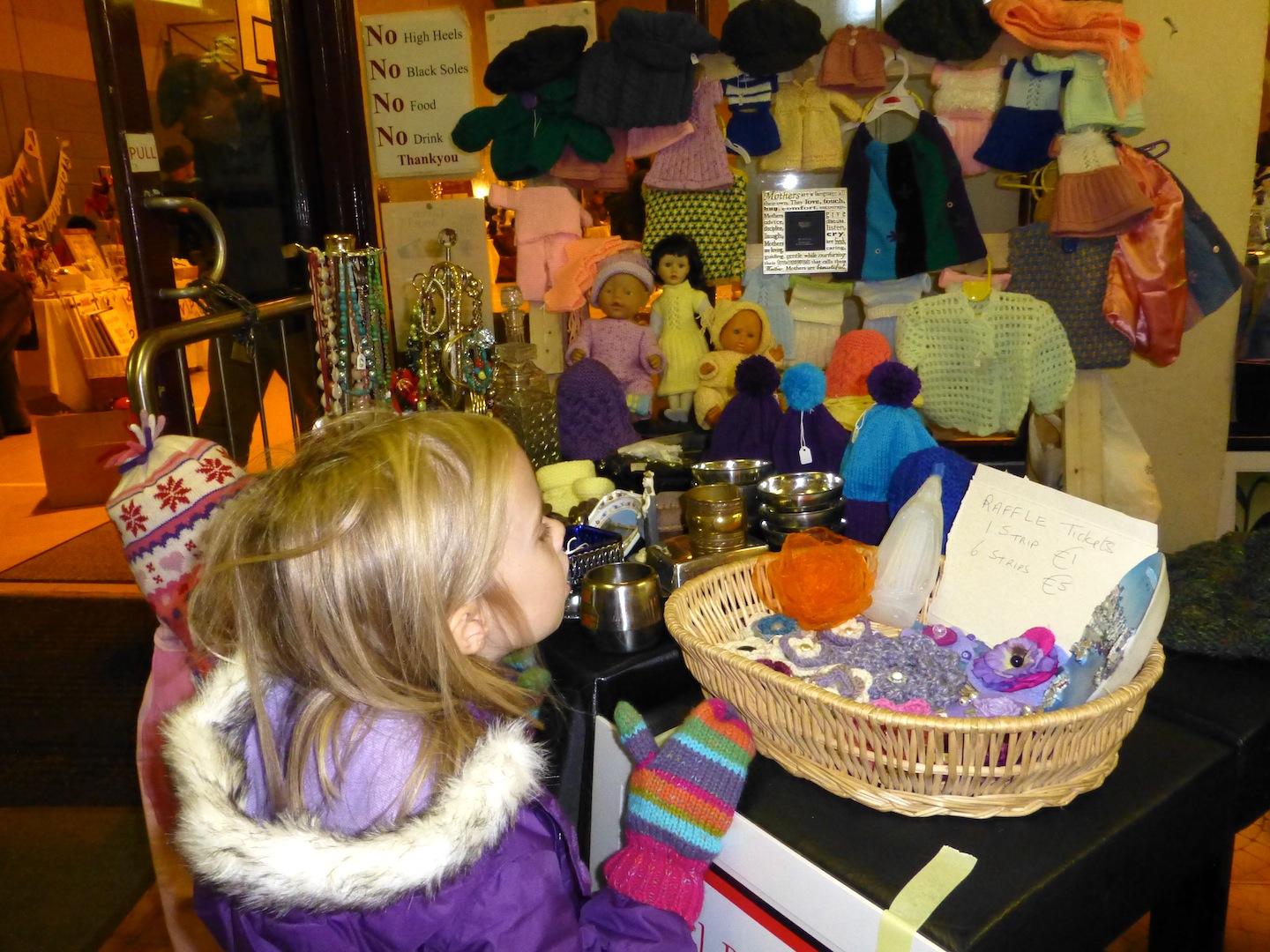 This little girl surveys the fare on offer at KnitWits stall. 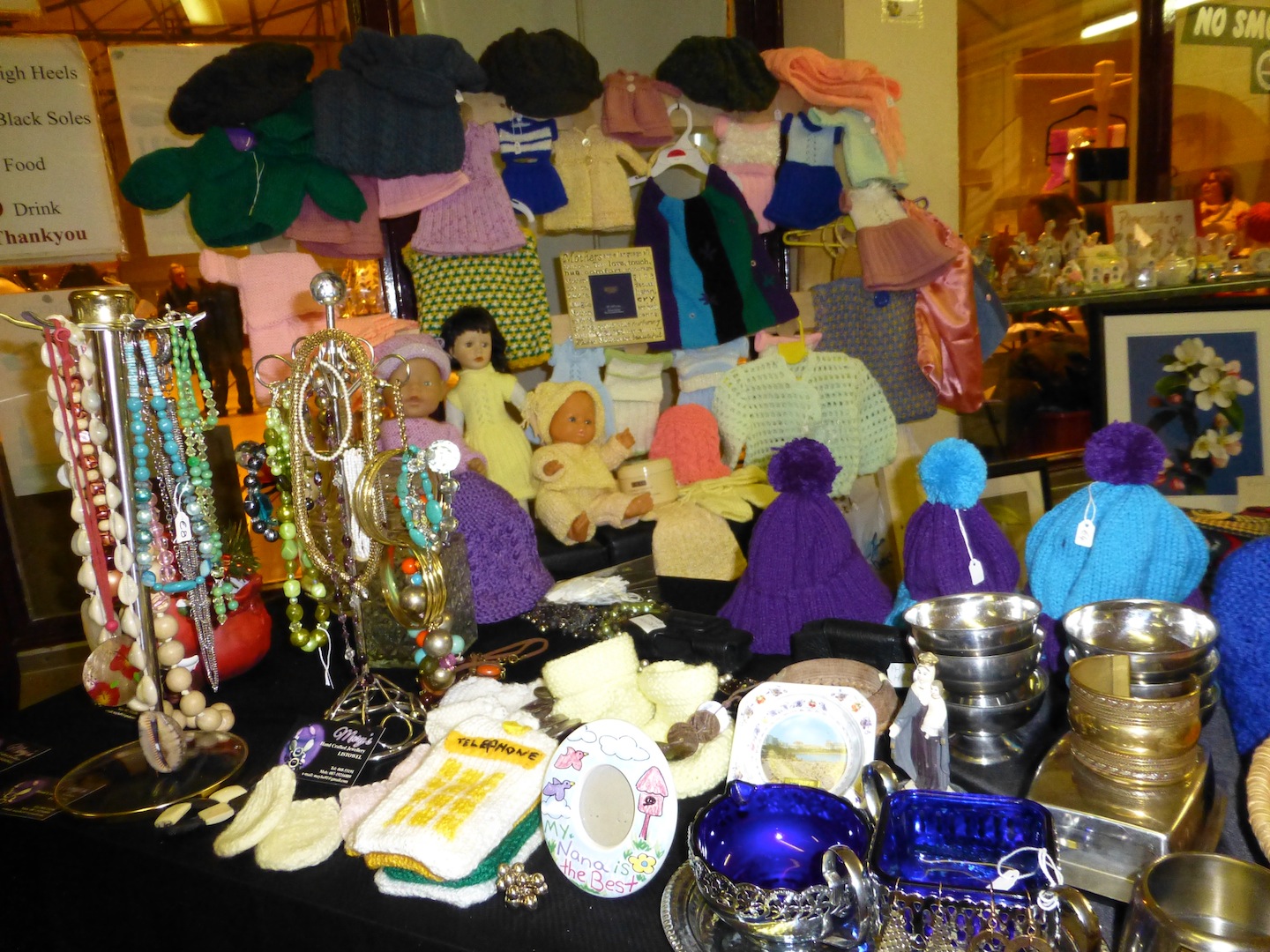 Our impressive display of knitting, costume jewellery and bric-a-brac. 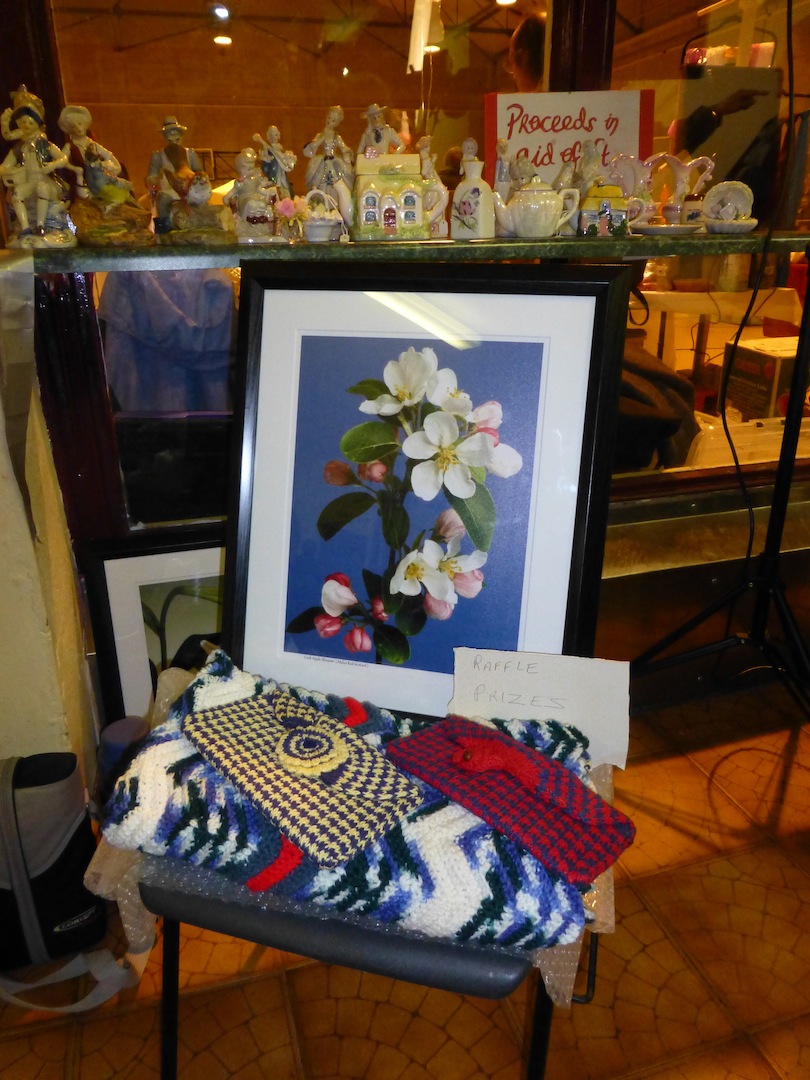 The prizes for our raffle. 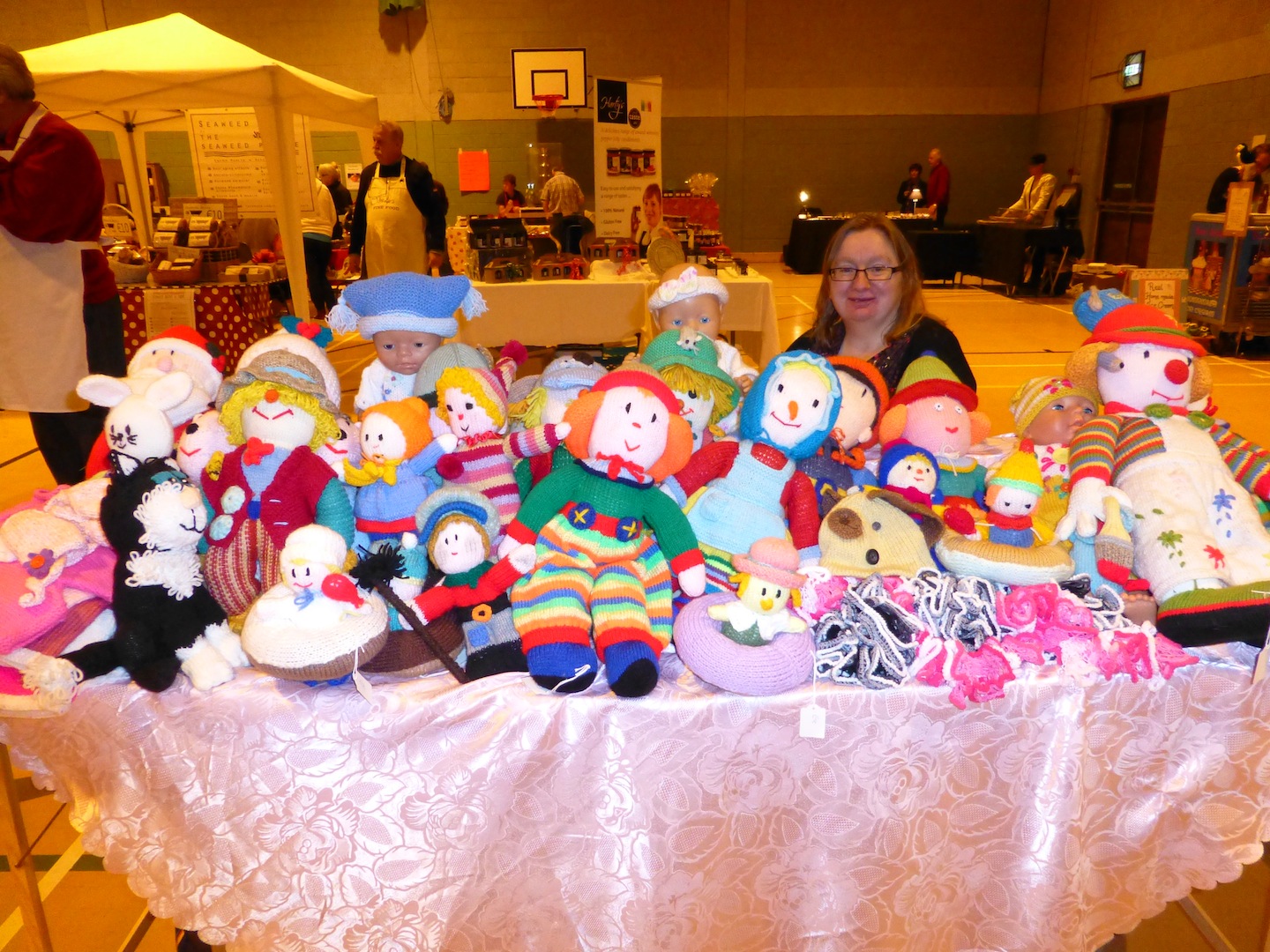 Our very expert member, Anne, had an array of toys and baby cardigans on her stall. 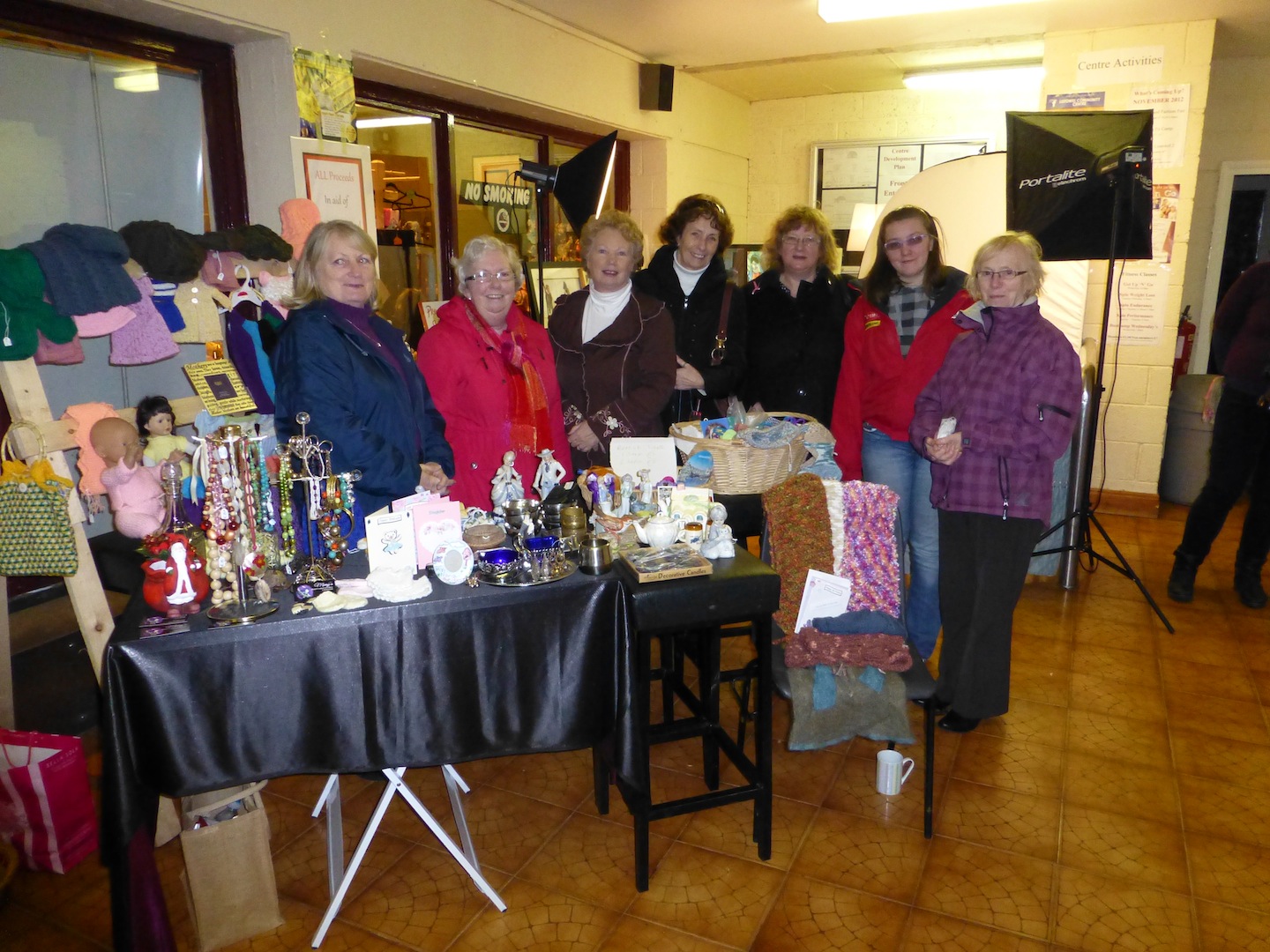 Some KnitWits members with Tina and Mary from the Society of St. Vincent de Paul. 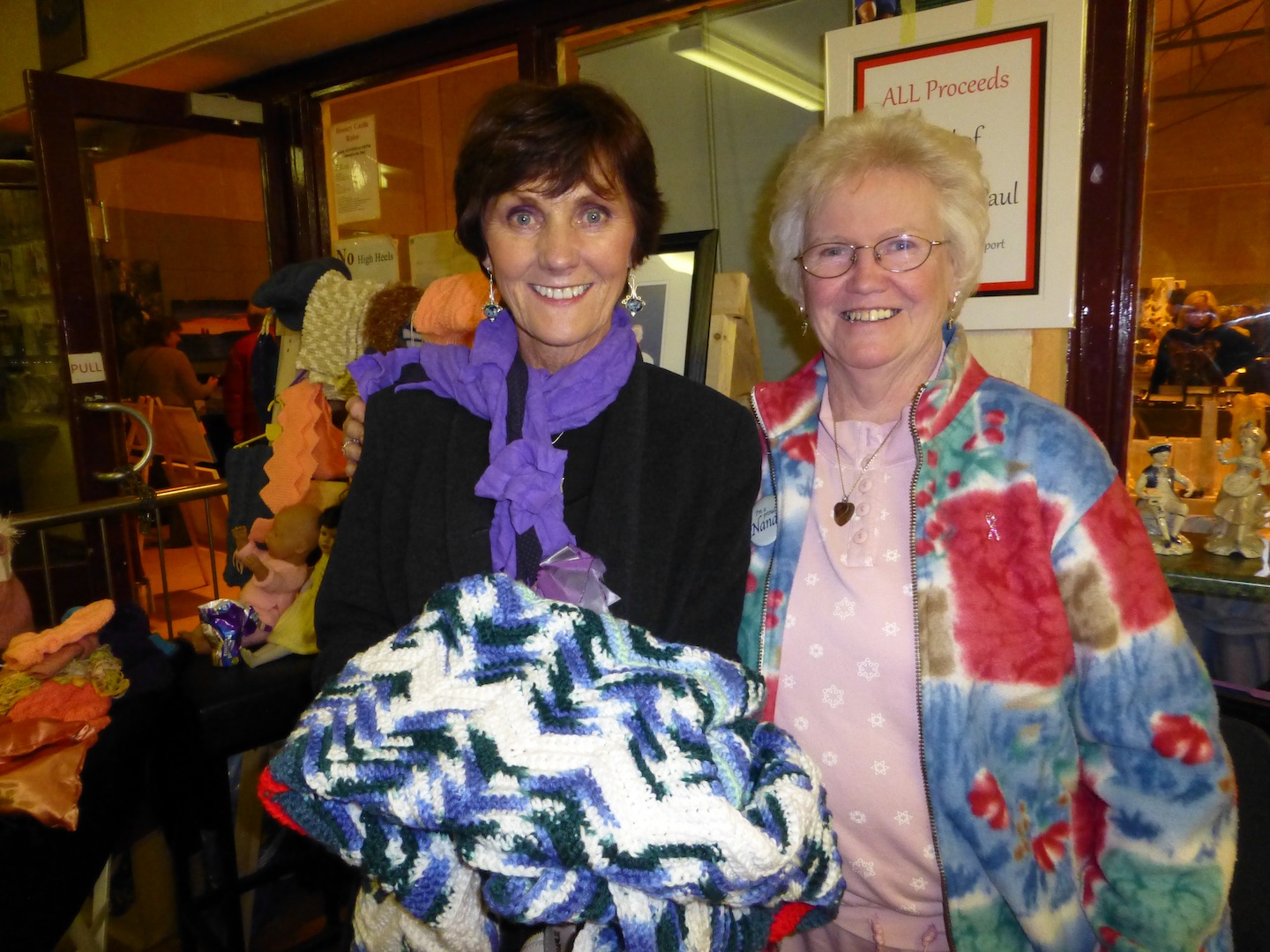 Maureen who crocheted the prize throw with the happy winner. 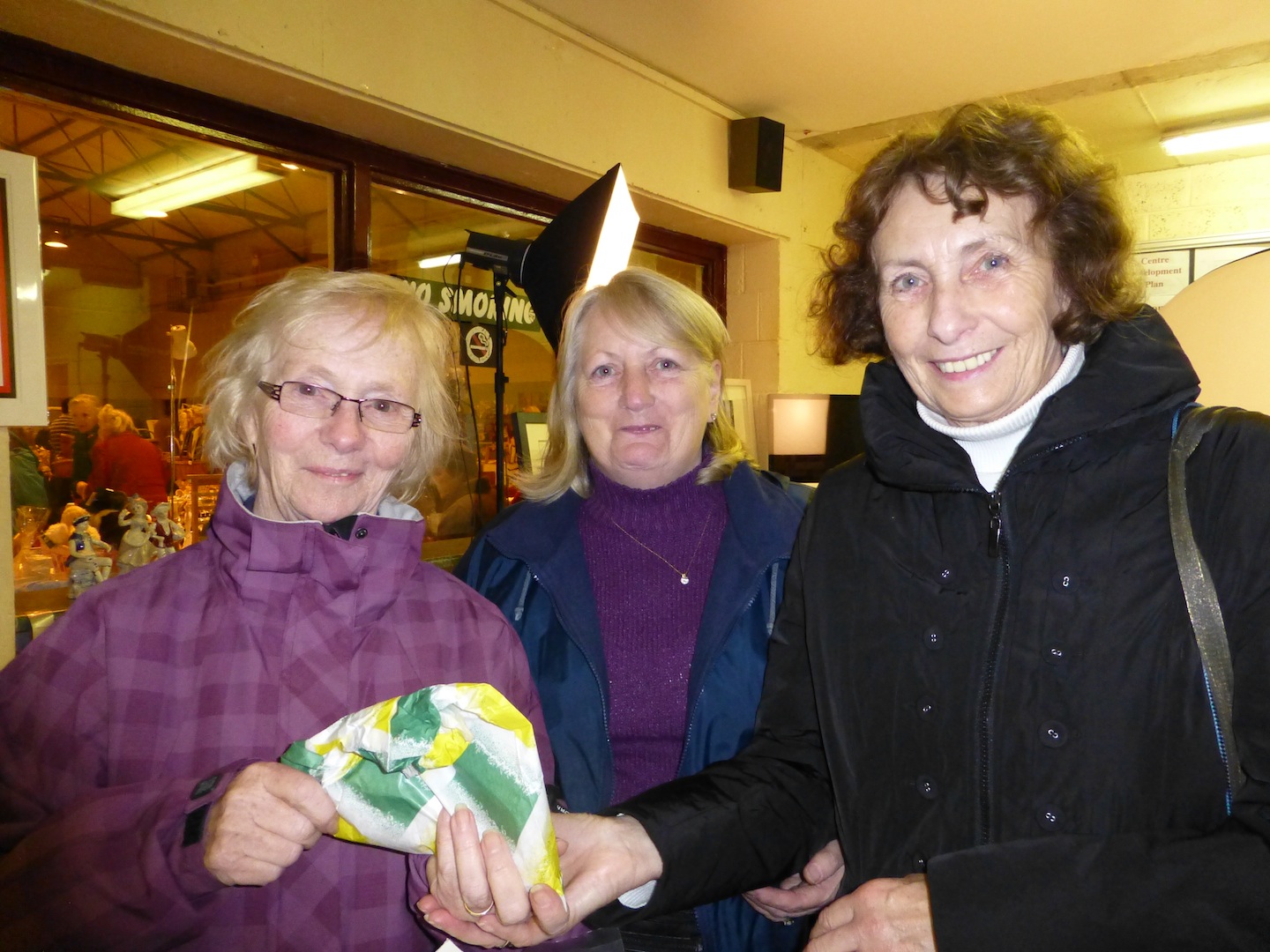 Handing over  €282,  the proceeds of the stall to Mary Sobarielski who accepted the money on behalf of the Society of St. Vincent de Paul. 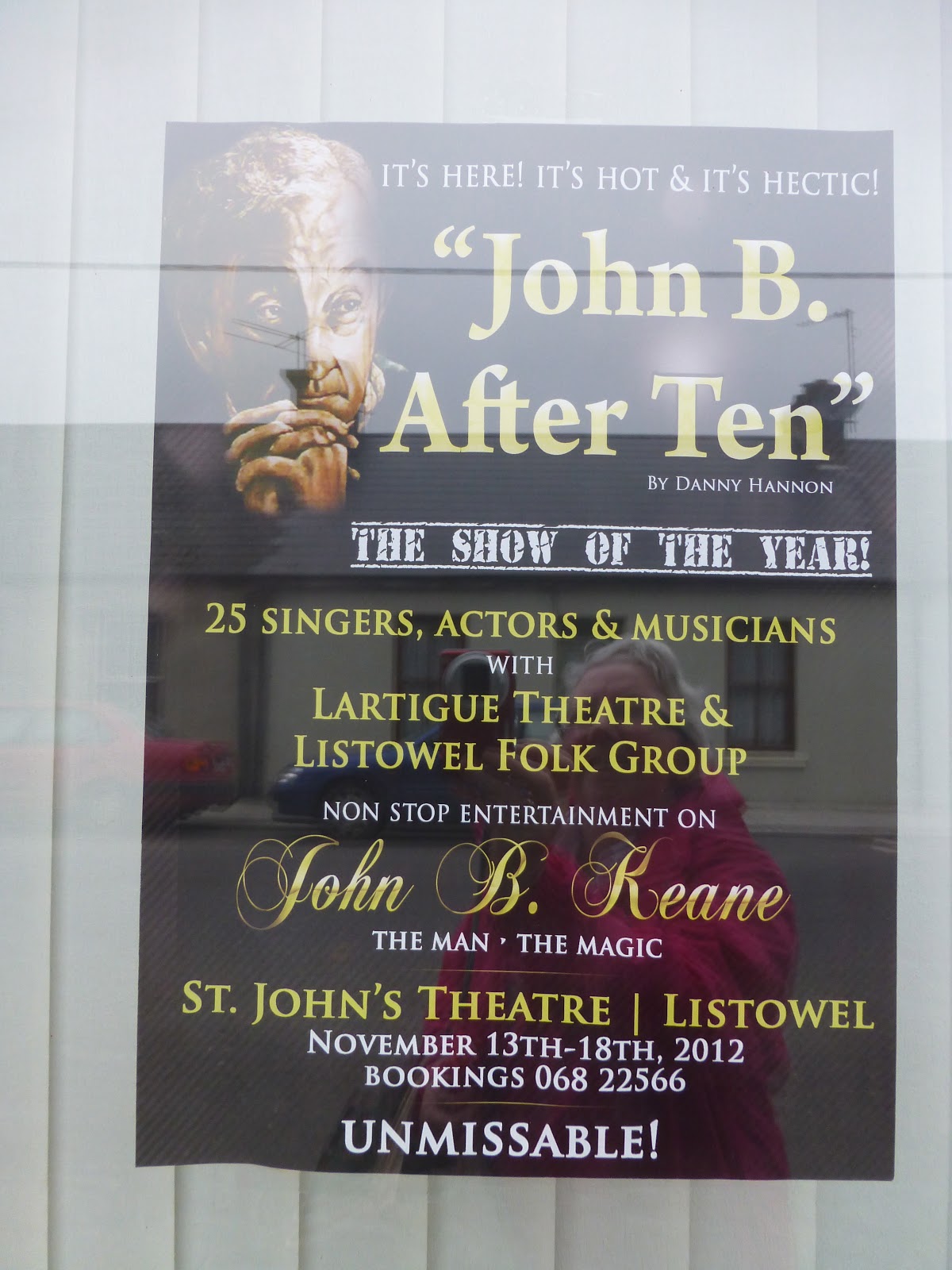 Tickes for this show are selling fast. Be sure to book or you will be disappointed. 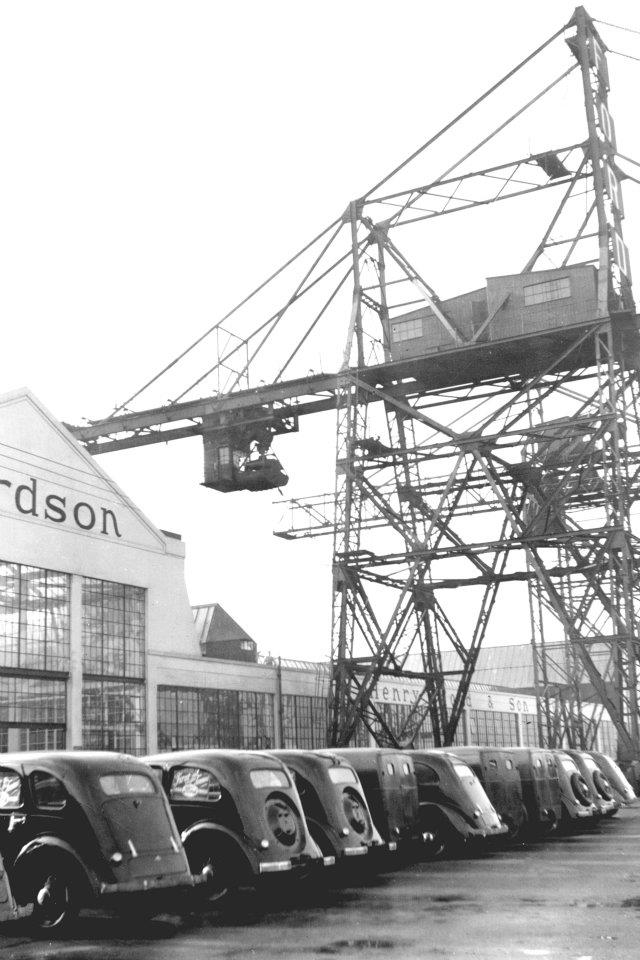 “He helped many parishes develop laity-oriented pre-marriage programmes, and later, programmes of marriage enrichment. Most of the participants in these programmes were non-Catholics, but all expressed themselves extremely grateful for the insights they received.”

Fr Seán Ryle from Islandganniv, Listowel, Co. Kerry, was born on 9 May 1926. He was educated at Killorglin NS, CBS Milltown, Castlemaine NS and St Joseph’s College, Ballinasloe. He came to Dalgan in 1945 and was ordained priest on 21 December 1951.

Assigned to Japan, he arrived there in 1952 and after language studies served as assistant in Odowara and Katase, then, later as pastor in Hondo and Minoshima. In the late seventies and eighties he served in the Diocese of Yokohama. Shortly after Vatican II, Seán took time to study pastoral counselling in Canada and the United States. He specialised in the Family Life Apostolate and this became his life’s work and his distinctive contribution to missionary outreach in Japan.

He helped many parishes develop laity-oriented pre-marriage programmes, and later, programmes of marriage enrichment. Most of the participants in these programmes were non-Catholics, but all expressed themselves extremely grateful for the insights they received. Over the years the programmes led to a number of conversions. He also helped to introduce Worldwide Marriage Encounter to Japan.

Seán had an extraordinary gift for organisation. Along with his friend and colleague Sr Yoshinaga, a member of the Congregation of Catechists, he invited many people, experts in their own fields like doctors, nurses, married couples of all ages, to help in his Family Life programmes. His seminars were conducted over wide areas and in a number of dioceses of western Japan. This apostolic outreach was Seán’s major contribution to the mission in Japan and for these efforts he is fondly remembered.

He took up residence in the Dalgan Nursing Home at the end of 2006. There he was often visited by faithful friends from Japan. An unexpected heart attack led to his being moved to Our Lady’s Hospital, Navan, where he died on 26 October 2012. 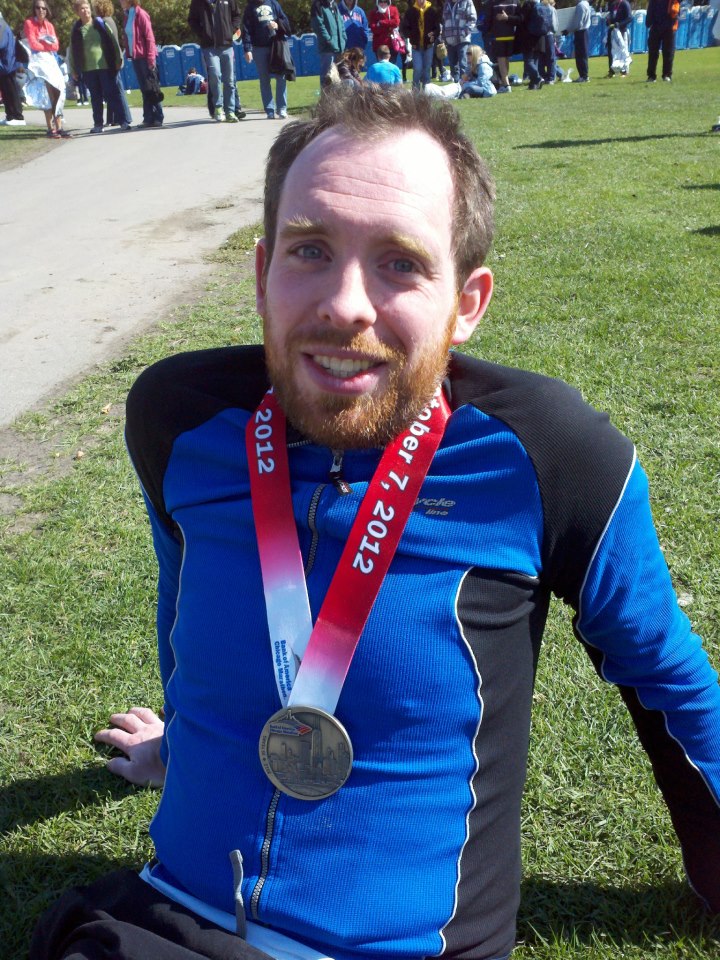 This is my nephew Philip pictured after the Chicago marathon.

Philip was all set to run in the New York marathon yesterday. He was at the airport in St. Louis (where he lives) when he got the word that the race was cancelled. In order not to let his sponsors down, Philip ran a marathon anyway. As luck would have it there was a half marathon scheduled for St. Louis so Philip ran the first half marathon on his own and joined the race for the second half . He was pleased with his time and delighted that he was able to keep faith with his many sponsors. I am very proud of my talented and dedicated nephew.