Yesterday was the first day of summertime and if yesterday’s weather is a portent of what’s to come this summer, we are in for a scorcher.

I had visitors for the weekend and we were able to go to the beach and even go in the water for the first time this year. More of that tomorrow. Today I have some crowd scenes for you. 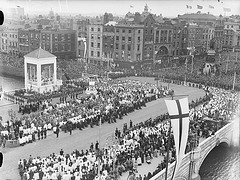 Closing of the Eucharistic Congress in Dublin in 1932 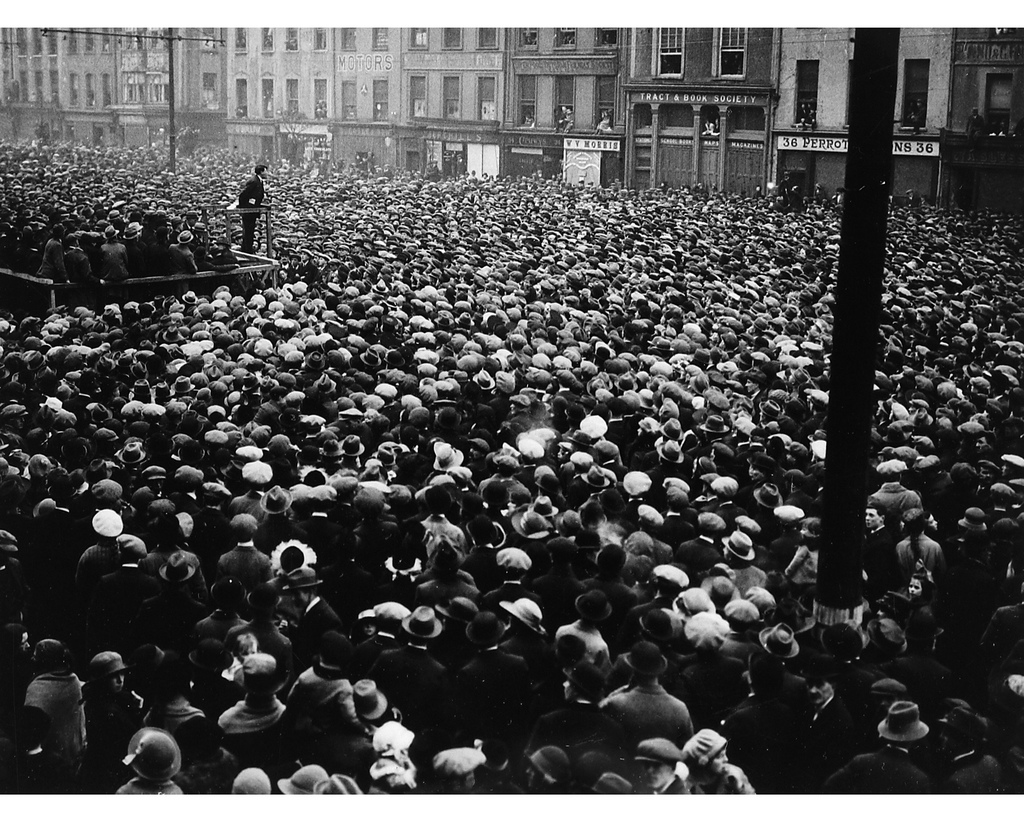 Michael Collins addressing a rally of his supporters in Cork. 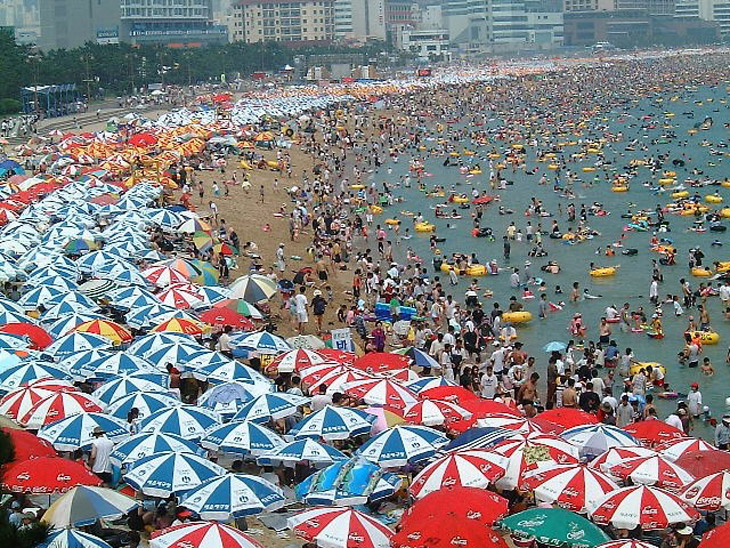 A typical day at the beach in China 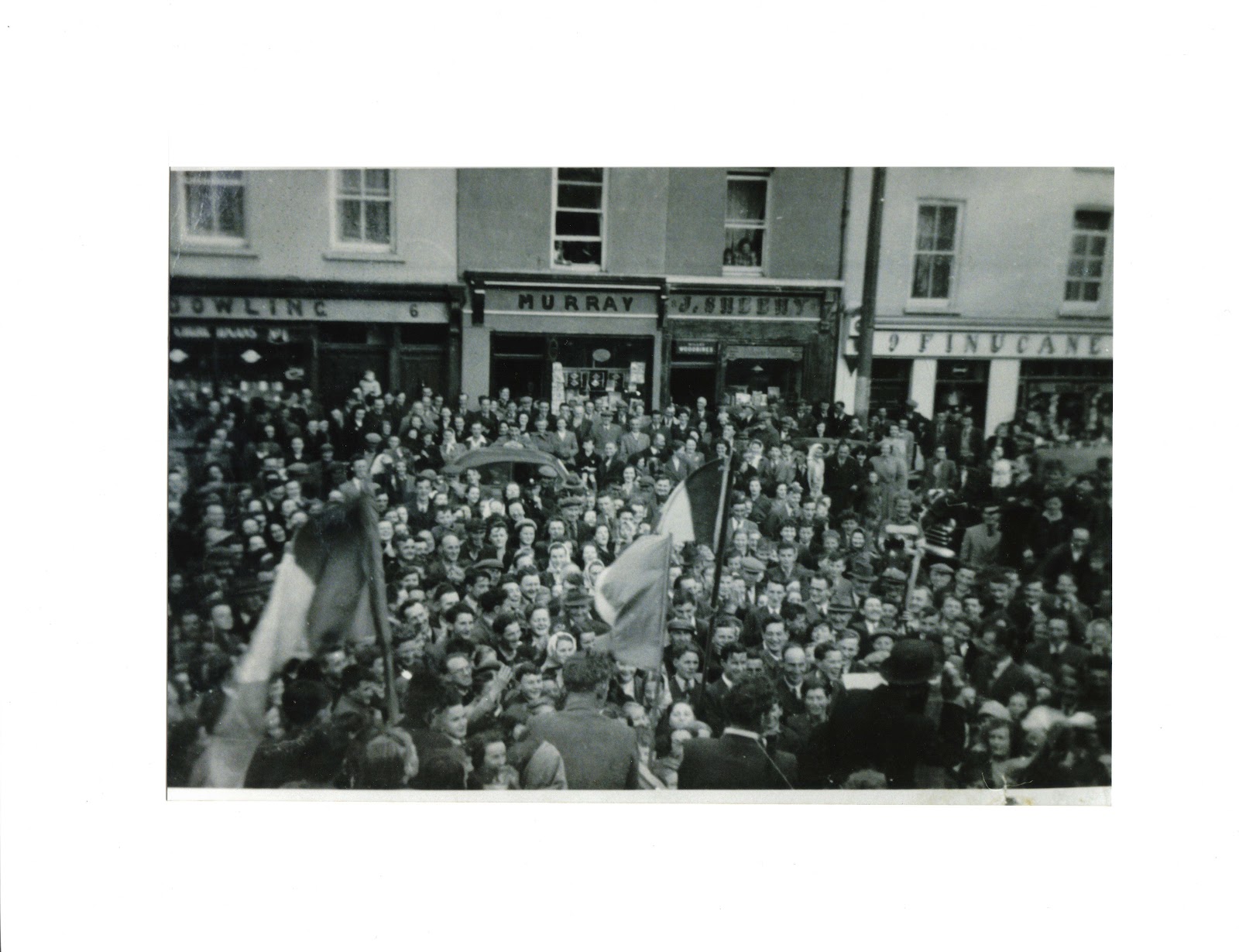 Tom Doodle addressing the crowd in Listowel’s Main Street in 1951.

Some posters I snapped in town this week 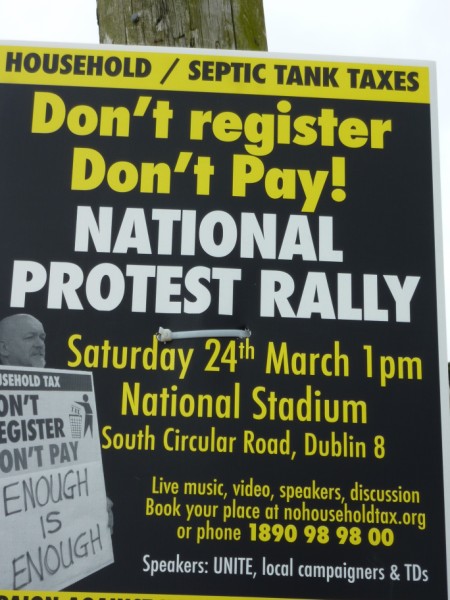 I don’t agree with this piece of civil disobedience but the movement is certainly very visible. 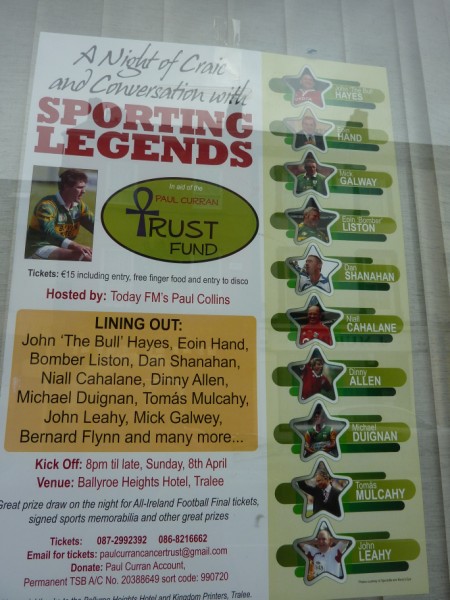 This sounds interesting if you are a sports fan. 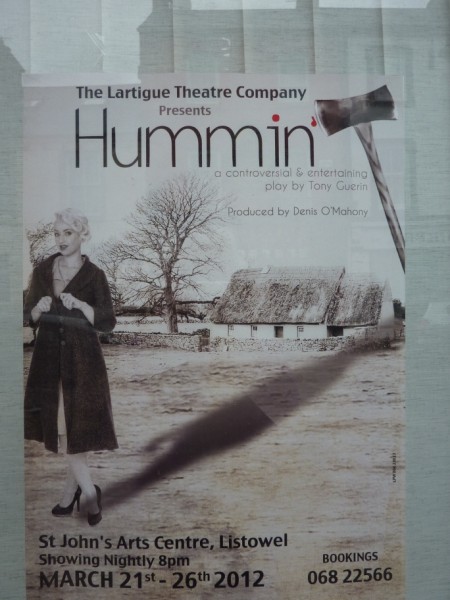 Currently on stage in St. John’s

Something to set you thinking.

A new website is being launched  to urge people to take a ‘staycation’ rather than going abroad.

While acknowledging that many people cannot afford to take a holiday at all , the site aims to encourage those who can, to holiday in Ireland.

Stayhome.ie states that if one in four people who took a holiday abroad in 2009 stayed at home instead, €235m would have been generated here.