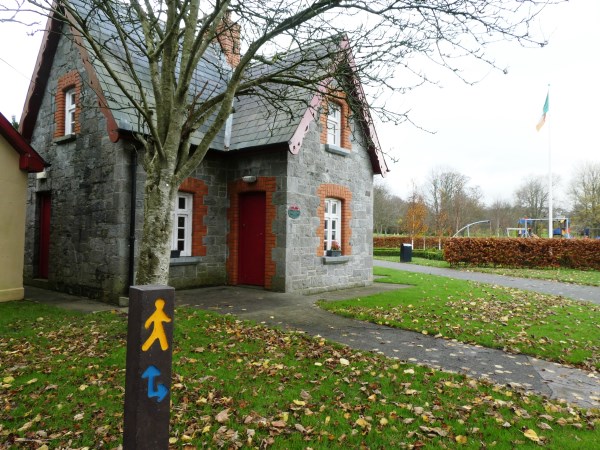 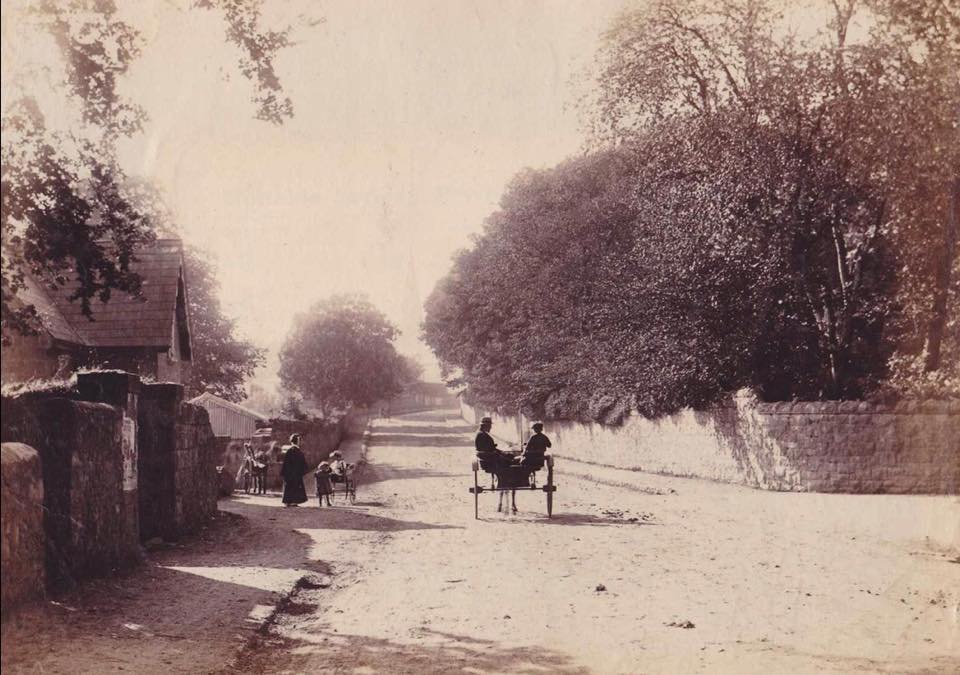 In this 1903 picture of  Bridge Road in the National Library Collection, the Dandy Lodge is visible  in its original location on the left looking towards town.

In October 1989  the Dandy Lodge was demolished and rebuilt in Childers’ Park. Denis Carroll videod the move and uploaded it to youtube. Here is the link; 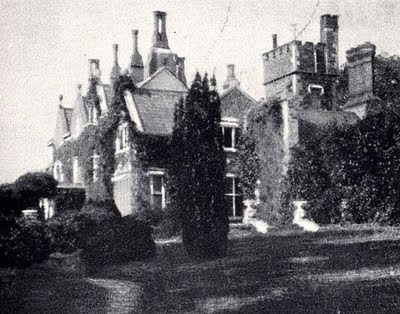 Below are a few extracts from a great supplement on Kilmorna House written by Tom Dillon in Kerry’s Eye a few weeks ago. In its heyday this North Kerry mansion was an Irish Downton Abbey. 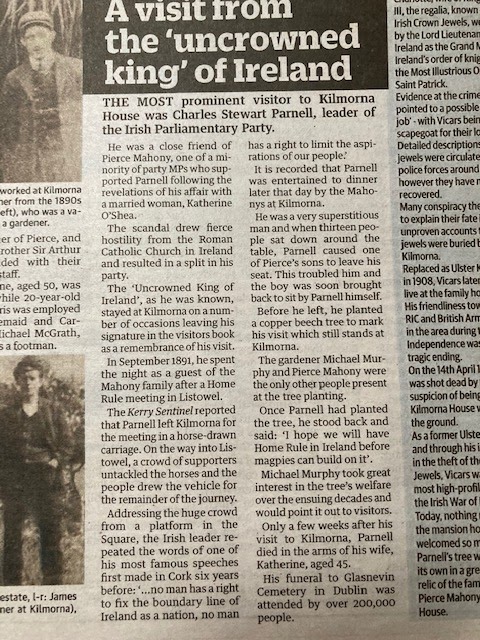 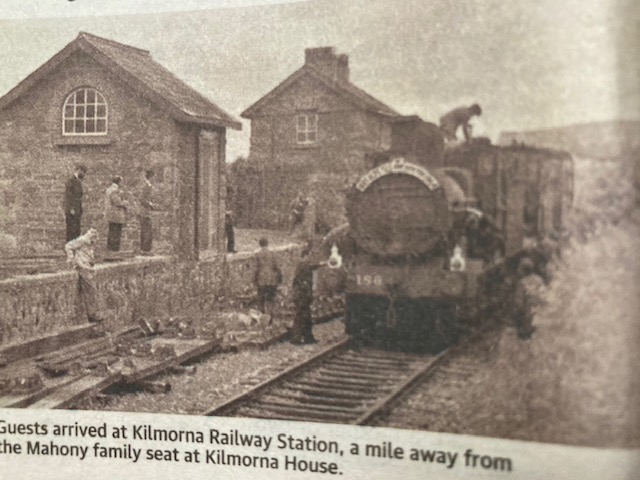 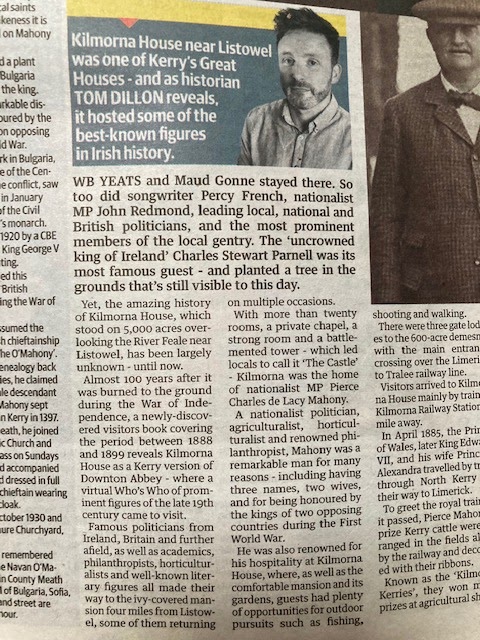 Rudyard Kipling’s son John went “missing in action” in 1915. His heartbroken father spent the next 4 years searching for him. He was never found. He was 18 years old.

Kipling never said that this poem is about his son but I think most people know better.

“When d’you think that he’ll come back?”

Not with this wind blowing, and this tide

“Has any one else had word of him?”

For what is sunk will hardly swim,

Not with this wind blowing, and this tide.

Except he did not shame his kind—

Not even with that wind blowing, and that tide.

Then hold your head up all the more,

Because he was the son you bore,

And gave to that wind blowing and that tide!

When Julie Evans, who is a loyal friend to this blog, saw the following story in her Sydney Morning Post, she knew just the place to share it. The late Jim Walshe was a well  known figure throughout Australia. Thank you, Julie, for sharing this obituary with us.

Jim Walshe, rail unionist, Labor activist and superannuation reformer was born in Ballybunion in County Kerry, Ireland, a resort town known for its picturesque sand dunes and, in his early years, the rural poverty of Depression-era, newly independent Ireland. 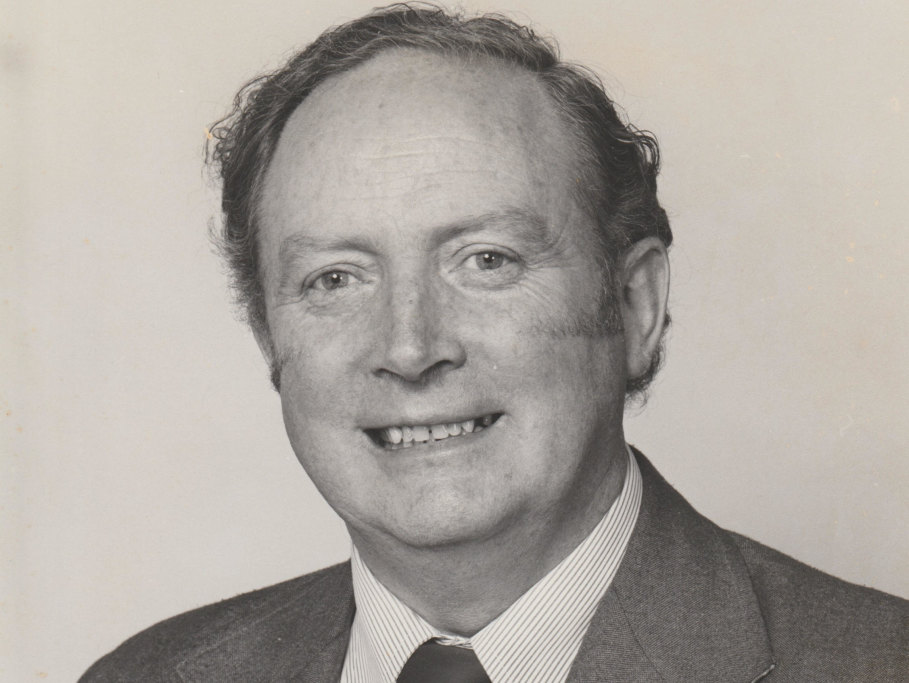 Jim Walshe was awarded the Medal of the Order of Australia.

He was a young caddie at the golf club, left school at age 14 to work for a local hotel in the summer months, and then moved with his mother to England and to the railways as a porter. His Scottish stepfather was active in the UK National Union of Railworkers.

Interested in self-improvement, young Jimmy did correspondence courses through the National Council of Labor Colleges and in photography with the YMCA. Then based at Harrow-on-the-Hill, west London, he quipped that he was an old Harrovian (a reference to the nearby upmarket Harrow School) even though his education was at the railway station. He sometimes attended union meetings and his mother was very pro-Labour.

In the early 1950s, Walshe heard from school friends that Australia had full employment and was worth checking out. He migrated in 1951 and fell in love with the country. His first job was as a builders’ labourer (“too much hard work”) then he tried his hand for a few months as a tram guard, on the North Bondi to the City run before joining the railways. 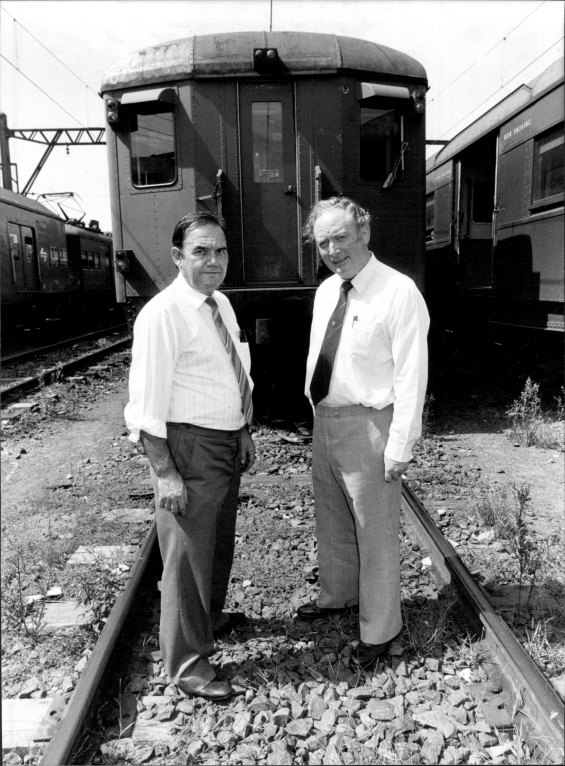 Secretary of NSW Branch of ARU Jim Walshe (right) and Harold Dwyer lobbying for an inquiry into a rail crash. March 3, 1983. CREDIT:FAIRFAX

First he was at Central station then St James as a porter (later called station assistants) and went from there to Darling Harbour as a shunter and Goulburn as a guard. He remembers near-death experiences working as a shunter, changing gears on the rail tracks.

From Goulburn the job was running trains down to the snow country, Cooma to Junee, up to Sydney, where he said: “We had to tolerate some terrible conditions both on the trains and in the barracks in which we were required to sleep during shifts.”

Walshe became an Australian Railways Union (ARU) delegate and for seven years was the honorary assistant secretary of the Goulburn branch, then a thriving railway town. Improvements, bit by bit, in the dignity of workers was what he strove for. For example, a campaign for gloves for the shunters who in the winter months had to operate freezing cold steel hand brakes.

He became a member of the ALP in the mid-1950s at a time when the Left hoped to take over the NSW Branch of the ARU, with the Labor party in turmoil over Herbert Evatt’s leadership. Walshe decided to support the Lloyd Ross-led ARU, moderate Labor, and in opposition to the far Left, the breakaway Democratic Labor Party.

In 1959 the northern organiser of the ARU died. Although from another part of the state, encouraged by Southern Organiser Bill O’Neill, Walshe applied for the position. Each of the six candidates spoke for three to five minutes on their interests and background, Walshe indicating his support for continuing education and industrial issues. He overwhelmingly won the vote of the branch council, including most of the Left delegates.

Not for the first time, a lilting Irish accent, a gregarious demeanour, a bright sense of humour, and a righteous, though measured passion stood him in good stead.

His “parish” extended from Gosford in the south, to south Brisbane in the north, to Wallangarra in the north west, and to the branch lines from Moree.

Although his politics were moderate Labor, Walshe appealed to many in the Left, and indeed across the political spectrum, as thoughtful and as respectful of alternative viewpoints. Catholic, though never sectarian, he loved Celtic culture, Scottish and Irish. In 1961 he married Rosette with Catholic rites. His sons, Hamish and Fergus, were given gaelic names.

From the early 1960s to 1971, for one week a month he worked at the Sydney ARU headquarters at Eveleigh.

In 1969, with Lloyd Ross’ imminent retirement as union secretary, a divided NSW ARU membership resoundedly elected Jack Maddox as Secretary and Bob Bailey as President. Walshe was approached by Left and Right to join their ticket but he supported Maddox, and from January 1971 worked full-time in Sydney as ARU traffic industrial officer.

The Chief Commissioner for Railways from 1956-1972, Neal McCusker CBE, ruled the roost at a time of significant technological change, replacing steam locomotives (and their infrastructure and work practices) with diesel and electric locomotives.

The NSW Labor Minister for Transport from 1960-65, John McMahon, almost never met ARU delegates or visited workplaces. With a change of government in 1965, under the Askin government, the Liberal Minister, Milton Morris was unafraid to visit rail members on the job: “he spoke to them as man to man and I wept” Walshe said.

In 1976, when Walshe became President, he considered giving up golf to allow more time for the extra responsibilities. Norm Garvey, a leading light in the union, resolutely said “no you won’t. You’ll continue to play golf every Saturday. You’re going to be under a lot of stress in this job and when you’re concentrating on that ball you won’t be thinking about anything else”. Walshe would later reflect that it was perhaps the best advice he received.

Maddox retired in 1981 and, pending a ballot of members, Walshe was appointed Secretary. An election that year took place with Walshe defeating rivals in a vote of all members. Harold Dwyer was elected President.

Industrially, rates of pay went up. Conditions on the job such as meal rooms, uniforms and brake-van conditions improved. Though there was a reduction in the work force through natural attrition. 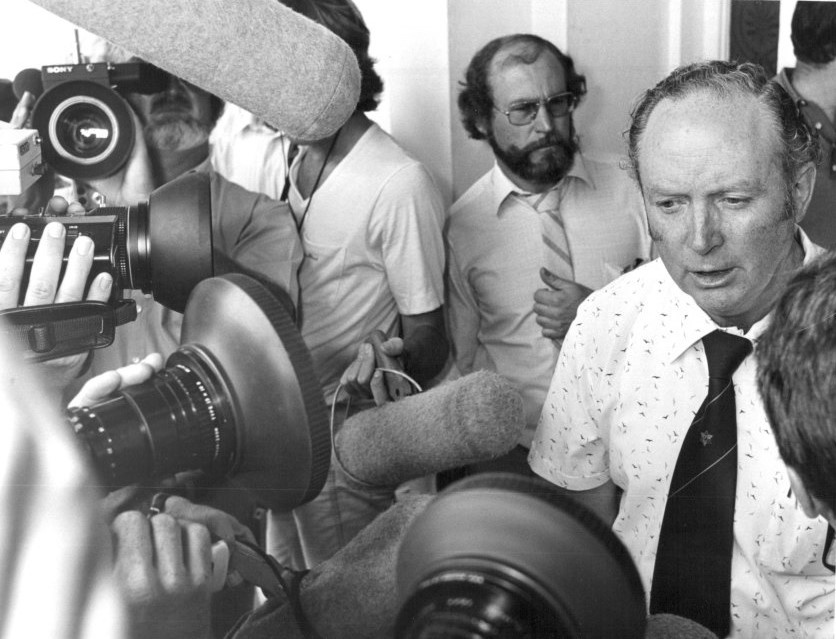 State Secretary of the ARU Jim Walshe, beseiged by media after his members voted to stay out on strike at a meeting held at Parramatta Town Hall. February 17, 1982. CREDIT: FAIRFAX

Under the Labor government of Neville Wran, the union and Walshe got on well with Minister Peter Cox but under State Rail Authority CEO from 1982-87, David Hill, there were tensions, industrial conflicts, and strikes.

After one bruising confrontation in 1984, a two-and-a-half hour meeting was held with Premier Wran. Throughout the negotiations, the Premier took a coin out of his pocket and started tossing. Walshe said: “Look, Premier, the problem … is that we’re not going to tolerate redundancies in the railway.” Wran responded: “I can’t put it on paper, I will give you a guarantee that during the term of my government, there will be no redundancies in the railway.” Walshe ended the dispute when he agreed: “I’m prepared to accept that.”

It was a different story, however, under the Greiner and Fahey governments, though the government mostly facilitated voluntary redundancies and considered the union mostly reasonable in pitching its demands. But with a drastic reduction in services, closures of country services, outsourcing, and significant reductions in the workforce, conflicts were inevitable.

Among many legacies are the formation of the Australian Rail Tram and Bus Industry Union in 1993. Walshe with others initiated the amalgamations of unions in a historically divided industry. Perhaps one of his most difficult negotiations, he believed so strongly in the need for the amalgamation that he planned his retirement to allow the enlarged union to commence with new leadership.

He served as a delegate to Labor council of NSW from the early 1970s, he was elected a Vice President in 1984 and served as a member of the ACTU Executive from NSW from 1985 to 1989.

In the Australia Day 1988 Honours list, he was awarded the Medal of the Order of Australia for services to the trade union movement.

He took early retirement in 1992 and as a resident of Matraville for nearly five decades was a well-known member of the St Michaels Golf Club at Little Bay. He joined with other “old-timers” in 1989 to defend a takeover of the club that sought to convert it to an exclusive resort; a proposal that was anathema to the founders’ vision. They managed to muster enough members to attend in person to cast a blocking vote, albeit a narrow victory. A second vote shortly afterwards increased the block.

He was predeceased by Rosette in 1999. He was father and father-in-law of Hamish and Linda, Fergus and Veronika and brother of David and Chris (deceased).