By pure co-incidence I came across this photo in my travels through the internet. 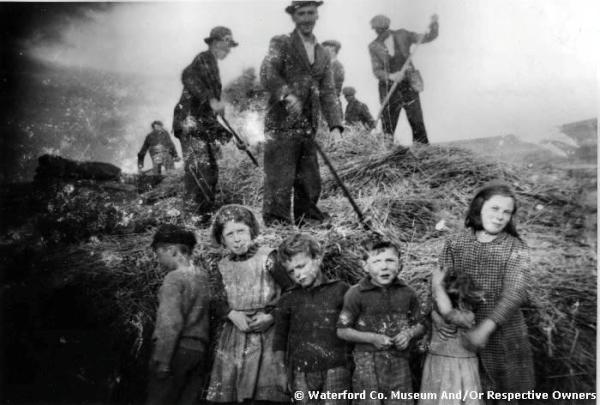 Children at a threshing in Dungarvan around 1940

People have always communicated with one another in some written form. For a long time it was in drawings and symbols.

The ancient Egyptians and Sumerians were the first people to create a writing system.

Until this point, it was assumed that only men wrote letters. But from the mid  18th century, gender division of letter writing began to be questioned publicly.

In 1763, the Ladies Complete Letter Writer was published. Instructions to ladies on how to write a letter differed greatly from men’s instructions. Men wrote business and formal letters. The ladies wrote invitations, acceptances and more informal and gossipy letters.

Letter writing was an important part of childhood instruction.

In 1860, the post office was invented, and then letter writing really took off.

I fear that we, in our generation are witnessing a decline in the art and practice of letter writing, certainly in the practice of writing letters to relatives to keep them up to speed with our thoughts and feelings and all the tittle tattle and minutae of our lives.

I hope you are following with me the trials and tribulations of the Gleasure family of The Square as chronicled in their letters;

I have recently come across another site called “Letters of Note”. It contains all kinds of interesting correspondence. I loved this one. I hope you enjoy it too.

In April of 1962, 18-year-old Keith Richards wrote the
following enthusiastic letter to his aunt, “Patty,” and described,
amongst other things, an encounter some months previously that would ultimately
change his life — the moment he met Mick Jagger for the first
time since being childhood friends.

Three months after the letter was written, “The Rollin’ Stones” played their first gig at the Marquee Club in London. The
rest is history.

So sorry not to have written before (I plead insane) in
bluebottle voice. Exit right amid deafening applause.

I do hope you’re very well.

We have survived yet another glorious English Winter. I wonder
which day Summer falls on this year?

Oh but my dear I have been soooo busy since Christmas beside
working at school. You know I was keen on Chuck Berry and I thought I was the
only fan for miles but one mornin’ on Dartford Stn. (that’s so I don’t have to
write a long word like station) I was holding one of Chuck’s records when a guy
I knew at primary school 7-11 yrs y’know came up to me. He’s got every record
Chuck Berry ever made and all his mates have too, they are all rhythm and blues
fans, real R&B I mean (not this Dinah Shore, Brook Benton crap) Jimmy Reed,
Muddy Waters, Chuck, Howlin’ Wolf, John Lee Hooker all the Chicago bluesmen
real lowdown stuff, marvelous. Bo Diddley he’s another great.

Anyways the guy on the station, he is called Mick Jagger and all
the chicks and the boys meet every Saturday morning in the ‘Carousel’ some
juke-joint well one morning in Jan I was walking past and decided to look him
up. Everybody’s all over me I get invited to about 10 parties. Beside that Mick
is the greatest R&B singer this side of the Atlantic and I don’t mean
maybe. I play guitar (electric) Chuck style we got us a bass player and drummer
and rhythm-guitar and we practice 2 or 3 nights a week. SWINGIN’.

Of course they’re all rolling in money and in massive detached
houses, crazy, one’s even got a butler. I went round there with Mick (in the
car of course Mick’s not mine of course) OH BOY ENGLISH IS IMPOSSIBLE.

“Can I get you anything, sir?”

I really felt like a lord, nearly asked for my coronet when I
left.

Everything here is just fine.

I just can’t lay off Chuck Berry though, I recently got an LP of
his straight from Chess Records Chicago cost me less than an English record.

Still I don’t get bored anymore. This Saturday I am going to an
all night party.

“I looked at my watch

If I was dead or alive”

Reeling and a Rocking

12 galls of Beer Barrel of Cyder, 3 bottle Whiskey Wine. Her ma
and pa gone away for the weekend I’ll twist myself till I drop (I’m glad to
say).

The Saturday after Mick and I are taking 2 girls over to our
favourite Rhythm & Blues club over in Ealing, Middlesex.

They got a guy on electric harmonica Cyril Davies fabulous
always half drunk unshaven plays like a mad man, marvelous.

Well then I can’t think of anything else to bore you with, so
I’ll sign off goodnight viewers

Who else would write such bloody crap 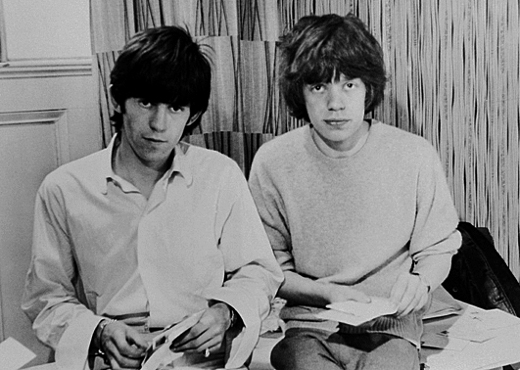 The picture that is in every paper today 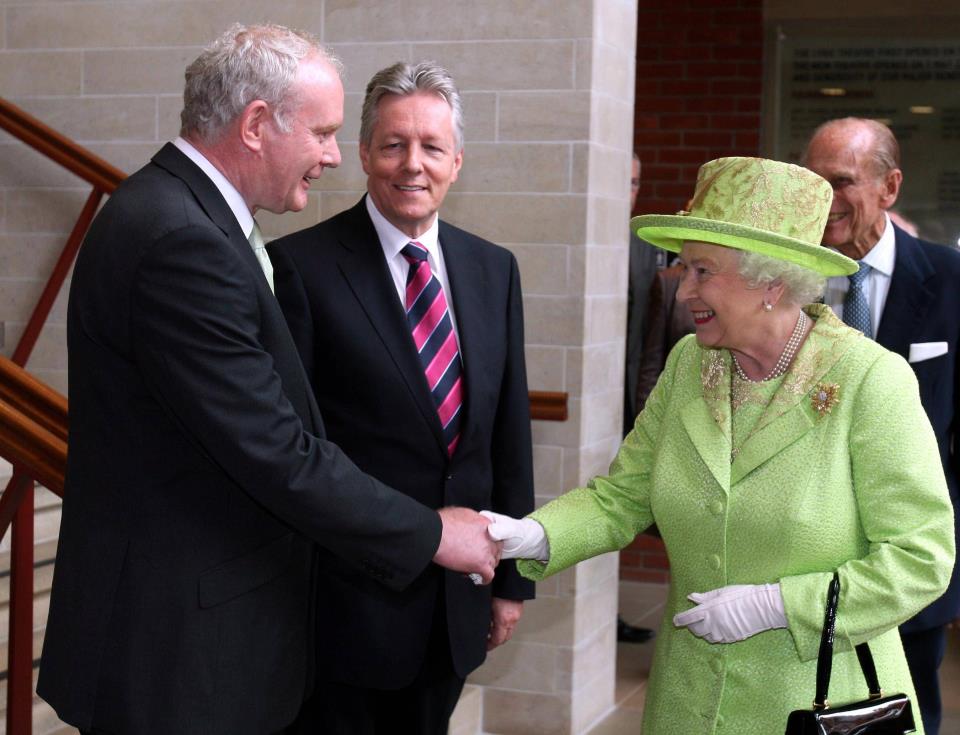 Did we ever think we would see the day?

No bowing, apparently, but lots of smiling.