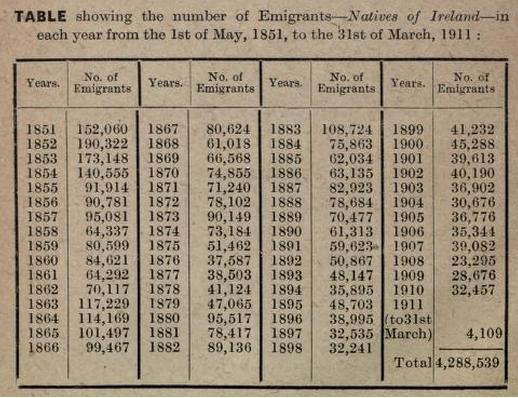 These figures tell a sad story.

Many of their descendants now are out there looking for their roots and they are learning these 5 golden rules of genealogy:

#1 Leave no stone unturned, unless
it is a headstone.

#2 Handwriting legibility is
inversely proportionate to a document’s importance.

#3 The further away a cemetery or
library is, the more awkward the opening hours will be.

#4 The relative you most need to
talk with is the one whose funeral you are currently attending.

Good blog about emigration “by the last guy left”.

It was not unusual for newspapers in far flung places to report a bit of Irish news. The above comes from New Zealand Tablet, June 5 1855.

The book that everyone is talking about! 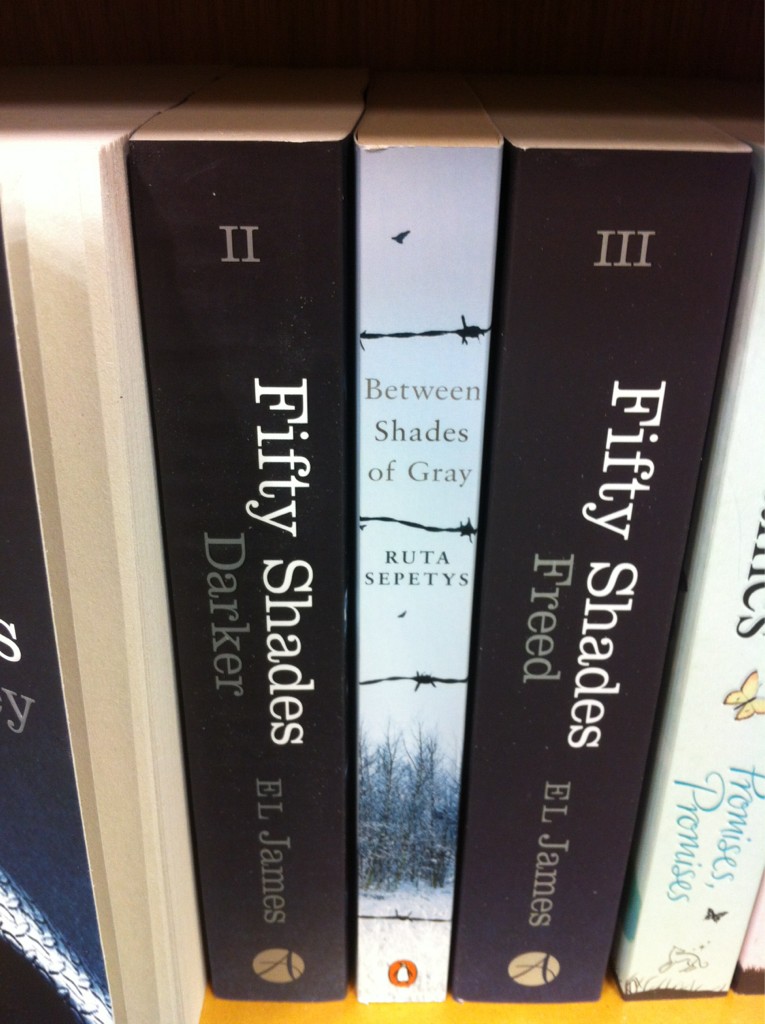 This is how the 2 sequels were displayed in Dubray Books in Dublin.

An old picture from Ballybunion of the Bunny Dalton Band. 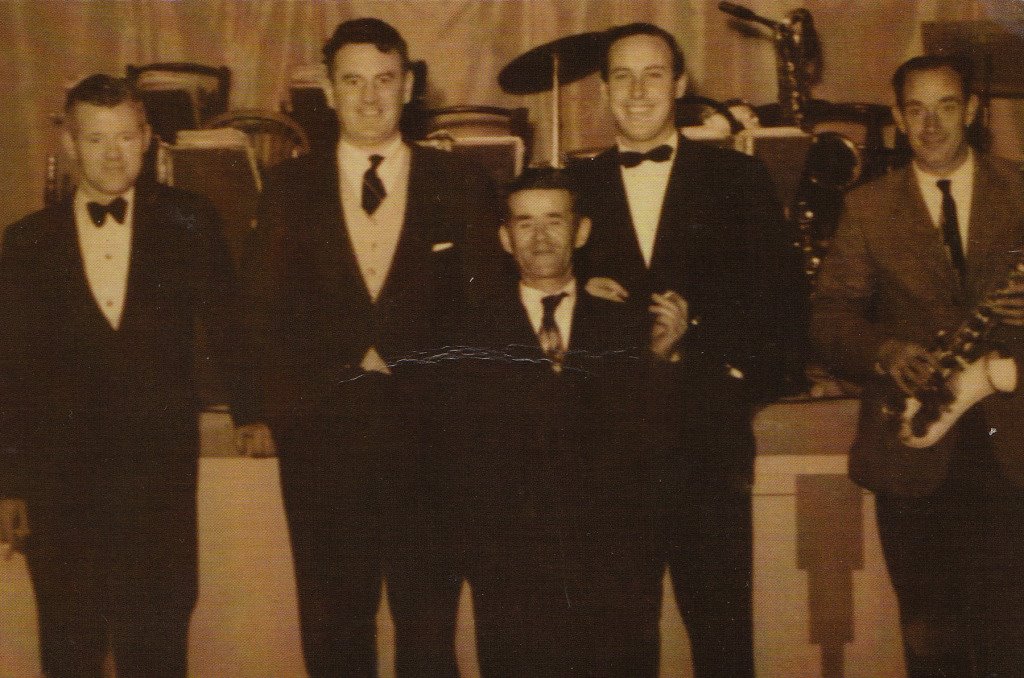 The committee were approached by Mr. Bill Kearney who
asked would the club allow

a few pitch and putt holes to be placed in the Alley
ground. He wanted a base in

which to commence a pitch and putt club for the town.

over the wall on to the main road.  If the traffic then was as heavy as it is
now, serious

damage could have been done.

However, Mr. Kearney used this to his advantage when
he approached the Town

Council to include a pitch and putt course in the
Town Park (Cows Lawn). A nine hole course was granted to  Mr. Kearney
and thus, the Listowel Pitch and Putt Club was formed. Indeed, two men,
John Joe Kenny and Kevin Sheehy who were stalwarts of the handball club for
years gave wonderful service to the Pitch and Putt Club for

Con Gorman, Tony O’Neill, Jimmy Canty and others  but the building of the new

Alley and handball ceased to be played there.

off so both the handball and squash courts were
utilised for other purposes.

and with no
handball committee formed for many years, and following the  advice

from former members, decided to sign over the alley
ground, which was purchased

by the handball committee in 1962, to the safe
keeping of the Listowel Town

Council.  This
was done through the good offices of Pierse-Fitzgibbon, Market

Street, Listowel with the one request that if at any
time in future years the

every way possible if they are looking for a site to
build a new handball alley.

Strangely, though the Alley ground was legally signed
over to the Town Council three

or four years ago, this transaction has still to be
acknowledged by the Council or the

The above is a brief history of the Listowel Handball Club. As I was
engaged in

their time to the club, before or after my years.

Hopefully, the wonderful game of handball will return
again in all it’s glory to the