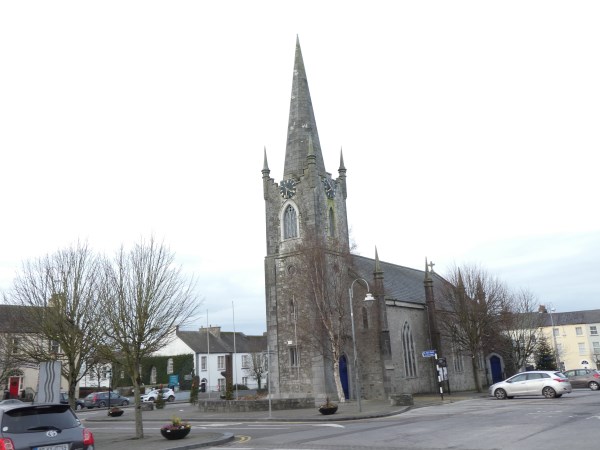 Listowel Town Square was once a Protestant enclave. St. John’s, the Church of Ireland place of worship dominated the landscape. It’s central position today is reflective of Listowel’s role as leader in the field of Irish Arts and Theatre. This little theatre is one of the huge assets Listowel has which set it apart from other towns of similar size. If you dont go regularly, make a resolution to go in 2019. You wont be disappointed. 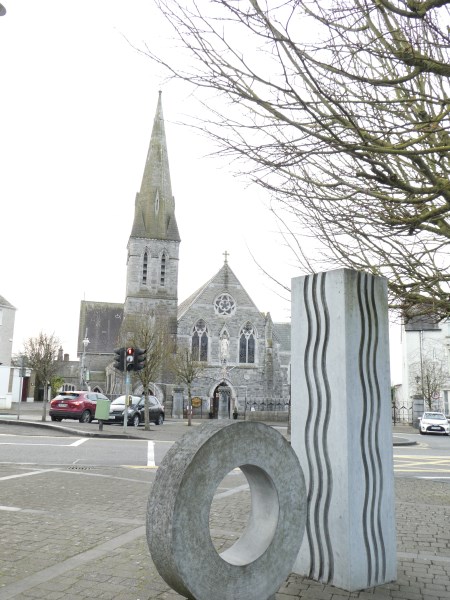 St. Mary’s is across the road. 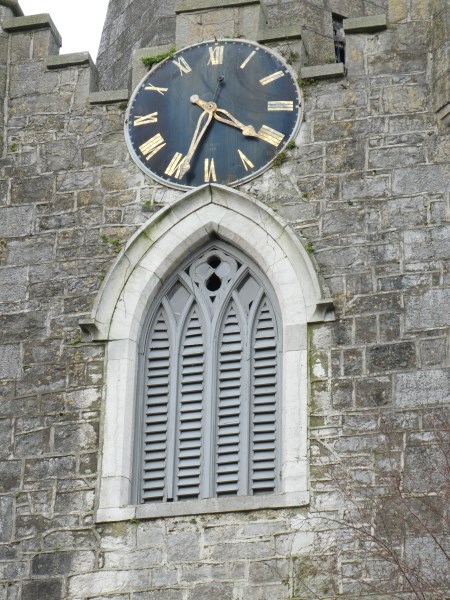 The clock on St. John’s needs attention. It’s about 6 hours fast. God be with the days when people depended on public clock’s like this one to tell them the time.

A Manhole cover on Church Street 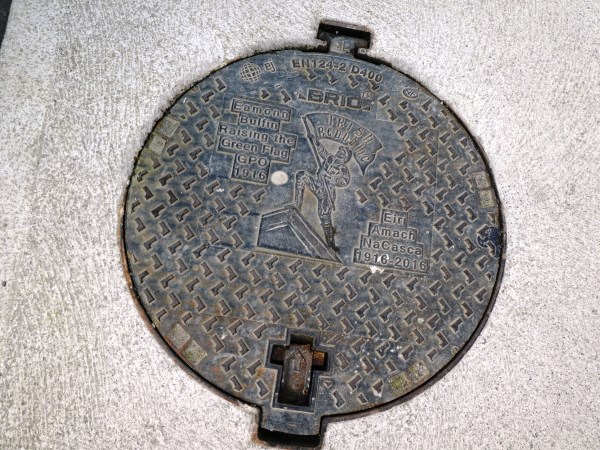 These manhole covers were designed to commemorate the Easter Rising of 1916. They were put down in 2016 celebrating the anniversary.  I don’t think they replaced all the manhole covers, but if one needed to be replaced they put in one of these commemorative ones. This one shows Eamonn Bulfin raising the flag at the GPO. It’s on Church Street. 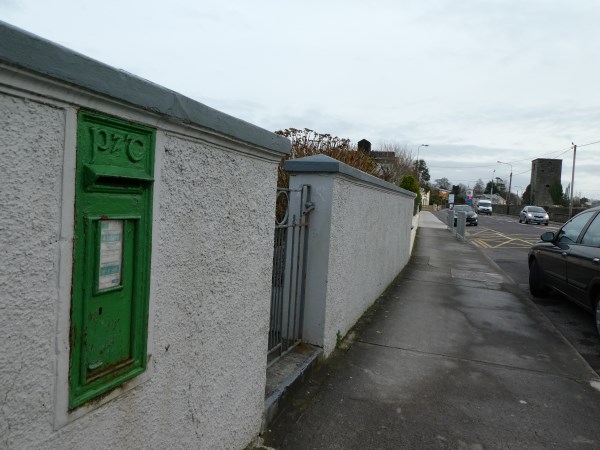 I was standing by the manhole cover when I took this to give you an idea of where to look for it.

There was a time when every fair ended in a fight. Here is an account from a local child of the great faction fights in North Kerry in the 19th century.

On the 13th of May fair in Listowel some time previous to 1830. some Magheragh men (Ballyduff, Causeway, Ballyheigue, Killanhan, etc) were selling potatoes. A discussion arose as to the comparative merits of the potatoes between the Magheragh men and the cúl-na-lín (Culeen near Listowel) men. The discussion ended in a fight, where the Magheragh men got off the worst as they wouldn’t have the backing in Listowel that the others had.

As far as I know there was only one man arrested for it, a well to do man named Leahy of Ballinorig near Causeway. Many others went on the run but were never arrested. He was tried and sentenced to be transplanted (transported?) to Freemantle.

For three quarters of a century afterwards the people in this district and in North Kerry generally recorded events from the year the boat was drowned” or from the night of the big wind”. After the tragedy the faction fight slackened and died down and the famine helped to put an end to it altogether.
Even some old people take pride in the fact that their ancestors took one side or the other in the faction.
Collector, Murtie Dowling, Informant
Denis Lawlor, Address, Causeway, Co. Kerry

Two martyrs are mentioned in connection with Listowel. Thaddeus Clancy of  Co.Limerick was arrested, speared and beheaded on September 15 1584, on refusing to renounce his religion. His head was taken to Listowel and exposed to the mockery of the heretics.

In 1691 Fr. Gerald Fitzgibbon,OP,  superior of Kilmallock was captured by Williamite forces near Listowel and summarily executed.