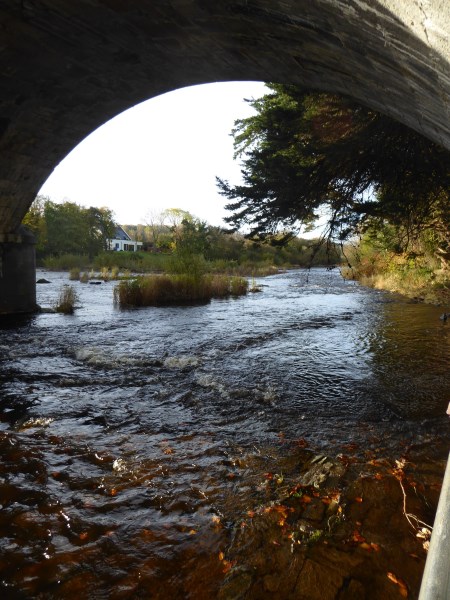 Bernard O’Connell of Listowel and Canada posted this great old picture on Facebook. 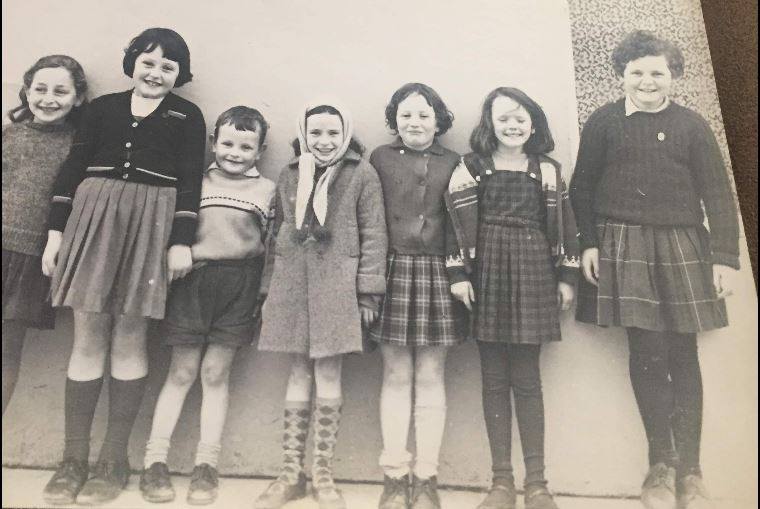 Big Year next year for the Rose Festival

(Photo and text from Traleetoday.ie) 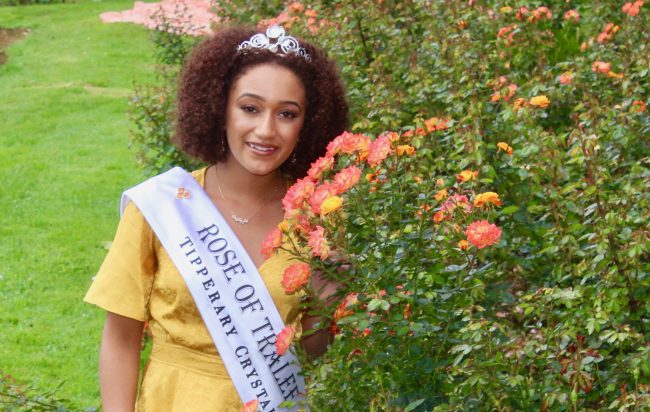 NEXT year is a very special one for the Rose of Tralee International Festival as it celebrates its 60th anniversary.

It’s already been announced that there will be no regional finals and centres will put forward a Rose every two years (apart from Kerry, Cork and Dublin) resulting in just 32 Roses coming to Tralee next year for the festival.

Now, in another change, it’s been decided that the Festival will move back a few days. It will start on Friday, August 23 and the  2019 Rose of Tralee will be announced on Tuesday, August 27.

For the past number of years the Festival has started slightly later than mid-August (this year it began on August 17), but next year will bring it closer to what it used to be years ago, with the winner announced closer to the end of the month.

There was a blessed well in Jim Woulfe’s field and one day they washed clothes in it and that night the well changed out to Tom O’Connor field which was two fields away. People used go there on Sundays and especially Sundays of May. Some people used go there to get cured from some disease they had and they would leave a piece of cloth of the bushes round the well. There used also around the well three times to every rosary they would say. It is called Sundays Well. If you were to be cured at some wells you would see a fish.
Eileen Shine
Address
Gortdromasillahy, Co. Kerry

On Sunday Nov. 11 2018 the Listowel History Society organised a moving commemorative ceremony to honour all the North Kerry men who served in WW1. In the church, after an evocative memorial mass, local school children read out the names of men from their area who had died in the Great War. 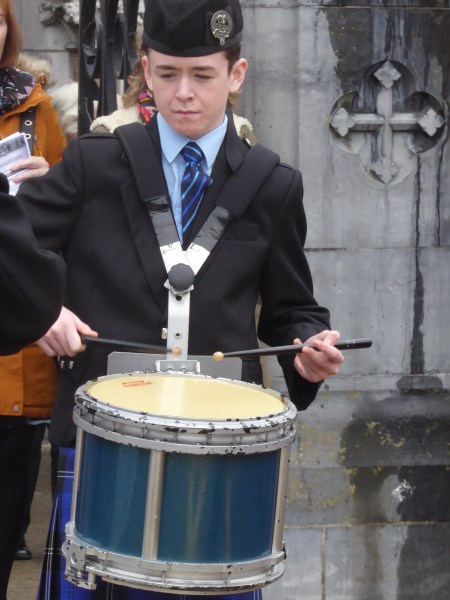 I dont know if other people saw something very poignant in the sight of this drummer boy.

Drummer boys were part of armies as far back as history goes. They were originally tasked with ensuring soldiers marched in time. By the time of WW1 these young boys (they were not actually soldiers as they were usually under 18) were more like regimental mascots. But young and all as they were, they went into battle alongside their regiment and many of them died. 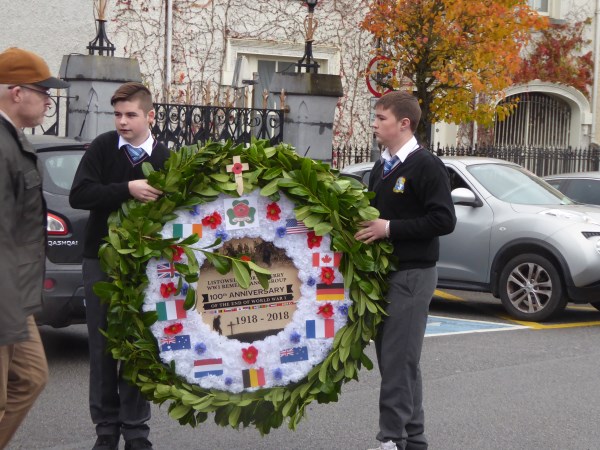 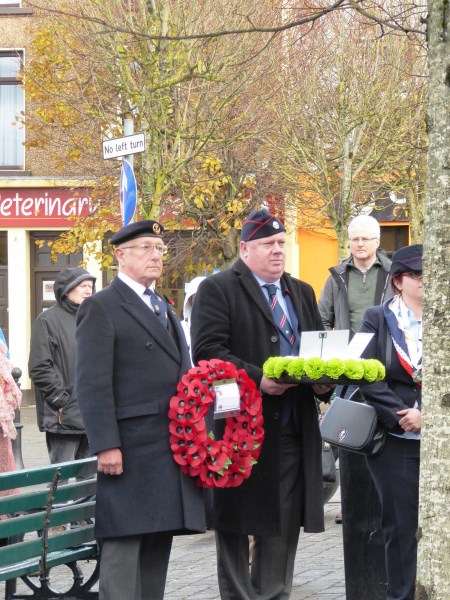 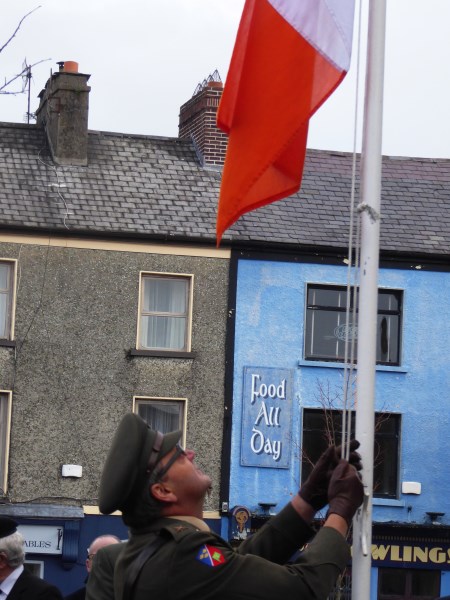 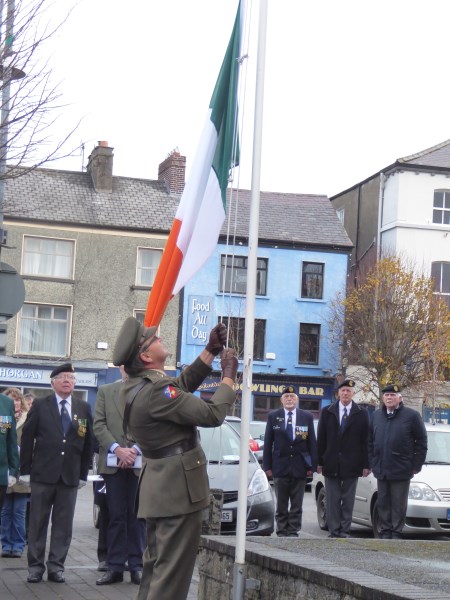 The tricolour was lowered and then raised again. 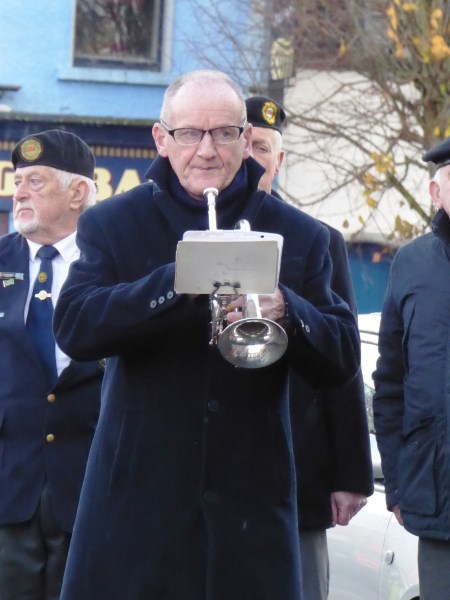 The bugler played the last post.  We stood for two minutes silence and we played the National Anthem. 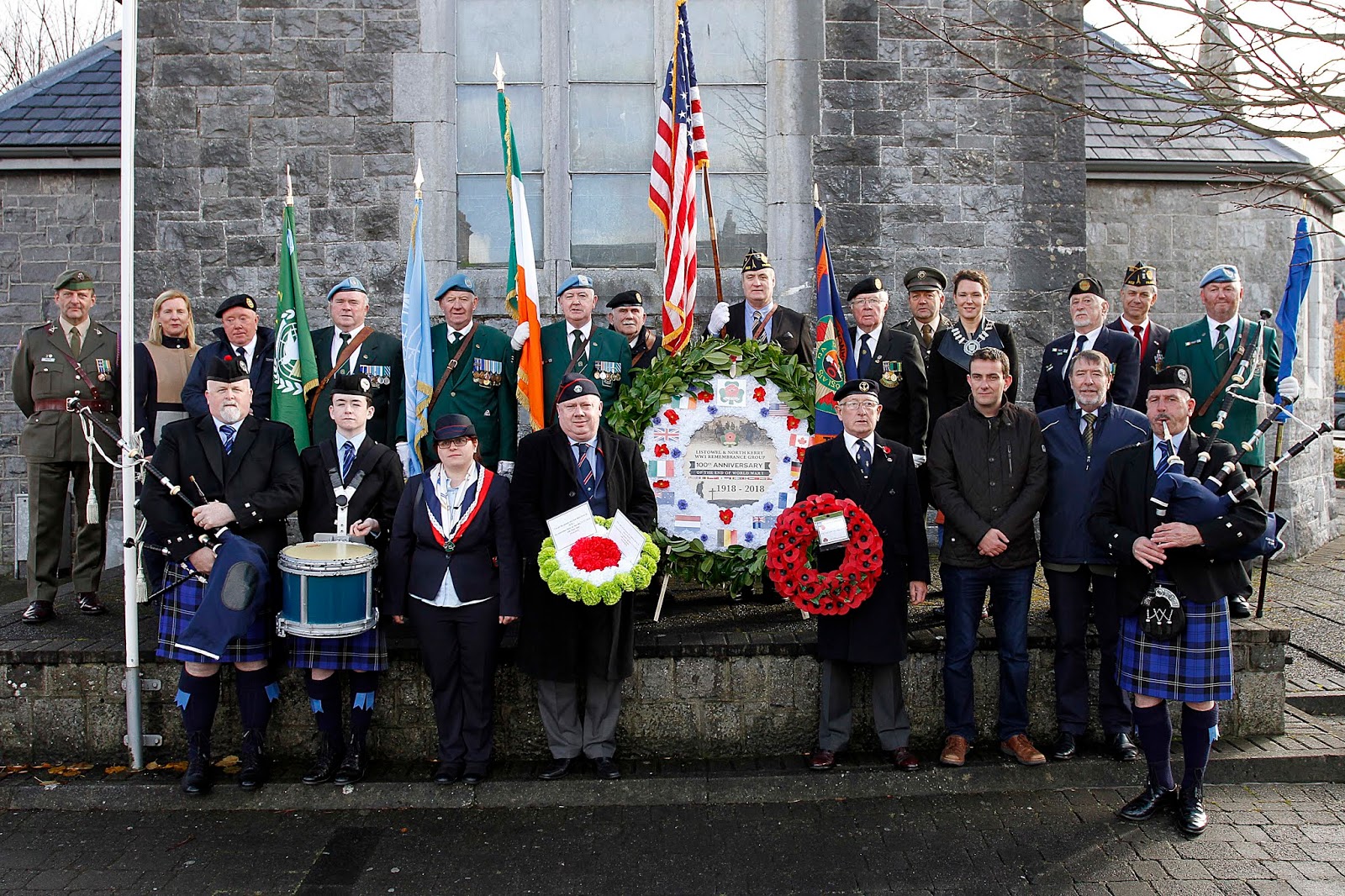 John Stack shared with us this photo of those who were part of the Armistice Day Ceremony in Listowel on Sunday, November 11 2018 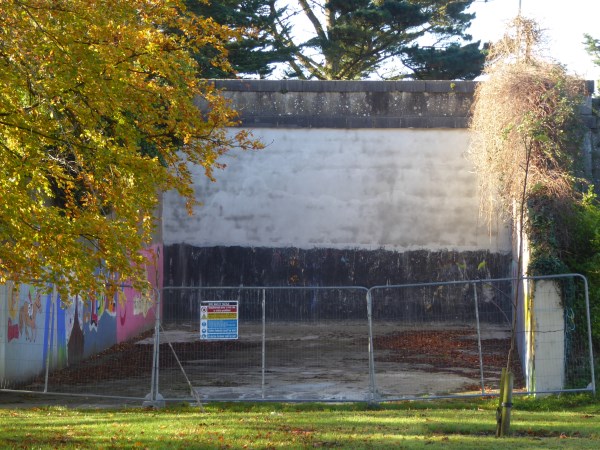 Listowel Children in the 1960s, A Holy Well and Armistice Day Centenary Commemorations in Listowel