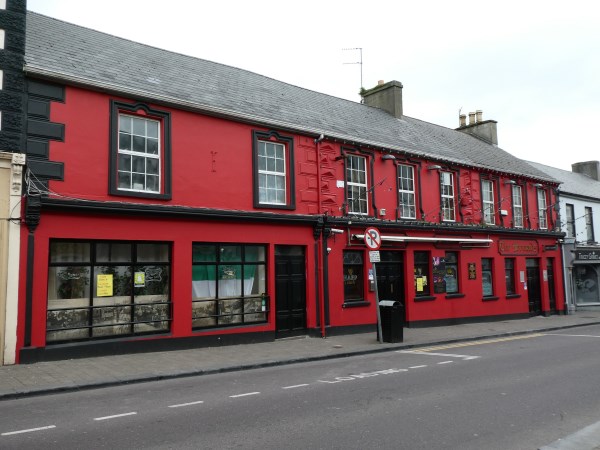 The Mermaids nightclub, formerly The Three Mermaids and before that Fealey’s shop

The Fall of the Fitzmaurices of Old Court, Lixnaw 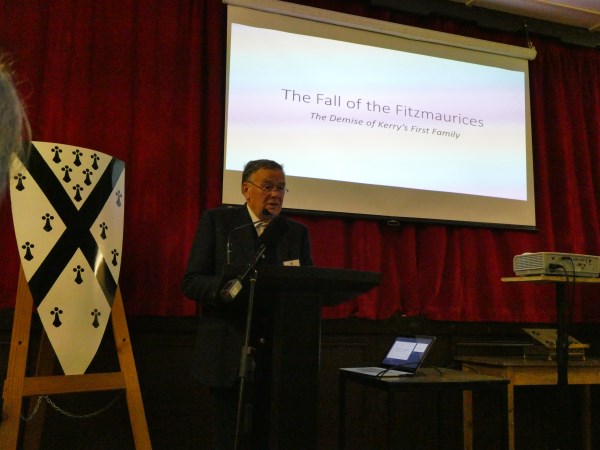 The newly formed Lixnaw Heritage and Historical Society held a great event in The Ceolann, Lixnaw on Sunday April 28 2019.

We were treated to informative and entertaining presentations and we got great insight into how the other half lived. This family owned huge tracts of land acquired through purchase and marriage, they built lots of houses here, in the UK and in France. They amassed and squandered fortunes and they had their fair share of scandal and court appearances to their name. 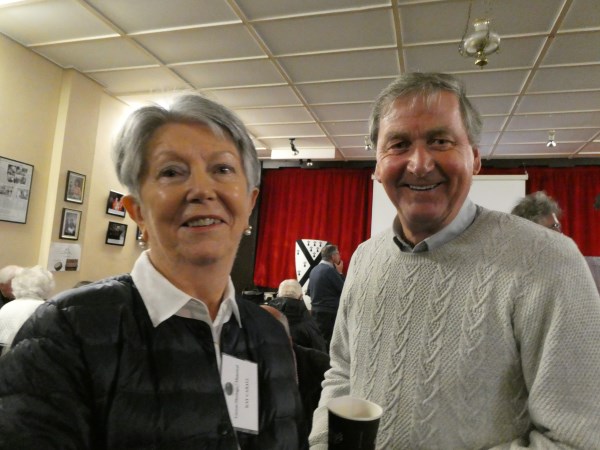 Ballyheigue historian, Bryan MacMahon with Kay Caball who was one of the speakers. Kay’s tale was spiced with accounts of lavish spending fuelled by the sale of many of the family assets.

“After a gather comes a scaterer” 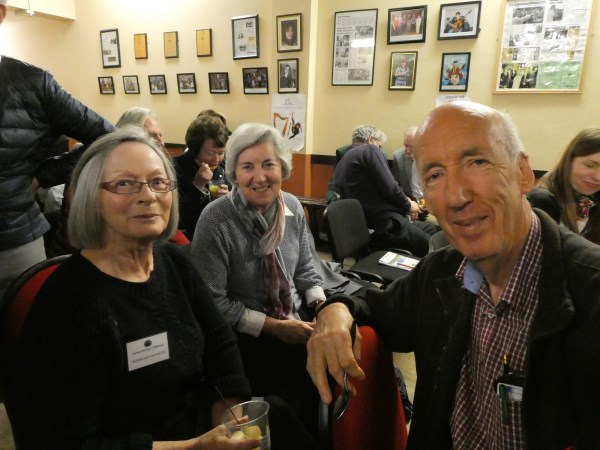 Rosemary Raughter gave us a presentation on the very interesting life of Arabella Denny who married into the Fitzmaurice family and redeemed it for a while. She is pictured here with Mairead Pierse of Listowel and Joe Harrington of Lyreacrompane. 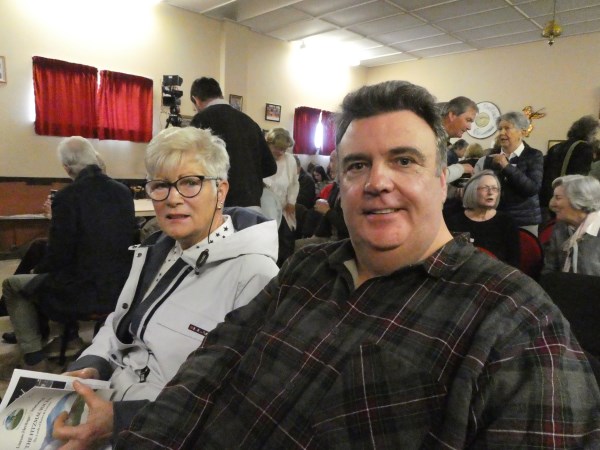 Listowel folk came to hear about the antics of their Lixnaw neighbours. 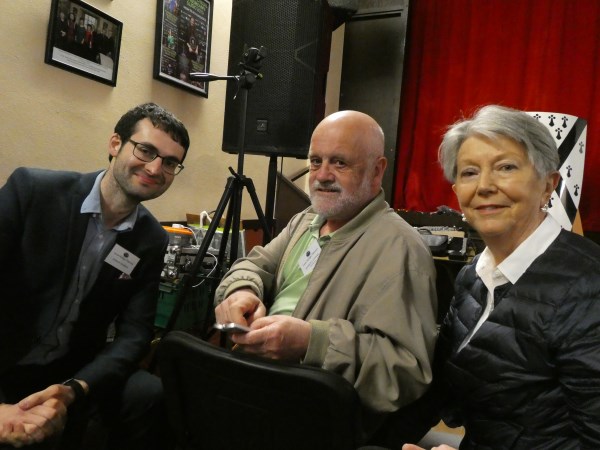 Kay’s book on the Fall of the Fitzmaurice is due out in November.

Below are a few Lixnaw stories from the Dúchas collection.

There are the ruins of the Old Courts near my district. The castle was built by Thomas Fitzmaurice in the year 1200. It is derelict since the 1780. It is situated in the townland of the Old Courts, in the parish of Lixnaw and in the barony of Clanmauricce and in the County of Kerry. Thomas Fitzmaurice was the some of Maurice Fitzgeraldd and Maurice Fitzgerald for Lixnaw from Raymond Le (Gos) Gros. The Lady of Kerry once said there were no places worth living in but London and Lixnaw.

The Castle long ago was an important and majestic building. There were grand rooms in it with beautifully decorated offices and there were costly paintings on the walls and a beautiful, ornamental entrance. There were beautiful gardens near the castle. They gave banquets and parties at night to their friends. They gave entertainment of music and song and dance. A huge bullock and fat sheep and dozens of wild fowl were brought to the various tables

There is an old ruin in Lixnaw and another in Listowel. They belong to the Norman times. The Fitzmaurice family lived in Lixnaw Castle 1215-1582. These two castles Lixnaw and Listowel were built about the same time as the castles around this district and they were destroyed about the same time also. If you go to Lixnaw the old people would show you the “Cockhouse” and the Hermitage and the “old Court”. Lixnaw was the seat of the Geraldine family in Munster. There was a young child in the Listowel castle, he was brought out dressed in rags in order to save his life. He was taken secretly to England and educated there. He was allowed back in later years and in changed times and made governor of Kerry.

38Lixnaw MonumentThe Monument of Lixnaw was built about the year 1692. It was erected by Fitzmaurice. He got married to a protestant lady called Constance Long and Fitzmaurice preverted after his marriage. Fitzmaurice was the 20th Baron of Lixnaw and the 22nd in descent to Raymond le Gros. When his wife died in 1685 his people who remained Catholics did not want her to be buried in the family tomb in Kiltomey near by. He buried her outside the tomb but this did not satisfy them fully, however she was not disinterred. Fitzmaurice did not want any further trouble so he built this Monument for himself and his successors. He and his son and grandson were buried in this Monument. Fitzmaurice died in 1687. McCarthy Mor owned these lands first and he gave them to Fitzmaurice and they later came into the hands of Lord Listowel who sold them to his tenants under the Wyndham Act of 1903.Micheal Lynch,Soon, Ballybunion19-7-’38Note_ This Fitzmaurice 21st Baron married Anne, daughter of Sir Wm Petty of Down Survey fame, who had 50,000 acres. Her dowry was the Petty estate in South Kerry. The late Lord Lansdowne was a descendant. 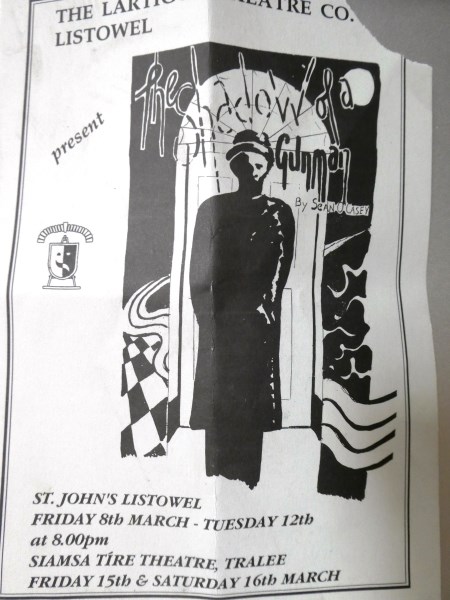 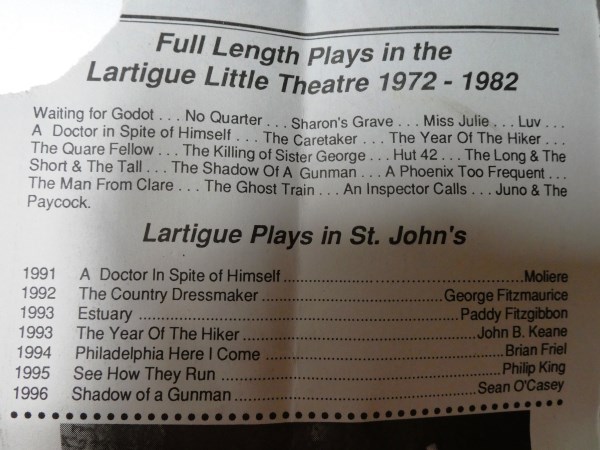 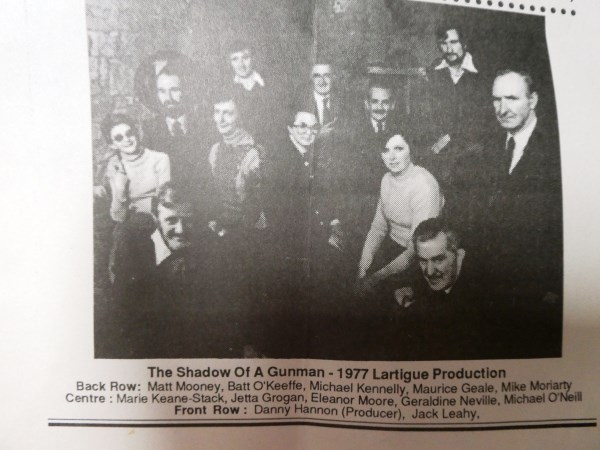 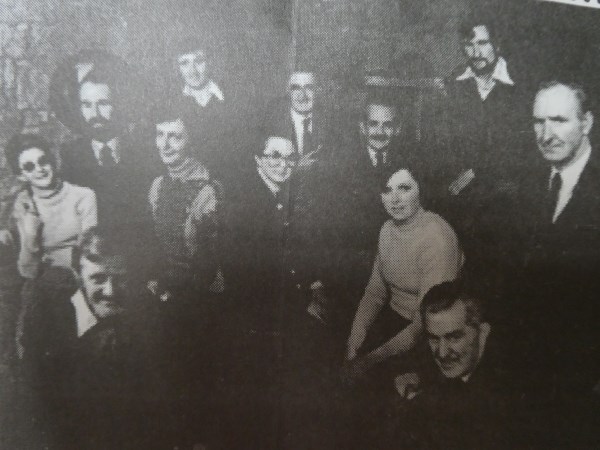 A Map of Listowel by Amy Sheehy

from the programme of the Acting Irish Theatre Festival 2019 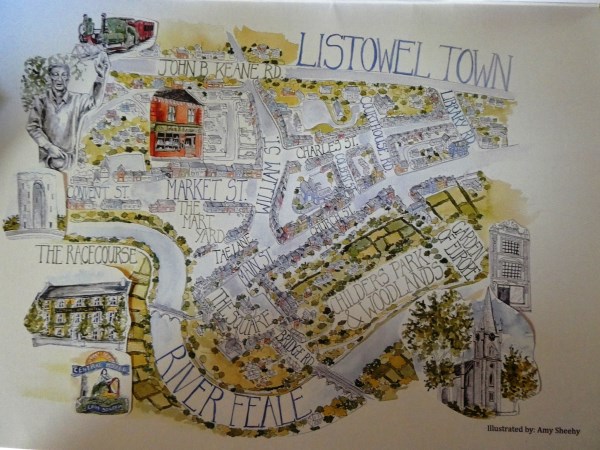