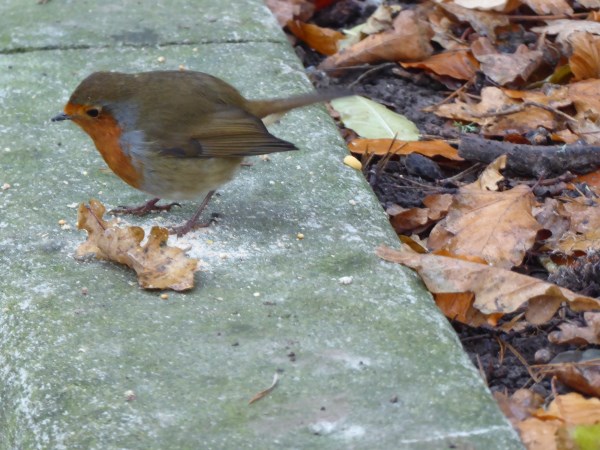 And we shall have snow

And what will poor robin do then, poor thing?

Well it’s not exactly snowing, but there is cold snap in the air these days and mornings are misty and foggy. 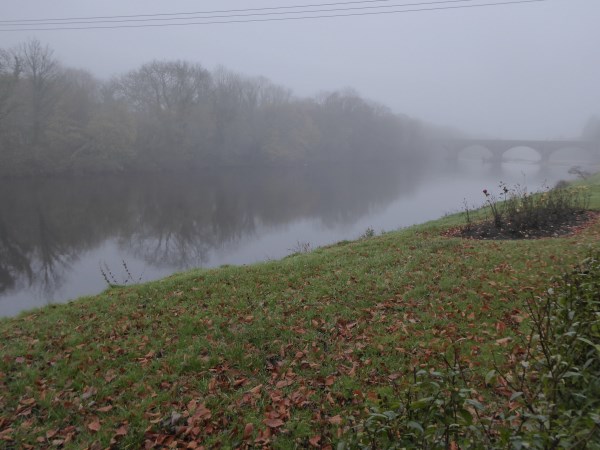 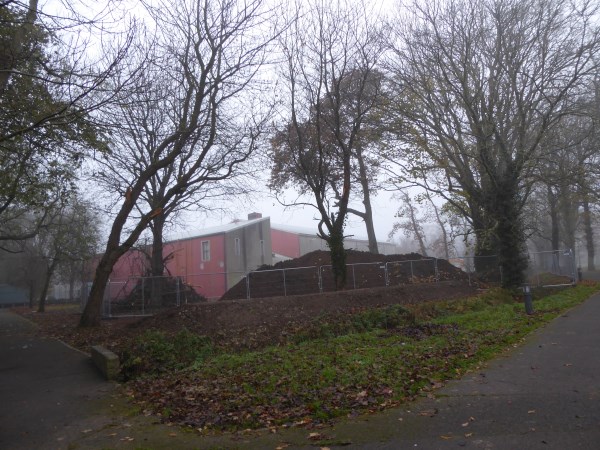 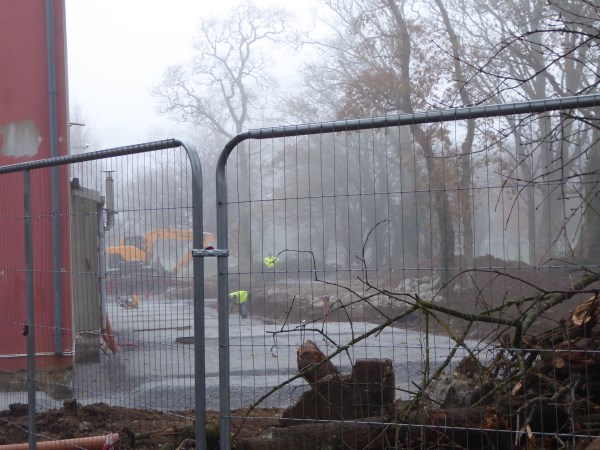 Work is continuing on the extension to the Community Centre. 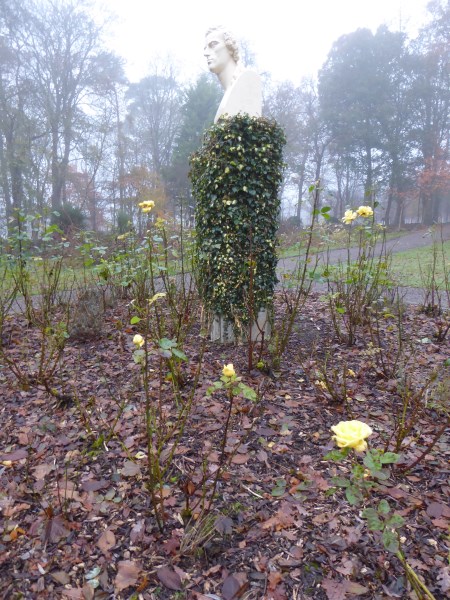 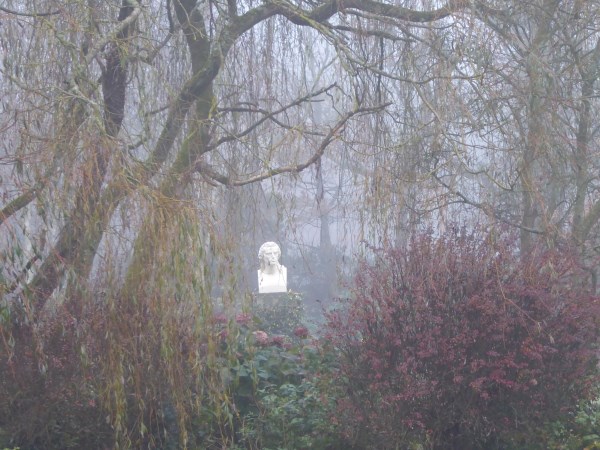 Schiller through the mist. 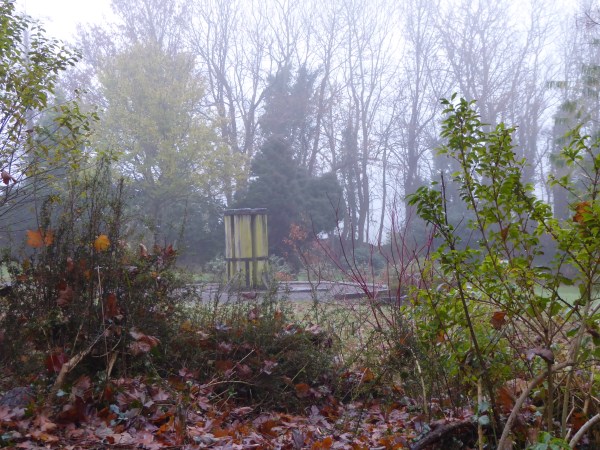 Holocaust Memorial in the fog 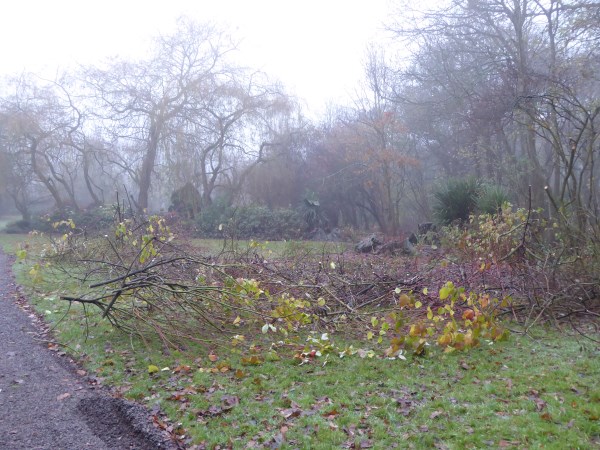 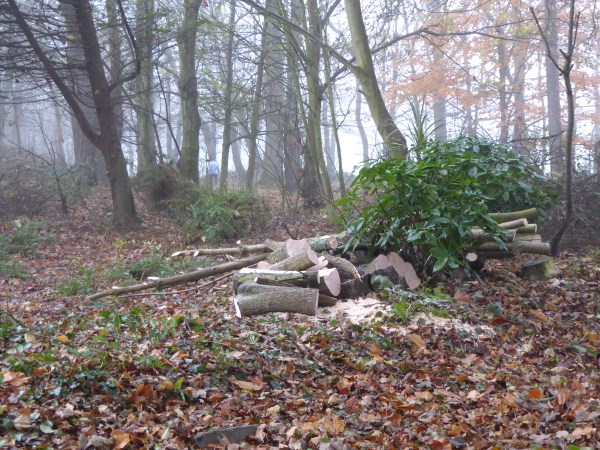 This pruning and clearing was going on last week. 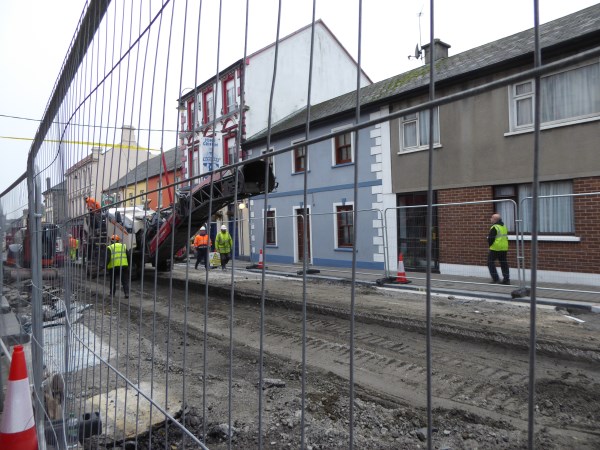 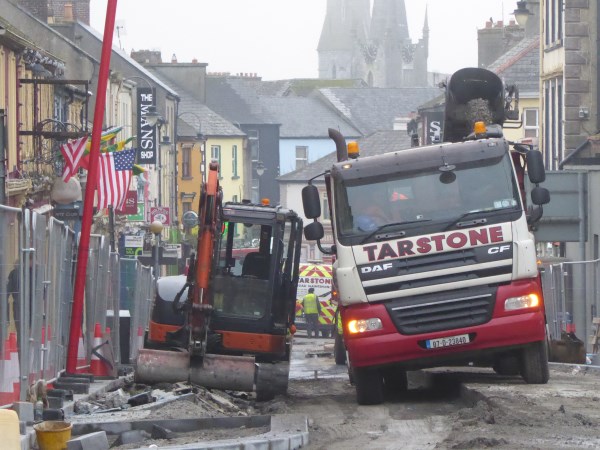 We had a great night in Listowel Community Centre on Friday evening November 25 2016. Pierce and Fitzgibbon gave us a bag to collect all the loot and freebies, Aoife Hannon made a hat, we had a snatch of Riverdancing, an interview with a handsome New Zealand rugby player, the Primary School band under the baton of Anne Brosnan and a fashion show. That’s just a small taste of what went on. 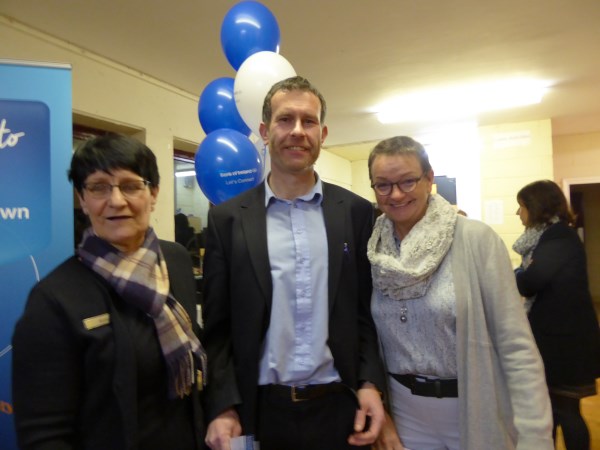 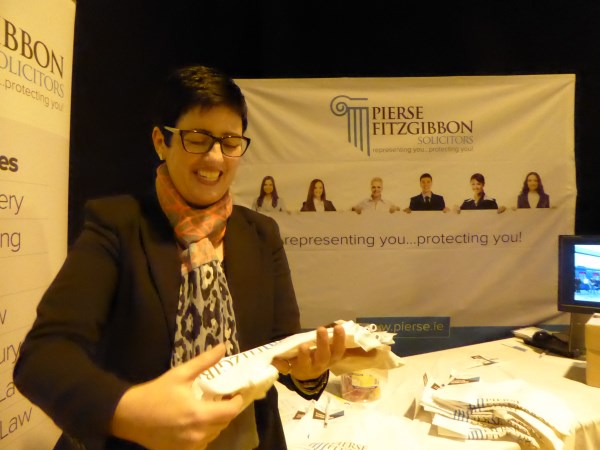 Handing out the loot bags 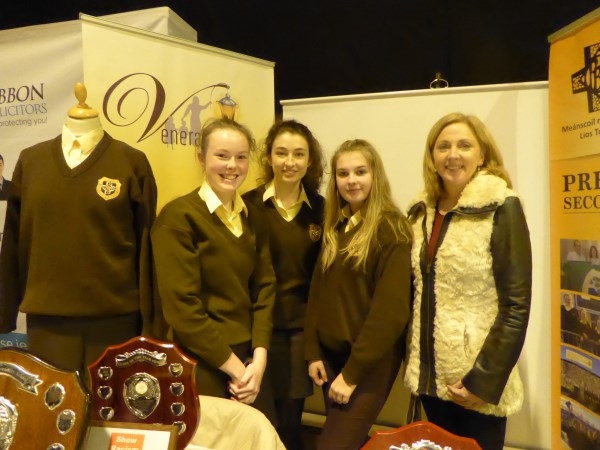 Marguerite with the Pres. girls 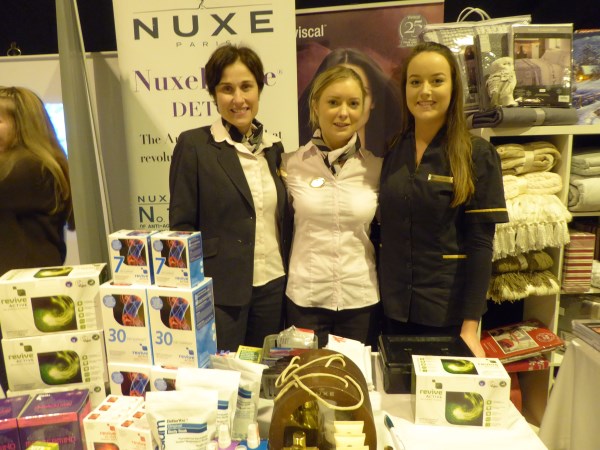 Trants Pharmacy was just one of the many stands running a competition on the night. I din’t win. 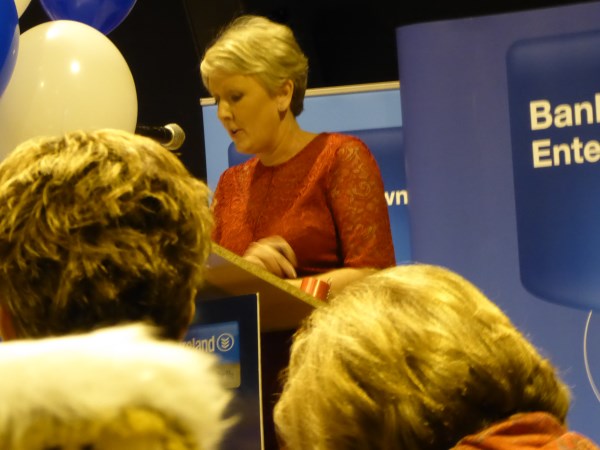 This lady is Denise Mullane of BOI. She was the MC for the evening as well as the very able organiser of things. 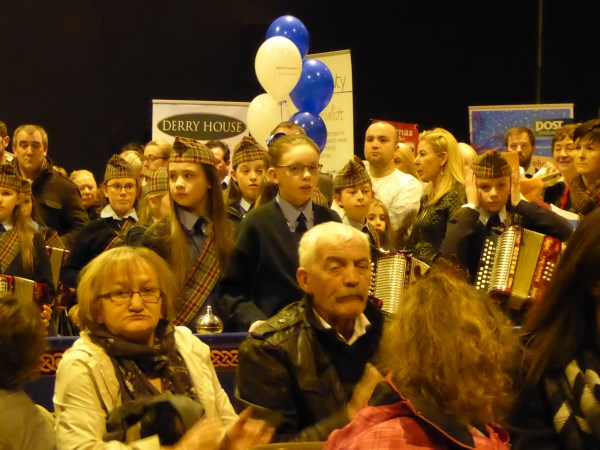 The convent primary band with some of the audience. 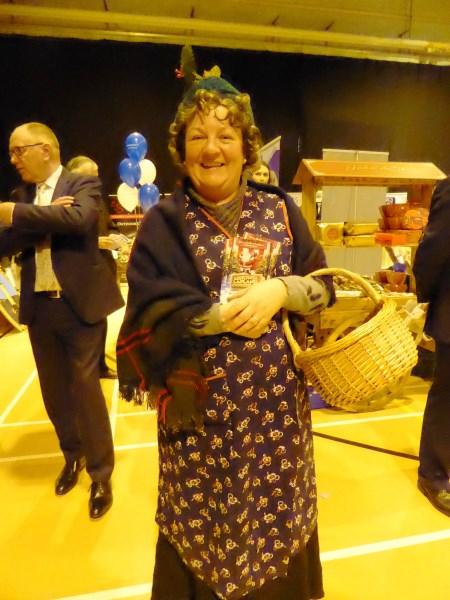 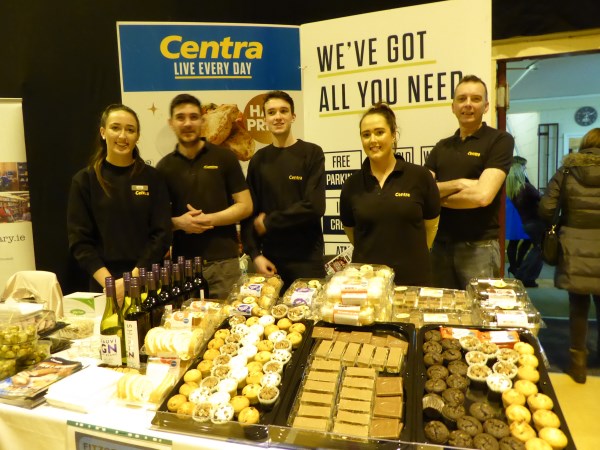 I looked away quickly from Centra’s oh so tempting display 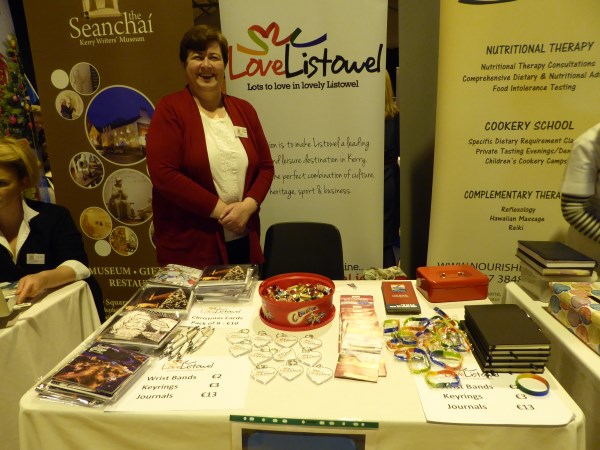 I bought a lovely journal from the Love Listowel range at The Seanchaí stand. 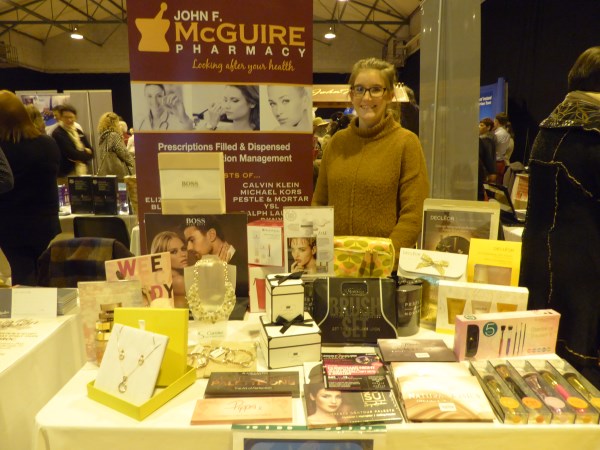 Holding the fort at the McGuire’s Pharmacy stand.

The Countdown has started 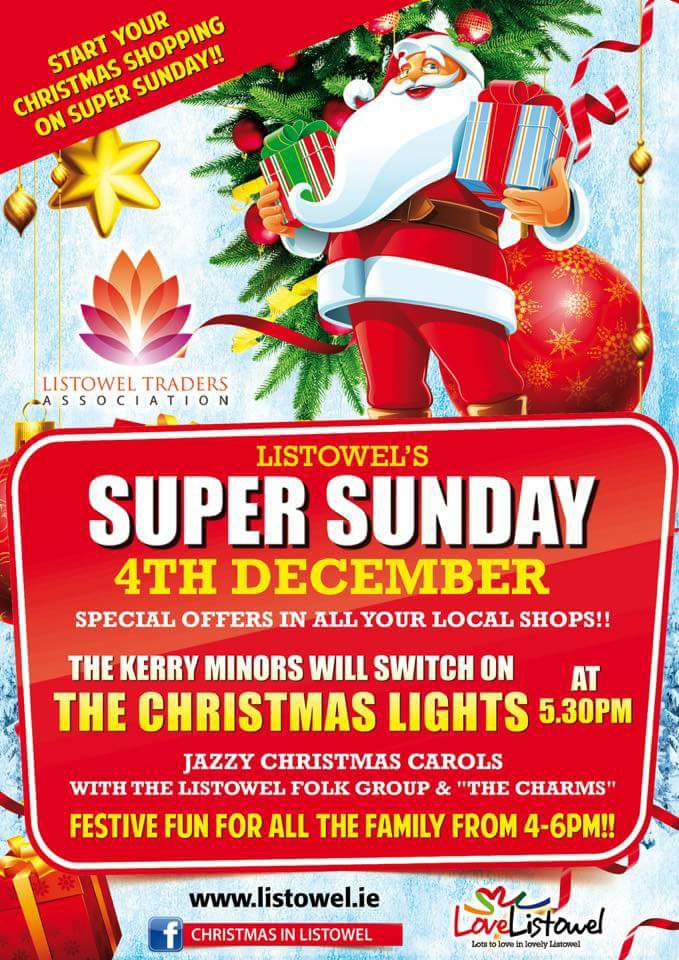 Bridge Road in the forties, BOI Expo and Ballylongford remembered