The Fr. Corridan referred to here in this account of a documentary on Tg4 last year is the son of a Duagh man. 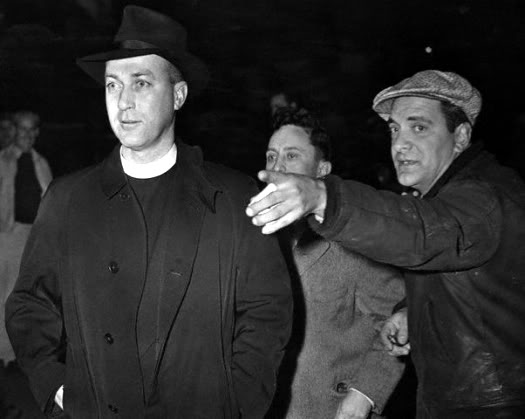 THE story of a courageous priest who took on New York gangsters and inspired a classic film is the subject of a TV documentary.

For over a decade, Fr John Corridan, a Jesuit priest who was the son of emigrants from Kerry, challenged Irish mobsters and corrupt union officials who controlled the New York waterfront during the 1940s and 1950s.

His one-man crusade struck at the heart of organised crime in the city and exposed extortion, corruption and murder.

His campaign for the rights of dock workers led to the 1954 movie On the Waterfront, starring Marlon Brando, which won eight Academy awards.

Fr Corridan’s father, John Corridan, of Duagh, Listowel, emigrated to New York at the turn of the last century. His mother, Johanna Shanahan, came from a small farm in Lisheenbawn, near Castleisland.

Coinciding with the centenary of Fr Corridan’s birth, a documentary chronicling his remarkable crusade has been made by RTÉ Nuacht journalist Seán Mac an tSíthigh, a native of the west Kerry gaeltacht.

To be broadcast on TG4 on Sunday, it is the first television documentary to be made about and inspirational, but largely forgotten, figure in Irish-American history.

In 1945, Fr Corridan was assigned to the crime-ridden New York waterfront. Working in the predominantly Irish ghettos of Hell’s Kitchen and Chelsea, the priest was shocked to discover the brutal exploitation of the ordinary dock worker.

Gangsters connived with powerful businessmen and corrupt politicians to generate huge wealth at the expense of the working class. More than 100 dock workers were murdered between the world wars but nobody was ever convicted of the crimes.

The revelations sparked public outcry among the citizens of New York and led to extensive investigations into the criminal operations of the port and the eventual downfall of high-ranking union officials.

Every now and then on its website Life magazine publish some old photos that were not published in the magazine at the time. These are photos from the inauguration of JFK in January 1961. It was bitterly cold and snowing. 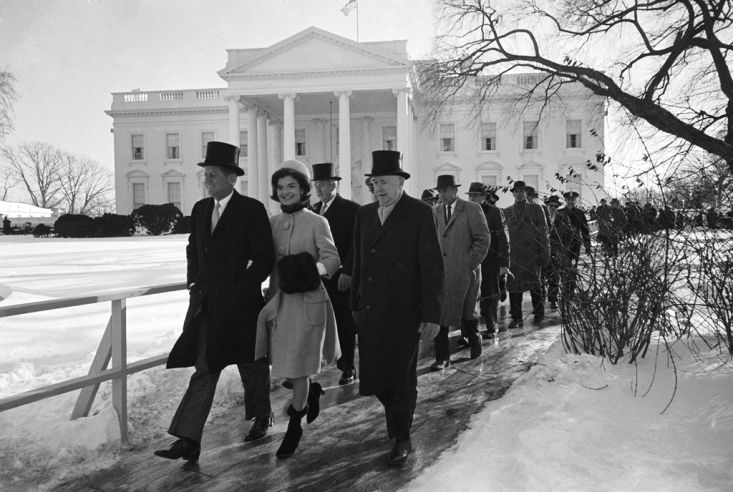 The presidential party on its way to the ceremony. 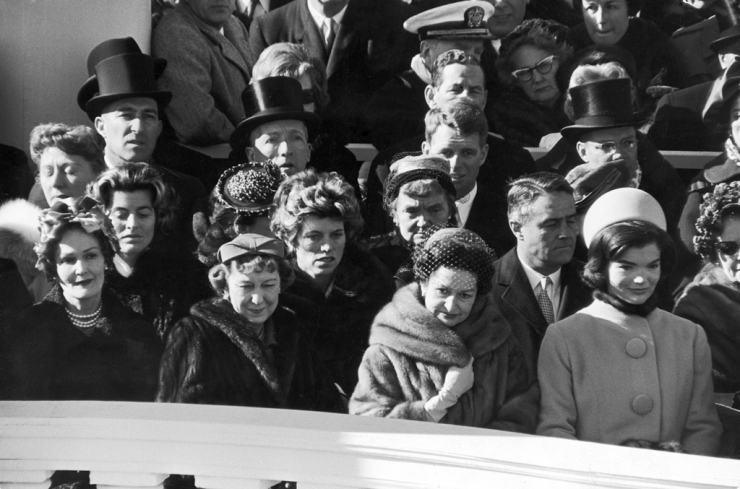 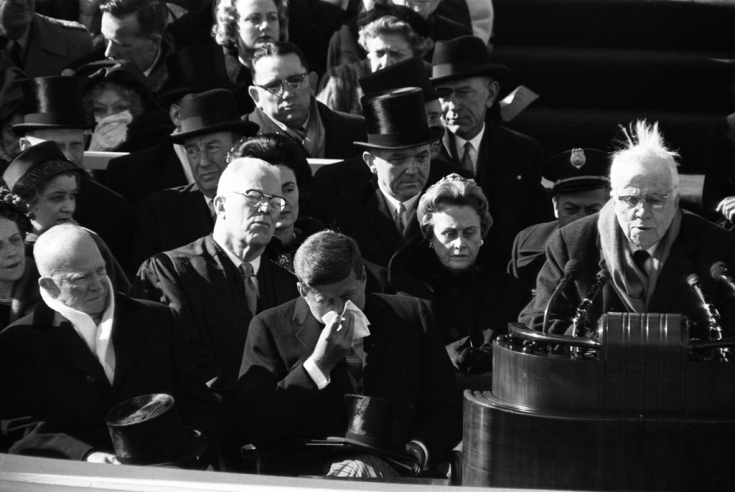 Robert Frost wrote a poem especially for the occasion but it was so cold and windy that he couldn’t see it properly to read it (no teleprompter in those days) so he recited an old poem of his from memory. 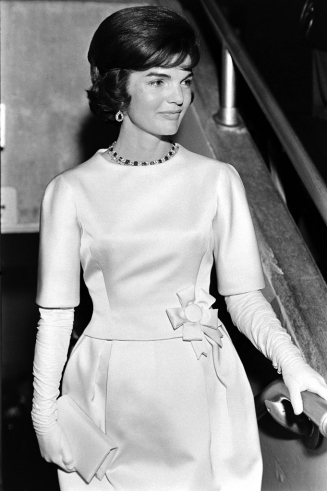 The first lady on her way to one of the many balls.

An old ad from the days when children were happy with a cut of bread and jam. 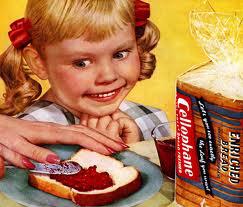 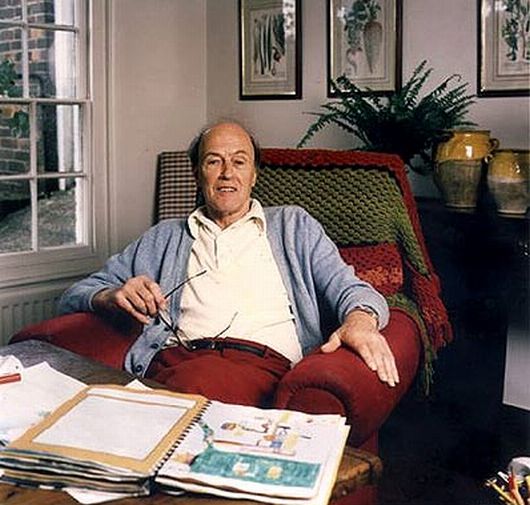 Yesterday was Roald Dahl Day. He has given so many so much enjoyment.

John Kelliher got this lovely shot of Spar with the ferris wheel in the background. 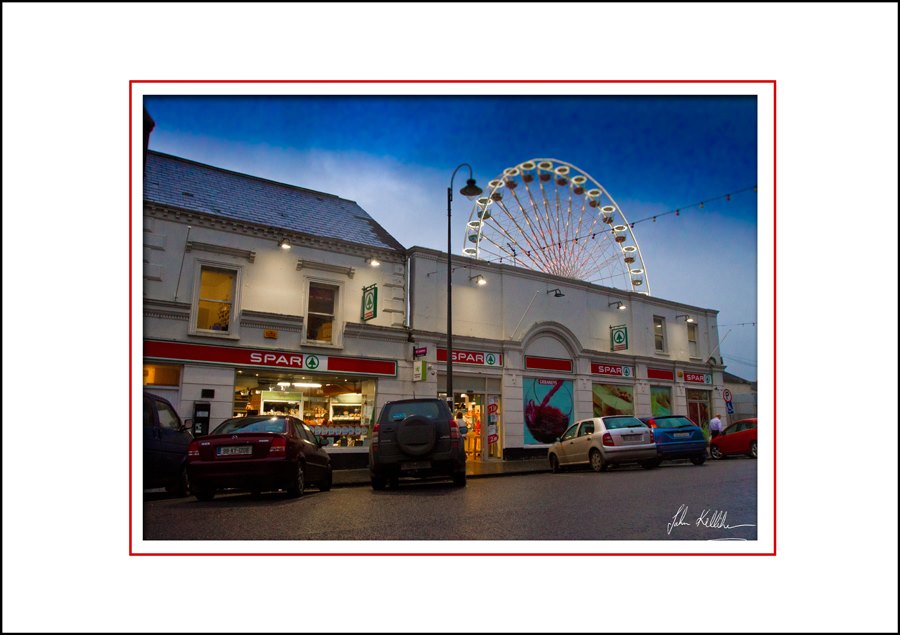