Today I have a great story from a lovely lady, Julie Evans.  She is pictured below with her huband, Glyn on a recent trip to Turkey. 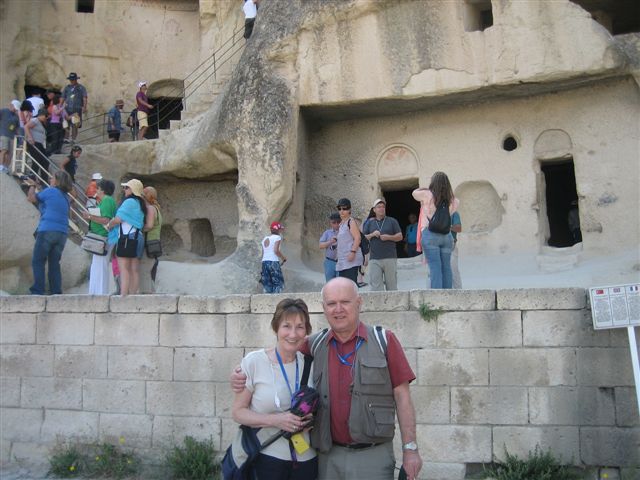 First I have to make a few minor announcements;

1.  Thanks a million to everyone who has sent me material. I am really grateful to people who are helping me write this. Without your help I would have to rely on the own meagre resources and we would have more stories culled from the newspapers and less of the real meat like today’s post. I will get round to using all the stuff eventually so please be patient with me. And do keep it coming!

2.   I’m thrilled to see that I have a few new “followers” BUT, be warned, you won’t get email alerts unless you put your email address into the little feedburner box underneath the followers pics. I have no access to the email addresses of followers unless you email me at listowelconnection@gmail.com

3. Don’t forget tonight in The Family Centre. Bring whatever details you have and we’ll see what we can achieve.

4.  Keep plugging away at the quiz. This could be won on a small score, I feel.

5.  If you have any ideas for NKRO, email them to me or to nkreachingout@gmail.com

Now, as promised, the story of Bridget Ryan 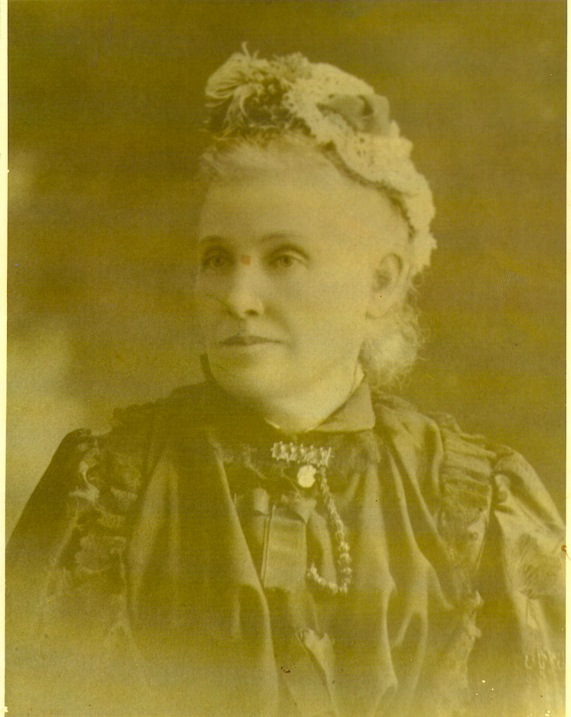 This is Bridget as an old lady. We have no photo of her from her time in Ireland.

(I am so proud of my grt-grt grandmother, Bridget. She crossed the world as

little more than a child, left all that was known and familiar, made a newlife in a very different country, became the mother of 12 children who tooktheir places as well established Australians and was loved and respected byher community – what more could one seek? )

Bridget was born in County Limerick. Her obituary says “native of Limerick, Ireland”. Her obituary also says she died (10 November 1909) just before her 74th birthday which would have fallen on Christmas Day 1909. From this I assume she was born 25 December 1835.

Re Johanna:Records in Bruff show that Johanna was the daughter of Timothy Haynes and Anne Hogan. Her baptism was 29 December 1808. Only marriage record for her parents is possibly one found for Timothy Hynes and Ellen Hogan on 25 October 1795.

Re Anthony and Johanna:A Limerick researcher found a marriage record giving the groom’s name as Lanty and then crossed out and replaced as Lancelot. The bride was Johanna Hynes and marriage took place 2 July 1831 in the Roman Catholic Church of Bruff. Witnesses were James Gavin and Anne Power. After Lancelot’s name were the words miles keeper. Miles is Latin for soldier but not sure of meaning of keeper in this context.

I assume that Johanna died before Bridget left for Australia (there is a record of a death in County Limerick in 1833 but I do not know if it is the correct record).

According to family lore, Bridget claimed to have been educated by French Nuns. It is interesting to note that The Faithful Companions of Jesus(founded in Amiens n France in 1820 by Marie Madelaine de Bonnault d’Houet)came to Ireland in 1842 and, as the original site at Oughterarde was too remote, they moved their school to Limerick in 1844 and opened a school on the Laurel Hill property in 1845. Could this have been where Bridget received her schooling? The Sisters also opened a school in Bruff in 1856 but this was after Bridget left Ireland for Australia.

According to NSW State Records, Bridget left Plymouth 28 October 1849 on the vessel Thomas Arbuthnot and arrived in Sydney, Australia on 3 February 1850. Her departure papers say that she came from Listowel Union ##see below. The Thomas Arbuthnot was carrying a number of girls as part of the Earl Grey Scheme. She must have been on one of the last vessels as the Scheme was suspended in May 1850. Below is some information about the Scheme.

The Great Famine in Ireland in the 1840s was a time of great change for the people of Ireland. The population of Ireland reduced significantly during this time with many people making the voyage to Australia.

Among those making the journey were approximately 4000 Irish female orphans under the Earl Grey Scheme. The immigration scheme was the brain-child of Earl Grey. He was the Secretary of State for the Colonies, and designed the program to meet an Australian demand for domestic servants and marriageable young women. It would also serve to reduce overcrowding in Irish workhouses.

In the late 1840s many ships came to Australia bringing young girls travelling alone. Ships carrying orphan girls included the William Stewart in May 1848 with 51 aboard, followed by the Mahomed Shah in July 1848 with 12 orphan girls. The largest number of orphans arrived on the Pemberton in May 1849 as part of the Earl Grey Scheme. 305 orphans disembarked from this ship after a voyage of 113 days.

The orphans arrived in Sydney, Adelaide, Hobart and Port Phillip and from these ports were spread across eastern Australia. Many suffered at the hands of their employers and husbands with beatings and violence. Others found their experience in Australia to be prosperous. Many married successful gold miners, landowners, farmers and shop keepers and led happy and fulfilling lives in Australia.

The scheme was relatively short-lived and only lasted two years as many ‘anti’ groups saw Australia being flooded with Irish immigrants. These young women were condemned in local newspapers as being unskilled, untrained and useless, and a financial strain on Australia. The Earl Grey scheme, although the brain-child of the Irish Secretary of State for the Colonies, was funded by the Australian people. In May 1850 the scheme was suspended. With the beginning of the gold rush, discussions surrounding assisted immigration passages were dropped as many migrants were now willing to pay for their own journey in the hope of making it big on the gold fields of Australia. 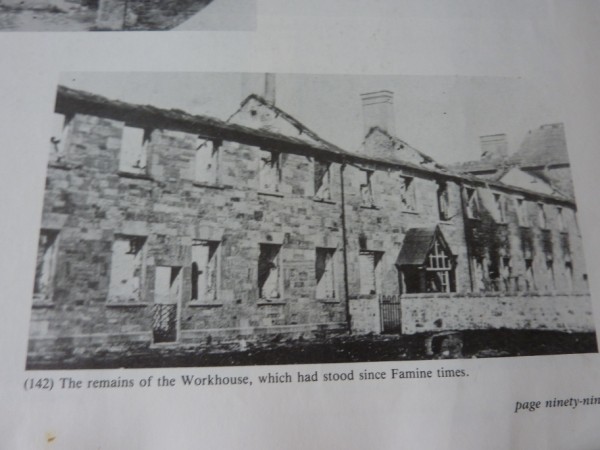 As you can see Julie has done some very thorough and painstaking research on her ancestor’s story. Tomorrow I will post more of Bridget’s story, including some material provided to Julie by Michael Lynch, archivist in The Kerry County Library.

This story is very interesting, in the light of what is happening today with so many of our young people emigrating to Australia. What was once the largest prison in the world is now the resort of choice for so many.