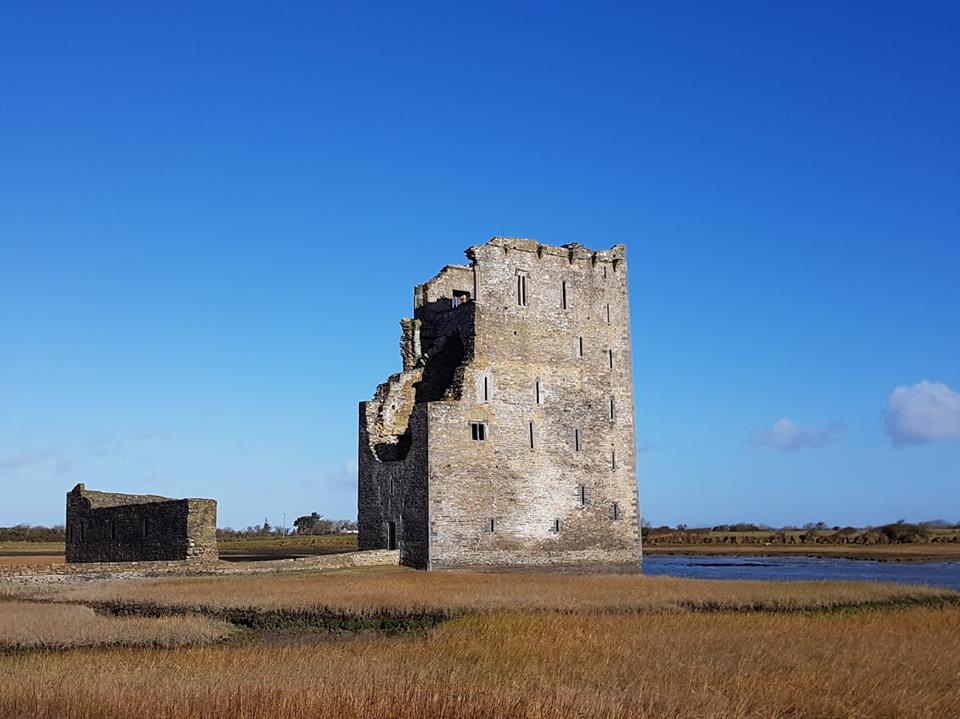 A Poem to raise a smile

And at each window bar

He shouted to the folks inside;

Path to the river

This path runs beside the Garden of Europe and leads to the River Feale. 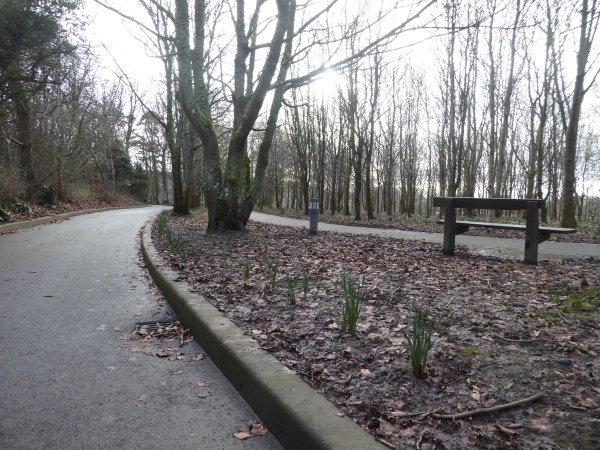 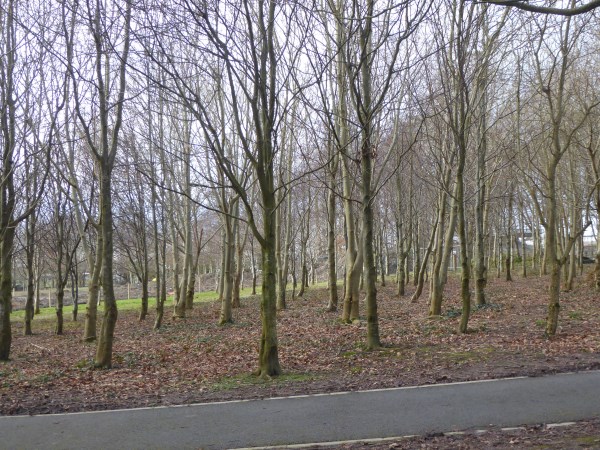 This stand of trees is relatively recent, certainly within the last 20 years. 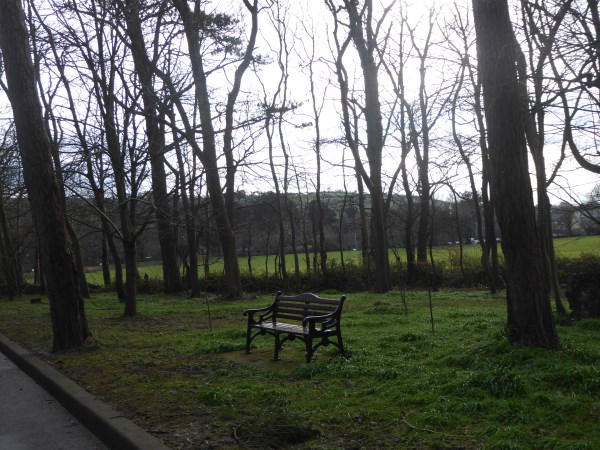 This seat will be surrounded by wild garlic in a few weeks. 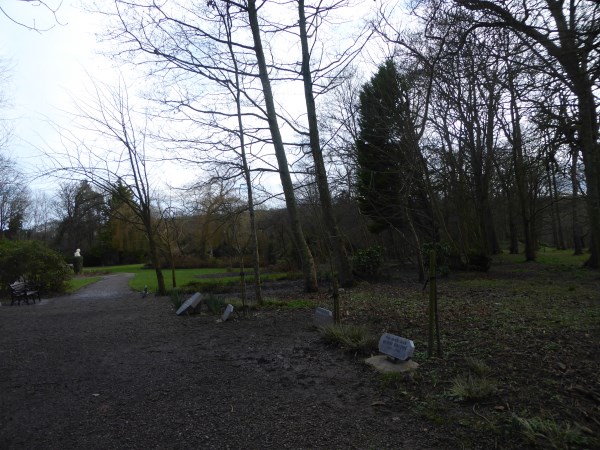 The Garden of Europe is looking very bare these days.

When is a Library not a Library? 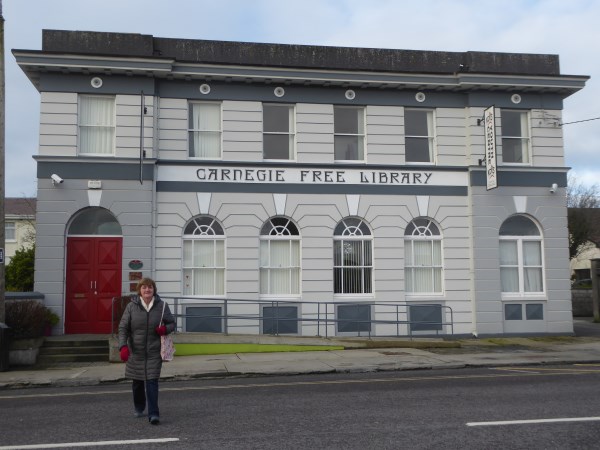 This building at Upper Church Street, Listowel was at one time used as a classroom. But Vincent Carmody reminds us that it was also once used as a playhouse.

Here is a quotation from Eamon Keane’s introduction to Vincent’s Not Kerry Camera;

“I looked across at the old Library Hall last week and saw again, in my minds eye, Horatio, the old yellow poster on the billboard outside:

For one week only- Anew McMaster and Full Supporting Company, In a Season of Plays Mostly by William Shakespeare’

As an entranced fifteen year old I had seen Mac as Oedipus (by Euripides) along with Patrick Magee and Donal Wherry playing in the same hall to a spellbound audience of locals, mountainy men and well- read countrymen. Some even sat on the window -sills, so packed was the auditorium”

Weren’t Healyracing a credit to Listowel on the telly? 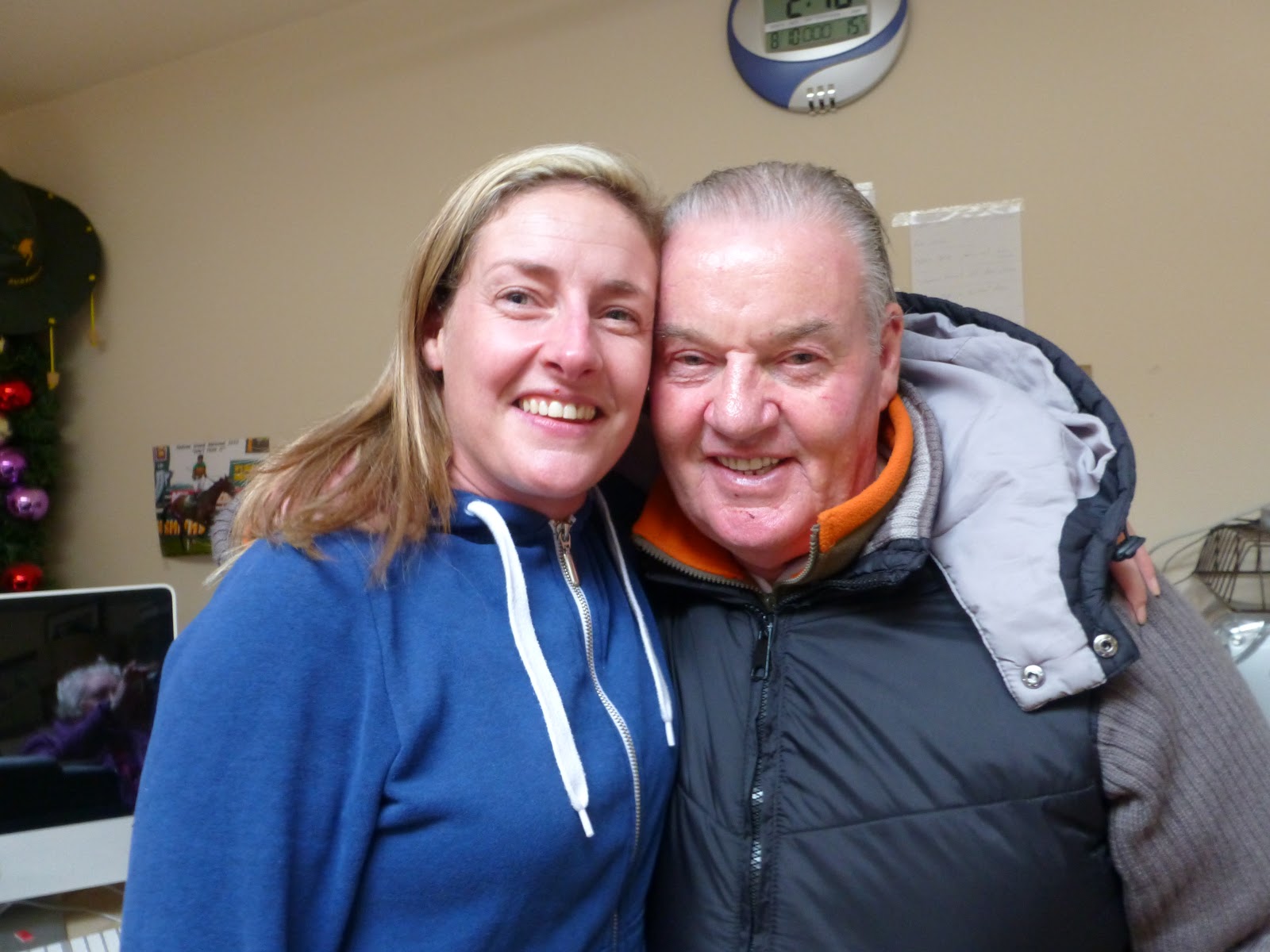 I took this photo a few years ago of Cathy Healy and her beloved dad, Liam.

He would have been so so proud of her and of all his family on Nationwide.

In case you missed it, here’s the link to the programme on RTE player

Nationwide from Castleisland and Listowel

Cranes as Symbols of Recovery 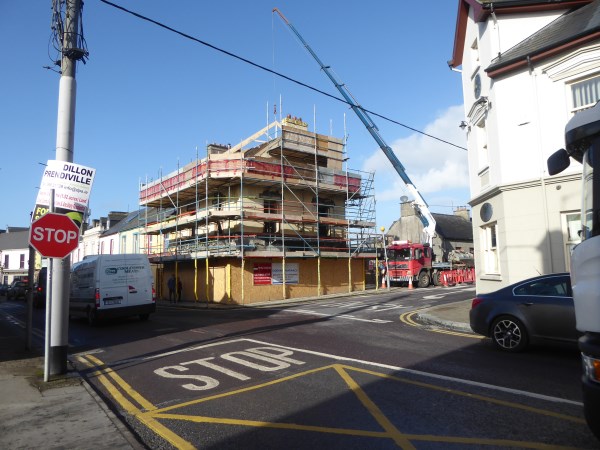 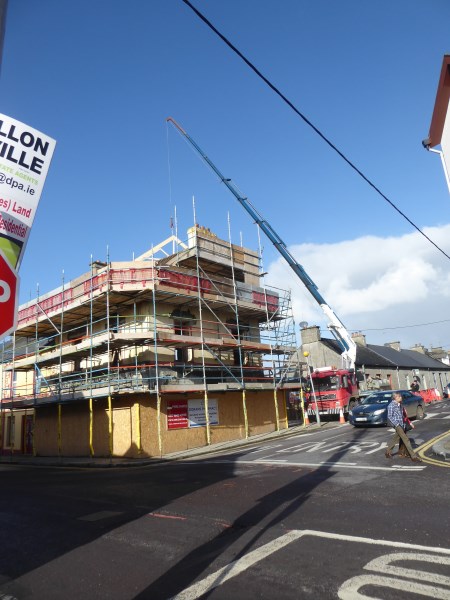 Doran’s Pharmacy is getting there. 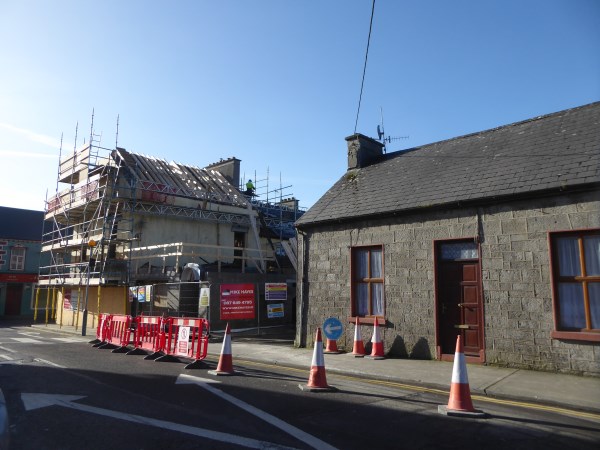 The view from Courthouse Road

Johnny Barrett film in St. Johns, Love in an Oil Can and some old ads