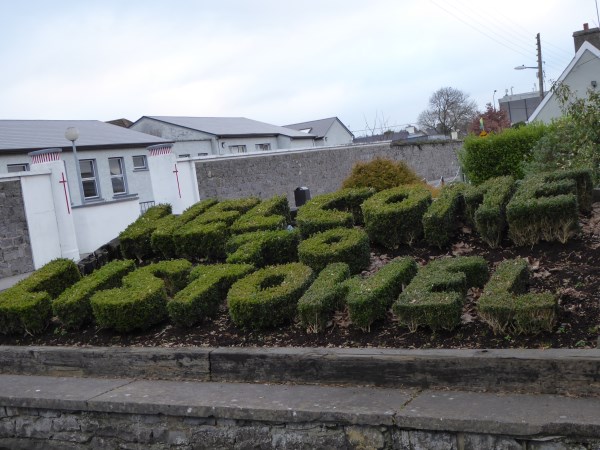 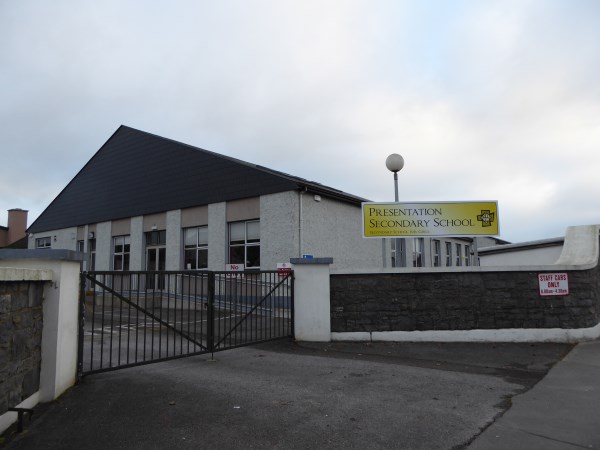 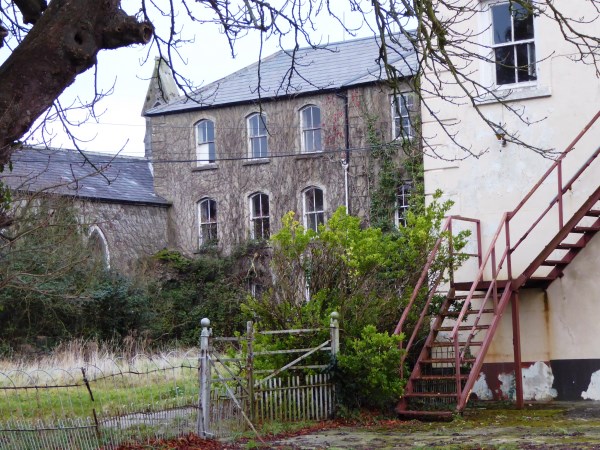 This is the corner beside Toirbheart and the convent. 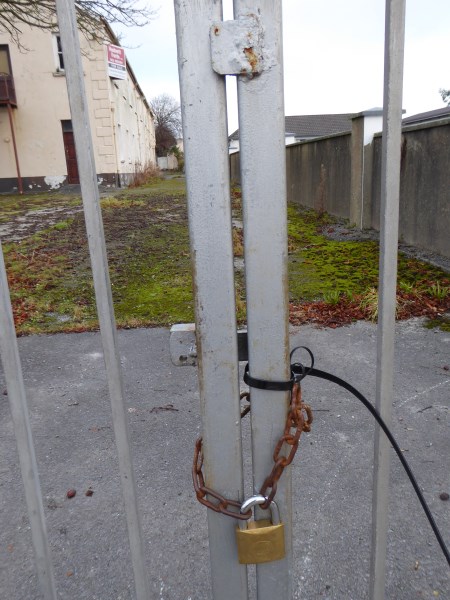 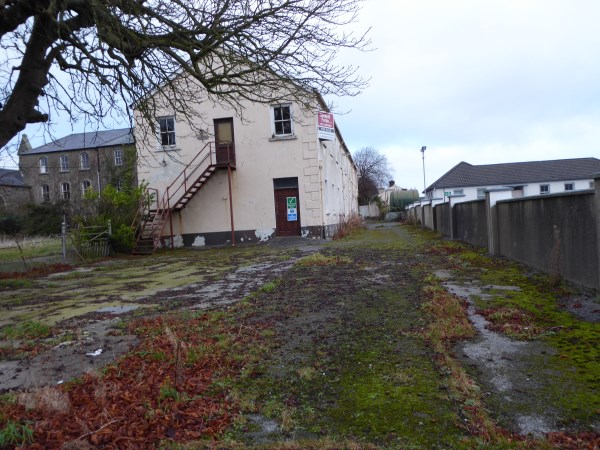 The path behind the locked gate is covered in moss and lichen.

Irish Servant Girls in Australia in 1874

from the archive of Harp and Southern Cross Adelaide,
SA : Fri 6 Mar 1874

A WORD FOR IRISH SERVANT GIRLS.

Servant girls, to the ordinary
observer, form an humble, though necessary element in our social economy, but
according to the late utterances of one of our Protestant contemporaries, many

of them are no less than Jesuits in
disguise.

Whereas the whole tendency of the
age is to cast discredit on honest toil, and to scorn the simple faith and
earnest trust that sweetens the hardest face and brightens the poorest home.
But let us not lose sight of the point we wish to insist upon. Irish
servant-girls, as a class, deserve in no way the sneers and accusations
frequently directed against them. They are good workers, notably honest, and
above all, deeply imbued with a religious feeling, affording the surest
guarantee of the purity and character. Indeed, in this latter respect they put
to shame many a Catholic favoured by Fortune and education, who has come to
adopt the fashionable theories of religious indifference. And in this very
tenacity with which they cling to their faith, may be found, to some extent,
the secret of the hostility to Irish Catholic servants which now and then ,
makes itself heard in the public prints. Mrs. Shoddy and Mrs. Knickerbocker
having no religion themselves cannot endure it in their inferiors. They go to
their fine meeting-house and listen to their fine preacher, and some Sunday
when new sensations are lacking, that well-paid functionary has recourse to an
old one.

He dilates upon the folly of popish
superstitions, and the danger there is that Romanism may insidiously enter the
household of his hearers. Perhaps he is fortunate enough to attract the

attention of the audience from the
bonnets and dresses displayed by the congregation, and to send them home with
no very amiable feelings towards Catholics in general and their honest
servant-girls in particular, who insist upon going to Mass regularly on Sundays
and holy days.

The mistress’s tongue is sharpened
with the acid of bigotry, and her temper becomes more and more trying. The
servant is not a paragon of perfection, and there is a limit to her endurance.

The result is a domestic revolution
which sooner or later we hear of in the shape of an indignant complaint against
the ignorance and impudence of Irish help. But after all, these expressions of

petty malice reflect the feeling of
a very small and insignificant minority. As a rule employers repose a trust — a
confidence in their Catholic servant-girls which is seldom betrayed, and these
pure, simple-minded women go through life displaying virtues which adorn their
station, and might well be imitated by those higher in the social scale.

Seán Slemon danced in 25 championships. He won 22 of them and was 2nd in the other 3. He is the Scottish, British and Irish champion.

I think we have our own Michael Flately here among us in North Kerry. 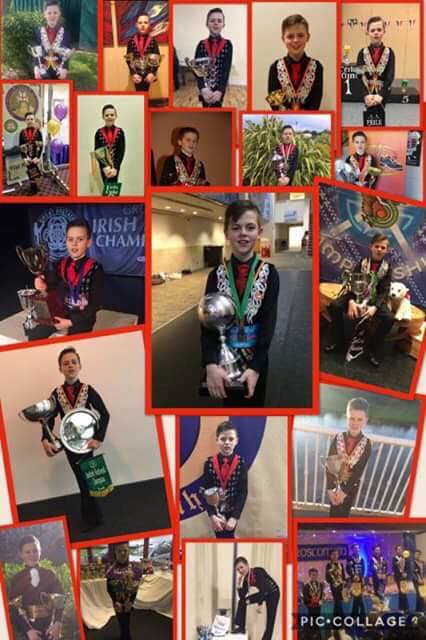 Boston Mayor John “Honey Fitz” Fitzgerald started a new tradition of ringing in the New Year by holding a reception at Boston City Hall on Tuesday, January 1, 1907.The Boston Globe wrote on January 2, “When the mayor announced the he would hold a reception among the lines of those held in the national capitol and other cities of the union, few regarded it seriously.  It had never been attempted before, and of course, to be attempted now in sedate old  was regarded as nothing short of a desperate plunge with no reward in sight to warrant it.”

Between the hours of noon and 2:00 p.m., over 4500 people attended, and it was deemed a success, noted the report.

Among the Bostonians who turned out to greet Mayor Ftizgerald: President Toland of the Charitable Irish Society, Herbert Carruth, deputy commissioner of the Penal Institution, Colonel Roger F. Scannell, “late defeated candidate of the Board of Alderman,” Henri Flammond, the French consul, Jeremiah McCarthy, surveyor of the port, and Patrick F. McDonald, superintendent of bridges.

Not everyone made it on time, reported The Globe.  “For an hour or more after the mayor had retired from the chamber, as many as 500 persons, women in the main, hurried to the corridor on the seond floor, only to learn that they were too late.”

Mayor Fitzgerald “said that he was highly pleased with the reception for a beginning.”

Fitzgerald was the third Boston mayor of Irish heritage, following Hugh O’Brien and Patrick Collins. Here is a full list of Boston mayors with Irish ancestry. 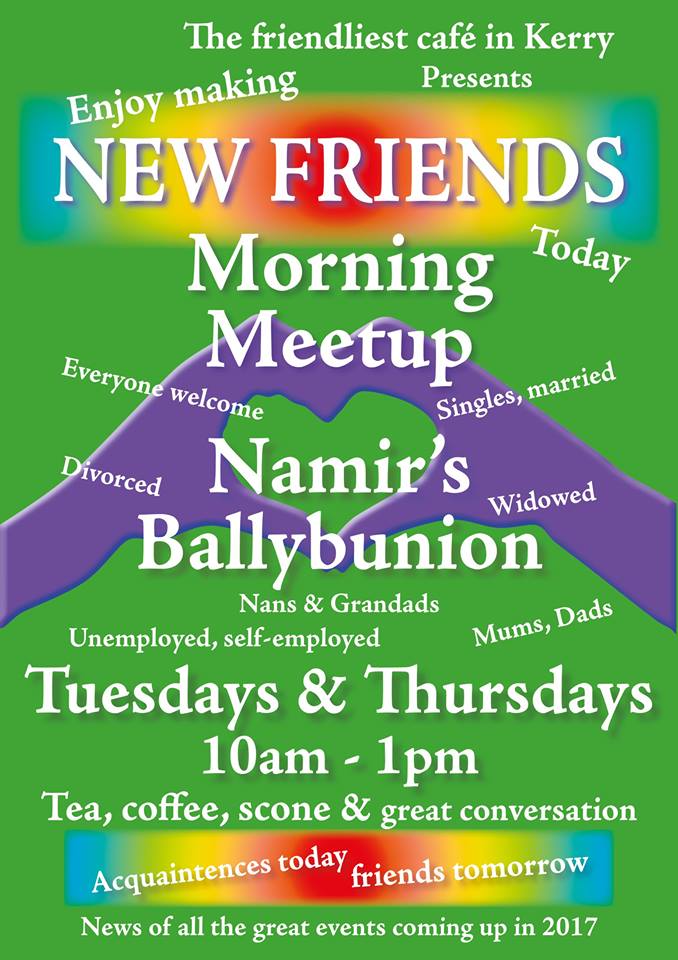 Everyone welcome. You can come on your own or with a friend

Convent Cross, Kerry lorries in the seventies and Christmas cards