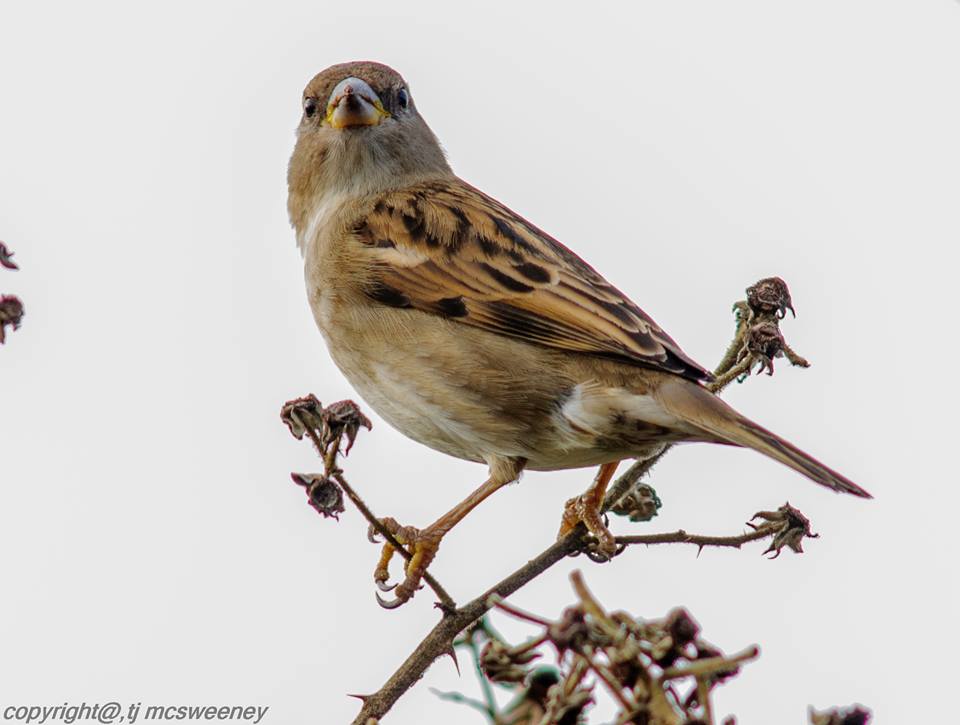 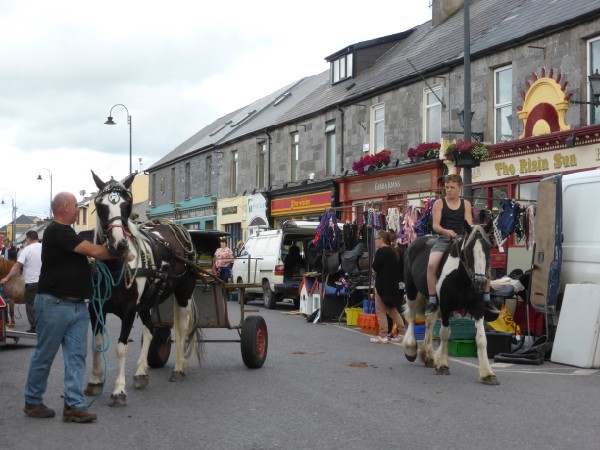 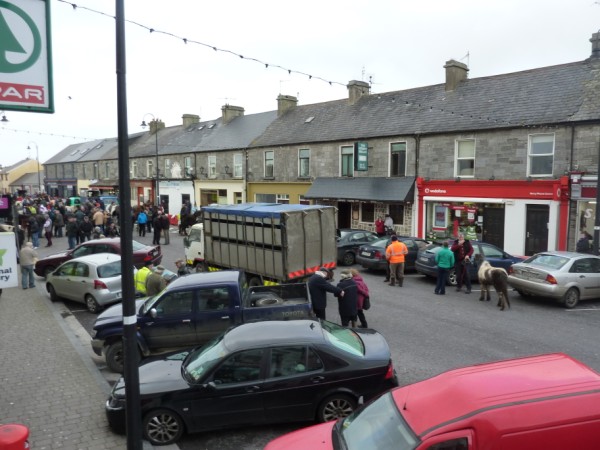 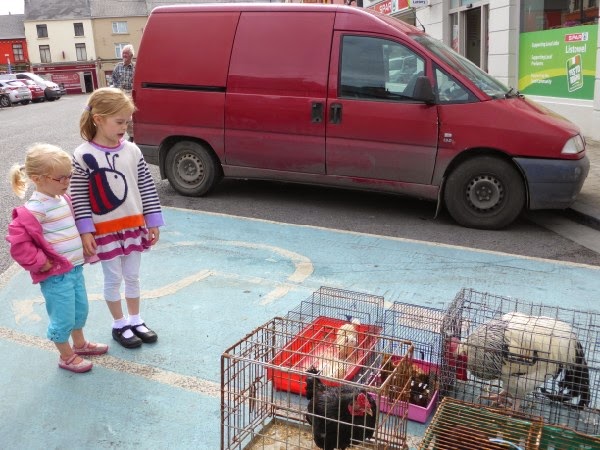 The big fair day in Listowel,
the October fair, was the topic of conversation among the farmers for weeks
afterwards. Exaggerations and downright lies were swapped outside the church
gates and continued at the holy water font, to the fury of the priest. It
finished over a couple of pints in the pub.
None of them could be cajoled into giving the actual price, always
sidestepping with,”I got what I asked for,” or, “I got a good price.” There
were tales of outsmarting the cattle jobbers – an impossible task.

The farmers on our road set
out on foot for thwe seven mile journey at 4 a.m. It was their last chamce to
sell their calves until the spring. Now nine months old, these calves were wild
and unused to the road. Traffic confused them, so their only aim was to get
into every field they passed to graze or rest. Each farmer took a helper. Those
eho had decided to wait until the spring fair would go along later to size up
the form.

The battle would commence at
the Feale Bridge where the farmers were accosted by the jobbers- men trying to
buy at the lowest price. These offers were treated with contempt and a verbal
slagging would follow. “You’ll be glad to give them away before evening,” or,
more insulting, “Shoudn’t you have taken them to Roscrea?”

(Roscrea was a meat and bone
meal processing plant where old cows that could not be sold for meat were sent
for slaughter.)

The shopkeepers and publicans
in Listowel were well prepared for the influx; trays of ham sandwiches sitting
on the counter of each pub where most of the men finished up. The jobbers,
being suitably attired, would have their dinner at the hotel and the farmers
who wanted to avoid the pubs would go to Sandy’s for tea and ham. The
shopkeepers kept a smile on their faces when calves marched through their doors
upsetting merchandise and, sometime, leaving their calling card. The bank
manager was equally excited, greeting each man as “Sir”. He found trhis was the
safest approach as it was hard to distinguish them. They all looked alike in
their wellingtons, coats tied with binder twine and the caps pulled well down
on the foreheads.

My father arrived home late.
It was obvious he was in a bad mood though he didn’t arrive home with the
calves. He said he was cold and hungry and sat in silence at the table, while
my mother served up bis dinner which had been kept warm for hours over a pint
of hot water. As he was half way through eating his bacon and turnip, he looked
at my mother saying, “I’ve never met such a stupid man in all my life.”  The quizzical look on her face showed she
didn’t have a clue wht he was talking about and didn’t dare ask. It took the
mug of tea and the pipe of tobacco to get him started again.

My uncle Dan, my mother’s
brother was his helper. Dan was a mild softly spoken man who had little
knowledge of cattle. It was a a sluggish fair; prices only fair. My father held
out until he was approached by a man he had dealt with often in the past.  They followed the usual ritual arguments-
offers, refusals, the jobber walking away, returning with his last offer. This
was on a par with what my father was expecting so he winked at Dan, which was
his cue to say, “Split the difference.” . Instead Dan winked back. My father
gave him a more pronounced wink. This elicited the same response from Dan. The
day was only saved by a neighbor, who, on noticing the problem, jumped inn,
spat on his palms and shouted, “Shake on it, lads, and give the man a luck
penny.”

Over a very silent pint and
sandwich Dan mournfully remarked, “If Mike hadn’t butted in you’d have got a
better price for the calves.”

This roundabout is on the Tarbert Road at the junction of Cahirdown and The John B. Keane Road. 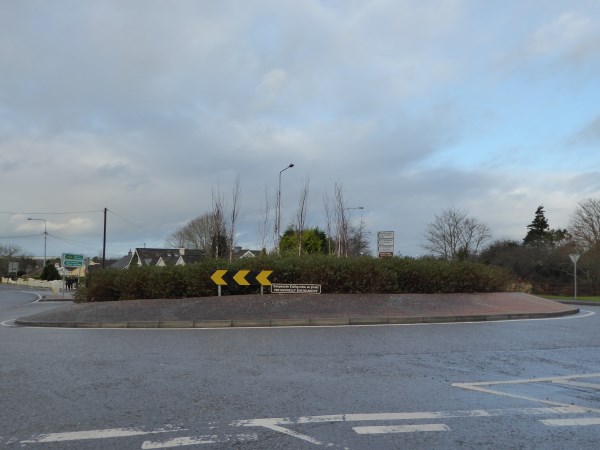 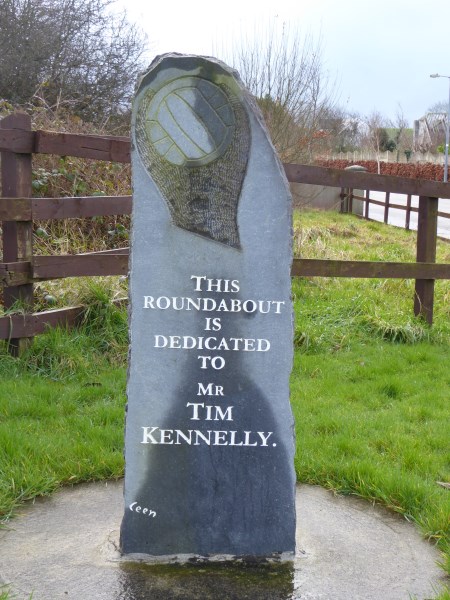 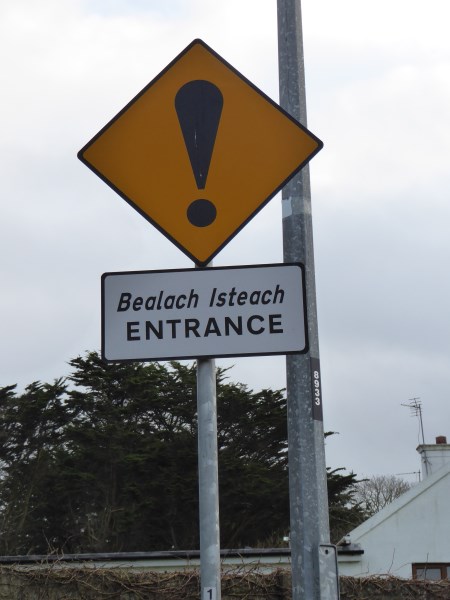 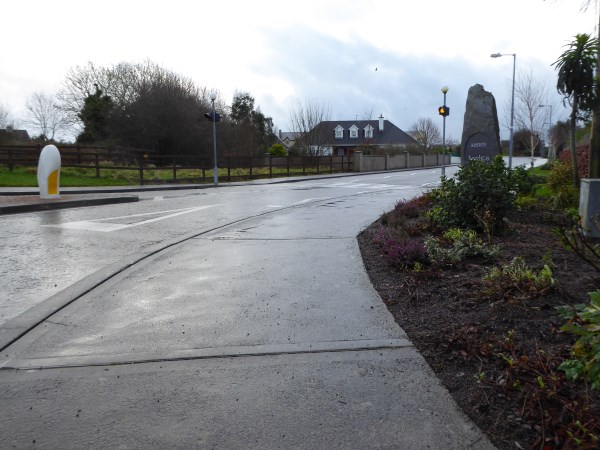 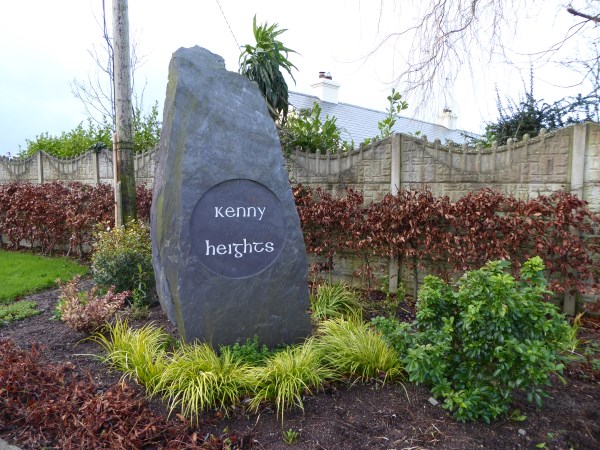 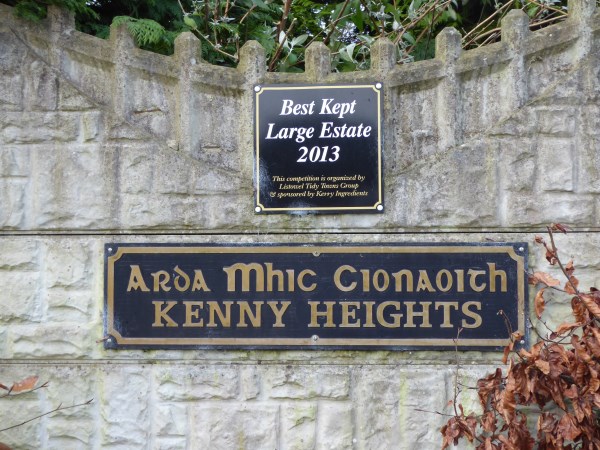 The entrance in question is to Kenny Heights 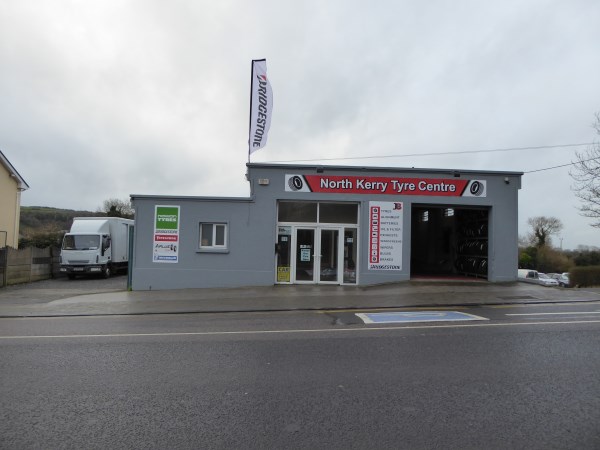 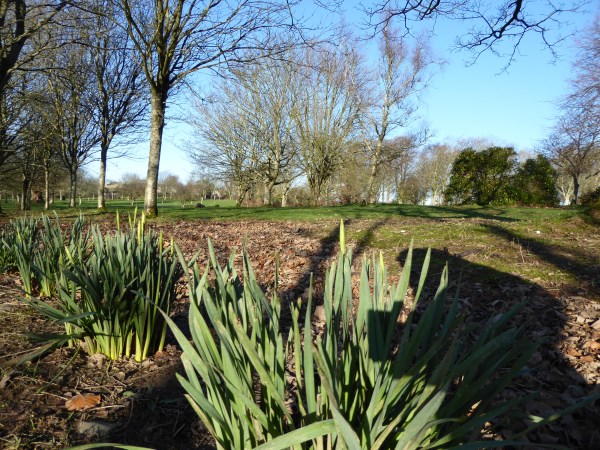 The Big Fair, A New Charity Shop and Lots of Free Parking Spaces

The Fair, the Tarbert Road and Value Centre