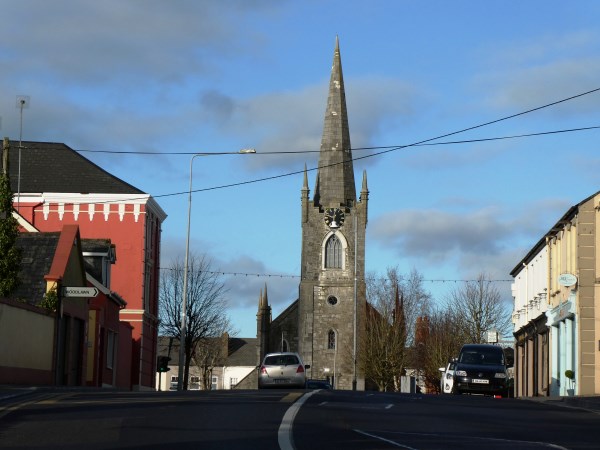 An entrance to town which some older people call the Canon’s Height or The Custom Gap.

Jan 3 2019 was the first horsefair of the year in town. I forgot all about it so my photos for you are stolen from Moss Joe Browne’s Facebook page. If you like them, there are lots more where they came from 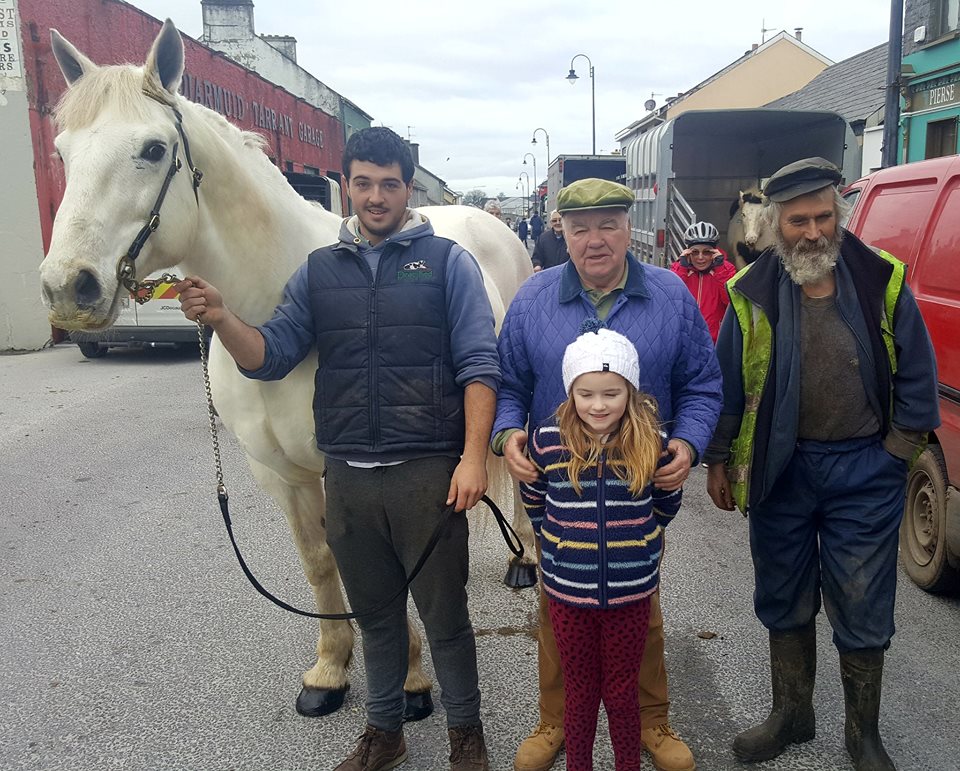 Jason Rogers with Tom “Bawn”McCarthy and his granddaughter Saoirse and Pat Fitzgerald at Listowel horse fair. 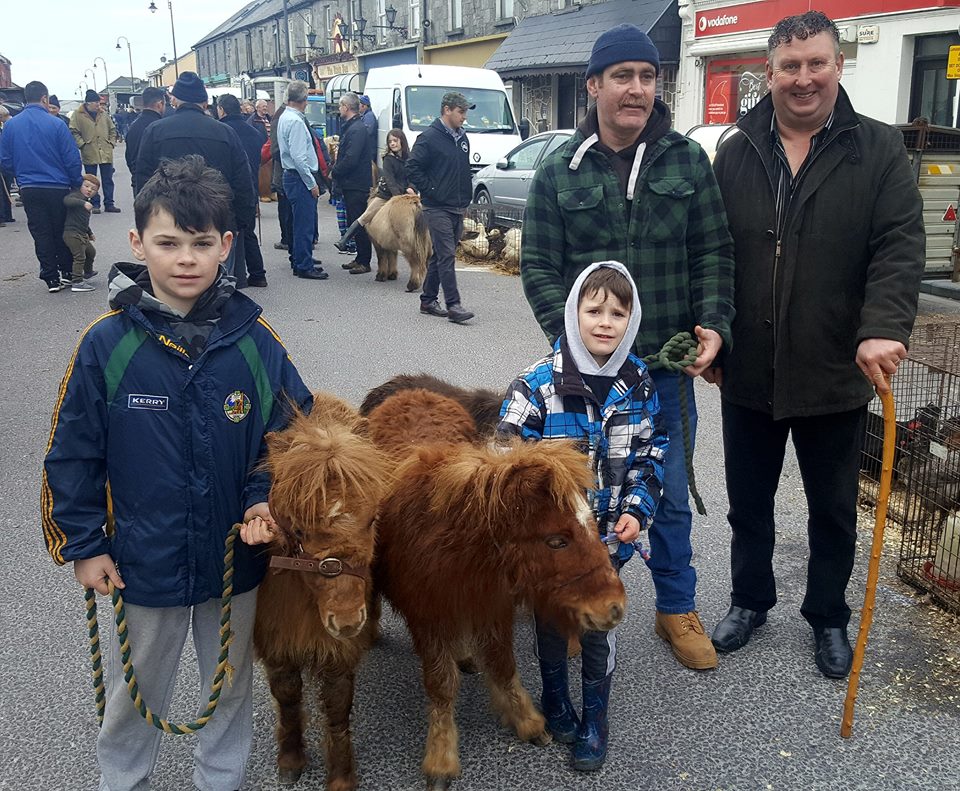 The O Connor family from Listowel with Seán Hartigan at the Listowel horse fair. 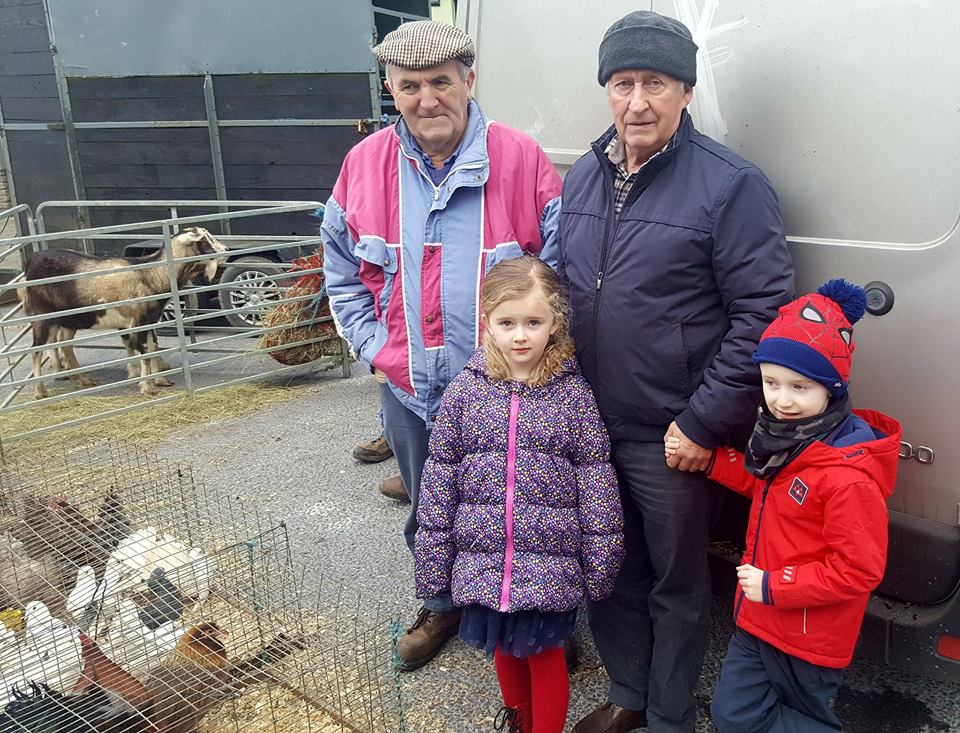 Bernie O Connell with Pat Sweeney and his grandchildren at the Listowel horse fair.

The following account of fairs long ago is from Dúchas, the National folklore collection.

“Fairs are not held in this district nor does anyone remember fairs being held here. They are held in Listowel which is the nearest town to us. Very often before a big fair buyers or jobbers went around to the farmers’ houses to buy calves and sometimes cattle. This is still carried on. There are no accounts of former fairs being discontinued or of fairs being held on hills, near churchyards, near castles, or near forts. In Listowel the fairs are held in the streets, in the square, and in the market place. No toll was collected in the streets but for every cow you’d carry into the square you’d have to pay seven pence and for every pig you’d carry into the market place you’ have to pay a penny. This money was given to Lord Listowel. Luck money is always given. It is called luck money. For every pig or bonham a schilling is given and for a cow half a crown. If prices are high a pound is given as luck money for a horse but if prices are low five schillings is given. When a bargain is made the seller holds out his hand and the buyer strikes it with his clenched fist. A piece of hair is cut out of the cows side to show she is sold. A dab of paint is then stamped on it. This is done sometimes on the cows back.” 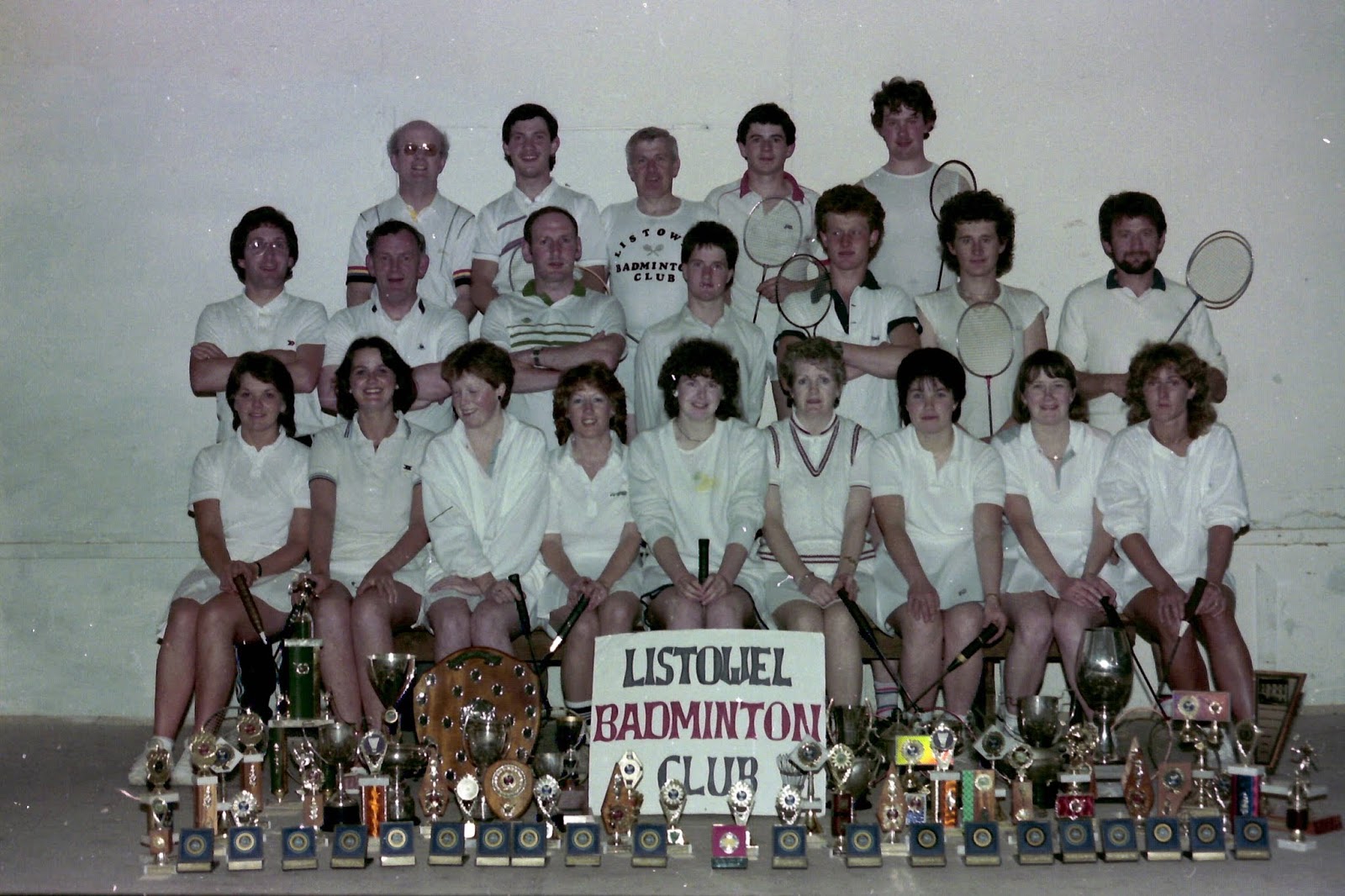 ( Sadly, as you know, Martin Stack has since passed away. Many of the others are scattered worldwide)

Candles were once a regular item on everyone’s shopping list.

The following was recorded by a child in the Dúchas folklore collection;

My grandmother used make candles out of the fat of cows. She used buy the fat from the butcher and after they killed a cow for their own use. First of all she used put it into a mould and put a cord in the hole at the end of it and knot it. Then she used pull the cord through the mould and pour in the fat and leave it so for a day or two. The candles are about as wide as Christmas candles now.

Candles were always part of Christmas fare in every house.

Junior Griffin told me this;

Just to follow up on your mention on the one pound Christmas  candles in recent times.

I would have sold a lot of those in my years in McKenna’s and before the age  of the modern electric candles these were very popular.

I used to do both the white and red one pound candle. The red was a bit more expensive than the white. On querying why so from the representive on  one occasion I was told that the white was looked upon as a “household necessity” whilst the red was in what was looked upon as being in the fancy goods department . You would be wondering where our civil servants get the brain storms to make decisions like these.