This following is an article from a recent edition of The Irish Independent.

She gave Dad his best lines

He’s only joking, of course, and indeed the fun flows
throughout my gorgeous lunch at the family-run John B Keane pub, in Listowel,
Co Kerry. Then again, laughter is fitting as it is here that some of the
funniest and most moving plays in Irish history were written including plays
like The Love-Hungry Farmer which returns by popular demand to the Gaiety.

The warm and welcoming Mary lost her beloved John B to cancer
in May 2002, and Ireland lost one of its most celebrated writers. And none felt
it as keenly as his wife, three sons Billy, Conor and John, and daughter
Joanna.

“He was too good to lose, which made it very
difficult,” says Billy, while Mary says that John B was her best friend
and they were inseparable in his final years. They met at a dance at the
Listowel Races when both were 20. He was a chemist’s assistant who also wrote
poetry, not that Mary knew that when they met. Her dad had a shop, selling
everything from bread to methylated spirits, and she worked there, and also
went on to train as a hairdresser- cum-beauty therapist.

“I thought John was fine,” she said. “People
said to me, ‘Do you know that he’s a poet?’ and I said ‘What?’ And a while later,
a girl at work said, ‘There’s a poem in The Kerryman today and you’re mentioned
in it’. That was the only paper that would take him, but he used to write
lovely poetry. He wrote very nice letters to me, and one day he asked why I
never wrote back, and I said, ‘Sure what have I to say to you?'”

Eventually, what she did say was yes, of course, and they were
married in 1955, the year they bought the pub, which is also their family home.
Mary grew up just outside Castleisland, as the second-youngest of Cornelius and
Bridget O’Connor’s five children, but her mother tragically died in childbirth
aged just 36, when Mary was two.

“My dad was always crying after her, so I didn’t know what
marriage between a man and woman was like,” she recalls. “The first
argument I had with John was a fine one, and I said, ‘Oh my marriage is gone.
It didn’t last long at all.’ But we made up and it lasted another 47
years.”

The first child, Billy, was born in 1957, a lively child who
hung out with boys from local families like the Sextons (he is godfather to
rugby starJonathan Sexton.) “We were cracked young
fellas,” he says. “My mother wasn’t that strict and my dad wasn’t
strict at all. He had a bit of a temper, but never with us and he never slapped
us. Although he gave me a mild kick in the arse when I came home at five in the
morning one Christmas Eve. Mam called the shots and she was, and still is, a
great businesswoman. I think she wanted to be the best mother in the world
because she grew up without her own mother, and she did a great job. She is
very funny and comes out with amazing statements, and I always think my dad
plagiarised some of his best lines from her.”

Billy studied law after school and became a solicitor, but
found that it wasn’t the career for him. He took over the running of the pub at
34, and is married to teacher Elaine. Of their four children, Anne, 26, and
Laura, 24, are studying law, while Lainey, 21, is training to be a teacher and
educational psychologist. John, 17, is still at school.

Billy also writes, and is a newspaper columnist.

“Billy is a great son, and I love him dearly, like the
others,” says Mary. “He is maturing to my satisfaction,” she
adds, while Billy says that the process will probably be complete by the time
he’s 98.

John B famously wrote 18 plays and 32 works of prose and poetry
sitting in the corner of the bar. His first break came in 1959 when the
Listowel Drama Group won first prize at the All-Ireland Amateur Drama Festival
with his play, Sive.

“John always wanted to be a writer, but had no luck at all
at first,” says Mary. “We went to a play and afterwards, he felt he
could do better than that, so he got a copybook and had Sive almost ready in a
week. He sent it to The Abbey and they wouldn’t look at him, but when it won
the Esso trophy, it changed our lives.”

Billy says that he got his imagination and ability to move on
from the past from his father, as well as his sense of fair play and anarchic
sense of humour. His dad was brave, he says, often taking stances on political
issues, while his mum was tough and he attributes his ability to see things
through to her.

“There is great humour in his plays, such as The
Love-Hungry Farmer, and at the time my father felt that Ireland was a sexually
repressed society,” he says. “While he sometimes got himself into
bother with his stances, he realised that laughter was the best weapon. He and
my mother were always out for the underdog, and you couldn’t meet two more
decent and generous people.”

Des Keogh will return to theGaiety Theatrefor one week only in ‘The Love-Hungry
Farmer’ from June 17. 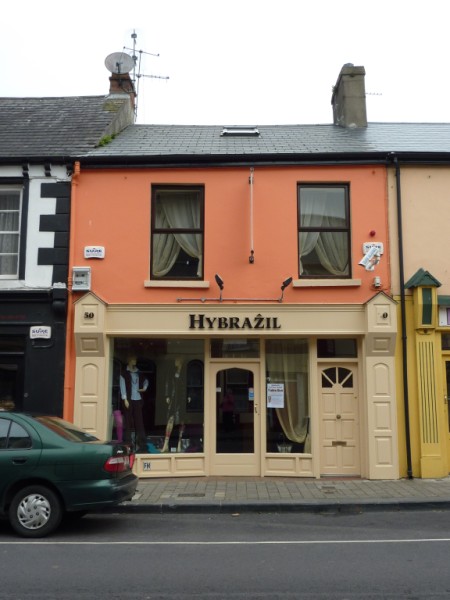 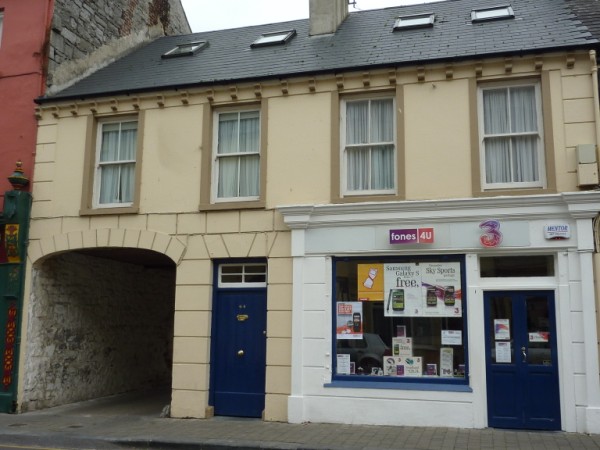 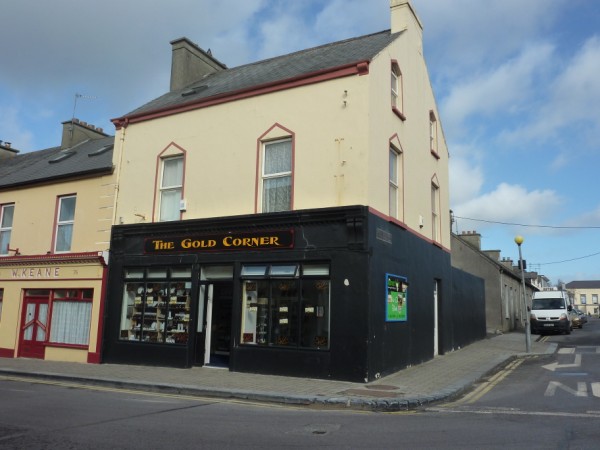 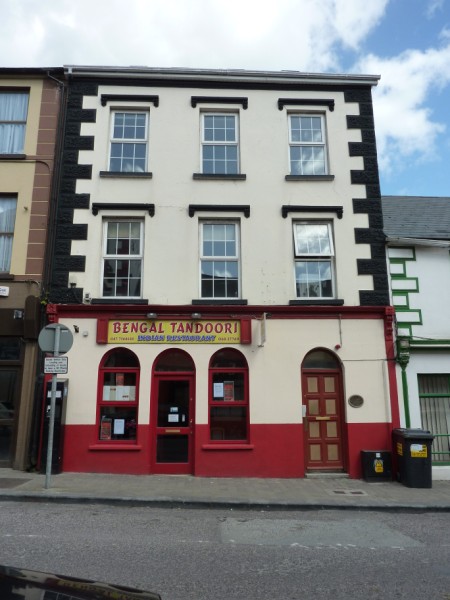 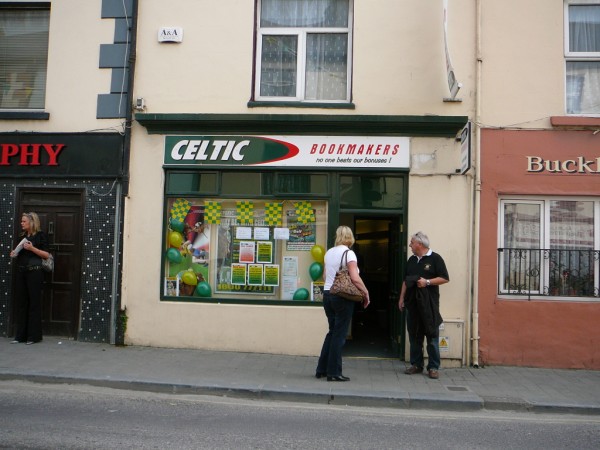 Businesses no longer in business 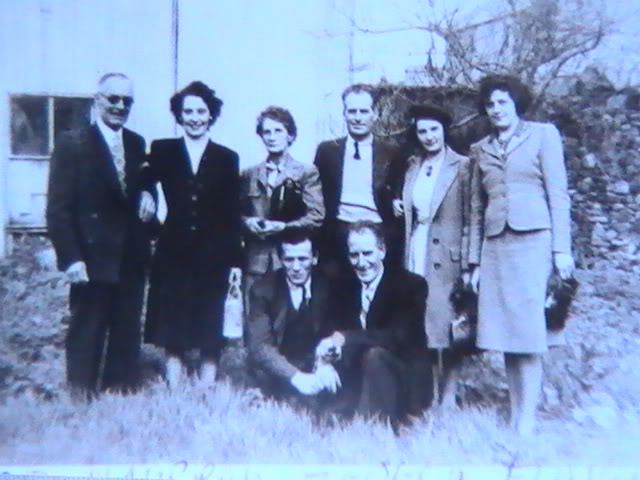 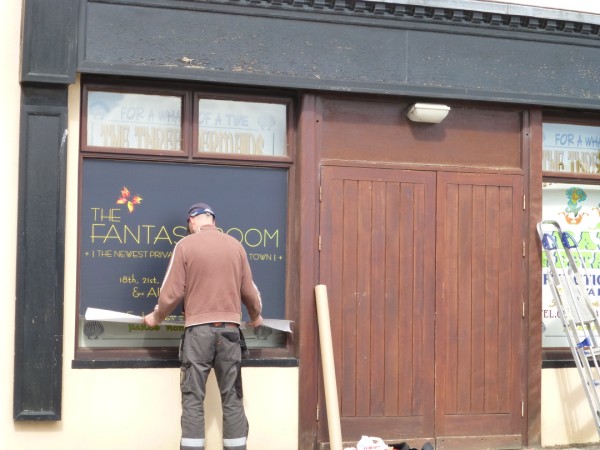 This sign which was just being put up beside The Mermaids said Fantasy Room. It appears to be a new function room. 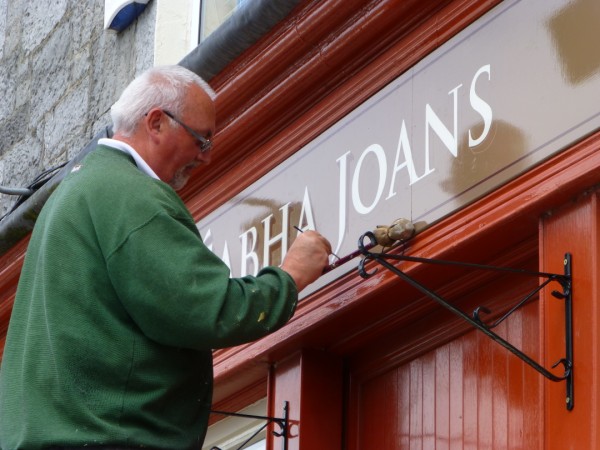 McKenna’s Social, Corpus Christi and a Moloney family from Duagh