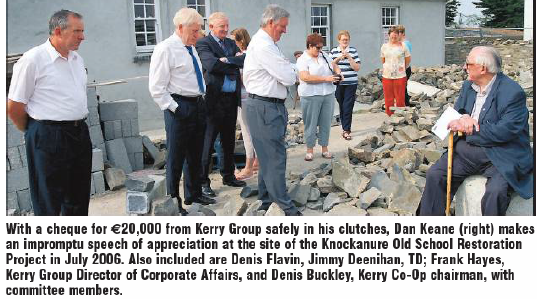 Coaxiorum by John B. Keane

SONNY CANAVAN assures me that the love potion known as Coaxiorum exists and is still in use not far from where he lives. Others have told me that same thing. Willie Finucane and Jack McElligott were offered doses of it but declined to take it on the grounds that natural love was better than artificial. I asked Canavan if he knew what the formula was. He had a rough idea but could not come up with the identity of one ingredient.

“All I know,” said Canavan, “is that it grows in the bog and it’s like a water leaf but it isn’t a water leaf.”

He told me that Coaxiorum was very common when he was a boy but that its use had declined altogether since the Second World War.

“I seen a man to cycle from Carlow on a false account,” Canavan told myself and Professor Phil Deane, who came to see Canavan about bodhráns. Apparently it was 1940 and one evening a man on a bicycle appeared in Dirha West. He asked the whereabouts of a certain woman and he was taken to her. He produced a five pound note, a lot of money in those days, and offered it to her for a dose of Coaxiorum but when she learned he wanted to use it on his master’s wife, she cleared him from the place. So much for Coaxiorum. Maybe some of my readers will have a word or two to say about love potions.

Warming the Cockles of my Heart 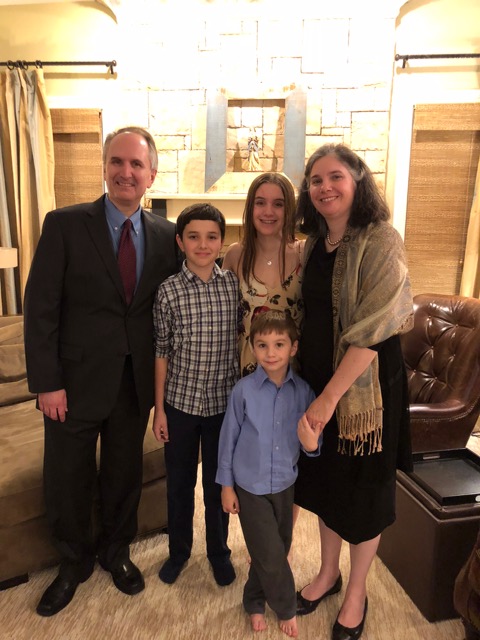 This is the Braden family of Chicago.

I have been overwhelmed recently by the supportive mail and personal approaches I received from people far and near who read the blog. I’m printing one representative one but I am deeply grateful for them all.

Brigid Braden gets the accolade for the best email. I’m posting it here with a big thank you to Brigid for making my day.

Dearest Mary,Almost every night before I go to bed in Chicago, your email from Listowel Connection pops up in my in-box, and I get the biggest smile on my face. I love to happily check in on Listowel before I go to bed.  Tonight after reading your post with “Unwelcome Letters” I could not go to bed before sending you off a note. You bring such joy, to so many.  And the ones with joy sure don’t let you know it enough I’m sure because I should be writing to you every other day to tell you about how a story touched me and made me dwell for quite a time in a happy place.  Not to mention how many times a sister or brother would contact me the next day and say “Did you see (insert story) on Listowel Connection” and want to talk more about it.  Mary, you are doing wonderful work!  I love the John B. response you put up there.  And don’t you know, I’m sure my siblings will be calling me tomorrow to talk about it.  I will be talking to my young kids as well about it, because it is the world around us we are living in.  Don’t we know about it in the USA for sure now.  The crazies almost feel to outnumber the sane, but in truth they are just shouting the loudest for a time. Just know, you are a shining light to many and bringing out the best of us and in us.  Thanks a million.  We love you!! And keep up the fantastic work!

Brigid BradenPs.   I owe you a lunch next time I’m in Listowel. We were coming in with a big family group in July 2016 to Allos and you fell ill.  I’m sorry it has taken so long to get back to you, but have a feeling our paths are sure to cross. Three Cheers!!A few of your Chicago fans:: 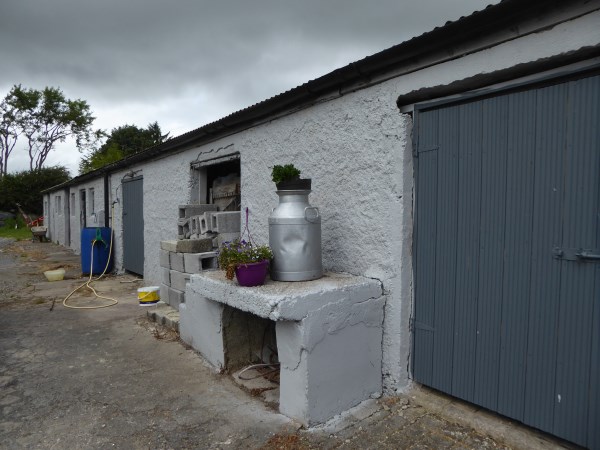 Last week I posted this photo of the milk stand at my old family home in Kanturk, little suspecting what fond memories it would evoke for so many blog followers.

“Love the milk-stand-and building- all nicely cared for and painted. Where I come from, milk-stands were often located at crossroads and the farmers would bring their tanks there. The lorry would travel a main route and collect all the tanks at junctions with minor roads.”

When I travel the Nadd road from my home in Kanturk to Cork I pass such a crossroads. It has a sign saying Welcome to Donoughmore beside a piece of roadside art depicting two milk churns on a milk stand. I searched the internet for a photograph of this. I didn’t find it but I did find another piece of roadside art along the same theme. 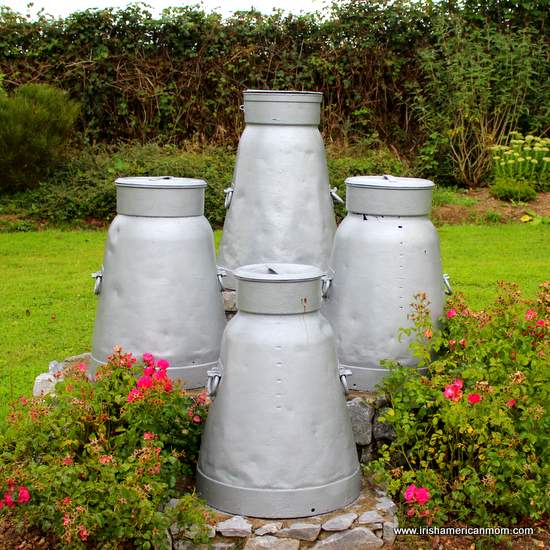 This photo by a lady who blogs as Irish American Mom is in Kildorrery in Co. Cork 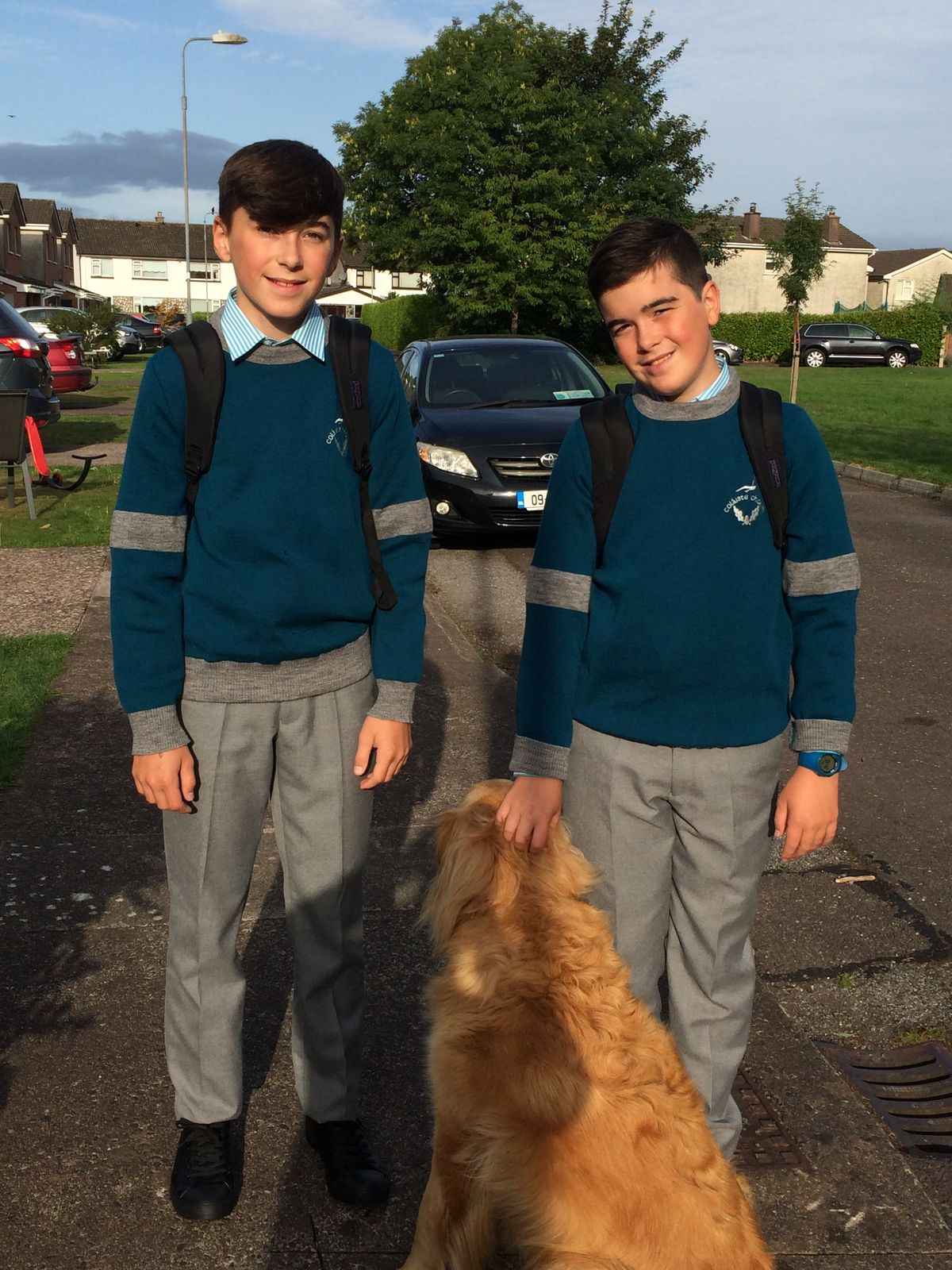 My beloved grandsons all grown up and off to secondary school.