Knockanure, Pres. Class of 1994 reunion and Mary John B. on TV 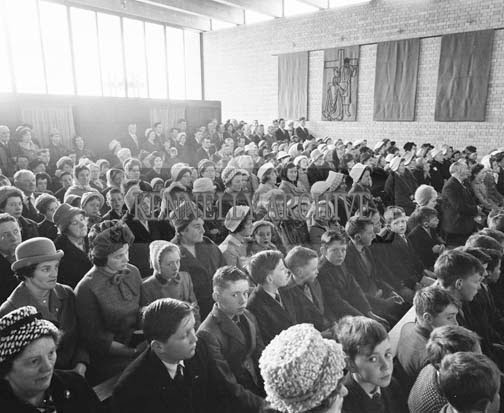 This photograph from The Kennelly Archive was taken on April 21 1964 at the opening and blessing of the new Corpus Christi Church in Knockanure. The flat roofed building was a triumph for one of Ireland’s best known architects, Michael Scott. It was regarded as a break with traditional church architecture and a modern fit- for -purpose design. The minimalist nature of the furnishings and the absence of the usual embellishments was not to everyone’s taste at first but over time people have grown to love their iconic place of worship.

The following photos and accounts were collected and shared with us by Jer. Kennelly.  Jer. has done future generations of Knockanure people a great service by photographing and collecting so much of their history. He took more photos of the celebrations on Friday night which he has shared with us and I will post later in in the week. 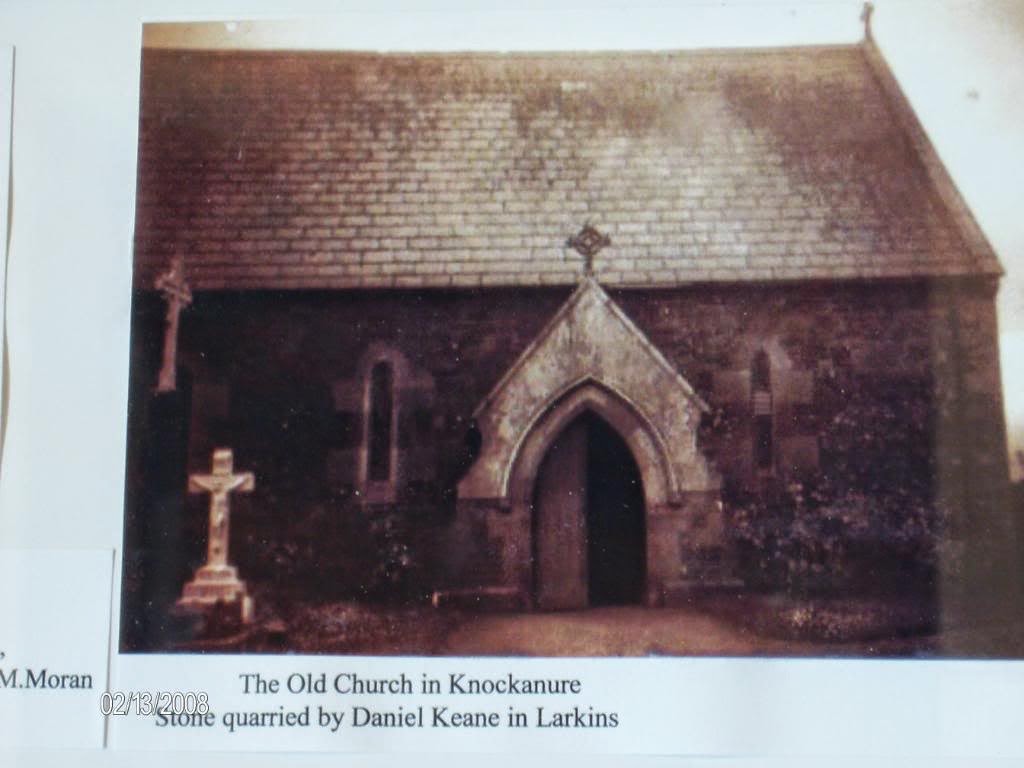 Above is the old church.

The Old Church in Knockanure predates any
Dominican arrival. However, the evidence in most of these refuge sites is that
the friars lived like secular clergy and worked in the churches near to the
houses of refuge. The administration appears to have turned a blind eye to secular
clergy. Their particular interest was in breaking the religious orders. The
main reason for this is that the religious orders were international
organisations and open to continental influences contrary to the policies in
Westminster. In Creggs, Milltown, Donore, Castlewellan, Sixmilebridge,
Ballingaul, Longwood, Swords, Malahde, Thomastown, Killyon, Rathcabban, Boula,
Mount Mary, Castlelyons & Kilcommac the friars were living and dressing as
secular priests at that time – there is no reasonable explanation as to why
Knockanure alone would be the only one that was different. Their poverty would
have necessitated work in the area and, whilst it is possible that they never
worked in the chapel at Knockanure they would certainly have worked in other chapels
in the area as incumbents.

The arrival in Knockanure was probably at the
invitation of the Stack family but sadly there are no documents to tell us
anything about what was happening or how the friars arrived there or why
Knocknure was chosen. The friars were also in possession of a house near Spa
but the likelihood is that the bishop of Ardfert wanted help in more remote
places of his diocese during those troubled times. The redundant friars of
Tralee would have been a welcome help in the years between the Puritan era and
the rebuilding of Catholic dioceses in the early 19th century. Sadly much of
this story remains a series of speculations as records do not exist and living
memory is long gone by now!

Raise a Glass to our class 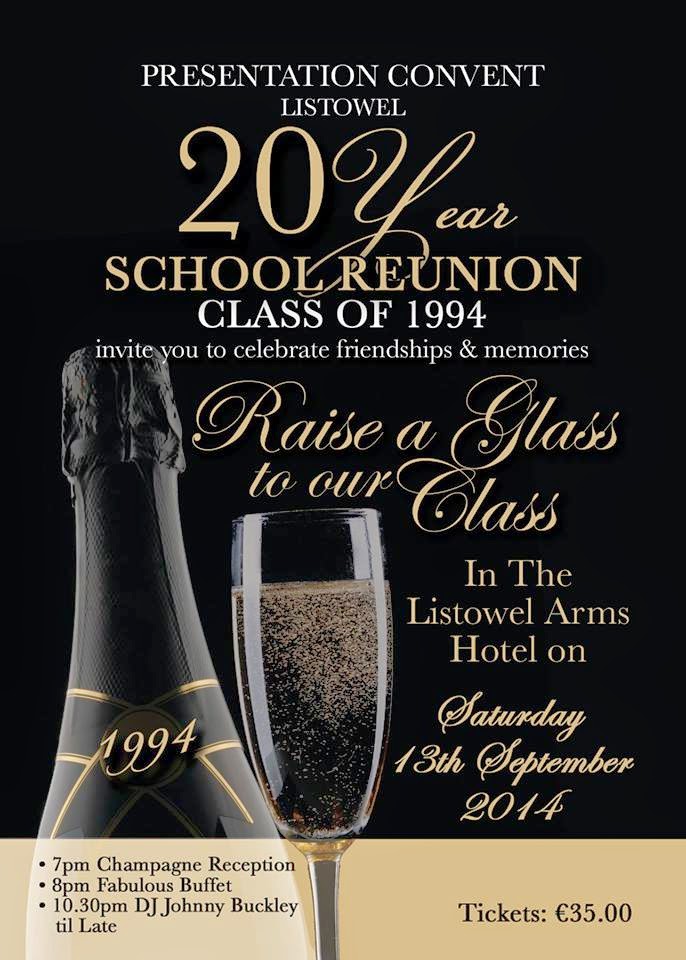 The class of “94 in Presentation Secondary School, Listowel are about to reunite to celebrate and recall 20 years on.  If you are one of these girls expect a call from some old classmate and put Sept 13 2014 in your diary.

Didn’t she do well? 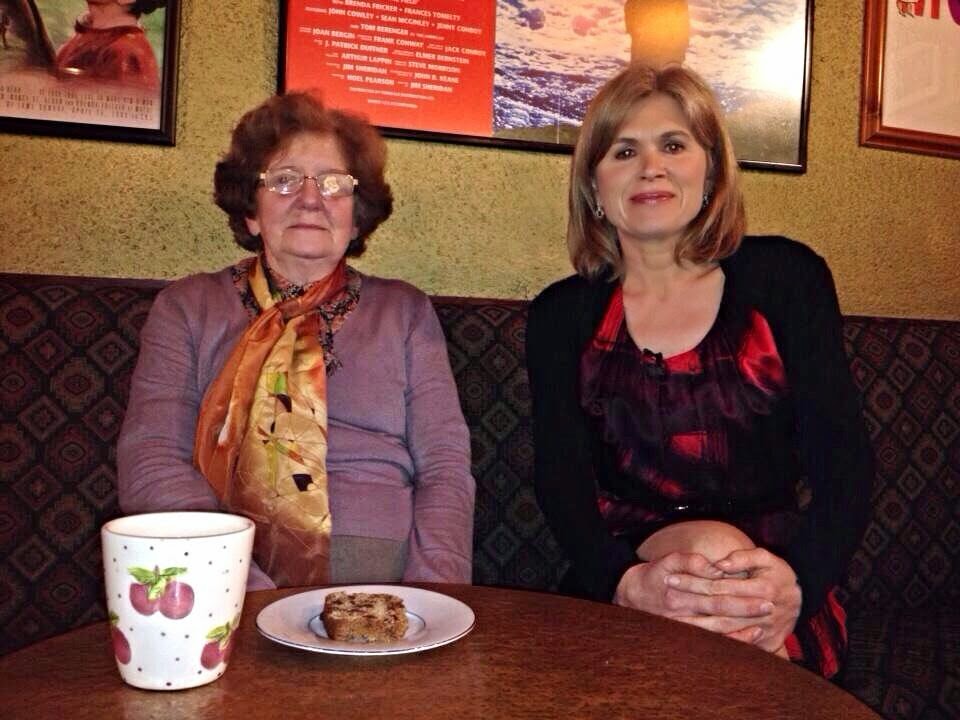 Mary Keane was a star for a week last week as she made two appearances on the silver screen.

Anne Cassin (pictured above) made a lovely Nationwide episode based on interviews with Mary and old footage with her beloved John B.

Mary and Billy were Ryan Tubridy’s guests on

Two lovely programme segments with a lovely lady as her chatty engaging personality which we all enjoy in John B. Keane’s was shared for a while with a wider audience.

The plays of John B. Keane are enjoying a revival at the moment with Sive just finished its run and Moll beginning a run in The Gaiety on May 27 2014 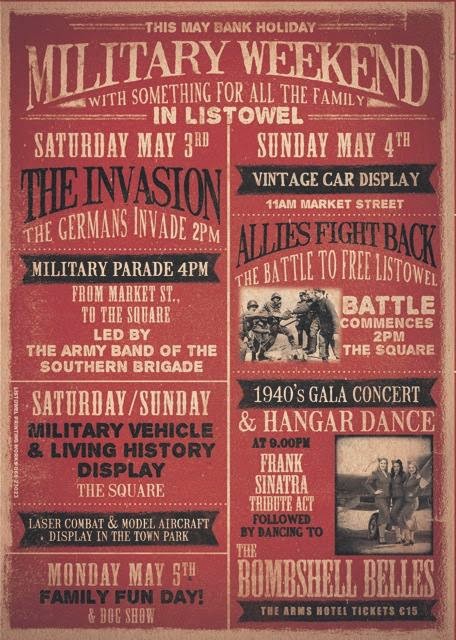