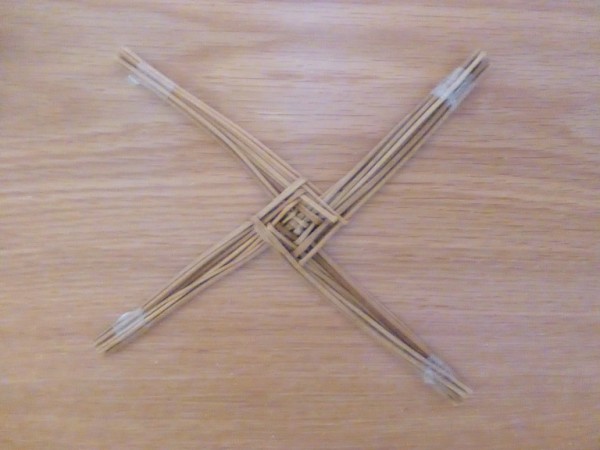 Today is the first day of spring. All over Ireland people are visiting St. Bridget’s holy wells, doing the rounds reciting rosaries  and leaving behind a rag, a coin or even a feather as a reminder to Bríd to remember the visitor.

Bridget was a pagan, the daughter of a slave, became a nun and, because of her holiness and the miraculous powers she had she  became abbess of Kildare. Her Christian story is full of miracles and wonders. She lived on the milk of a pure white cow. She had the ability to cure infertility in women and animals. She also had the gift of healing and some said she could control the weather.

In the early days of RTE the St. Bridget’s Cross was the symbol of the station and we saw it on our screens often. I don’t know when it was dropped or why.

Tomorrow February 2 is Candlemas Day or Groundhog Day. Since it is the first day of Spring it is traditionally seen as a portent of what is to come in the way of weather for the year.

If Candlemas Day be fair and bright

Winter will have another fight;

But if Candlemas Day brings clouds and rain

There is an old German tradition that the hedgehog emerges from his lair at noon on Candlemas Day to see if he can see his shadow. If there is no shadow he stays out but if the sun is shining, he returns to his den for another 6 weeks until the spell of cold wintry weather has passed.

The people of Punxsutawney in Pennsylvania attribute these meteorological forecasting skills to the groundhog and Groundhog Day is celebrated with a big festival.

For a change, we will be hoping not to see the sun tomorrow.

I found all of the following being used by me as bookmarks. I’m having a bit of a clear out as is customary this time of year. We used to call it Spring cleaning. 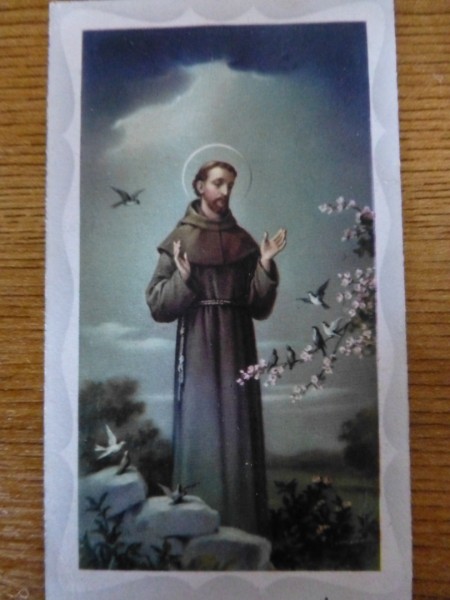 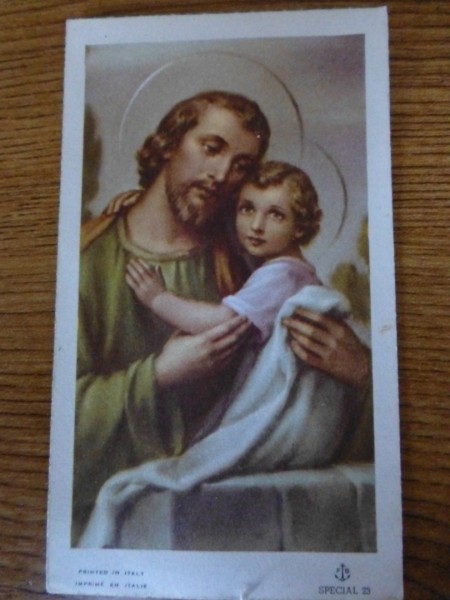 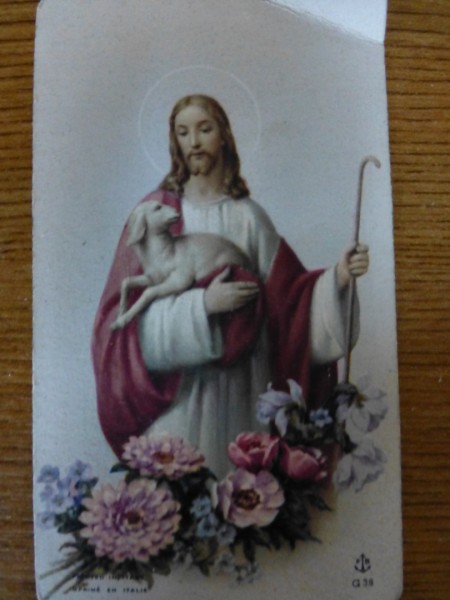 These holy pictures were often bought from a mission stall. Murray’s of Listowel used to go to whatever town was having a mission, set up some stalls and do a roaring trade in rosary beads, scapulars and other religious objects like these cheap little pictures. 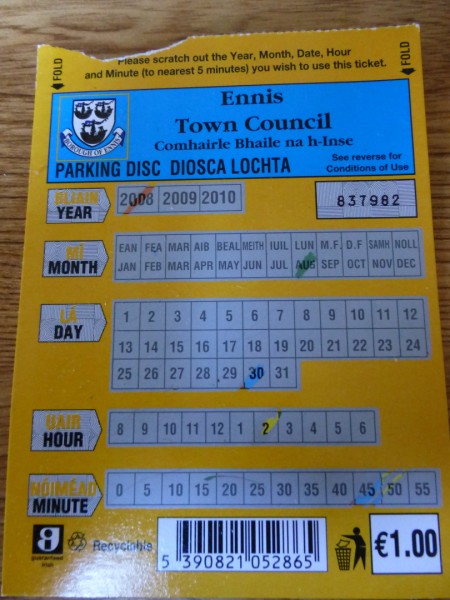 This parking disc is from Ennis, but we had them in Listowel too. 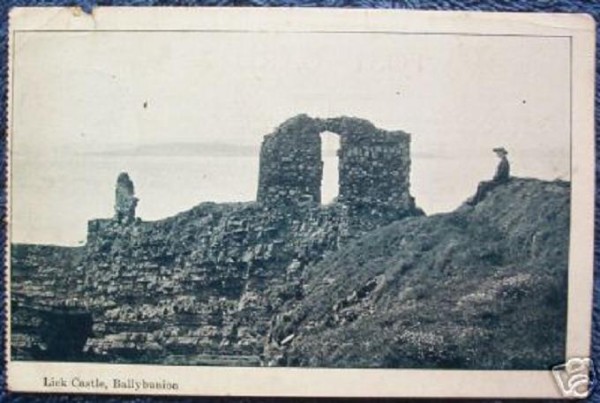 This was Lick Castle in Ballybunion. The last remaining arch came down in a storm in November 2012

A few photos I took on the Tralee Rd. 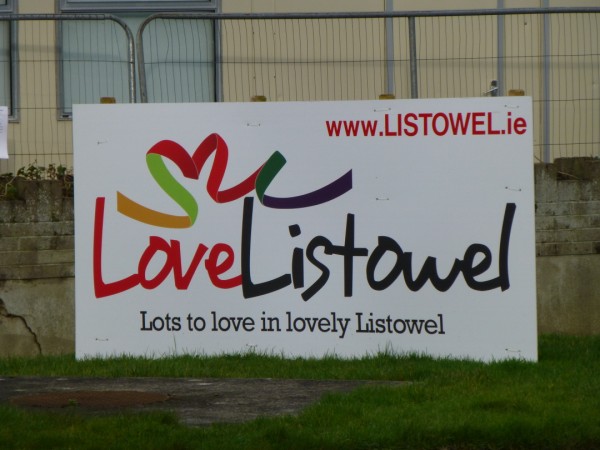 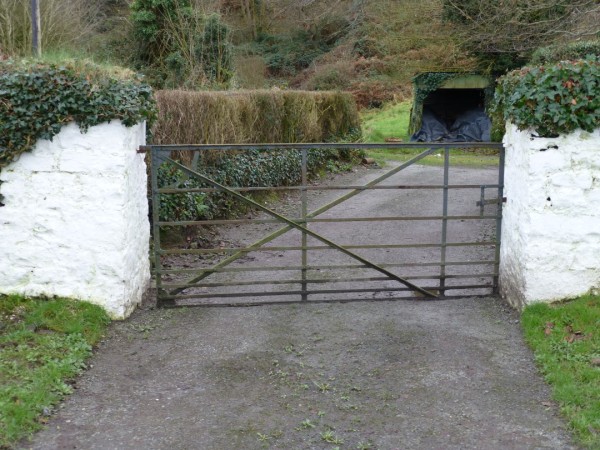 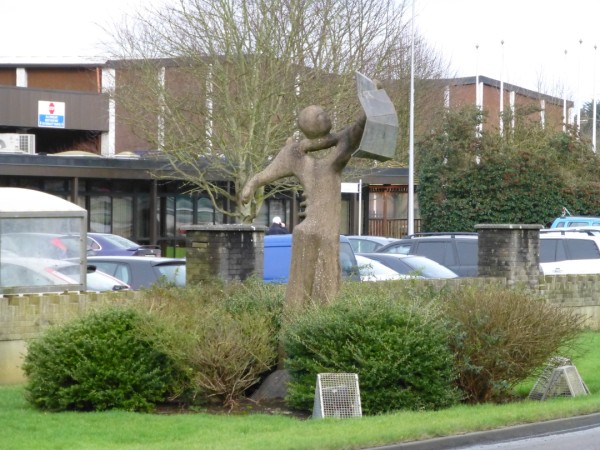 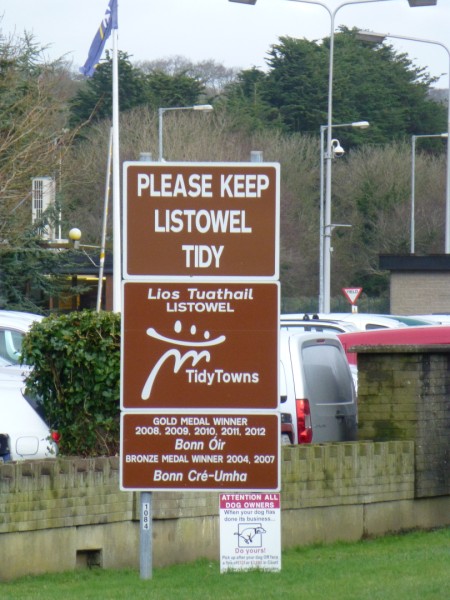 The Tidy Towns folk are here