This week’s posts are going to have a theme. The theme is the man mentioned above and some of his descendants. One of these descendants, Lar’s great-grandson, John Carpenter of Basking Ridge in New Jersey has sent me a lovely post to share with you.

But, before we go on, if anyone has any other stories related to this theme, particularly stories about Lar himself, we would love to hear them. Email as usual is listowelconnection@gmail.com

This is what John carpenter wrote

This morning we laid to rest the ashes of my mother, Mary Elizabeth Carpenter.  She passed away in January of this year at the age of 90.  Due to a blizzard on her funeral day we postponed her interment – until today.  It worked out for the best as autumn was always her favorite season.

Mary Elizabeth was born a Moore in New York City to William Moore of Port Henry, NY and Johanna Buckley of Listowel.  Johanna was the daughter of Laurence “Lar” Buckley and Ellen Kearney.  Johanna and William Moore had 4 children, William, Mary, George and Regina.  Only George and Regina remain.  Both Johanna and William died relatively young and both had passed by the end of 1940.  Mary Elizabeth was predeceased in 2001 by her beloved daughter Mary.

After a brief service graveside under clearing skies, we adjourned to my house in Basking Ridge, NJ for a typically lively exchange of stories and memories of my mom and the family.

Pictured below are just a few of the “Buckleys of Northern New Jersey” who gathered in honor of Mary Elizabeth.

•   Regina Boyle              Granddaughter of Laurence Buckley and mother of Joe, Mary, Robert and Jean pictured here plus John, Thomas and Jane all absent.

Ann’s 3 children and (absent) Jane’s 8 children are the Gr Gr Grandchildren of Laurence Buckley.  All live in Basking Ridge.  John and Lauren’s daughter Hannah (named after Johanna Buckley) is absent.

All four of Johanna Moore nee Buckley’s children are in the second picture; Regina, Mary Elizabeth, Bill and George.

On this bittersweet fall day we remembered my mother Mary Elizabeth and our forbearers here and in Listowel with love, respect, humor and gratitude. 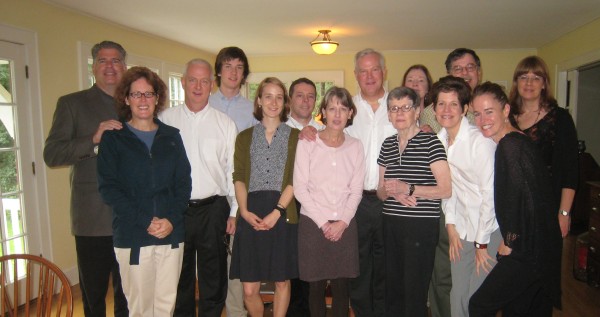 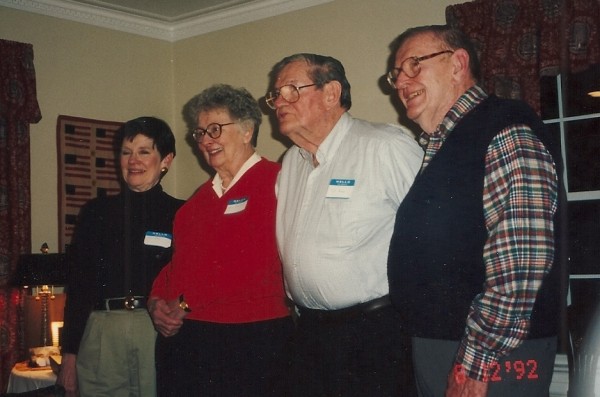 Listowel’s own link to the oval office