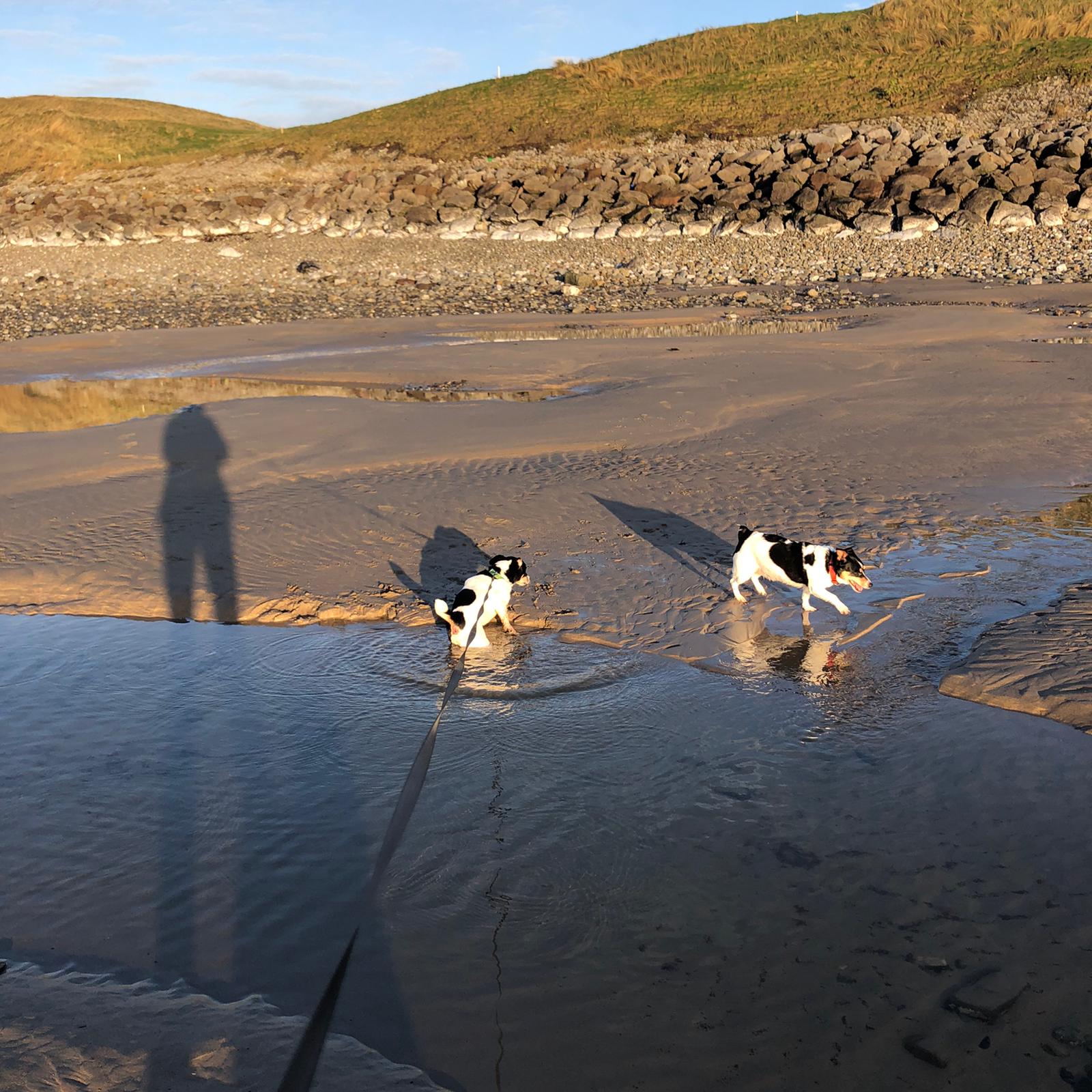 People at a Launch

Here are a few photos I took at the launch of Mary Lavery Carrig’s exhibition which is currently hanging in St. John’s, Listowel 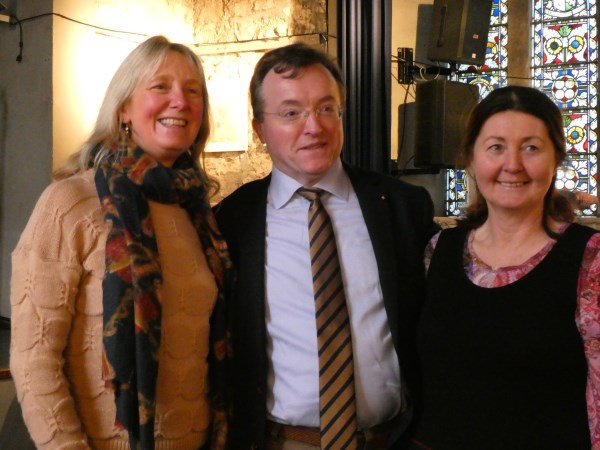 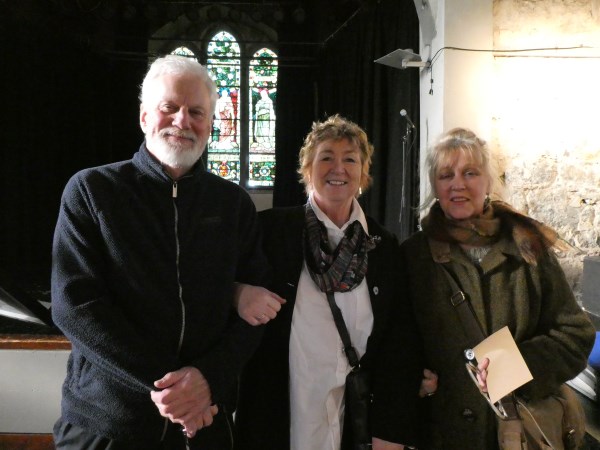 Jim and Susan are artists and came to lend their support. 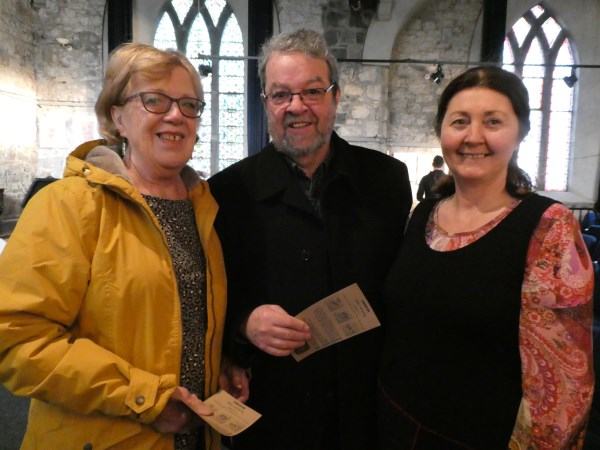 John McGrath was Mary’s teacher back in the day. 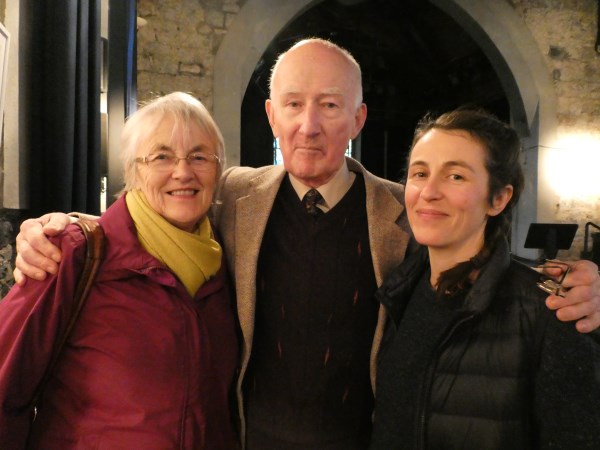 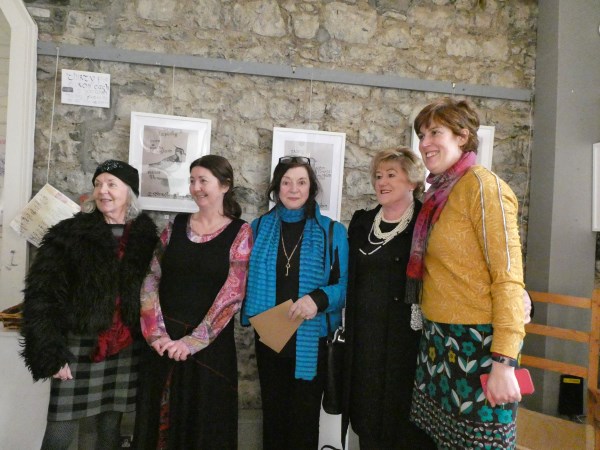 Family, friends and neighbours were in St. John’s to support. 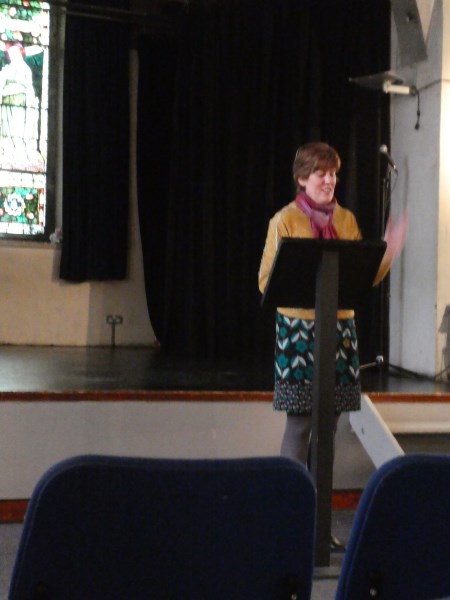 Máire Logue was our hostess and Mary provided us with a sumptuous feast. There was food for the body and soul in St. John’s on Feb. 1 2020.

I have never before got a chocolate covered strawberry at a launch! Thank you, Mary

A Charm, a Cure and Unhappy Priest

A Tale from a Rathea child in the Schools’ Folklore Collection

Mickey Hussey was a native of Banemore. He was a charm setter. He was a small man with a hump. He used to be going round with an ass and car. He was well liked by everybody.

He always obliged his neighbours as far as he could. One night there was a woman living in Gleannaléime and she was very bad. A varicose vein bursted in her leg. The priest was sent for and he only gave her a few hours to live. After the priest was gone her son made for Banemore to Mickey.

Mickey was not inside he was at Jerr Finnerty’s house. The son had only such a limit of time and he told his story to Mickey. Mickey went out and brought in two dog-briars. He split them into two and set them apart in the table. As he was saying the words the briars were drawing close to each other. And at that moment the cock flew out through the coope and crew three times up in the table in front of Mikey. There was neigbours inside and they got in dread when they saw the cock. And Mickey said you amadán if he didn’t do that sure my work would be no good.

Before the son arrived home the Mother was alright. Next morning the priest came and he was surpised when he saw her. So they told him their story and he became very angry. He said he would excommunicate him from the Church if he would not give up this work. All Mikey said was “I saved her life and let you save her soul”. When the Fennertys went out the cock was dead outside the door. 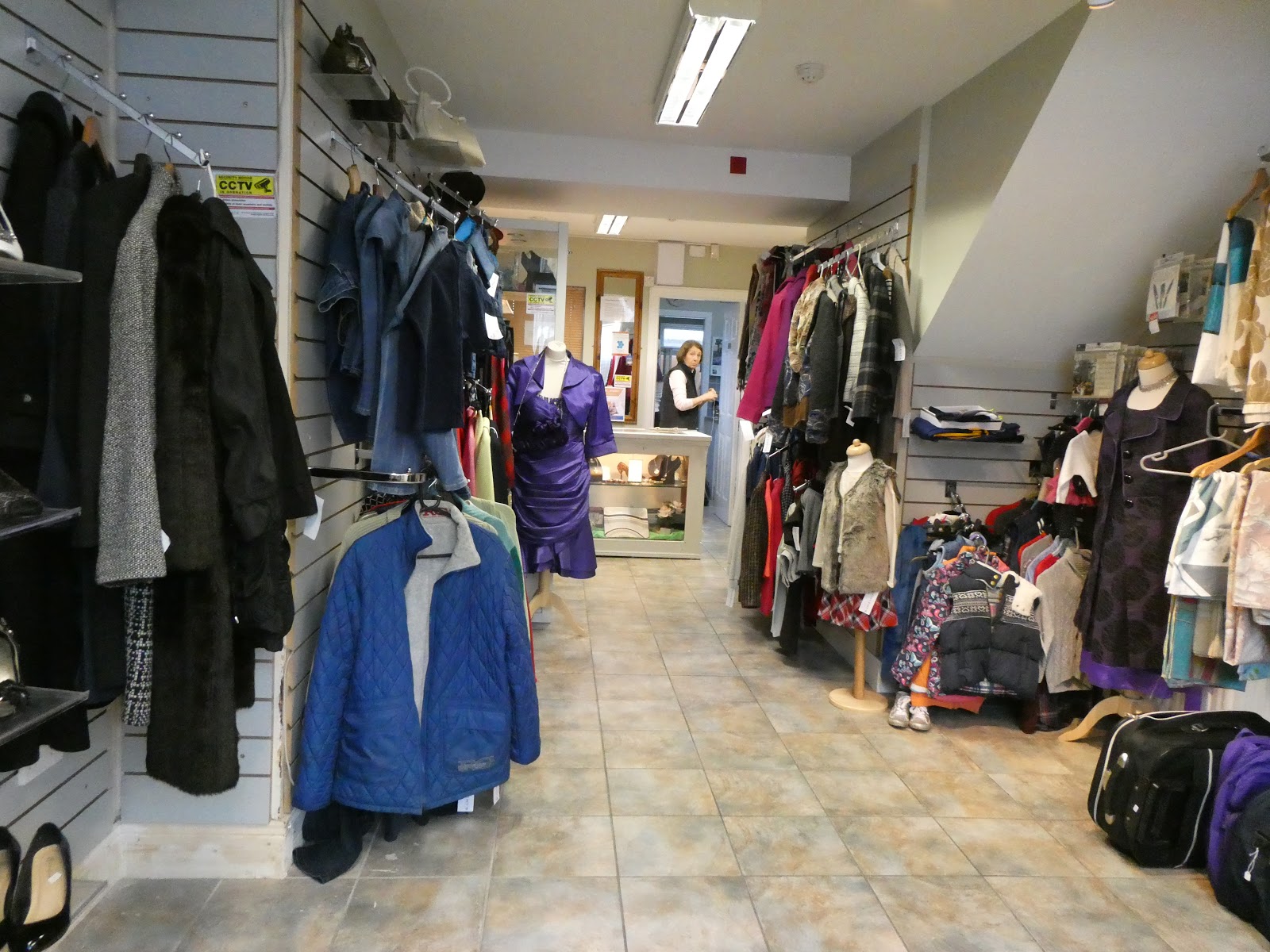 Listowel’s St. Vincent de Paul shop looks twice the size since its recent revamp. It still has all the same lovely smiling faces to greet you when you shop there. It’s open on Wednesdays, Thursdays and Fridays from 11.00 a.m. to 5.00 p.m. 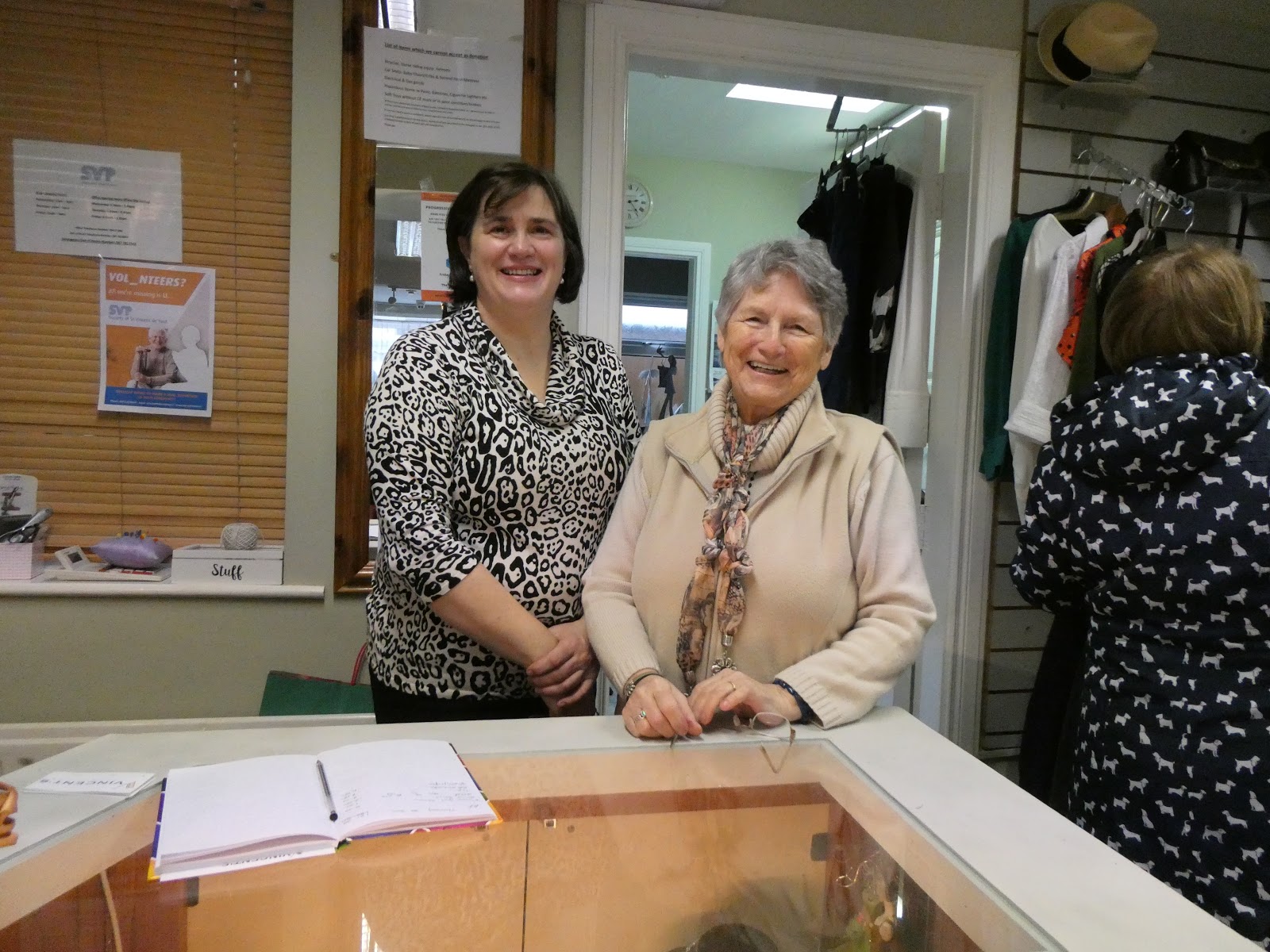 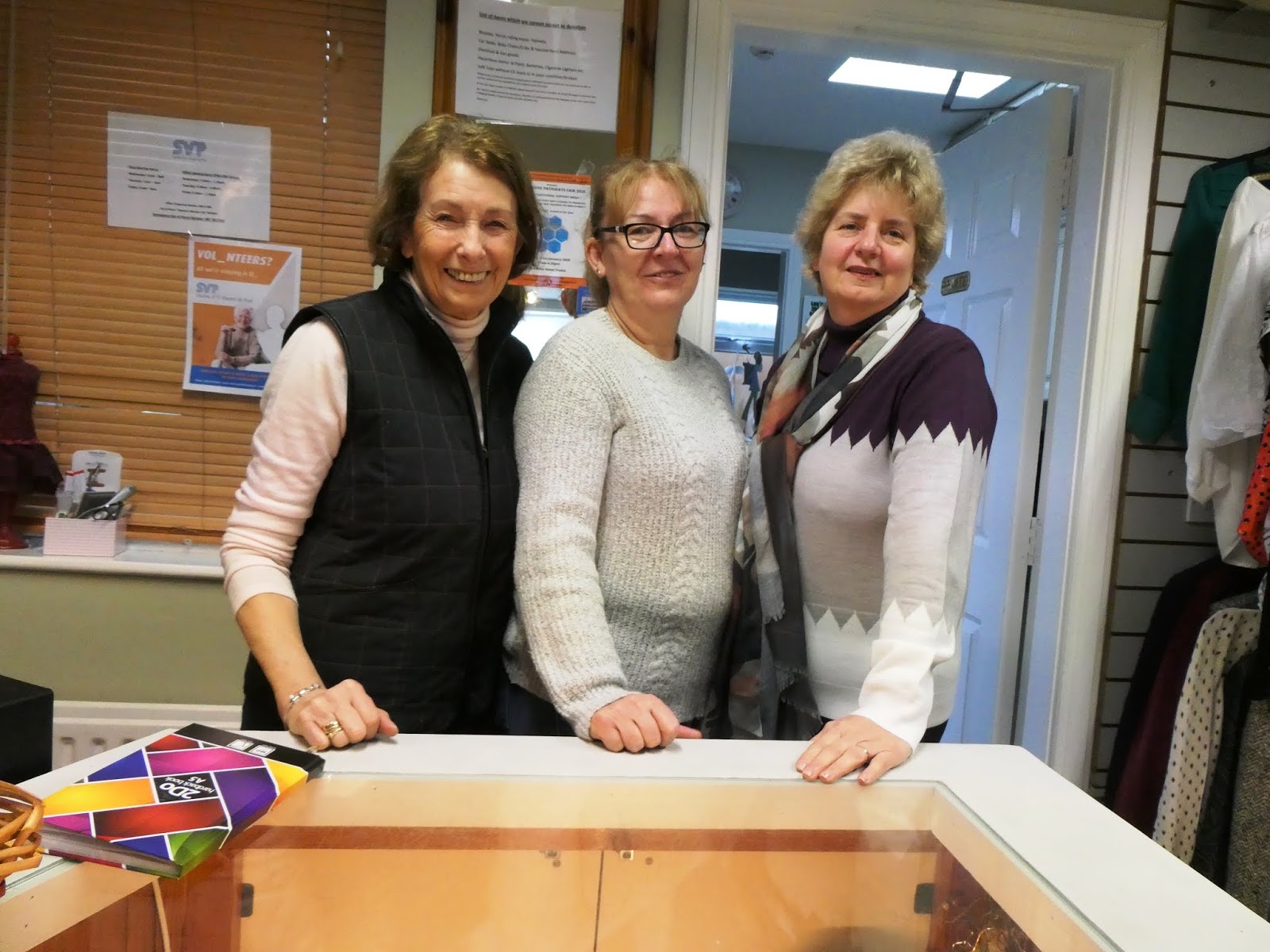 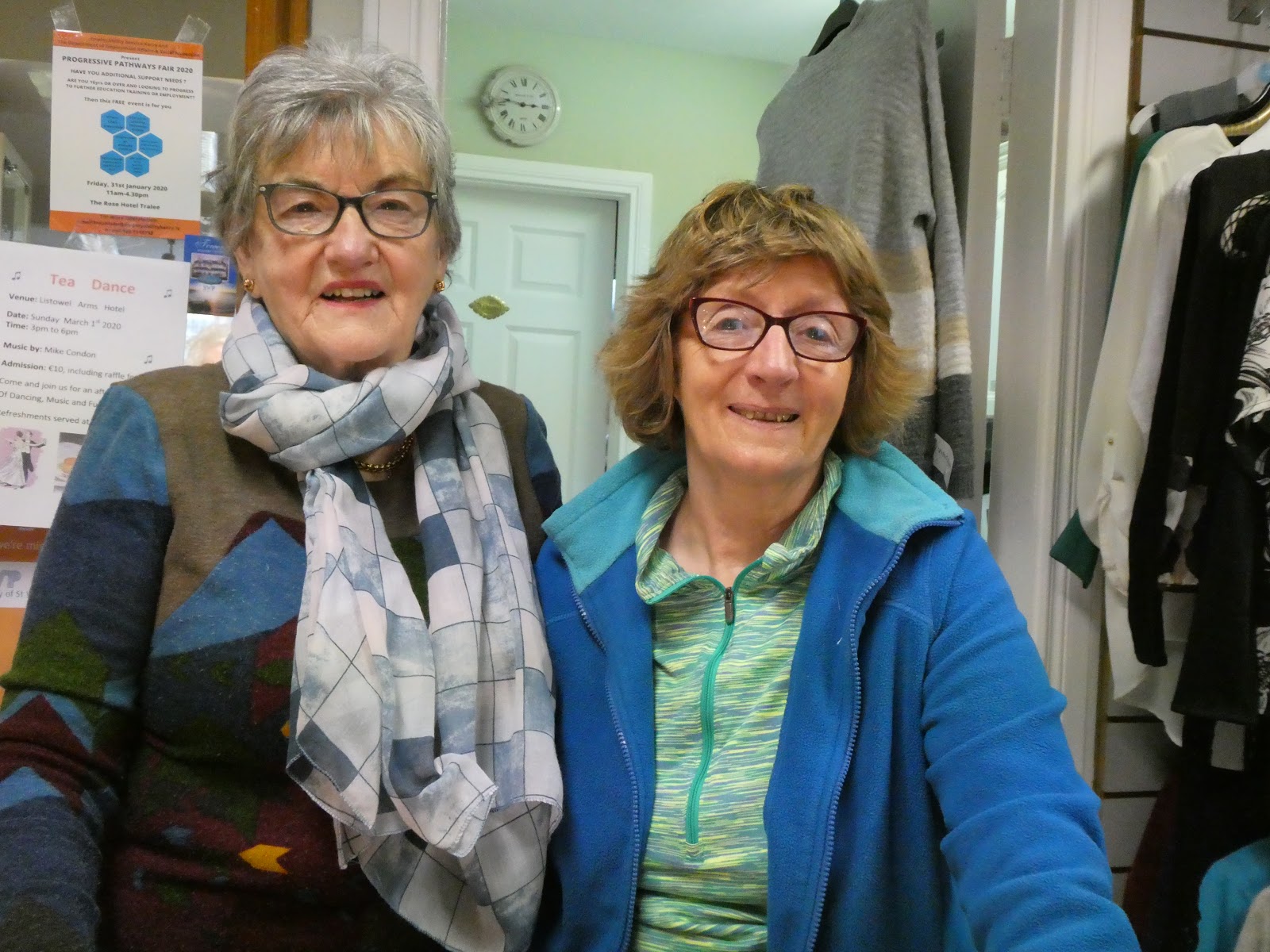 Above are just some of the friendly hard working volunteers. I’ll have to call in again to catch the rest of them.