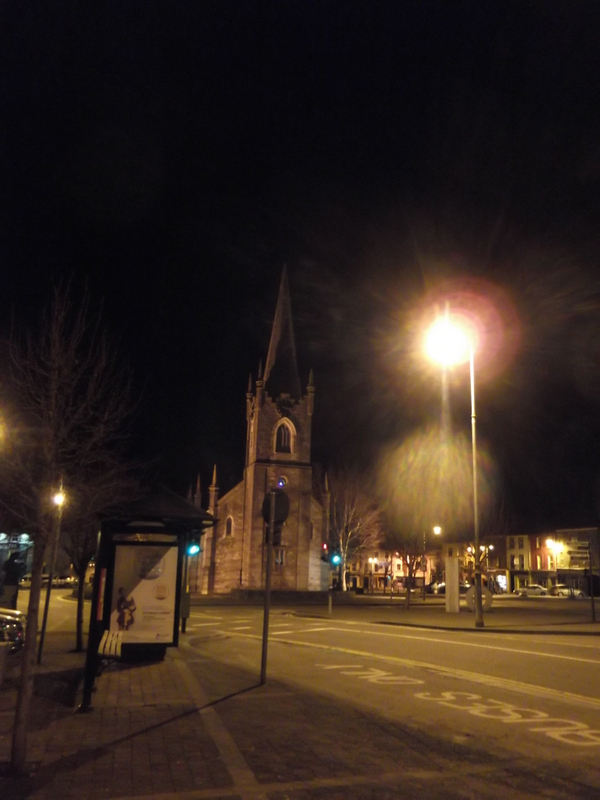 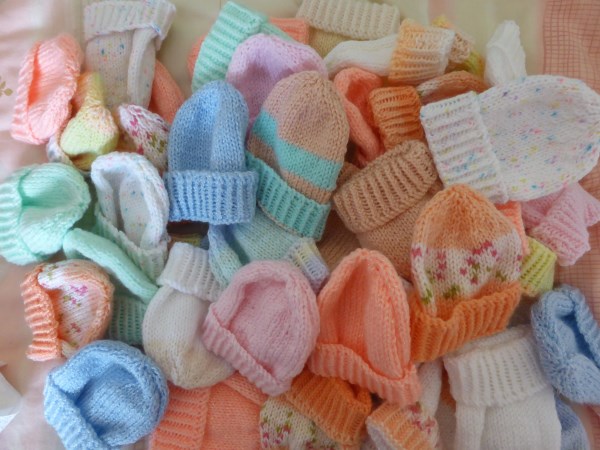 These are some of the hundreds of hats for premature babies that are knitted by a very kind lady here in Listowel. 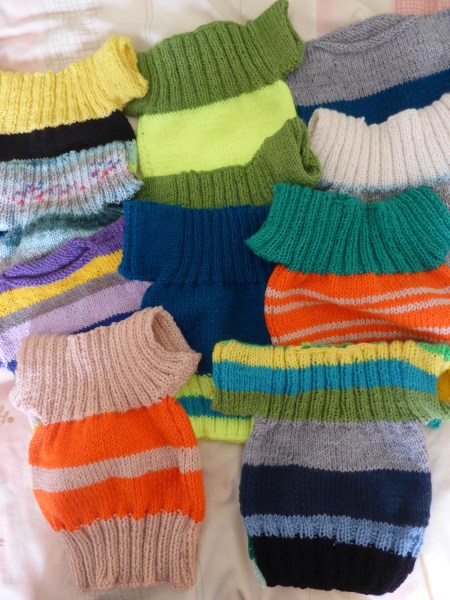 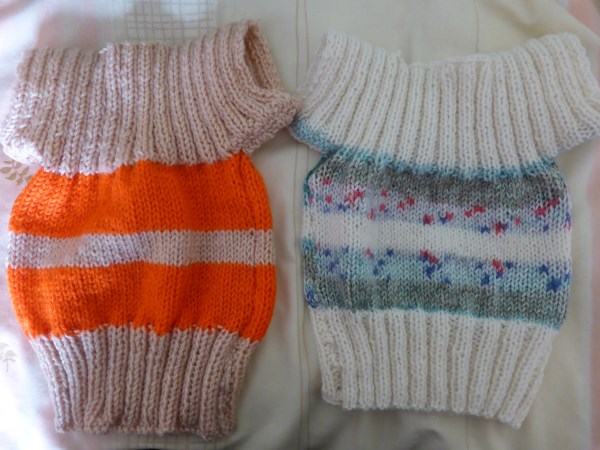 There is an African charity that encourages knitters to knit these simple jumpers for African babies who would otherwise have no clothing. They ask us knitters to use colorful yarn as African people associate white with death and they love vibrant colorful garments.

Knitwits meet to knit and crochet on Tuesdays and Saturdays in Scribes Café in Church St. Listowel and everybody is welcome.

Junior Griffin fills us in on more Badminton History

Some of the ladies who played badminton in the early  years
were Mrs. Clem Crowley, Miss. Kit Medell and Miss Mary Scanlan, who was a
carpentry teacher in the old Technical School at that time.  Romance blossomed here
through badminton as Miss Scanlan became the wife of Seamus Wilmot. Mr. Wilmot
in later life became Registrar of the National University of Ireland, was the
first President of Siamsa Tire and was the author of many plays in Irish.

Mrs. Crowley was the wife of Mr. James
Crowley who was the Sinn. Fein T.D. for Kerry North at that time.

It is known that in the late twenties there
was two badminton clubs active in the town, then playing in the Plaza Cinema and the
F.C.A. centre, known locally as the Sluagh Hall.

For a time badminton was played in a shed
in the Market place which was owned by a body called the Irish Automobile
Club.  This it seems was short term with
the Plaza hall and the Sluagh hall
being the main venues.  Names to
the fore at that time were Frank Sheehy, Mai, Matt and Harry Naylor, Frank
Cotter, Mick Lynch, Paddy Walsh, Babe Jo Wilmot, the McElligott family and the
Macauley family.

The early thirties saw a banking family
arrive in Listowel by the name of Peard and they lived in the Square in a house
which has since been demolished and it was to the right of the Catholic Church. 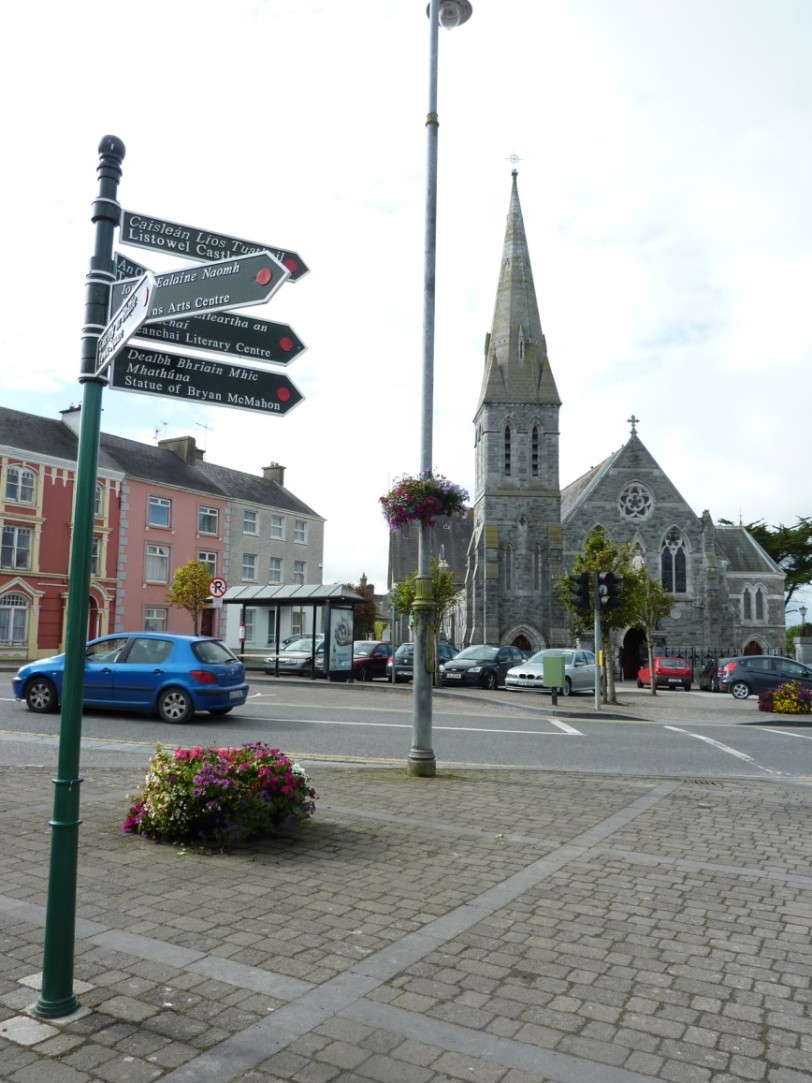 The Peards were very much into badminton
and the mother and son, named Frank, were much involved in the local club.  The family were in Listowel from 1932 to 1938
and moved back to Dublin.  Frank Peard
became one of Irelands leading badminton players and in mens’ doubles was rated
in the worlds top ten.

In his book “Sixty Years of Irish
Badminton” he wrote of his time in Listowel and mentioned a Mrs. Macauley and a
Gus Stack who he played with and who was his teacher in St. Michael’s College
at that time.

Indeed, Frank Peard went on to be the
managing director of Guinness Ireland and is still interested in badminton though
in his nineties. 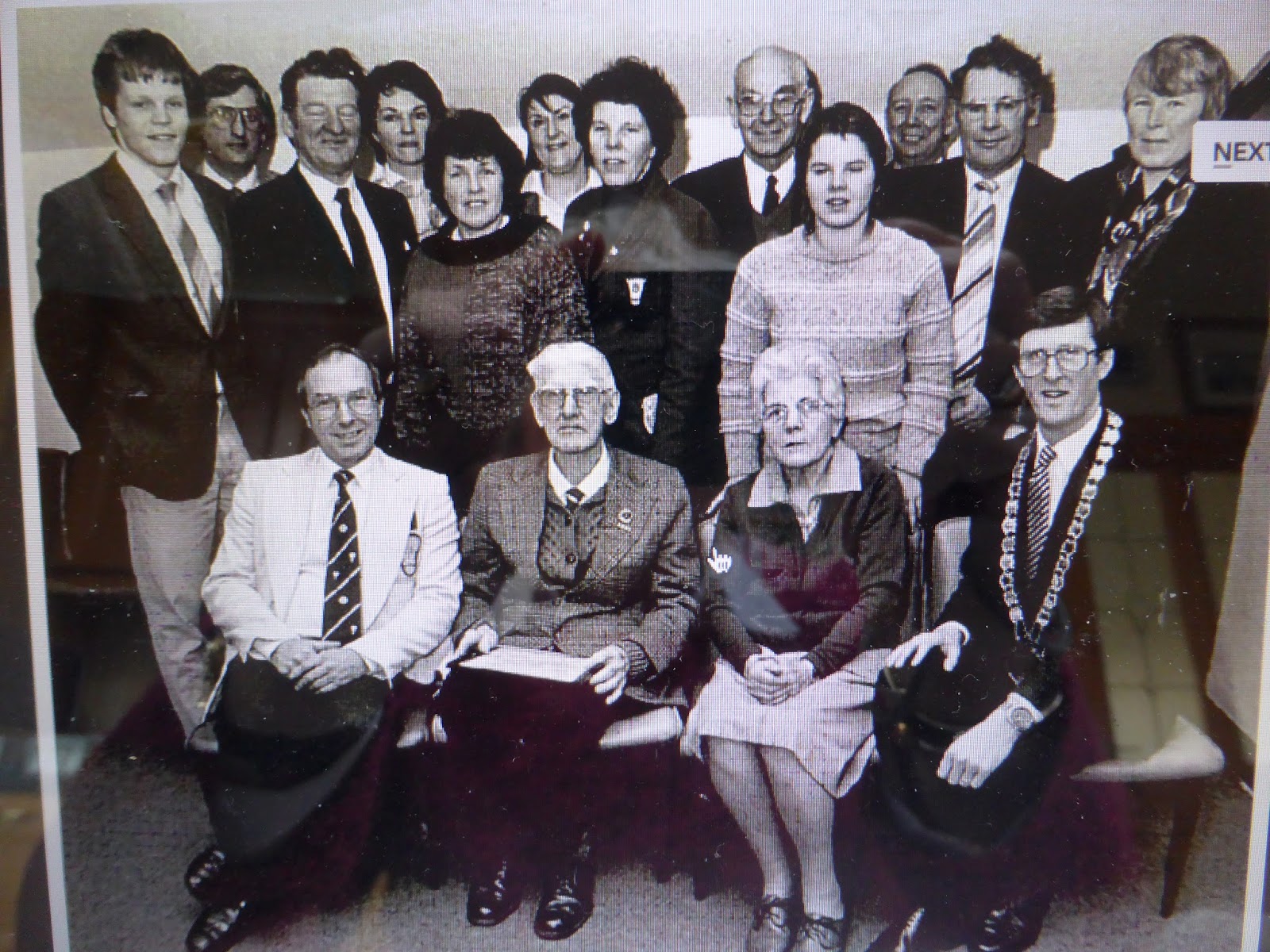 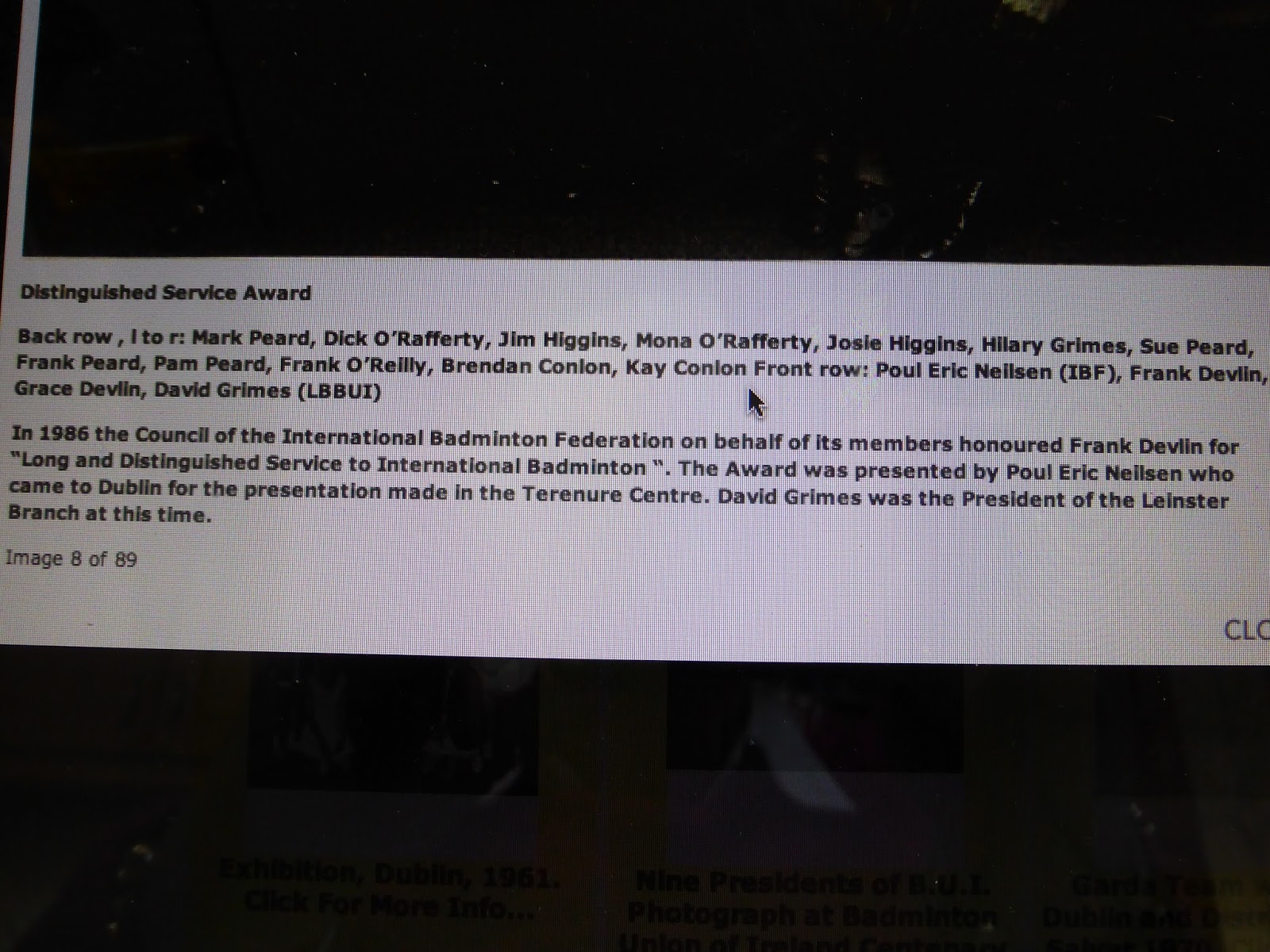 ( I trawled the internet for a photo of Fred Peard and this was the best I could do.)

Mr. Peard gave great praise to the Tralee
Clubs of that time against whom Listowel played several friendly matches.  In particular he remembered being very
impressed by the Quinnell brothers of the K.P.H. club for the manner they received
service. Both, he wrote, stood right up to the short service line and
“threatened” the server.

The Barn Owl and the Bank Vole 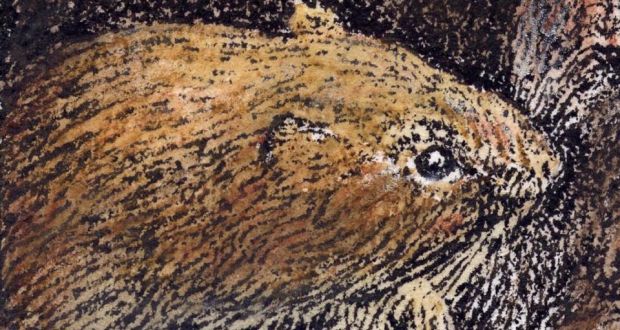 The bank vole painted by Michael Viney for The Irish Times.

“Barn owls in Britain feed mainly on field voles, a species that never reached Ireland. The range of the alien bank vole has spread widely across Ireland since its discovery near Listowel, in Co Kerry, in 1964. It had almost 40 years of Irish residence before that, having arrived with German machinery for the Ardnacrusha power project in the 1920s (a theory supported by DNA studies).

Bank voles mostly prefer woodland and hedgerow habitats, yet they now inhabit the southwestern third of the island, from the Co Cork coast to mid Co Mayo. Other Irish studies of barn-owl pellets show increasing reliance on the vole as prey, rather than the field mice and rats that used to dominate. The owl’s long legs reach easily into dense cover, but in a paper to be published in Irish Birds, the research journal of BirdWatch Ireland, the UCC scientists, led by Dr Sleeman, consider if the vole is spreading into open country, to take on the wider role that the field vole has in Britain.”

I bet you  never knew that, unless, like me, you read Michael Viney of The Irish Times online. 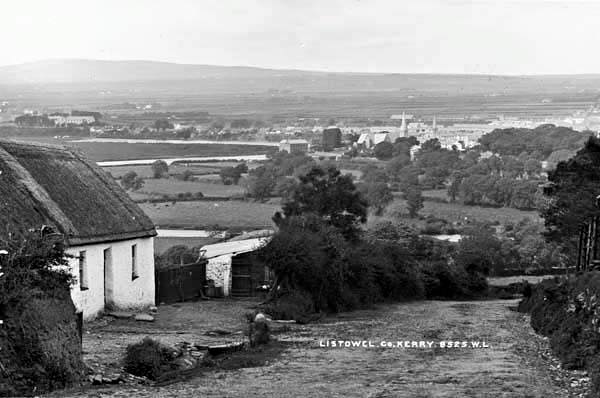 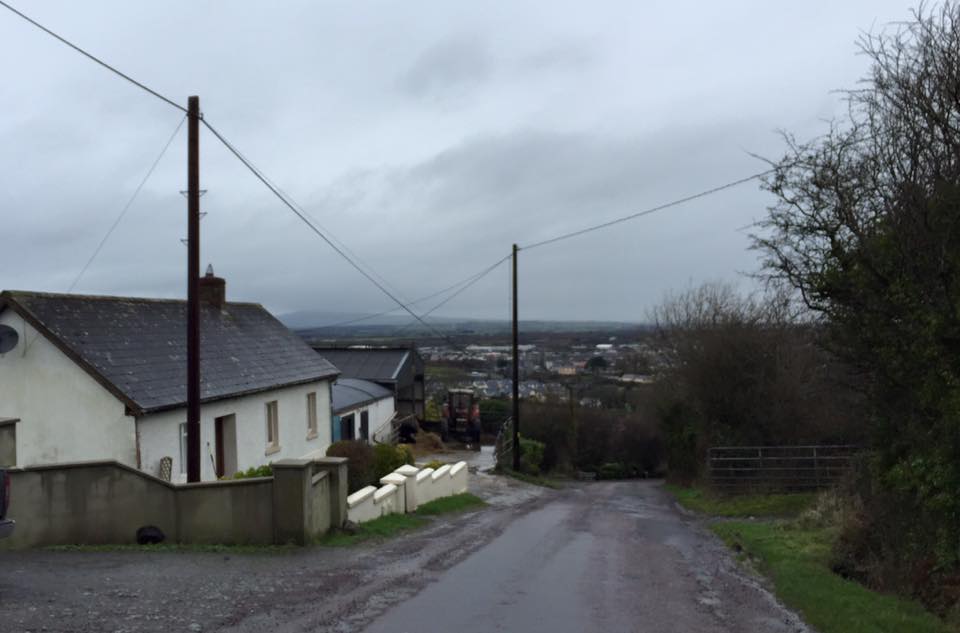 Two views looking north over the town of Listowel from the hillside at the south. The comparison is approximate as I’m not sure if the white farm building is the original cottage or not, there has been many changes. Notice how the doors and windows on the older cottage are level but the cottage itself is built with the slope. Also the road surface hasn’t improved much in between… 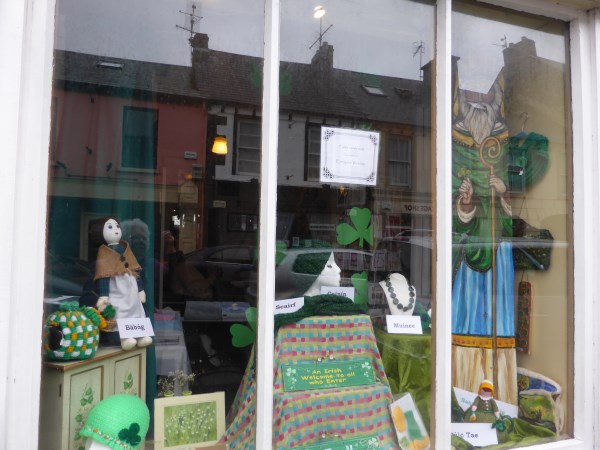 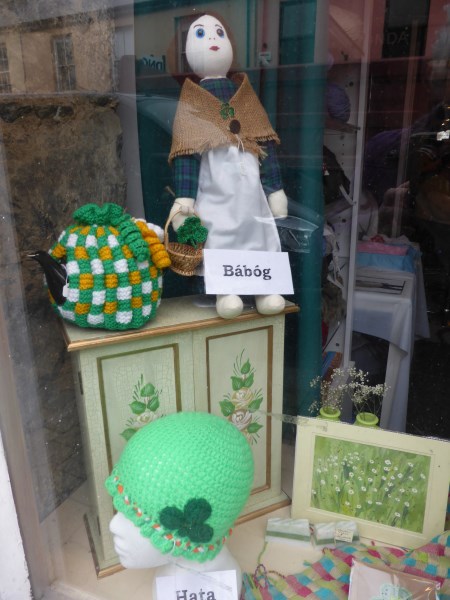 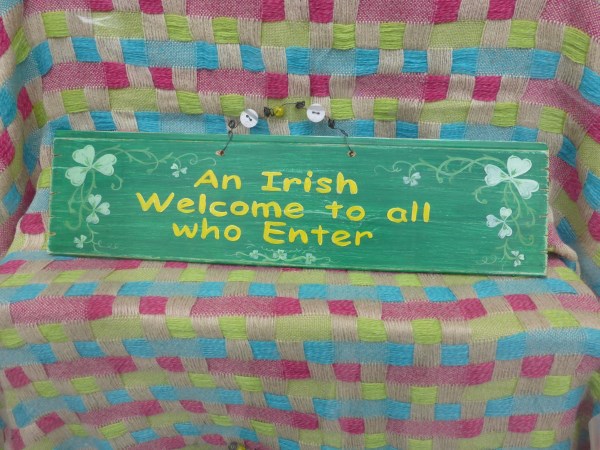 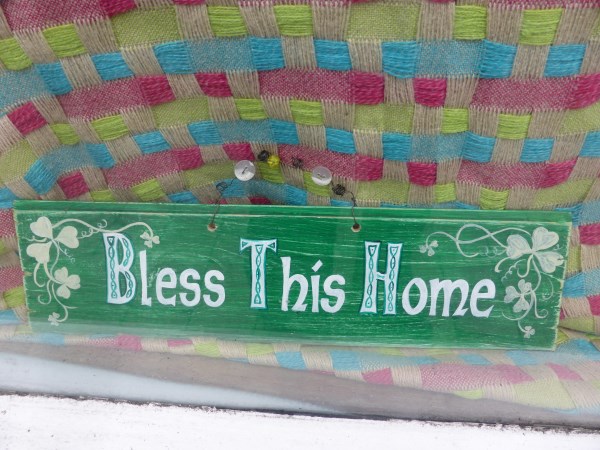 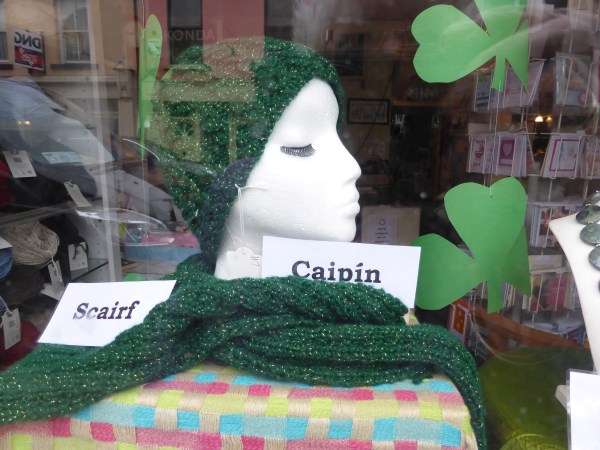 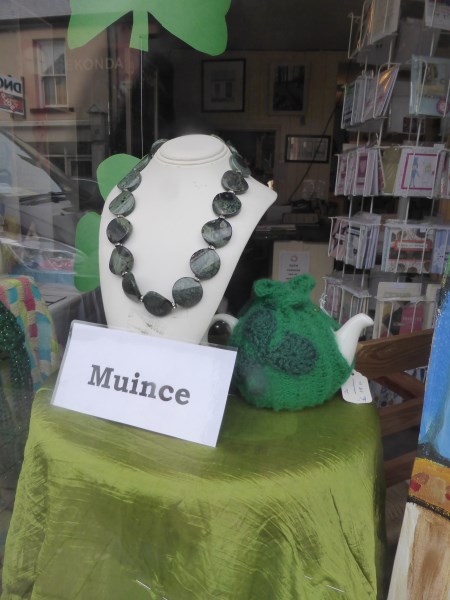 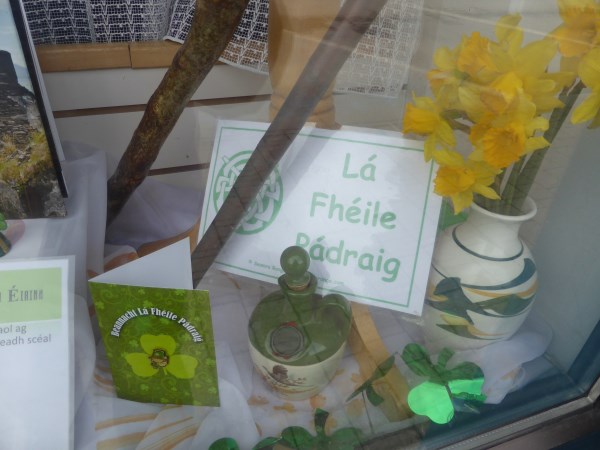 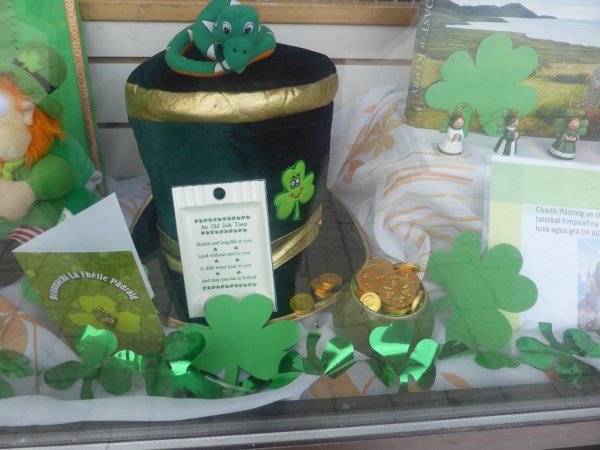 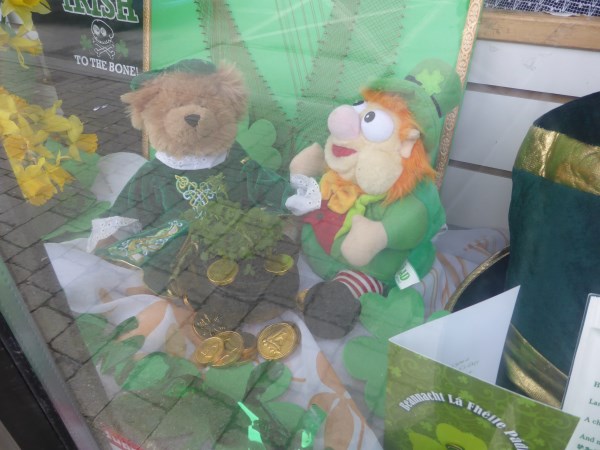 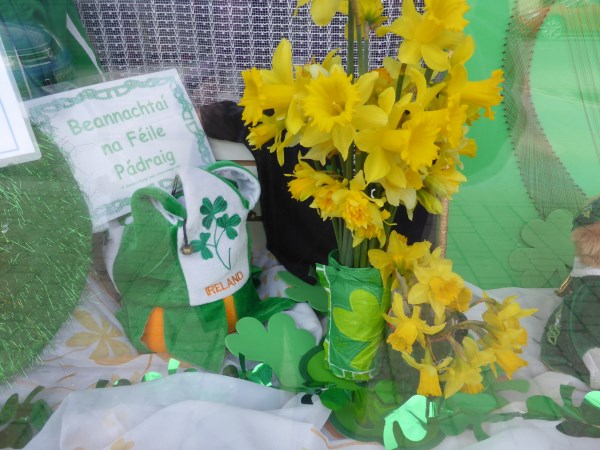