I went to the island on Sunday Sept 11 2016. The crowd was small. The weather was cold and very windy and there is a long week ahead so many people found something else to do. The attendance at the Ballyduff Kilmoyley hurling replay was massive. Lots of reasons why people stayed away but I enjoyed having the place to myself to explore. 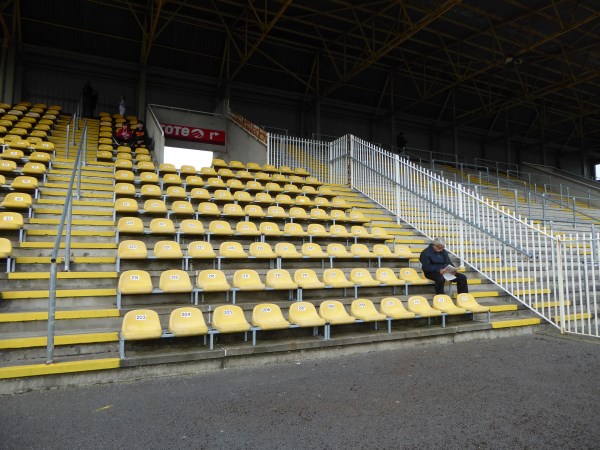 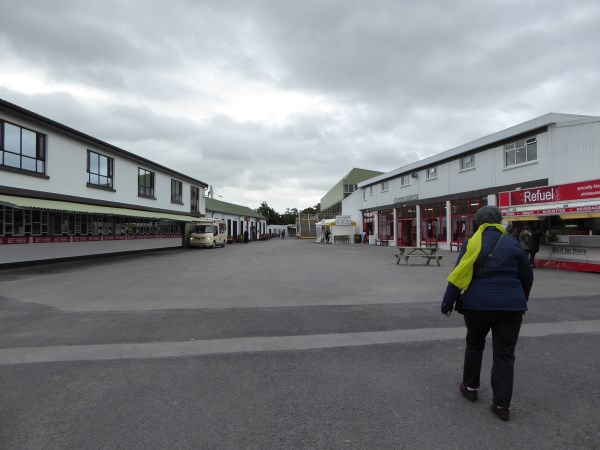 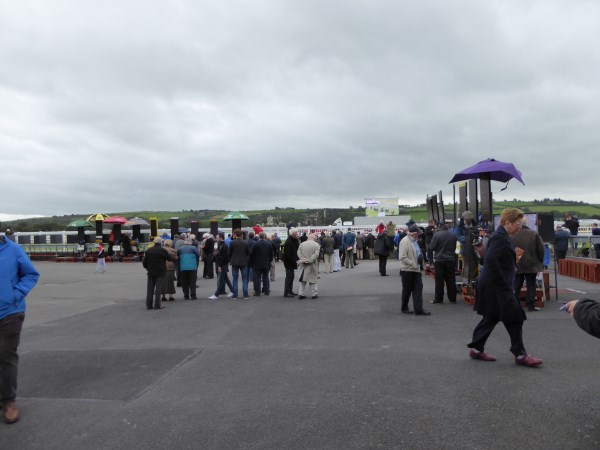 You’d never know who you’d run into on the island. 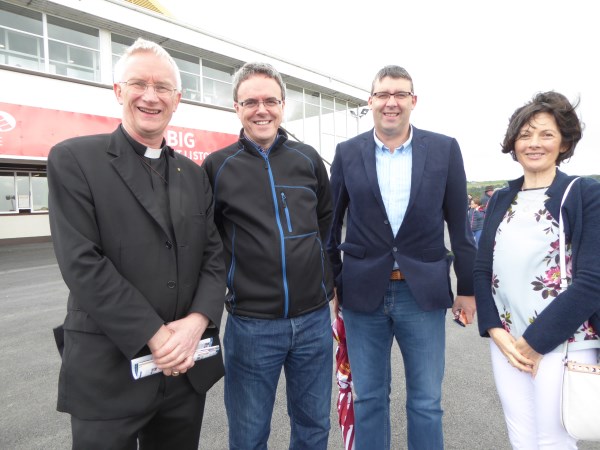 Bishop Ray seemed to be enjoying himself with his Listowel hosts, Shane and Jim. 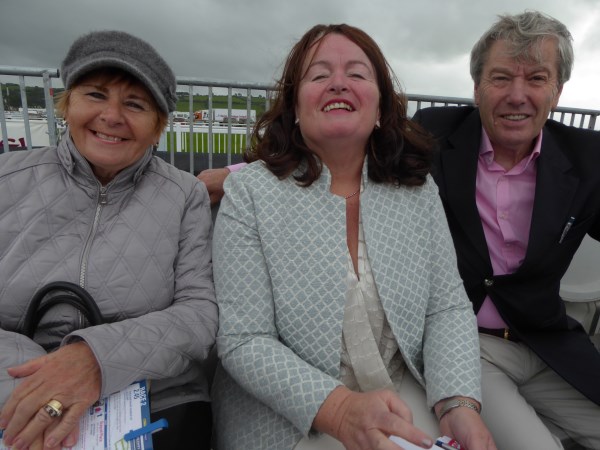 Jimmy Hickey was there with friends. He has promised to give us a real treat very soon. He is going to give me some old footage of Listowel dancers on trips abroad. When I get my hands on it I’ll be sharing it with you on Listowel Connection. 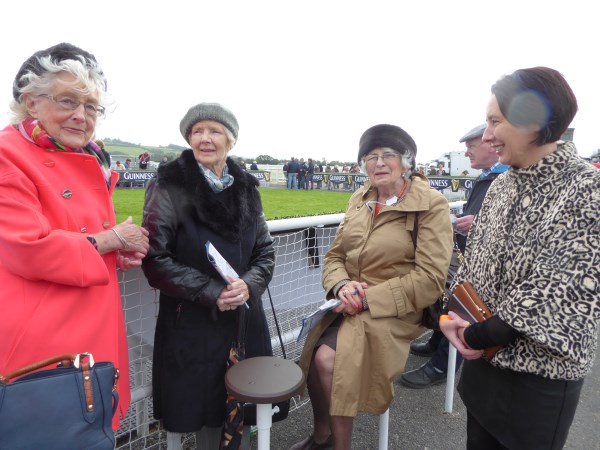 The Sheahan family have a long association with Listowel Races. 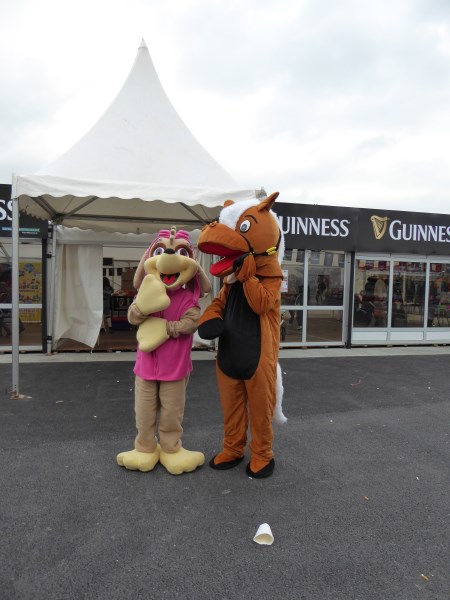 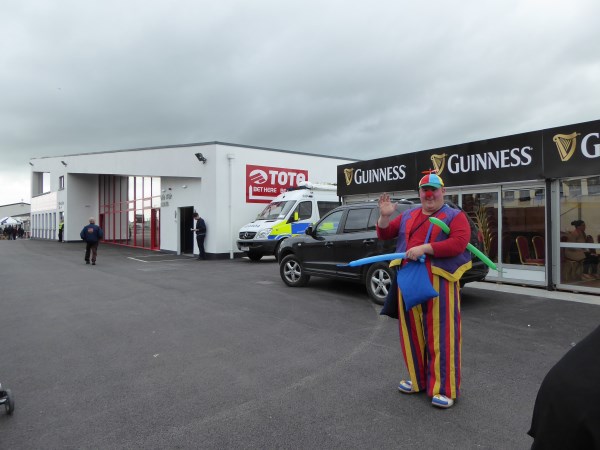 These fellows were there to keep the children entertained. They were very popular. 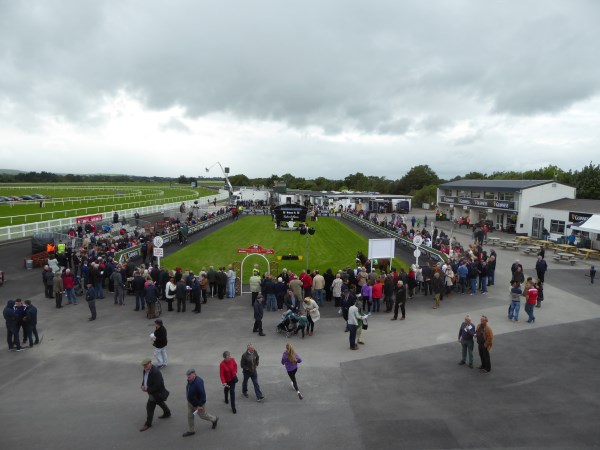 This is the parade ring. Every year it gets a bit of a facelift. This year it is looking particularly spruce. 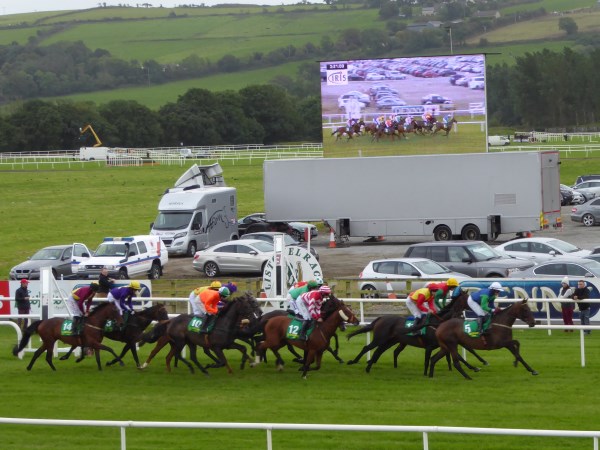 If your horse is first pat the post next time round, the parade ring is the place to be to see him coming in and his jockey dismounting. Then follows the debrief with the trainer and connections. 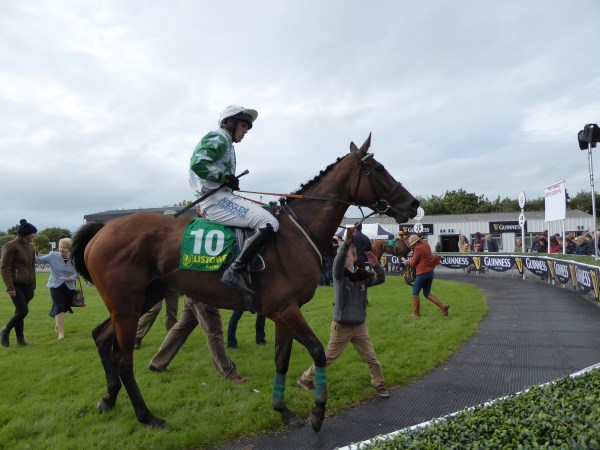 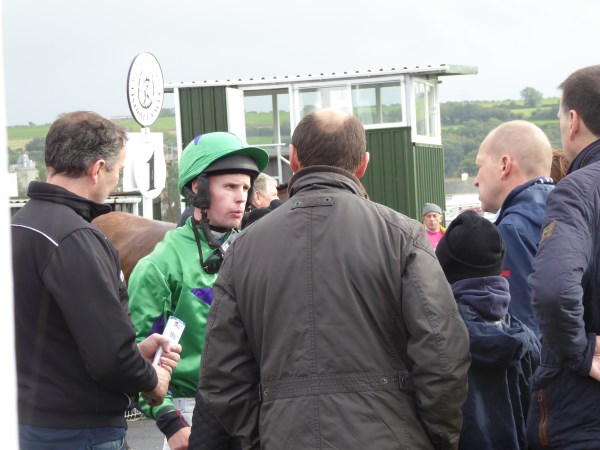 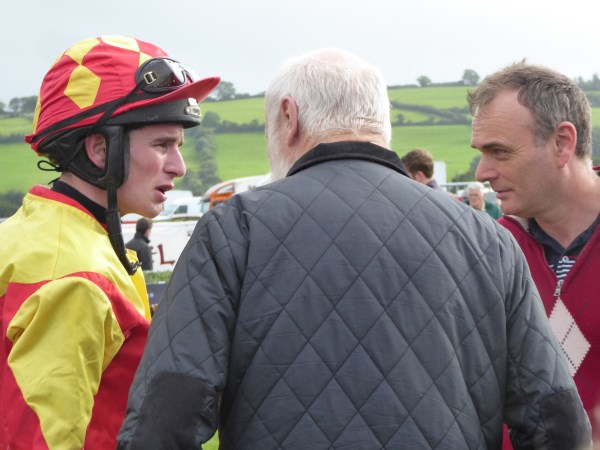 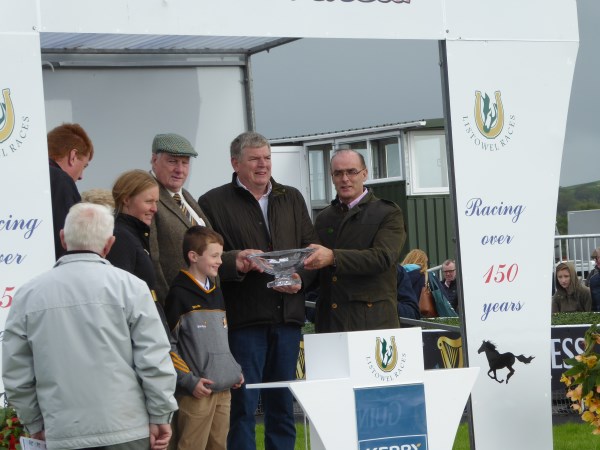 If you are lucky enough to get a ringside seat, you also get to see the winner being presented with his prize. Ringside seats were easier than usual to come by on Sunday. 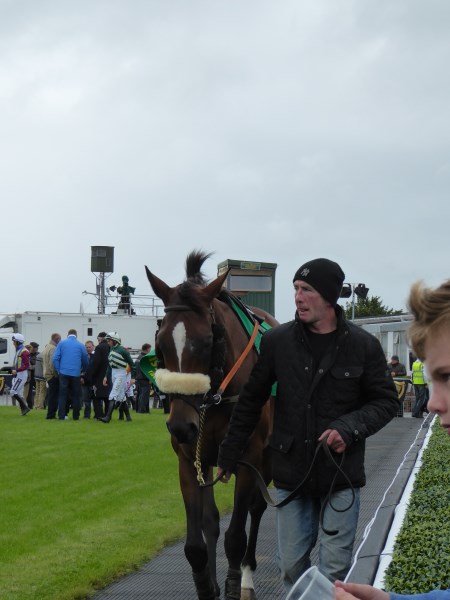 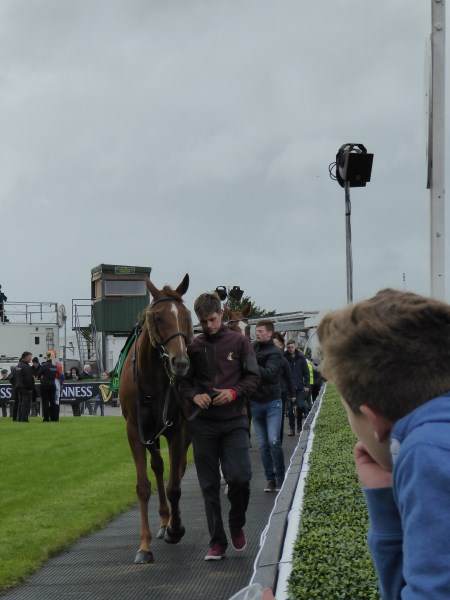 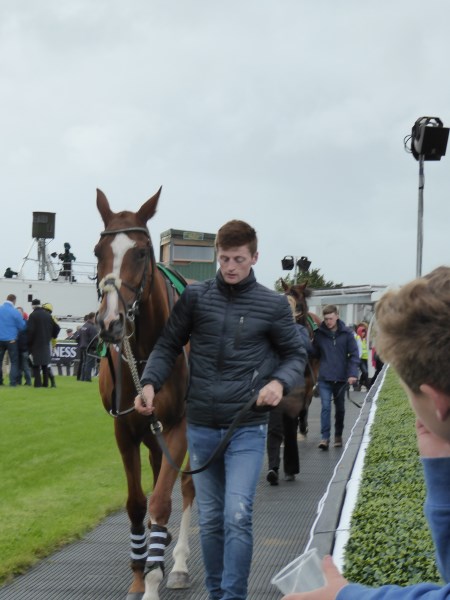 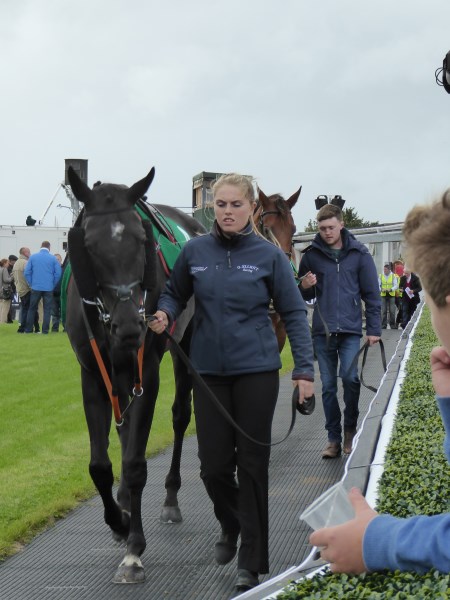 I never knew there were so many different bridles available for racehorses. From my seat at ringside I observed that practically every horse that passed was sporting a different bridle. I think we used to call them winkers. 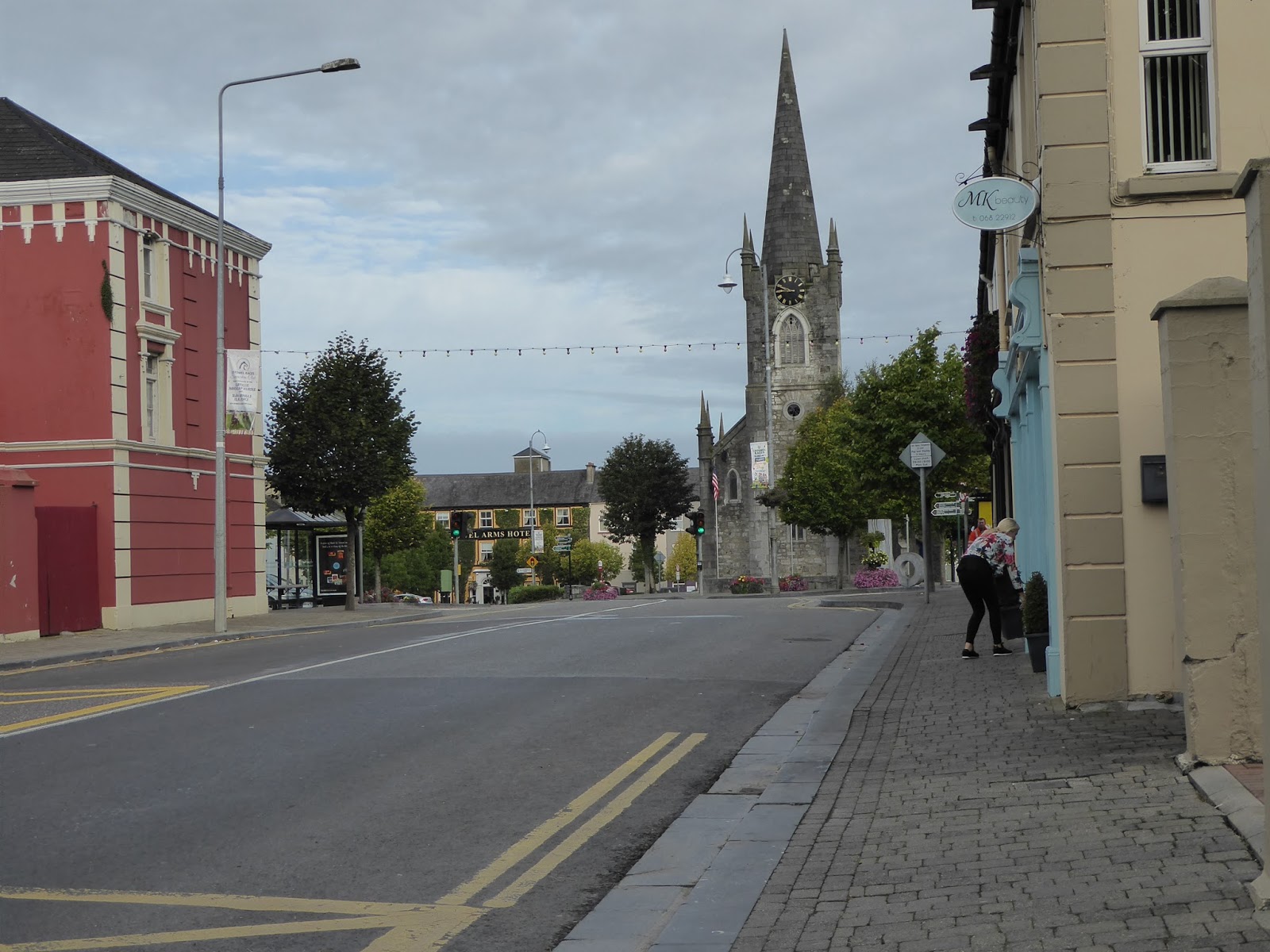 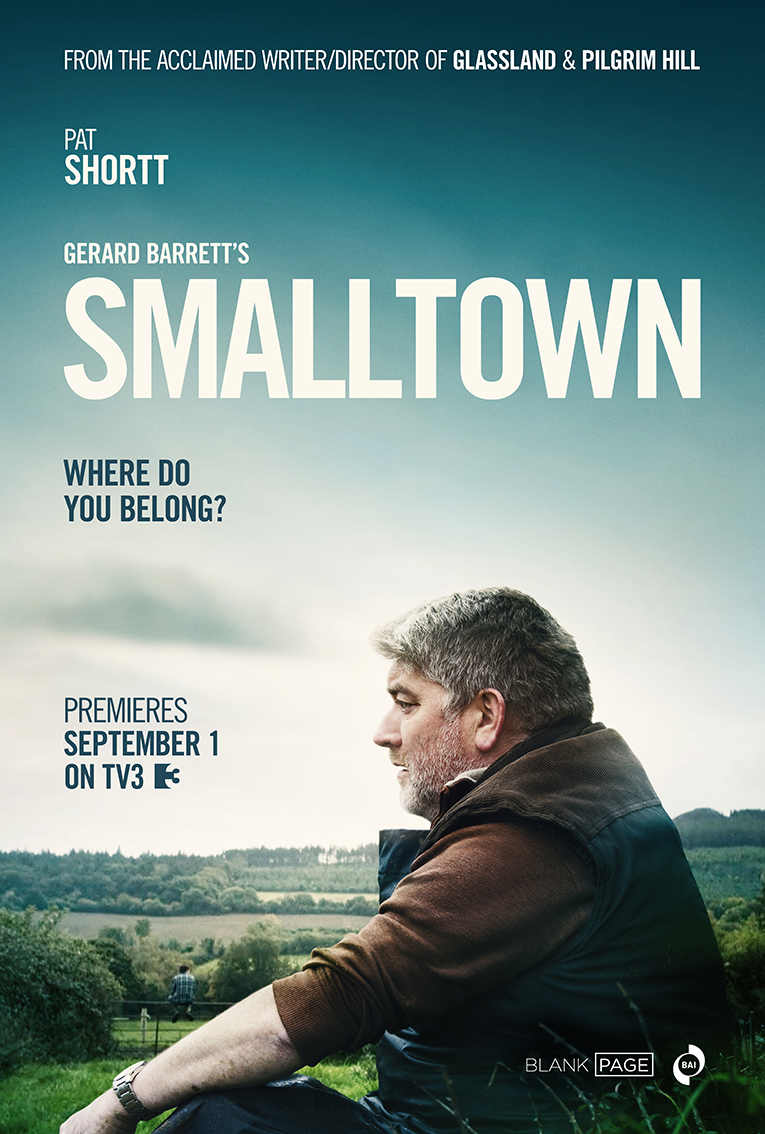 Did you watch Smalltown? It is the most gut wrenching show you will see in a long time. It is absolutely brilliant and it was made by a Listowel man.

It is a story about family, a rural Irish family who love one another but can’t express it in words. They don’t talk to one another much and when they do, it is often the wrong words that come out.

The two things that unite them are preparing food for one another and watching TV together.

Conor, the prodigal son, comes home to be present with his family in the final weeks of his mother’s life. Everything in his home town is the same and everything has changed. His awkwardness is so well captured we all know a Conor and we’ve all felt some of Conor’s feelings at times.

The family is breaking up, mother is dying in “the room”, Tom is out with his cattle and his farmyard chores, Conor is eating alone at the kitchen table and Timmy is watching other families resolve their problems in shouting matches on The Jeremy Kyle Show.

Conor cooks a meal for the family in a ham fisted effort at drawing them together. Funnily, just like these things happen in real life, the exposure to foreign “culture” works and the family eat the “shit” together in the bedroom while laughing together at some stupid show on TV. We just know as they do that this will probably be their last meal together and maybe their last happy memory as a family.

“For love, all love of other sights controls,

And makes one little room an everywhere. ” John Donne

There is a scene in episode two when Tom, stripped to his bedtime attire of vest and boxer shorts,  slowly quenches the candles that light the room and climbs into the cold hospital bed beside his dying wife. She tries to comfort him as he tries to draw strength from the shell who once was his rock.  The scene is so well done, I challenge anyone to watch it without a tear.

There is loads more to Smalltown. I can’t wait for this Thursday when the mother will inevitably die. Will the English girlfriend come to the funeral? How will that go down?

I have never seen a Gerard Barrett film through to the end. Pilgrim Hill was so heart breakingly gloomy that I gave up. I didn’t venture to Grassland. Smalltown has won me over. I’ll definitely be at the next Gerard Barrett movie.

Greenlawn, Road works on William Street and The New Kingdom