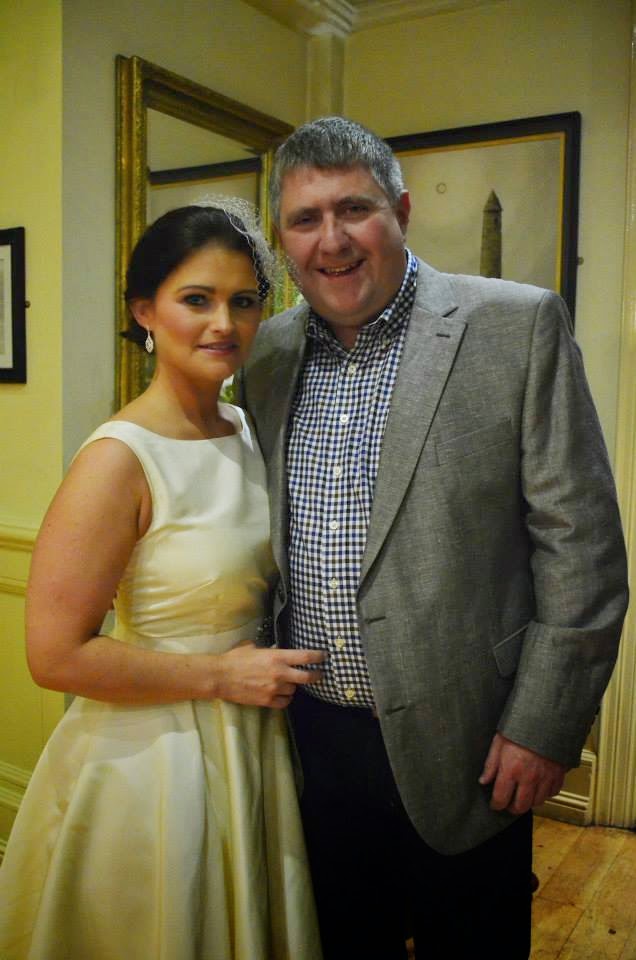 Photo of Christy and Sheila Walsh on their wedding day from 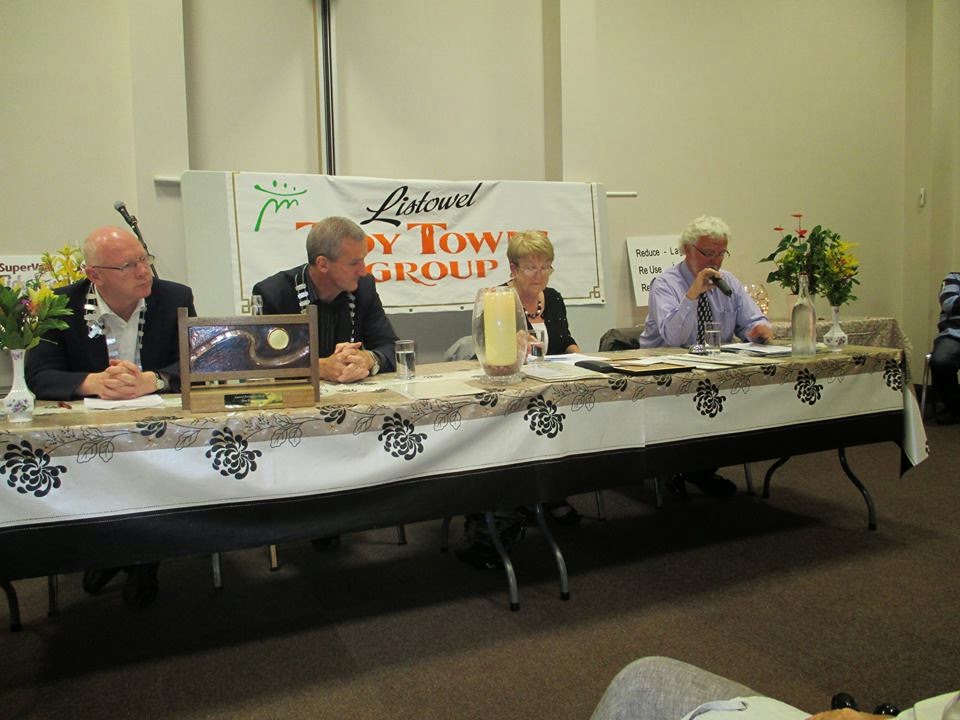 A Soldier of WW1 with a Listowel connection

The following story and photographs were sent to me by Mark Hewitt whose wife, Siobhán is a Listowel Hannon. Mark and Siobhán are frequent visitors to Listowel. The Maurice of the story was Siobhán’s grandad’s brother.

Maurice Hannon was born in Listowel on 1894 and was killed in action in Belgium in 1917.

Part of the current commemorations of the war includes the planting of 888,246 ceramic poppies in the moat of the Tower of London, one for each British soldier lost in the war.  Work on planting these started last month and will continue until November, when it will eventually fill the whole moat with a sea of red, representing the blood of the fallen.

Each night a Roll Call of names of 180 fallen soldiers is read out in a ceremony ending with a bugler playing the Last Post.  The public have been invited to submit names to be read out, and I have done this with Maurice Hannon.  His name is to be amongst those read out on Sunday 7 September at 7.25pm.

During the First World War Maurice decided to join the 2nd Battalion, Royal Munster Fusiliers (RMF) and by 1917 found himself at the Second Battle of Passchendaele.  From the War Diaries made by each Battalion at the time, now made available at the National Archives, I have put together the following account of the battle.  I have also seen the maps used by the troops at the time, and all the farms and cottages mentioned in the War Diaries are still there.

Two Battalions attacked the enemy lines at 6am on Saturday 10 November 1917, one of which was the RMFs.  The ground was a quagmire full of water-logged shell-holes after four months of battle. It was to be the last British effort of the Passchendaele campaign.  Weighed down with equipment, they waded waist deep through mud and water, initially taking all objectives within 45 minutes.

They advanced a further 400 yards, without orders, half way up a ridge. Here they were caught by the German attack, with the British counter barrage falling on them as well as the enemy.  They withdrew to a farm where, being pressed by the enemy, they threw balls of mud at the Germans who, thinking they were grenades, fell back momentarily. This farm fell at 8.30am with the RMFs ending up back where they started.

At 9.30am they attacked again and captured another farm.  By this time their ranks numbered 7 officers and 240 men, having started the day with 20 officers and 630 men.  Private Maurice Hannon was one of these casualties.

He is one of many war dead with no known grave.  His name, though, is recorded on the memorial wall at the huge Tyne Cot Commonwealth War Graves Cemetery in Belgium.  This wall alone has the names of nearly 34,000 soldiers killed in the area towards the end of the war but have no known graves.

The Battle of Passchendaele officially ended that day.  Estimates at the total numbers of casualties vary.  It is said the Allies had lost almost 275,000 men, killed and wounded in the four months of the campaign.  The Germans lost 260,000.  42,000 of the Allied dead were never recovered from the battlefield. The Great War lasted for another year and a day.

On 9 April 1918, five months after the Battle of Passchendaele ended, the Germans launched the Lys Offensive and in three days recaptured all the ground they had lost in the battle. 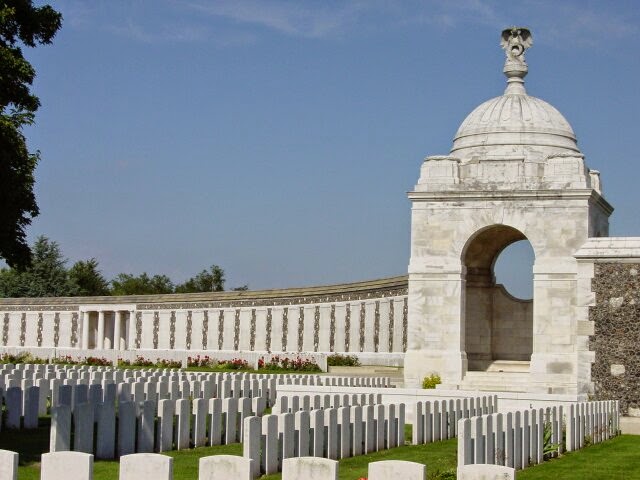 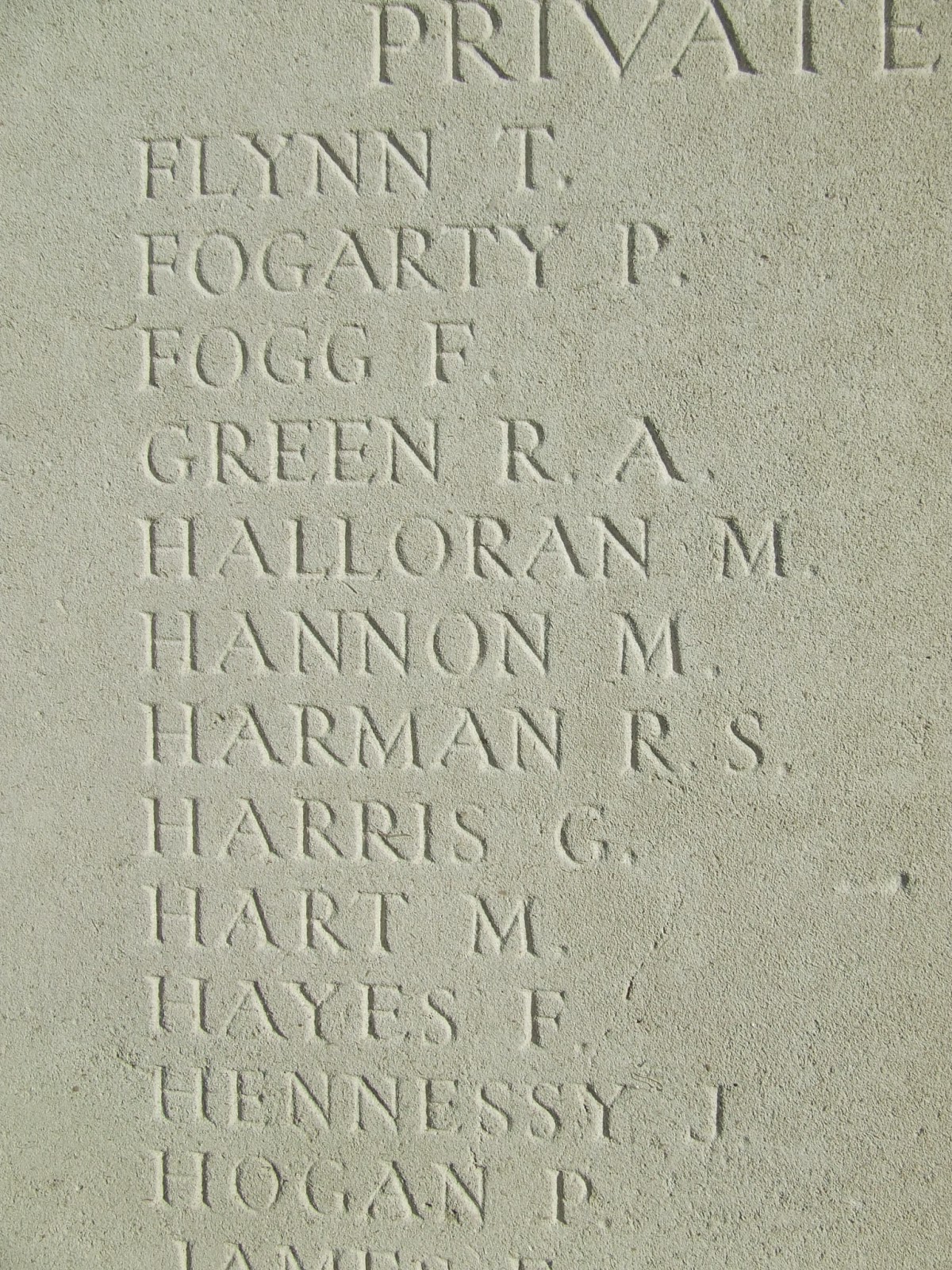 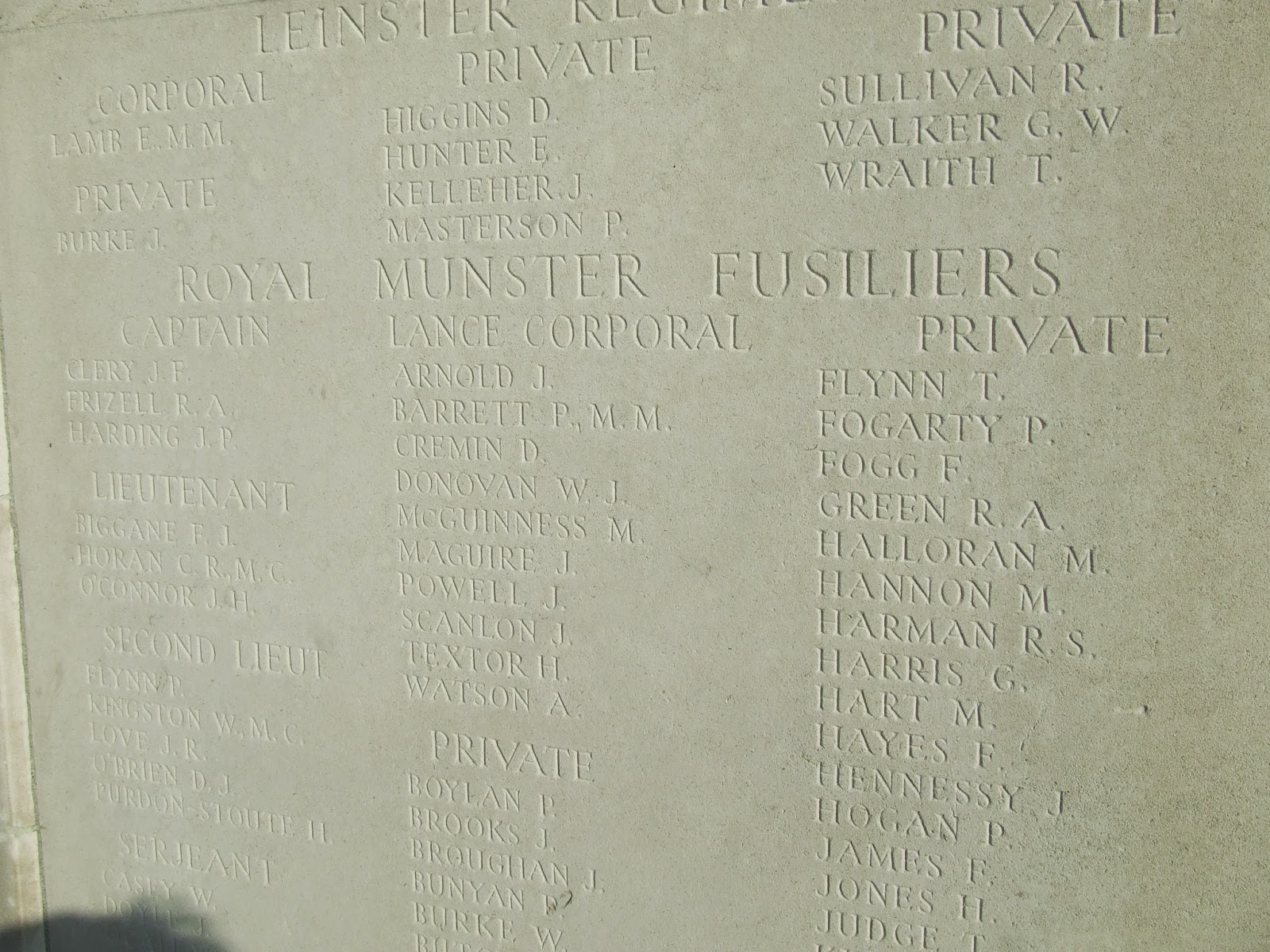 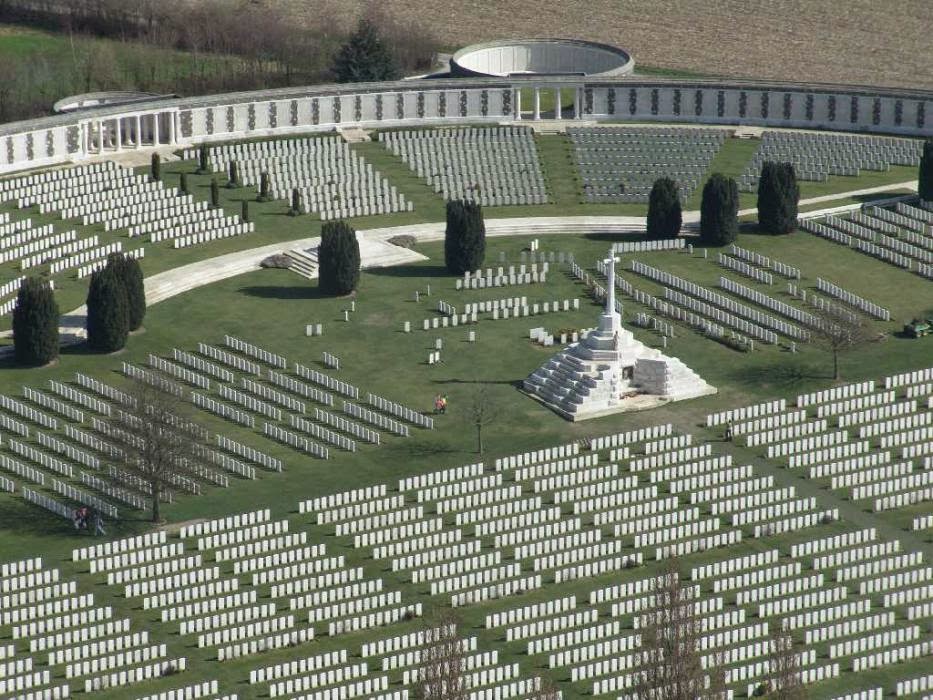 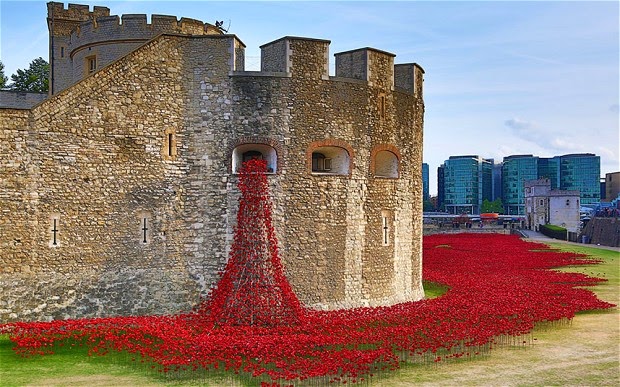 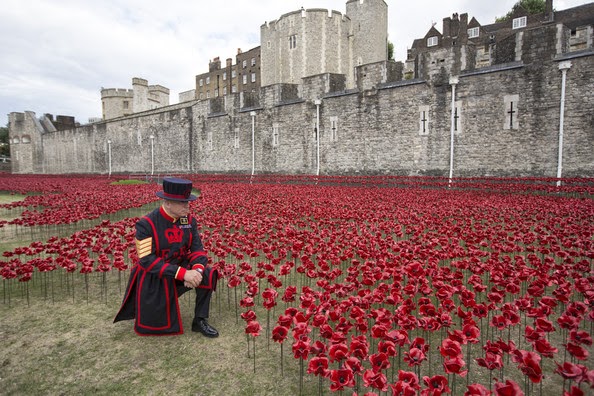 Some good old ones… photos by J.F. Nolan, Moyvane 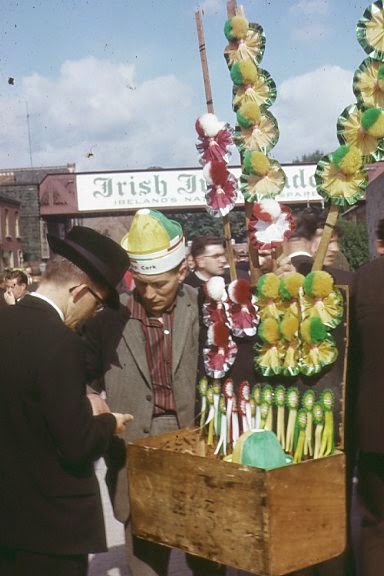 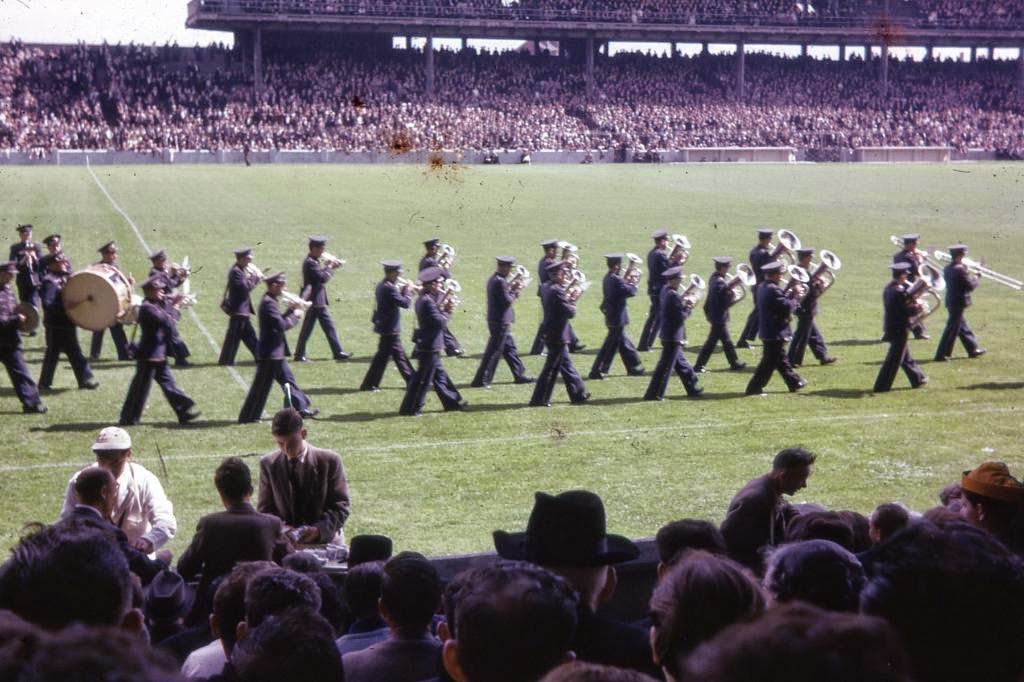 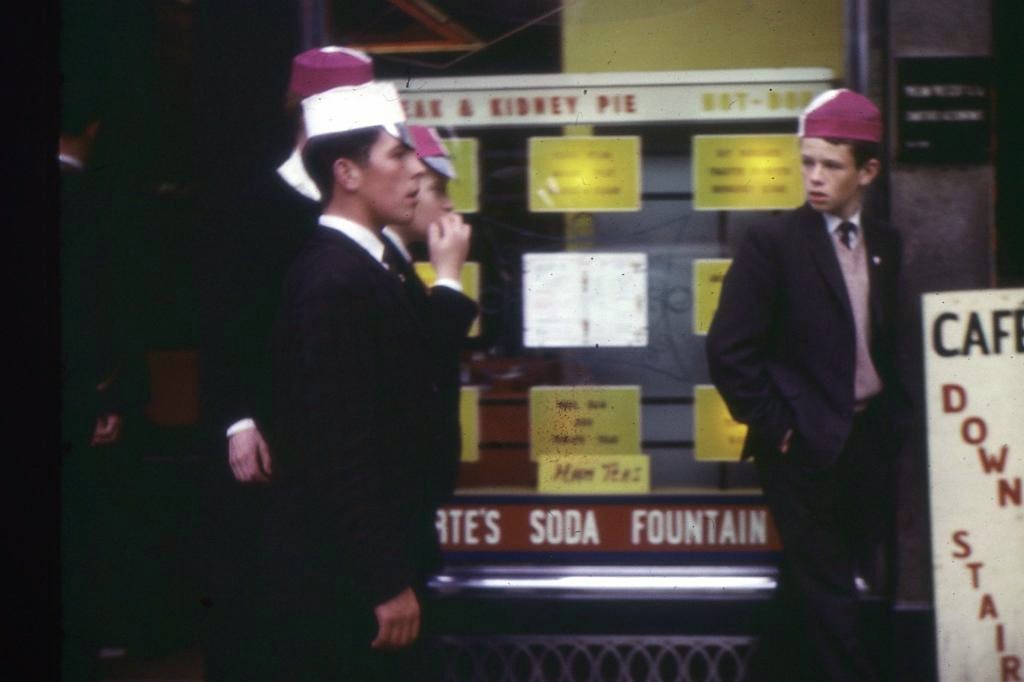 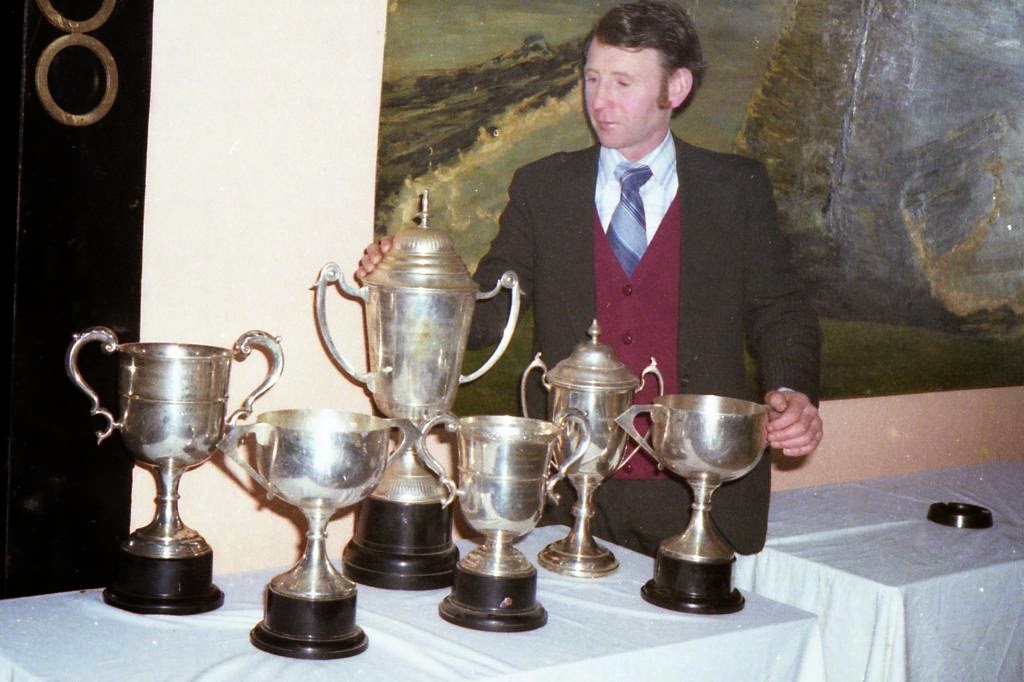 Moyvane cups at their social in 1979 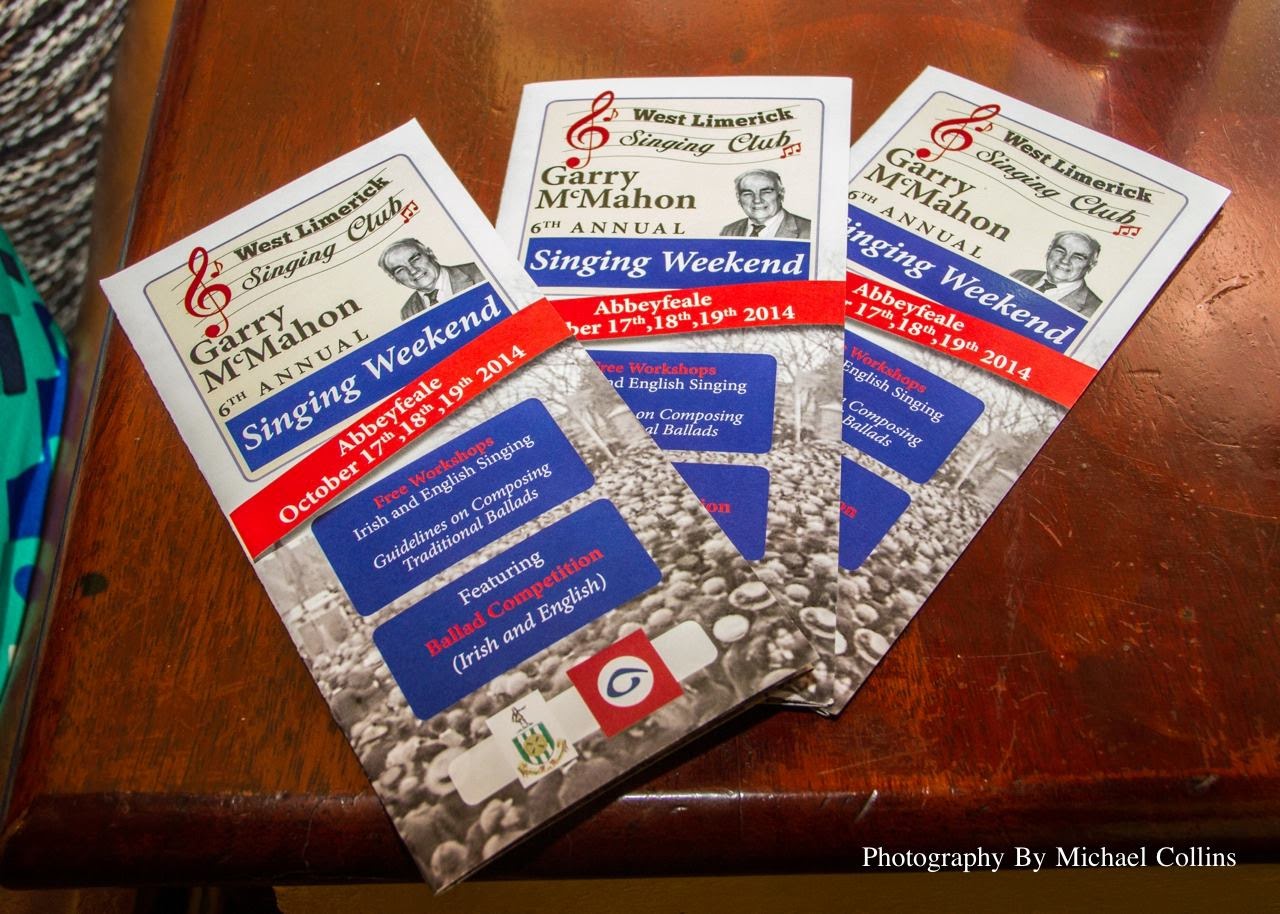 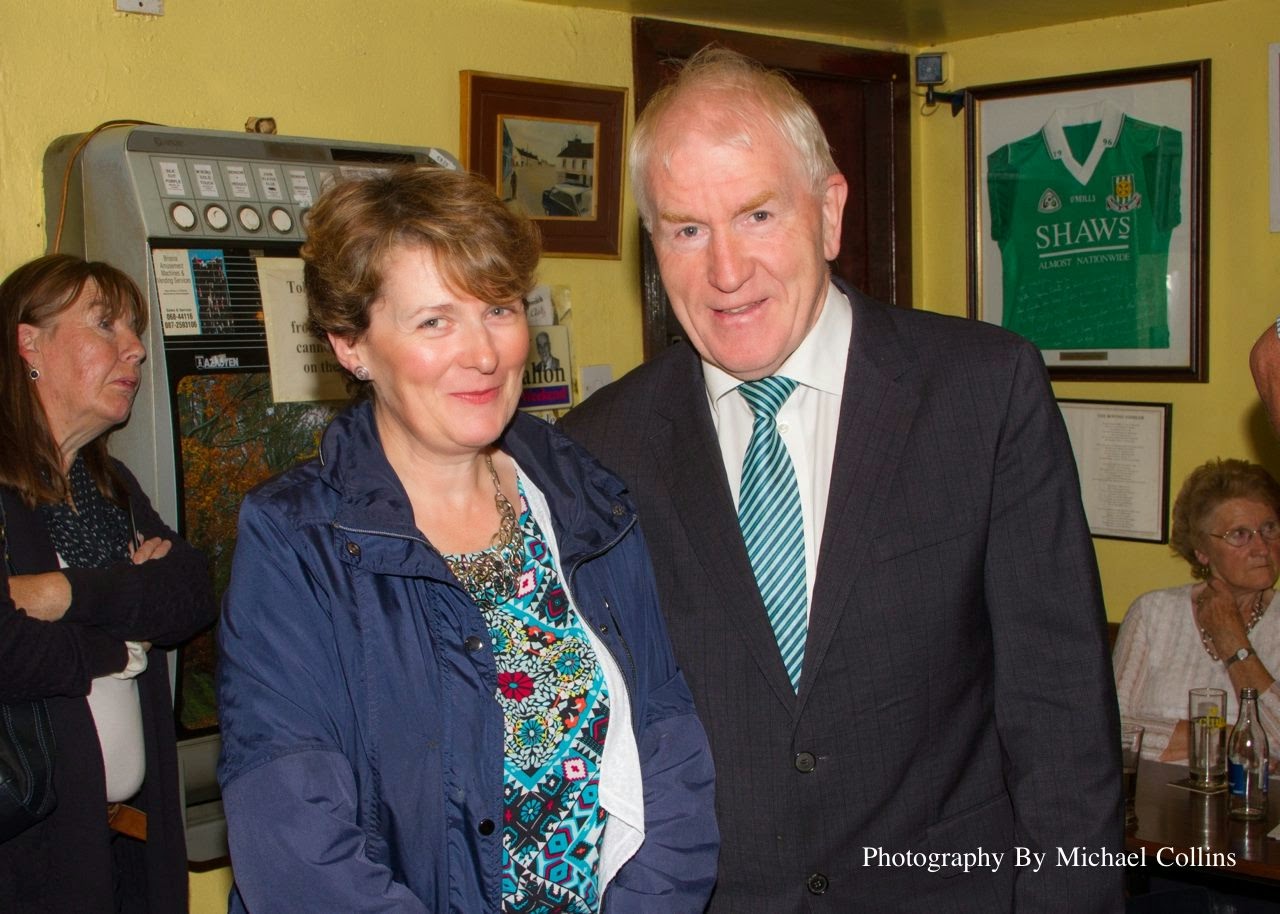 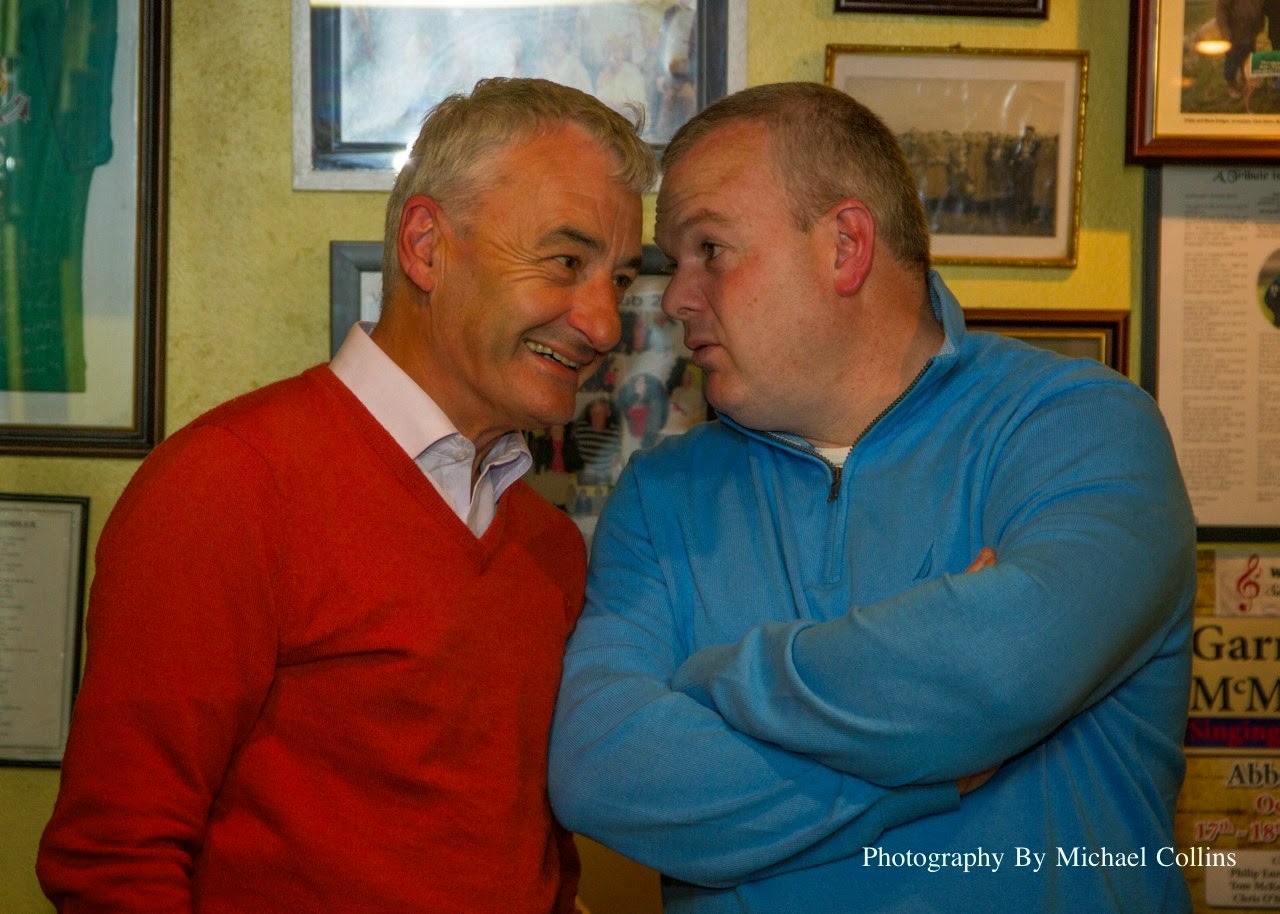 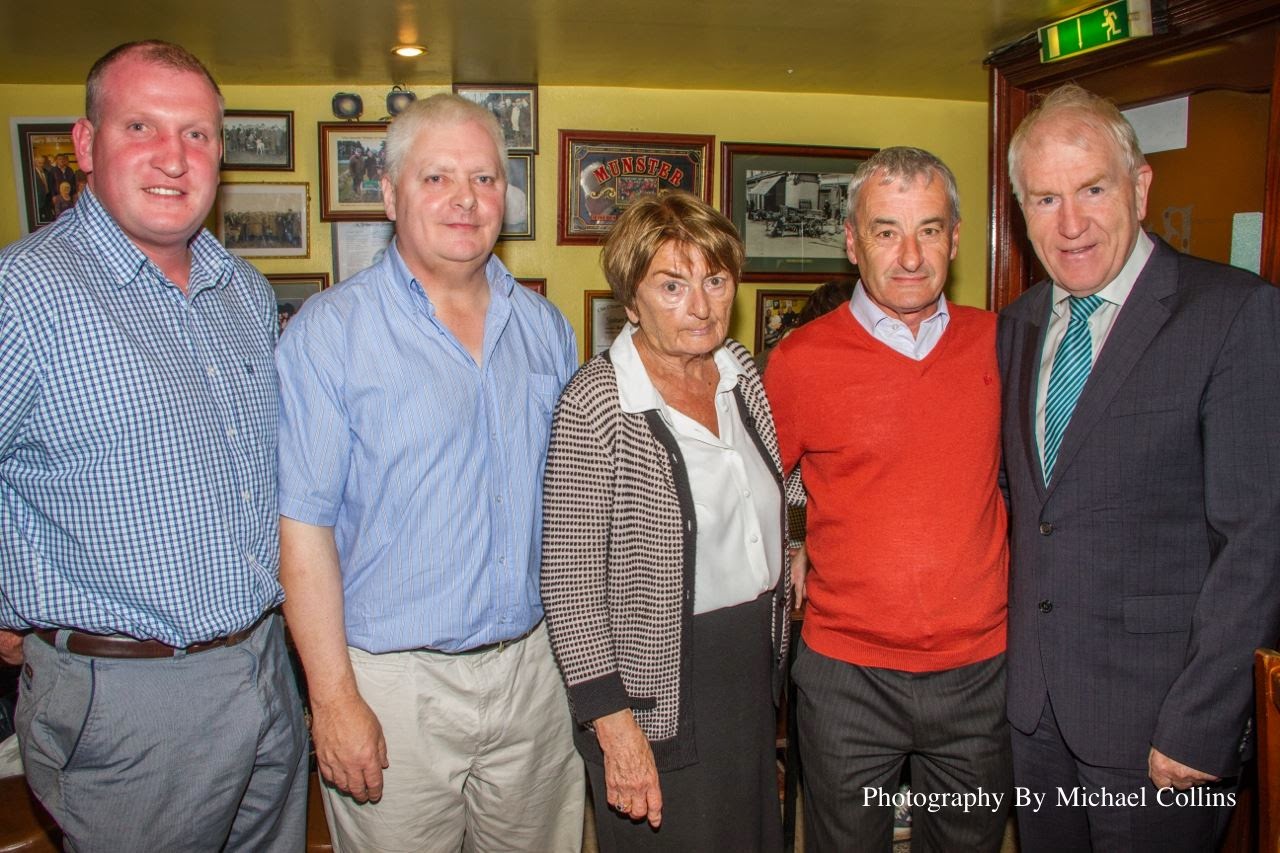 More photos and information about the club