Live Aid, Listowel, Ballybunion and Moyvane and some film news 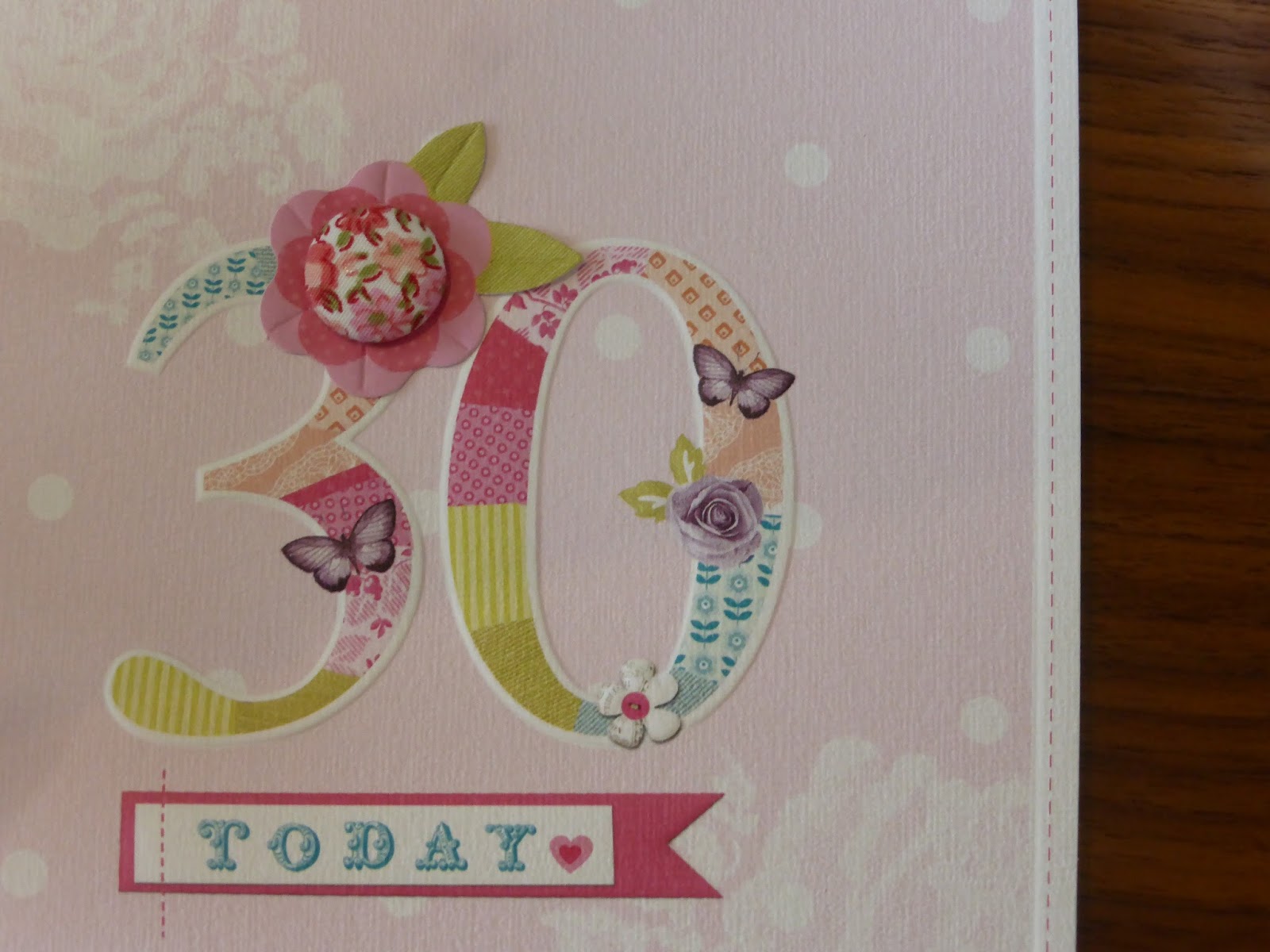 Today is July 13 2015. Thirty years ago  in 1985 on this day two very significant
events took place. One had world significance, the other just changed my small
world forever.

“Live Aidwas a dual-venue concert
held on 13 July 1985. The event was organised by Bob Geldof and Midge Ure to raise funds
for relief of the ongoing Ethiopian famine.
Billed as the “global jukebox”, the event was held simultaneously at Wembley Stadium
in London, England, United
Kingdom (attended by 72,000 people) and John F. Kennedy
Stadium in Philadelphia,
Pennsylvania, United States (attended by about 100,000 people). On the same day, concerts
inspired by the initiative happened in other countries, such as Australia and Germany. It was one of the
largest-scale satellite link-ups and television broadcasts of all time: an
estimated global audience of 1.9 billion, across 150 nations, watched the live
broadcast.”    Wikipedia

Meanwhile back in Ireland I was in a Cork maternity hospital
giving birth to my baby. She was eleven weeks premature and only two and a half
pounds.

Never was the difference between the first and third world so
evident to me. Babies like mine were not even being treated in Ethiopia. They
had no hope. Every effort was being put into the healthy ones.

In Cork my little scrap of humanity was placed in an incubator
with her own nurse whose only task was to look after Clíona round the clock. 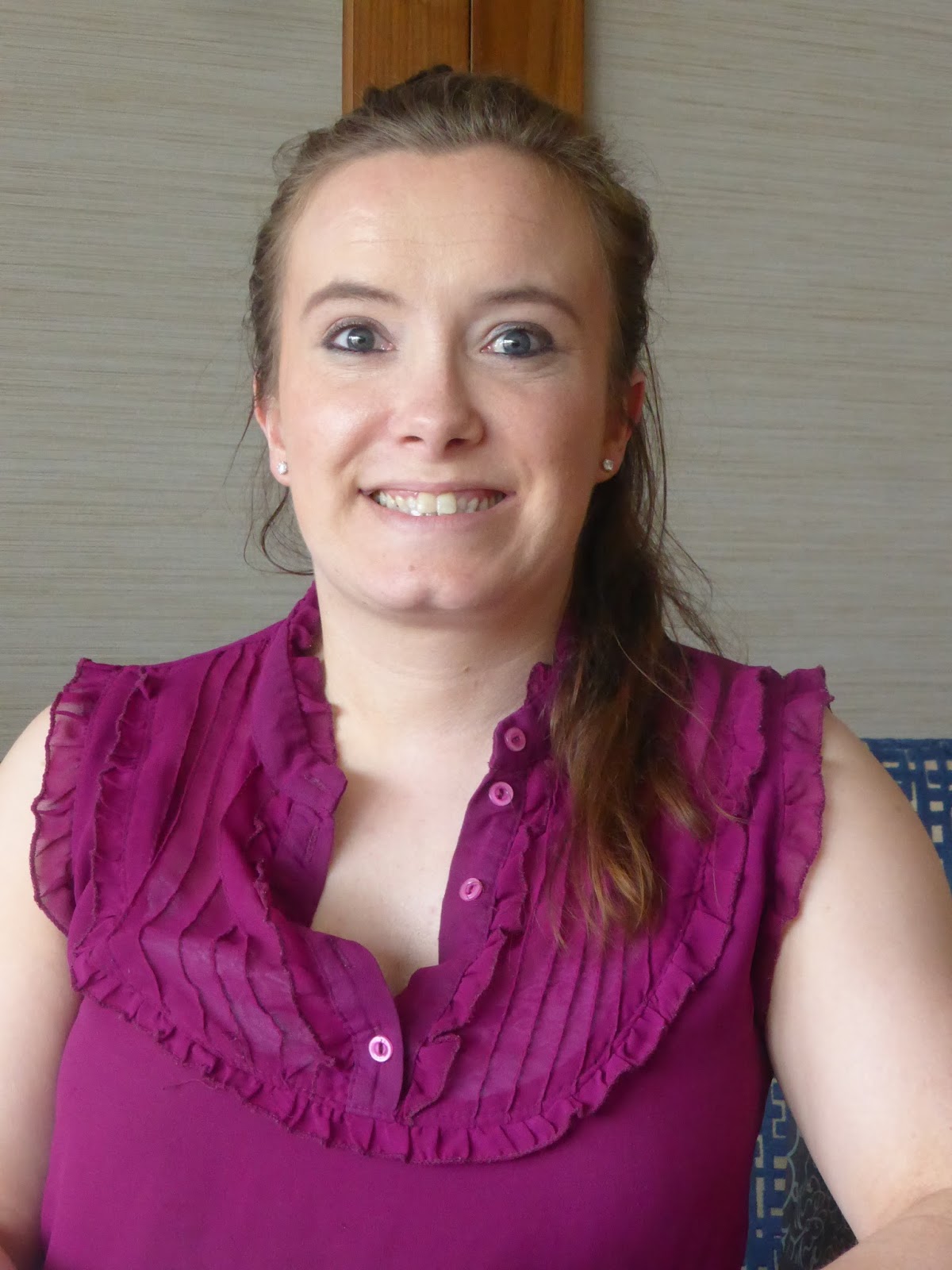 Where are you goin’ my baby, my own?

Turn around and you’re two

Turn around and you’re four

Turn around and you’re a young girl

Going out of the door.”

The words of the late Val Doonican’s song say everything about how fast
30 years have flown.

Some Random Listowel Buildings in Summer 2015 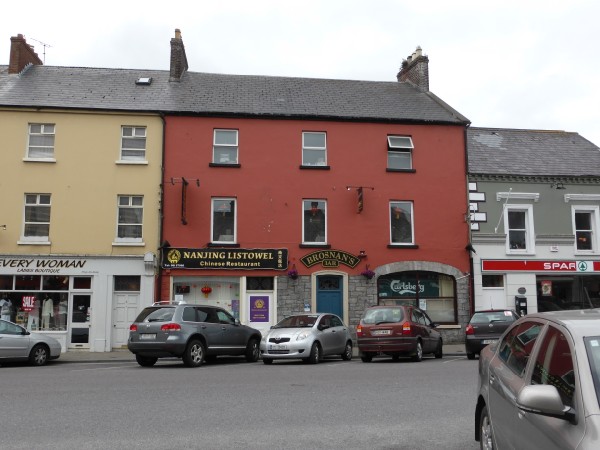 This premises on Market St. used to be Mary B.’s. The dining part has had various Chinese restaurants over the years and now it is Nanjing Listowel. The licensed premises has changed hands a few times too. It is now Brosnan’s Bar and has recently been refurbished. 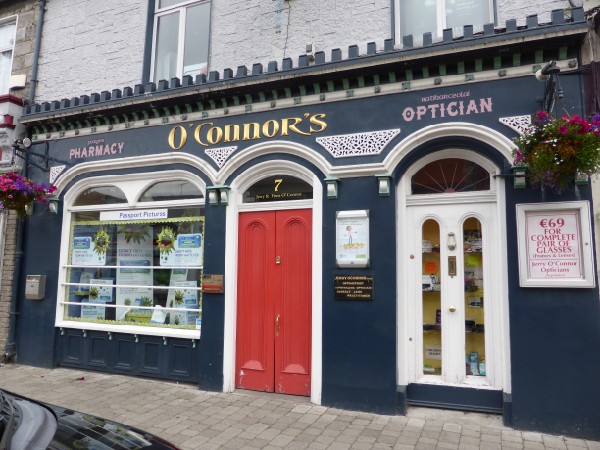 O’Connor’s Pharmacy on Market St. is one of the prettiest shopfronts in town. 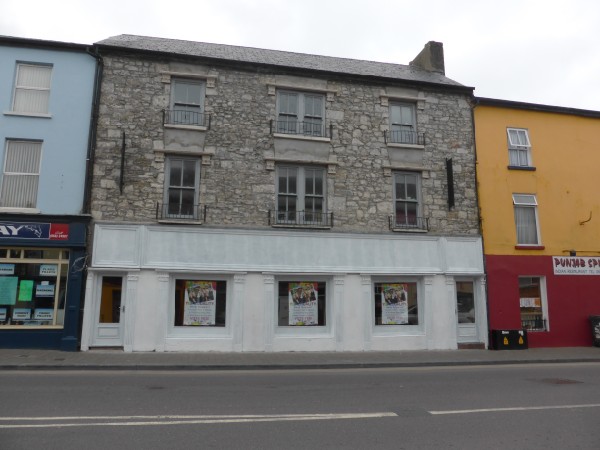 This building on Main St. used to be Chute’s Bar. In the heyday of the Celtic Tiger this was one of the busiest bars in town. It is now slowly undergoing a change of use and has been recently painted. 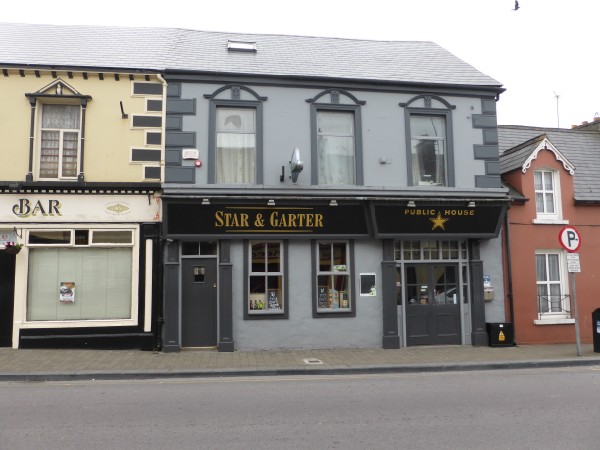 The Star and Garter on Church St. is another business that has recently undergone a change of ownership. It is now the bar to go to for craft beer, I’m told. 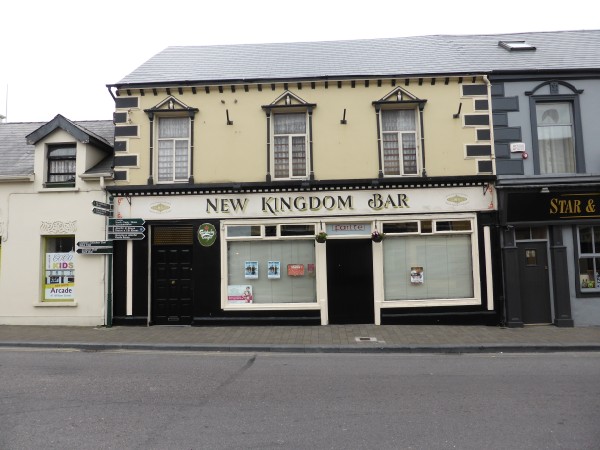 Next door to The Star and Garter is the New Kingdom, a popular bar with a popular and generous host. 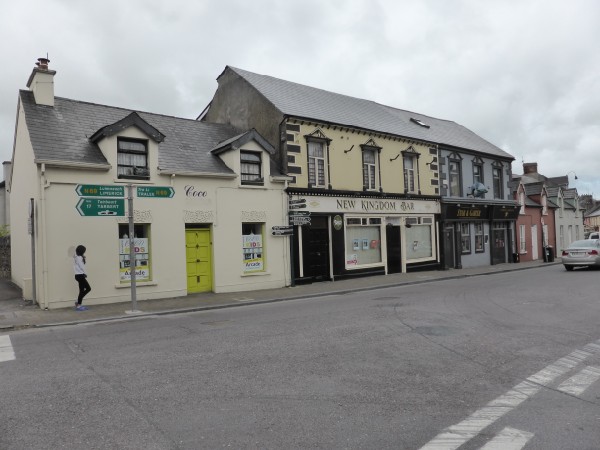 This is now that stretch of Church Street looks today. The shop at the end is the old Coco, now relocated to William St. 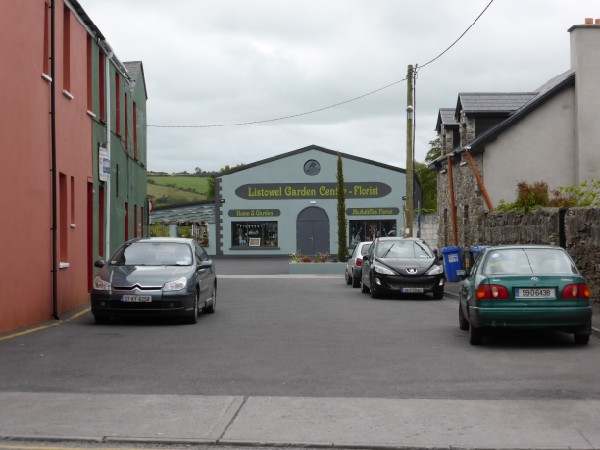 This is the new look Listowel Garden Centre, well set back from the road with its own parking area. 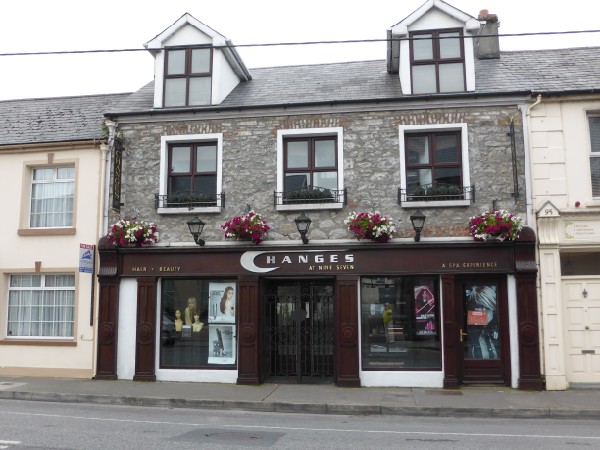 Changes Hair and Beauty is a thriving business in a very pretty building on Upper Church St. 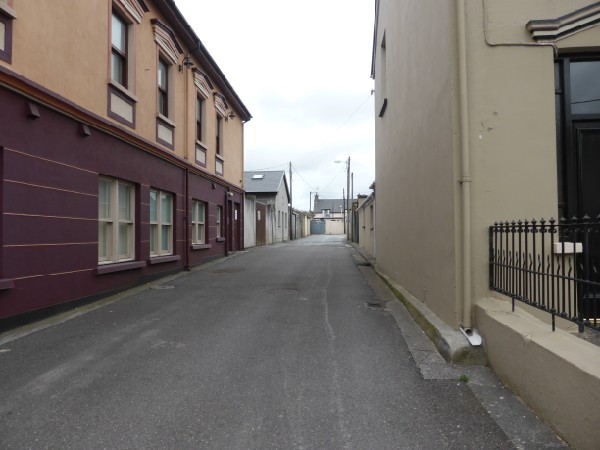 This is the side view of Listowel Credit Union and the lane beside it on a day when it was, very unusually, free of parked cars. This is directly across the road from Changes. 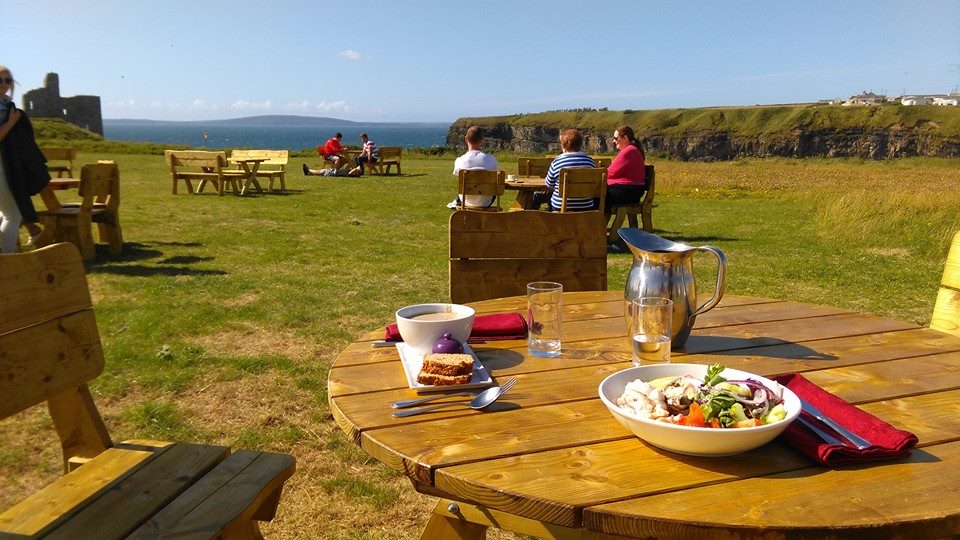 McMunns have added this outdoor eating area on the cliff top. 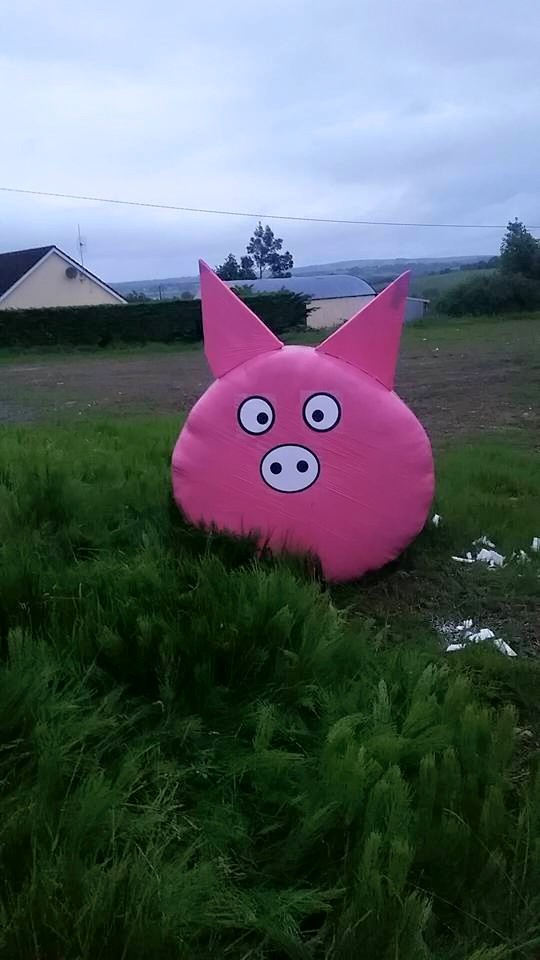 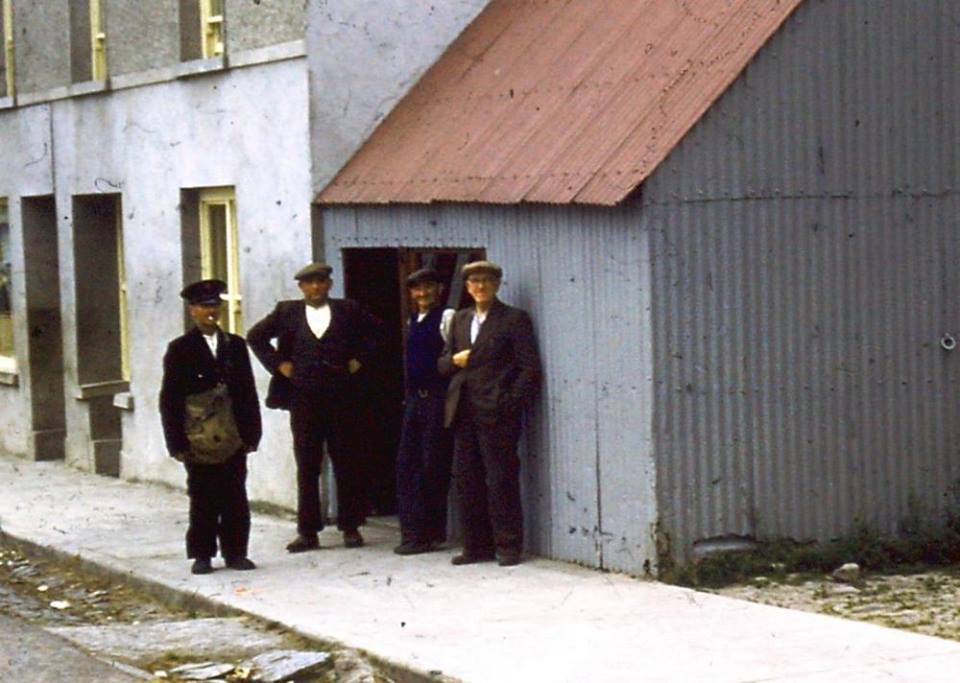 Who remembers Mary Walshe’s Dance
Hall that was once in Moyvane? Did you know it was once possible to get a suit
made without leaving the village with a choice of two tailors? Join us for a
historical walk around the village on Friday, July 17 at 7.00pm. Learn about
all the businesses that once thrived in the village like bakeries, butchers,
harness makers, and the legendary characters who ran them.

The walk led by Gabriel
Fitzmaurice will start at the site of Horan’s forge on the Tarbert Road.
Refreshments will be provided in Brosnan’s bar afterwards where the
conversation can continue. All are welcome to attend.

We will notify people on thisFacebook page if the walk has to be cancelled due to weather.”  (From the internet)

He has just won awards all round him in Berlin and Galway for his film, “You’re Ugly Too”.

He has a Listowel connection.

Mark is an up and coming film writer and director. He is the nephew of Helen Moylan and Tess Noonan of Listowel.

While I’m on the subject of films, don’t forget that the great Song of the Sea is in cinemas now. 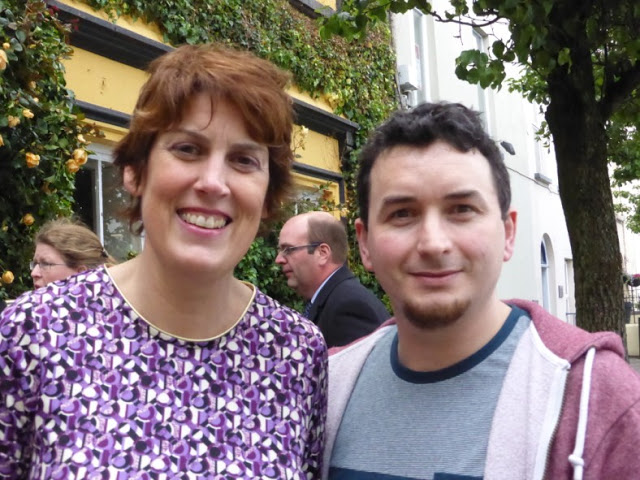 Will Collins, who scripted Song of the Sea was in Listowel for this year’s Writers Week. He is pictured above with Máire Logue.